We had the good fortune of connecting with Yulia Kirillova and we’ve shared our conversation below.

Hi Yulia, have there been any changes in how you think about work-life balance?

That’s actually one of the main things I’m working on in my life right now. Being an actress and a model in LA, I had a typical lifestyle. Leaving the house around 7am – breakfast, hiking, auditions, classes, meeting people, going to events and dinners – getting back home just to go to bed. Last October I got pregnant and we were not planning it, we were dating just for two months at this point. The best thing is that we were both into it and I was so happy but so scared as well. My baby is 3 months old right now, I haven’t worked in so long. I’m worried when I will get back to acting but also I want to enjoy every moment of the new life I created.  For women in Hollywood every day counts almost as a year especially if they put you in a certain “box”, type.

Now I’m thinking that I don’t want to separate my work and my personal life. I want to take my kid on set, same as my fiancé and I want them be a part of it. I want my son to be involved in my work process, so he has his own experience and opinion growing up in the industry.

Another thing is rest and taking care of myself, highly important for me. I have to take days off. Before the pandemic happened it was always Mondays, if I’m not booked for anything I’d go to a spa for a few hours and have a massage, then go to bed early. Like that I feel rested physically and peaceful mentally so I can be present and productive during the week. Trying to leave LA as much as I can, go to nature. Travelling really helps your inspiration and be more open minded I believe. Also I love cleaning, everything – house, phones, energy. Once in a while I have to do it so there’s a place for new fresh energy to come.

That’s what I’m trying to reach after having the last two years of my life as a big transition to another level. 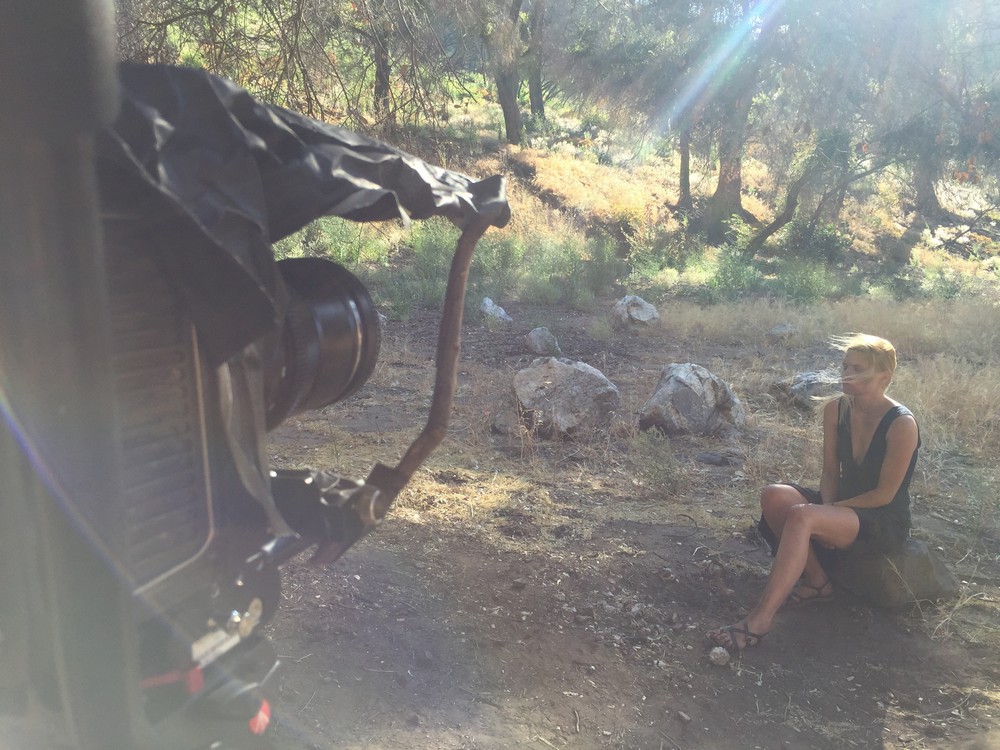 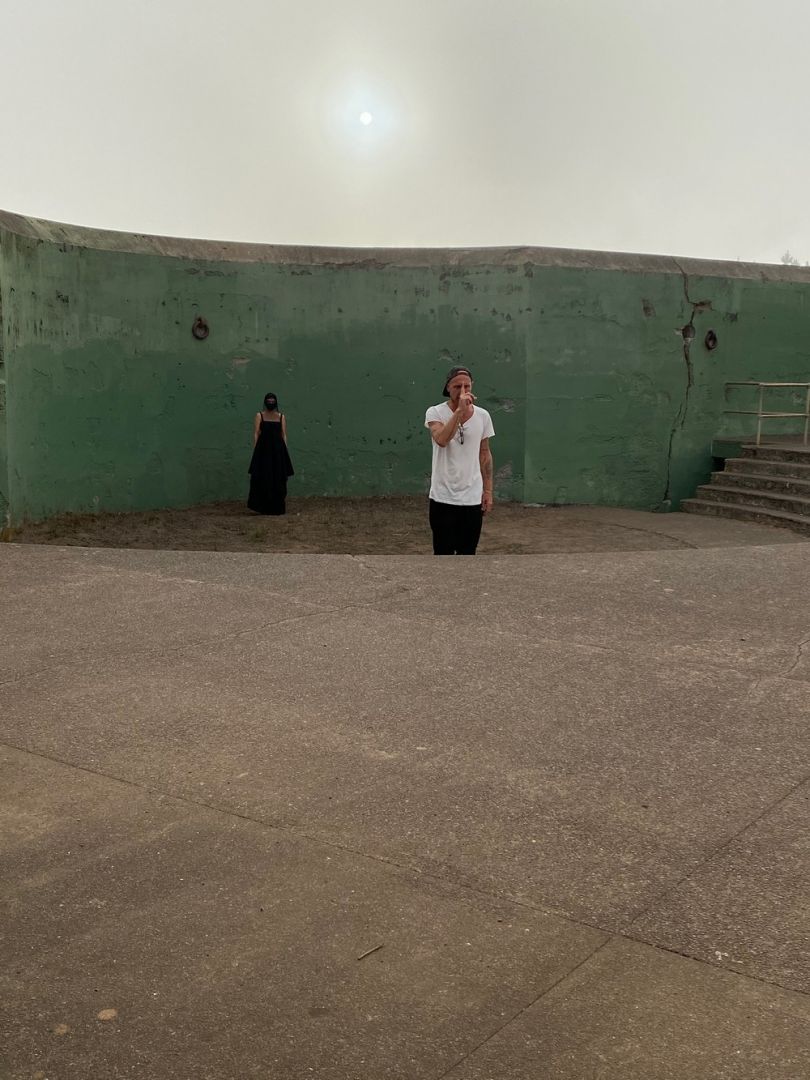 Can you open up a bit about your work and career? We’re big fans and we’d love for our community to learn more about your work.
Not very original but I began my career as a model when I was 18, after a few years of working and traveling, I moved to Paris permanently and entered a private drama school Le Cours Florent and soon enough moved to LA. Aside from acting first thing I started working on was my accent, not that I don’t like my Russian accent but I wanted to be able easily switch to an American if I have to. I’m not a typical Russian girl, I lived in different countries and I have wide experience of different cultures, so I can embrace different characters or dive into a real Russian. UCB improv theatre helped me a lot, doing improv on stage really breaks all your blocks. I’m very proud that I didn’t give up, I was so close. In my vision today you have to create your art, so you don’t just wait for someone to like you or need you for a curtain part. I believe we have to make those “parts we dying to have” for ourselves and social media is a huge help in it. For example, I wrote a feature film, which I’m producing right now. So far I was told by the producers who’ve read it, that my character is very unique and I wouldn’t have to fight a lot to play it. That’s the gold. It’s all come from working hard and never give up. I want to give up very often sometimes, but you can’t. And just keep doing what you doing, the world is changing so fast these days, so many distractions and doubts and that’s dangerous for actor’s crazy mind. We start thinking: “I’m too old to be an actress, I’ll try directing, a year later you wanna go back to acting. I’ve been there myself, but I’m an actress and that’s my job and that’s what I can do good and it makes me happy. I hope one day Hollywood will look at Russians differently not just a bad guy, a stripper or a spy. It is very possible in near future, the world becomes more and more diverse, people want to see more and more of different characters and cultures. Think of Netflix, there’s so many non American shows are popular all over the world. It gives anybody a chance to be seen. It is a great time we are living in. 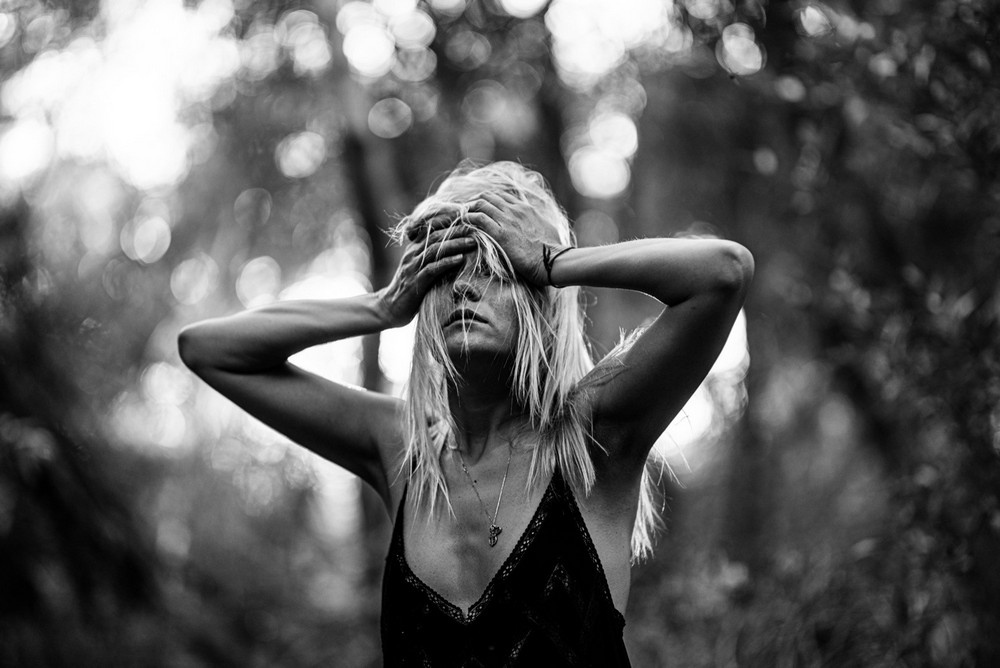 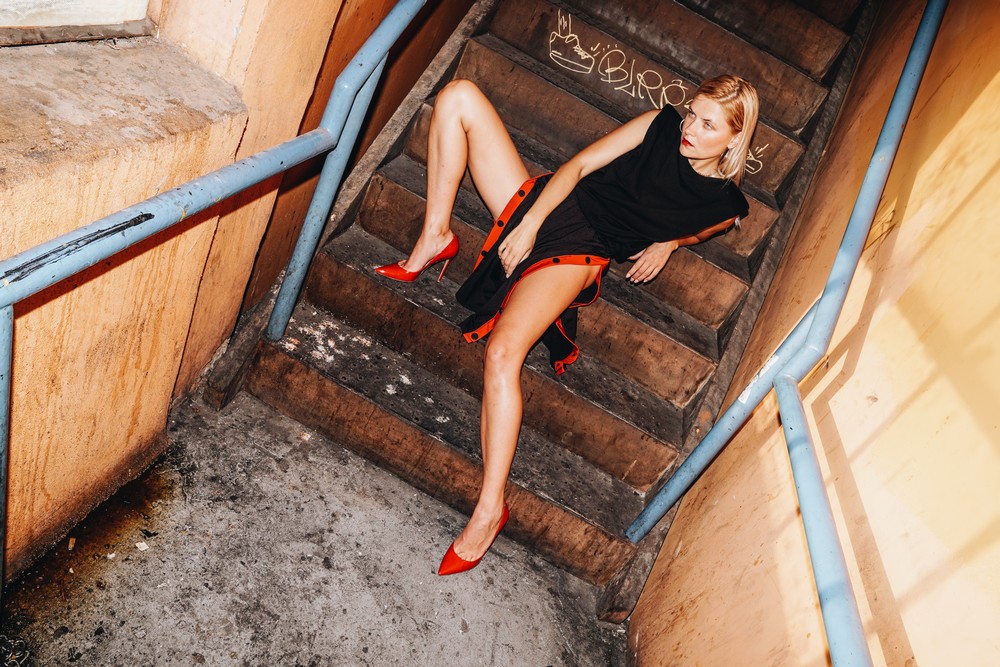 Let’s say your best friend was visiting the area and you wanted to show them the best time ever. Where would you take them? Give us a little itinerary – say it was a week long trip, where would you eat, drink, visit, hang out, etc.
From the East to the West Side, that’s what great about LA, so diverse. I would have breakfast at Beachwood Cafe or Stella in Silver Lake, spend time by Echo Park Lake, have sushi at Hama Sushi in Downtown LA, watch a movie or performance at Ace Hotel Downtown, their movie theatre is historical and gorgeous and usually has a cool line up. West side is special to me, I live in Venice. So I’d say hang out by the beach and jump in the ocean, it feels so good, I do it once in a while. Have the best in town cheeseburger at the Win-Dow on Rose. Lastly, I would go on a hike in Topanga, it’s called Eagle Rock, the view is incredible. Watching sunset on a weekday will help you appreciate nature and your life. 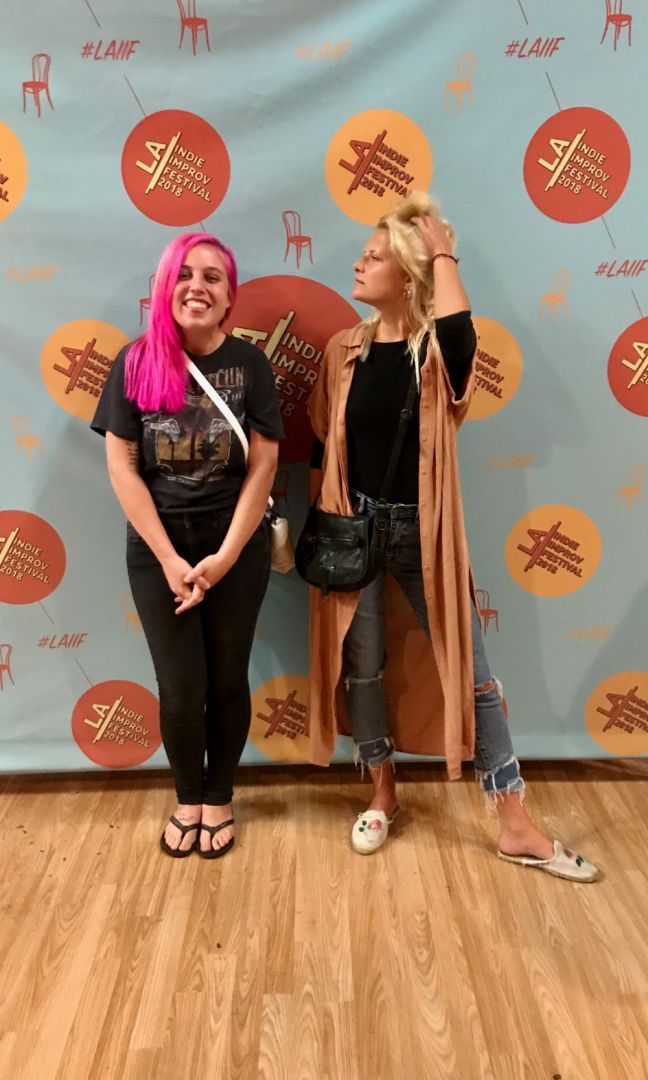 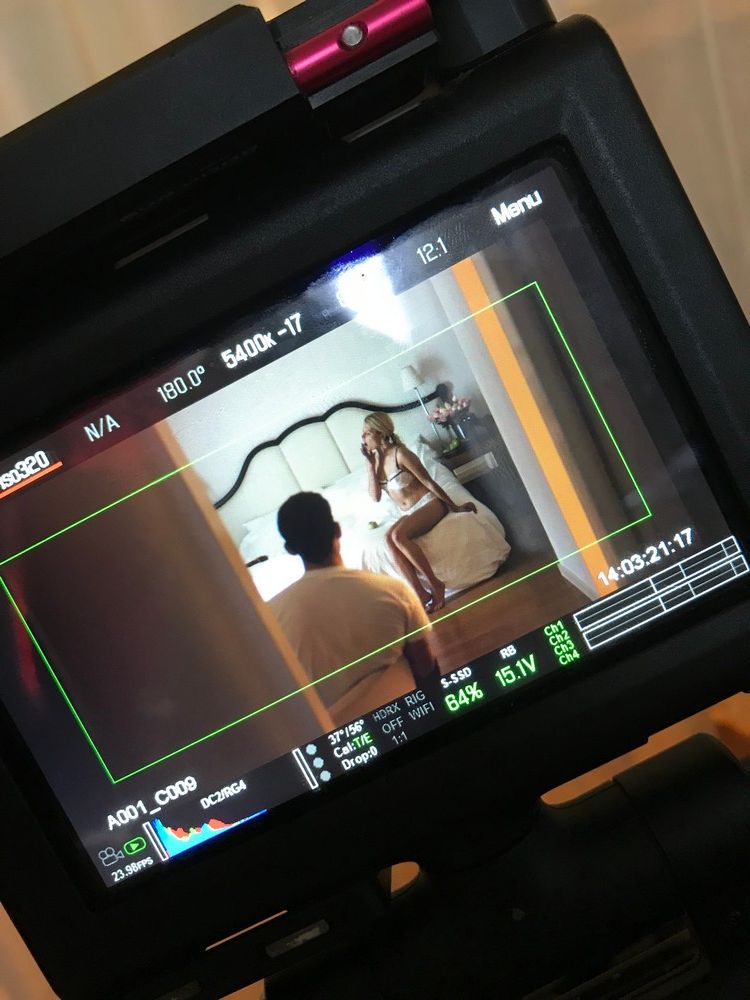 Acting wise, Robyn Cohen, my coach. She is at a different level. I cried like a baby during the first scene I did for her. She opened up so much in me, helped me approach acting and characters on a deeper level. Her classes are very small, very long and very intense. It’s not for everybody but it worked for me, maybe because I’m Russian, we take things very seriously, we’re very dedicated, hard working and a bit, a lot actually dramatic. Robyn just gave me that space where I felt I belong and there’s so much I can discover about myself working with her. She took my acting to another level. I remember I accidentally was invited for an audition of a 15 years old girl when was in my late 20’s and I booked the job because the director couldn’t find anybody better and just changed the character’s age.

Also UCB improv theatre. Improv isn’t easy for anybody but doing improvised comedy in your second language AND being funny, that’s something else. This place just made me embrace myself as a Russian actress trying to make it in LA. When I started studying and performing at UCB I was the only Russian there and it was challenging it’s very American crowd, so people there were fascinated by my background and experience, embarrassed when I made mistakes, irritated when I didn’t know the pop culture reference. I just left my comfort zone there forever, that’s how hard it was.

My family. I wouldn’t be who I am, without my family and my background. In Russia we respect our roots and where we come from. I’m very proud to be Russian, despite all the political talks, loves and hates going on right now, my country has a long history, it is very rich culturally and there were always many talents coming from Russia. 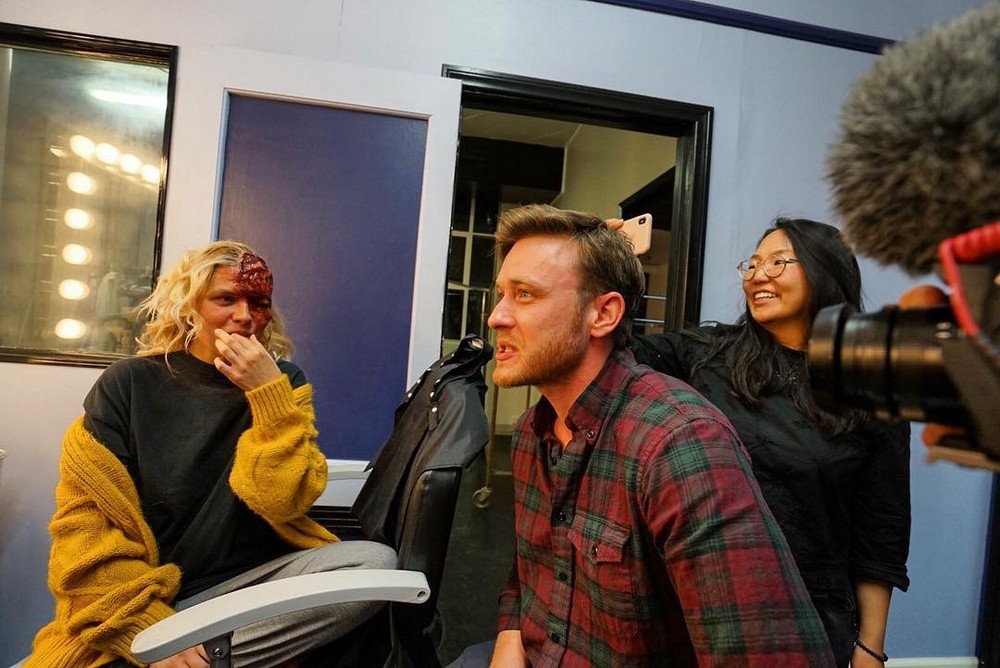 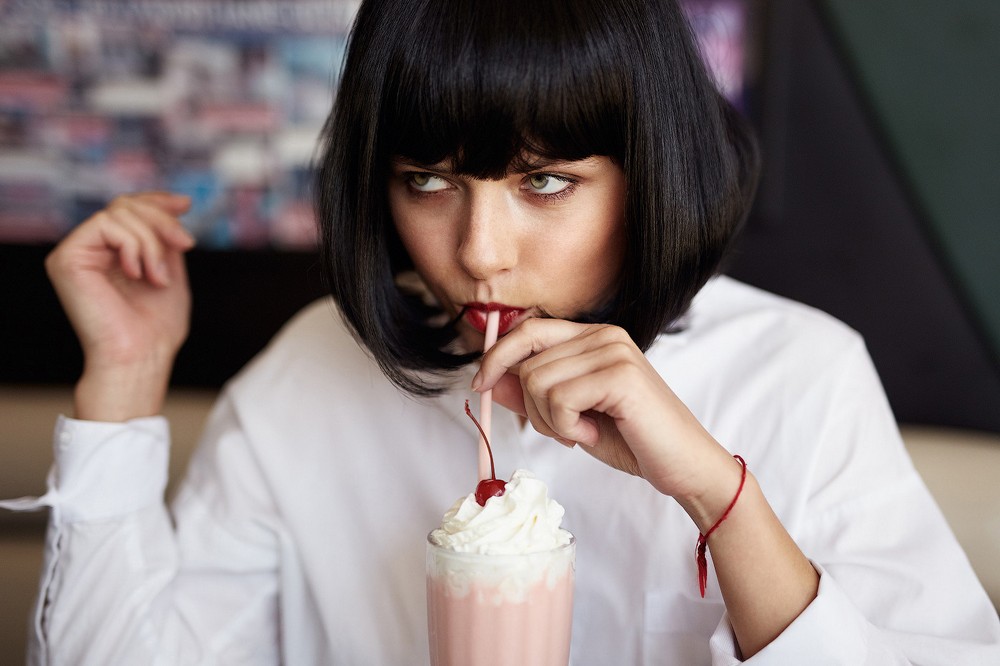