We had the good fortune of connecting with Yunhong Pu and we’ve shared our conversation below.

Hi Yunhong, how does your business help the community?
I am a documentary filmmaker. I believe documentary films are core elements and prompters of social issue campaigns. Documentary films are an in-depth and informative resource that is a perfect platform to create dialogue. They serve as powerful tools that bring important topics to the table in a captivating way that also sparks conversation, and sometimes even social movements. Character-driven, feature-length documentaries focused on the stories of real people put a human face on global issues that might otherwise seem distant or unrelatable. Hearing and seeing these real experiences through the dedicated work of documentary filmmakers helps us put ourselves in the shoes of others, building bridges of empathy in a world that desperately needs our engagement and compassion. 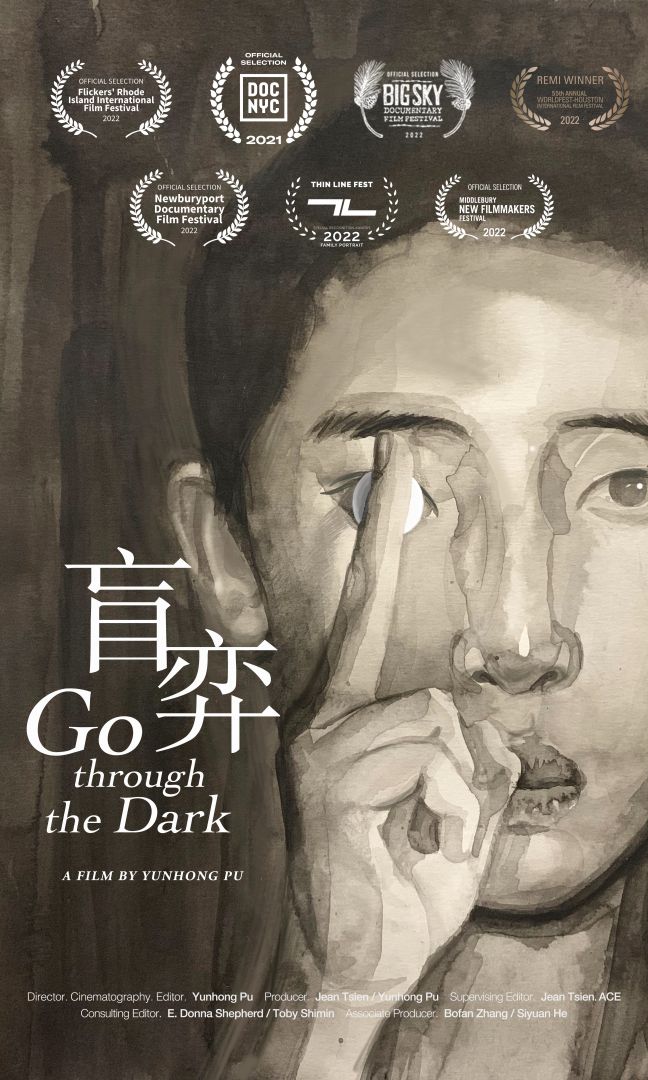 Can you open up a bit about your work and career? We’re big fans and we’d love for our community to learn more about your work.
The film GO THROUGH THE DARK is my first feature-length documentary film which tells a story about the challenges of an 11-year-old blind boy and his father who depend on each other. The boy’s blindness, family background, and society they live in—block them from chasing their dream to make the boy a professional Go player, and the tough decisions they need to make on the way to pursuing their dream. Go, invented in China more than 2,500 years ago, is an abstract strategy board game for two players— the aim is to use the playing pieces on the board to surround more territory than the opponent. According to statistics, there are about 10 million Go players in China, including 483 professional players. As for the blind, Guanglin has reached the highest rank of blind Go players in the known public view. And he’s the only blind Go player who began to play after being blind. Go is regarded as a kind of extreme brain challenge. Professional Go players have a high social status. For the Guanglin family, being a professional Go player means full success.

As I followed Guanglin and recorded his story, I realized that the blindness had brought him more inconvenience and painful memories than positive attention from society. In my hometown in China, there aren’t enough social resources to support the career development of the disabled. As one of the vulnerable groups, disabled people are limited in choosing their jobs and professions. Guanglin picked up playing Go because it is the only hope that can make him privileged in his disadvantaged life. Take another example, most blind people in China become massage therapists because masseurs require subtle senses of touch. I then asked myself— Are these visually impaired so willing to massage? Or they chose to be massagists just because this job depends on the sense of touch, and doesn’t need vision? To me, the disabled are more like vulnerable victims of the undeveloped social system.
In China and even throughout Asia, the social status and salary of blue-collar workers, that is, manual labor are generally the lowest. And white-collar workers, mental workers, have higher social status and salary. Guanglin’s father used to be a long-distance bus driver. He used to think that Guanglin’s future would be to do blind massages like most blind people in China, using his physical strength to earn a very low salary and social status, while Go players have a high income. So when he discovered that Guanglin had an extraordinary talent in Go and could use his brainpower to win the respect of society and support himself, he was so excited because it could not only change Guanglin’s life but also enable their entire family to achieve a class leap.

When I first heard about Guanglin, he was already well-known in the Chinese Go community as a blind Go player. People knew that there was a blind child Go player, but they didn’t know the troubles he had to face. His difficulties were not just his blindness, but also the lack of societal facility, and some extremely challenging choices.

Seeing a blind child chase a dream is a very inspirational story, but at the same time, it is also an in-depth exploration of human nature. I hope that through this film, society can provide more help and opportunities for disabled people so that they also have the right and opportunities to chase their dreams.

Of course, I also hope that more people will know the story of Guanglin and his father and be moved and inspired by their stories like I am.

When I first start to make this film, everything is unknown. That makes me don’t know how to start and where to start. At this time, my passion and interest in films really helped me a lot. When I pushed myself to make take the first step, everything became simple. But keeping going is a difficult thing. With the gradual deepening of the process, I encountered more and more difficulties. The content of some stories and the relationship between the characters involved in the stories has become more and more complicated. These things drained my passion and interest, making me sometimes find it difficult to stick to them. In order to solve these problems, I have been reminding myself of my goals to encourage myself. 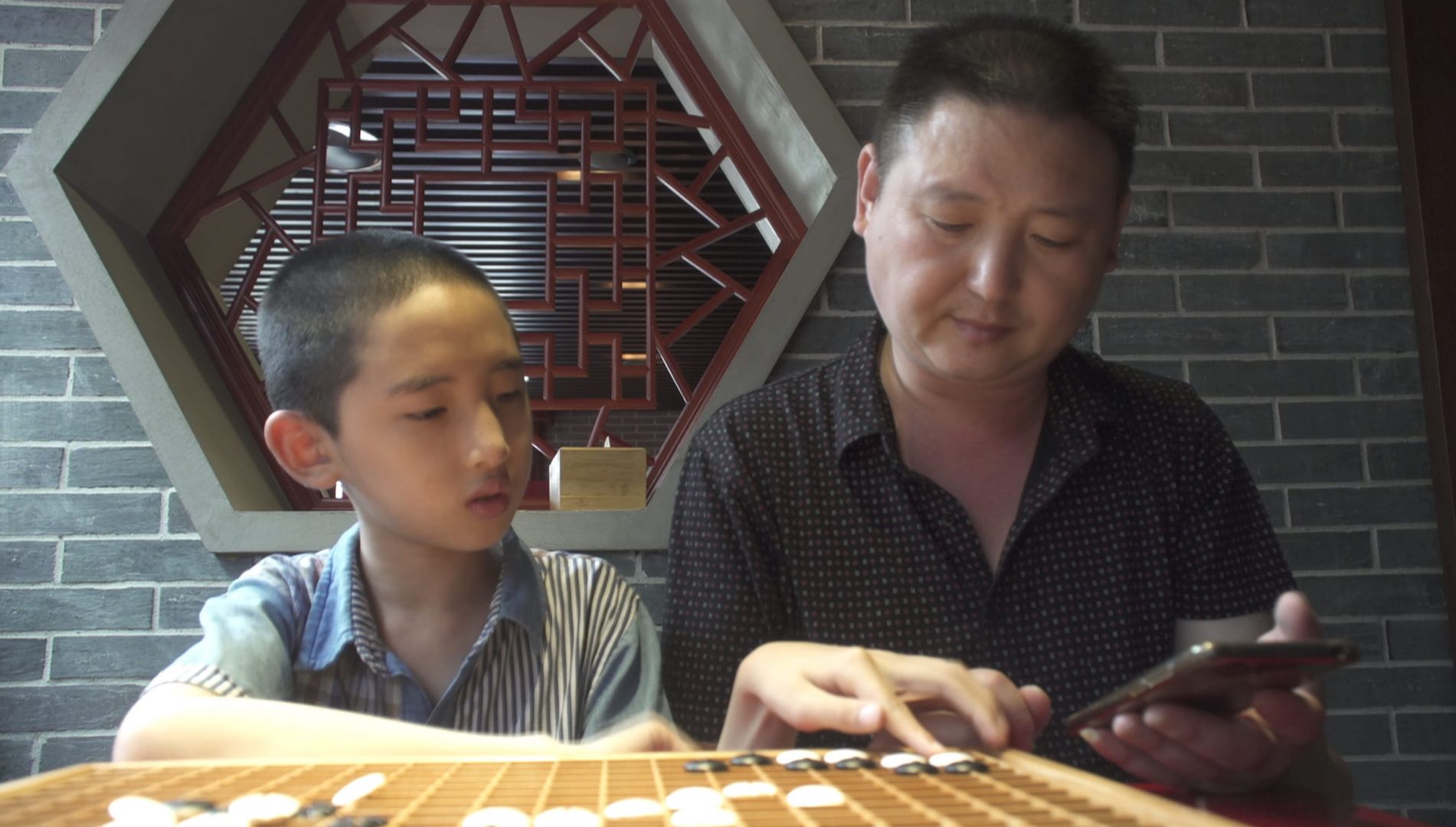 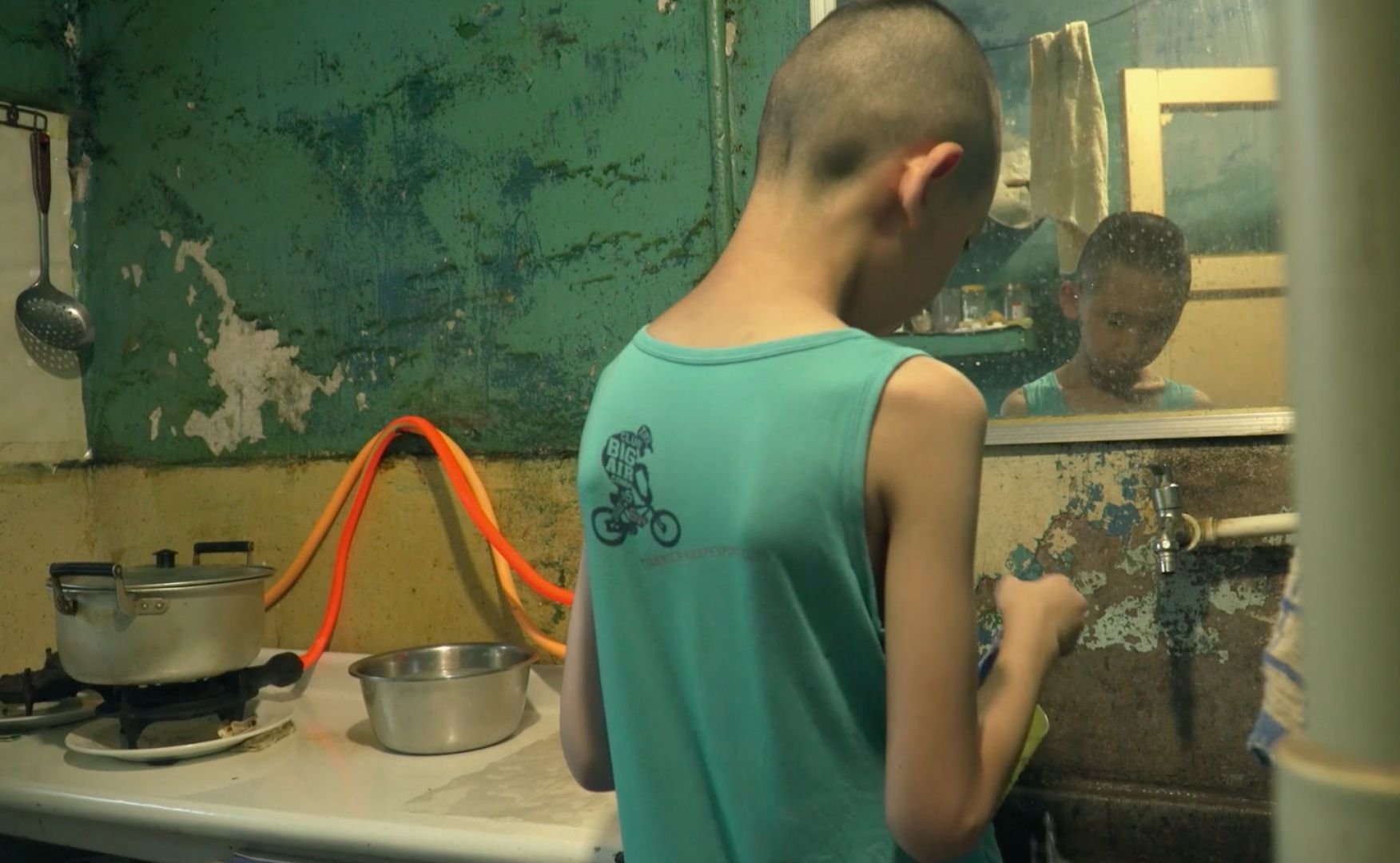 Let’s say your best friend was visiting the area and you wanted to show them the best time ever. Where would you take them? Give us a little itinerary – say it was a week long trip, where would you eat, drink, visit, hang out, etc.
I’d like to take them to museums which is the best part of NYC. When I was a student I spent a lot of time in museums which are very suitable to think. 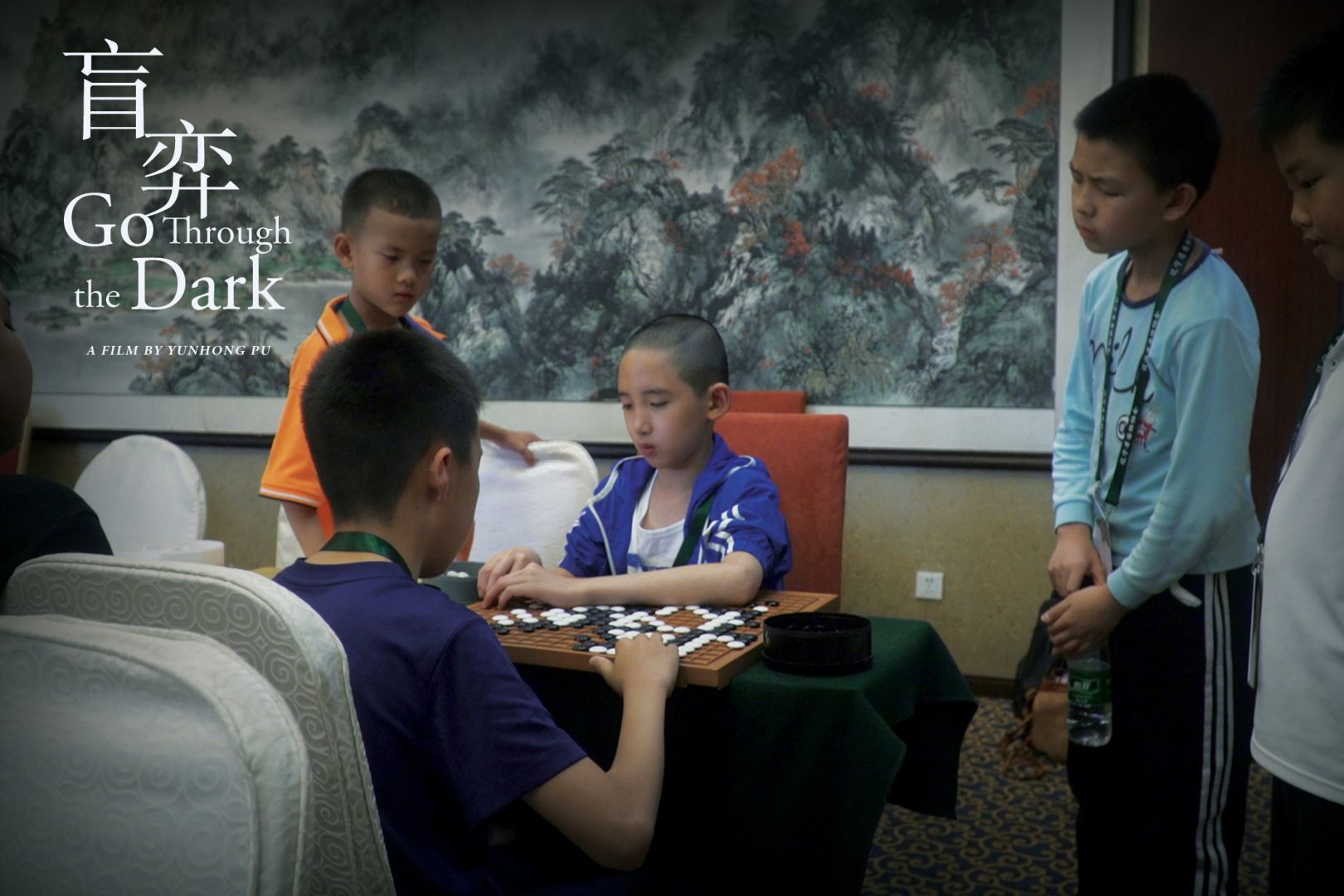 Shoutout is all about shouting out others who you feel deserve additional recognition and exposure. Who would you like to shoutout?
My school SVA supports me a lot. First, it gave me a good practical idea, technically I mean, of how to make a movie. The school was pretty conservative about the approach to production, which gave us a good sense of the way things are traditionally supposed to be done. I’ve often departed from the way we learned to do things in school, but having that foundation has informed my choices in a way that I’ve found very useful. The second, and most important thing, was meeting many of the people who have become my longtime collaborators.
So many people helped me during making this film. I am very grateful. 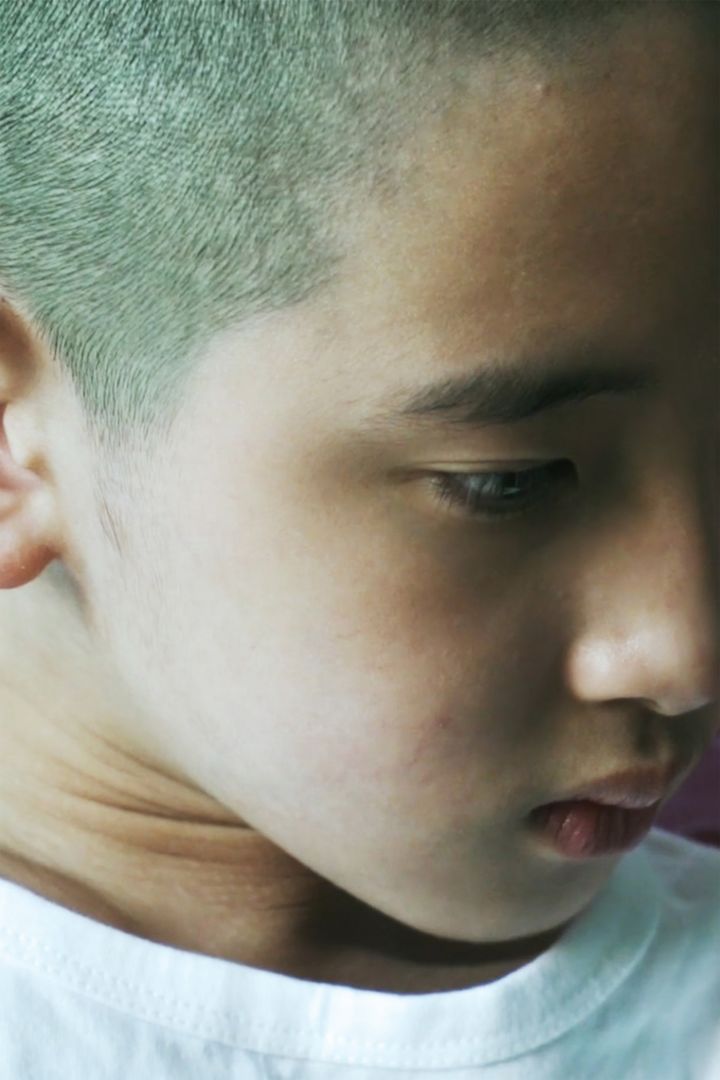