We had the good fortune of connecting with Yuxin Zhong and we’ve shared our conversation below.

Hi Yuxin, why did you decide to pursue a creative path?
I am from China, and I went to the Communication University of China for my bachelor’s degree. I had been a “nerd” for the first 20 years of my life until I found myself interested in film making and I tried my best to change my major from board casting technology to Digital Media Arts in my undergrad. That was a life-changing point for me. It all began with the first documentary short I made in 2015. I saw the news about guide dogs being finally allowed to take the subway in Beijing, which was a game-changer for all the guide dog owners in China. My documentary features a visually impaired woman who takes her guide dog onto the subway for the first time thanks to Beijing’s new policy since May 1st, 2015. Even though this film was made by a first-time filmmaker, it raised a lot of attention for those visually impaired groups in society. Through that experience, I got to know more about their uneasy but meaningful life, and I see so many strangers showing their respect and love. That’s the moment I realized how powerful a documentary can be. Since then, I started to learn filmmaking and went to dodge film school of Chapman University. I truly believe films play a crucial role in society as education, emotional support, and inspiration in society. And that’s why I choose to pursue a creative career. I want to change the world even with my tiny effort. 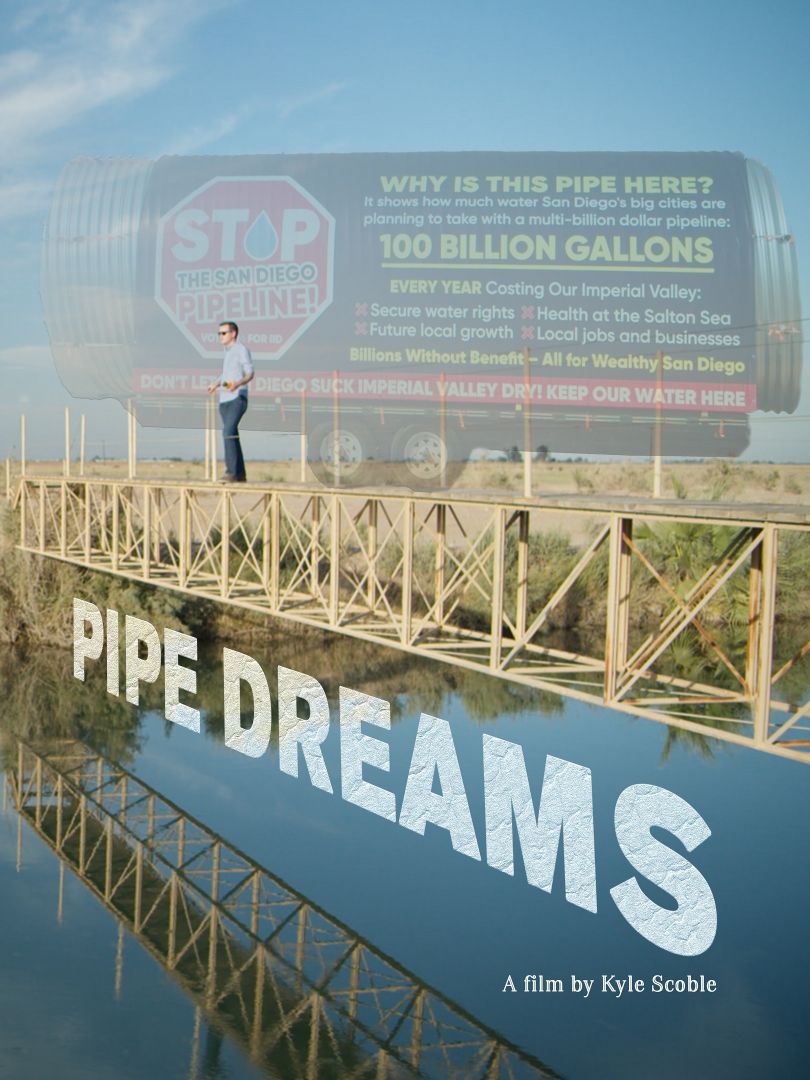 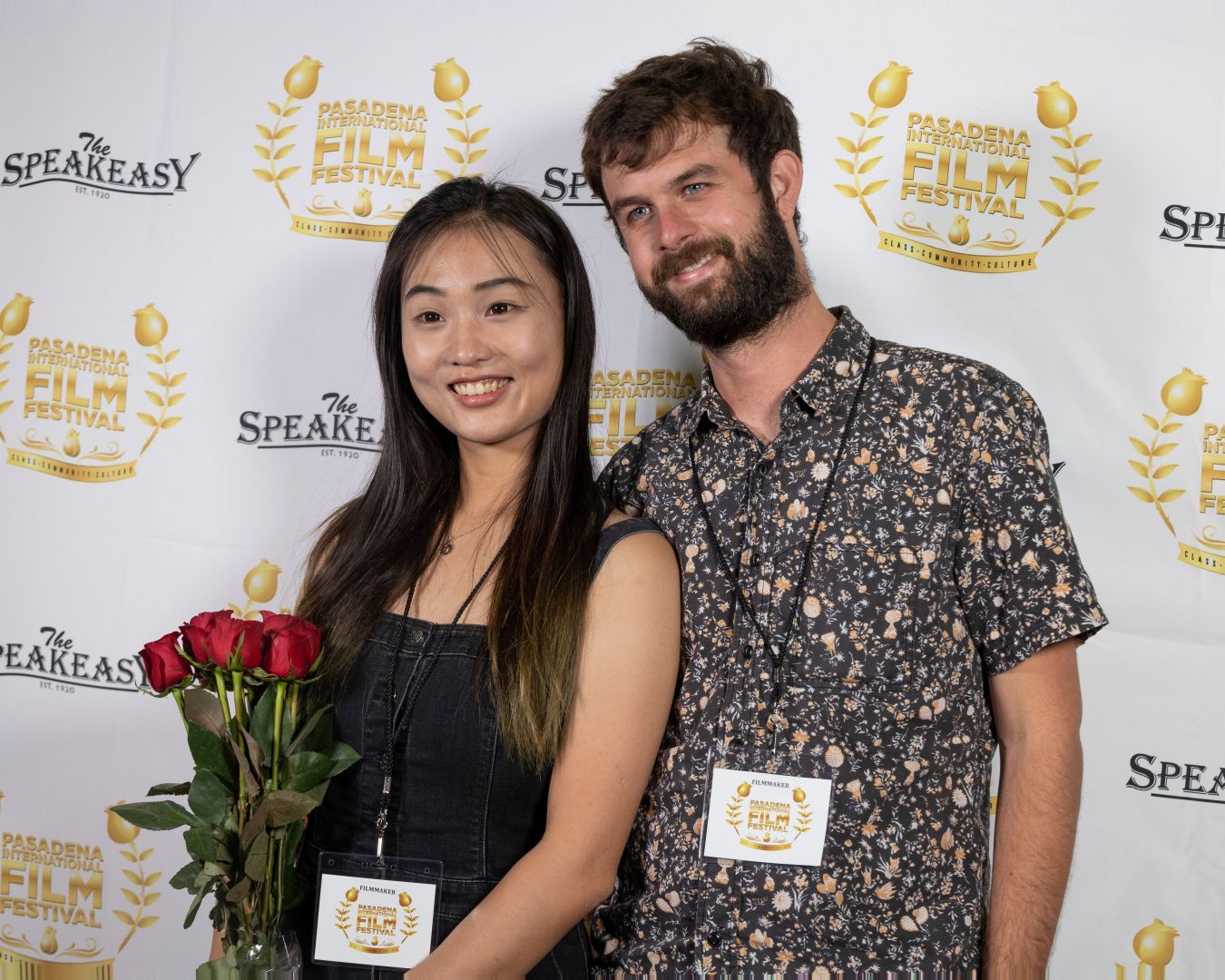 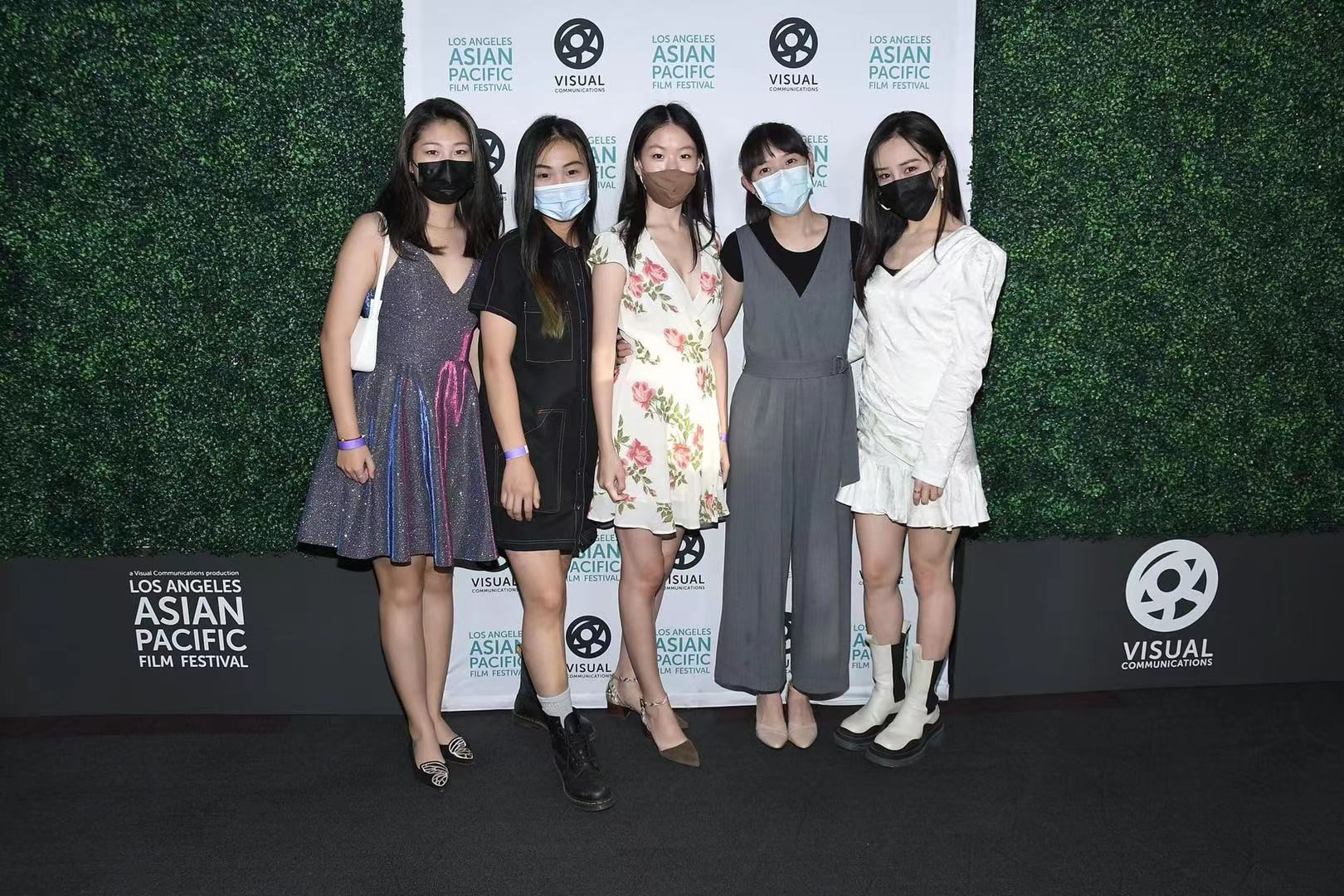 Alright, so let’s move onto what keeps you busy professionally?
I edited lots of narrative films as well as non-narrative films. But most of the projects I edited aim to tell stories related to discrimination, bias towards women, and unfair treatment to the ordinary people under the complex political environment. As a BIPOC editor, I prefer to work on projects that can wake up the audience’s awareness to care about the people who live on the edge as well as the threat to the environment. One of my short narrative films is called STILL ROLLING, revealing a toxic working environment in the film industry through the POV of a young female filmmaker. The director of this film Liang-Chun Lin is also an inspiring female filmmaker. We put our own experiences and opinions into the story and completed a touching film that we are very proud of.
Another documentary short I edited is called “Pipe dreams”, which features a 24-year-old man running for office to save the future of his county; the Imperial Valley is the largest irrigation district in the United States yet decades of ignoring the Salton Sea’s ecosystem and transferring the water away from the community has forced JB Hamby to get involved and run because, in the Imperial Valley, water is life. That film made a serious discussion about the water transfer issue across the US. And after we brought the film to many film festivals, more people started to join our discussion about the environmental problem and how scary it would be to be people ignorant. That experience made me believe in the power of filmmaking to educate and help people.
I am currently editing an independent documentary that features a woman who was sexually abused as a kid and being insecure put her into drug addiction. But gradually she rebuild her confidence and started to find her personal goal for her family and herself. Inspiring stories like this gave me the ability to look at this world from different angles. I desire to keep discovering and telling stories via film to make my career meaningful and also grow myself to a strong and caring and positive person.

Filmmaking is never easy because it’s teamwork. Especially when I play the role of an editor in the crew. I have to spend a lot of time communicating with the different directors to understand their vibes and preferences. I am already lucky that I got to work with some people I like, but it’s impossible that one can always agree with other people, especially when discussing arts. In the beginning, I had my ego, and I was stressed about communication and always tried to say no to what I didn’t like. But after I learned more about storytelling and creative expression, I opened my mind, and I learned how to listen to people and respect their artistic desire. It helps me pursue various editing styles and get interested in the differences more.
As an ordinary recent graduate, looking for a job to support my filmmaking life spiritually and financially is very important too. But I had struggled for a long time looking for a job that pays me well and treats my passion well.
My first paid internship was being an assistant editor in a small production company in Hollywood. As a student, I put myself in a very low position and did whatever assignment my boss asked me to do. Because my only goal was learning from the filmmakers actually from the film industry. But It turned out it is a very unprofessional company and I was the person who knows how to fix everything in the post. The director and also the CEO of that company was like con artist to me. He kept talking to everyone about how good their projects are and how many fans they have. But after my hard work for six months, they didn’t pay me the amount that I was supposed to get. Because they told me they were still waiting for the funding. The whole experience was like a trauma to me. I started to be afraid to trust any company because I thought everyone would love to take advantage of a student or even a recent graduate. After all, we are not powerful enough. And as an international student, I was even afraid to make a scene to take them to the court even though I know they would lose the case.
I started to be very cautious and torn while looking for jobs. I worked on many projects that paid me a little or paid me nothing. But a voice in my mind always reminds me to keep going. I just need to keep working hard and one day big projects will find me and appreciate my work. And after three years of that awful experience, I found myself in a production company that treats me well and respects me. And I can finally do what I enjoy with a bunch of talented people who share the same passion as me.

Positive energy can bring good luck! That’s what I learned from my experience so far.
I see myself as a negative person because I always overthink and assume bad things would happen. “What if I can’t find a job to pay my rent?” “What if I can only work on shitty projects?” “What if I can’t get a working visa to stay in the US?” “What if I can’t find a good job either If I go back to China?” etc.
The Pandemic was killing me emotionally. Homesick and unemployment made me hopeless, constantly. But looking back from now, all good things happened when I was positive. When I didn’t care if I needed a boyfriend, I met my amazing boyfriend who supported me and shared the same filmmaking dream with me. When I told myself to take a break not worry about jobs, I got the interview opportunity that gave me my dream job. I am not a religious person, but I started to believe positive energy can always attract good things to me.

Let’s say your best friend was visiting the area and you wanted to show them the best time ever. Where would you take them? Give us a little itinerary – say it was a week long trip, where would you eat, drink, visit, hang out, etc.
The most thing I love about LA is that there are so many different cultures and Plant-based restaurants around, which are very eco-friendly and fancy. So I would take my friends to some good Plant-based restaurants such as Sage and Monty’s burger, and my favorite food truck is Plant Power! It’s my to-go spot every Friday night.  Also, I’d love to take them to The Broad Museum and The Getty Villa, where you can experience the greatest Art natural landscapes. 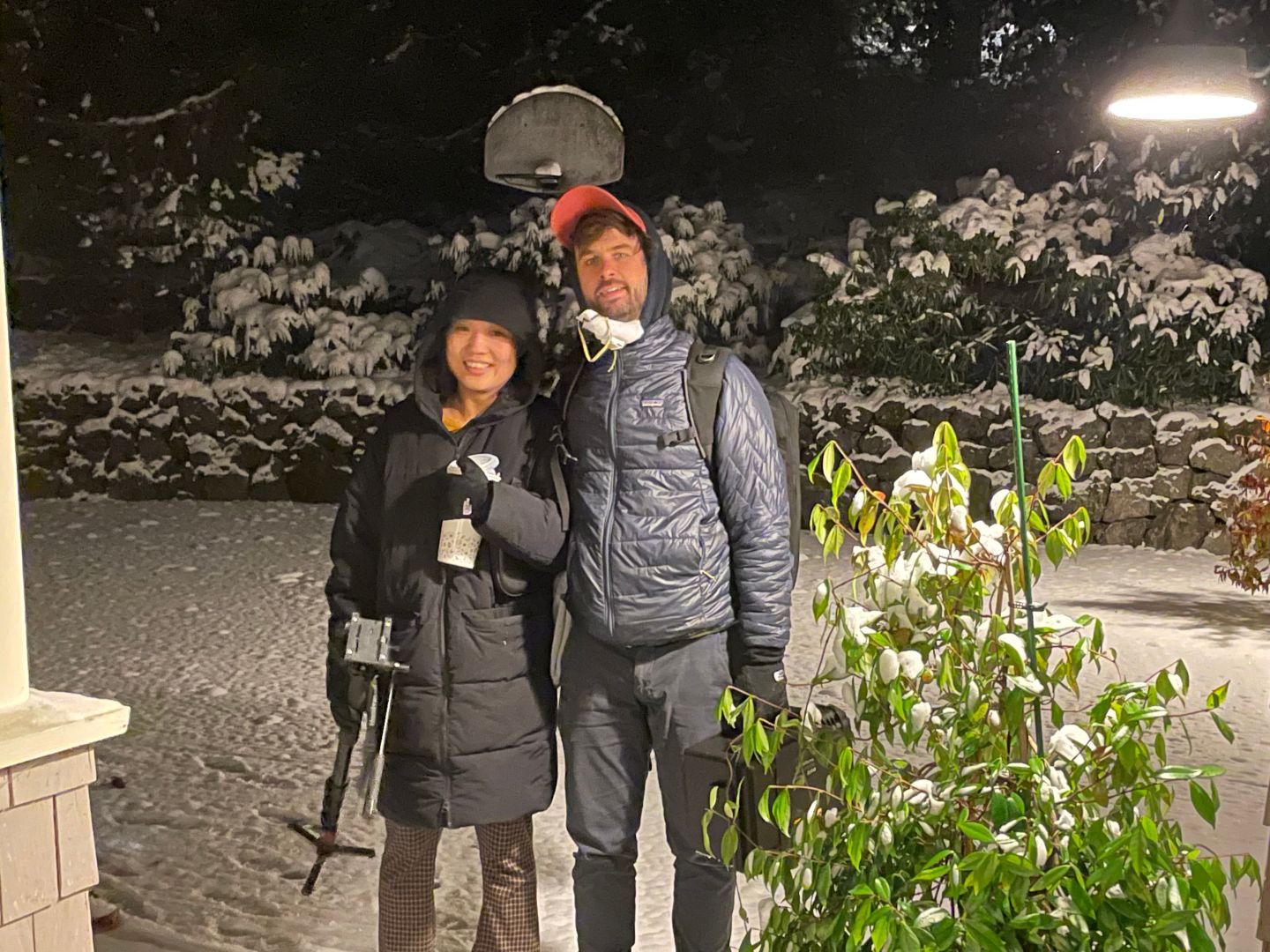 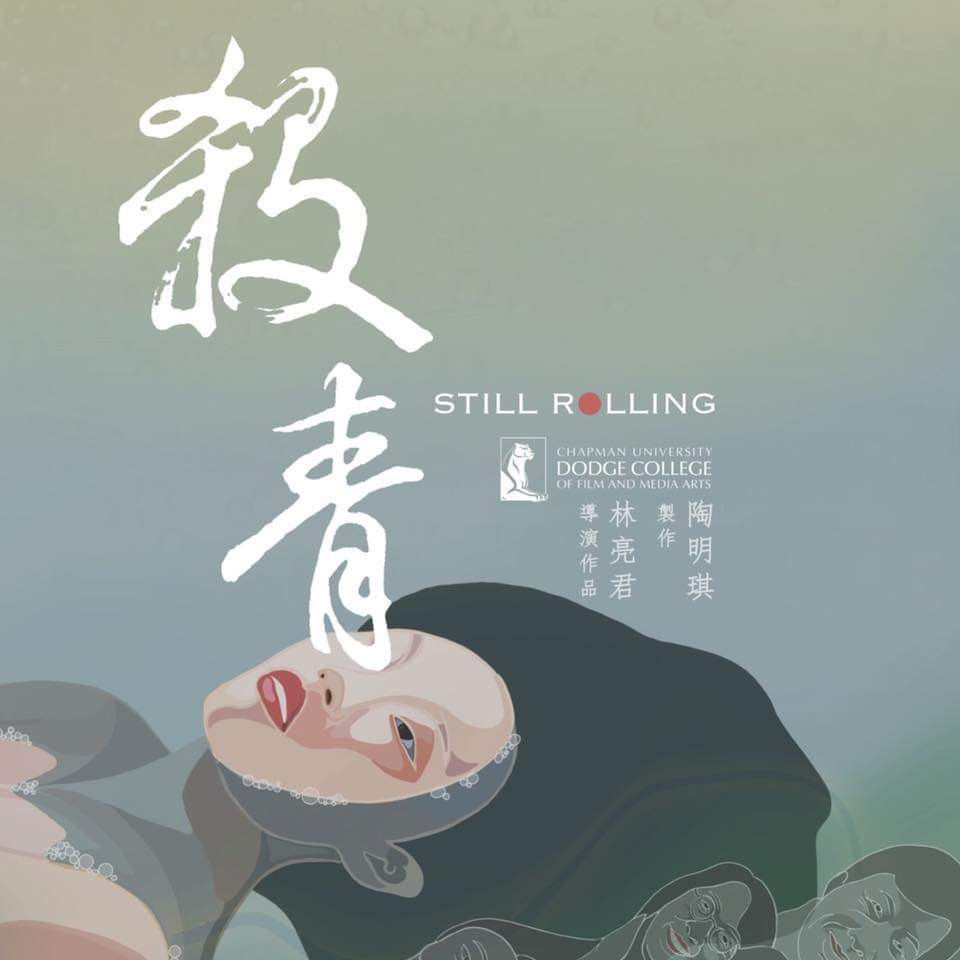 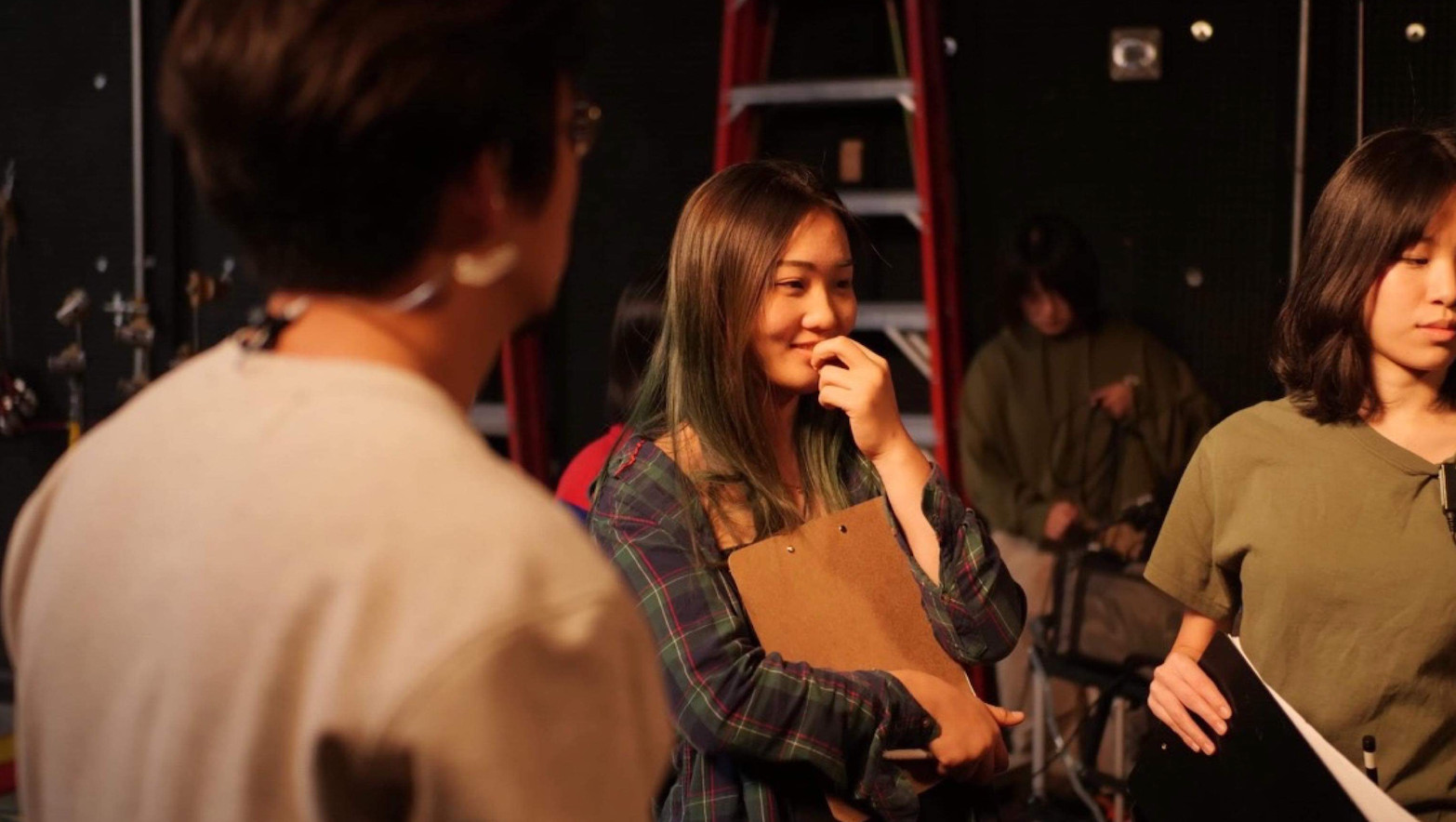 Shoutout is all about shouting out others who you feel deserve additional recognition and exposure. Who would you like to shoutout?
I am deeply grateful for my parents’ support, helping me pursue my film school dream in the U.S. I spent the best three years of my life learning and working with the most talented people in the film industry. Among all the filmmakers I have been working with, director Liang-Chun Lin is the person I want to dedicate my shoutout to. We met each other in the first year at film school, and we have been watching each other growing better together. She always gives me a lot of respect and freedom to edit her films and allows me to express my artistic ideas in her work. She always knows what she wants and it’s always easy for us to be on the same page. Most importantly, I have learned not only filmmaking but also a positive attitude towards life from this smart and strong woman.