We had the good fortune of connecting with Merrilyn Duzy and we’ve shared our conversation below.

Hi Merrilyn, how do you think about risk?
To create and share one’s creations with the public always involves some risk. Yet as artists, we do this over and over again, no matter the result. We offer our work and we’re judged— accepted or rejected. Each of us is compelled to do so. It’s not enough to merely produce our art, often working in isolation. It’s necessary to complete the dialogue by offering it to others. Looking at the trajectory of my life, it is clear to me now that I have always been a risk taker. Experimenting with new forms and materials─ sometimes lacking the knowledge or a game-plan, but learning and moving forward. I have often created the opportunities in which my art can be exhibited, and yes, risks were always present. 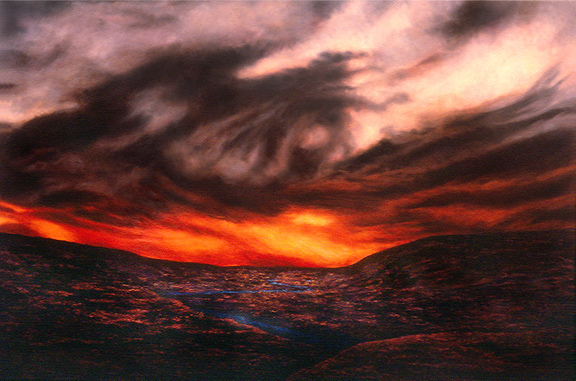 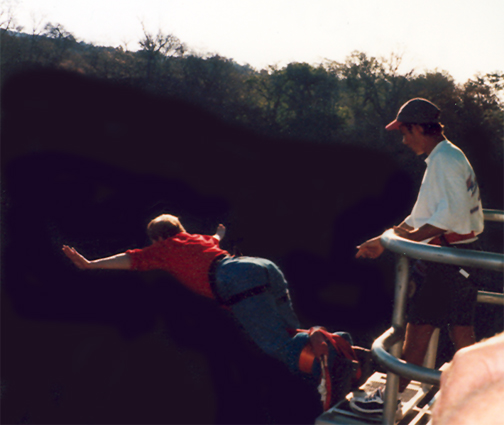 Can you open up a bit about your work and career? We’re big fans and we’d love for our community to learn more about your work.
I was born with three important gifts: creative passion, tenacity, and perseverance. These have served me well and account for the direction and longevity of my career. My formative years gave me very few tools with which to navigate the often-confusing landscape of the art world, but it did give me an exceptional one—independence. I had the sense that I could and should experiment without having to ask for permission or approval as there was rarely an adult around to ask or care. This was by no means easy, but it did serve a purpose.

I would have preferred some guidance, especially from someone I could count on to act in my best interests. But that wasn’t the norm in my extremely, dysfunctional home, so as best I could, I made my way. My mother and father were particularly good at making children—there are eight of us—but not particularly good at parenting. I was the second child and my older sister was the rebel. From around the age of fourteen, she ran away from home and was sent to a girls’ “school,” and later to live with relatives. This left me responsible for six younger siblings. By default, and my own character, I became the responsible one, the “boss” to my brothers and sisters. I was left to care for babies and young children, to cook meals and clean the house, get the older ones ready for school, etc. This left little or no time for myself—including time to do my own schoolwork. Reading and going to school were my only escapes.

Although I always thought of myself as an artist and was labeled as one in school, I rarely had time to produce any work. The “creation of art” was not part of the vocabulary in my early environment. We had only the Encyclopedia Britannia, the Sears catalog, and the Bible—but all three were filled with pictures that I could copy.

It was not until the 9th grade that I had my first art class. I was an adult before I saw my first museum. My sister Sandie, the oldest, in describing my childhood has commented: “Merrilyn was never average or normal or even cared to be like the rest of us. She never veered from her goal for even one moment of her life.  It’s hard to get along with someone so single-minded and determined. Merrilyn was willing to work hard and make all sacrifices necessary to reach a goal, when all I wanted was to be a normal juvenile delinquent.”

I came into my own in high school. I thought of myself as an instigator during those years and began initiating and organizing art events. I started an art club when I heard that the school would pay for field trips. I wanted to visit the Chouinard Art Institute in Los Angeles and a field trip seemed like the only way to get there. Chouinard was a professional art school and my biggest thrill during that visit was seeing my first nude model, female and a natural redhead.

I knew of several women who produced erotic art, so they were out there. They just weren’t included in the books. I had no idea how to accomplish this and even less able to comprehend the enormity of the project. I worked on it for five years and among the very accomplished artists whom I met were: Norma Jean Squires, Louise Bourgeois, Judith Bernstein, and Hannah Wilke. The book was never realized but the project was by no means a failure. I grew in knowledge and self-esteem and most satisfying of all—made some of my closest life-long friends. Happily, both Norma Jean and Louise remained my friends until their deaths. I have done many things during the course of my life—some successful, some not so much. But isn’t this what life and learning are all about? To try, fail, fall down, then get up and try again? You only fail if you fail to try.

Autobiographies was installed in the spring of 1977 at the Malaga Cove and Palos Verdes Libraries and caused an outrage. Although most of the work was not erotic—the entire exhibit was condemned by some who saw it, and portions of the exhibit were covered with brown paper. A red-hot meeting of the Library Board and residents became the spark for several debates about freedom of speech, and erotic art versus pornography. The event was widely publicized, and the police took photographs before confiscating the entire show! The Dirty Dozen came next. Made up of six Los Angeles-based artists and six from New York, it was held at the David Stuart Gallery in Los Angeles. This was not the Gallery’s first controversy—it had been shut down when Edward Kienholz’s Back Street Dodge ’38 was on exhibit.

The year 1974 saw the founding of the Southern California chapter of the Women’s Caucus for Art. I became its president in 1980. For our national convention in San Francisco, the chapter created a performance piece—Women Artists in History. Each of us chose an artist, researched her life, wrote our speech, gathered slides, and made or somehow got hold of a costume. I played Georgia O’Keeffe and Cecilia Beaux. The show was so successful that we were invited to present it at the Barnsdall Theatre in Los Angeles. Standing in the wings, I watched Dona Geib, dressed in a long white dress, playing the role of Gwen John while speaking in front of John’s painting, A Corner of the Artists’ Room in Paris. From where I stood, it looked like Dona was in the middle of that Parisian room.

With a sudden inspired image, I thought, “Wouldn’t that make a wonderful painting?” And thus began my most important and unique series of oil paintings, Women Artists in History. I portrayed thirty artists from the 10th century to the present, beginning with the Spanish nun, Ende, and concluding with Frieda Kahlo.  Each portrait is painted in the style of that artist to illustrate the beauty and importance of her work. In my desire to share what I had learned with as many people as possible, I created an illustrated lecture: Walking Through History: Women Artists Past & Present. Subsequently, this series has been presented in venues around the world, from California to New York, France, Israel, and the Philippines. The Women Artists’ paintings and lecture—along with the work I have done on women’s erotic art—are my proudest creations. 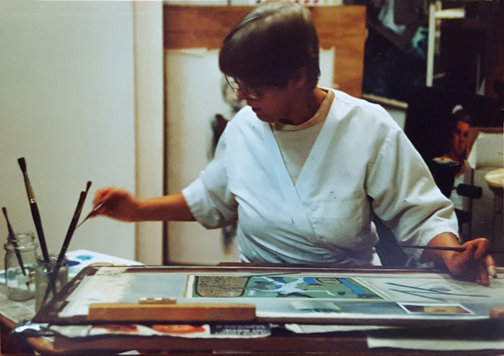 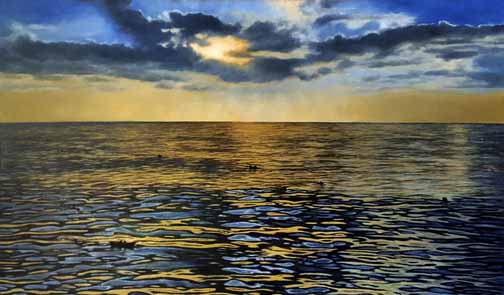 Any great local spots you’d like to shoutout?
For art and beauty, if I were exhibiting in any of the local art venues, we would go there. Next, I would show my guests the Huntington Library and Gardens and the local art museums. Everyone would want to see the beaches, so I’d begin in Santa Monica and go as far north along the coast as time permitted. Lastly, my guests would relax in my own garden—surrounded by the many different California flora and perhaps, enjoy a glass of wine from a nearby vineyard or herbal tea with an accompanying array of sweets. 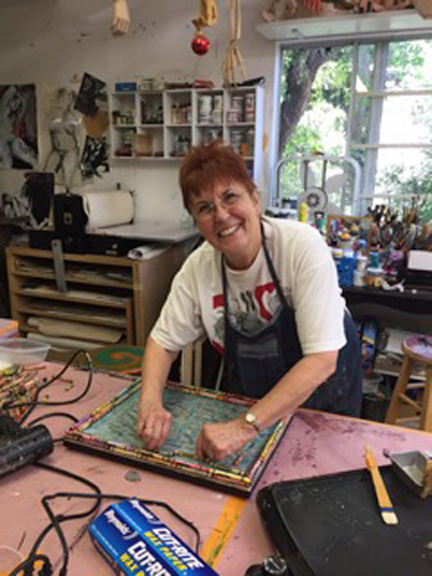 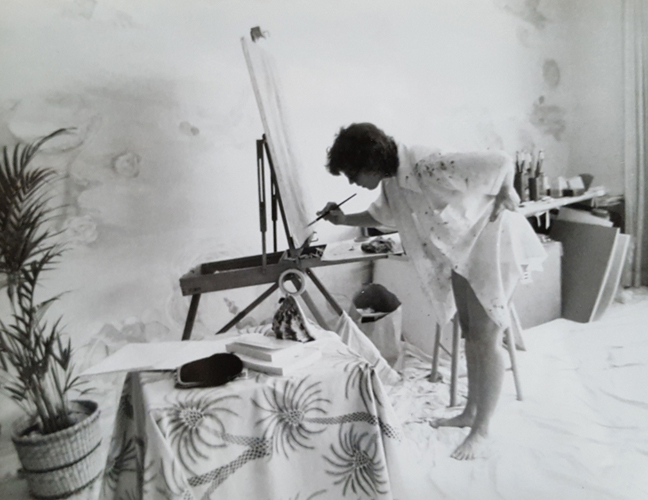 The Shoutout series is all about recognizing that our success and where we are in life is at least somewhat thanks to the efforts, support, mentorship, love and encouragement of others. So is there someone that you want to dedicate your shoutout to?
In all my endeavors, I could not have achieved so much without the help of my friends and fellow artists. Most especially—Norma Jean Squires who was my partner and co-curator for several exhibits including Angles, Ancestors & Spirit Guides, Erotica ’88, and Quarks to Quasars. Also, to Group Nine— an art-making collective with Patti Akesson, Lynn Basler, Myra Gantman, Dona Geib, Midge Lynn, Barbara Nathanson, Anita Segalman, and Norma Jean Squires. We’ve worked together for more than twenty-five years and for each of us this union has been a treasured second family. My last shout out goes to my sister, Sandra Alger. She tormented me as we were growing up, but is now my best fan and collector—supporting me in all  that I do or even try to do. Many of my friends and family are my collectors and I am deeply grateful for the tremendous support they have given me.