We had the good fortune of connecting with Raymond Gerard Braza and we’ve shared our conversation below.

Hi Raymond Gerard, what role has risk played in your life or career?
When it comes to taking a risk, I always think about the negative outcome first before I think about the positives. Early on in my career, I wanted to create a create a horror film with little to no experience in hands on film production. I thought to myself, that if I ended up giving up on the project, I would let my parents down, and all the people who worked with me on the project. Although I would let everyone down, I would always think to myself that at least I tried and that’s all that matters and that’s what taking risks are. For me, although I am very optimistic, there are times when I doubt myself and never expect anything. I believe that not expecting anything and trying is more worthwhile than getting your hopes up. I always have a back up when it comes to taking risks in which has played a huge role in my life and career. When I created my first horror films, Wayward Nature and Pigmenta, I thought to myself that if they do not get into my dream horror festival, then I would have to apply to several festivals just so it can be screened somewhere. Both films ended up being rejected from my dream horror festival, but that was fine because we ended up getting awards and official selections at a bunch of other film festivals. It’s okay to always be positive to achieving your goals, but I think it’s vital to just go with the flow and just see what happens and try. If you really want something, you would try your best and take risks just to get there. I’ve always been a risk taker and although it’s going to take a lot of work to get to where I want to be, that’s okay. It doesn’t matter how long it takes for one to achieve their goals; rather, it’s where you’ll end up. You’ll end up where you want to be as long as you put the work, time, and patience. 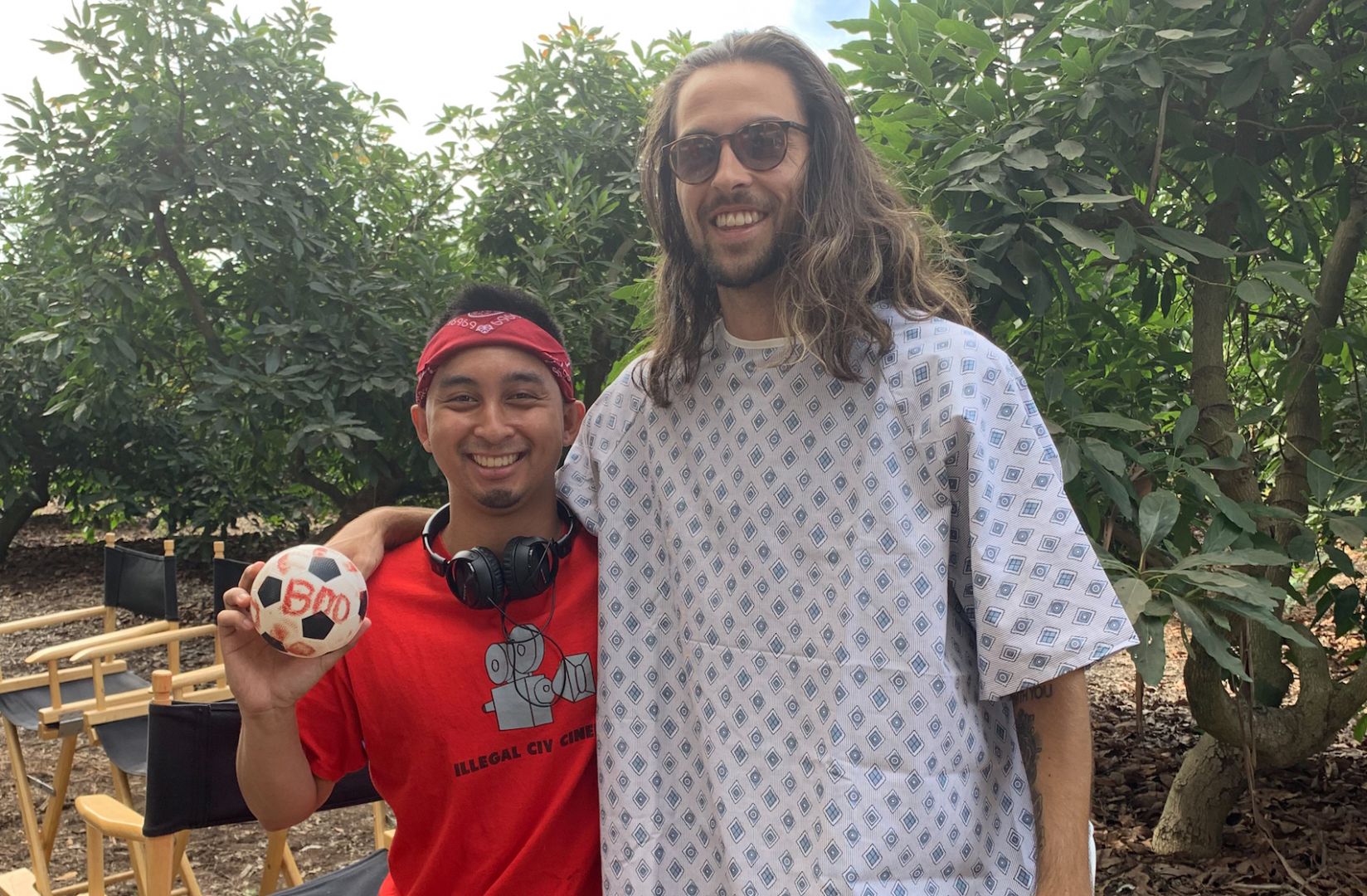 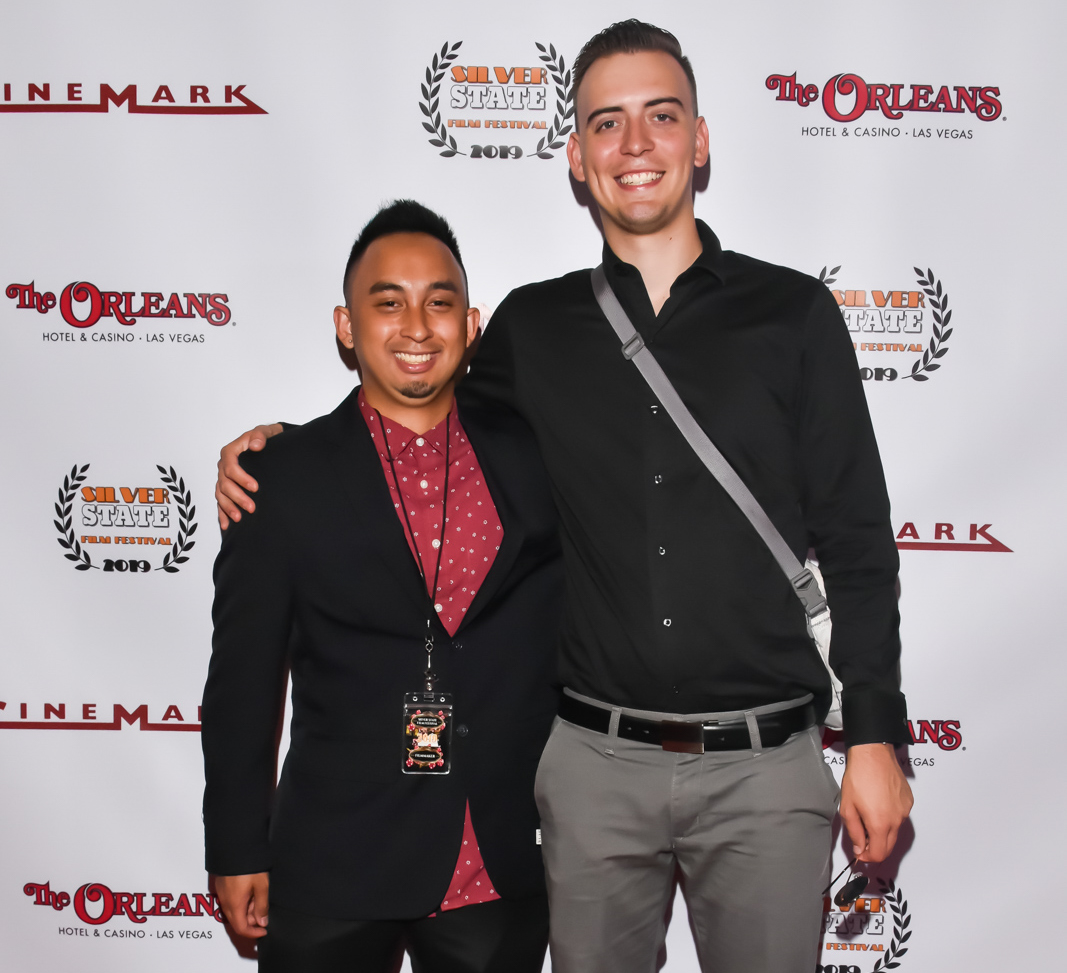 Let’s talk shop? Tell us more about your career, what can you share with our community?
What sets me apart from others is how much I standout from people. I rarely see any Filipino filmmakers making horror films first off, let alone Filipinos being filmmakers as a career in general. What I’m most proud of and excited about is how much love and support I have from my parents, family and friends because they helped me throughout my journey. I got to where I am today mainly because of course my big brother Andres Flores. Like I mentioned earlier in his part of the shoutout, he helped me overcome the challenges of trying to pursue film while my parents wanted me to do something else. Because of him, I took that risk and was able to accomplish so many things because of that one decision. It was mentally challenging, but if I didn’t pursue that in college, I wouldn’t have had the time or been as passionate about film today. I learned from him and a lot of people that I shouldn’t do something to make people happy, I have to think of myself first. My whole life I had a facade covering up my true identity, but now I am more free and hungry to create. I also learned that if really you want something, you would go for it, and that’s what I did. I knew I was born to be a filmmaker. What I want the world to know is that I want to bring more diversity in the film industry. I want minorities to be more represented, and I want to speak my personal truth. I want all my films to portray thematic elements of my personal fears and how to overcome them. Life is very challenging, and there are certain issues that aren’t being said as often today that I want to speak more about. There are so many issues teenagers and young adults are going through, and just because no one’s talking about them, doesn’t mean it’s not happening. I want to show the world what those issues are whilst bringing diversity into it. 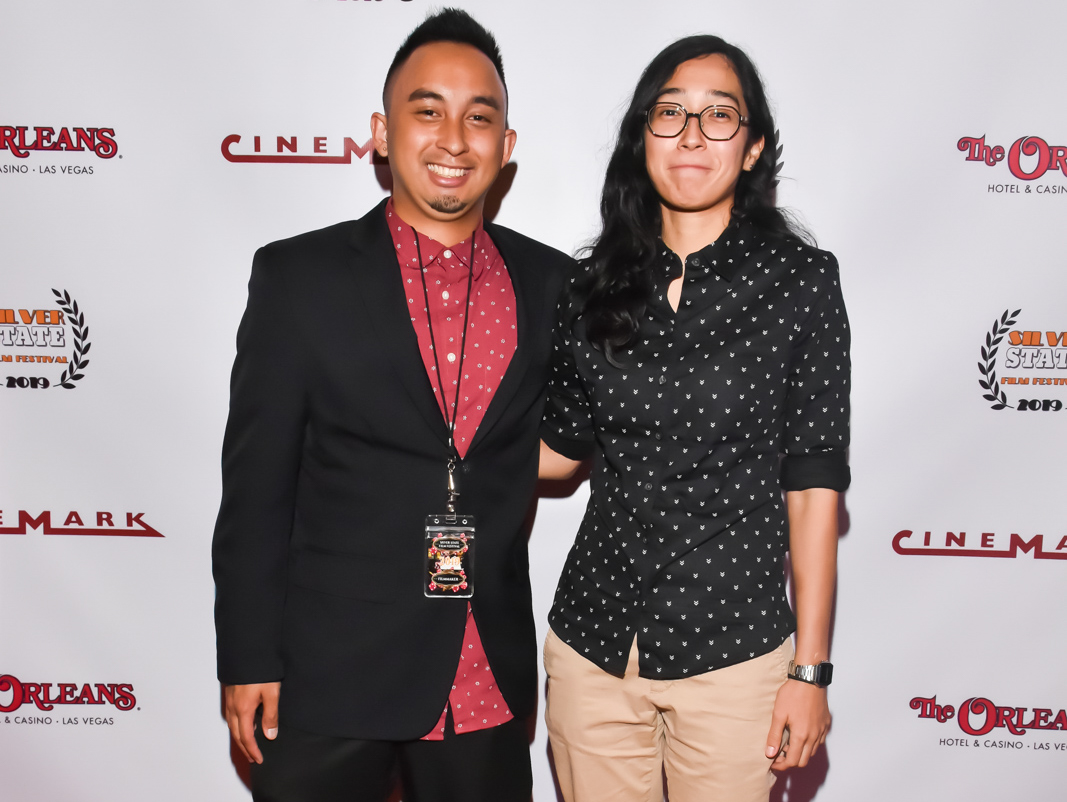 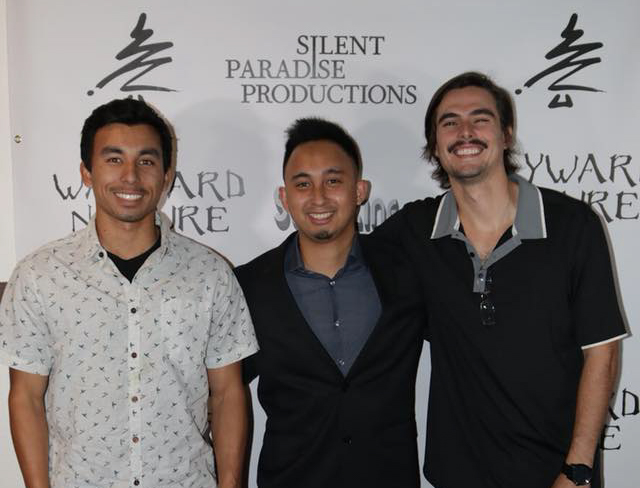 Any great local spots you’d like to shoutout?
For me to show a best friend a good time, I would have to take them to infamous spots around Los Angeles that not only have great places to take pictures of, but it’s where you can meet new people that share the same passion as you. As a filmmaker, I would take them to the TCL Chinese theater or the ArcLight Dome in Hollywood because they are home to great film festivals where you can meet a lot of great indie filmmakers and network. Not only are these places great for watching films in their extraordinary theater rooms, they are both located near amazing sight-seeing venues such as the Hollywood stars on Hollywood Boulevard. There are so many endless possibilities to do in Los Angeles that is hard to choose from. From its culture and community, Los Angeles, is everyone’s home when they come to California. There are so many opportunities here that it’s impossible not to have a good time. 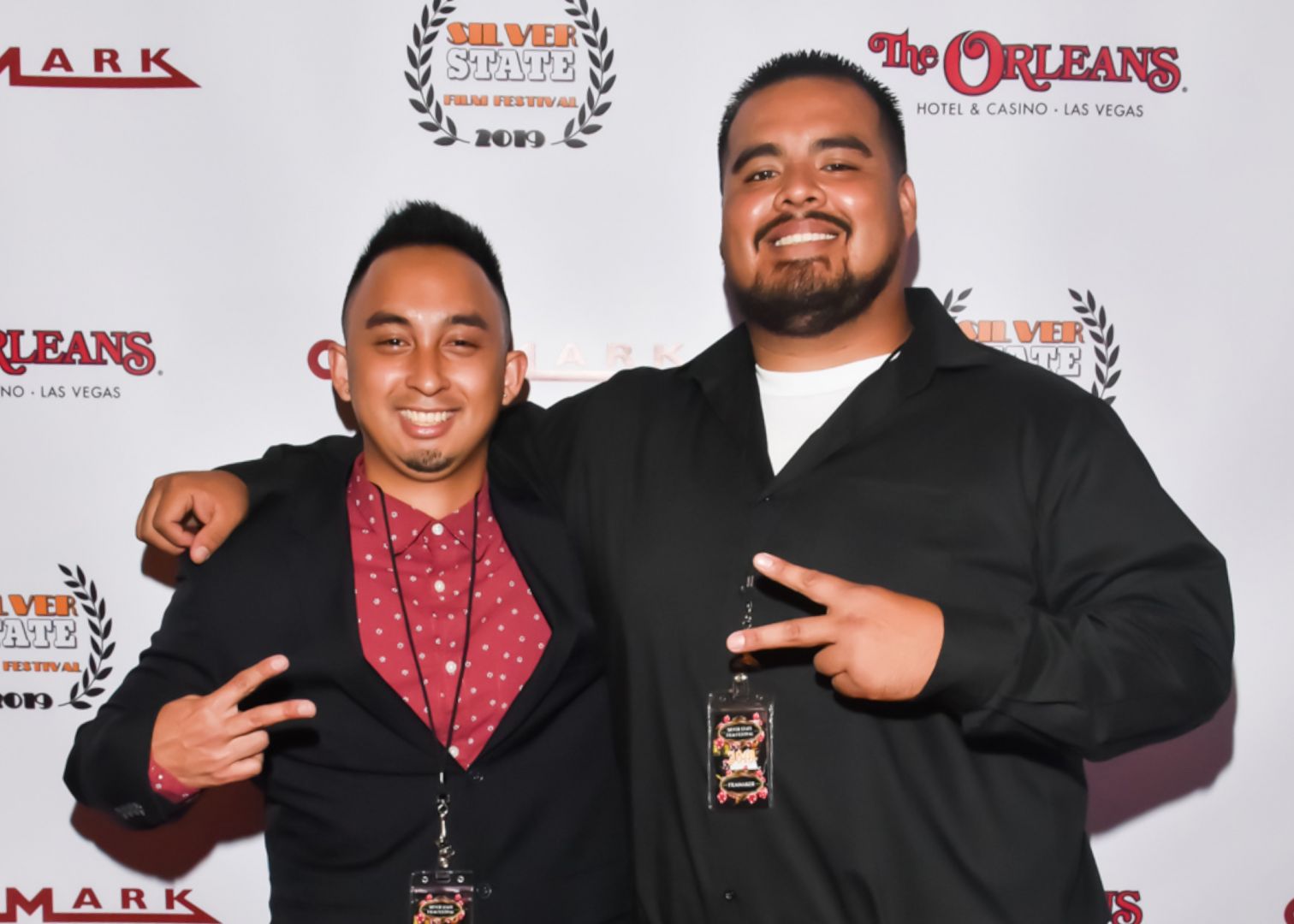 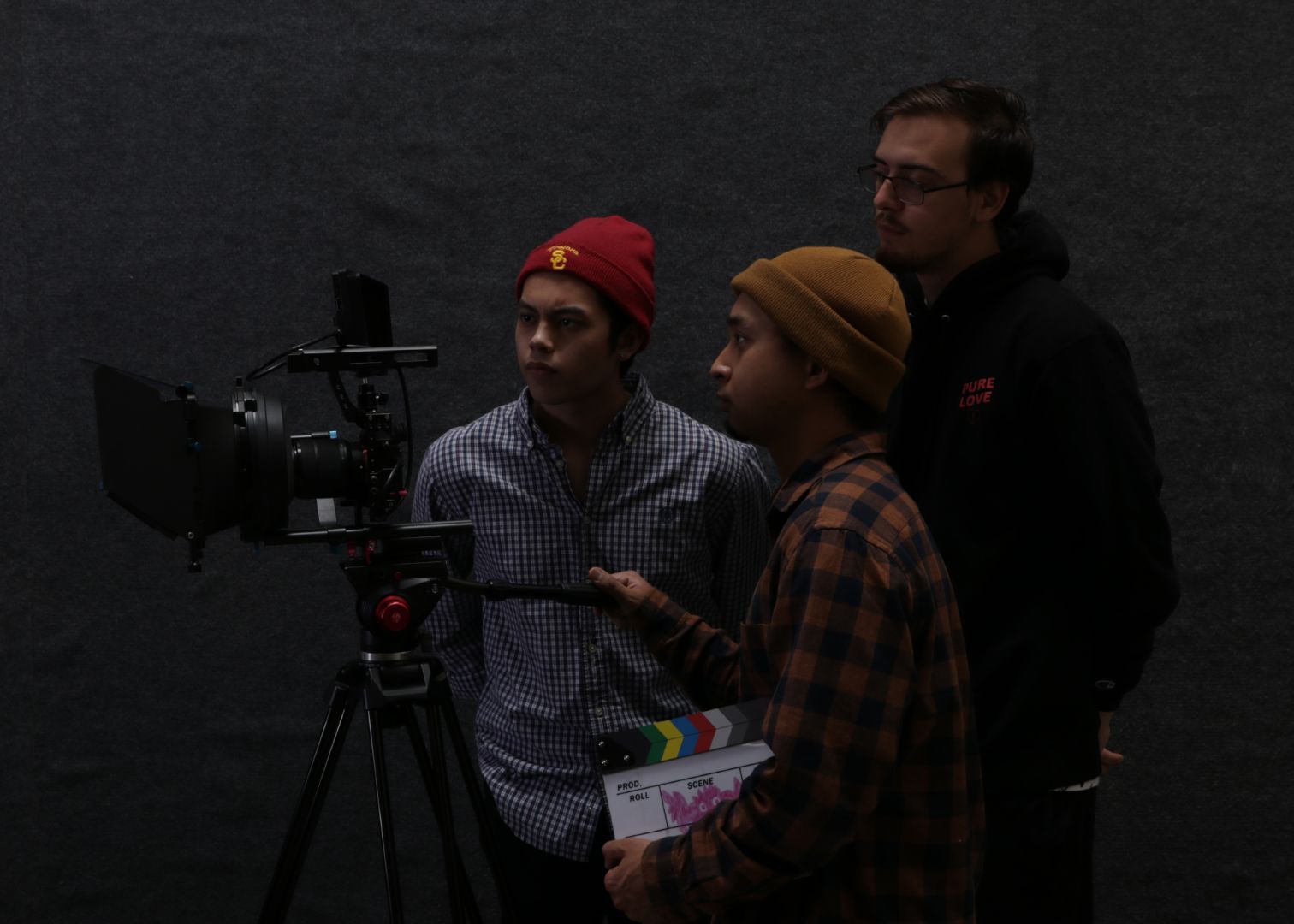 The Shoutout series is all about recognizing that our success and where we are in life is at least somewhat thanks to the efforts, support, mentorship, love and encouragement of others. So is there someone that you want to dedicate your shoutout to?
I would like to dedicate this shoutout to all the people who have worked with me and supported me throughout my career. I would not have made it to where I am today without them. First, I would like to thank my big brother Andres Flores. Andres Flores is an extraordinary filmmaker from my hometown in Oxnard, California. He was the very first local filmmaker I had the pleasure of meeting. At the time, I was too insecure to get out there to find resources for help, so all I had was the internet and Andres. I wanted to learn about filmmaking in college, but my parents wanted me to study something else. After that chat with Andres, I quickly made the decision to study film and I don’t regret it. Andres has always been there from the start of my career until now. Whenever I was feeling like I was going to give up, I would always go to him for advice on how to make a film. He was one of the very first people to not only guide me to the right path but also be the first person to say he was proud of me. When I worked on my first big project, Wayward Nature, he guided me verbally and wasn’t hesitant to give me advice. He became so helpful that he ended up being a co-producer on the film. I remember when I first finished the project, he said he was very proud of me for doing a lot on my own physically and mentally, and his words and encouragement made me want to work with him for a long time. He’s toughened me up when I didn’t believe in myself, and he’s seen my struggles but was there by my side the whole way. To this day, him and I still have a great working relationship and continue to work together on projects. I’m very thankful he was and still is a very big part of my life. Another person I would like to shoutout is Trevor Cobb, another local filmmaker from my city. Just like Andres, Trevor is one of the few amazing filmmakers I know from the city. I’ve only known Trevor for three years, but it seems like forever because we get along so well. Without him, my first project wouldn’t have been finished. He was never hesitant to help me last second whenever I needed help with anything. I really needed a last-minute stunt double for Wayward Nature, and he quickly didn’t oppose. Once he showed me his past video work, and once he showed me in person what he can do with the camera, I knew I had to work with him. He was always so positive and uplifting on set and made me feel like we were going to get everything done, no matter how stressed I was. He’s not only like that on set, but he’s like that in real life. Almost every project I’ve done he’s helped me, and I’m very thankful to have someone who has my back just like Andres and everyone close to me. Lastly, I would like to shoutout Selina Gallegos, Connor Berriochoa, John Dannenbaum, and Evan De La Huerta. I’ve known Selina since high school and ever since then, we’ve been great friends. She has always been the one to help me out with anything. For Wayward Nature, I really needed background actors to play mental patients. She went method and even went barefoot for the scene, but in the end we ended up not using the full scene, but I’m thankful she was committed. To this day, she continues to help me out with my films and even give me input on certain scenes because her knowledge of films is better than mine which is awesome. I’m very thankful she was able to help create my vision and be there with me for many years. Connor Berriochoa, John Dannenbaum, and Evan De La Huerta are all talented musicians who helped sound engineer and score our films. I’ve met John and Evan through Connor who I’ve known longer. I told Connor about how much I wanted to do film and he’s been there supporting me and even giving me some creative thought on how my stories should play. He’s been there through my ups and downs and was willing to help doing more than just music. Connor scored my first project along with John and sound engineered my second project, Pigmenta, with Evan. Without him, I wouldn’t have met other amazing artists like John and Evan. Like Connor, John is crazy talented and scored an awesome soundtrack for Pigmenta, which ended up winning “Best Original Score in a Short Film.” I’m very thankful for John because he also taught me the most about doing the film for ourselves instead of more for festivals. When Wayward Nature wasn’t at its highest potential yet, him and Connor looked out for us and knew the film could be better, and I’m very thankful for that. Like Connor and John, Evan was always good at looking out as well. He helped fix the audio with Connor for Pigmenta and because of that, we had a product we were super proud of. Evan was never afraid of standing out and never was afraid of believing in what is right, no matter how good or bad the outcome was going to be, and I admire him for that. All my close friends who I consider my family, have shaped me to be the person I am today. I strive to be supportive as much as they are, and I cannot wait to see where my talented family’s future goes from here!