We had the good fortune of connecting with Rosa Costanza and we’ve shared our conversation below.

Hi Rosa, did you self-fund your business or did you have investors fund your business? If you could go back, would you do it differently?
Beginning a startup company in entertainment is a huge leap of faith. I was completely self-funded/ bootstrapping and banking on my own intellectual property to build equity. But I didn’t wish to take a blind leap as a development strategy for launching my own film & TV projects.

I studied Film Finance through a UCLA Extension course, took seminars, read books, and consulted with other independent filmmakers. This empowered me with the language to speak to potential investors and to understand legal-financial documents for inviting in money.

My first short film, XING, was financed partially by me and partially through a Kickstarter campaign. I raised over $15K from family and friends. This Kickstarter, plus my own funds, enabled me to create and complete a 10 minute short. This work was used as a “proof of concept” for the feature length screenplay which the short was based on. After gaining attention with my short film winning 6 awards and being programmed in to over 2 dozen film festivals, including Cannes and other notables, I was then able to attract $100K in development financing to create the feature length film.

Subsequent film & TV pilot projects I wrote-directed-produced, or just produced for others, have all attracted five and six figure amounts of investment. Three years after the success of my first short film, here is what other opportunities came my way as a result of putting myself out there:

– Produced the first part of a feature film called THE LINE for writer-director Jorge Suarez with $115K raised by our internal team; this project has now attracted another $100K to continue production.

– Produced a 3-episode pilot for a comedy series called ETHNICALLY AMBIGUOUS which I also co-Directed with creator/ writer/lead actress Tiffany Phillips. A small five figure amount was raised from 2 executives to create this 15 minutes total of pilot videos.

– Directed, Wrote & Produced my first feature length documentary film FILTERSWEPT by raising funds from a collection of executive producers, mainly private individuals. Most of these investors have a connection to the subject matter. I am raising a final $60K to take us through post production and music creation for this documentary.

The confidence that others had in me to invite me in to their productions and trust me with their budgets is due to the success I created with my own work first. My confidence inspires the same in others, and then I am able to seal the deals because the legal structure and paperwork for investors is in place. Looking back on how I have chosen to develop my production company, Seven Directions Studios, and the multiple projects I have created does reinforce my choices. I do not think I could have done what I did in any other way. 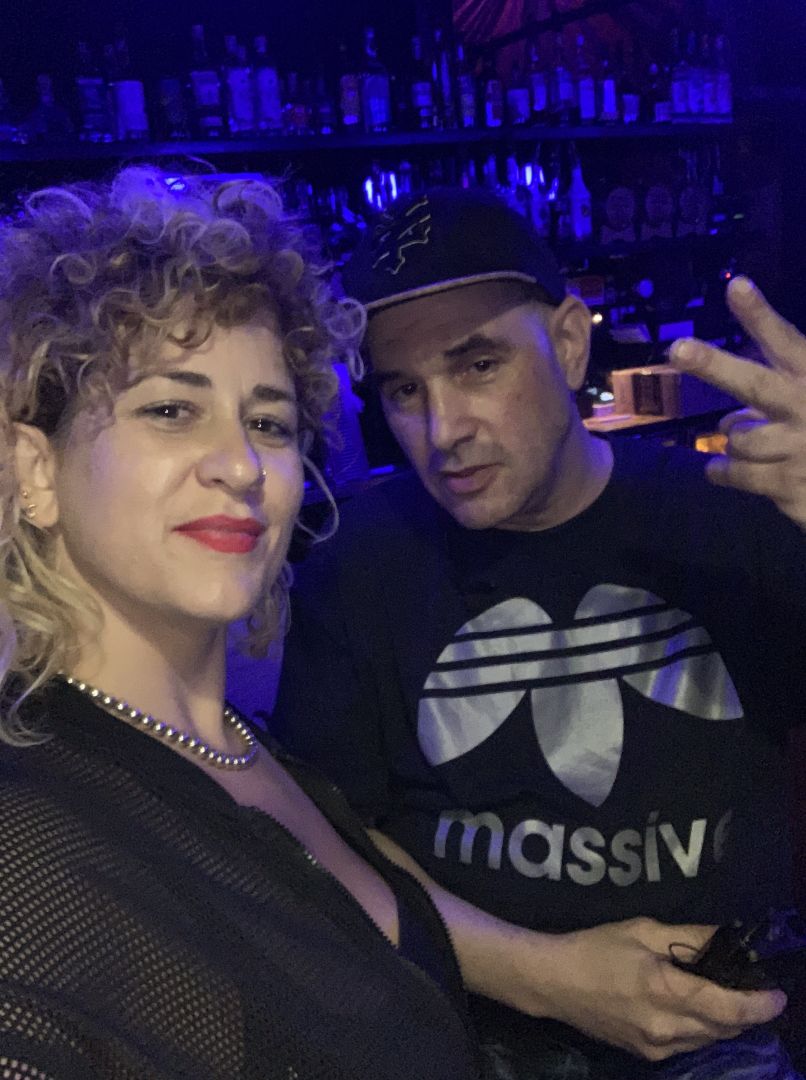 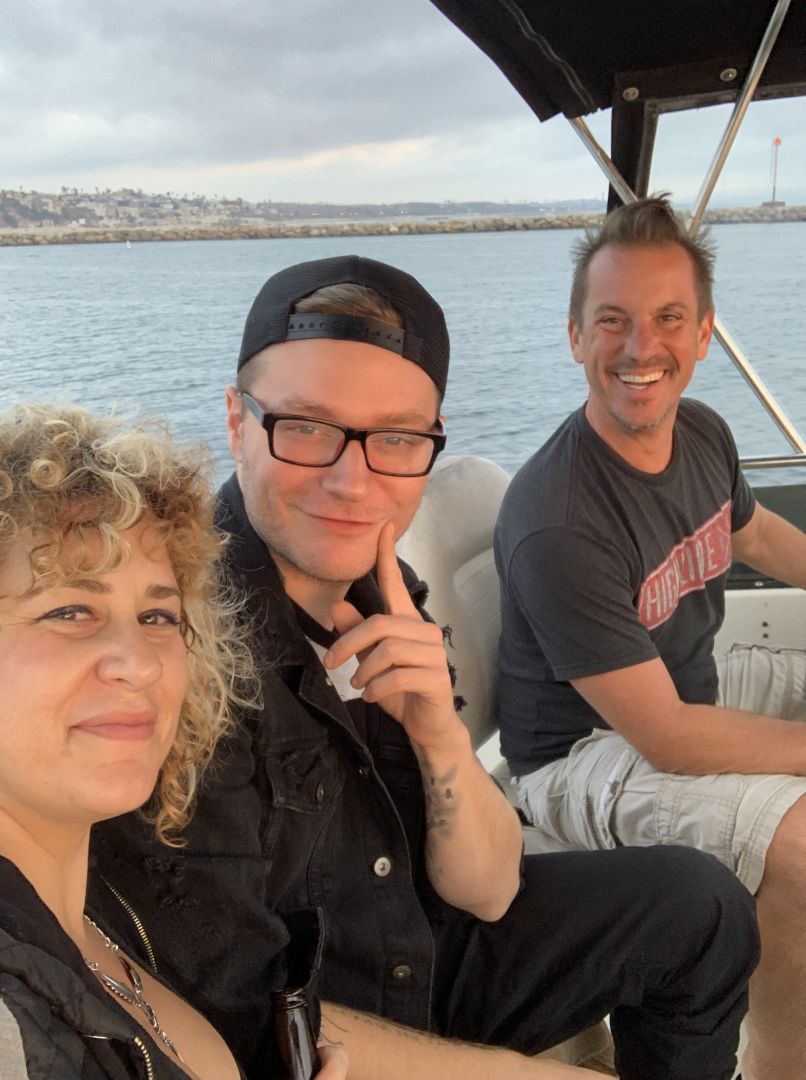 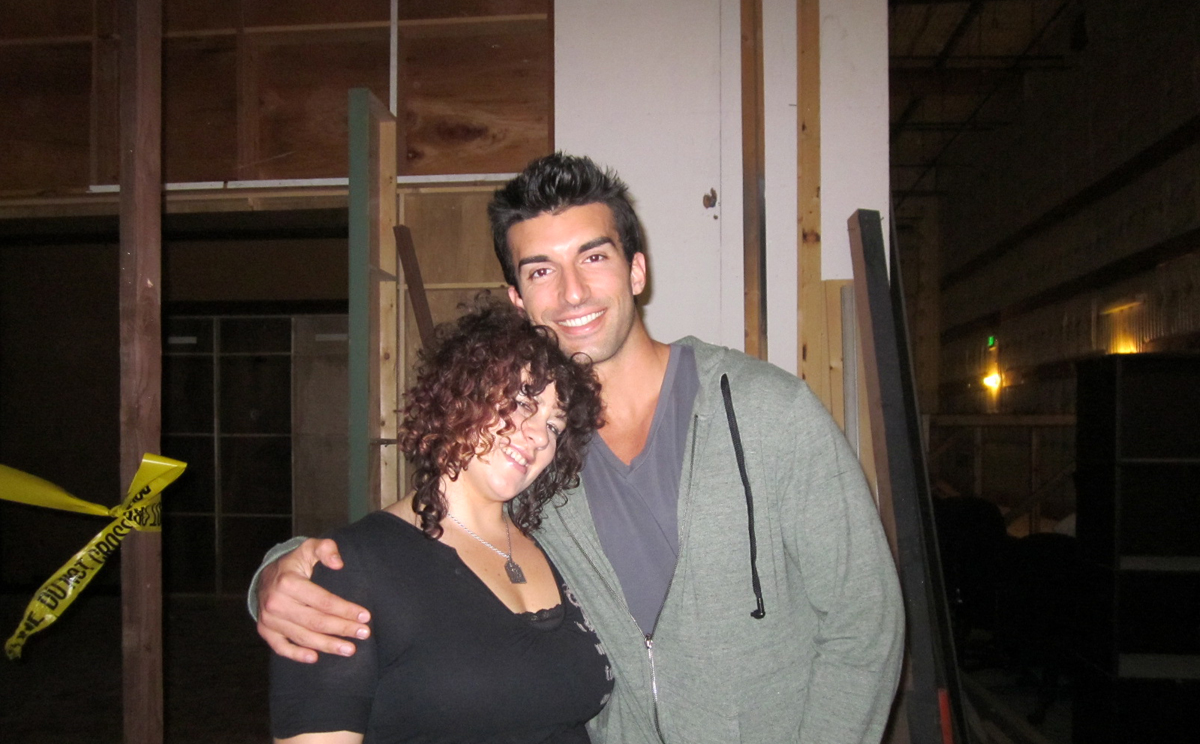 Let’s talk shop? Tell us more about your career, what can you share with our community?
Writing as a form of personal expression has been a part of my life since childhood. I can recall creating poetry for as long as I have known how to write. I formally studied playwriting and then screenwriting, taking college classes in Theatre at LAVC, and a UCLA Extension course for Feature Film Writing, plus reading book after book about how to write for screen.

Really the challenge for any writer, whether for screen or other formats, is to get uninterrupted time to sit with your own imagination and ideas. I overcome this challenge by being enthusiastic about my subject matter and having fun with the process. Screenwriting, writing copy for pitch decks or other promotional materials, workshopping scripts… these tools form the foundation of the development work I do when creating Film & TV projects.

As a Director, whether attached to film my own writing or not, there are the additional layers of script breakdown and specialty information per department that come with that role. The additional layers of communication for team members is still writing, and reading. So inherently all the major work comes back to the written word.

My story and the career pathway I have trodden is only remarkable because so few women have had the opportunity to do what I am doing. I first got in to studying filmmaking before the advent of digital technology in the 1990’s so I have seen the gambit of technology changes, and I gained a certificate in audio engineering for music production using analog technology too. I did my early work in the 90’s in NYC, and was nearly always the only female crew member on a film or tv set. The actresses would be the only other women usually. The gender disparity has branded my work, as I do stick out due to being a minority. But my longevity and complete understanding of the technology has been key. 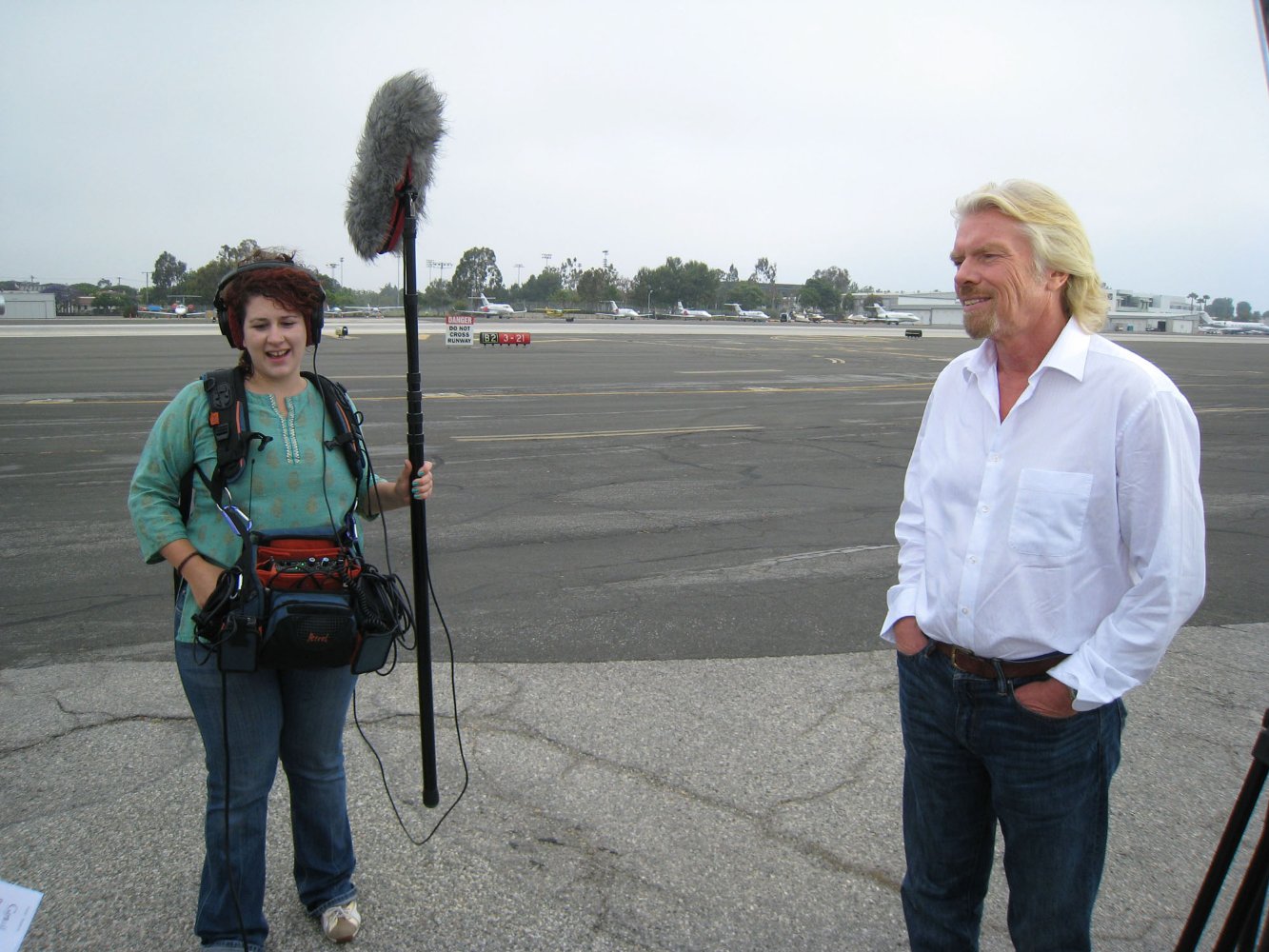 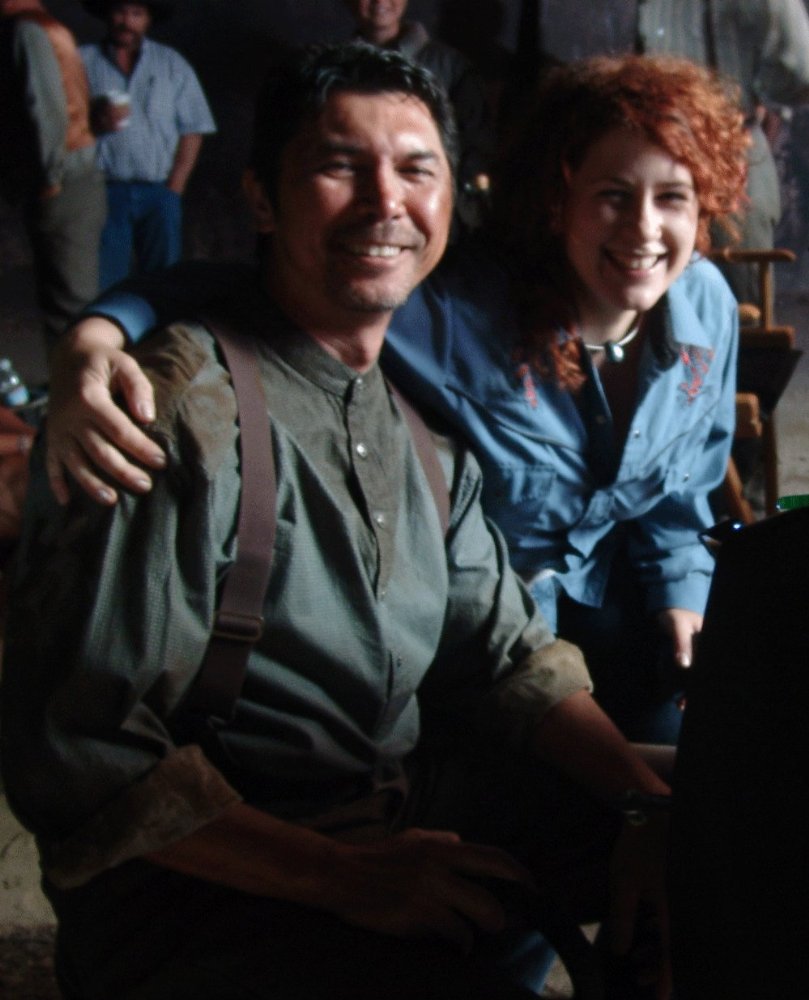 Any great local spots you’d like to shoutout?
I love taking visitors around Los Angeles! My first cultural draws are the film & tv production studios where you can do tours, the spectacle of Disneyland, the beaches and the hidden gems of Hollywood. Universal Studios, Warner Bros. Tours, and perhaps a live taping of The Late Late Show or Jimmy Kimmel?

If my guests are in to nightlife, I would take them to a club with great atmosphere or to an underground warehouse rave party. The hotels in DTLA or the Sunset Strip with great restaurants, clubs like Sky Bar and the basement of the Edition or the Standard poolside. Iconic Hollywood venues such as the Chateau Marmont, the Egyptian Theatre, Roosevelt Hotel, Musso & Franks, Yamashiro or the Rainbow Bar & Grill.

My favorite beaches are Leo Carillo, El Matador & Pescador, Topanga, and Venice Beach. I love a stop at Neptune’s Net for fresh seafood. The Hollywood Sign is always a fun drive and cool view of the city, as is Griffith Park Observatory and the hiking trails of Runyon Canyon. Los Angeles has so much diversity, from the museums to the theatres to the exploration of parks and nature. 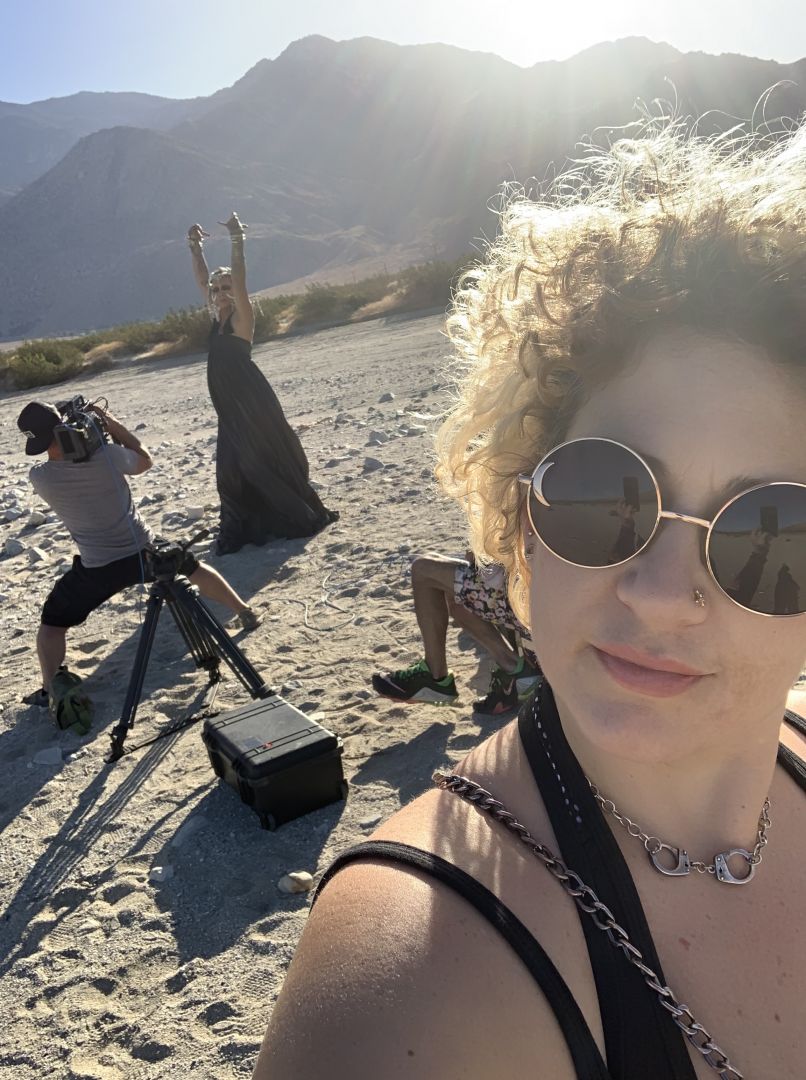 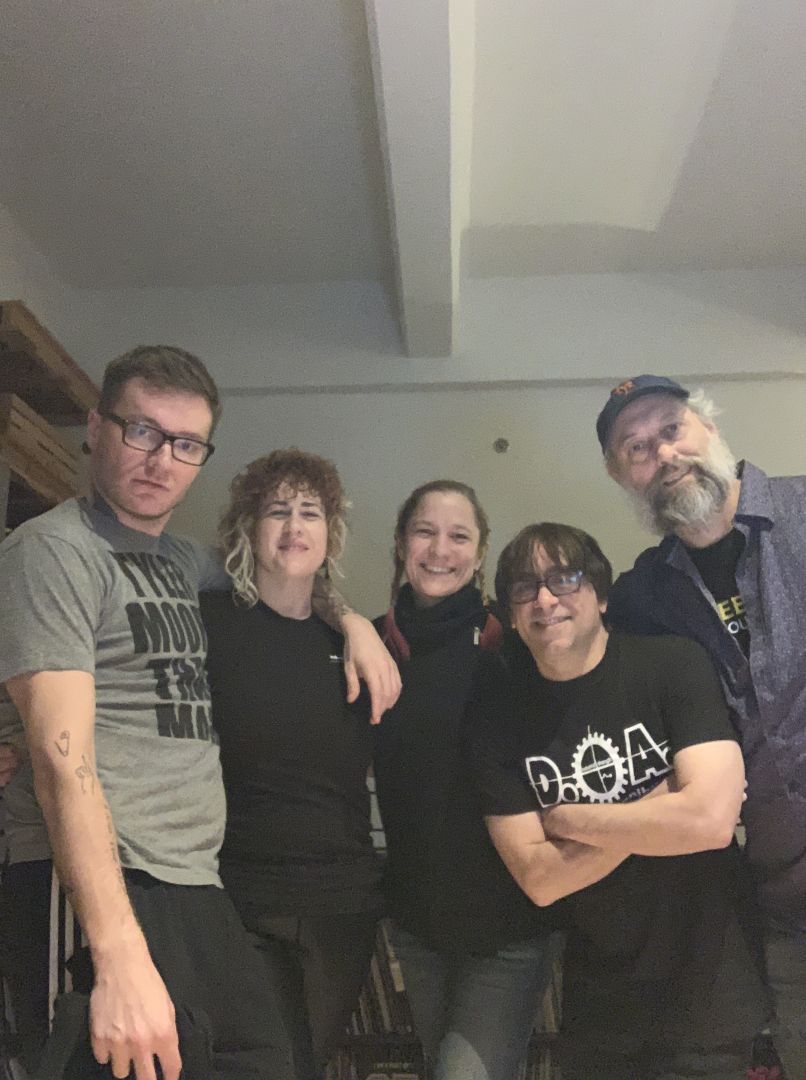 Shoutout is all about shouting out others who you feel deserve additional recognition and exposure. Who would you like to shoutout?
Dedicating this article to my brother and business partner Gregory Costanza, and the production company we created “Seven Directions Studios, LLC”.

Gregory and I keep the entertainment industry legacy of our grandfather Thomas Horton, who produced television from the 1960’s onwards. He was VP of Captain Jacques Cousteau’s Hollywood production company Thalassa, and administrated the first underwater TV productions. Our grandfather then went on to make his own production company and help start Shark Week with the Discovery channel, producing 3 of the first 5 episodes for Shark Week and eventually over 135 hours of shark based content.