We had the good fortune of connecting with Steven Fine and we’ve shared our conversation below.

Hi Steven, we’d love to hear about how you approach risk and risk-taking.
People think I’m crazy, but I always consider the benefits of taking a risk rather than focusing on the issues. When facing the choice between a low risk or a high risk pursuit, experience has taught me that the high risk pursuit will almost always be the most rewarding, even if it’s the most challenging. This outlook has allowed me to take many productive risks in my life and career. I’ve been obsessed with movies my whole life, and after my movie themed Bar Mitzvah, I faced several crossroads on my way to becoming a filmmaker. Although I attended a directing film camp in high school, when facing the choice of a college major, making movies didn’t feel like the smartest choice. So I declared advertising. It only took a month into college to understand that if I didn’t study film production, I’d regret it the rest of my life. So, boom, there I was, taking my first real risk in pursuing a career in cinema. Soon enough I learned how vulnerable writing and directing makes a person, because you find yourself open to intense criticism and misinterpretation, but now I was following my dream and the only option was to forge ahead. After graduation, I doubled-down and moved to Los Angeles, to do the impossible – find a paying job while attempting to write and direct my own material. I began working in Post Production, which is a useful way of learning how to avoid mistakes – and I mean we fix everything from plot holes to on-set mistakes. I also directed a series of short films, but I soon felt unsatisfied, and took my next big risk. I applied to the American Film Institute, the most revered directing program in the country, and it broke my heart when I was denied admission. I’ll never regret applying because it launched me to take the biggest risk of my career, so far. I wrote, produced and directed my first feature film with no production company and no safety net. I tend to rationalize risky situations, so I was able to reconcile this risk as less-costly than attending AFI, and considered it an investment in myself. I told myself then what remains true today, that no matter what happens, completing the movie is the goal. So even if nothing came of the movie, this risk would still be worth it, because the beauty is in the grand attempt. In the end, I finished “Love Shot” before my 30th birthday and premiered it to friends and family. From there, a distribution deal followed, and now I’ve released it to the world. It hasn’t been an easy road, but I know with certainty that any risk is well worth taking if it fulfills you as a human being. 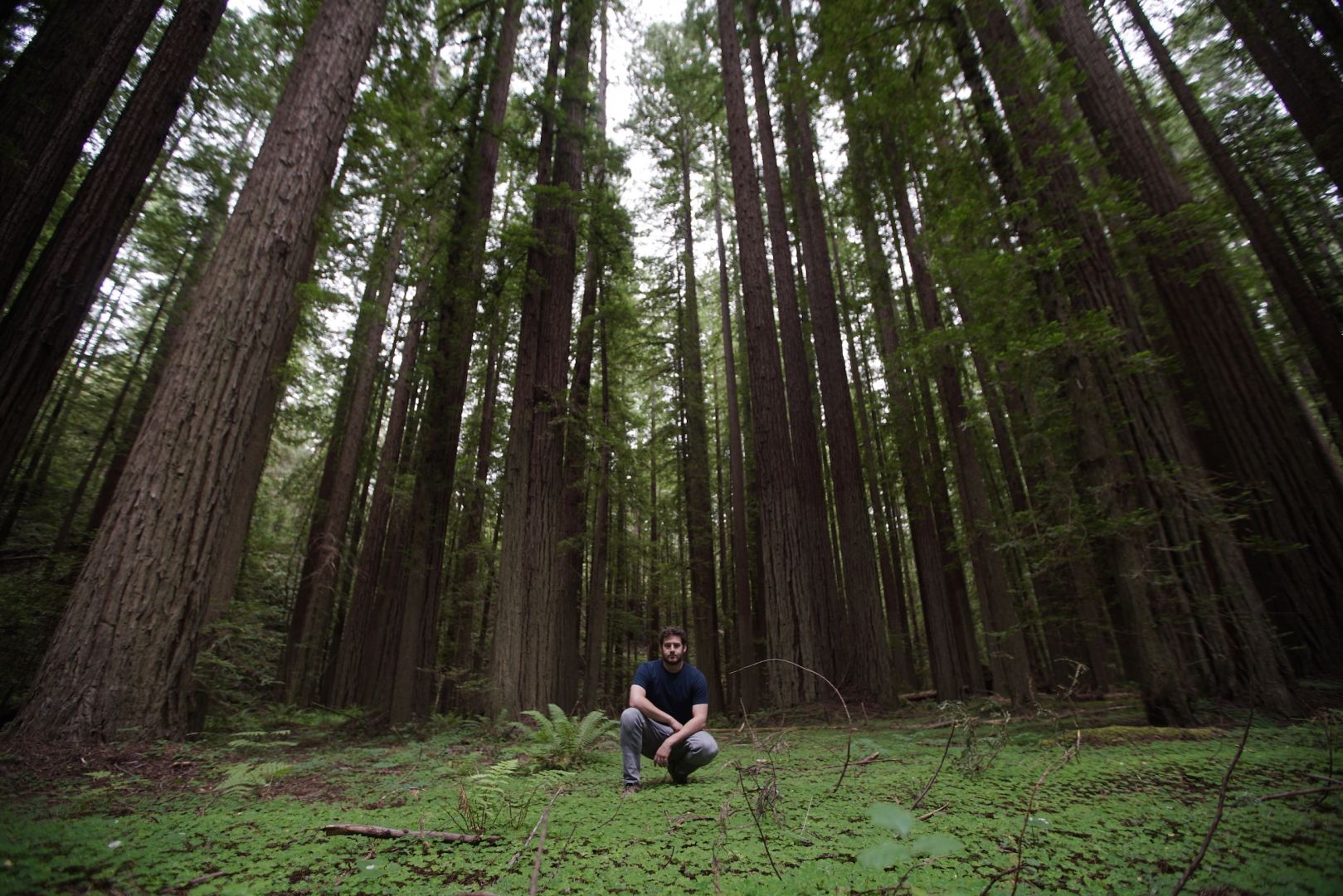 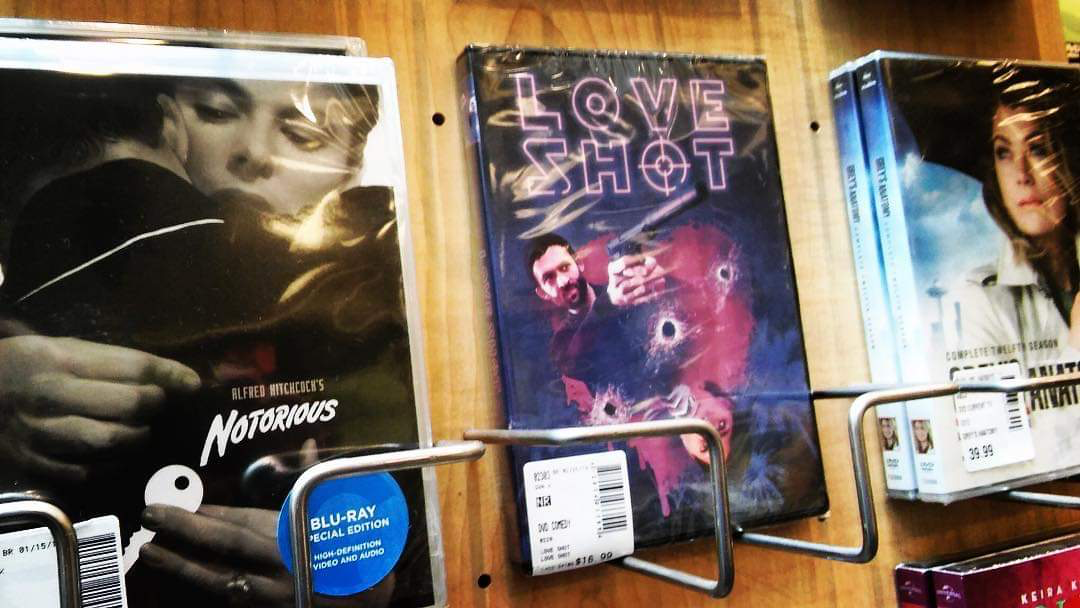 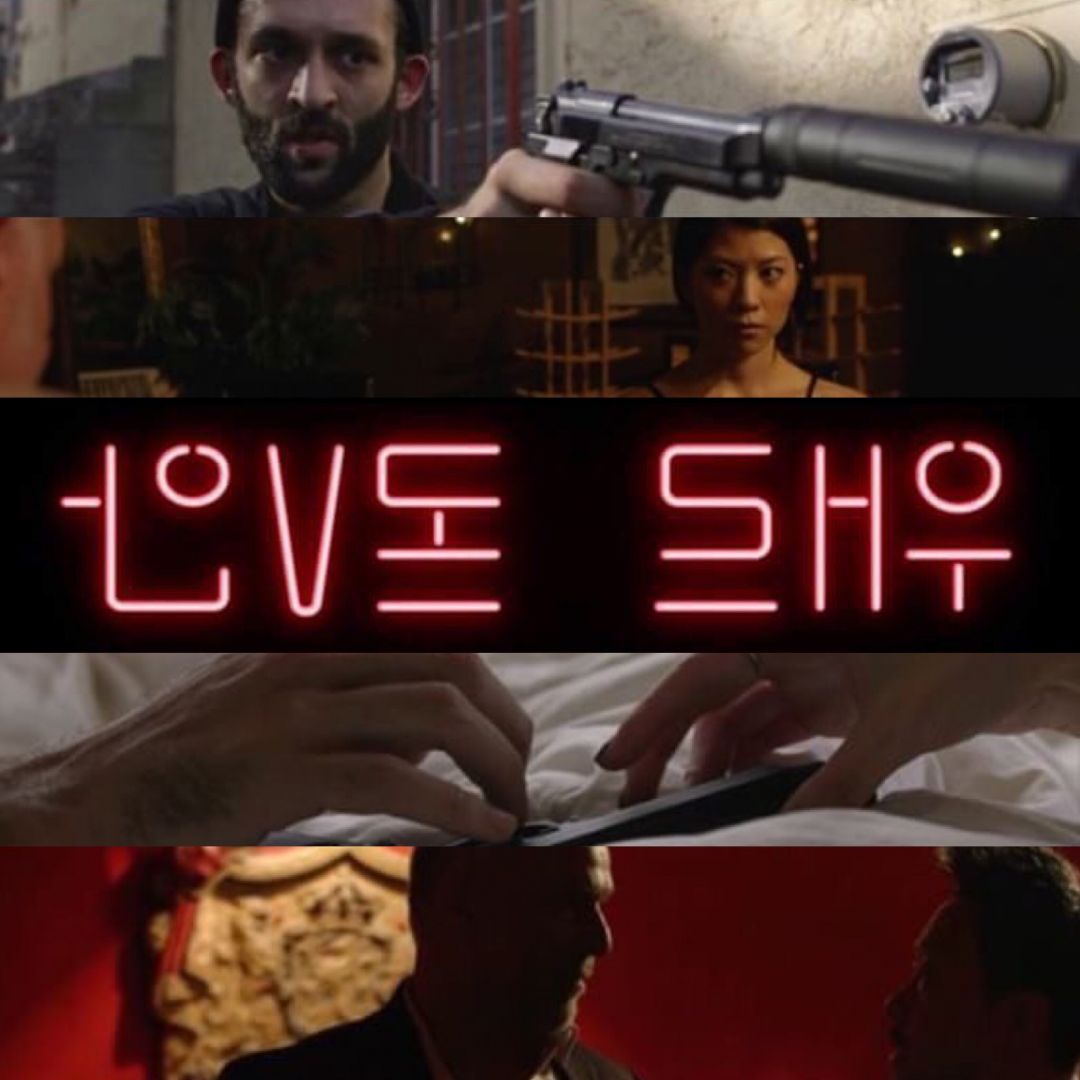 Can you open up a bit about your work and career? We’re big fans and we’d love for our community to learn more about your work.
Art, especially movies and music, has always made my life easier to understand. If I found myself wrestling with emotions, I could usually find comfort in a movie or song that made me feel like I wasn’t alone. I wanted to tell stories where an audience would keep guessing every step of the way and still feel involved. I infuse my sense of humor into every story I tell no matter how dramatic. I have faced sad moments in my life, but most of the sad moments have humor infused into them. In grappling with issues I face, I try to make myself vulnerable as a human through my characters. I think the best way to describe my tone and the type of genre stories I want to tell would be Larry David walks into a Tarantino movie. I have been very lucky and fortunate in my life and had opportunities that allowed me to chase this dream of mine. The only real challenges I feel I have faced are ones of rejection and self doubt. The only way to overcome those was to promise myself no matter how long it took, I would keep making movies my entire life. The image of the smashed pocket watch from Alice in Wonderland has always stuck in my mind. When I simplify this image, it appears as a shattered watch face with its fragments still fitting together like puzzle pieces. This is the image I plan to put at the front of my movies going forward because I want the audience to realize that time has stopped and they should let themselves get drawn into the story I’m about to tell them. It might free them or help them face something in their own lives. 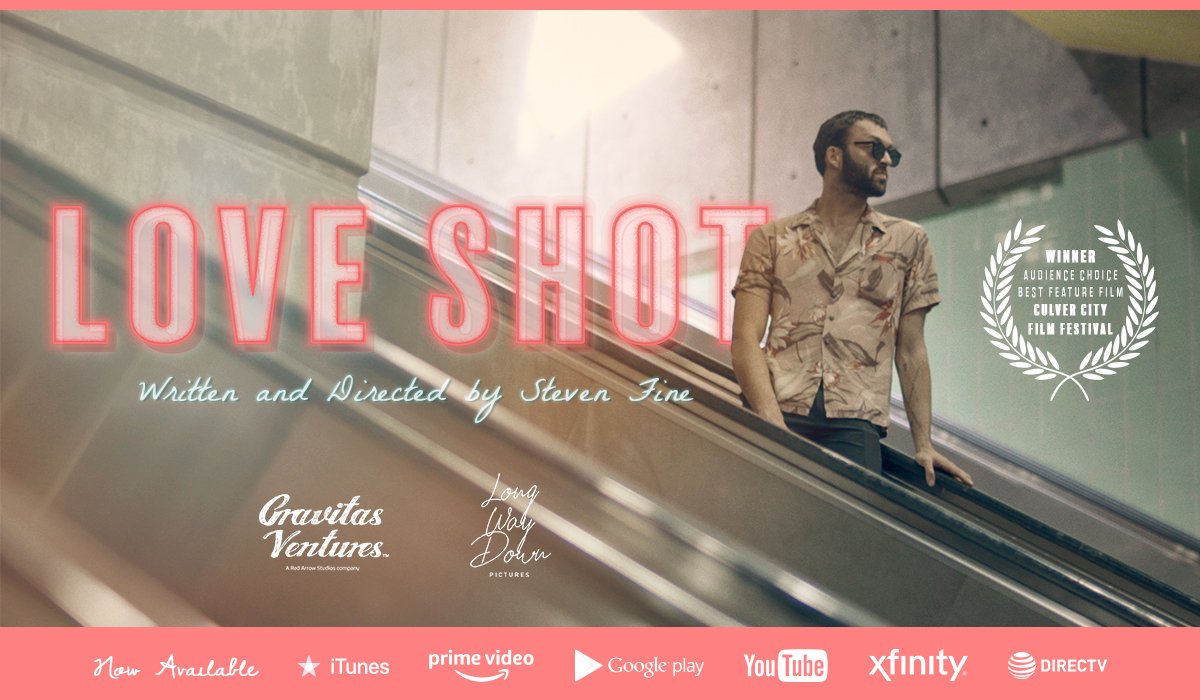 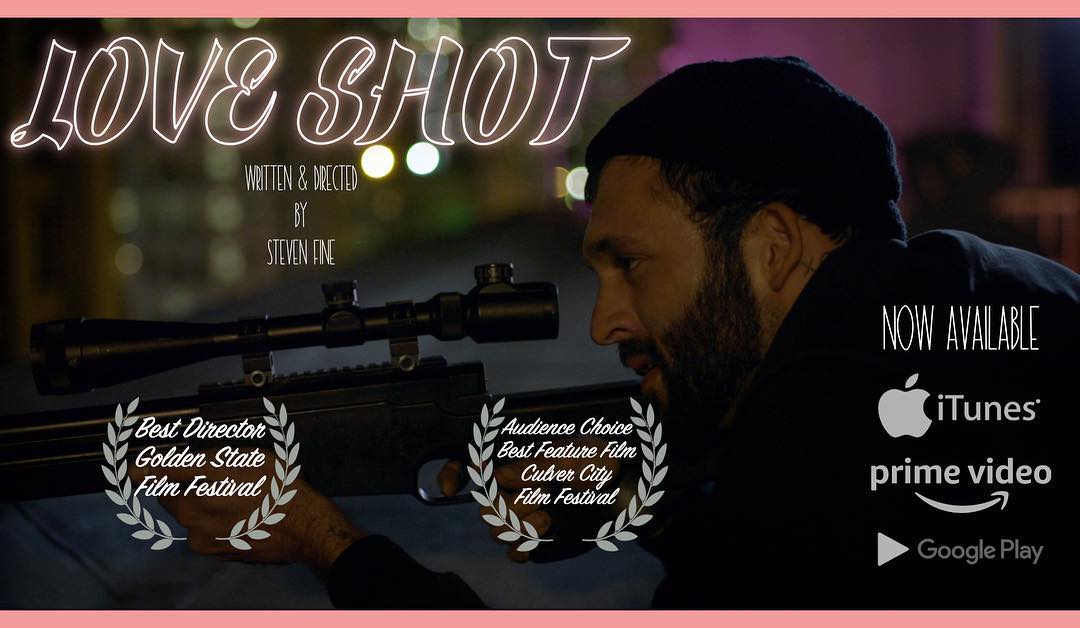 Any places to eat or things to do that you can share with our readers? If they have a friend visiting town, what are some spots they could take them to?
I’d start by taking them to Griffith Observatory to see my favorite view of Los Angeles. Then we’d eat at Sugarfish, my favorite sushi, and go see a movie at the Arclight Cinemas off Sunset. Hopefully Arclight would have an in-person director’s Q and A after the movie. The next day, I’d take them downtown to see the Broad museum and eat at Grand Central Market and then we’d make our way across the city to walk along the Venice Boardwalk. We’d definitely go to Santa Monica to get Side Car Doughnuts and then make our way back to Silverlake to have Ramen Tatsunoya for dinner and grab drinks at 4100 or Bar Stella. The next day we would go to Amoeba Records and buy some special edition blu rays and some vinyl. Then we’d go to the NOW and get massages. That night we’d go to a concert at the Greek Theater or the Hollywood Palladium. After the concert we’d go hang at No Vacancy if it wasn’t too crowded, which is unlikely. 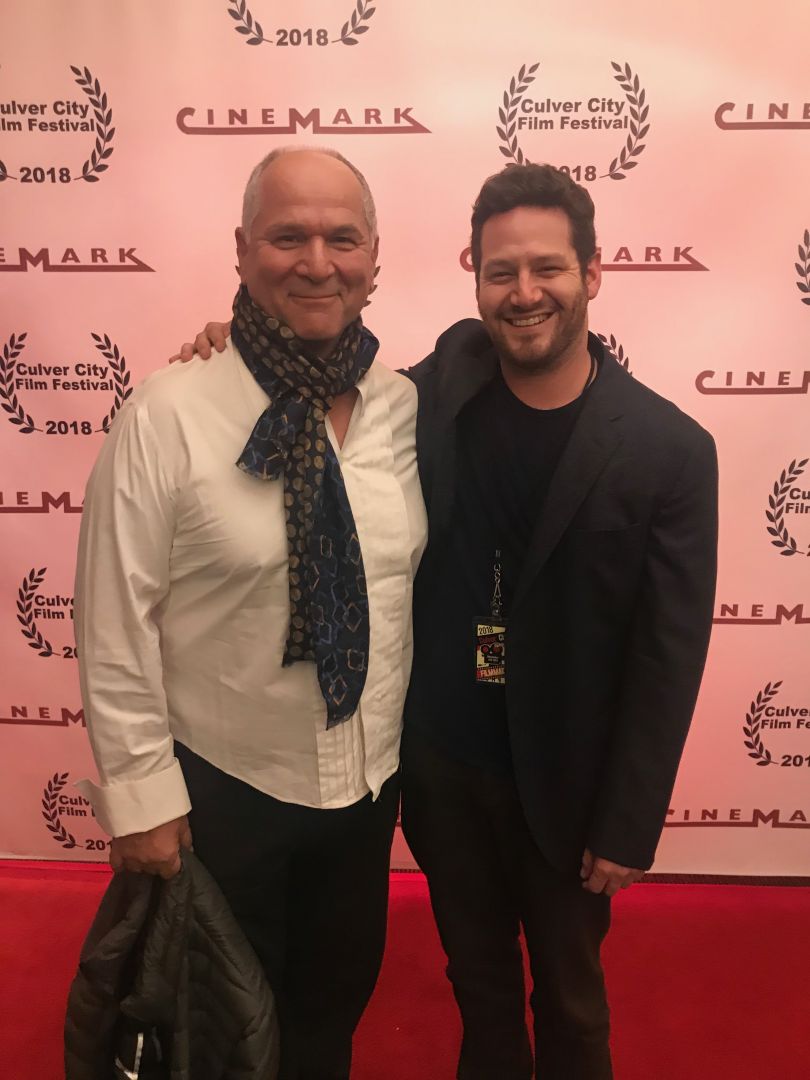 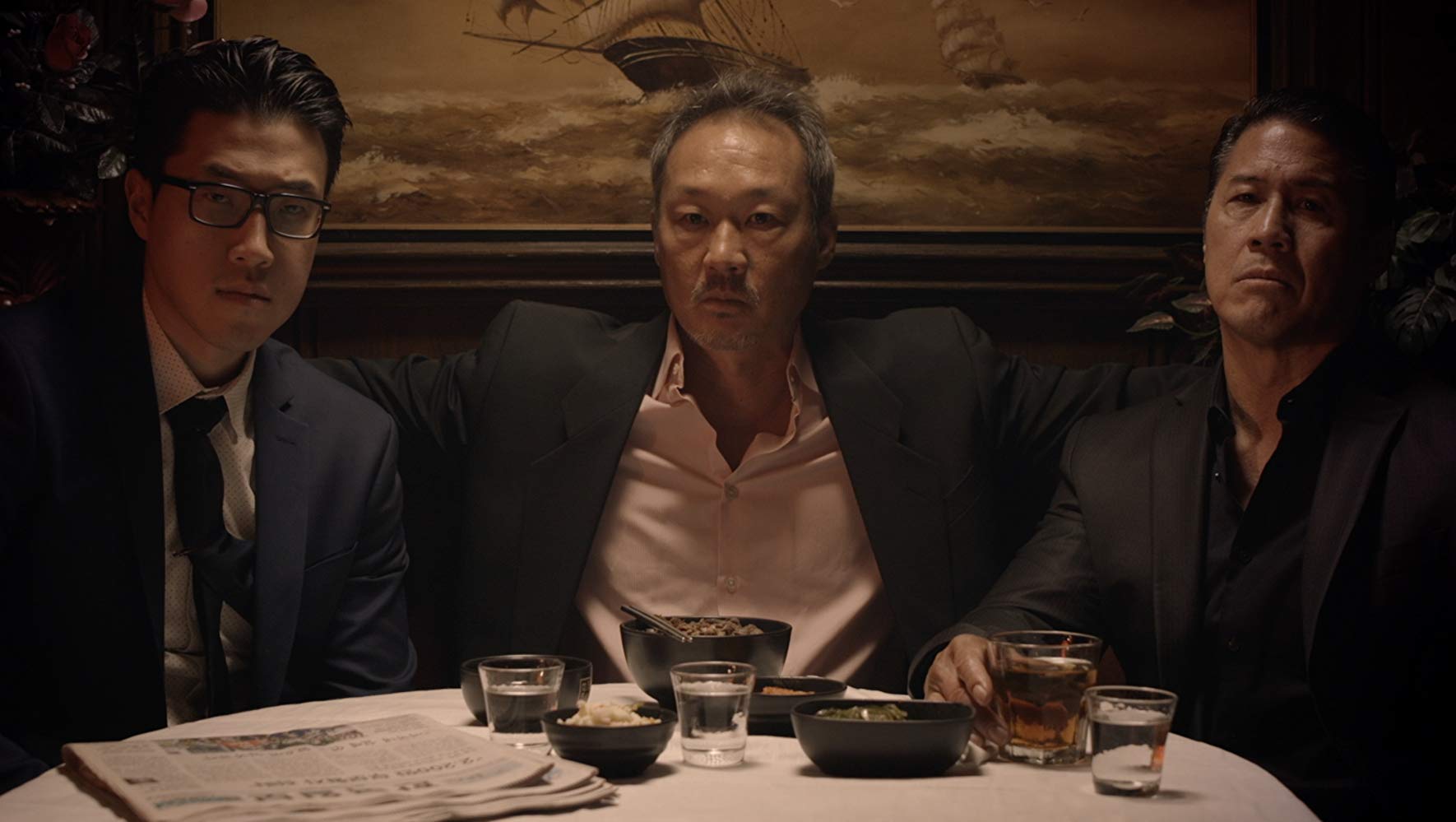 The Shoutout series is all about recognizing that our success and where we are in life is at least somewhat thanks to the efforts, support, mentorship, love and encouragement of others. So is there someone that you want to dedicate your shoutout to?
I would like to dedicate my shoutout to a large group of people that includes Allan Fiterman, my film directing professor at New York Film Academy, who told me to go to film school. To Richard and Melanie Fine, my parents, who constantly pushed me to keep chasing the dream. To Mary Jane Doherty, one of my film professors at Boston University, who allowed me to see the indifferent magic brought on by the film gods. To Courtney Cordes, who I had a crush on freshman year of college and didn’t see again for twelve years only to realize she’s the love of my life. To all of my friends, who always believed this is what I would do in the end. To Noah Hawley, John Cameron, Jack Rapke, and AFI, for giving me a good reason to make my first feature.