We had the good fortune of connecting with Tristin Alexandria and we’ve shared our conversation below.

Hi Tristin, what’s the most important lesson your business/career has taught you?
My career as a filmmaker has rested in a constant state of metamorphosis. Evolving between moments of finding peace within comfort and holding on to peace in a lack thereof. Because of this constant voyaging, the most important lessons to me become about a lesson’s propensity for constancy in my life. For me, the rock that I have reached for and gripped through every storm, and gripped even more tightly still as I’ve matured, has been this: Sometimes you have to be willing to believe that there is a path to take that others have not taken before you. That lesson has taught me about what I believe to be true about myself and the world around me. Hollywood has its formula, and that formula works for many, but sometimes that formula has a way of dwarfing what you dream is possible for yourself. You see yourself within its constraints and you see a lack of space for yourself within its rigid walls. You’re a woman, you’re a person of color, you weren’t born into a connected affluent family; you are less than. So you come to believe that you are less. I’ve seen many colleagues and friends dwarf their dreams to have a chance at realizing them. And it has taken backbone, it has taken serious fearlessness for me to fight for this not to happen to myself. I’ve had to choose to live into the reality that there are still actions I can create in a world that has yet to amend itself to my specific needs. I’ve had to not define my success based on whether or not others can see the course I’ve plotted out for myself on the de facto “Entertainment Industry” map. I’ve had to choose to still dream and believe that when I sleep each night and dream up the films of my destiny in my mind’s eye, I am still always free enough, to wake up every morning and chart a course to arrive on that film’s set even if a conventional door is shut. I’ve charted many courses for myself that have arrived at wastelands and dead-ends, but I have found a precious beauty that I have gotten to know and love in being able to wake up each morning and have that promise there waiting for me always. The promise that I can wake up and I can dare to choose to walk down a path of my own conception. It is lonely, and I won’t hear the words “You’re doing well!” along the way, but I may hear, “You arrived.” one day many years from now. When I look to my left and my right, I constantly see less and less familiar faces, as people move back to their small unchallenging hometowns and get practical jobs working for other people with more dedication to pursue their own dreams than they had. I see the myths about Hollywood unraveling before my eyes. This town is tough but this town is about will power and about who’s will wins out. Your will; or its will. I have had the walls around me crash down in my career, and they will crash down on me again, but I have been given the gift of peace, wholeness, and direction during each instance of rebuilding because the knowledge of my worth doesn’t come from the number of people around me or the mold that I fit into. It comes from knowing that I will take a step every day through thick brush when others walk on pavement and that that is still walking, that is still the journey. That is okay. And that is worthy. I am whole because I know that sometimes to reach the top of the mountain you may have to walk down a path that others have not walked before. And on that journey — there will be peace. 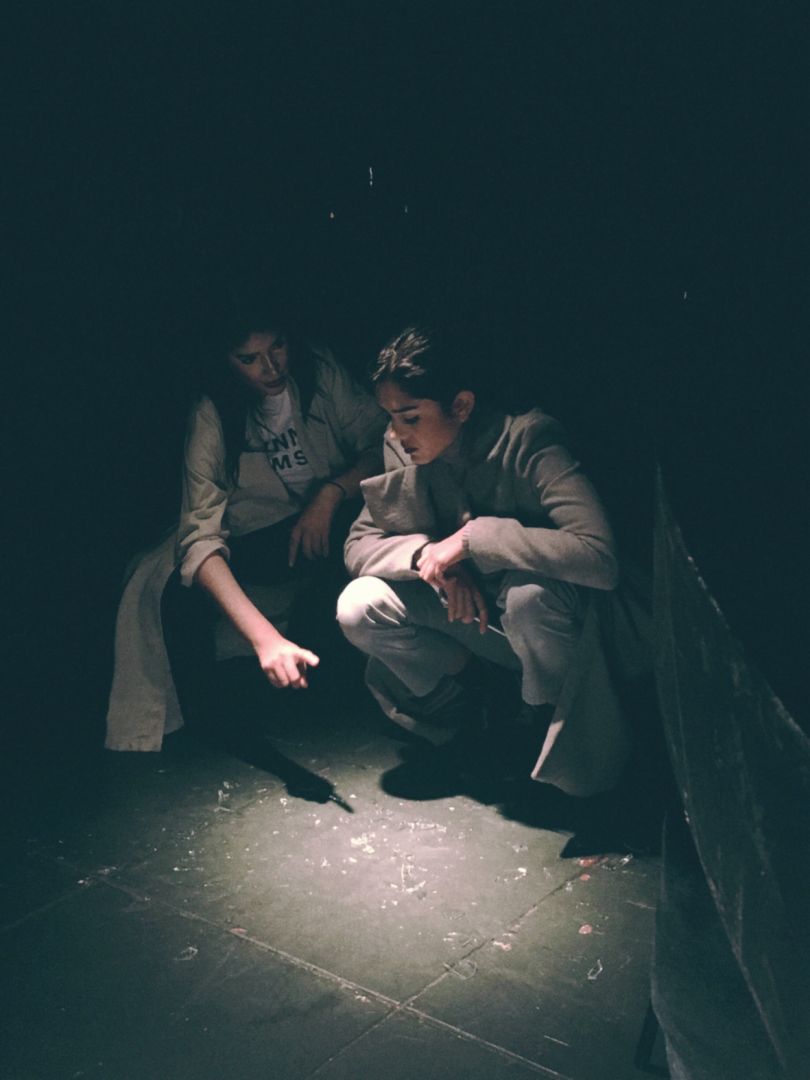 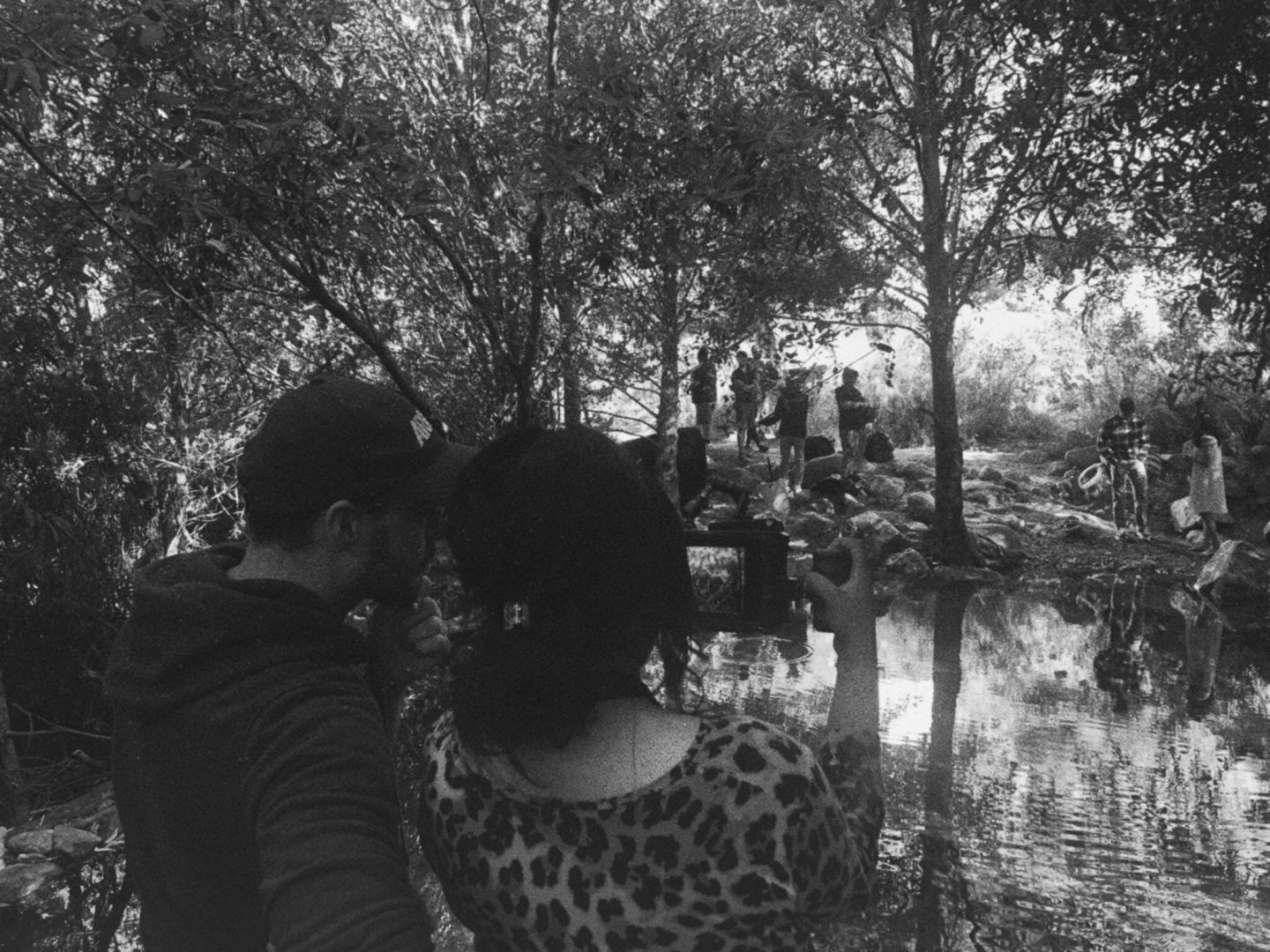 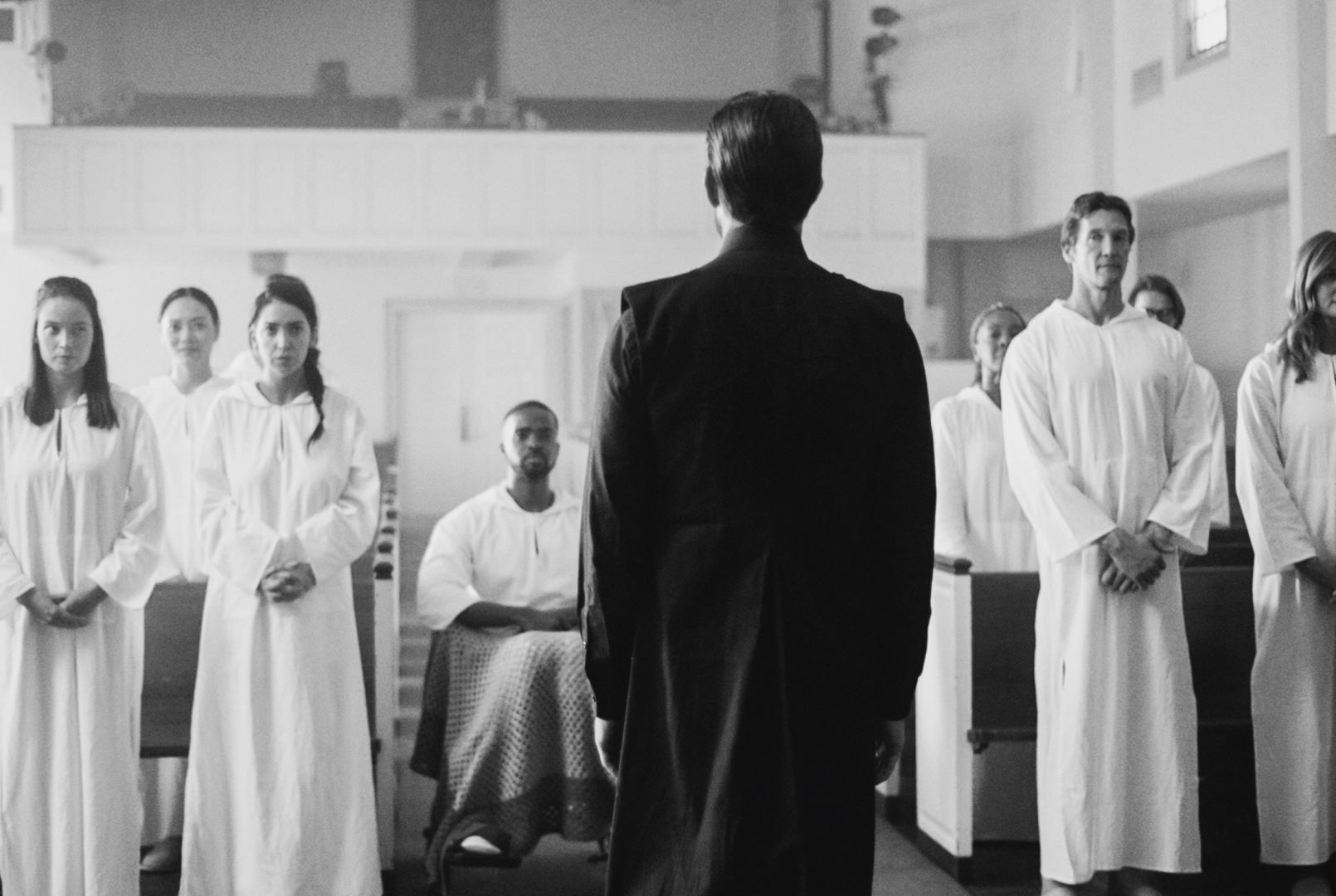 Can you open up a bit about your work and career? We’re big fans and we’d love for our community to learn more about your work.
My art-form is filmmaking. For me, I consider myself a painter of moving images. I’ve been fortunate enough to arrive in Hollywood fresh from the United Kingdom with no connections and over the course of several years of hard work in the independent circuit moved up through pilot television to films and finally, as of 2019, I completed my first feature-film. Making my first feature-film a few months ago was a tremendous milestone to reach. I chose to acknowledge at the beginning of 2019 that no one in Hollywood was waiting with a million-dollar check for me to direct a film, I chose to instead look at that as an advantage, and create my own opportunity. And that was how my film, currently titled The Tenth Lodge, was born. I wrote a script that used all my years of producing to create a plan that was realistic and used the knowledge I had from my first degree in Business Management to turn the film into a business venture that caught the eye of an independent production company that invested in the screenplay and accompanying business plan and agreed to make the movie. If turning my film into a business venture was what it took to make my film; then as I mentioned earlier, I chose to not be afraid of walking a path that combined business and film in a way I’ve not seen done before. From that point forward I woke up for the month of shooting every day humbled to learn this new way of filmmaking. If someone would have told me that going down a road that may be perceived as “less than” would have presented me with opportunities that conventional filmmakers wouldn’t reach I would have laughed. But that was maybe the proudest moment for me: creating something from nothing and having a third party company approach me with an offer to make a documentary about the making of my movie. This experience in my life was so powerful because it completed the circle of what I had clung to believing my whole life. And truly fulfilled what I had always believed: That I am able to achieve my dream of making feature films, and granted Leonardo Dicaprio, Brad Pitt, and Shia LaBeouf may not be a part of my debut, but my movie was created nonetheless, and I had doors and opportunities opened to me even still that may not look like everyone else but they were rewards and achievements that were uniquely mine and stood apart from my colleagues and competitors. And there is fulfillment and arrival in that. 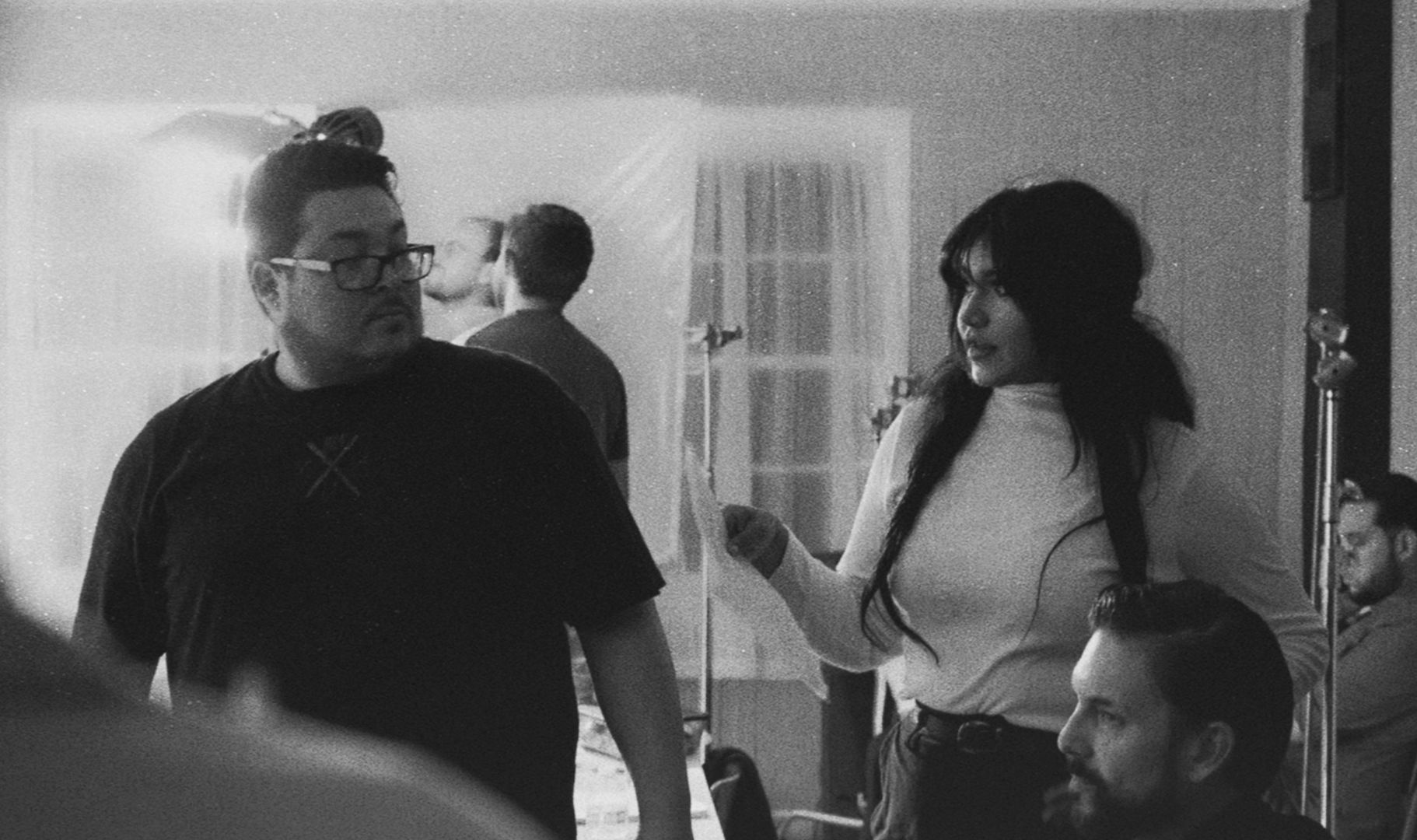 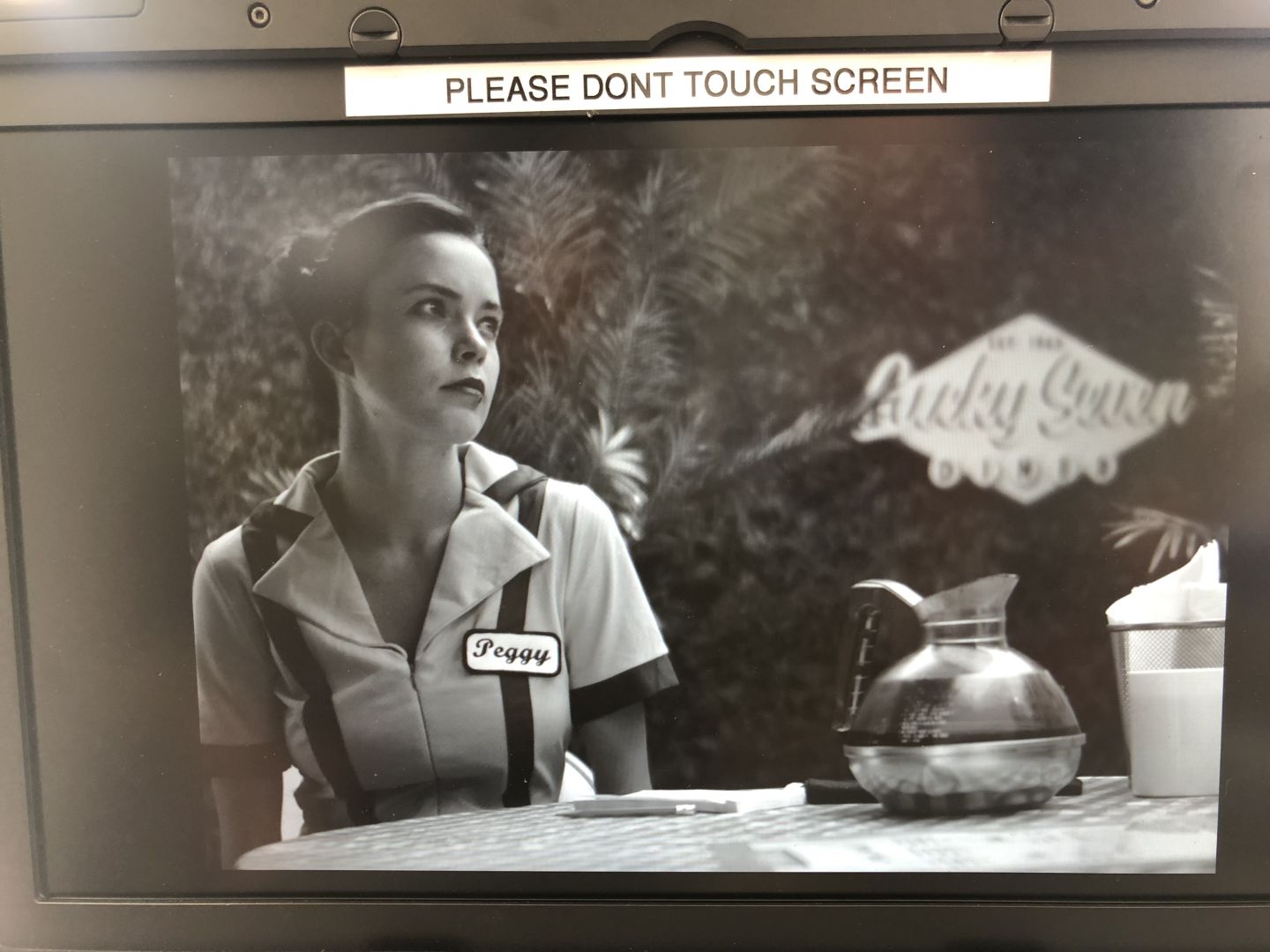 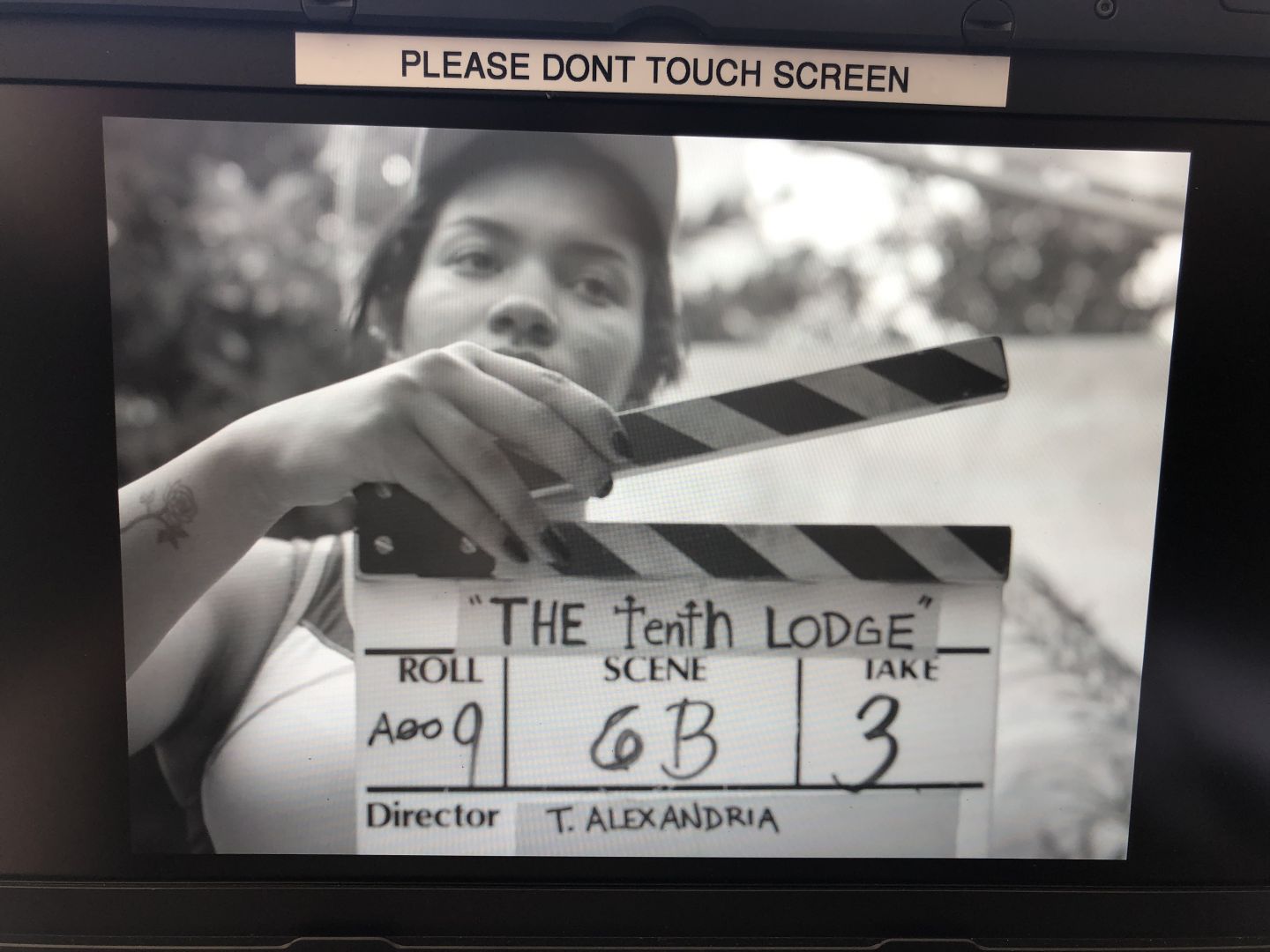 Any places to eat or things to do that you can share with our readers? If they have a friend visiting town, what are some spots they could take them to?
One of the most exciting things about L.A. for me is its rich film history. That’s one thing we take for granted that other countries don’t have. In Scotland, there were only a handful of internationally acclaimed films that were shot in the country and the rest were either shot elsewhere or were not as notable. In Los Angeles, there were and are prolific films shot at every corner. For me, my idea of a nice day is visiting Pat and Lorraine’s Coffee Shop in Eagle Rock where Reservoir Dogs was filmed, reading a few chapters of Don Graham’s “Giant” book about the making of Elia Kazan’s infamous James Dean classic on the tranquil grass at Doheny Mansion where There Will Be Blood was filmed. Before eventually ending the night catching a midnight screening at The New Beverly Cinema that is owned and operated by Quentin Tarantino. I’m a bit of a cinephile so for me as an L.A. born and raised native, this is my own personal heaven. 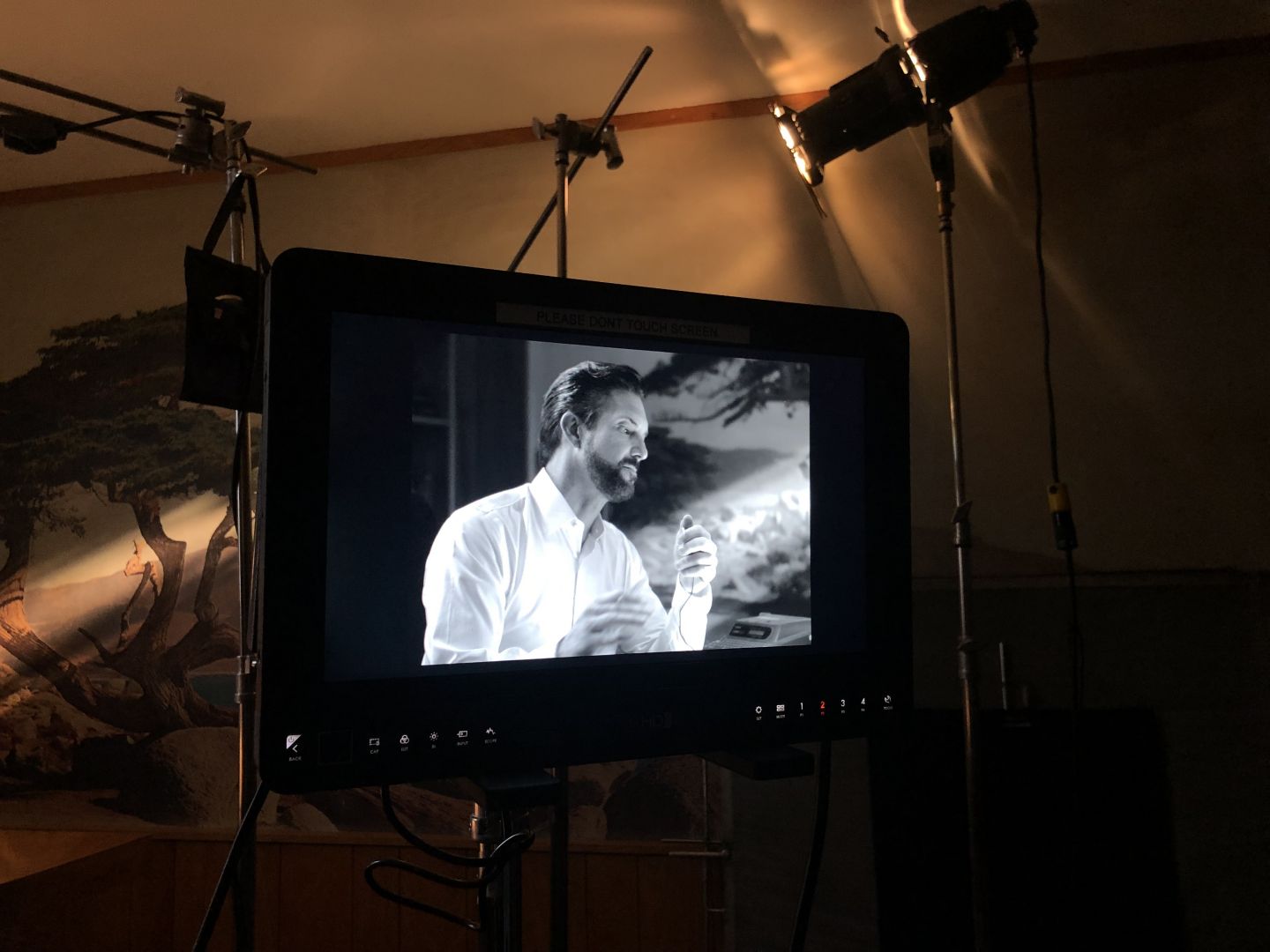 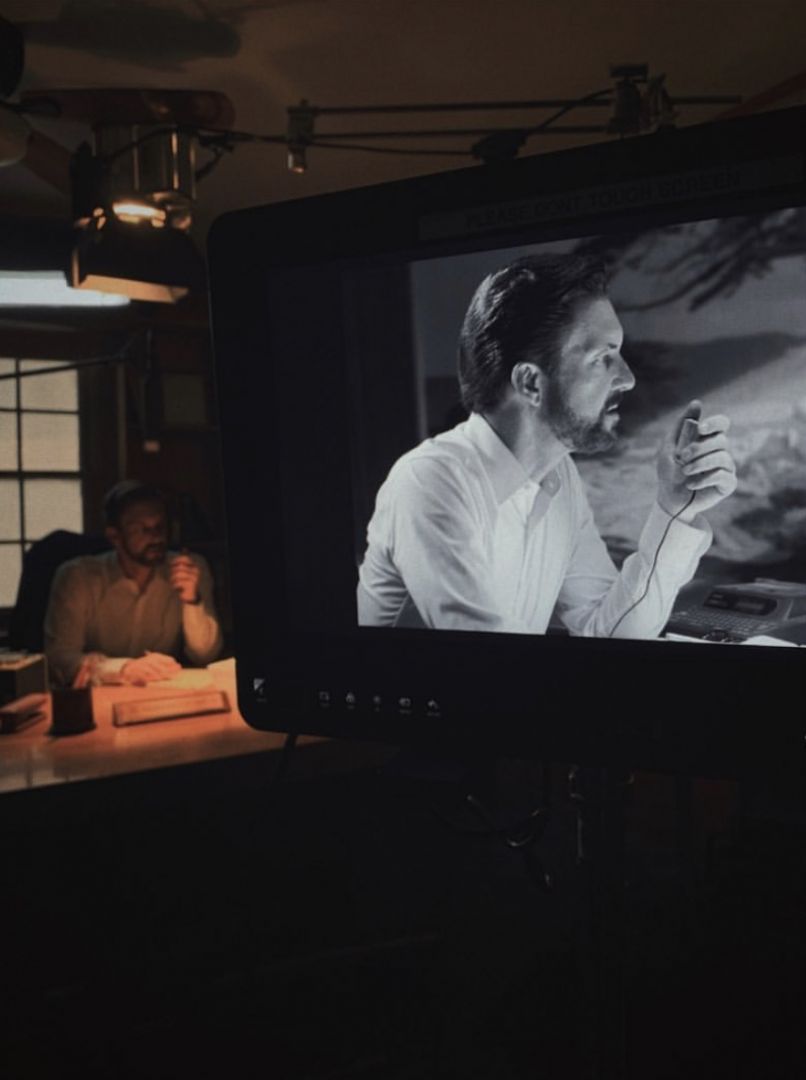 The Shoutout series is all about recognizing that our success and where we are in life is at least somewhat thanks to the efforts, support, mentorship, love and encouragement of others. So is there someone that you want to dedicate your shoutout to?
I’d like to dedicate my shoutout to Ariel Zucker of CNT Productions. Walking down a road of your own making can be lonely, but women like her remind me that iron sharpens iron, and there will come a time where you start to see others that aren’t in your rearview mirror, but are running alongside you. Both her friendship and the leadership of her organization have given me a tribe that consists of a beautiful tapestry of diverse women who have seen that my path is in a state of being blazed and yet these women have looked upon what I’ve pioneered and called it good. The audacity of Miss Zucker’s determination has been kerosene for me. She has perhaps given me one of the greatest gifts of all – she has made me not feel alone in doing something new. She has made me feel accepted in making change. If you’d like to support what she’s doing for marginalized voices in our entertainment community visit her website: https://www.cntproductions.com.