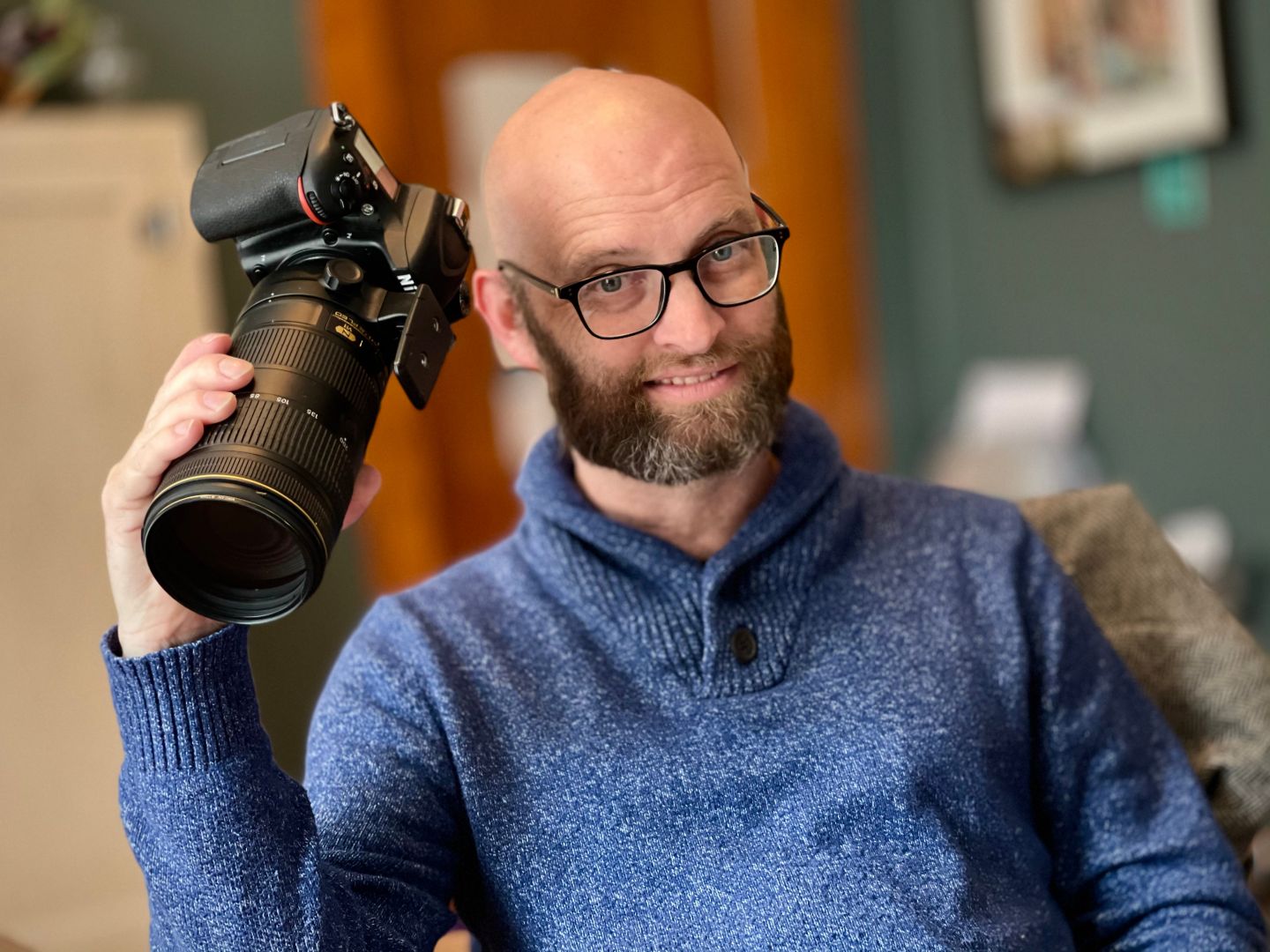 I’m from Lincoln, NE. My parents started a women’s softball complex here and were constantly volunteering their time to physically develop the land and coach teams—back when there wasn’t space for women to play. That was on top of their teaching jobs. That devotion to community and their work impacted me for sure. Beyond the obvious pride I take in doing a good job with my business, I also consider involvement in my community an essential part of who I am. Read more>> 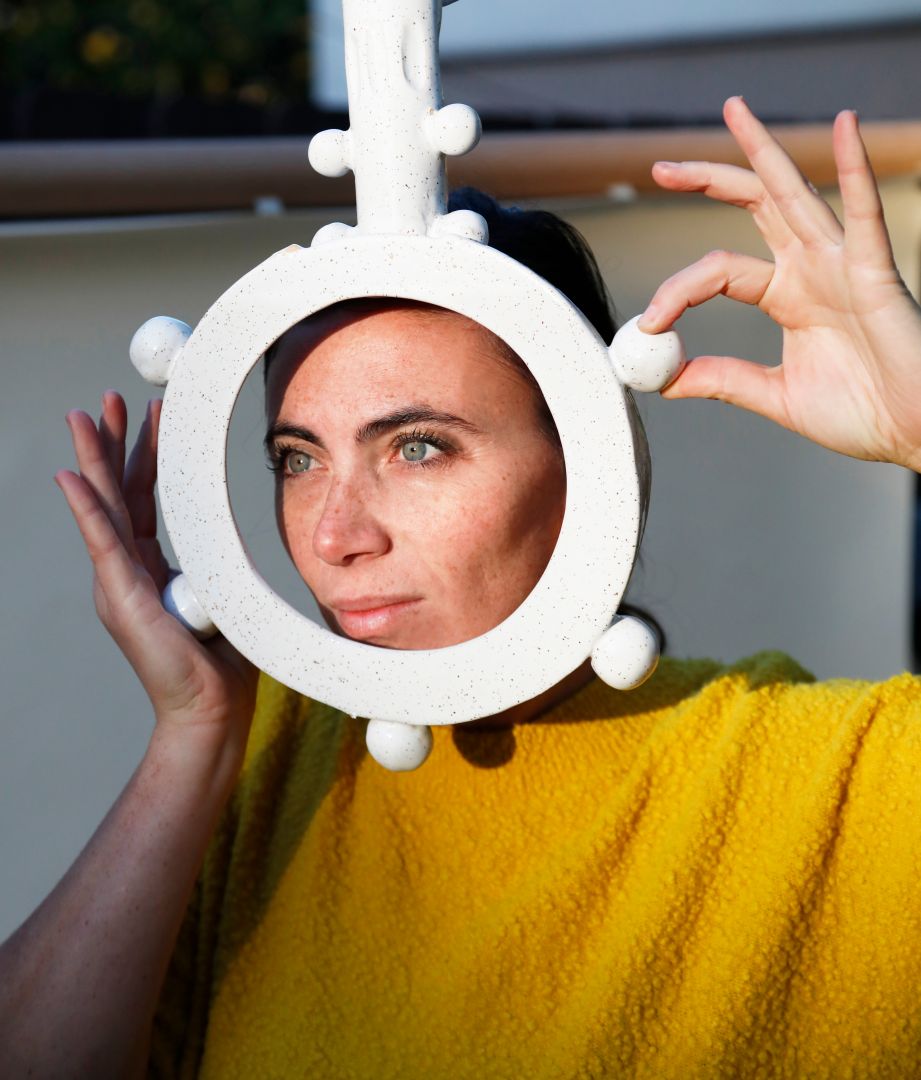 I am from Nice, south of France, i grew up there and then I’ve got my first job in fashion in Paris at 20 years old. South of France “Art de Vivre” is very special, and I think i am influenced by that culture in each of my pieces. As a kid I was fascinated by the little town of Vallauris where they were well none for their ceramics. Back in the 60’s Picasso went in Vallauris and made more than 5000 pieces of pottery. I always loved his practice and the way he was considering this humble material to make it a masterpiece. I think his way of thinking is influencing me every day. Clay is a very special material that allows you to create without boundaries and I love this huge freedom. Read more>> 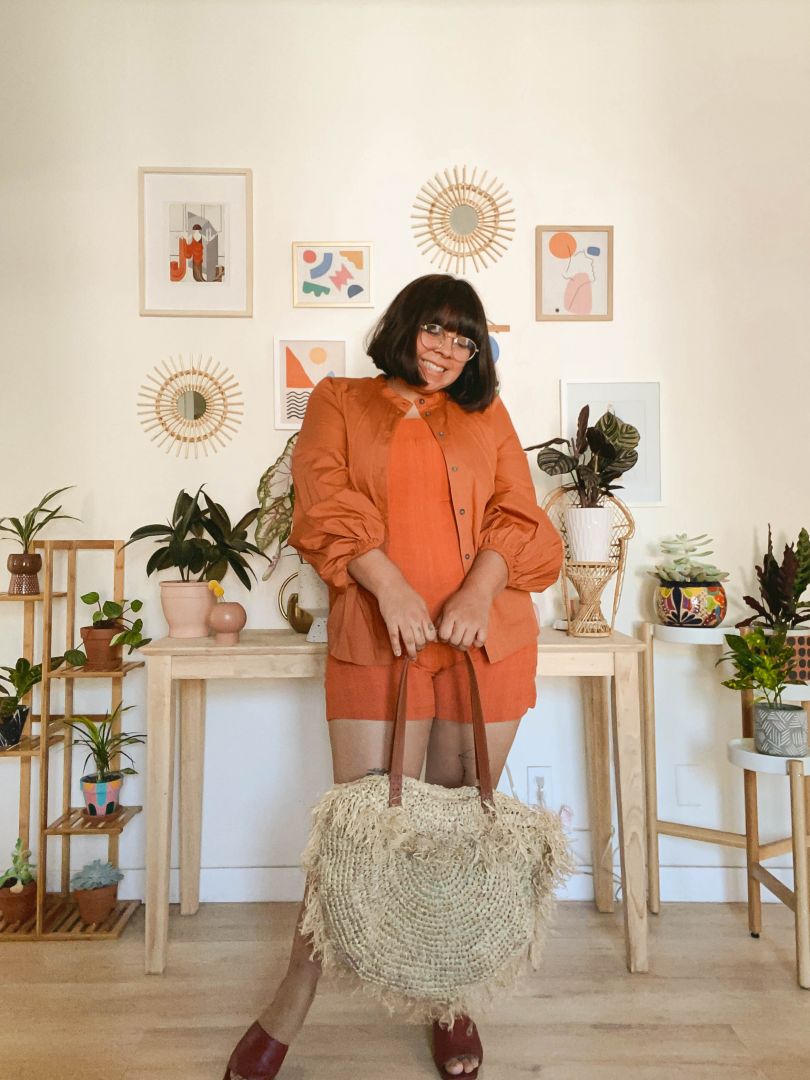 I’m Bolivian-American. Growing up as a hyphenated first gen definitely came with identity issues. I never felt like I belonged here nor there. And I think that’s the story for a lot of first gen kids. But as I grew older I began to know more and show more interest in my ancestry, in the culture of Bolivia. My parents are very proud Bolivians, they always were and they would always say I should design clothing in Bolivia blah blah blah. That’s what it sounded like to me. Being a teen, I didn’t want to listen to my parents, I wanted to find that journey myself as a designer. And fast forward through my journey of studying fashion design and designing my first aguayo pieces, I finally found my aesthetic. A balance of what my parents were always proud of but also included is my own identity. All that impact who I am today, how I run my business, what my business stands for. Read more>> 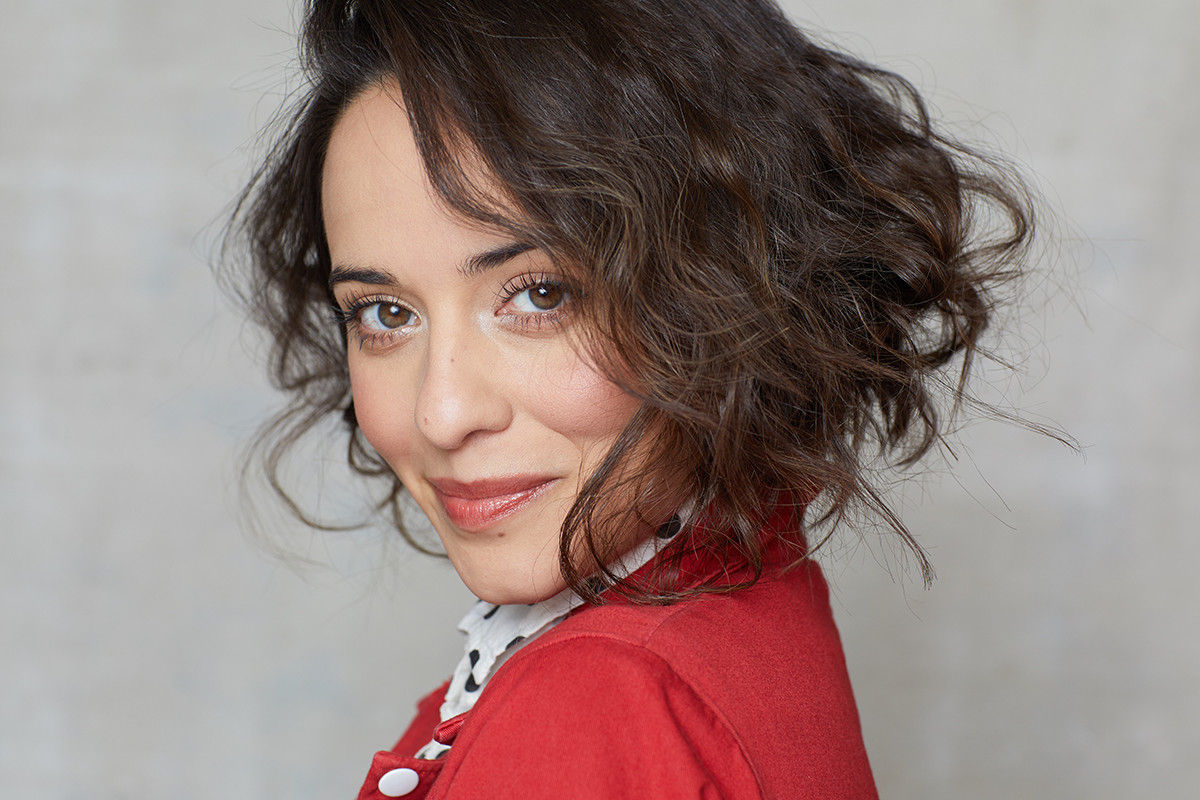 I am from Utah, originally. I grew up in North Salt Lake, which is a small suburb just over the hill from Salt Lake City. I grew up in the Church of Jesus Christ of Latter Day Saints, or the Mormon church as it is commonly known. The question I get most often is “are you still practicing?” and the answer is yes…mostly. I grew up in a mixed ethnic home. My mother is a convert to the LDS church from Honduras. She moved to Utah when she was 17 to go to school. She met my dad, who is Caucasian and a pretty typical white Mormon guy. They’re still married, though not without their differences in views. My mom has rarely been an active church going member all my life. So I grew up with a divided family, so to speak. My mom doesn’t go to church, though she still believes in a lot of it. My brother left the church when he was a teenager, And my dad and two sisters are, I’d say, the most devout. Read more>> 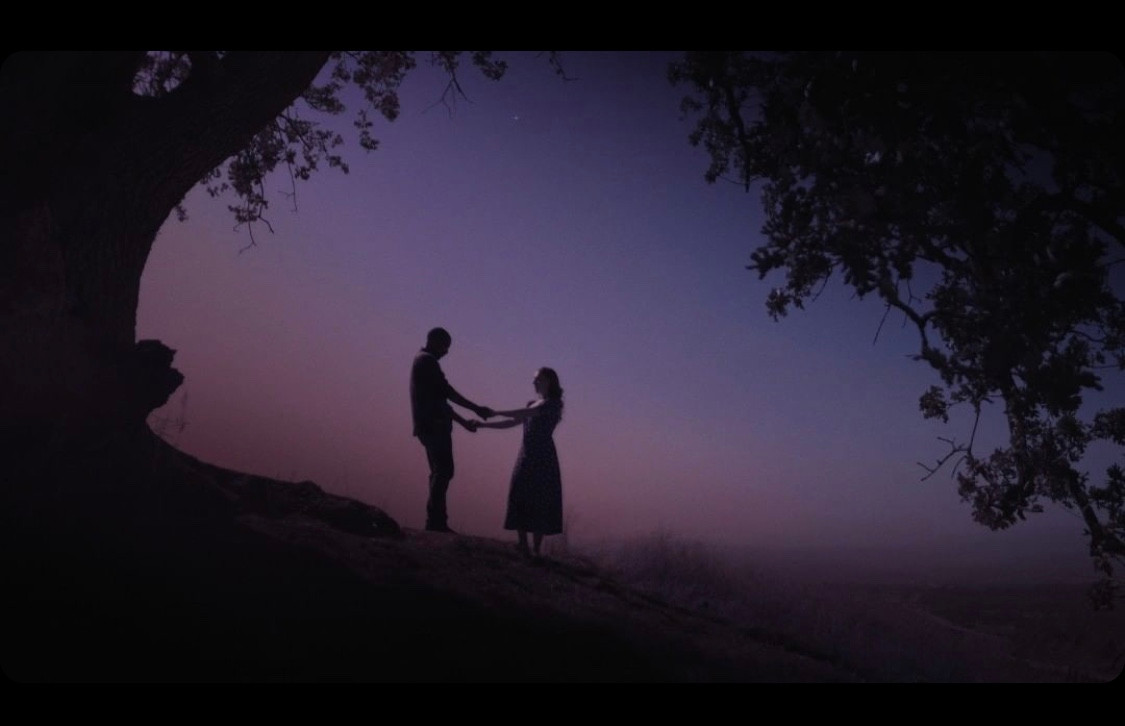 A 2-mile wide strip of land stretching 30 miles called the Curonian Spit brings fond memories of growing up in Nida, Lithuania. The contrast of the salty Baltic Sea and the freshwater Curonian Lagoon divides the wilderness of its nature and the people. The striking landscape of bizarre sand dunes, never ending pine tree forests and unspoiled nature inspired a boundless need to perceive. Growing up with my grandmother provided the freedom to explore its present duality, while my parents made a living in the contrasting capital of Vilnius. The hardships led us to follow them to the city when I was nine, only to find further divorce. I was exposed to and quickly learned to adapt to two very diverse lives: learning from journalist photographer father and the business orientation of my mother. In both roles, I assumed the position of an observer, rather than a communicator. Read more>> 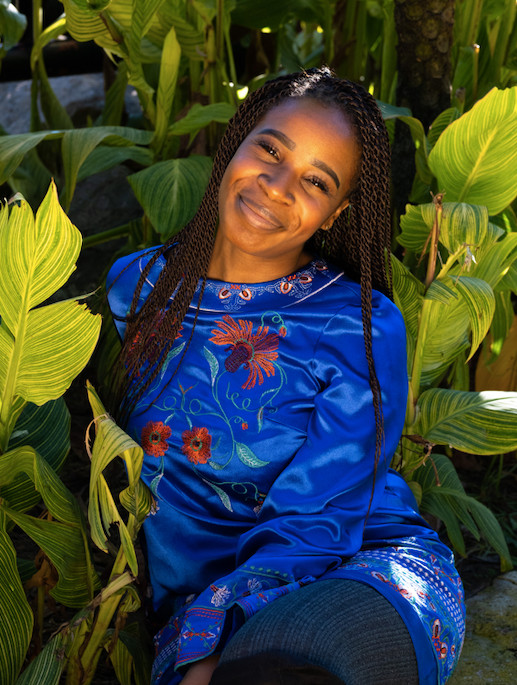 I am a native born Angeleno of Deep South extraction. I was raised primarily in the Mid-City area of Los Angeles as a child along with my younger brother. I was fortunate to have been reared in the manner that I was — my parents loved my brother and I tremendously. My parents fostered a home that was so incredibly nurturing, supportive, and loving. At the time, the neighborhood where we lived as children wasn’t exactly the safest, as it was a time of rampant crime and violence. We experienced some really difficult things as children that would leave a lasting impression upon any individual. Our lives were significantly impacted by the ’92 Los Angeles Riots. Read more>> 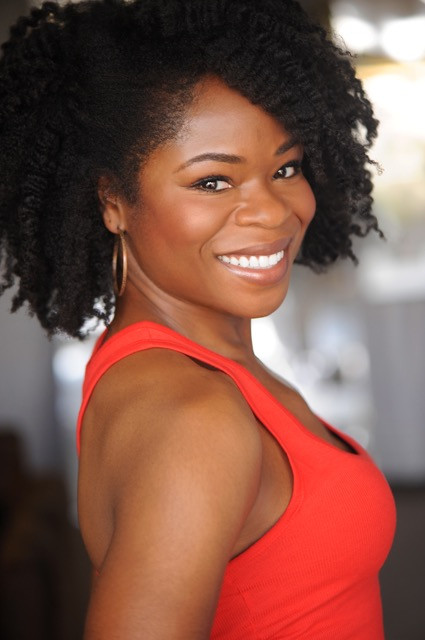 I’m from the South Bronx (NY). Growing up there I quickly realized that not much was expected of us kids. The public school system was awful. The books were all outdated. The classrooms were overcrowded. I’m talking 35-40 students to one teacher. We were definitely not set up for success. To say the least. I felt that. And it always bothered me. Don’t get me wrong, there was a lot of wonderful things about growing up out there. The community was tight. Everyone knew each other, maybe not always by name but by story. There was always someone in your business, so to speak. And that was a great thing. You never felt alone in the Bronx. Yes, there was street violence (I’ve dodged my fair share of stray bullets) but there was always someone looking out for you. Always. Read more>>