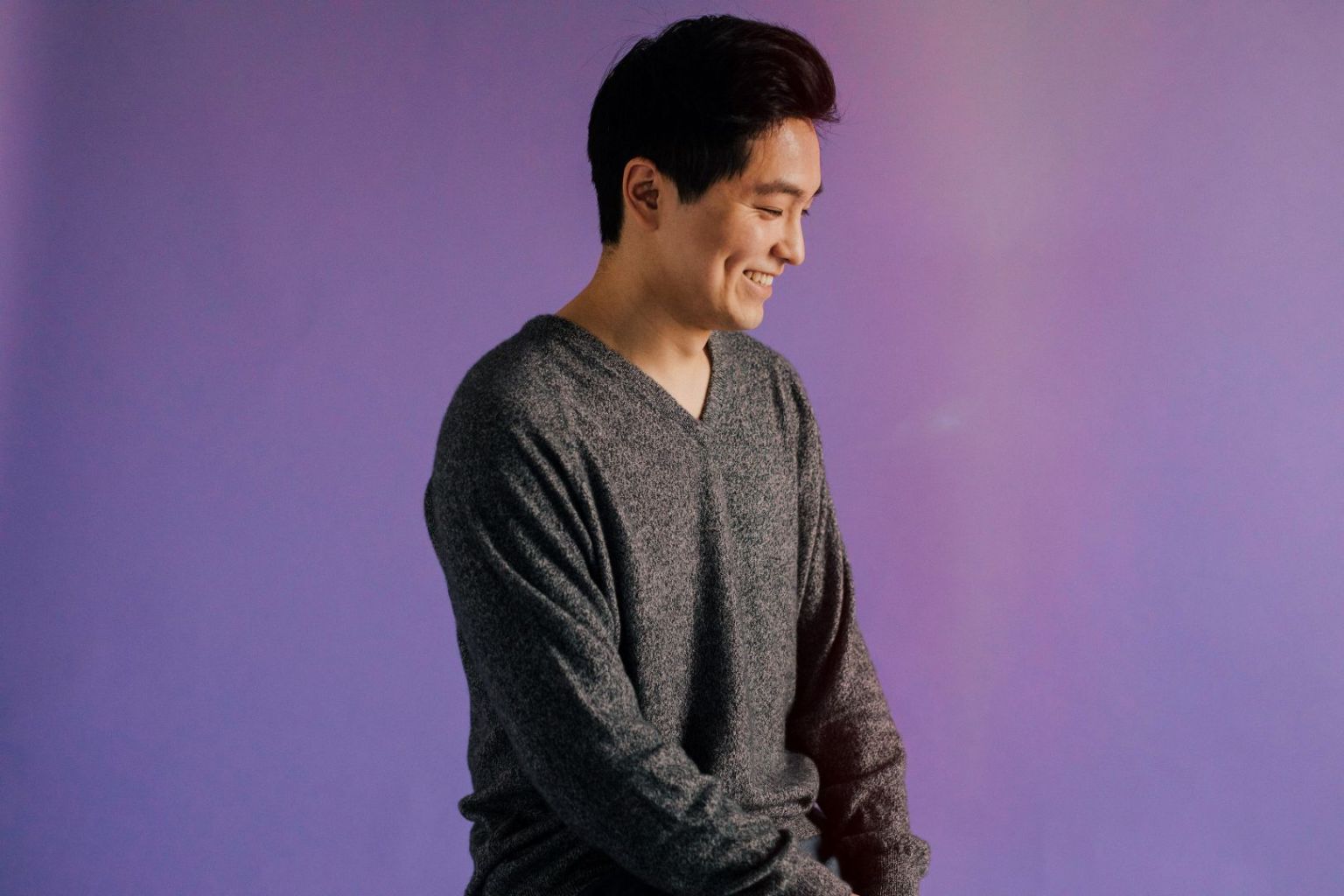 I can actually trace back to the precise moment when I realized making music was all I ever wanted to do. In my sixth grade music class, we were tasked with creating a song from scratch using GarageBand. Up until then, playing the piano was more of a chore, and something I did to satisfy my parents. That project sparked in me a whole new fascination for music, and made me realize that music is so much more than playing pieces that others had written centuries ago. Immediately afterwards I became obsessed with making beats and trying to recreate the sounds that I loved listening to, but doing this as a career still seemed like such a fantasy. Read more>> 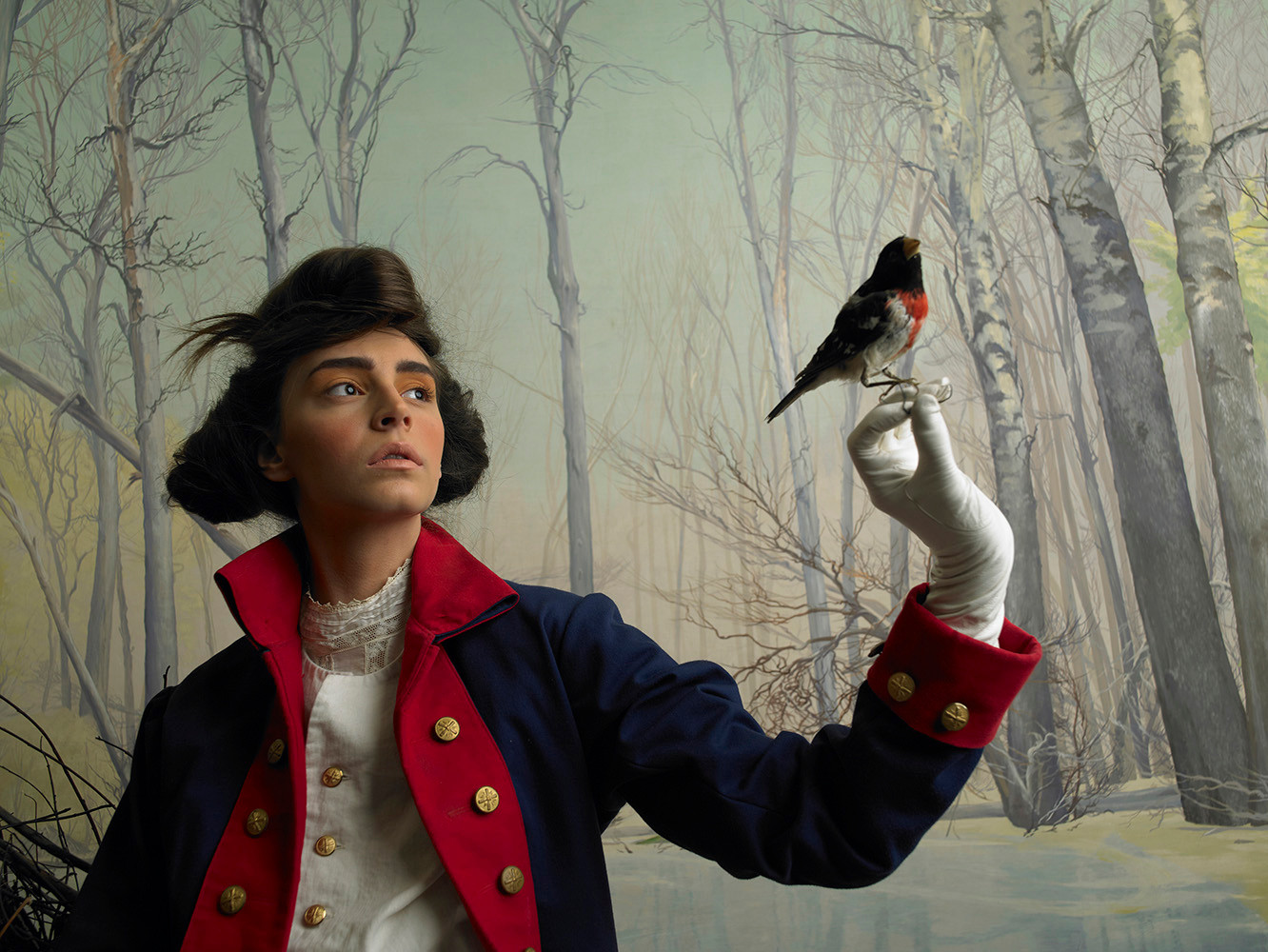 I started off college as a marketing major. Marketing…gross. I didn’t think I could earn a good living as a photographer. At the same time I was taking several photo classes, spending most days in the darkroom. The head of the photo department, Hideki Kihata, set up a meeting with me. He convinced me that I was wasting my time as a marketing major, and that I had the chance to be a great photographer. And against the grain, he told me I should get out of there and go to a place that would nurture my talent. Read more>>

The reason I chose to work in creative industry was when I made an audiovisual work three years ago. I have always been thinking about one question, how do all these sounds look like? With my accumulated skill-set, I determined to visualize white noise as it is pure but complicated. Moreover, I think white noise is perfect for reflecting basic elements like point, line and plane in the planar space. Then According to our sound input, our program will create its unique images. To best represent the feature of white noise in a planar space. Read more>> 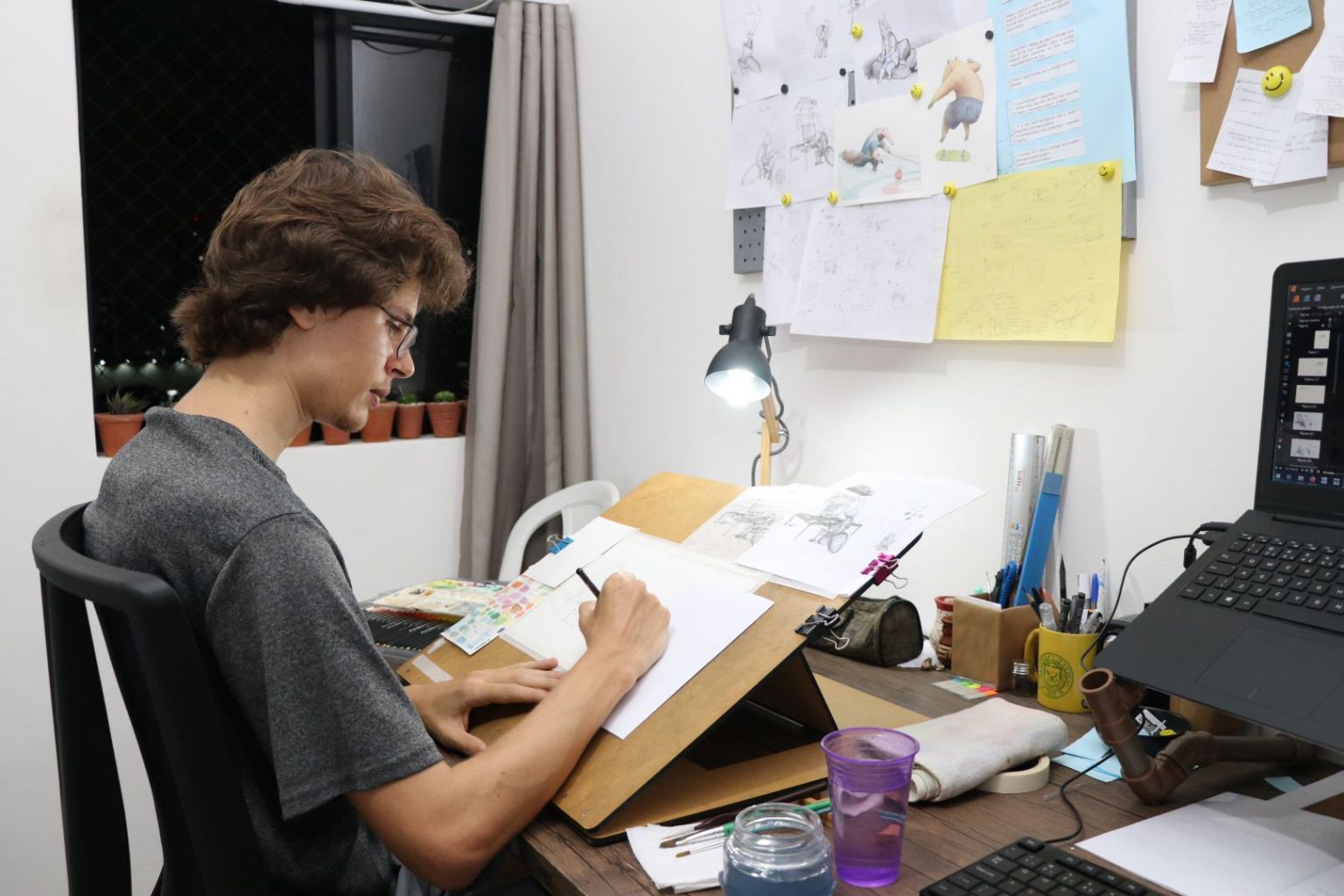 I believed I could make a difference in the world with my illustrations – an overly optimistic mindset. This is a difficult career, though. Even if it is possible to be a full-time illustrator here in Brazil, some segments of the market are more difficult than the others and it’s often better to resort to international clients due to the variety of demand and other aspects. The challenges of this job often make me forget why I decided to be an illustrator, but whenever I see problems related to causes that I intensely care about, like wildlife conservation and overall environmental problems, I say to myself: “that’s why I need to keep on going”. Read more>> 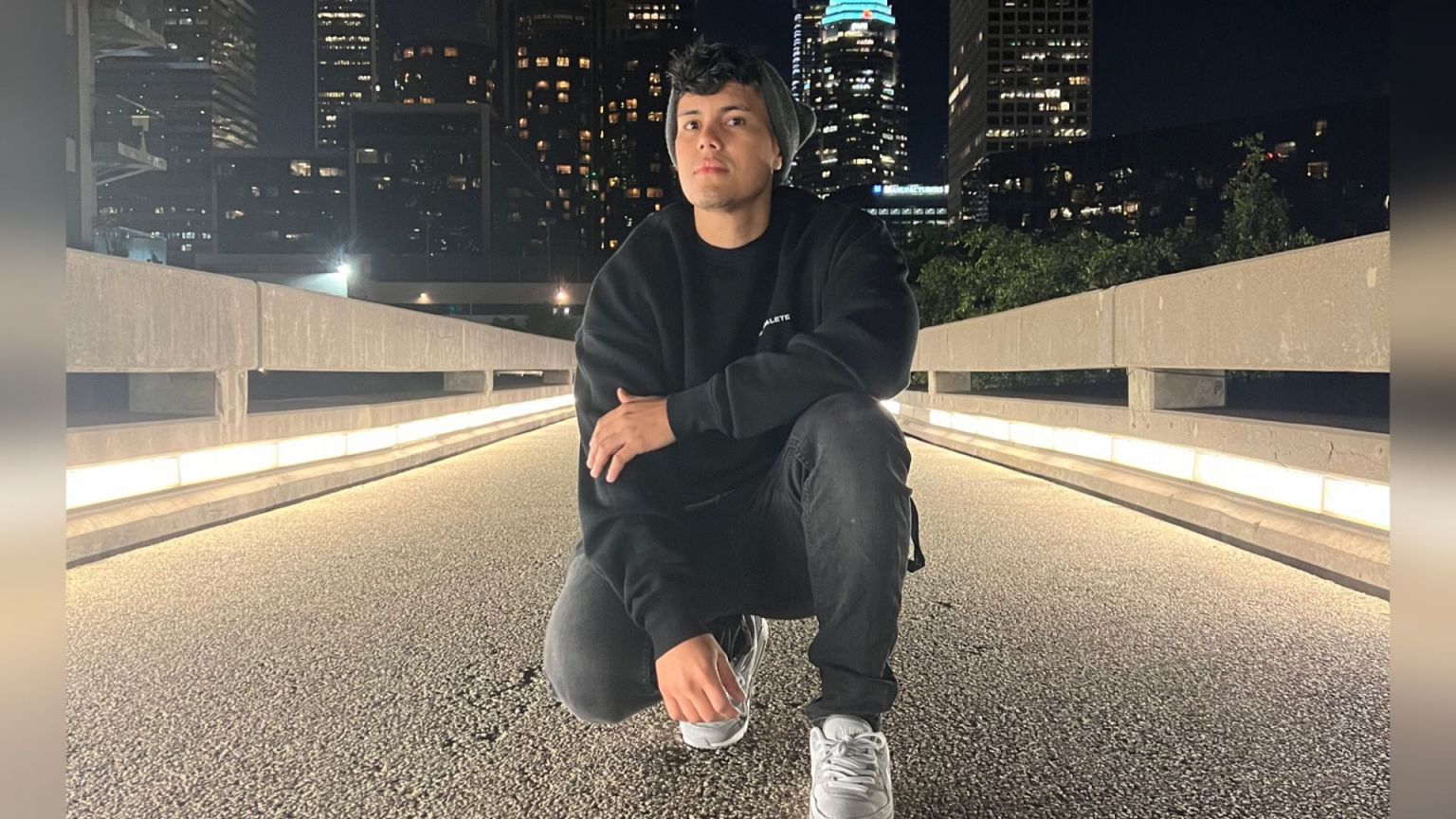 I’ve always been drawn to making videos that entertain people. I remember having a YouTube channel (which got banned lol) back in the MySpace days and they would get some traction. Seeing the reaction of people enjoying my videos made me happy and coming up with ideas for a video always came natural to me. So a mix of those two things made me pursue a creating content path. Read more>> 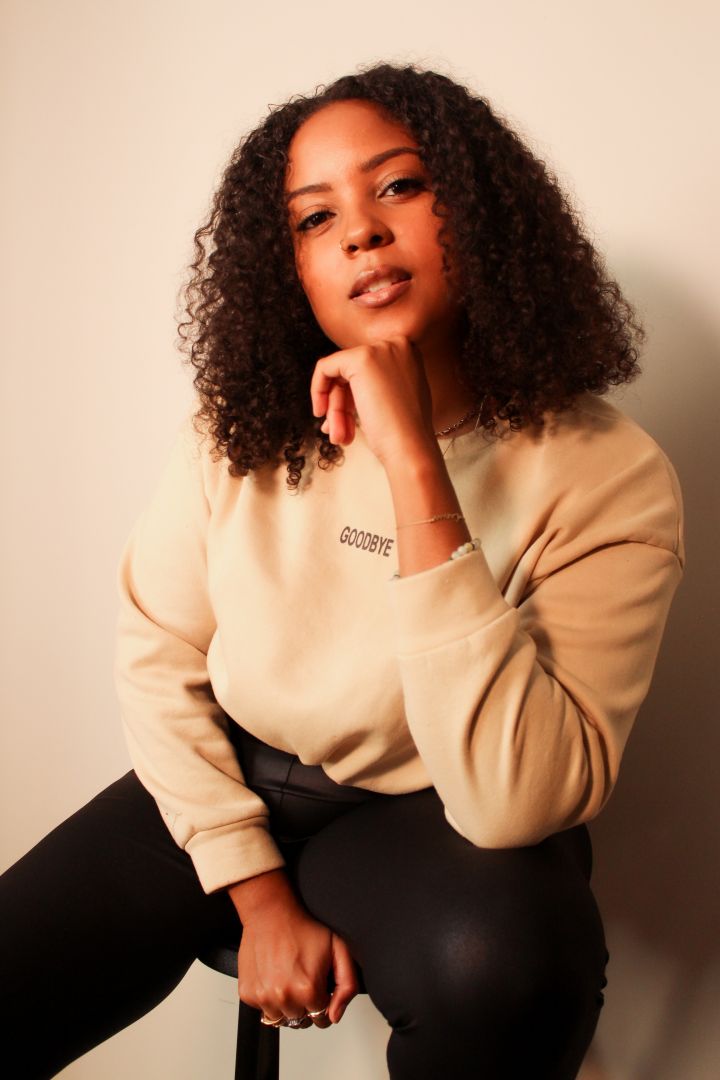 The short answer is: there was no other choice. Sometimes I think I knew myself the most in early childhood. Before the dissolution of growing up hit, before I discovered doubt, I knew I was meant to be an artist. I’d write “singer” on the “what I want to be when I grow up” assignments. I imagined a life on stage, singing, because I truly believed at that time that it was the only thing I was good at – or maybe that being good at it was the most interesting thing about me. I would feel so connected to a song that I couldn’t leave it alone until it consumed my brain. I marveled at the fact that a song could do that. I wanted to be capable of that impact, and I always thought the outlet would be my voice. Read more>> 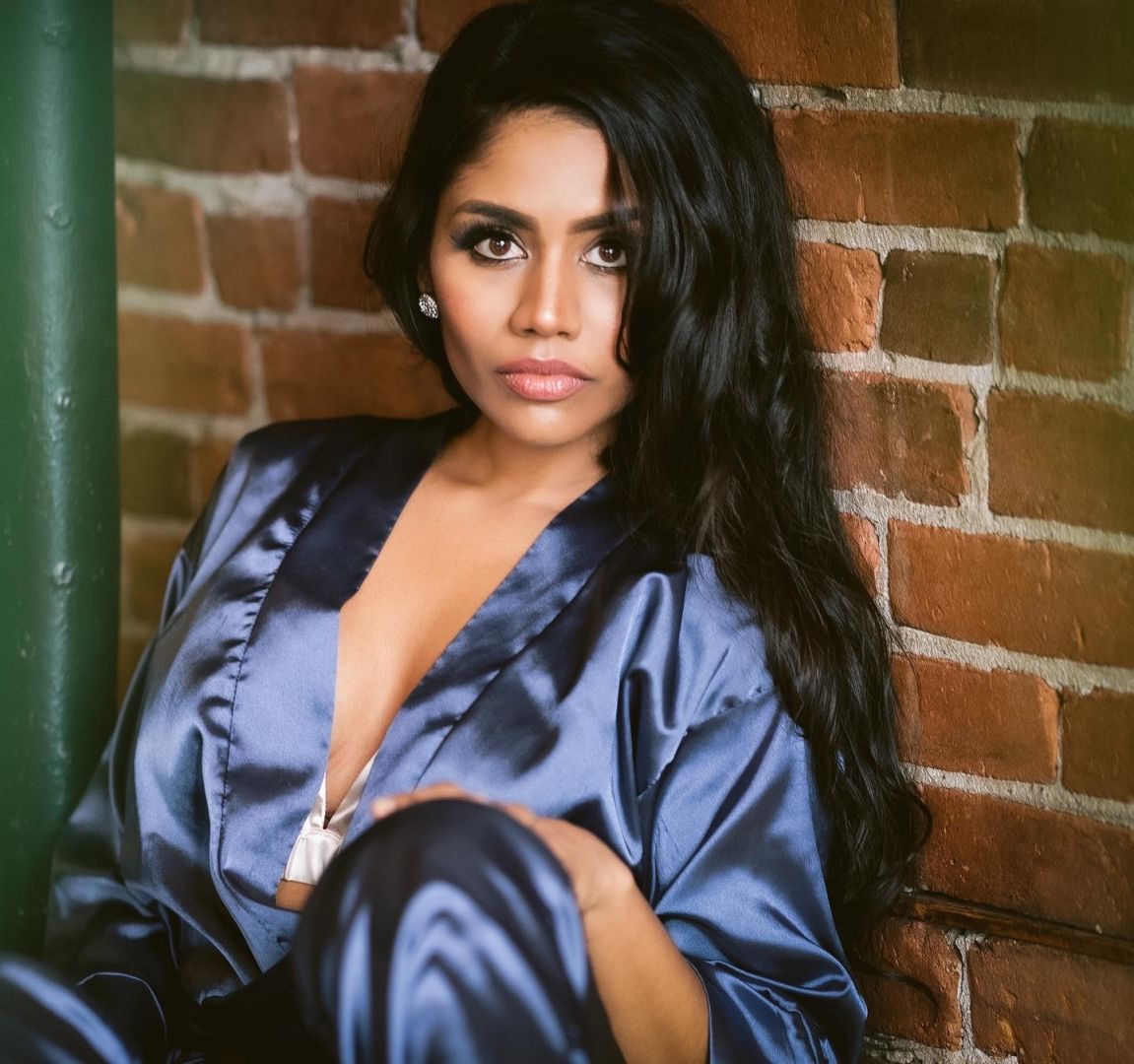 I actually pursued a career in psychology before I pursued a creative career. The thing is I always dreamed of becoming an actor since I was a little girl but I didn’t know if I could actually do it. I always wanted to help people, and family and friendships are very important to me so I decided to work in a career that allowed me to help families, couples and kids. During this time I couldn’t shake the feeling that I wanted to pursue a career in acting that would still allow me to help others through a creative means. So I moved to Vancouver to do this. Read more>> 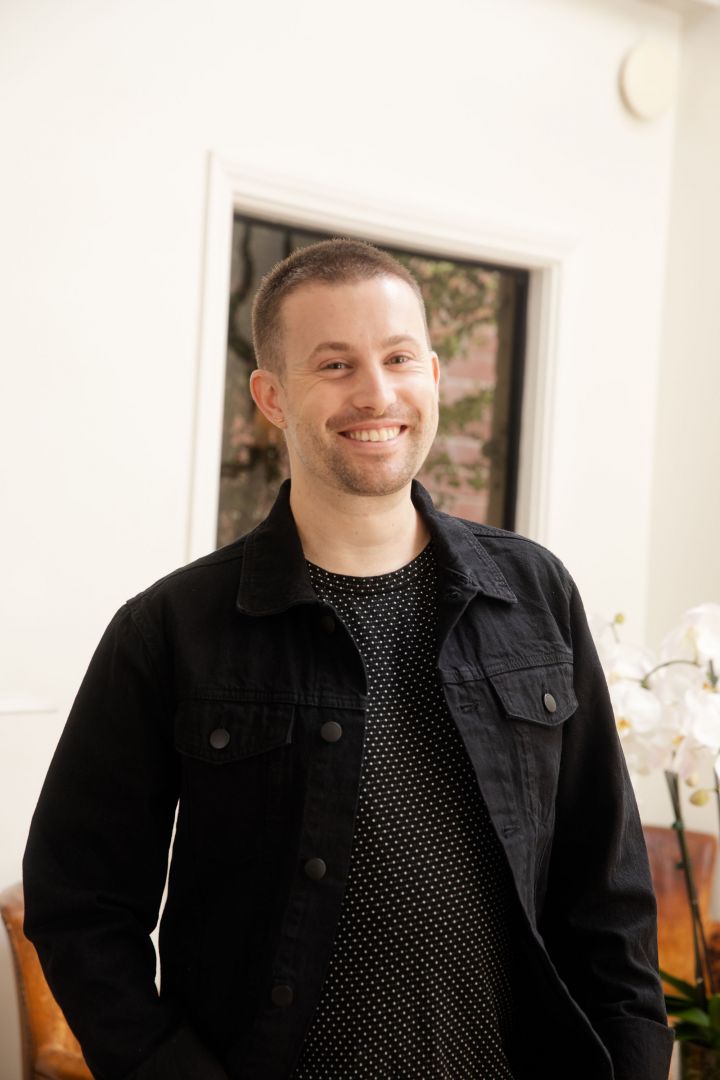 I was always a creative kid: drawing, painting, and making up games and stories. I would get teen magazines and draw more hair or makeup on Britney Spears, Mandy Moore or whoever was popular at the time. When I got older I started watching makeup tutorials and hair color videos on Youtube. However, my parents are in academia– my dad is an English professor and my mom is an academic counselor– they knew academia was a secure career path and I followed that path to UCLA where I graduated with a degree in Gender Studies. Read more>> 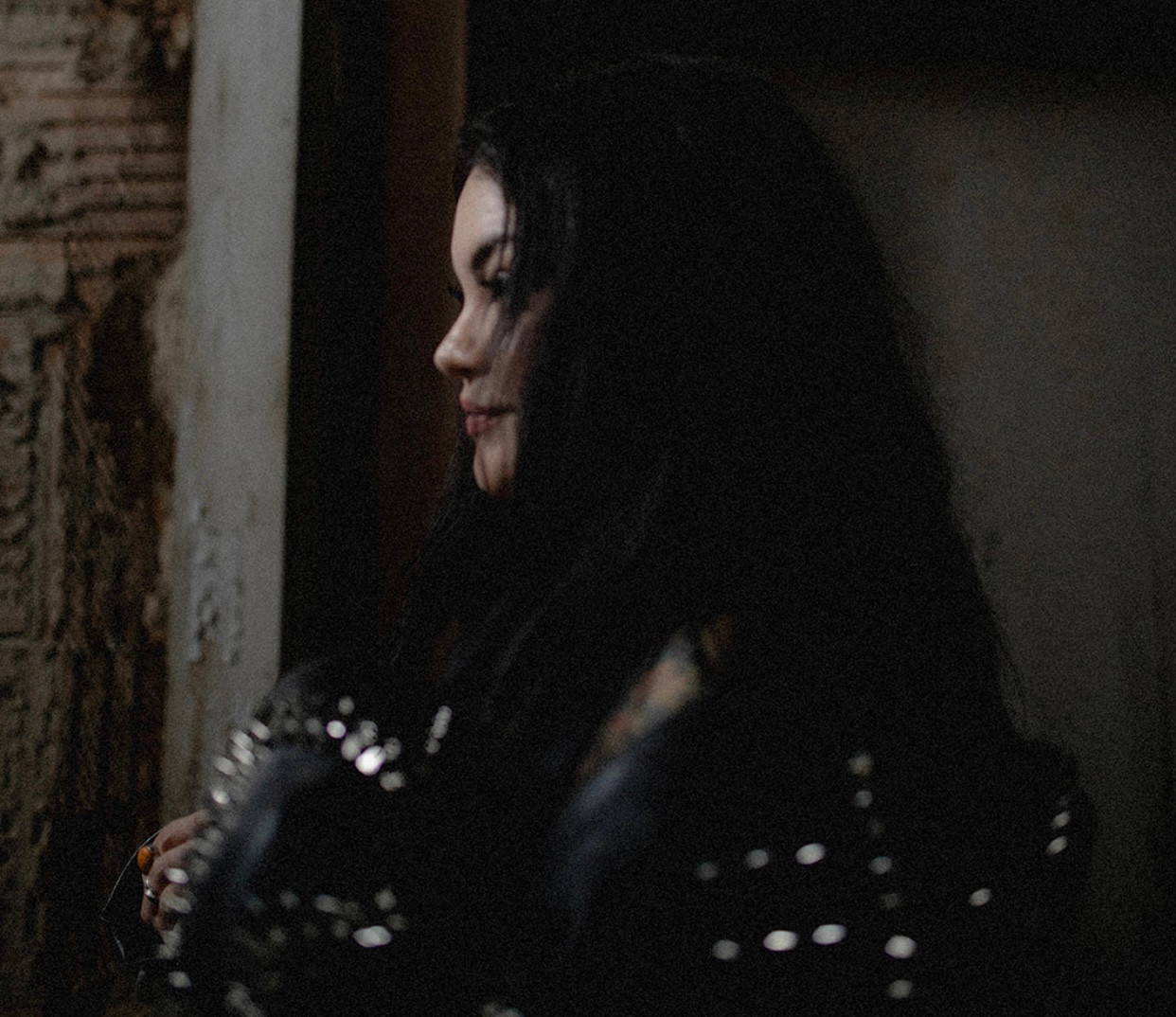 Making art and creating art literally makes my soul and brain happy. For a person like myself, other jobs that I’ve had were to constricted and I would always end up breaking rules whether I knew I was or not. I’ve been an artist ever since I can remember, always drawing, sculpting, painting or even just doing my makeup. When I was asked if I wanted to apprentice at Hard Knox Tattoo I knew I had to try. You gotta have tough skin in this industry especially as a woman so it was a scary transition but what I’ve learned is that tattooing isn’t just something I do, it’s a lifestyle and it’s been the best thing I could have done for myself and my family. Read more>>

Ever since I was a young kid, I always put on shows for my family. Having them to sit down and watch this improvised play I put on always made me light up inside. I’d put together cast list, play title, and synopsis but never a script. From there I was able to just….be. It was in those moments when I knew this was my passion. Storytelling has always been a craving of mine. Whether it be binging TV shows, films, WWE events, plays, etc. The concept of a beginning. The starting point. The launching pad to slingshot the reader or viewer into a world and escape for a few minutes to a few hours is something you could never explain to someone and have them go through the emotions you went through. Read more>> 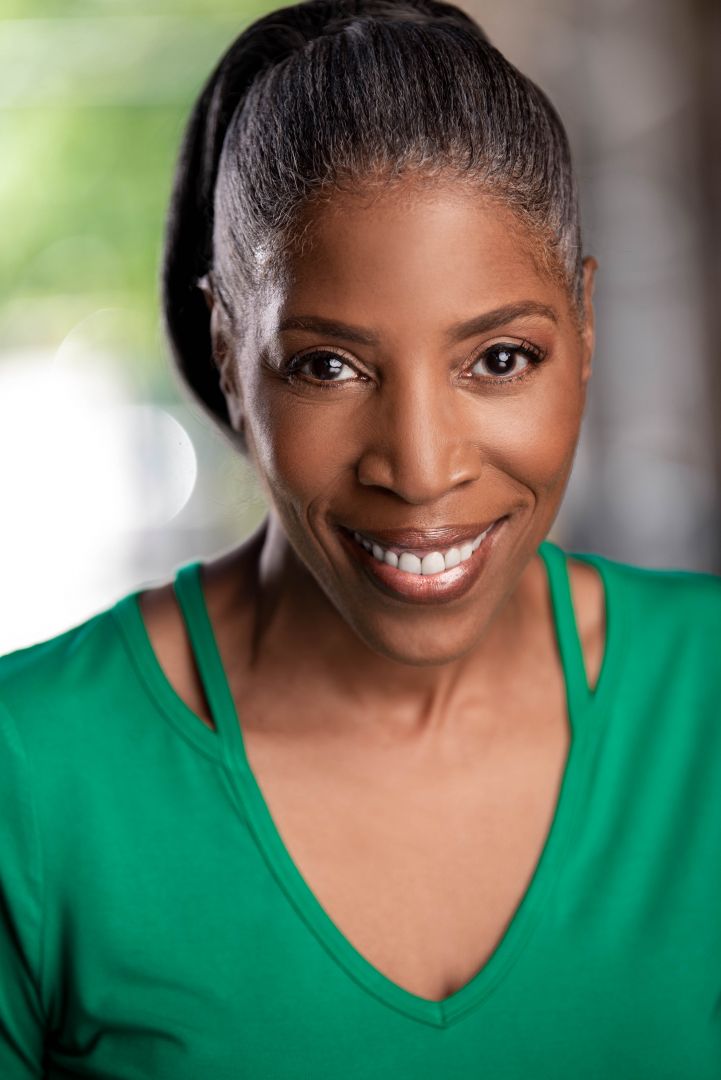 I learned early in life that my career choice(s) would have to be something that I was genuinely passionate about, something that filled my spirit. My initial career as an educator provided the platform for me to use my creative skills and talents in ways that inspired children. Crafting engaging lessons while facilitating the acquisition of knowledge is an art. So once I neared retirement from education I looked for an endeavor that would fuel the same innate passion and I chose acting. Here I can express myself through characters and roles that have an impact on others. I pursued artistic careers because these careers allow me to be authentically who I am; a creative being. Read more>> 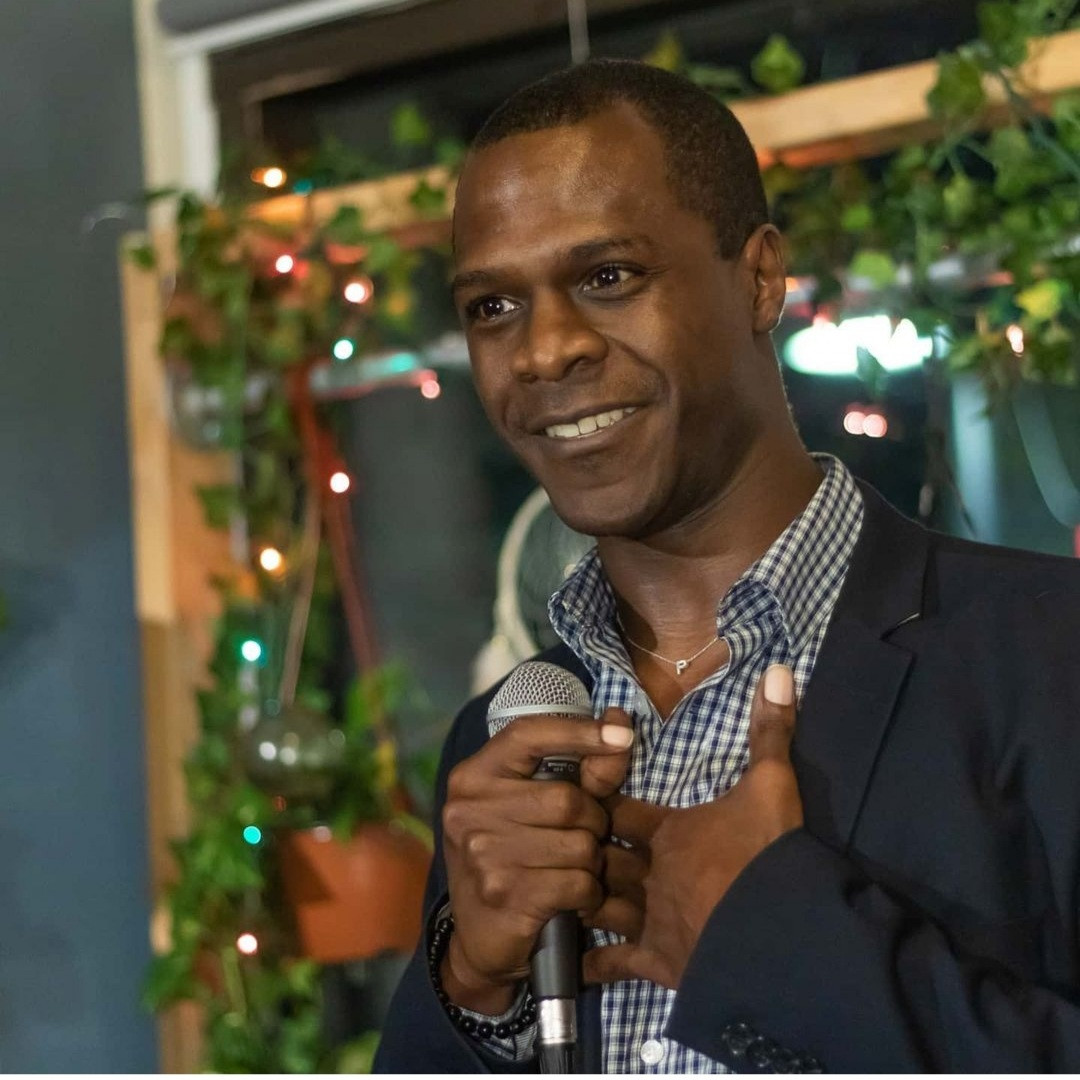 Being an artist or creator, as I feel both apply, are timeless professions. When I was a child there was a moment of clarity, all the people we read about in school, or the books we read from were stories of other people. The people you hear about in history all created something or gave us art that lives on today. This has always been the inspiration for me to pursue the creative/artistic career path. I love to narrate the story and create new ones while you laugh at the process. Read more>> 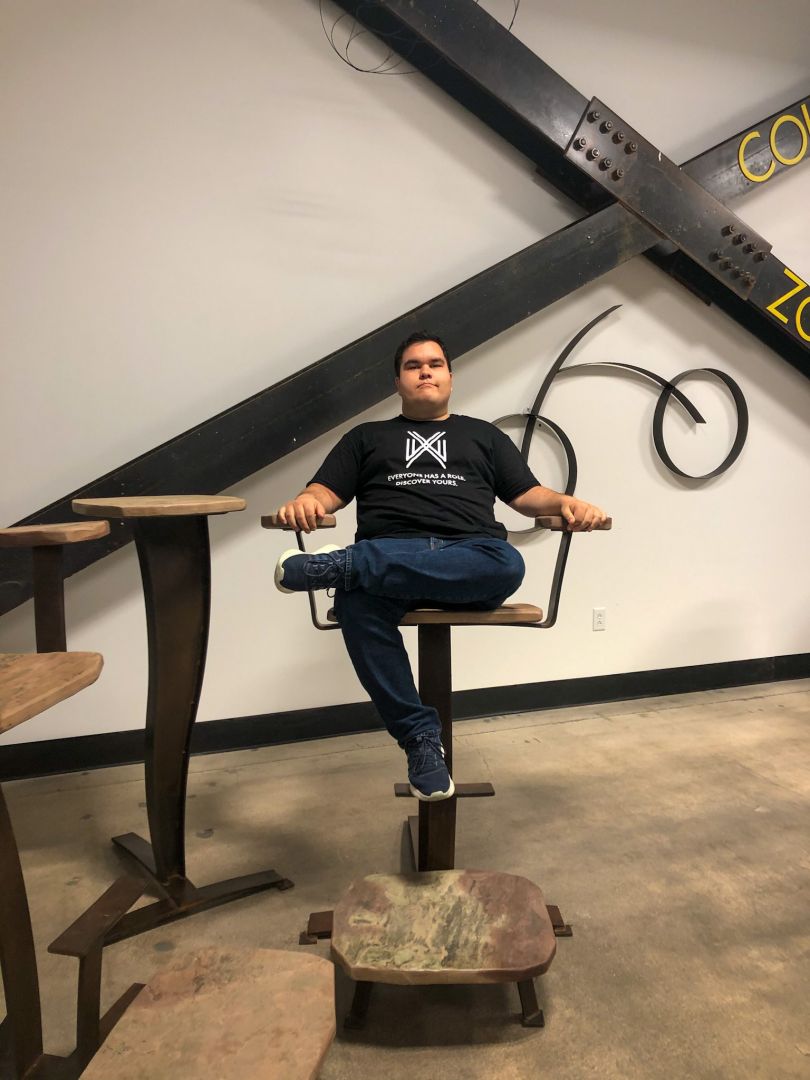 Working a little outside of the lines has always been a part of who I am—even literally! As soon as I could scribble in a coloring book, my aim was to draw out of bounds and make my own creation. My parents were great at throwing things at a wall with me and seeing what stuck, and even early on that was working out little story ideas into homemade comics made of three hole-punched construction paper and pipe cleaners. Read more>> 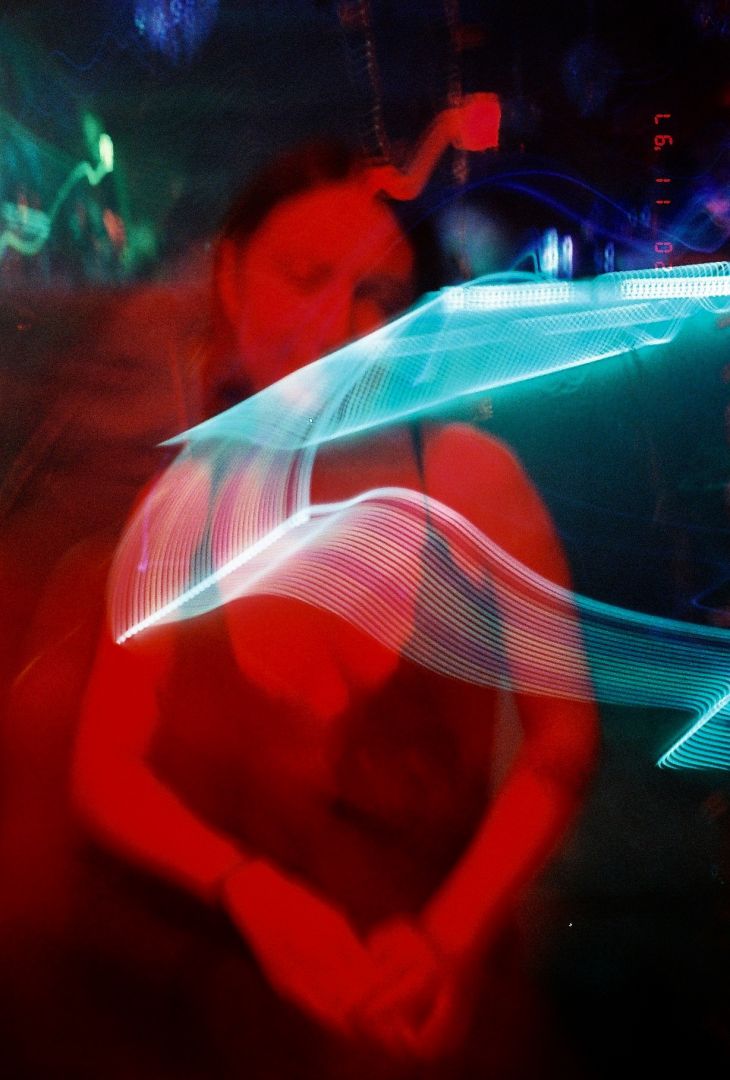 I pursued an artistic/creative career, because honestly, growing up it was the only career path that made sense to me. I was always painting, performing, taking photos, or building shit from a very young age. My extended family is full of creatives, but none of them have made a career out of being an artist or working in the creative field. My mom and dad are extremely blue-collar, and practical – they didn’t really understand being an “artist” or my wanting to pursue a career in the arts (I think they thought I’d always be broke). They always told me that I needed to learn a “practical skill” – like nursing (which I tried, and failed miserably at). Read more>> 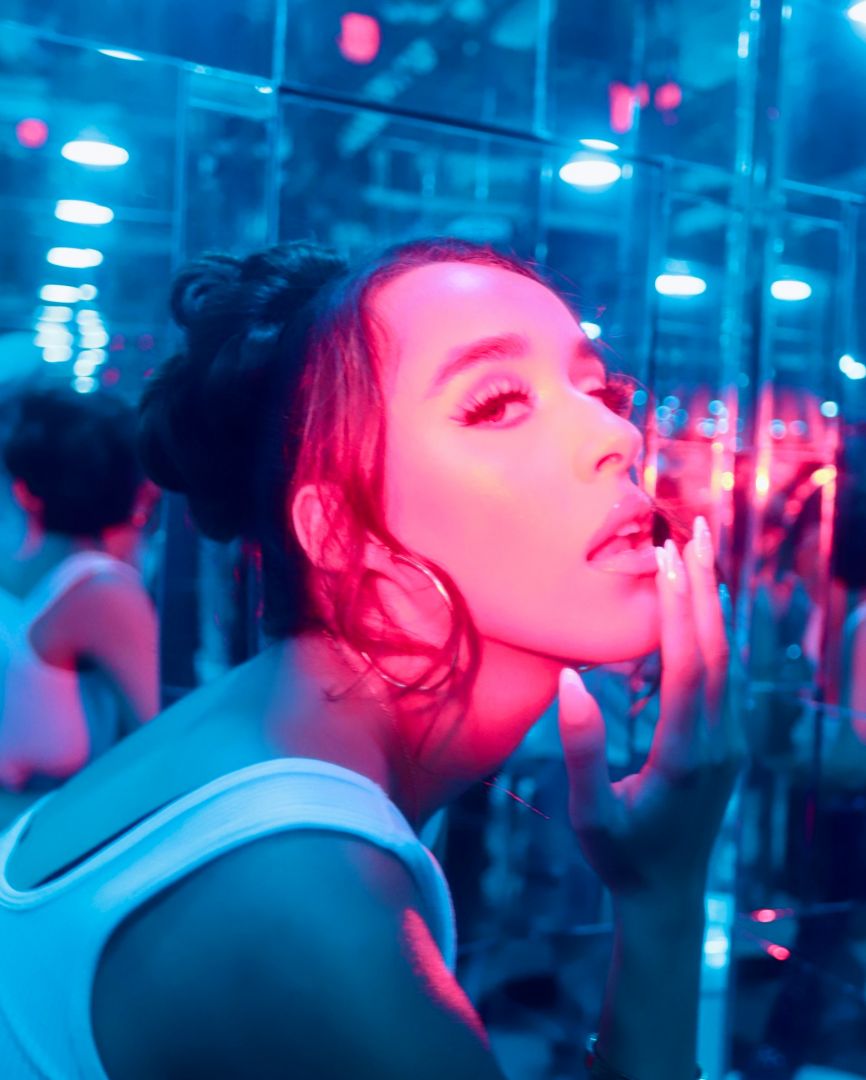 From a young age, I’ve always felt very drawn to music. I was four years old the first time I sang on a stage. From that moment on I knew I was going to be doing it for the rest of my life. I know you’re probably thinking I’m just being dramatic, but seriously, I wanted the microphone any chance I got after that. When I got a little older, my parents put me in the children’s choir at church; we would sing for special occasions or holidays. So you can imagine my joy when I was finally old enough to join the adult choir and sing every Sunday. Read more>> 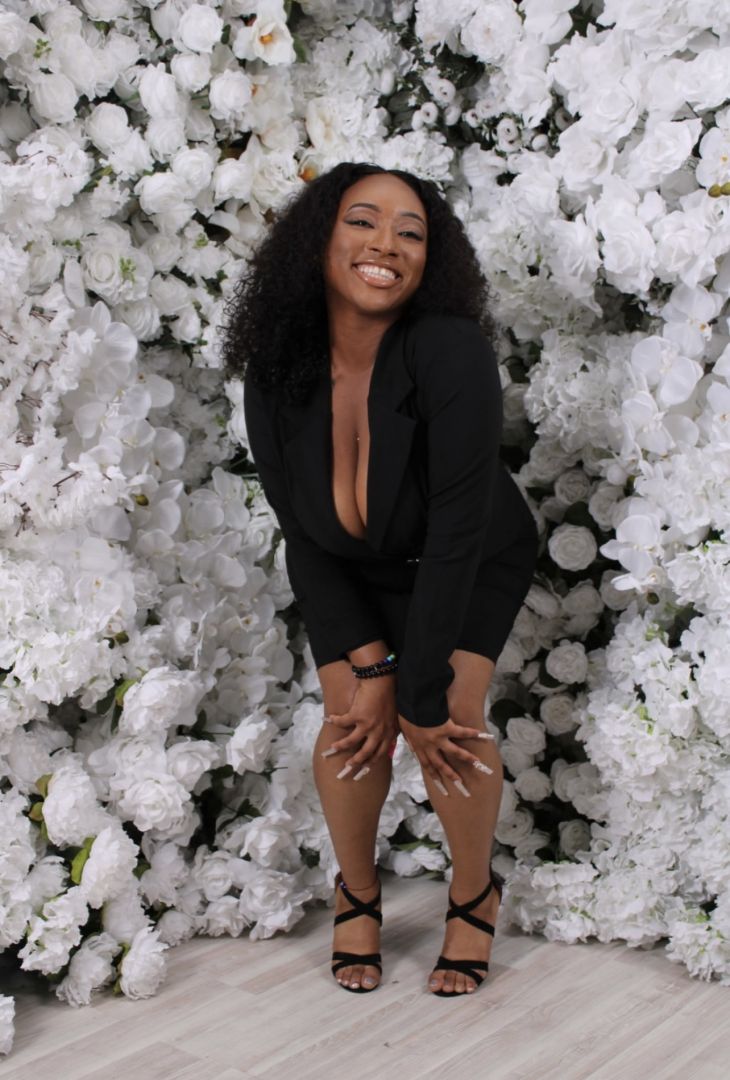 I’ve always had a passion for makeup. When I was a kid I would collect all of my granny’s lipsticks and try different looks in my room. I would feel empowered and beautiful. With all the chaos around me, makeup has been like an escape. No matter what’s going on in my life, when I pick up my makeup brush it’s like nothing else matters. I feel a sense of peace like it’s therapy. That’s why I emphasize that my work is more than makeup it’s an experience. Read more>> 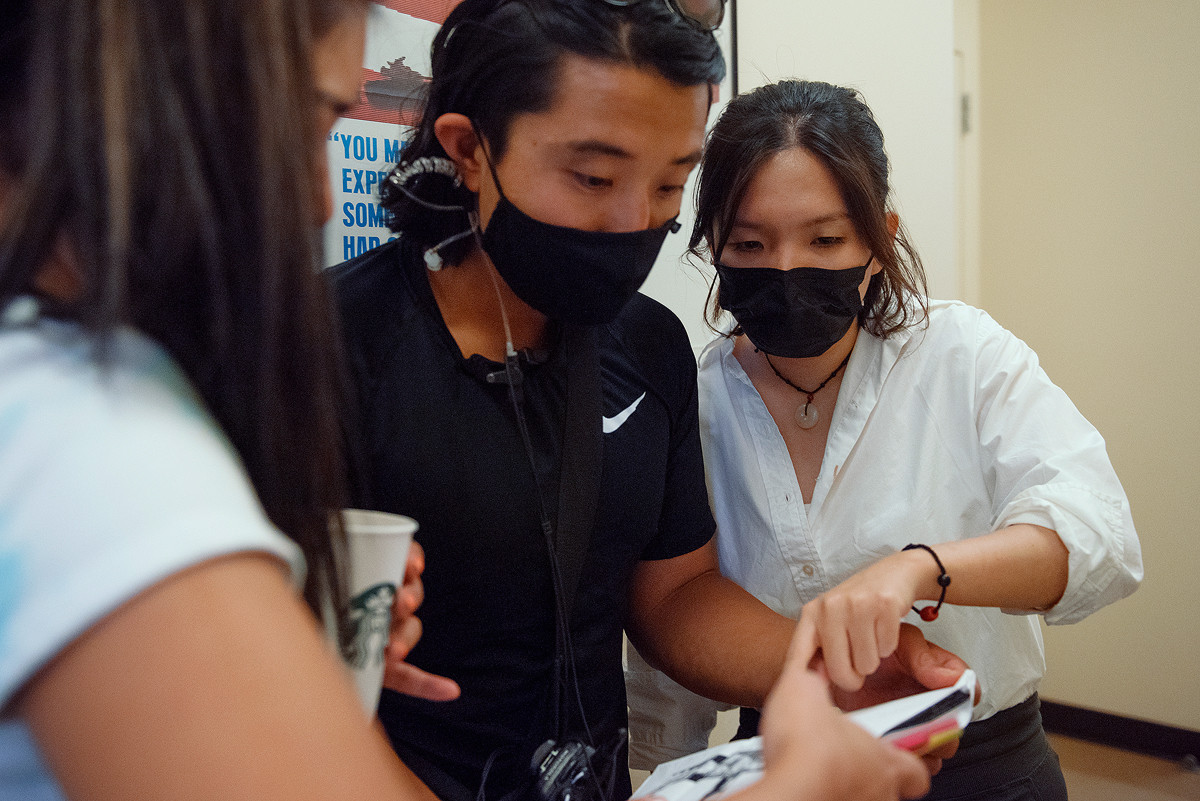 I pursued a career as a filmmaker because this is what I’m most passionate about. I started to fall in love with storytelling when I was in middle school. During that time, I wanted to be a novelist. When I was in high school I got a chance to shoot a short film with my friends. That was when I realized that storytelling can also be achieved through different mediums. Literature is just one of them. The ability to create and exhibit expression through the film is what makes movies art. Read more>>