It’s funny because I don’t feel like I’ve really ever had an artistic career until more recently, at least not in the way I would like to define “artistic.” Maybe that’s just my insecurities or the fact that I know a lot of people who I would call more traditionally artistic, who actually read Dostoevsky and haikus and stuff like that. I grew up in Orange County, which basically means you’ll never be an artist, not really, unless it’s like in a sarcastic way, like the way Mike White is an “artist.” Or in the way Arnold Schwarzenegger was once governor of California. Sometimes I wish I had grown up seeing terrible things (or at least difficult things) so that my art would feel more serious or something. Read more>> 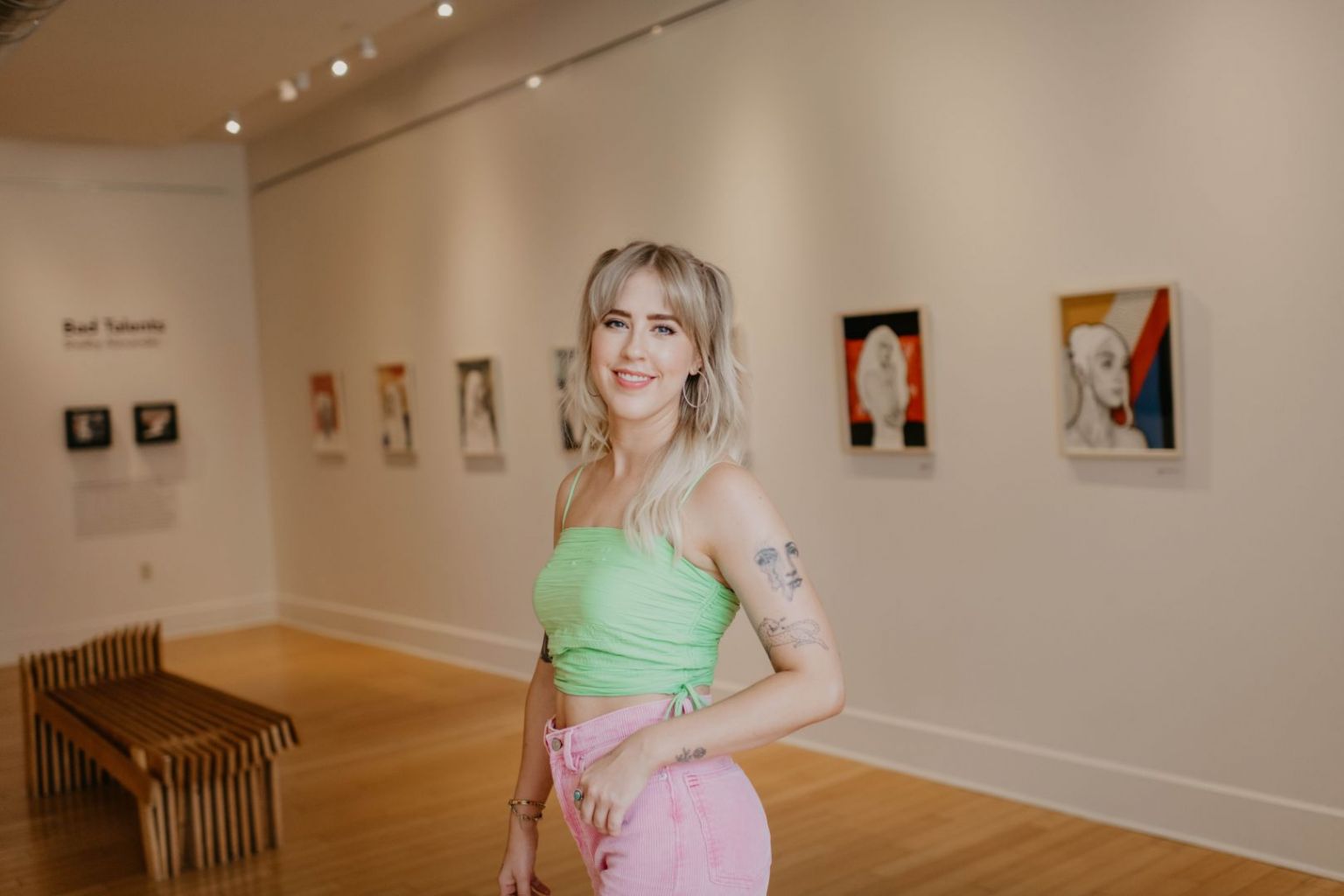 The core of my identity has always been tangled up in art for as long as I can remember: my mom gave me my first miniature play easel when I was three years old, and she says she watched me contemplatively stand back to observe the first painting I was “working on” before making my next brushstroke—according to her, that’s when she knew I was an artist. Read more>> 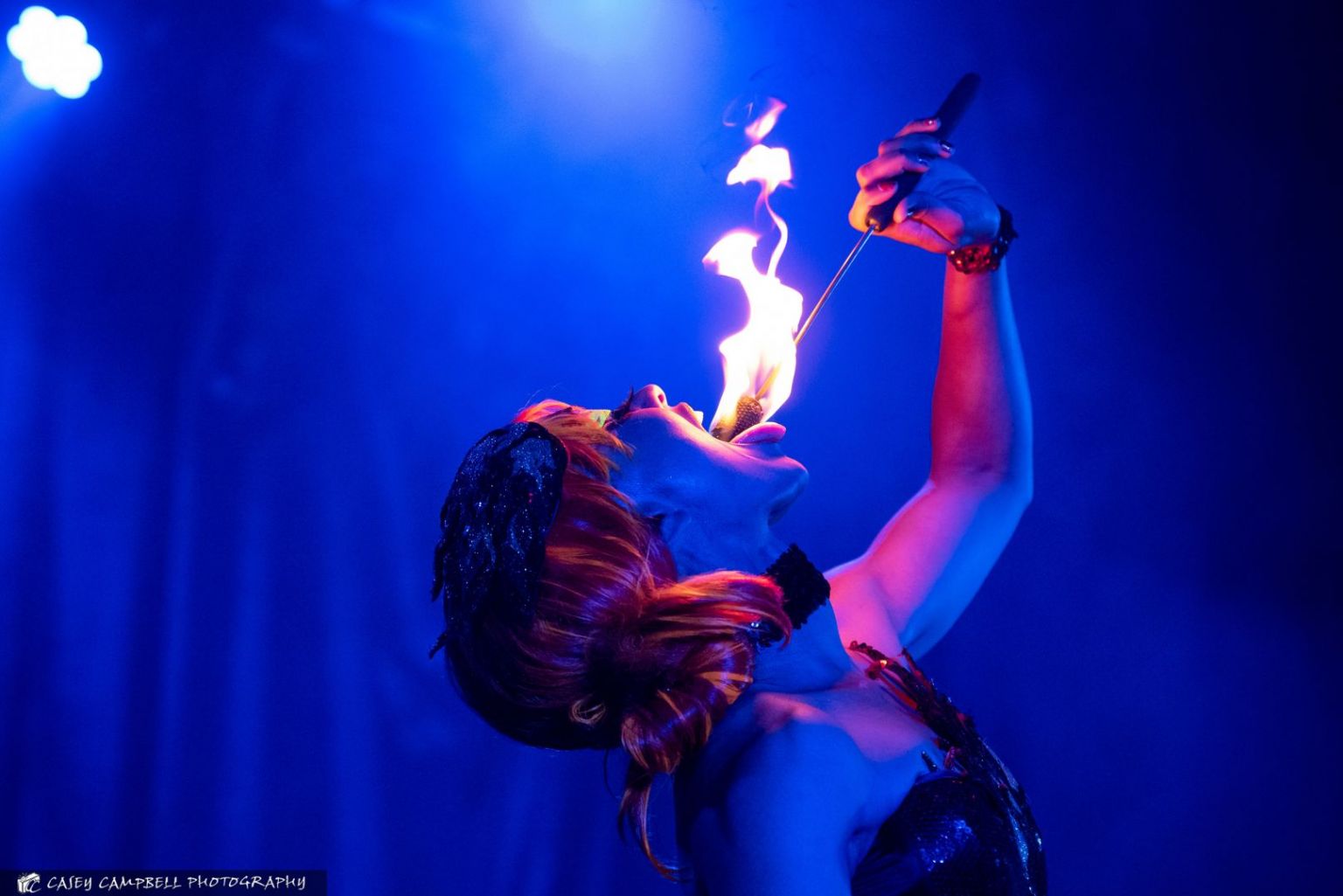 I decided to pursue a creative career because I love to be creative. As a kid I loved dance, sports, and cheer. In high school I decided I wanted to be a pharmacist for some reason. But when I was in college I noticed a lot of adults who had the things I was aiming for, were not happy. I decided if I was going to spend my life doing something for work, it should be something I actually enjoy. At this time my best friend Natale Szabo introduced me to hula-hooping, which I call my circus gateway drug. I had this ah-ha moment watching another hula-hooper and I remember thinking, “Wait a minute. That’s her JOB?!” After that I left school and started to pursue circus performance as a career. Best choice I ever made. Read more>> 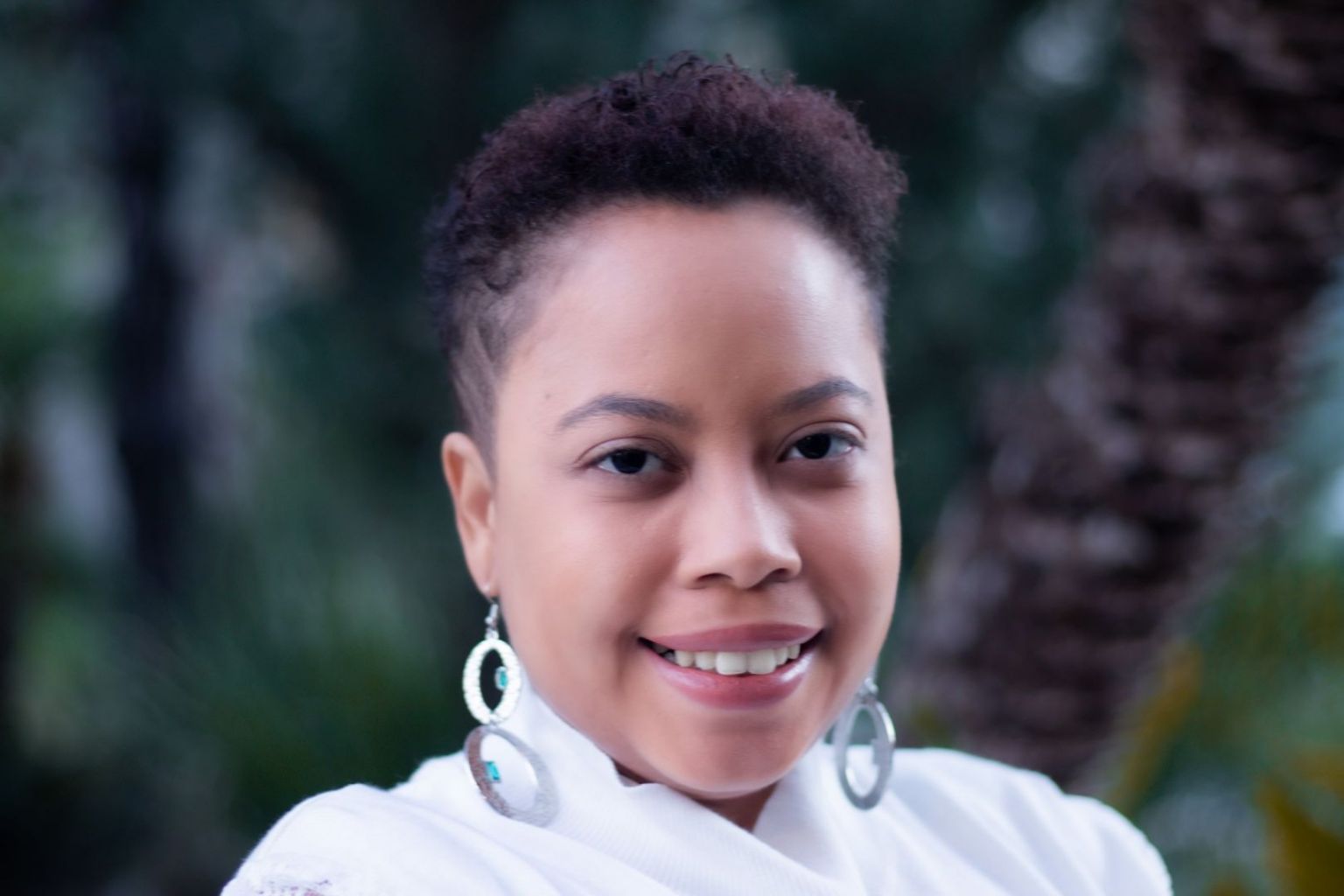 Growing up, I was an introverted child, but I discovered a creative outlet through writing. From an early age, I began freely expressing myself through the form of poetry, which later led me into creative writing and storytelling. During grade school, I won the best essay award by my school’s staff in the English department. The topic was to share an embarrassing moment and the staff was impressed by the way I could tell a story at such a young age. Later, I would find myself being rewarded with another award for best writing when I joined a youth fraternity. These two moments during my childhood stirred a deeply rooted passion in me to continue to write. People fell in love with my words and I realized just how powerful a story can be and what it could do for others. Read more>> 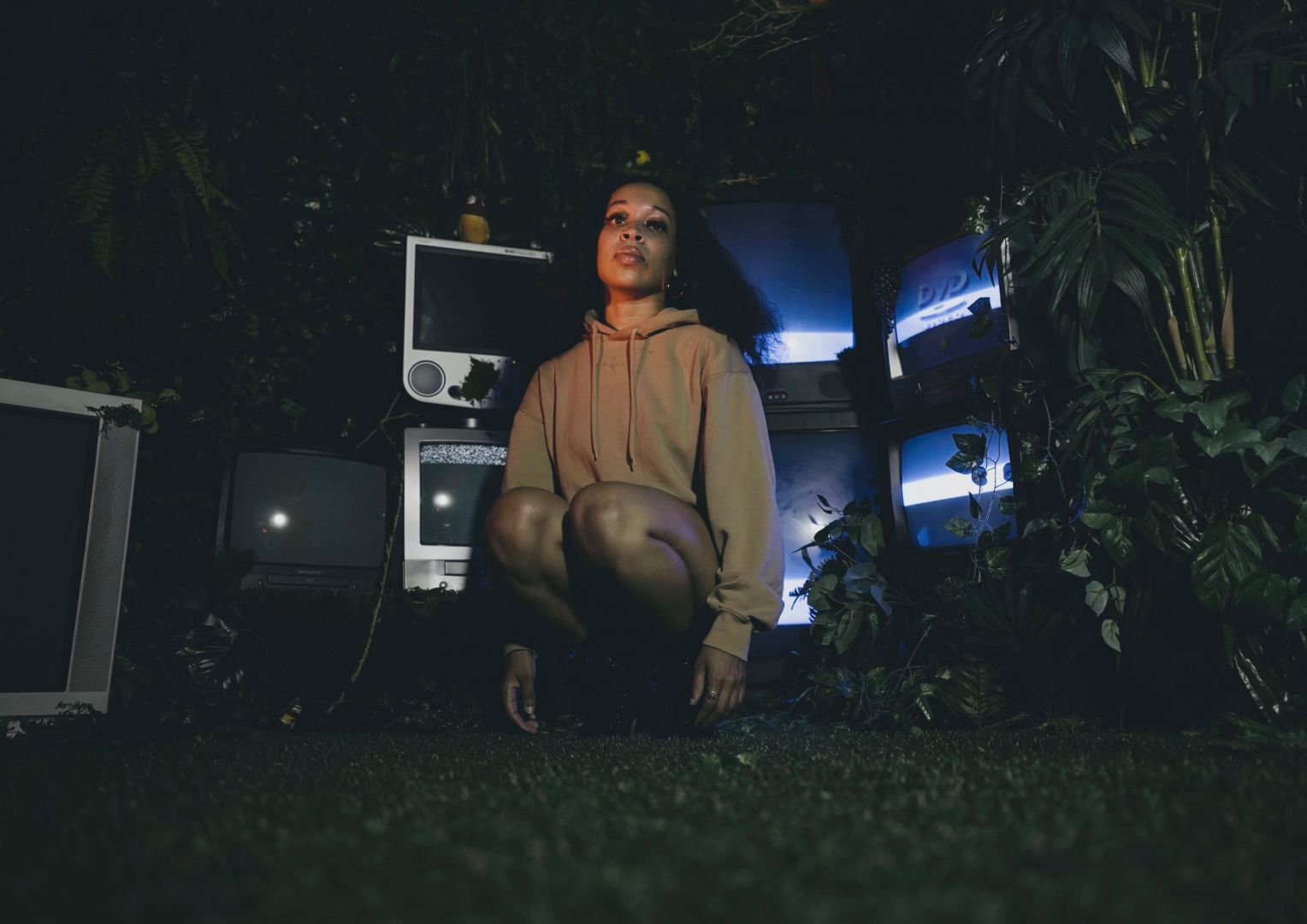 I love being able to create, the entire process is exhilarating! With dance and choreography, I found my outlet of expression. Overtime, I’ve continued to grow in the creative process. I started training in multiple styles of dance at the age of 5 and still do till this day. Around the age of 12, I began choreographing. If there was a song that I really liked I would just feel the beat and the words and create the movement. At the age of 20, when I would choreograph for students, I began to learn how to mix songs for the performance music. Read more>> 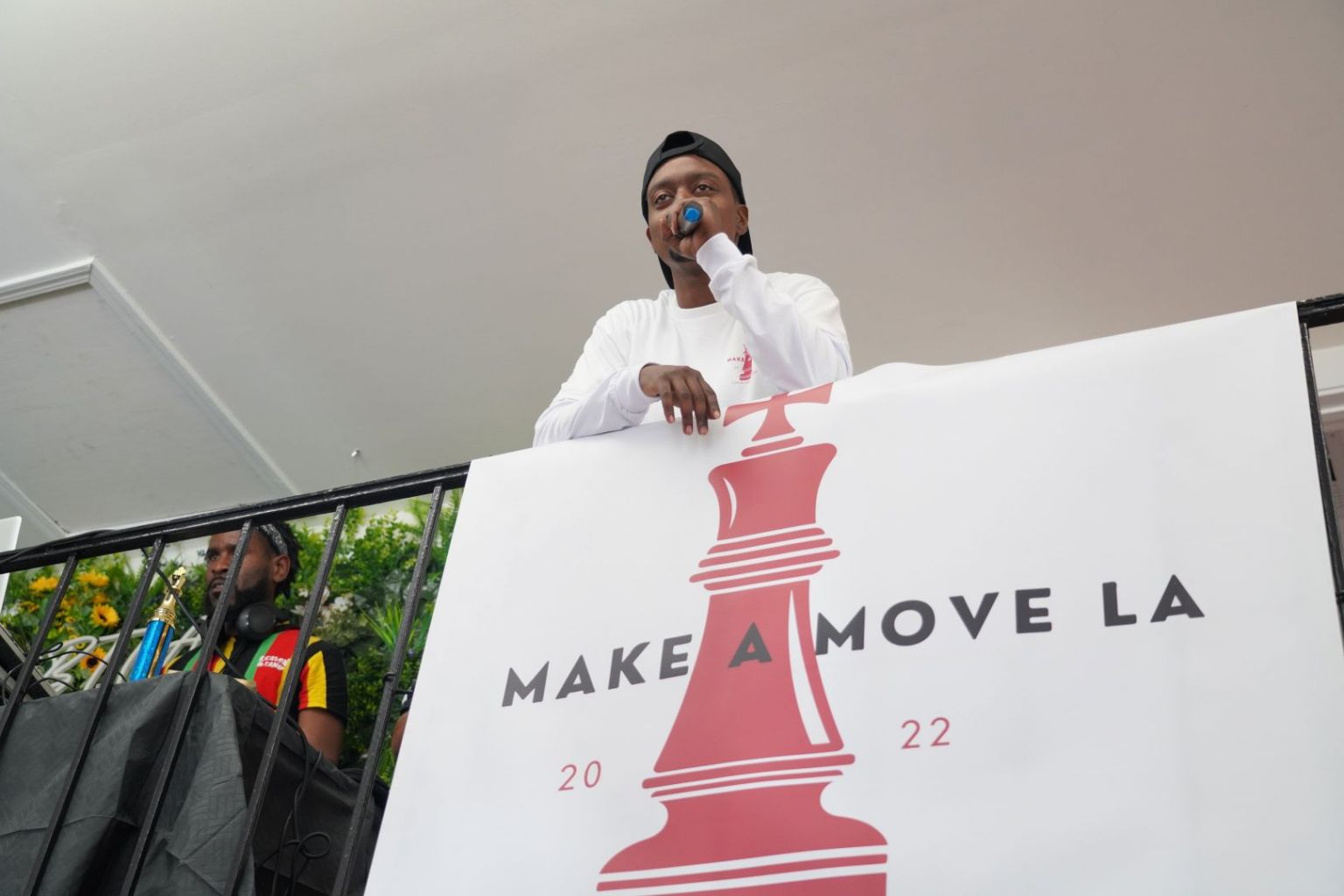 I chose to pursue a career in art because i find it the best way to be expressive. I use my art as a form of a journal, alot of my songs and poems is a form of me talking to my self as well as exspressing things that I experience through life. Rather it being joyous moments, lost of life, or overcoming obstacles vles, each project reflects who i am and things that I have endured through life. Read more>> 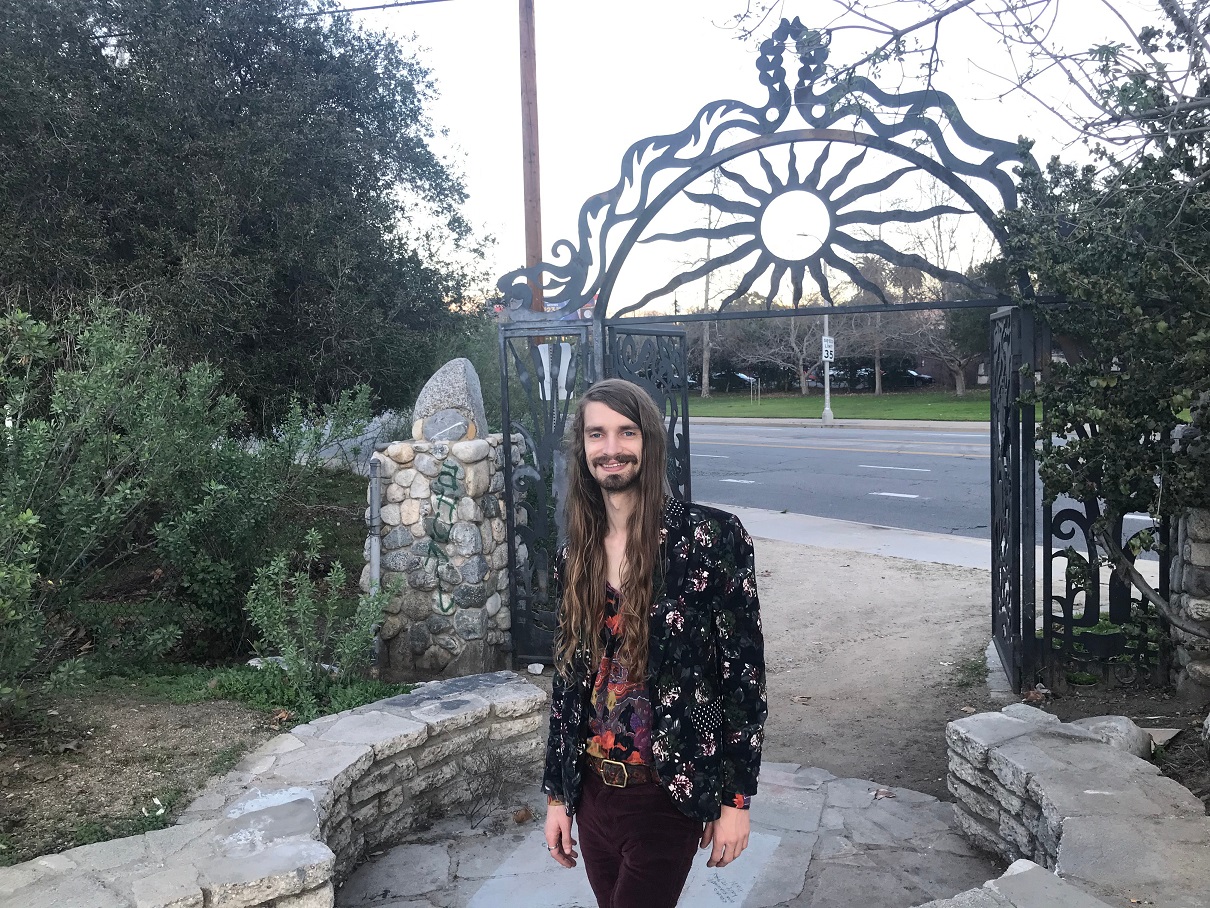 The artist’s path, in my life, has been less about a career choice and more of a spiritual understanding of what I feel ultimately aligned to do. I’ve arranged my life to make it as conducive to my creative flow as this is my place of mental well-being. My dedication to this has given me life experiences and creative output featuring 20 or so home-recorded albums and EPs and 700+ concerts in 40+ countries in my 31 years of life on this planet. This body of work and performances began with my first album self-released in 2008. Read more>> 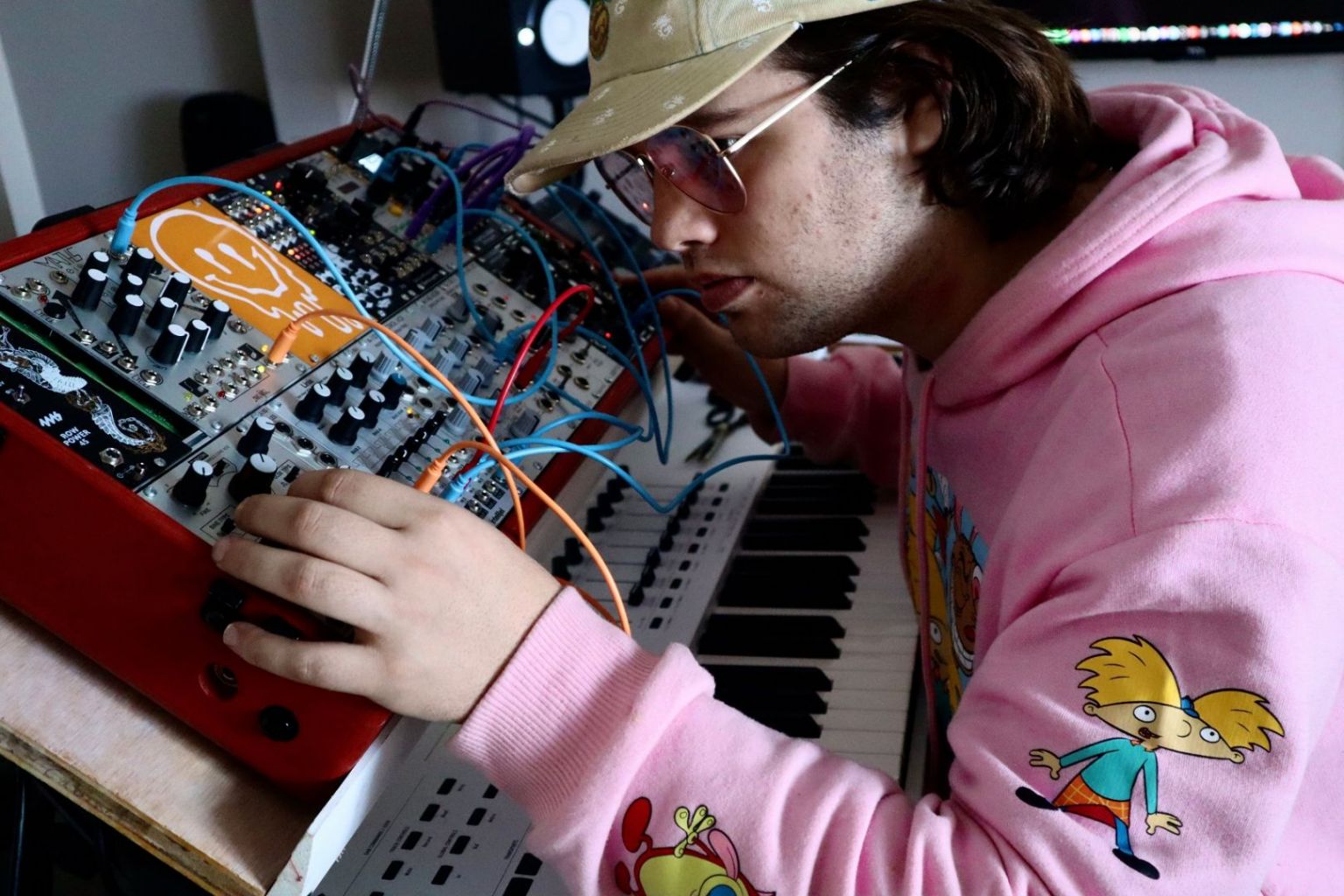 When I was in high school, I initially did not want to be in the creative field. I thought life would be too difficult and options would be limited. It wasn’t until I considered studying music in college that I was opened up to the possibilities of a creative career. I have been a musician for as long as I can remember, but I had always thought of it as a hobby instead of a career path. i soon realized that being a musician didn’t exclusively entail being a performer. I could be a record producer, an educator, a sound designer, a film scorer or an audio programmer to name a few. Eventually, I knew that music was my true calling and I wouldn’t want to do anything else. Read more>> 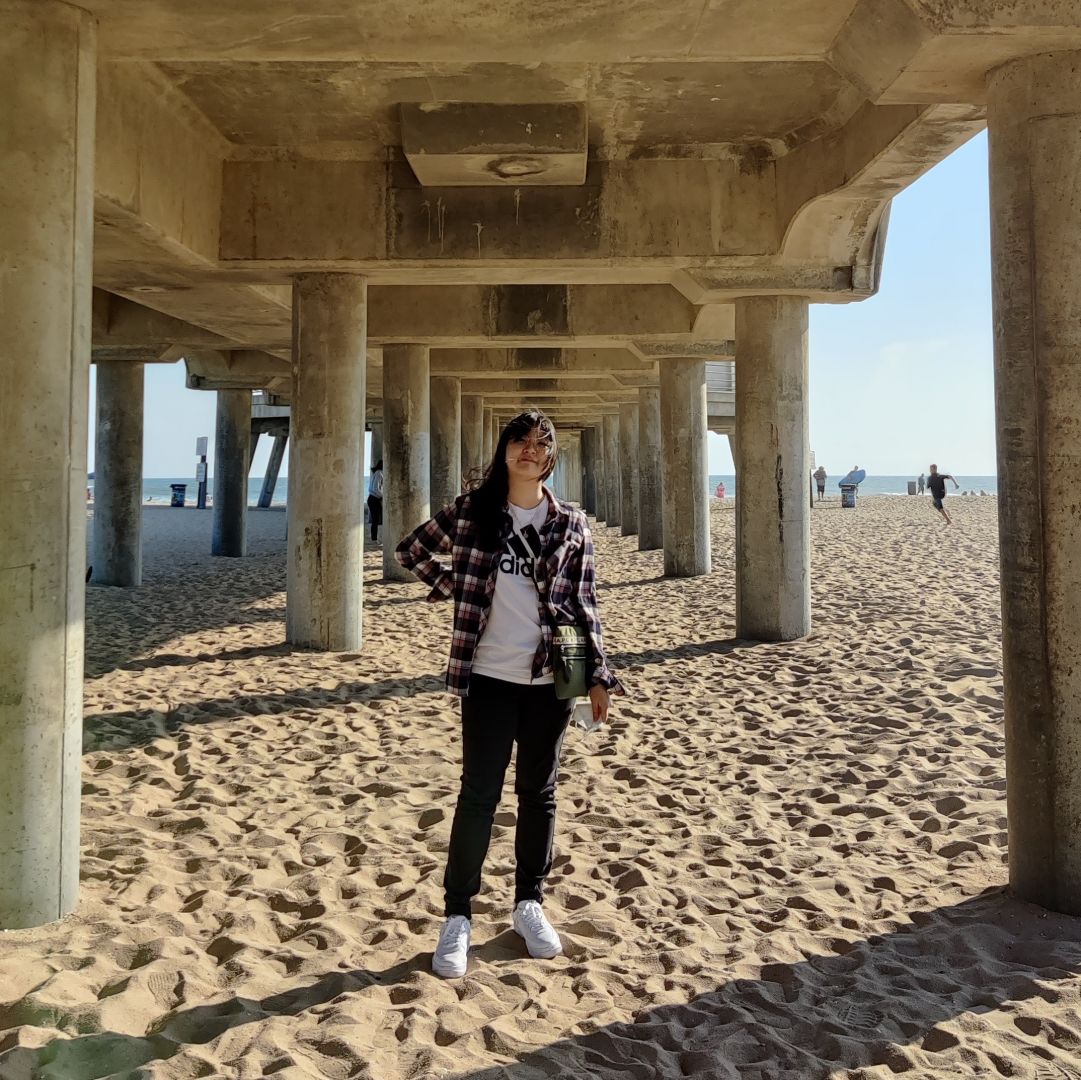 Ever since I was young, my favorite subject in school was art. I always participated in art and crafts activities, events, and competitions where I could express my creativity. Being a part of these during my childhood helped me realize how much I loved doing it, but it wasn’t until much later that I understood how important it was to me to pursue it as a job into the future. During my last year in high school, I became more interested in the creative process behind movies and animations. Read more>> 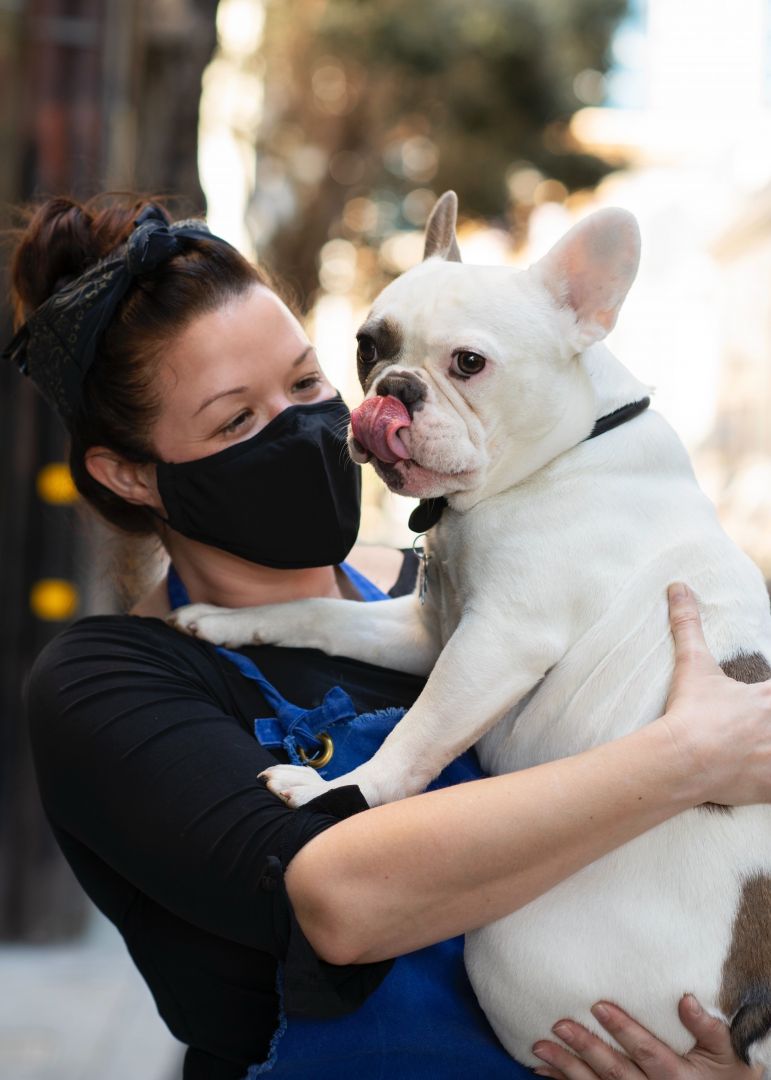 I think I pursued an artistic career for multiple reasons. I want to say it started in junior high when I had to change schools. I started tying in cooking to every project. So let’s say I had to build a diagram of a nucleus, I would make it out of cake and then I would make mini cupcake models to give to my classmates. I mean, who doesn’t like cake in science class? It made me be able to form relationships with the strangers in my class and when I saw them get so excited I got this instant gratification seeing how happy the cupcakes made them. I also like getting creative with food and how many outlets it had. Growing up in a very artsy town, most of my friends went down the creative pathway. Read more>> 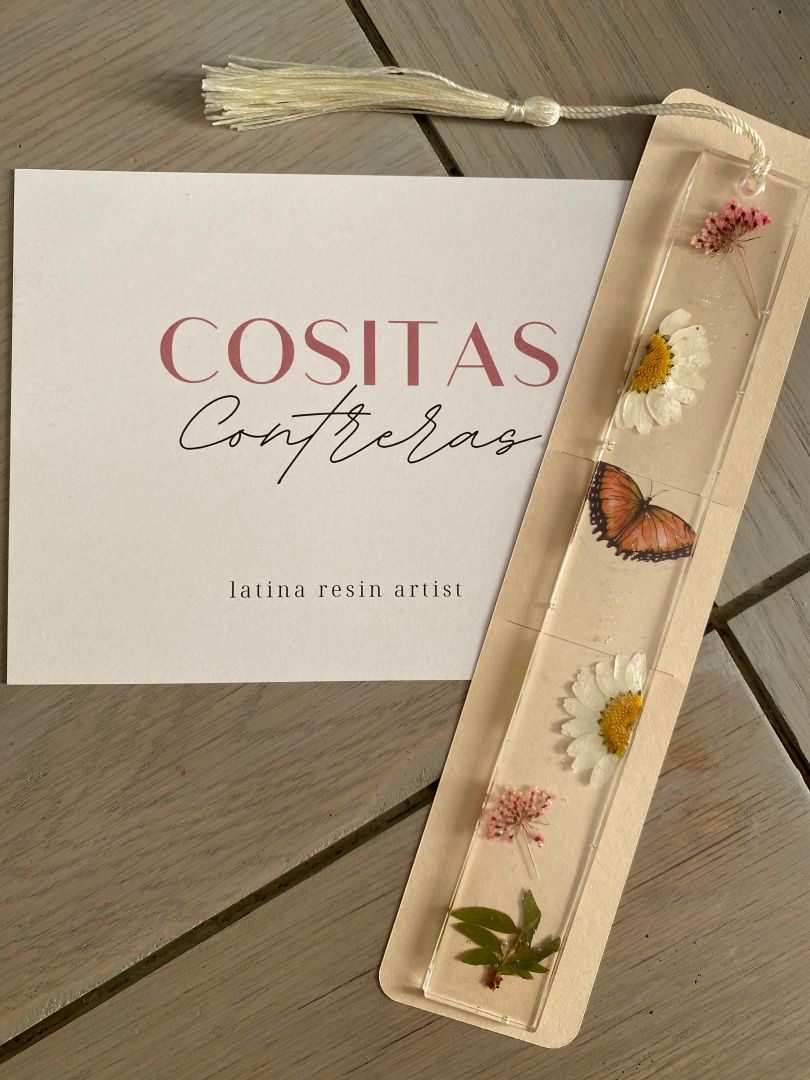 As a mother of two young kids, I felt that all my time went into being a mom. andworking full time in childcare was the other half of my time spent. I felt that I needed a creative outlet to learn a new skill that I could fall in love with and make it mine. With all of my energy being used as a mom and employee- I needed something that would motivate me to prioritize myself and my creative outlet. Read more>> 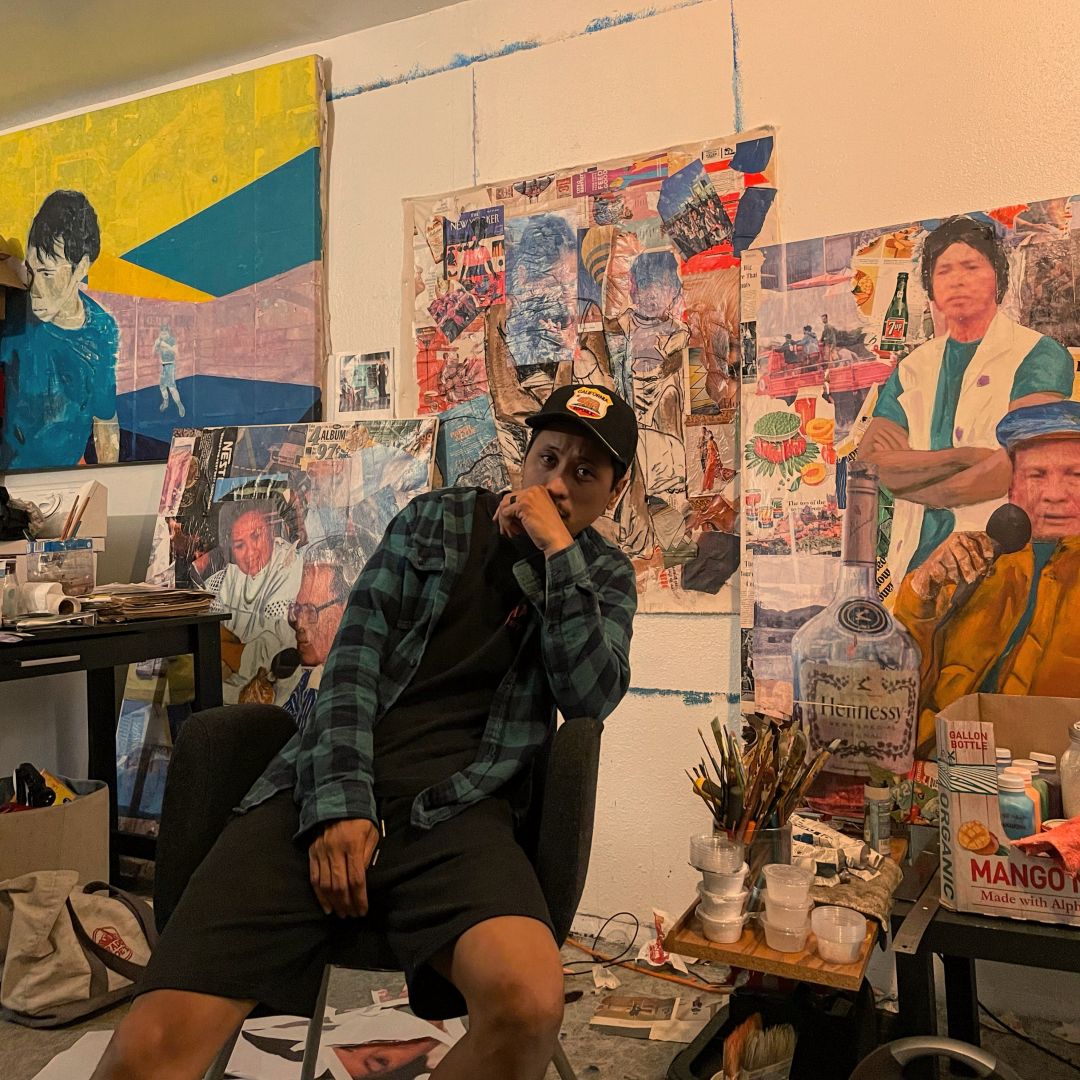 I want to be able to represent my Filipino American heritage which I feel is still underrepresented. If you go into a gallery or museum it is rare for one to find any art from Filipino American Artist. I want to change that narrative and be a inspiration to my community. Read more>> 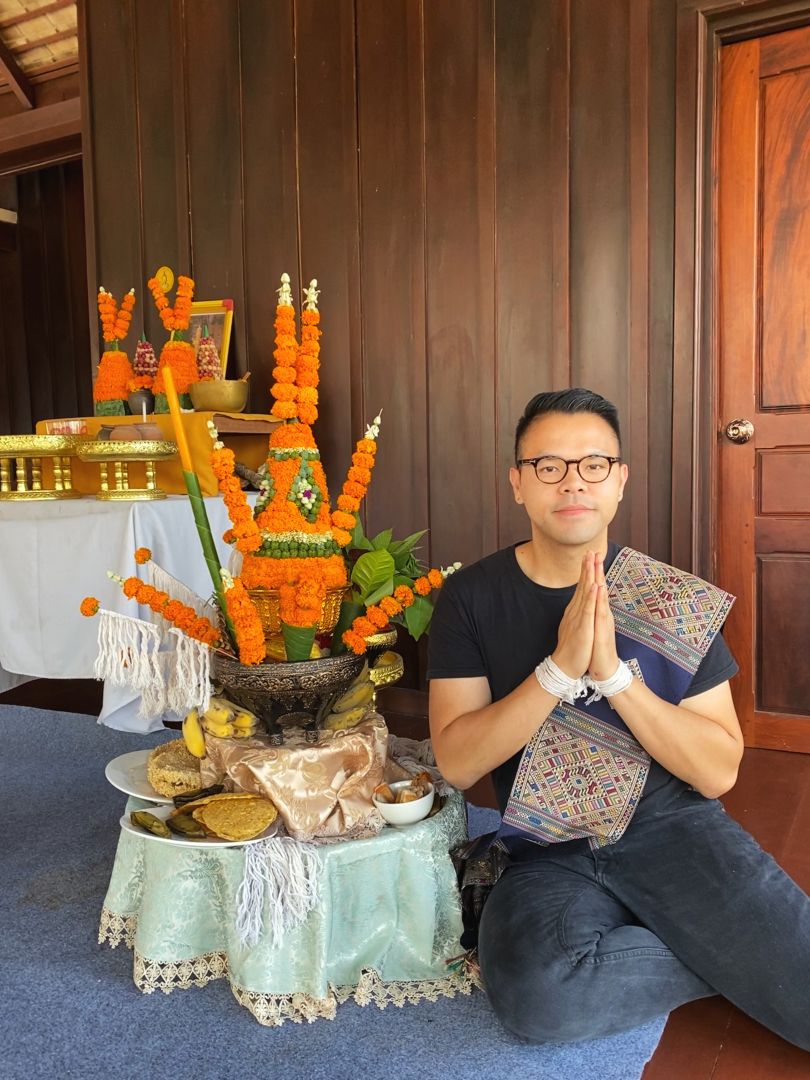 I’ve always loved cooking, videography, and storytelling, but I didn’t know how it would translate into a career. I kept pursuing my passion project of sharing Lao food through social media and with every small milestone, it became more sustainable. My mission was to empower the Lao community and show them how valuable our experiences and food was through cooking. My desire to pursue a creative career is always community focused as I want to reflect the beauty and resilience of the Lao community. There is power in your own voice and your experiences and that translates to a collective power in a community’s identity. Read more>> 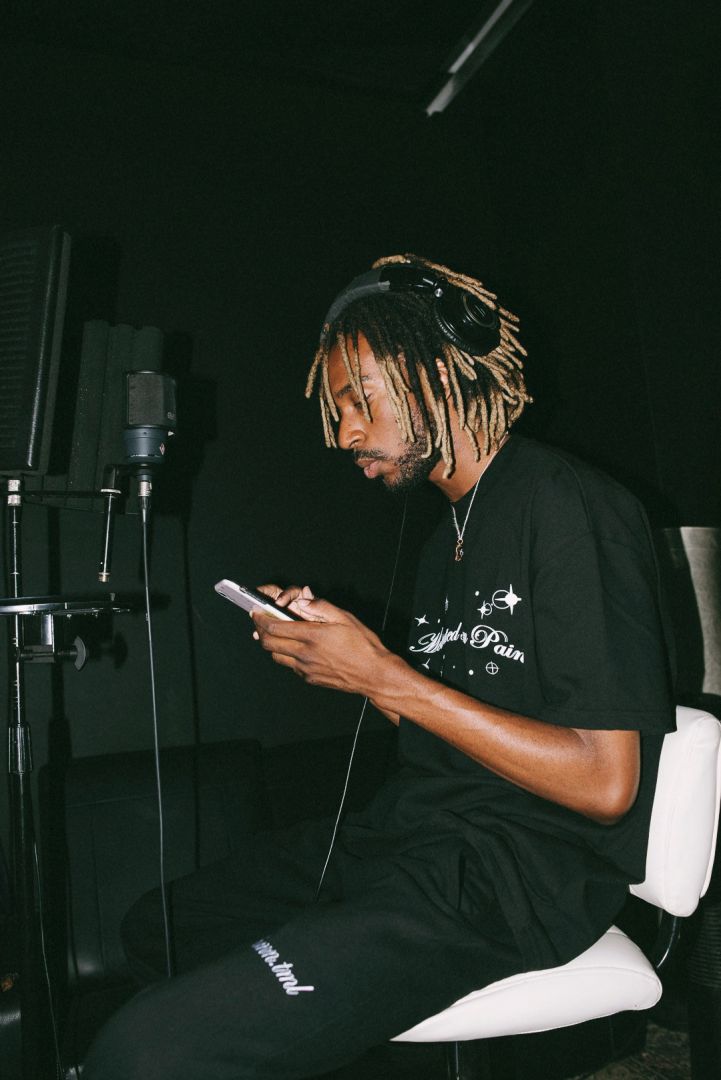 I’ve always found my most motivation or inspiration came from my favorite music artists growing up. It always hit my core when I heard a line or lyric that I felt I could relate to, it made me feel less alone in the world and felt that even though these big artists seemed so far away they found a way to relate to me. I think that’s why I pursued this career in music that’s something I’ve always chased, being able to be someone people could relate to. Read more>> 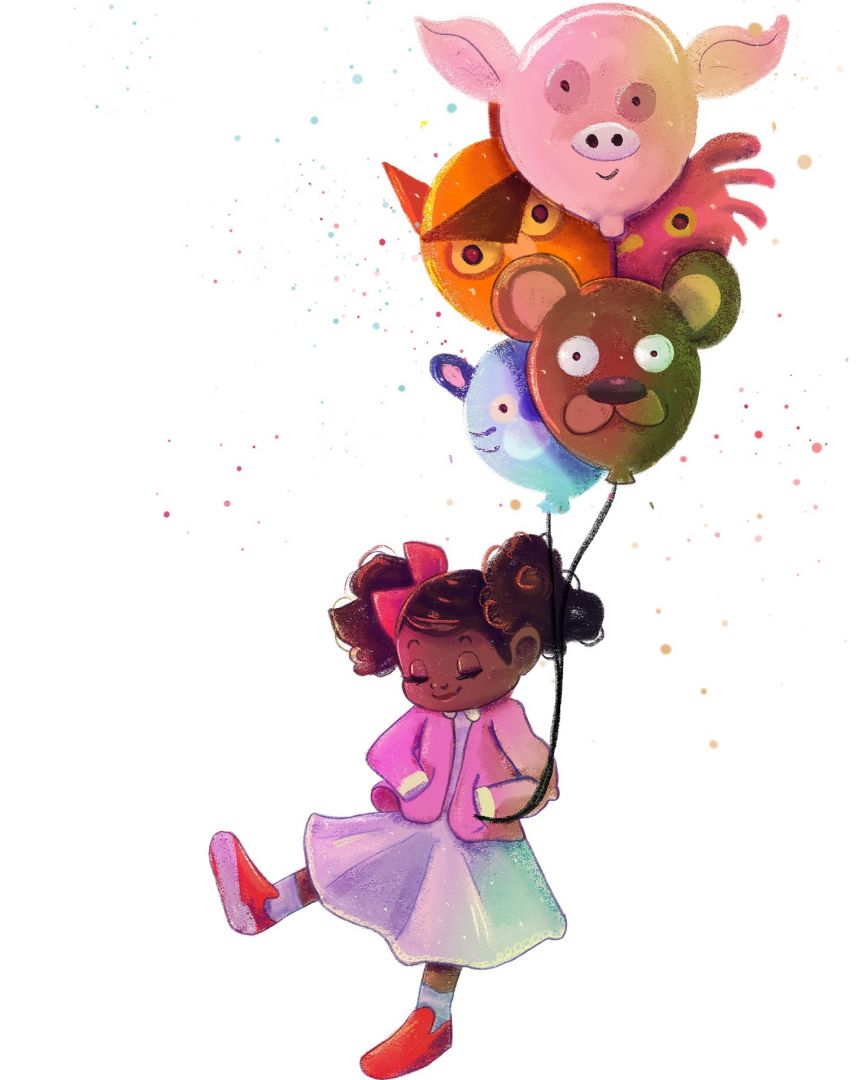 Growing up, I found people difficult to talk to. It was hard for me to make friends or jump into a conversation. This was especially true in elementary school where I would spend most of my recesses sitting in a corner by the water fountain watching the other kids play. No one tried to talk to me, so I did not try to talk to them. I would sit by my fountain and draw stories. Ones about lions or superheroes. I kept them all in the neat little note book with my name on it and I took that note book everywhere. One day though, while I was drawing by the fountain…I forgot to pick my book up. Read more>> 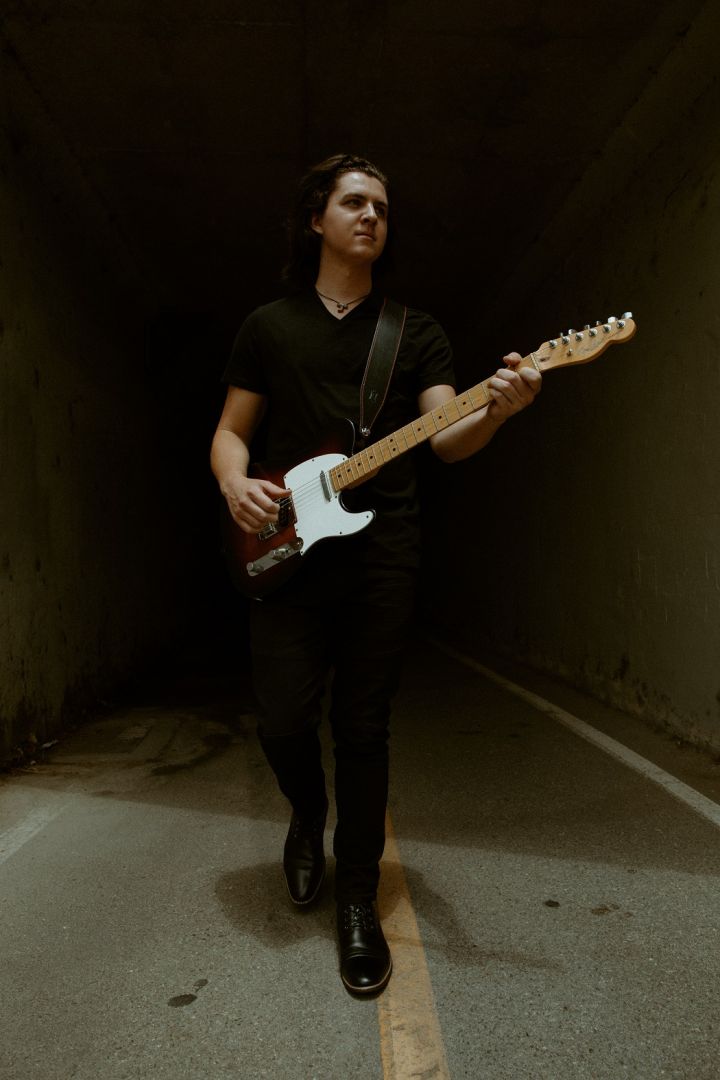 I first wanted to be a musician when I was only six years old. Big dream, little kid. It was all about the glamour at that age– singing tender love songs behind a rock’n’roll groove, onstage, in front of an ocean of people. And guess what– the dream hasn’t faded. The candle burns and the wax melts. Things have certainly changed as I’ve transitioned into adulthood. I’ve found deeper meaning in the art and deeper pitfalls in the process. Read more>> 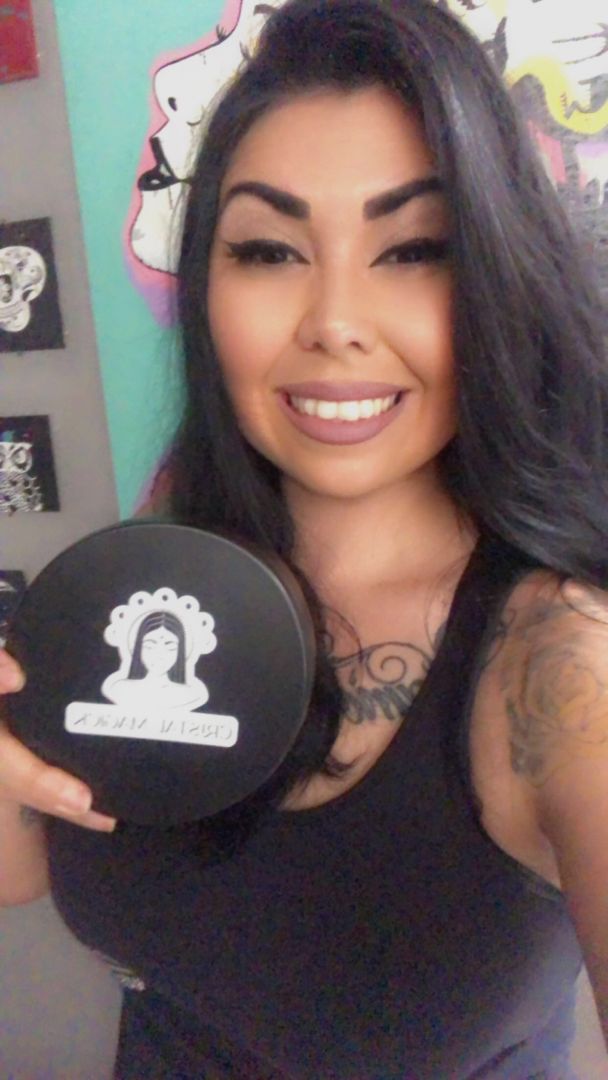 I wanted to pursue a career where I can express my creative side, where I can be free to choose the style of candles and colors. I also wanted my girls to see you can turn what your passionate about into a career… the sky’s the limit Read more>> 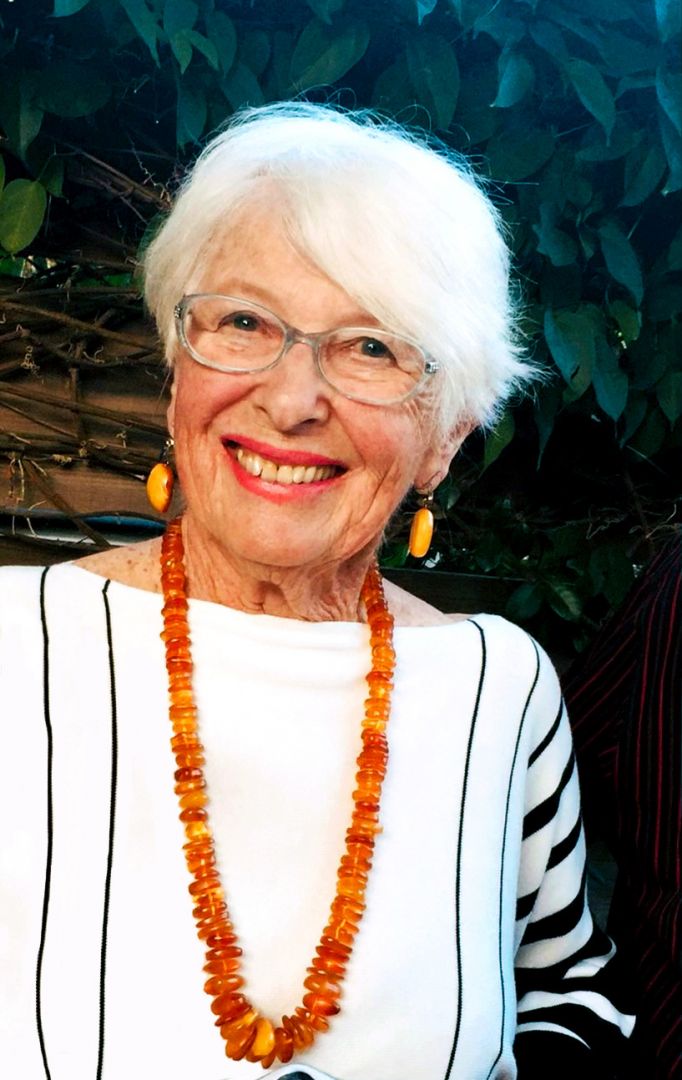 I am a ninety-three-year old native Los Angeles artist who has been painting since I was old enough to hold a brush. Color is my language. My paintings represent my curiosity about people and capture the goodness in humanity. Art is my life blood, something that I live and breathe. It was not a decision to become an artist, it is who I am. Read more>> 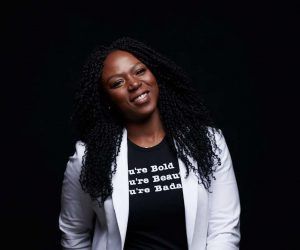 20 years ago, I left the cooperate world, where 7 years of my time there I had to change my name to Abi to even be acknowledged for an interview. To having to shrink my gift and skills so the other counterparts will become successful. To getting fired for standing up for myself instead of getting a promotion. I was done! I’ve always had a creative side to me. I was an artist, a stylist as you will in natural hair and makeup artistry. I had to hone into my passion. I wanted to meet new people that would help me develop my ambition in the right direction. So, I became a promoter. Read more>>