Deciding to start a business is an unusual decision.  It’s often considered irrational and yet for many it’s the best decision they’ve ever made.  So we asked folks to think back to when they were starting their businesses and to tell us about their decision making process. 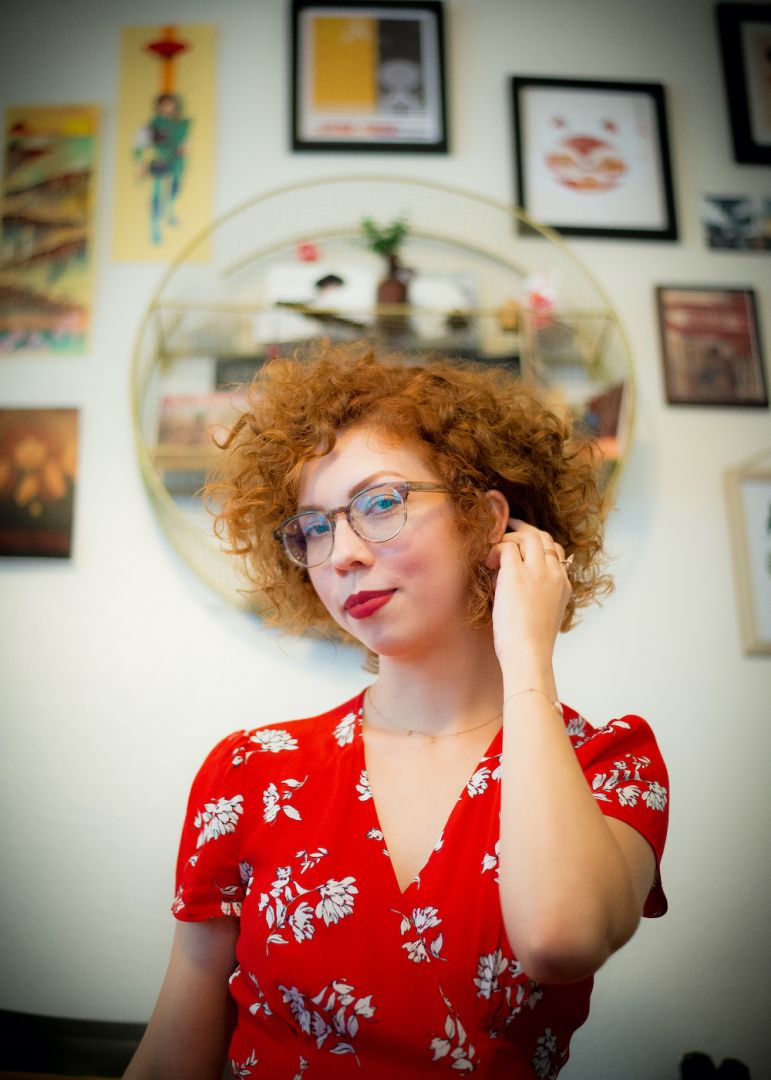 When I realized doing what I love could be my career AND I could work for myself, there was no going back. I’ve never fit well into the standard structure that many others thrive in. Instead, I find the most joy in expressing myself creatively and being my own boss, setting the rules and paving my way forward. I knew that by choosing this it would be a challenging life, it would take hard work and focus, determination and resilience; that didn’t scare me. Having the opportunity to build the life I want for myself through an artistic career felt like the only way. Starting my own business was the next step, getting my work out there and seeking clients to create for. Read more>> 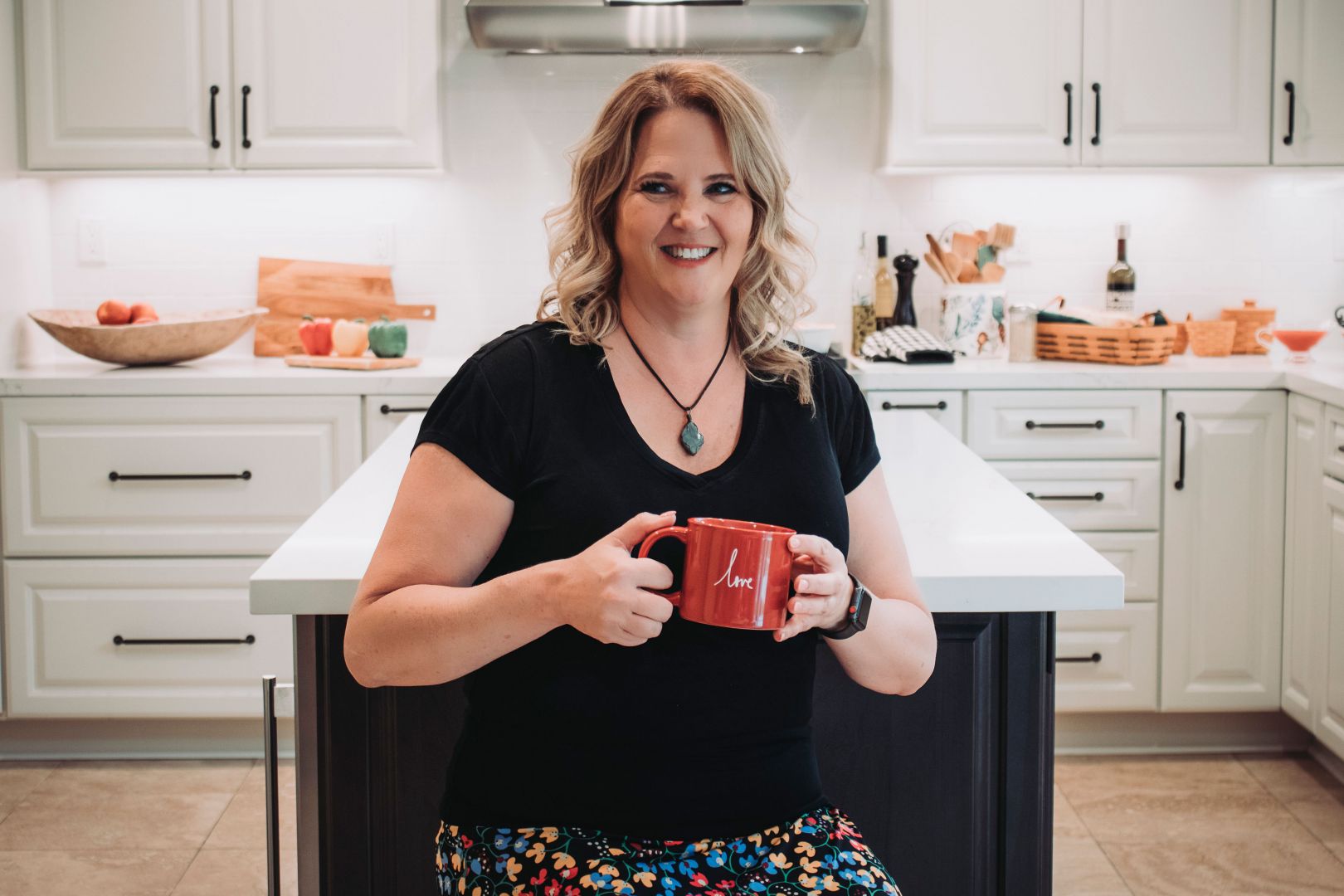 A lot has changed in the world of plant-based food over the years! Now days you can go into almost any grocery store or restaurant and find an abundance of vegan-friendly food options. Perceptions have also changed over time. Back when I first started eating vegan, people would look at me with confusion and sometimes even sympathy – “I’m sorry” was muttered more than once. I think their perception was that I should be a frizzy-haired poncho-wearing crunchy-mamma surviving only on salads and wheatgrass. The truth was, my family was eating better than ever; and not only surviving on my vegan cooking, but thriving! Read more>> 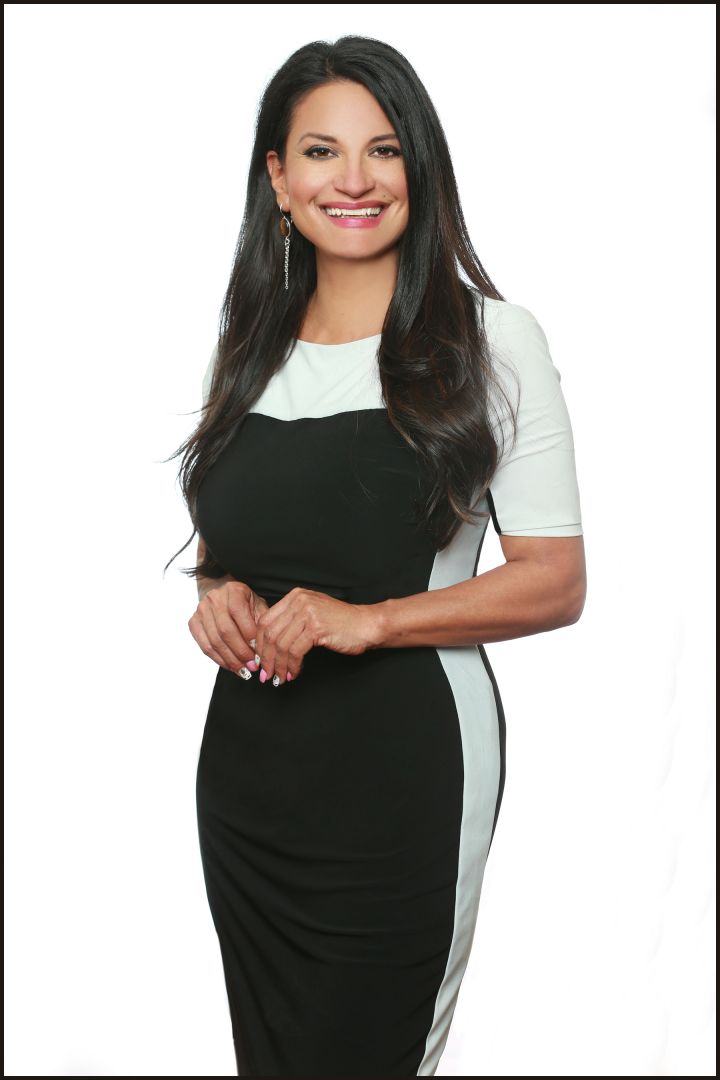 In creating the Unicorn Jazz world, I wanted to create a place where children can let their imagination run wild and combine meaningful lessons incorporating reading, writing, music and the arts. The main character, Unicorn Jazz, has been named the most unique unicorn in the world with a musical note for a tail. The hand drawn art throughout our children’s unicorn book series is appreciated by kids of all ages. A unicorn is a globally recognizable symbol and we wanted to create something that would last forever. We seek to grow and collaborate and continue partnerships with all kinds of kid brands to license Unicorn Jazz and her cast of friendly animal characters, each with a unique personality. Read more>> 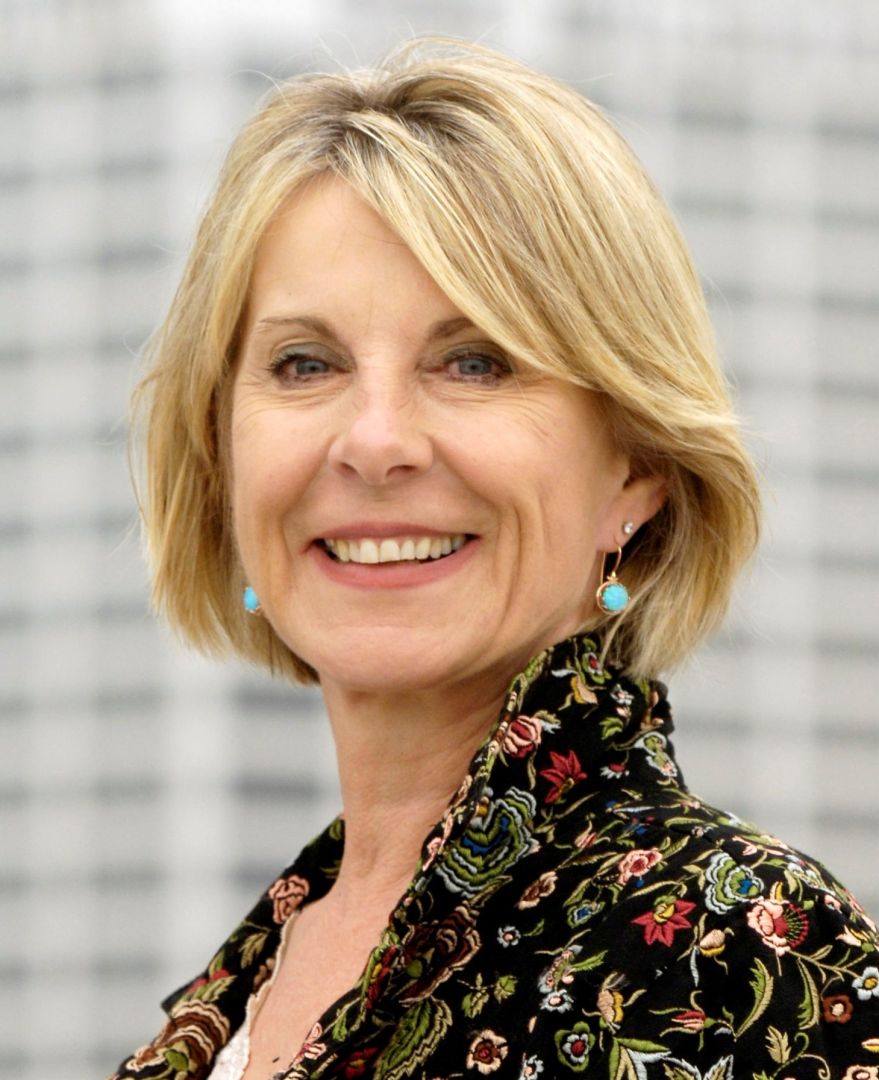 I have entrepreneurial inbreeding in my genes. Many in my family started their own businesses back in the UK. I started a few other businesses while teaching in the fashion world. Unfortunately, or fortunately they did not pan out due to a number of different reasons. However, each experience involved partnering with the wrong business partners that ruined my drive to move forward. My last leap of faith in 1999 while teaching full time as a professor began out of my realization that further education needed to include business education. I developed a further education class on the business of fashion, which lead to me writing my book Fashion For Profit. Read more>> 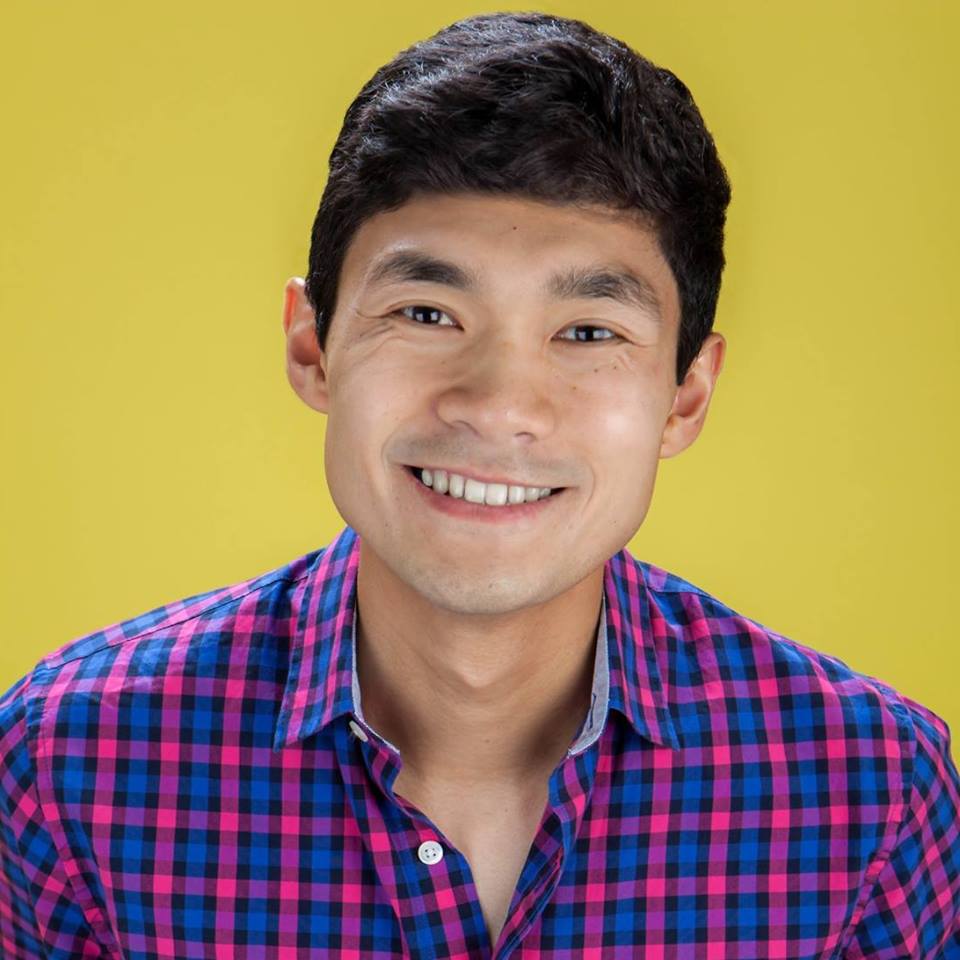 Since I was in high school, working for someone else never interested me. I was a rebellious kid at home and in school so listening to others never suited me well. I wanted to do work that I care about, and the best way to do that is to work for myself. The success of the business will depend on my passion and drive. Read more>> 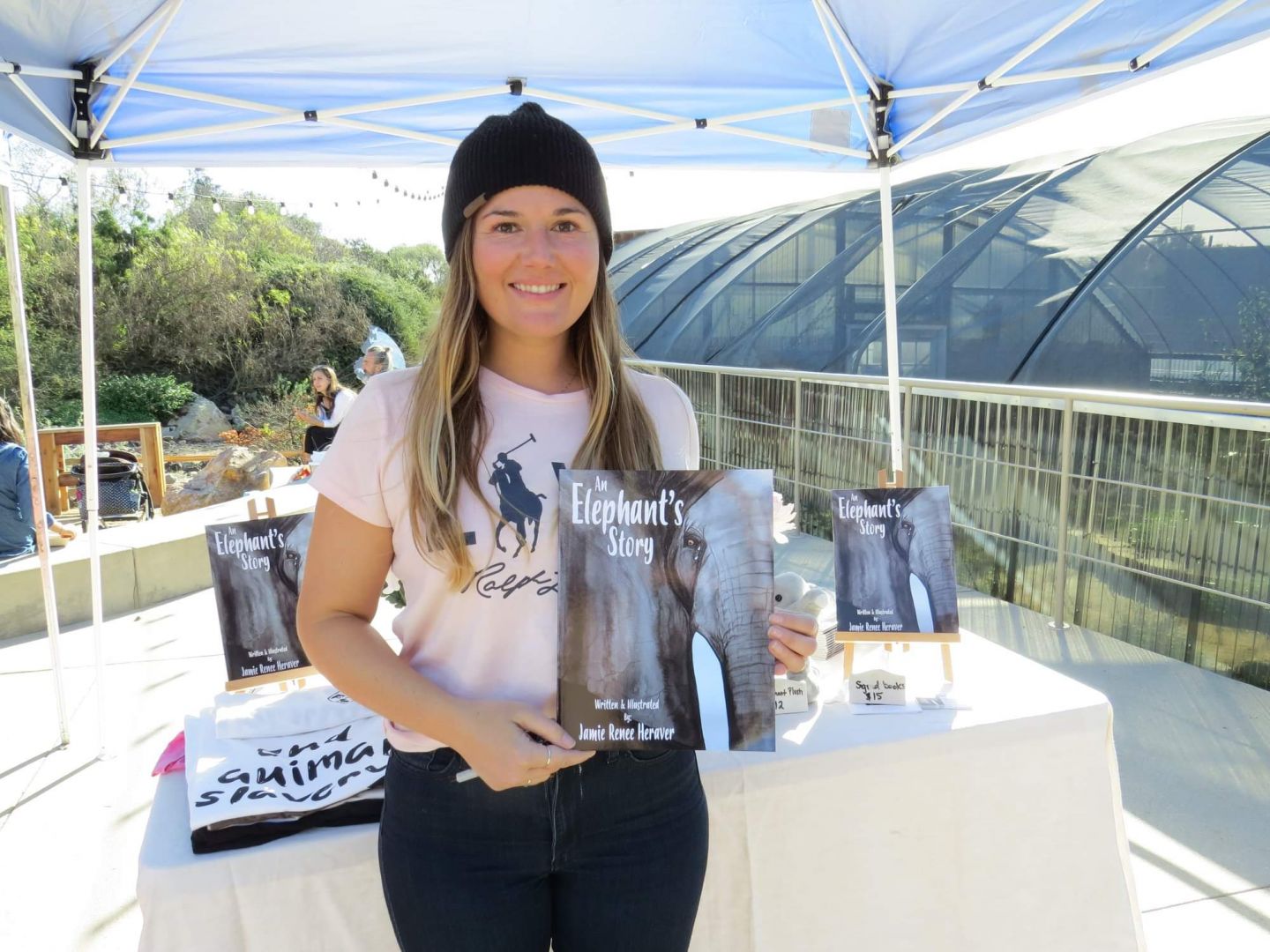 I saw a need that needed to be addressed. There is so much suffering going on in the exotic animal tourism industry (including petting zoos and the like). I realized most people have no idea the realities of all of it. With good intentions, the masses are supporting things that cause suffering behind the scenes, and I wanted to do something special that would educate people in an inviting and colorful way. Read more>> 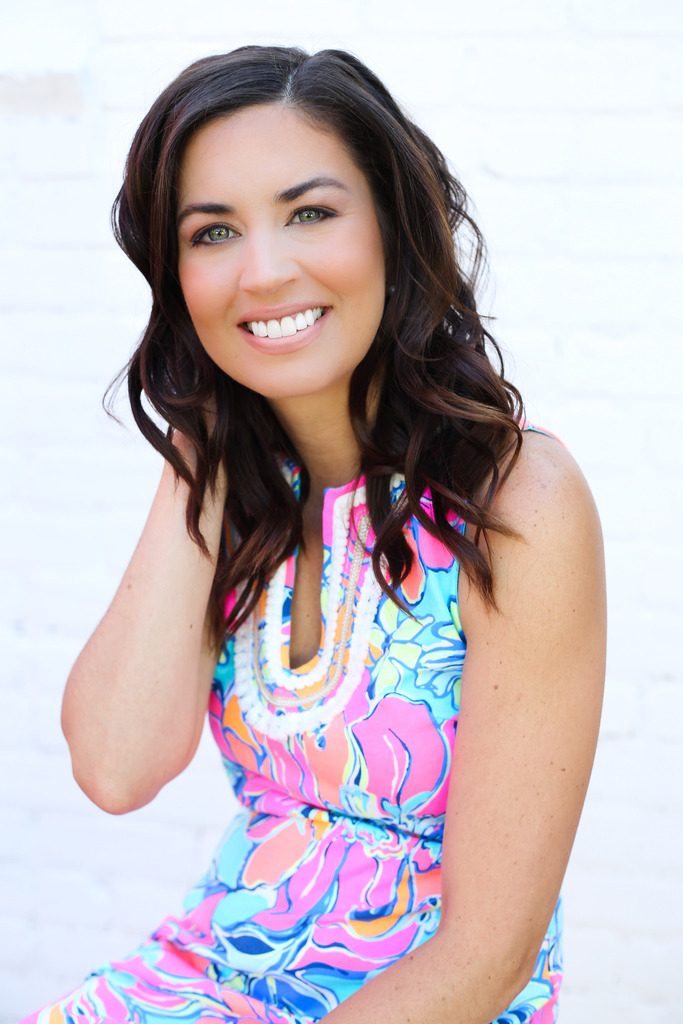 My thought behind starting my business was to impact families and children in a positive way. I saw a need for a more individualized way to educate children and teach to their needs. In a perfect world, we want the best for our children and through classes at Kinder Ready we are able to develop an interest based curriculum to promote the power of learning. Read more>> 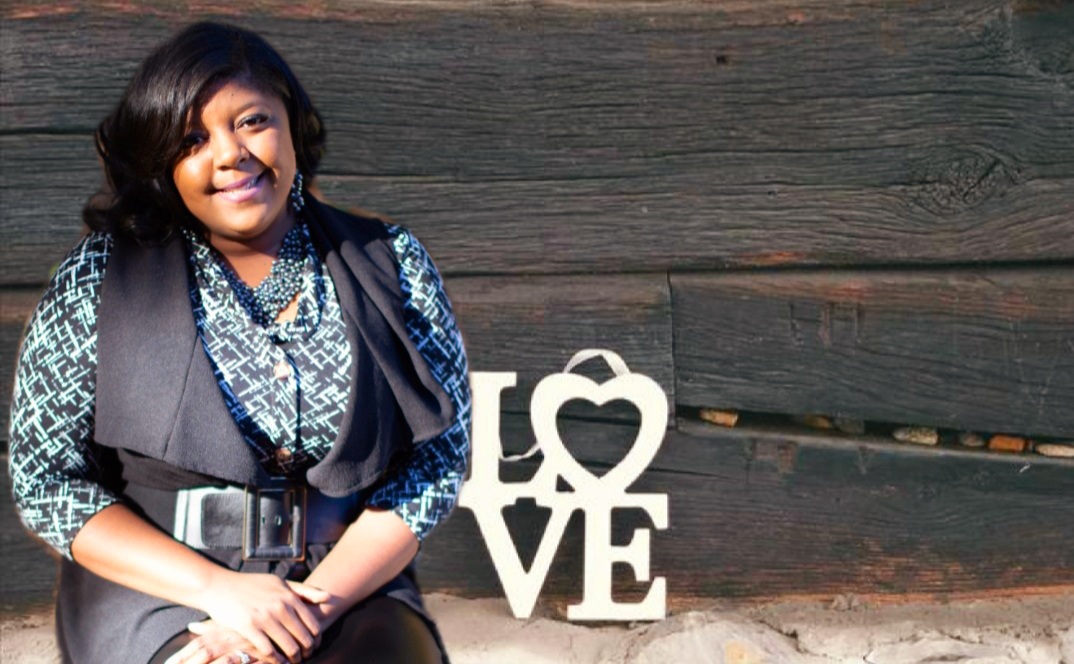 My thought process behind starting my business were based on three components. Those three components were control over my life, job creation, and pursuit of happiness. I have always had an entrepreneur spirit. Going to a 9-5 was something that I had to do but it was never something I wanted to do. My career in the childcare field was enjoyable. I love working with children, but I did not love working for someone else. What I love was the thought of having control over my life and not having to ask someone to approve time-off so that I can take a vacation with my family, or having to show documentation for taking a sick day, or anyone telling me what time I had to report to the office. Read more>> 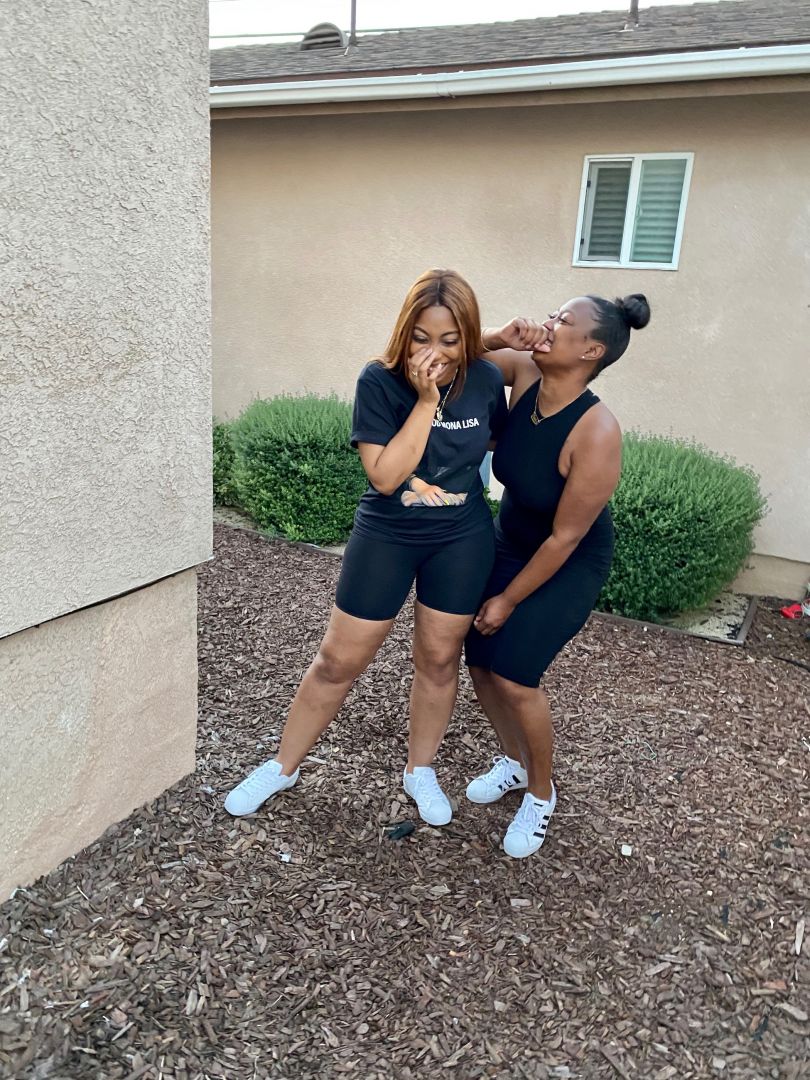 The thought process behind the podcast came about getting feedback from people around me telling me to use my voice to reach out to others. I never thought the things I wrote in my journal everyday about what I’ve been through in life, relationships and friendships would reach other women who have been through similar situations. The feedback I got after my first show was amazing and I was shocked, so I just thought maybe this is what I’m supposed to be doing. Demetria came on as a cohost and we gained so many listeners on different platforms, so we decided to make it permanent and that’s how we became CONVOS WITH EB AND DEME THE PODCAST. Read more>> 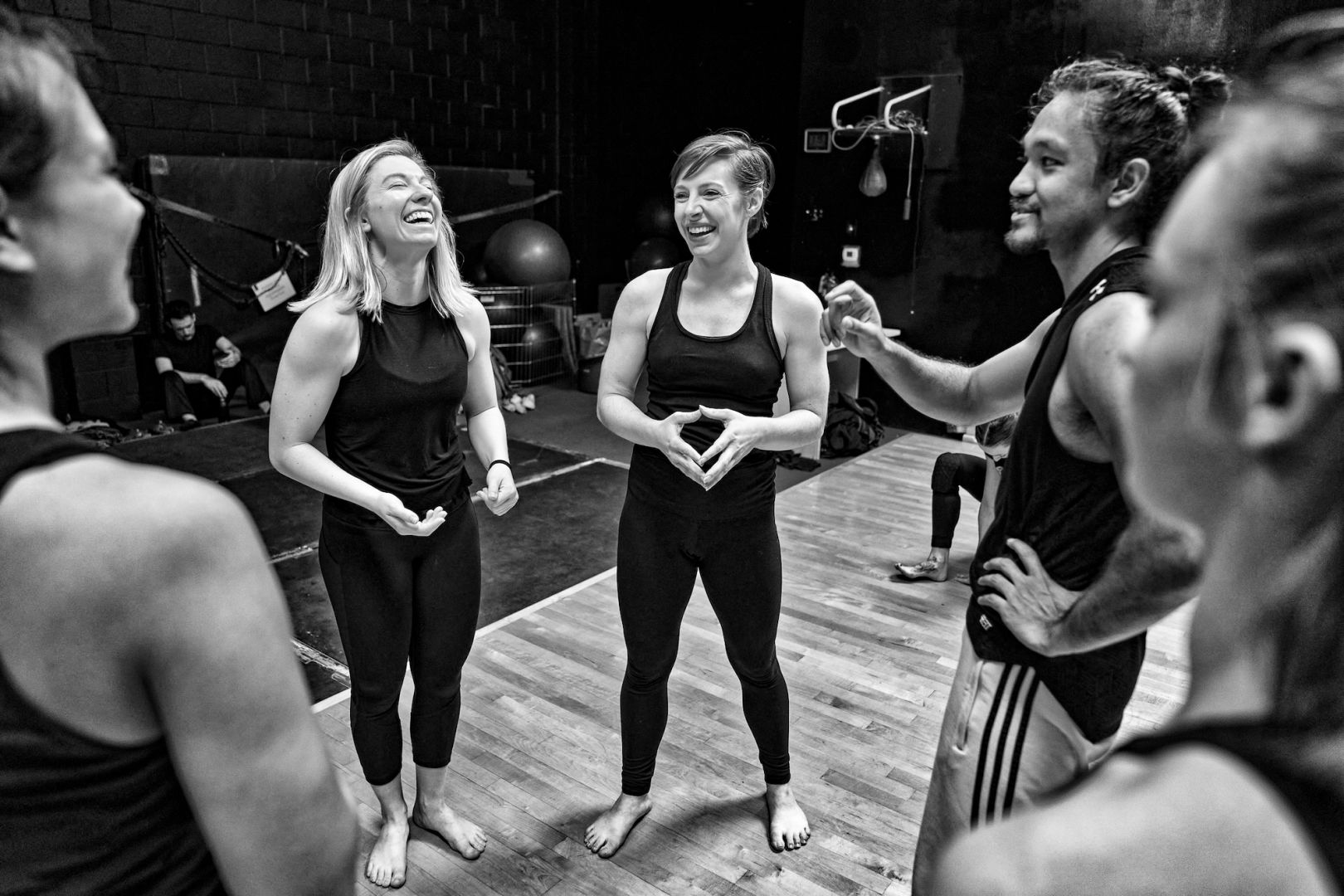 I started Psychopomp Dance Theater because after working in the dance industry for several years, in several different capacities, I realized that I needed to be the change I so desperate was searching for. I think there are many forms of abuse that run rampant in the dance industry. Many of these abuses are currently becoming large topics of conversation in the community and beyond. Not only are there issues of racism, sexism, misogyny and homophobia that come out in strange ways but there is also a lot of manipulation of performers that can rear its head in many different ways… Especially from long standing institutions. Read more>> 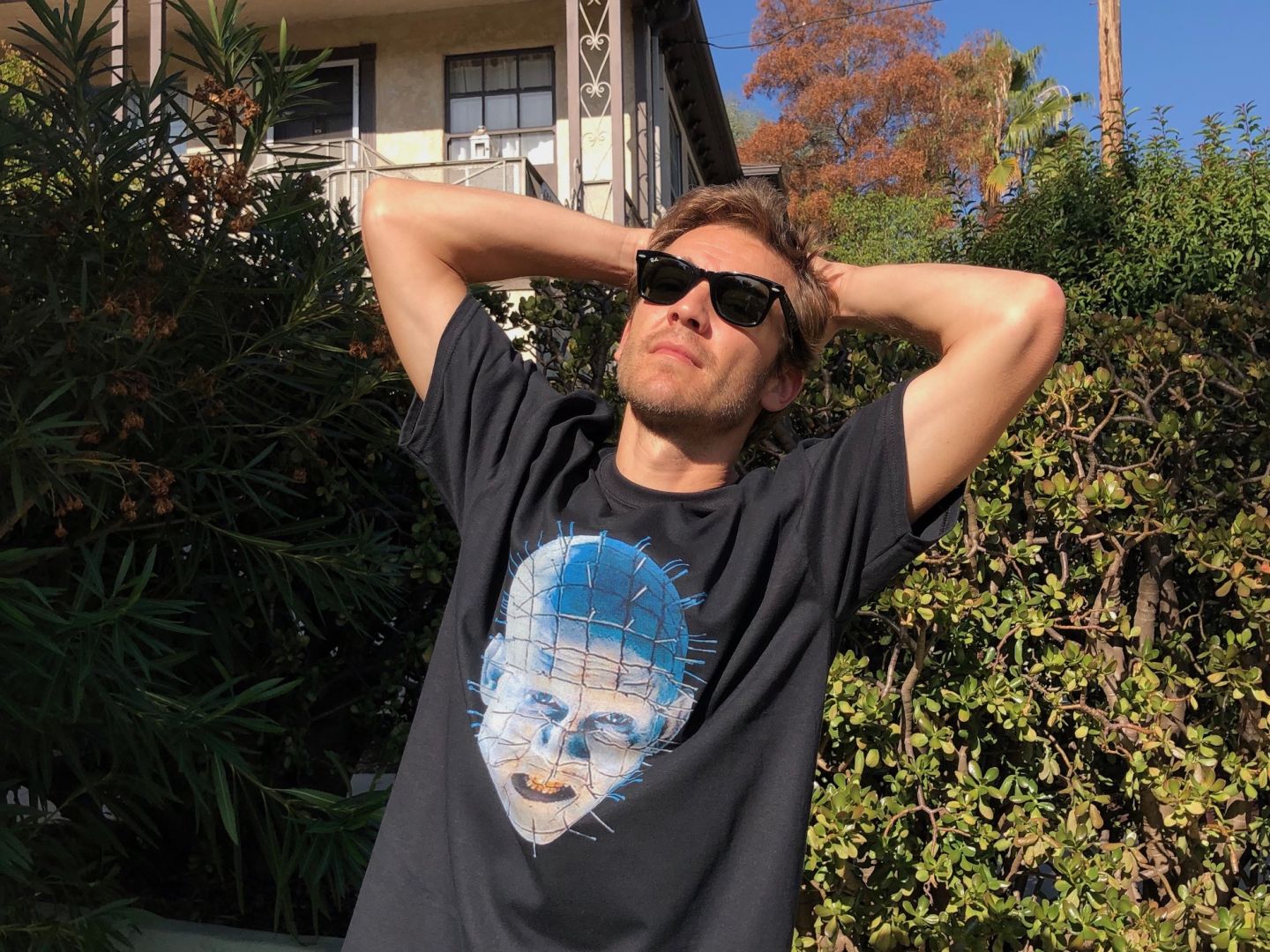 I am Jesse Bardy and founded GOLDEN AGE with my partner Ludvic Orlando 4 years ago in France. We moved in LA right after that because the heart of our inspiration is Hollywood. We open our first shop on Melrose ave, pretty close to the Fairfax District in 2017. We propose our own brand GOLDEN AGE (Shoes & Clothing) and a rare curated selection of vintage outfit. The golden past of Los Angeles inspired our creations and selection, but in a very modern way. The Melrose store became pretty fast a reference for stylists or designers to grab new ideas to develop their own creations. So we opened a second store on Sunset Blvd in Silver Lake in 2018, and a third one in 2019 on La brea Avenue. Read more>> 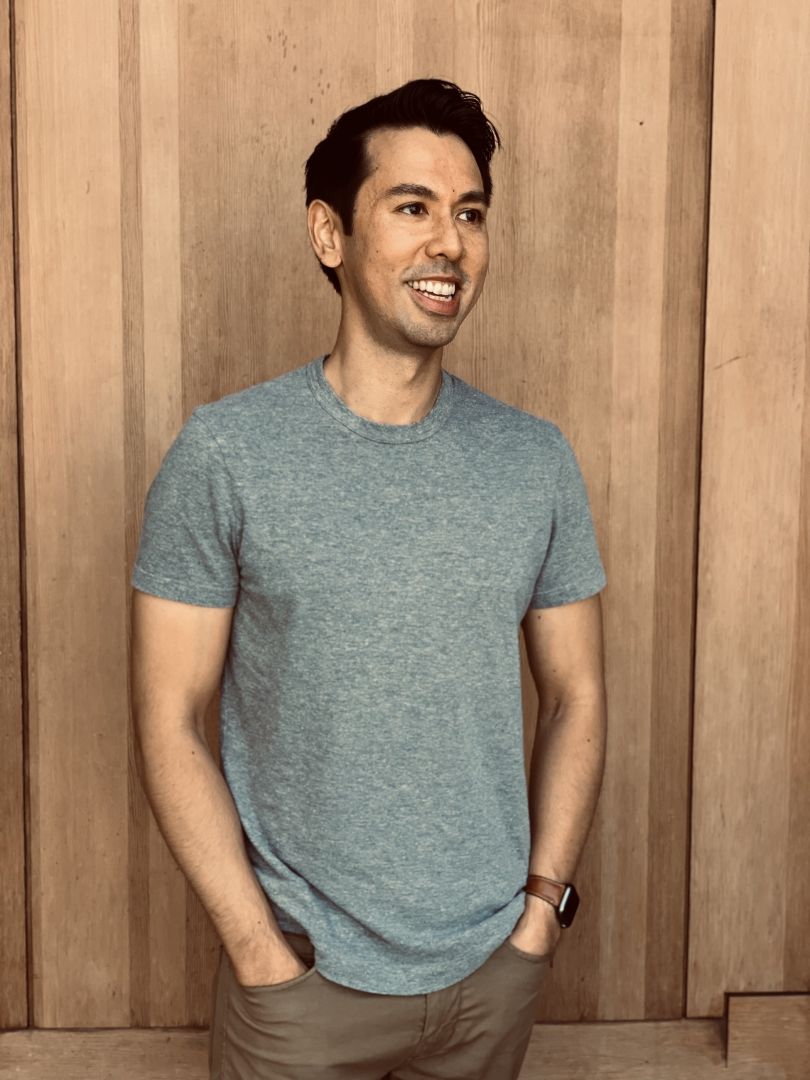 Mom’s Mala was started in 2018 when I realized I wasn’t able to buy an authentic Sichuan chili oil (or “mala”) at the grocery store. Mala originates from Sichuan and translates to “numbing” and “spicy.” Real Sichuan chili oil is vibrantly red and deeply fragrant, and is a staple condiment in Chinese cooking – as commonly found in Chinese restaurants as ketchup is in American diners. My parents emigrated from Singapore when I was a kid and mala was a staple at the family table growing up, thanks to my mom, though honestly I just took it for granted. Later on, I began making mala myself just to have around the home when cooking – refining my mom’s recipe and making it my own. Read more>> 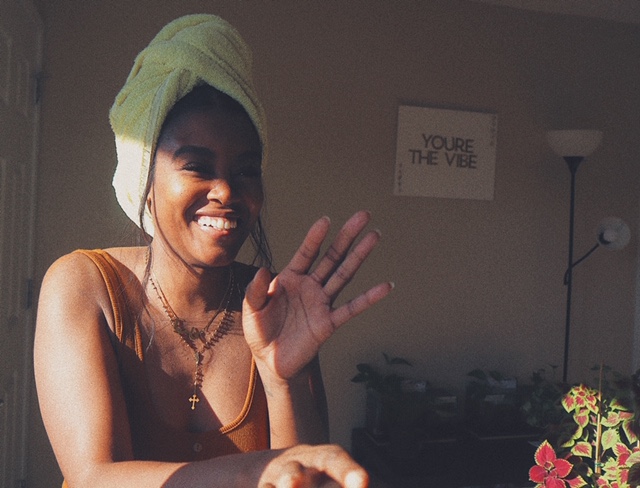 I noticed that many of the natural products offered on the market were expensive, my thought process behind starting my company stemmed from my desire to make readily available all natural, quality products that are affordable. Read more>> 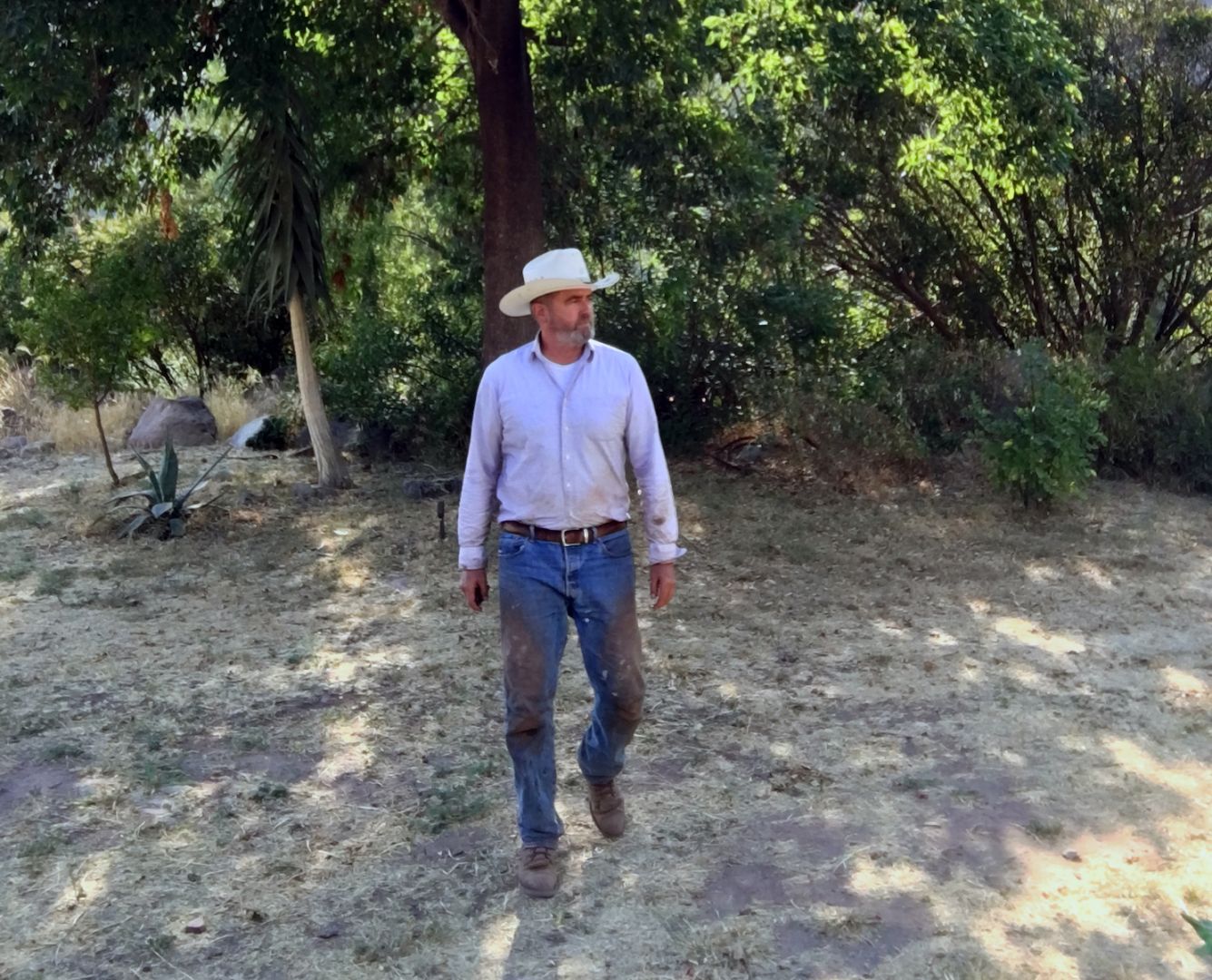 It was 1992., we were in a major recession, galleries had been closing left and right, and the L.A. riots just occurred. There were always a lot of art schools in and around LA, but there were very few places for artists to show their work at that time. My partners and I decided that three of us splitting costs on a smallish space would be manageable, and if we kept the costs low enough, the curatorial decisions we made wouldn’t be fiscally driven. We were young, and had very little experience in the art world. We decided to run two shows every three weeks, rather than the slower moving 4-6 week shows run by large galleries, and pay the artists 60% from sales, rather than the 50% typically paid by larger galleries. Read more>> 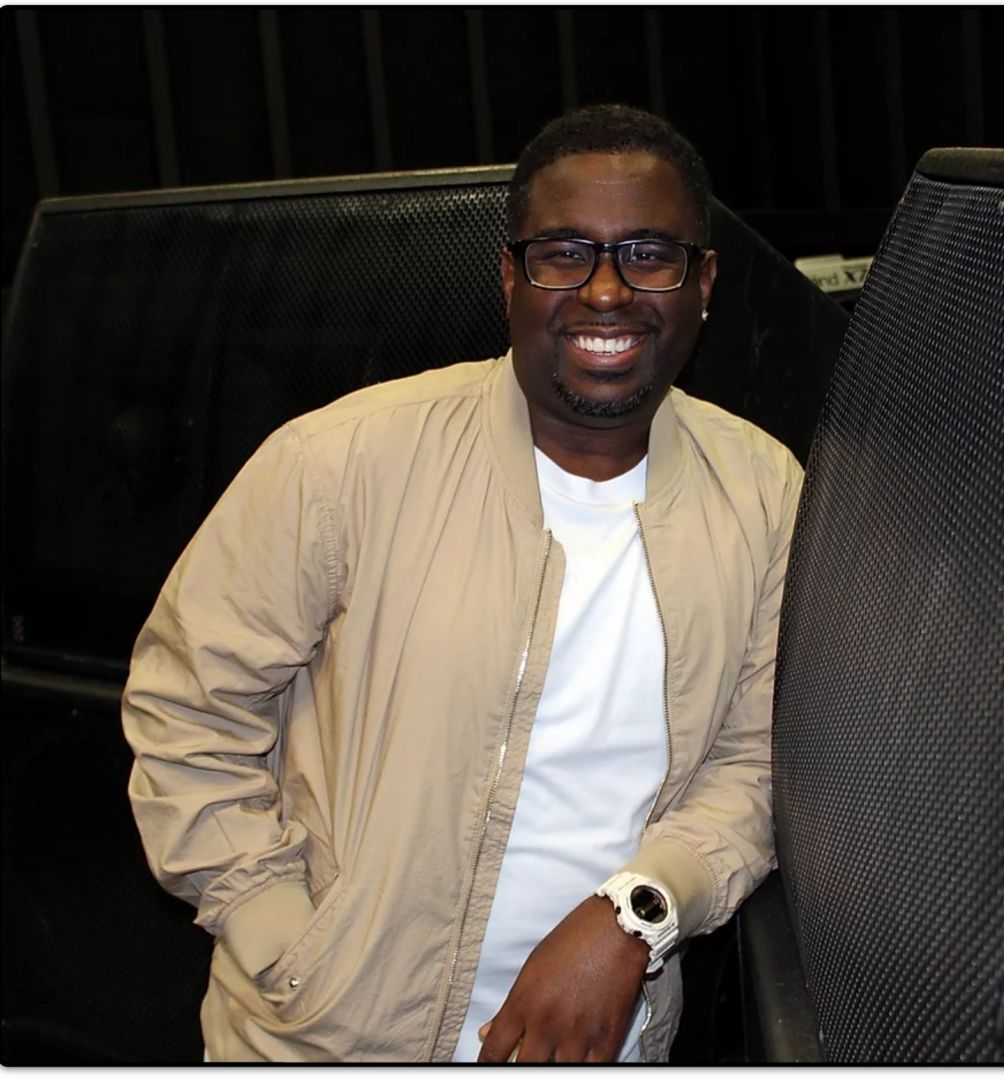 I saw a need for advocacy within the urban touring community. There were only a handful of great music directors, but a ton of accounts…which means that past a certain point, musicians were pretty much on their own in terms of negotiating, getting information, and just feeling like someone was in their corner should anything go down. Read more>> 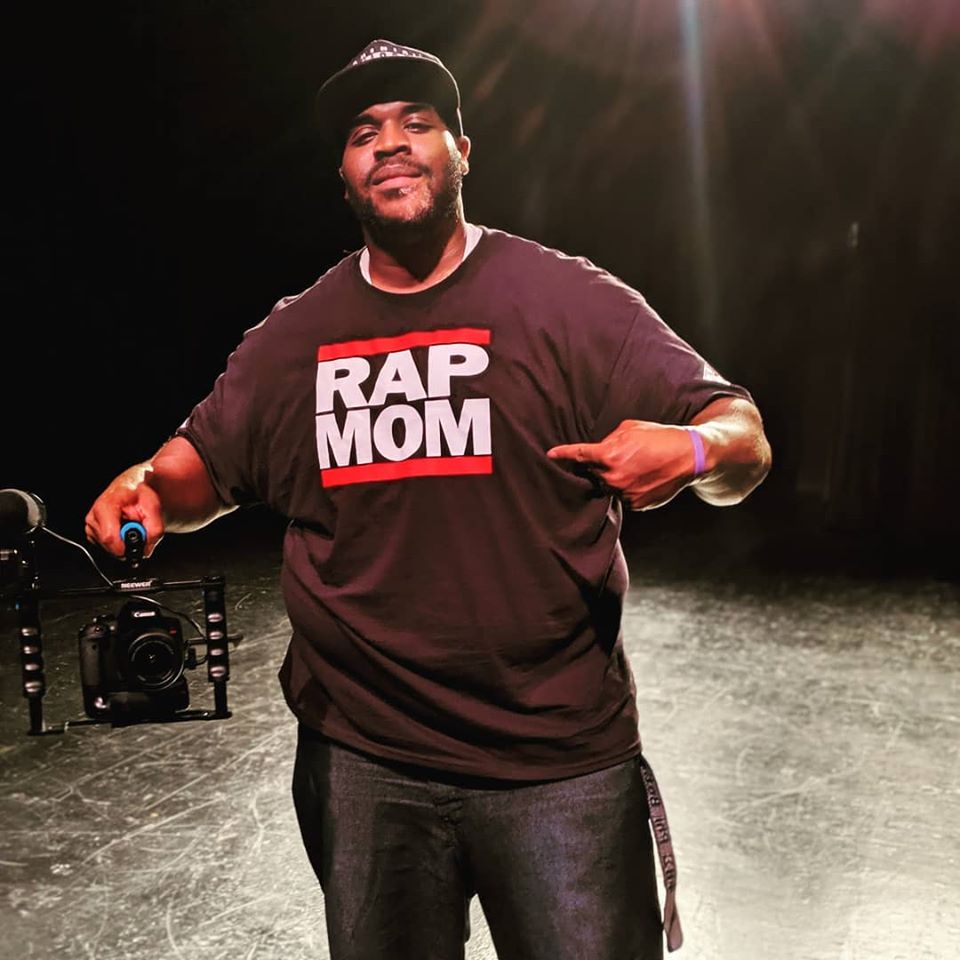 For many years, I was going around to various theatre companies in Chicago trying to sell my skills and abilities pertaining to being an asset to their theatre company. Whether it be script writing, producing, directing, project coordinator, marketing, etc., I was hungry to apply my existing skill set and find a theatre home somewhere. But sadly, every meeting I set up, every person and every theatre organization I reached out to, I was denied. I didn’t allow this to break me or to stop me in my journey, so instead of asking THEM permission to be great, I gave MYSELF permission to be great. Read more>> 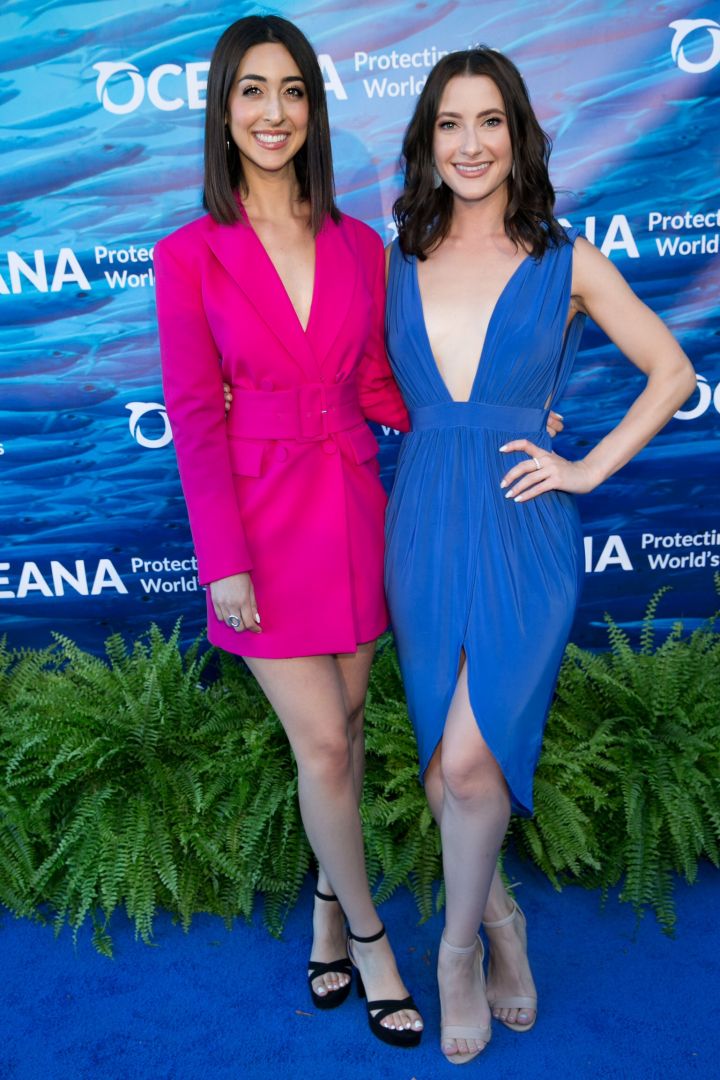 Founding Bold Box was a very natural progression for us. We both grew up by the ocean and have been actively involved in ocean conservation for twelve years. Being in the eco-space, we found ourselves readily giving advice and doing quite a bit of product research on the quest to live more sustainably. For us, starting Bold Box was us filling a gap in the market. It was a headache and constant struggle to find affordable, high-quality, chic eco-friendly products. So we had to ask ourselves: “WHY is it so hard to find products that we love in a space that should be accessible?” Our answer: Be the solution. Help people figure out what parts of sustainability are sustainable for their lifestyles. Read more>>