We had the good fortune of connecting with Deshawn Plair and Sade Oyinade of Flower Ave. Films.

Hi Deshawn and Sade, we’d love to hear about how you approach risk and risk-taking.
Risks are a necessary part of life. There’s the old saying, “with no risk, there’s no reward”. It may sound cliché but it’s absolutely true. We both took risks by relocating to Los Angeles with no family and very small means. We had a dream of working in the television and film industry and we could only do that by leaving our comfort zones and launching out into the unknown. Often times there is fear attached to the word “risk” but we’ve learned to embrace it instead of running from it. You’ll never know what you can do if you aren’t willing to take a chance. You may end up conquering it or you may end up failing, and if so, try again. It’s inevitable that you are going to fail at something but it’s a learning experience and an opportunity to grow. 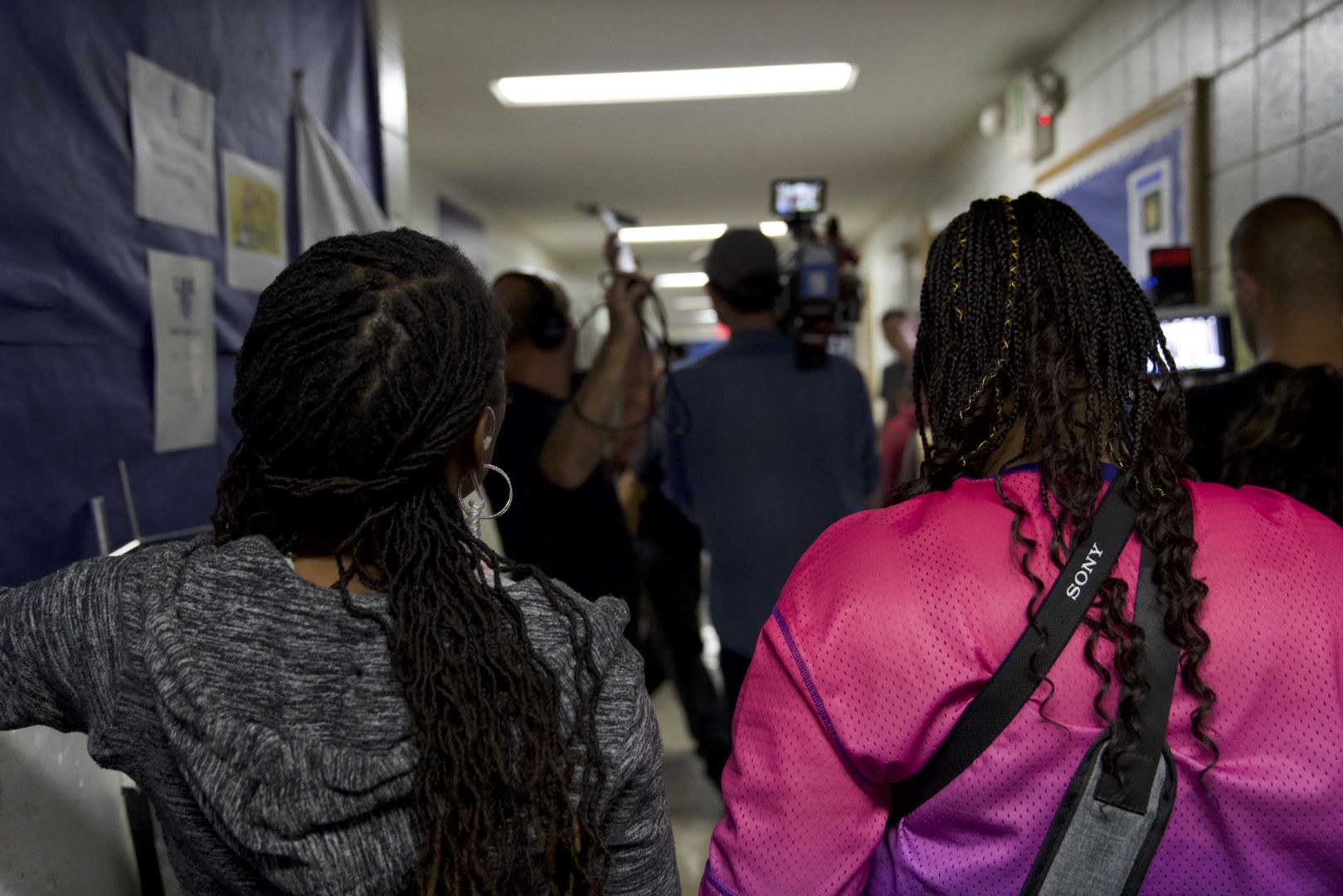 Can you open up a bit about your work and career? We’re big fans and we’d love for our community to learn more about your work.
Deshawn and Sade are both writer-producer-directors creating content that represents our diverse backgrounds and communities. Sade: I always had an interest in film/tv but my family wanted me to be a doctor. I went against that and studied Visual Media at American University and, against my family’s wishes, moved to Los Angeles to gain experience as a producer. Sometimes the people around you won’t believe in your dream but you have to go for it anyway and believe in yourself. After a series of jobs in reality TV, I moved on to work on documentary series like “American Gangster” for BET and “Unsung”, a music docu-series for TV One. I found my groove on these docu-series and started producing on “Unsung” in 2009 which was a wonderful and extremely educational experience. But there was a deeper passion I hadn’t explored yet, which was directing and writing scripted content. I started the production company Flower Ave. Films (named for the street I grew up on in Takoma Park, MD) and produced and directed my first short “Who Do You Know?” in 2011 which later aired on ASPiRE TV. Then I wrote a short film called “Yemi’s Dilemma” that dealt with my Nigerian-American background and teamed up with my co-worker at the time, Deshawn Plair, it was a great match and we’ve been working together ever since. Deshawn: I originally moved from Kalamazoo, Michigan to Los Angeles to pursue acting. I always wanted to be in front of the camera. When I moved, I literally knew nothing about the business. It was a huge learning curve. It was very difficult to break into the industry as there weren’t many roles for people who looked like me at the time. When I finally started getting auditions, I noticed the roles were often going to the same people. So I thought to myself if I can’t get the opportunities, I’ll create them. I went back to school and started taking film classes. From there I ended up getting an internship at a production company and things began to take off for me but behind the scenes. It was an unconventional route as I started in Clearance and worked my way up to Associate Producer, then Production Supervisor for “Unsung” and “Unsung Hollywood” two docu-series on TV One. But that wasn’t feeding me creatively so I quit my job. I didn’t really have a plan, I just knew that I needed to step out on faith. So I began shadowing directors and volunteering on as many sets as I could. Then I took another leap of faith and began writing, which is another thing that I never thought that I could do. From that leap, things began to really shift in my career and one of the first pieces I co-wrote I actually directed. Since we started working together, we’ve produced a television pilot and an award-winning short film that Deshawn directed called “First Day Back”, about gun violence in schools that’s currently available on Amazon Prime. The film won Best Short at the International Black Film Festival in Nashville. We also were selected to be a part of the 2019 Producers Guild Power of Diversity Master Workshop to develop a feature film script we’ve been working on and we wrote a short film about breast cancer for BET Her that will air later this year. We want people to know that Flower Ave. Films is a production company run by two proud Black women. Our productions are very diverse and we focus on the inclusion of all backgrounds. We also pride ourselves on the fact that we always find a way to work with friends. Anyone we know that is creative we try to pull them in – it’s not just about us, it’s about our collective community – we’re all we’ve got! What sets Flower Ave. Films apart from others is that we’re telling our stories from our perspective. We come from very different and unique backgrounds which shapes our storytelling. 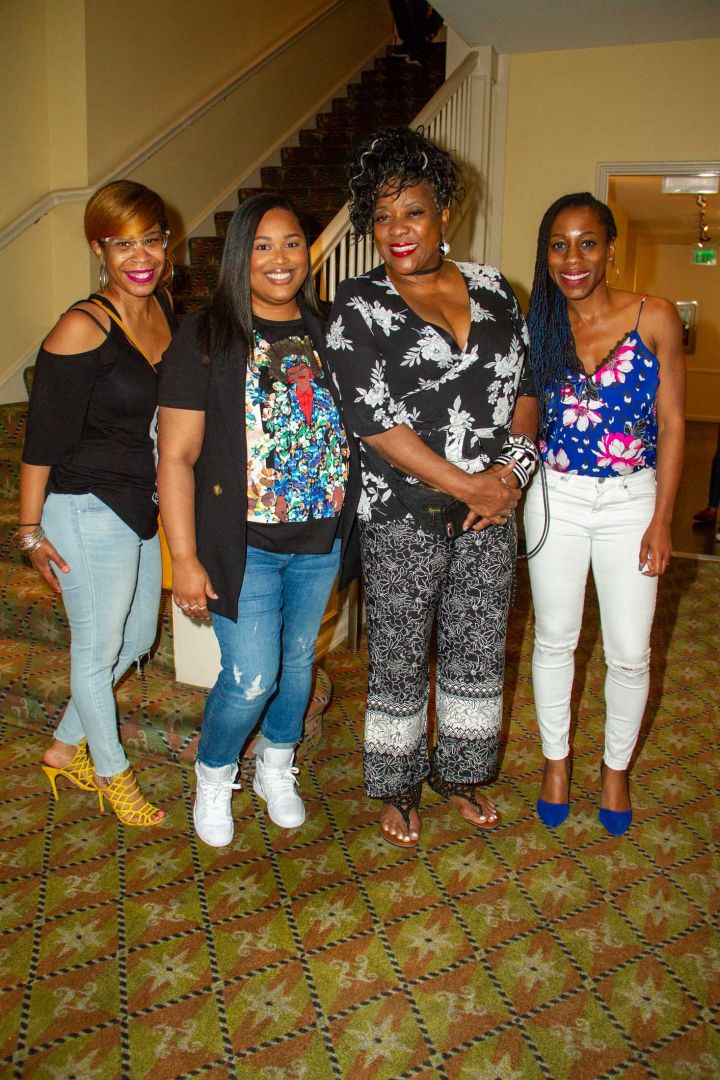 Any places to eat or things to do that you can share with our readers? If they have a friend visiting town, what are some spots they could take them to?
There are so many great places to go and show a visitor in L.A. a good time. Here are some of the spots where we’d take a friend visiting: -Hollywood Blvd (everyone always wants to see the stars) -The Broad Museum for some culture -LACMA, especially for Latin Jazz if it’s the summer time -an adventure trying to find the best food trucks – make it a scavenger hunt! -Paradise Cove Beach Cafe for lunch in Malibu and a quick swim – and enjoy the drive up PCH -Annenberg Space for Photography 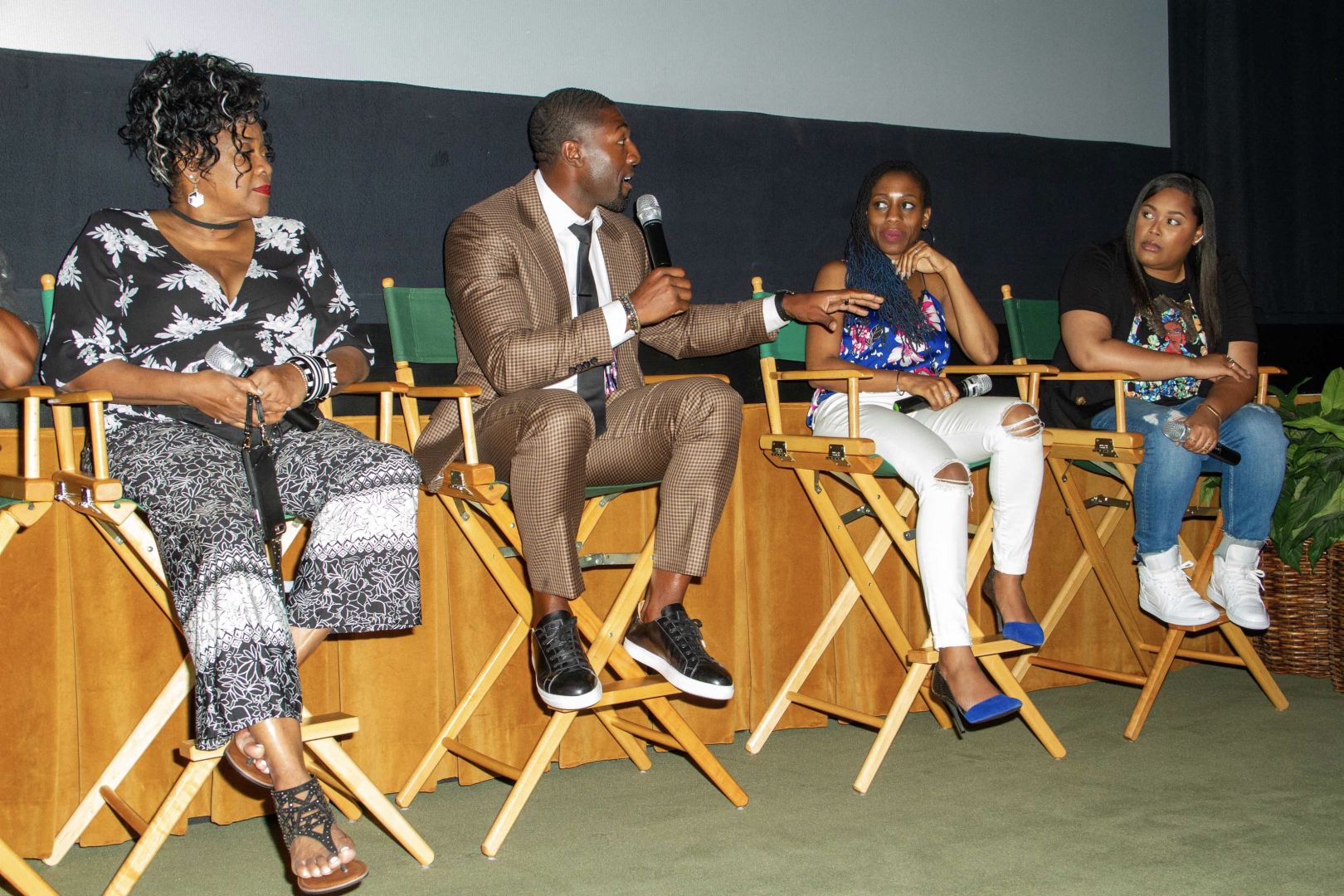 The Shoutout series is all about recognizing that our success and where we are in life is at least somewhat thanks to the efforts, support, mentorship, love and encouragement of others. So is there someone that you want to dedicate your shoutout to?
Deshawn Plair: I would like to give a shoutout to writer-director Qasim Basir who’s been a mentor and a source of encouragement. He challenged me to think about my gifts and how I was willing to use them. He helped me find my voice as a creator. Sade Oyinade: I’d like to give a shoutout to Shannon Gaulding, a producer and current President of Production at Groundswell Productions. She’s been a long-time mentor and champion of mine and Deshawn’s. She’s always encouraged me professionally and personally and is always willing to read my scripts and support my work. Together we’d like to give a shoutout to the Producers Guild Power of Diversity Master Workshop. We were selected to be a part of the 2019 class and we learned a lot about ourselves individually and as a producing duo. The program helped us grow as producers and challenged us to think bigger with our brand.