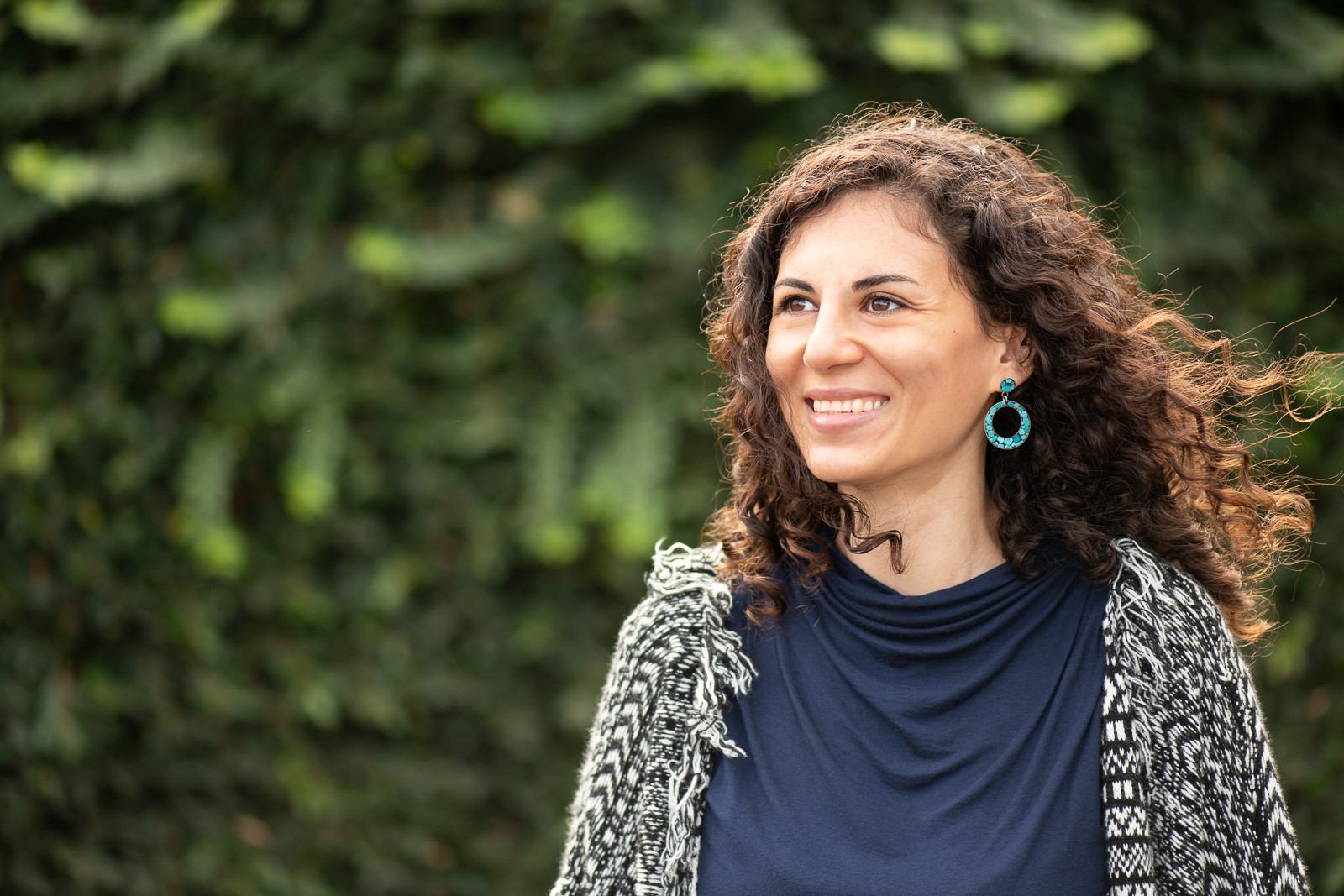 It all started with one bread: Barbari. For years I have been living in Los Angeles, home to roughly half a million Iranians, and I could not find authentic Barbari anywhere. There is a version of Barbari sold in Middle Eastern stores (and more recently found on food blogs and in cookbooks) but none are the real thing. Real authentic Barbari, is a sourdough semi flatbread, with a very thin crunchy crust and a chewy crumb. It resembles more a Neapolitan pizza crust than a Focaccia. This was the bread I wanted to have and could not find. So, I studied, tested, and developed a recipe for the Barbari I grew up eating in Tehran. During this process I started learning about other Bread from Iran, regional bread made using local ingredients and simple cooking techniques. I wanted to try making these bread, to document them and to introduce others to them. This is how Kouzeh Bakery was born. Read more>> 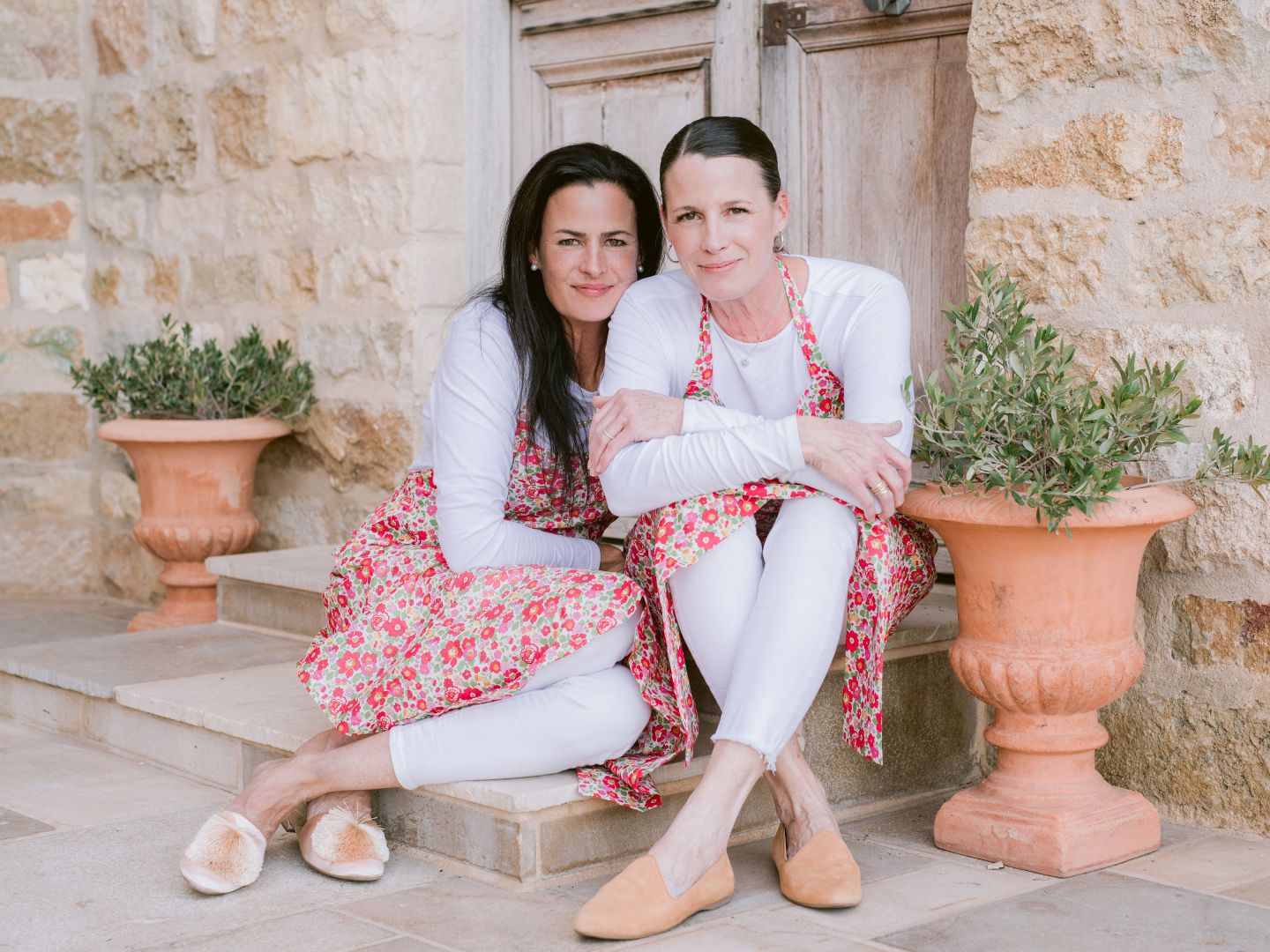 Growing up, our mom, Biddy, as she was nicknamed, entertained all the time and was known for her “doctored up” breadsticks that graced most occasions. Guests couldn’t get enough of Biddy’s breadsticks and always asked for more. The day before every holiday or party, Mom was in the kitchen working her magic. You can’t imagine the aroma of buttering breadsticks that permeated the house – pure deliciousness! For years, people begged us to market the breadsticks, and we always laughed it off. A couple years ago, we decided to give it a go and Biddy Sticks was born (seemed a fitting nod to Mom). Thankfully, the response has been overwhelming. Since the original recipe, which is a favorite (No. 1 Buttered), we’ve played around and recipe tested with ingredients and flavor profiles. Read more>> 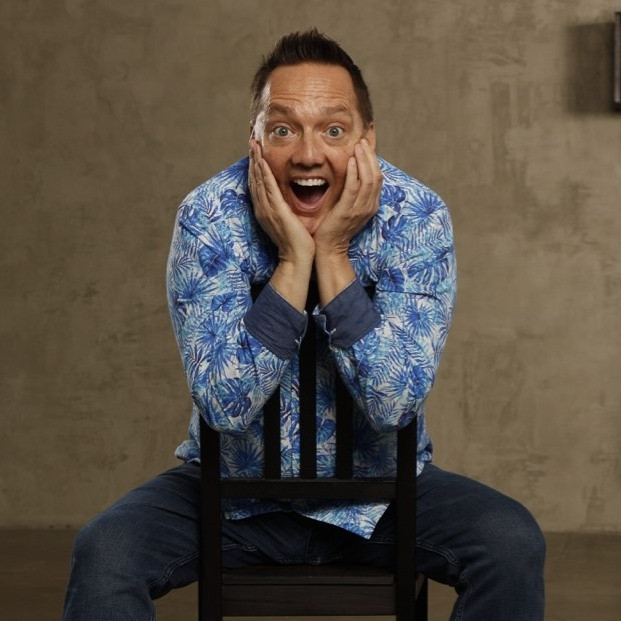 I was performing various characters for a party company and I was also running the office and I had multiple potential clients call and asked if we did Mystery Parties for Kids. I responded no every time because we were only doing fairy tale characters and super heros, no mystery party in sight. After the fourth mom had called inquiring about a Mystery Show I thought to myself “WHY aren’t we doing Mystery Parties?”” I thought about for a couple of days, trying to think of what we could actually DO at a Mystery Party for kids and on day two BAM! In the shower I literally SAW the entire Mystery Party playing out in my head…A birthday party….a colorful suspicious guest and missing presents and then ENTER the bumbling Detective Mumbo Jumbo Columbo! That same day someone called asking if we did Mystery Parties and I responded, “Why YES, we do!!!” And I described what I envisioned and the mom booked right away. Read more>> 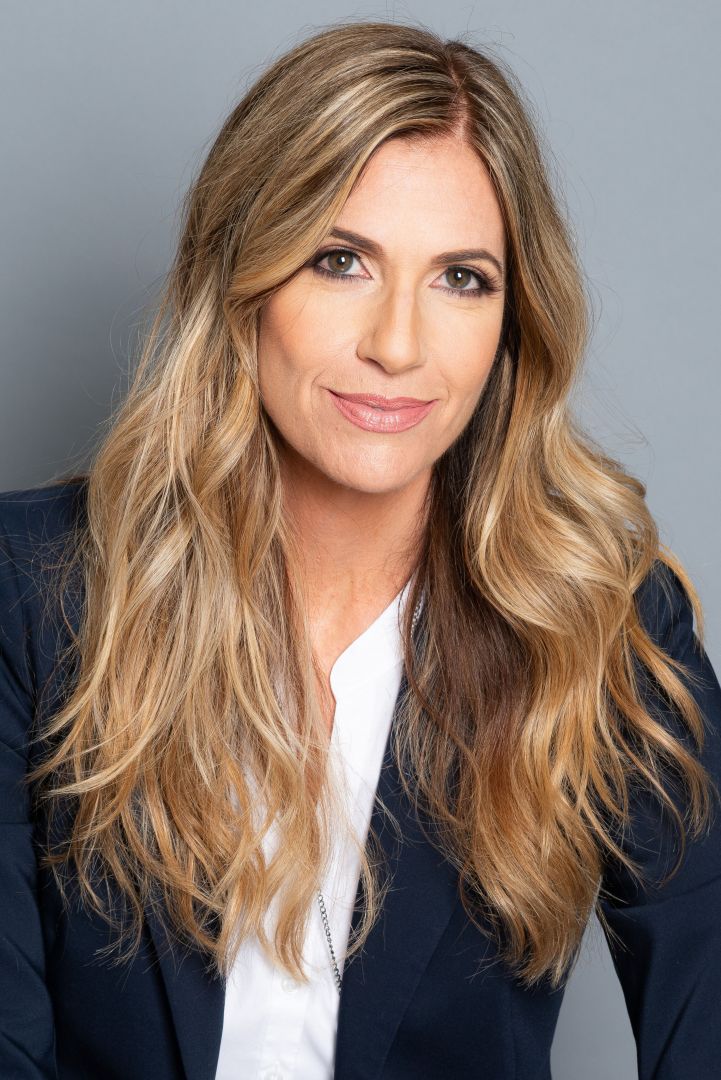 My Italian husband and I had a small, romantic wine bar. It was like walking into an intimate dinner party where we got to know our patrons quite well. Often women would ask: ‘Does your husband have any single friends like him?’ Or men would ask me to rate their dates with wine. They would call ahead of time and since we didn’t have a wine list, they’d say something like: ‘Open the Barolo if she’s a keeper or give her the Cabernet if she’s a one-off’. I kept thinking why are these men giving me so much control over their love lives? These were accomplished, successful men who just didn’t know how to discern who was right for them. It became evident that what they needed most was guidance, tools and access to the right women. Read more>> 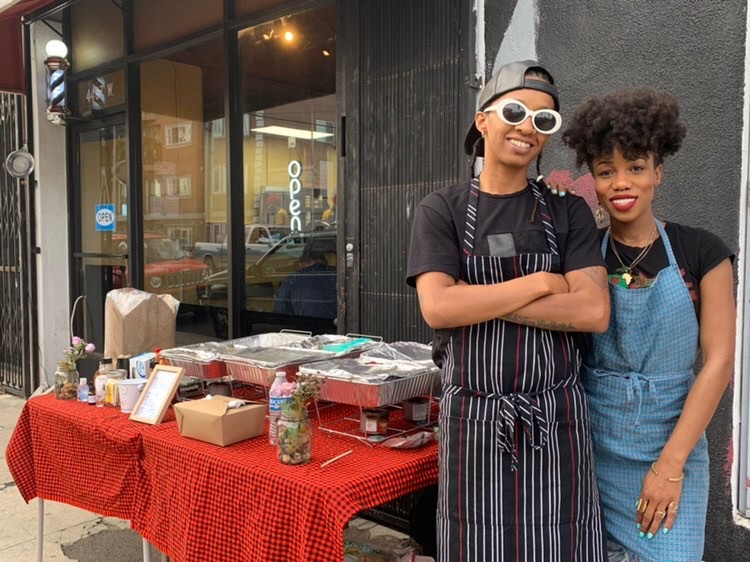 We both moved out here to LA around 2012. I feel like most people who moved to LA we had a certain vision of what would happen when we got here and that all of our ideas and dreams, all the doors would open up wherever we went. Many times in the first couple years opportunities came where either we spent all of our money on something that was a “good idea” or something was a good opportunity/idea we didn’t have enough money to do it. We both have always wanted to do work in the community sector but weren’t really sure what that would be. I have more of a history in sports &!social justice and she has more of a background in marketing and social media management. We realize as black queer women that the ideas of our peers, fellow queer people, black people, immigrants, POC There our ideas seem to be the last to get any love. Read more>> 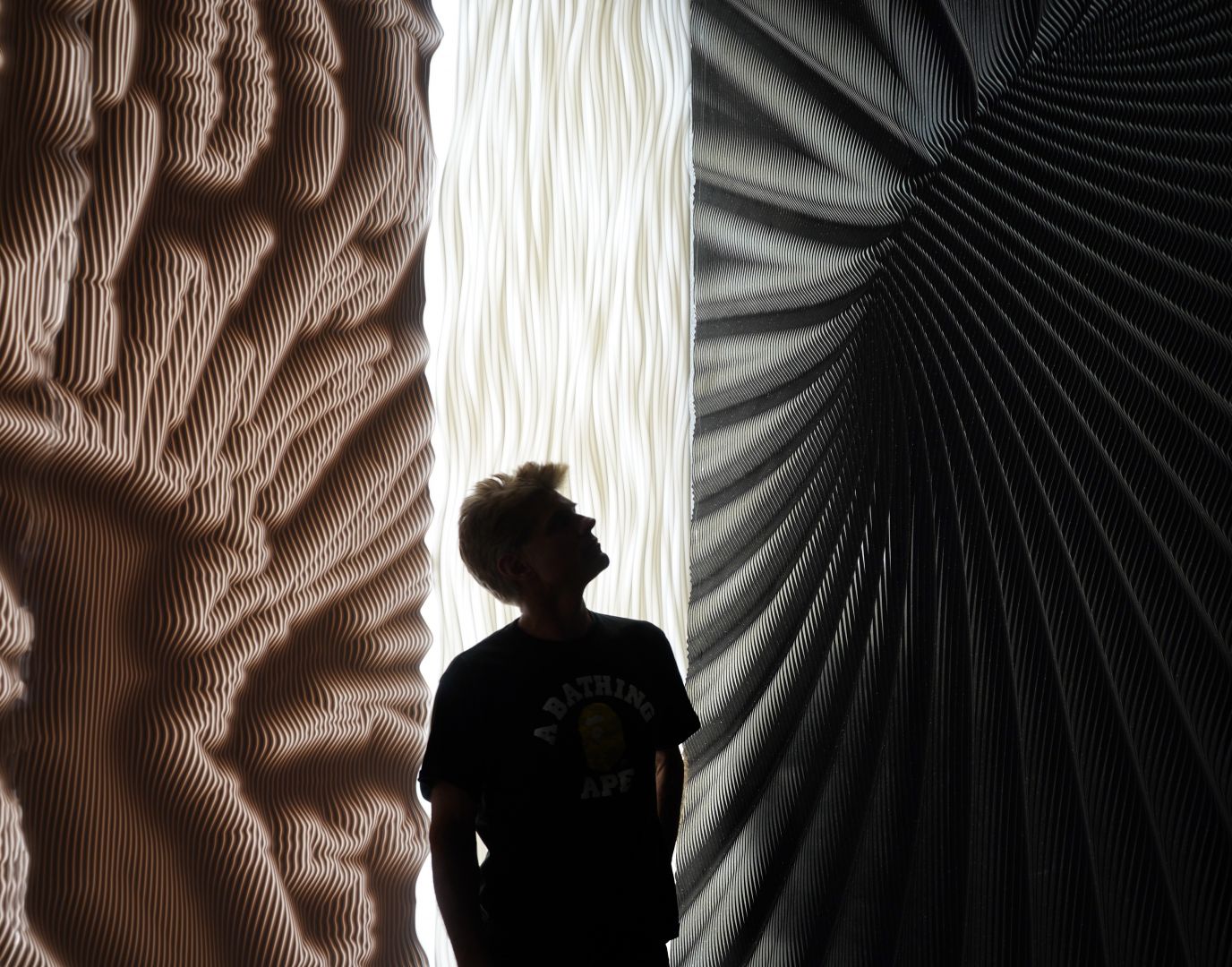 At first I wanted to solve a problem, in this case a design problem. I wanted carved and textured surfaces to continue in scale and iteration without any size limitation. I wanted the surfaces of our built world to be like nature, non-repetitive, self organizing, and with a complexity that evokes wonder or the need to touch. This is what M.R. Walls is. Walls without limits. Indoors or exterior. I also saw a need to improve the ancient process of tiling and grouting walls. There must be a better more expressive way. I found one. Read more>> 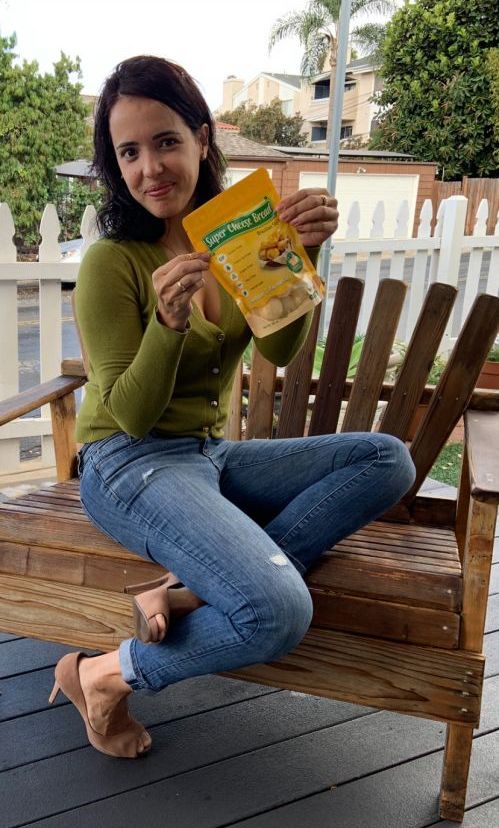 Cheese bread have always been part of my life . It is one of the most traditional (and my favorite) Brazilian recipe – originated in the state I was born, Minas Gerais. After couple of years living in San Diego, I truly missed my family’s great food and following my grandma’s recipe I began to make cheese bread for my friends – who loved the cheesy, fluffy bread. From being a success in our small gatherings and encouraged by friends, I came up with the idea of spreading this delicious food to others Brazilian and to introduce into the American culture, which has been very receptive. Read more>>