We had the good fortune of connecting with Aaron Steinberg and we’ve shared our conversation below.

Hi Aaron, let’s start by talking about what inspires you?
I think maybe the most honest answer is that I’ve been inspired constantly by the people in my somewhat immediate orbit, by people I work with, musically or otherwise – people in pretty close proximity. Trying to give it some thought – I believe it’s really the people who can reflect directly back to you who are gonna prod you to be your best. Being fully open to it isn’t always easy – but when I’ve been, people I’ve worked alongside have really made all the difference in the world. And generally, now I actively seek out that conversation. And most definitely in a band setting, that collaboration, that back-and-forth is not only a foundation, but it’s a huge driver of energy. Obviously in a live performance, inspiring one another is immediate – it’s happening in real time. Also, if I was to try to look at that question from more of a birdseye perspective: for people in the same trajectory – in my case, in music – we can sometimes get pushed to feeling real defensive, and can sometimes tend to start seeing everyone else as competition. (“Oh man, how did they land that gig, or soundtrack, or whatever?”) But I’ve come around to thinking we’re all in a huge position to help one another. And I’ve been inspired by how taking a more communal, collaborative approach has played out so well – in ways big and small, time and time again. 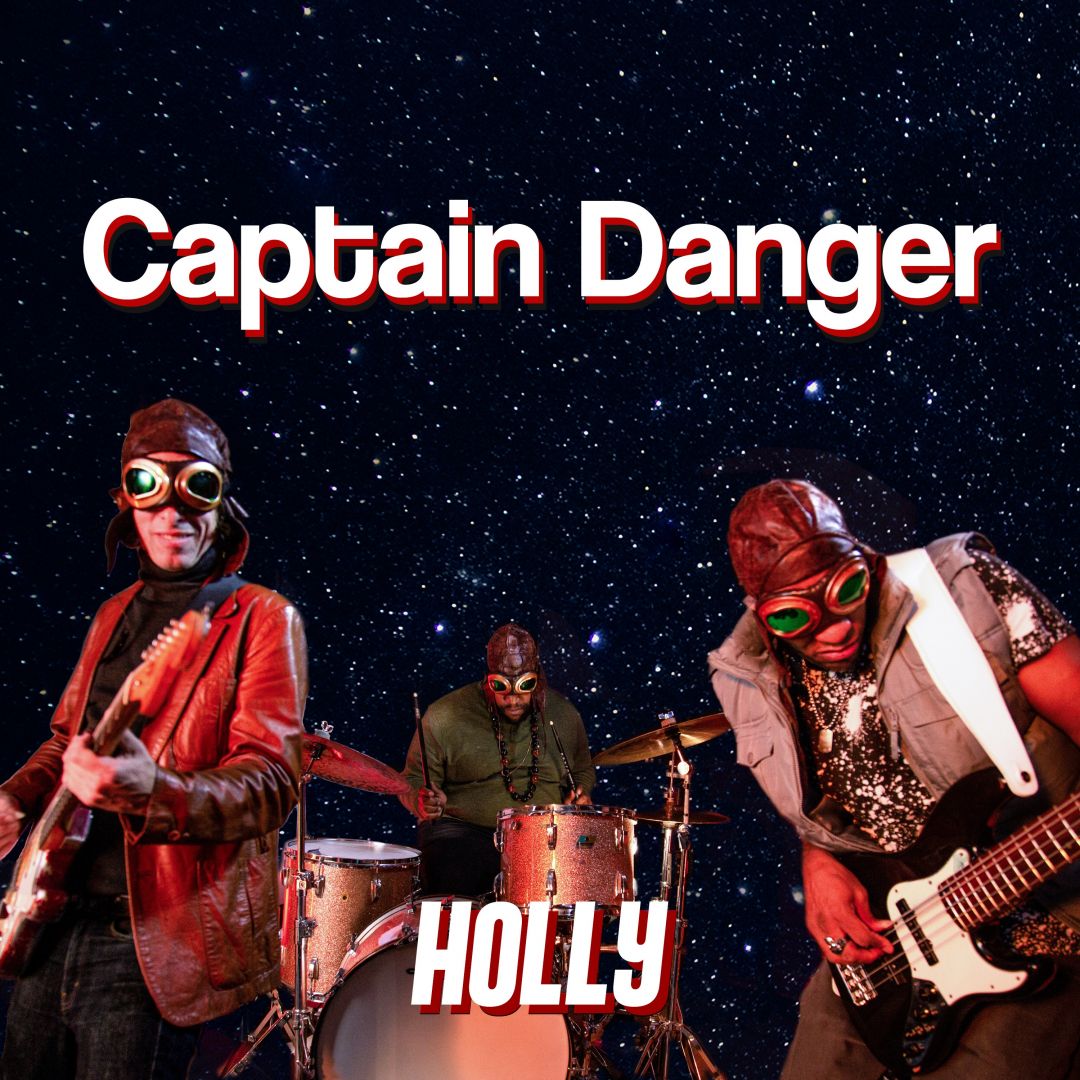 Alright, so let’s move onto what keeps you busy professionally?
[Ed. We’d connected with Aaron for a broader musical overview previously:  http://voyagela.com/interview/meet-aaron-steinberg-captain-danger-santa-monica/ ]. Songs and soundtracks . . . I compose and produce music for a variety of TV and film along with also doing session player work, and on the other side of the coin, aside from producing and co-writing songs with other artists, Captain Danger is the main original project / band, based here in LA. We’re super-excited about our release “Love Sweet Love” and accompanying music video (directed by Dane Lawing) for our song “Holly.” And luckily, striking up this musical partnership with Roger Benford (aka “Joose on Drums”, he also performs with SiR and Katalyst Collective) and Keith Eaddy (aka “E-Day,” heard also with Macy Gray, Dam-Funk and Jody Watley) has been full of the kinds of surprises you’d only hope for creatively. As for what I’d say might possibly set us apart in terms of a band making music together – and pretty similarly, what I hope might also set me apart over in the soundtrack world – I suppose it’s aspiring to deliver work that feels like it has some sort of its own identity in it. And that often means being adaptive and in tune with incorporating some sort of twist (subtle or big) that helps bring out an extra-special something. Curiosity and flexibility are good things – and clinging to those as values can make daunting things turn out to be possible. 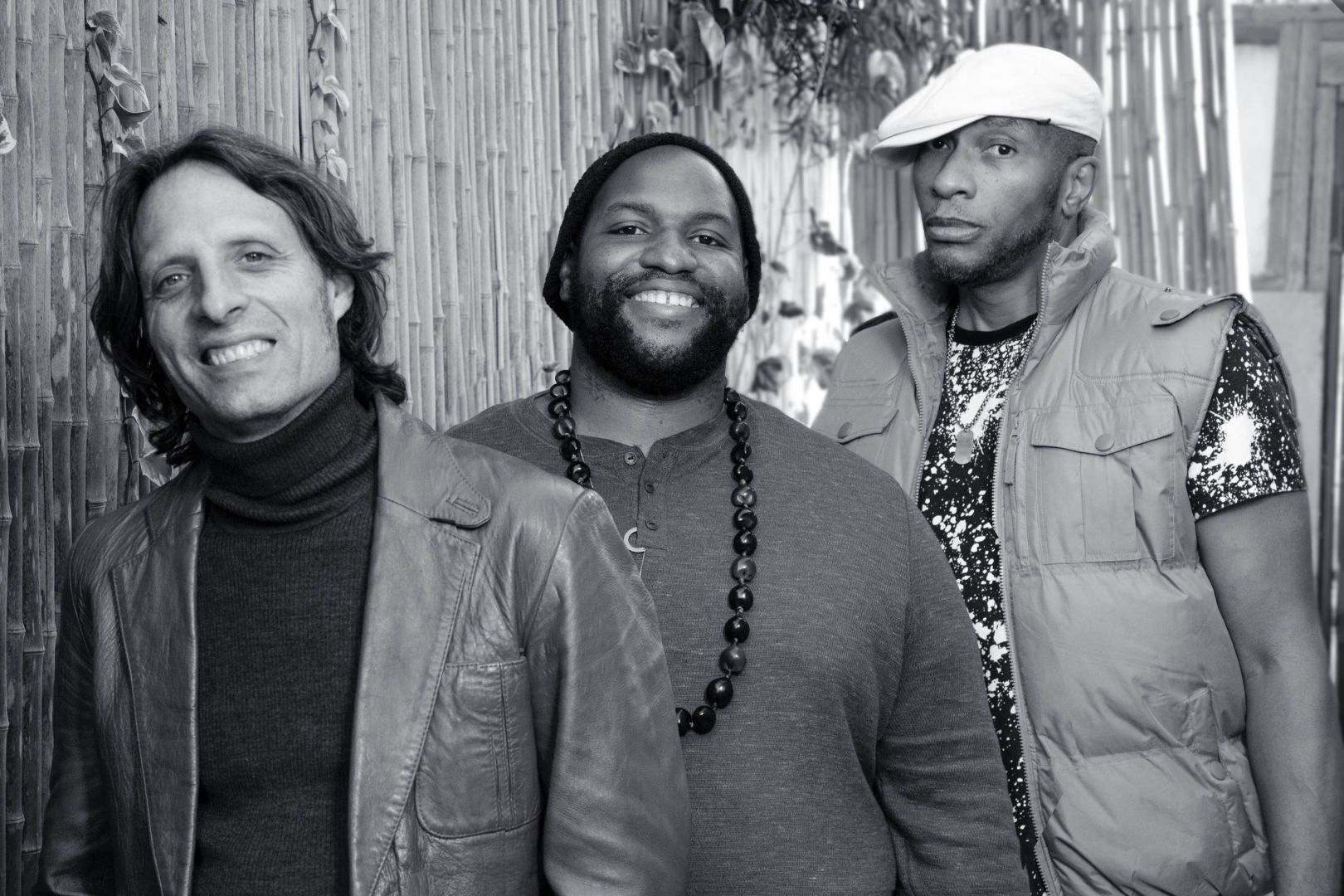 Let’s say your best friend was visiting the area and you wanted to show them the best time ever. Where would you take them? Give us a little itinerary – say it was a week long trip, where would you eat, drink, visit, hang out, etc.
As a former / longtime New Yorker, I do love trying to provide that “not-in-Kansas-anymore” feeling for visiting friends, especially in winter! For that, outdoor / beach adventures can be hard to resist. Treating ‘em to breakfast at Paradise Cove in Malibu in January is a surefire mood-changer, or continuing on up that way can be fun (maybe even to Point Dume if they feel a need to re-enact the ending of the original “Planet Of The Apes.”). Huntington Gardens is also a delectable daytime adventure. Lots of great hikes (short or long) too. The coolest music venue in town is, without a doubt, Harvelle’s in Santa Monica, established in 1931! Elsewhere, fun musical spots include The Cinema Bar (do not underestimate this small but mighty place!), The Baked Potato, Seventy 7, The Mint and The Redwood Bar. Downtown cocktail spots I’d swing by include Hotel Figueroa’s patio bar. Gloria’s (Salvadorian/Mexican cuisine, at 10227 Venice Blvd) is always on the list! Okay, and since Mexican food is often on my mind – Westside spots I dig also include Lares, Don Antonios and The Talpa (all on Pico Blvd). And swinging by Neat for a cocktail (over there on Pico too) afterwards is a good bet. Also, La Playita taco stand (3306 Lincoln Blvd, where Venice meets Santa Monica) is no joke. Plenty of tasty Korean food of course, and you’d never go wrong at Park’s BBQ (Olympic & Vermont). Also dig Shamshiri Grill (Persian cuisine, at 1712 Westwood Blvd). And of course ya also won’t go wrong at Versailles (including 10319 Venice Blvd). Need to buy a gift for someone and/or get yourself out of the doghouse, I’d say swing by Brooke Rodd’s three stores on Ocean Park Blvd, near 18th St in Santa Monica. (“Doghouse” . . . hmm, someone should really write a song called that. Oh wait! Someone did! Apologies – that was just an utterly shameless Captain Danger song plug where it doesn’t belong.) Lastly, I couldn’t quite suggest where to hobnob Hollywood-style or where best to gawk at movie stars, but if you like gawking at architecture, exploits in downtown LA could include peeking into Union Station – so ever-cool they even filmed some of “Blade Runner” there 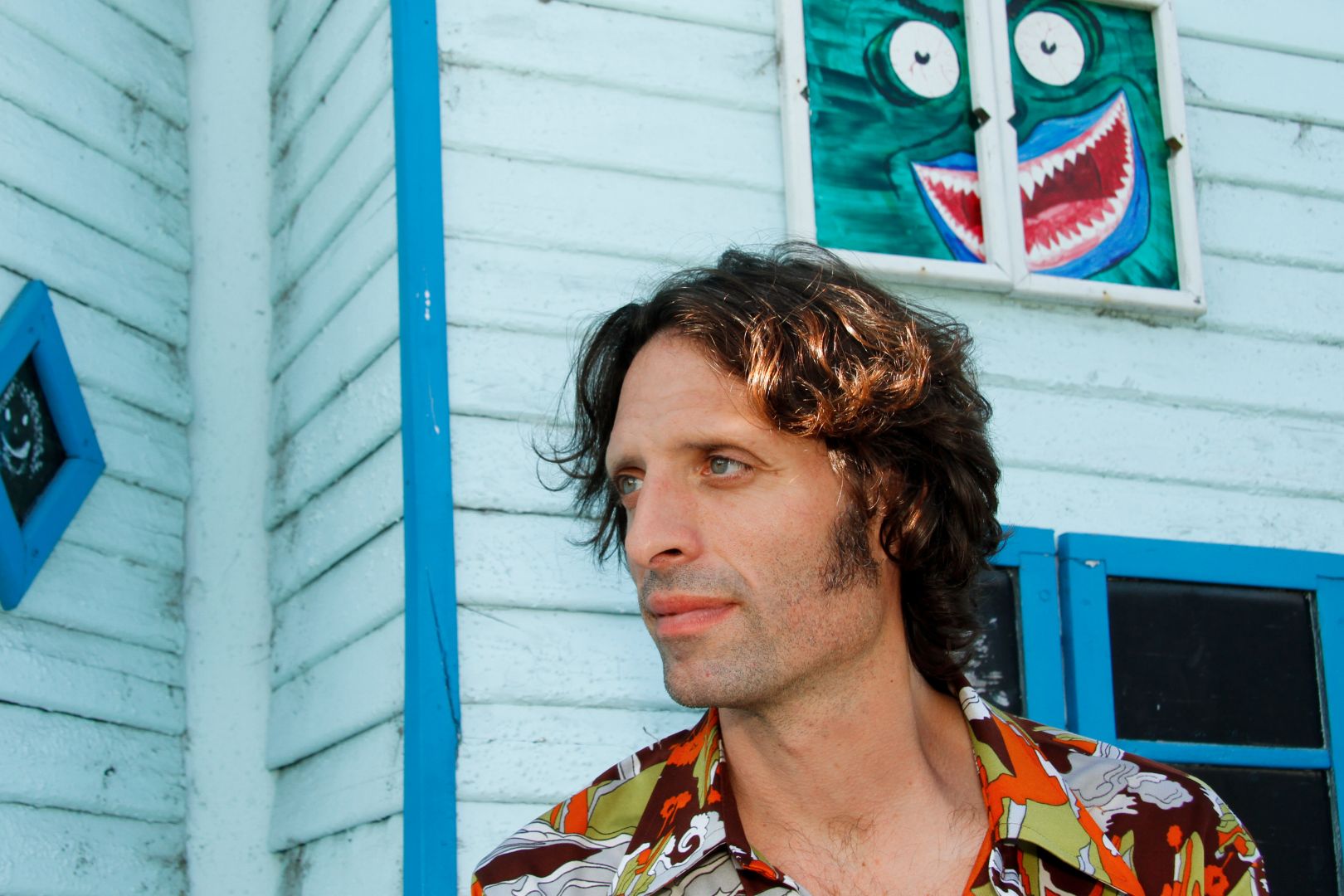 The Shoutout series is all about recognizing that our success and where we are in life is at least somewhat thanks to the efforts, support, mentorship, love and encouragement of others. So is there someone that you want to dedicate your shoutout to?
Well, for me the answer to that question would be my Mrs. –  that’s Tamra Raven, who has put up with who-knows-what kinds of migraine-inducing absurdities as I’ve pursued various musical and artistic wild goose chases (probably like Don Quixote chasing after windmills while insisting they are actually dragons). A wonderful person who is a creative force herself – she’s incredibly thoughtful and intuitive. She has also encouraged, inspired, co-strateg-er-ized (which is not even close to being a real word) and generally helped turn me back right-side-up probably more times than I could ever count. I’ve been very lucky. I’d also like to say that nothing in the universe could ever amaze me more or make me feel more fortunate than our magnificent daughter Lulu.