We had the good fortune of connecting with Adam Schmidt and we’ve shared our conversation below.

Hi Adam, is there something that you feel is most responsible for your success?
My name is Adam Schmidt, and I am a filmscore mixer and recording engineer based out Los Angeles. So there are many factors that take place in being a freelance mixing engineer, but one of the main things I value in my career is being able to build teams and working relationships with clients over the years. No matter how big or small the project is that I am hired for, I always give 100%. My work is being reflected on the clients art, so it needs to be the best possible. When having these working relationships with clients, the overall final product becomes better and better over time. Just workflow in general becomes smoother and faster, which is very valuable under stressful deadlines. Every client is different, but over time I know the general things that each client will expect. Also having a great line of communication is everything. When doing large recording sessions they need to be able to trust me so I am basically in the background doing my thing, while they are trying to get the best performance possible out of the orchestra. These are ver expensive sessions, so every minute counts. When the composers, directors, and producers are sitting with me, I feel it is very important to have the best attitude possible, and actually try and make it a fun experience for them. The composers have been writing the music for months and the they should be able to sit with me and hear there music come to life and enjoy it. Stressful situations will always occur, but I always strive to problem solve and get the best results possible. Another big factor as a engineer, is being able to handle large sessions and track count. Over the years I have developed my own organization to make my starting template a fast process. Being able to work fast and deliver properly is everything. You have to be able to get the final product delivered and hit deadlines. I have to remember at all times that it it not my music. The composer has been working directly with the director and producers, writing to picture, and thats what has been approved. So my job is to make the music sound as best as possible to the composers liking. So sometimes I have to take a step back and make sure that I don’t get to close to the music and remember that it needs to work within the film. 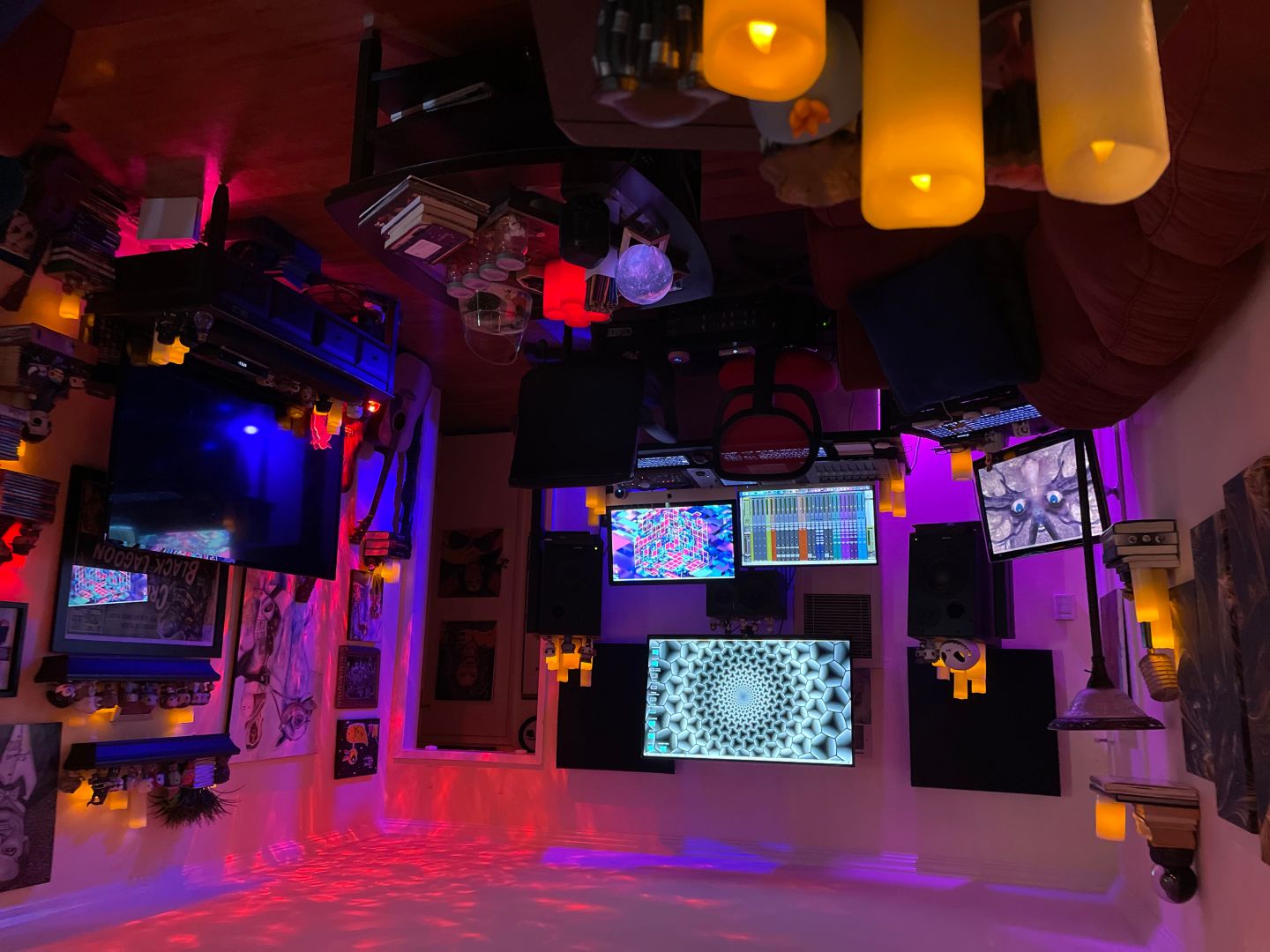 Let’s talk shop? Tell us more about your career, what can you share with our community?
I grew up in Murrieta, CA and lived there till I was 26. Funny enough growing up in Murrieta all my jobs had something to do with the movie industry. My first job was at a video store, then I worked at a movie theater where I became a projectionist. I worked as a projectionist for about 5 1/2 years before making the move to LA. During my time as a projectionist, I was playing guitar in a band. That is how I started getting more and more familiar with LA and recording studios. We were playing quite a few shows in the LA area, and I started making friends and meeting a lot of people. It was one point when we were recording an EP in San Diego where I noticed I was getting more and more interested in audio recording and mixing. When the band finally broke up, I knew at that point that I wanted to pursue engineering. So I kept working as a projectionist while going to a junior college audio program. Also at this time, I was already buying home gear and practicing mixing on my own time so I was learning the basics. So at this point, I was already interested in becoming a Film score mixer. I have always been obsessed with film scores for as long as I could remember. The awesome thing about projection is I could always go in and out of theater and studio and listen to the surroundings. I remember starting movies after we closed and going into theaters and just listening and cranking up the volume, haha. That is when I knew I was hooked on trying to pursue a career as a film score mixer/recordist. So after I did my little junior college audio program, I decided to move to LA and go to the Los Angeles Recording school. That was only about a year program, but I busted my butt and the career advisor department got me an internship right out of school, interning for Hans Zimmer at his facility in Santa Monica called “Remote Control Productions. So I was an intern for about six months, doing all of the intern duties. Making coffee, getting food, cleaning, all of that fun stuff. I was very fortunate though because I got to be around some of the best composers in the world, and I was able to shadow and eventually assist Alan Meyerson. He is Han’s main engineer, among many many more. So after assisting for a while, I moved into being a sampling recording/ mixing engineer, where we would record and mix Han’s personal sample libraries. During this time, I was also starting to get freelance work on my own outside of Remote Control. So I made the leap in 2013 to go out on my own and be a freelance film score mixer, that I am today. It was definitely not a smooth road, but I am grateful for everything I learned, and I feel that I am ready for anything now. I feel I can handle stress, people, and all personalities in any given situation. The hardest thing for me was definitely Remote Control but in a good way. There were so many A list people coming thru there that it was a little intimating and overwhelming at times. Also, money was very tight, especially being a non paid intern for a while. I remember at on point I actually didn’t have an address. Composers, friends, and even Hans were letting me stay at places and help me out, which I was so grateful for. I also spent quite a but of time just sleeping at the studio. It was very intense for me when I was an assistant engineer, still learning and working on some seriously big projects at a time. You also don’t get much sleep haha, but that’s the way post-production always is. Also, I am not complaining at all, and all of us have to go thru something like this when you start out. So I am a film score mixing and recording engineer. Basically, I enhance everything and capture the recordings when we record. So I will set up all the microphones when recording anything from soloists to a full 100 piece orchestra. Just depends on the project. Then when it comes to mixing, I have all the files that composer has written, and we take the live recordings and enhance everything and make it sound cinematic. Also, I mainly mix in surround to translate to the movie theaters and home.

If you had a friend visiting you, what are some of the local spots you’d want to take them around to?
I would absolutely spend most of it at the beach. Going thru Venice to Santa Monica and thru Malibu. Lot’s of restaurants, bars, activities, and great site seeing. 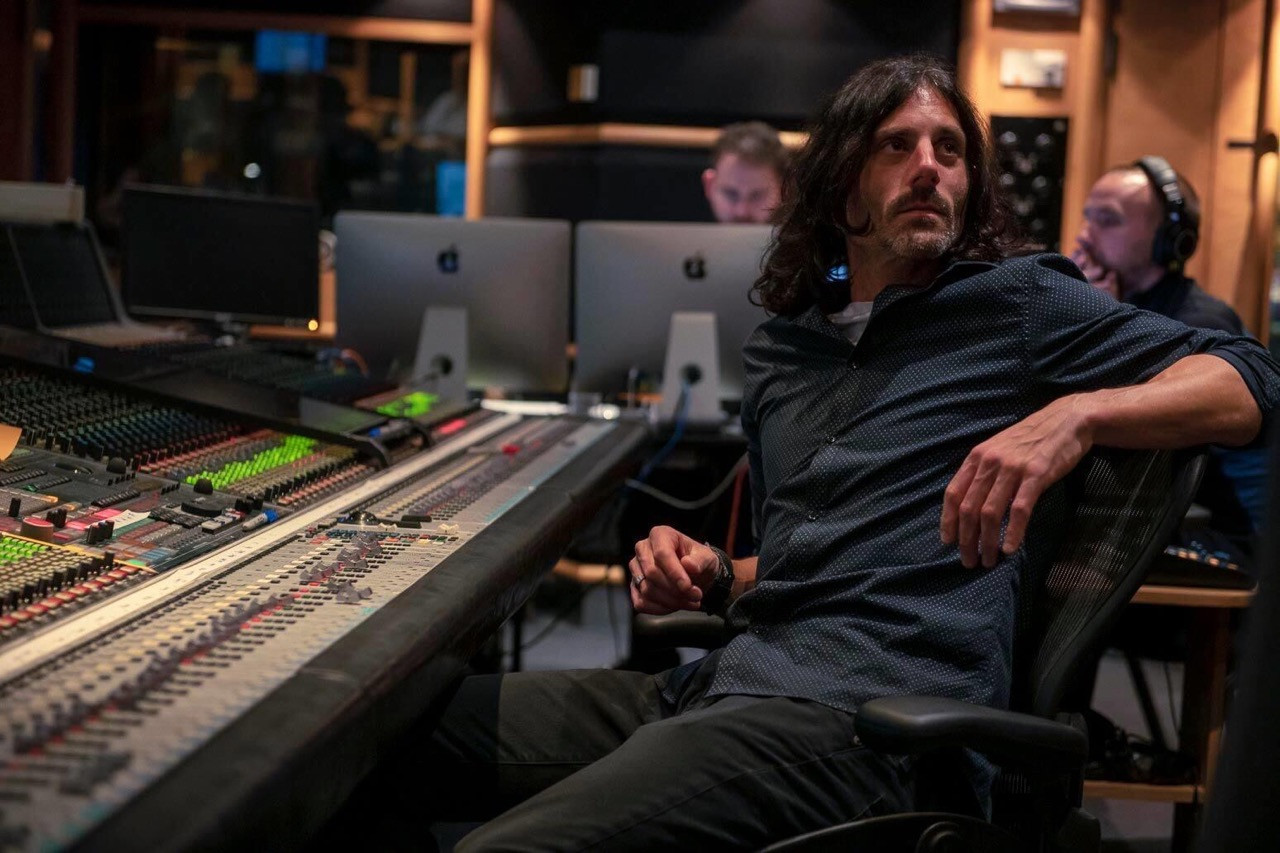 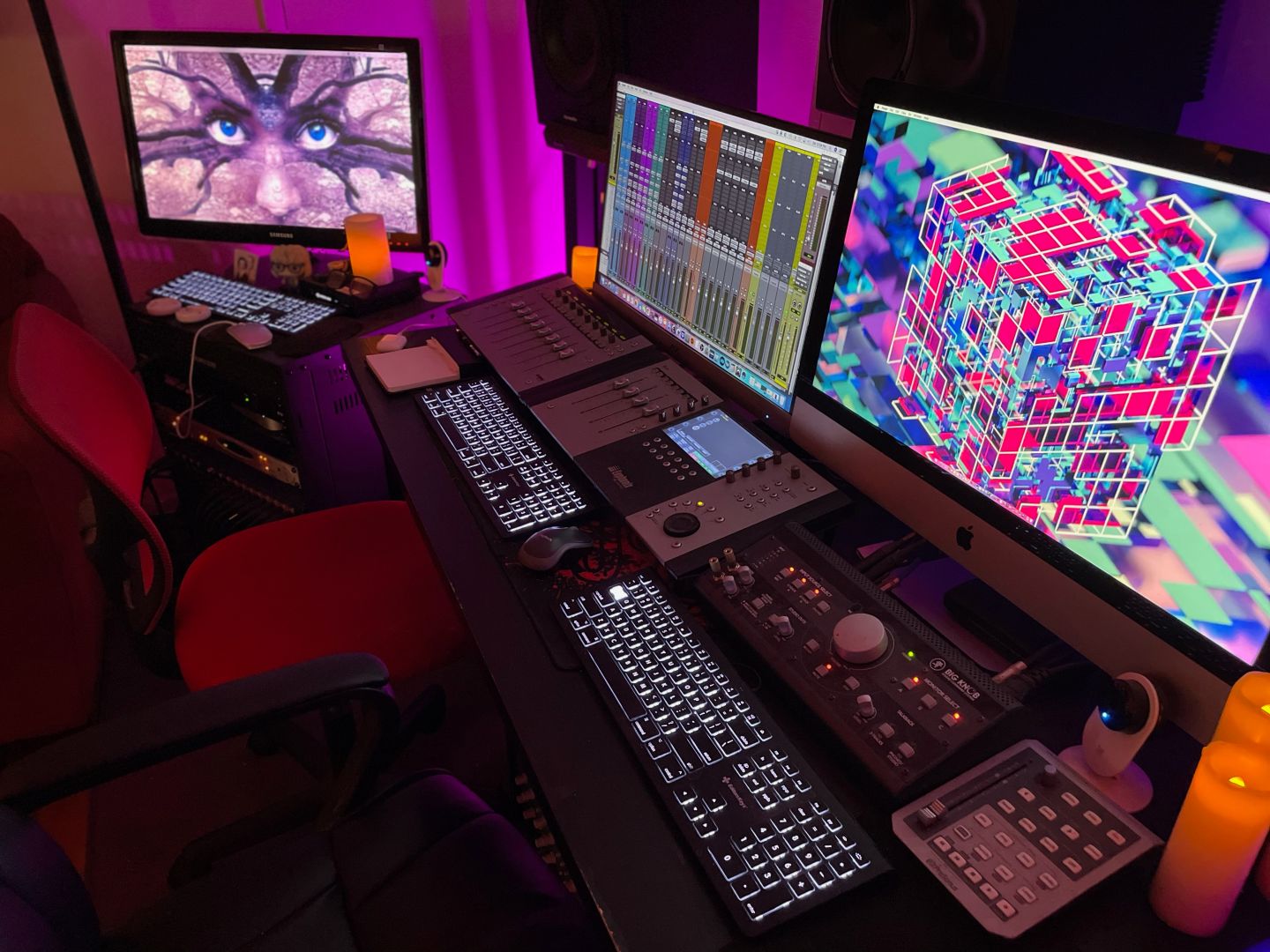 Shoutout is all about shouting out others who you feel deserve additional recognition and exposure. Who would you like to shoutout?
Here is a shoutout to some of the amazing composers I have had the pleasure of working with over the years Jonathan Hartman, Chris Thomas, Anne Dern, Sam Estes, Andrew Skrabutenas, Erick DeVore, Rene G. Boscio, Jacob Yoffee, Navid Hejazi, Phill Boucher, Ramin Kousha, John Paesano, Wlad Marhulets, Nima Fakhrara, Julian Cisneros, Oliver Goodwill, and Alies Sluiter Also a shoutout to my fellow engineers that I have been around Alan Meyerson Slamm Andrews Phil McGowan Jason La Rocca Satoshi Mark Noguchi Tim Starnes