We had the good fortune of connecting with Alicia Doyle and we’ve shared our conversation below.

Hi Alicia, is your business focused on helping the community? If so, how?
My first book, Fighting Chance, has had a tremendous positive impact since it was published in February of 2020, just one month after Covid changed the world as we know it. Before the pandemic forced people into social isolation, I had scheduled book signings and speaking appearances, all of which were cancelled.

At first, I worried about my decision to publish during such an unprecedented time in history. But as the days and weeks went on, it became clear that I made the perfect decision. I’ve been told by many that my book is a source of strength and inspiration, especially in today’s climate of fear and uncertainty.

One reader stated that my book “is a light that’s even more needed now, considering the added emotional troubles youth and adults in our country and around the world have had to endure since the pandemic began.” Another reader stated that “Fighting Chance is all about the game of life and it shows how stepping outside of one’s comfort zone, however difficult and challenging it may be, can lead to victory and self-discovery in ways you never dreamed possible.” Another reviewer wrote: “The tale is raw, revealing, deep and hopeful in ways that bring to mind Maya Angelou’s book, I Know Why the Caged Bird Sings.”

In February of 2021, Fighting Chance received First Place in Creative Nonfiction in the North Street Book Prize Winning Writers Competition. This incredible honor confirmed that the wisdom in my book is needed now more than ever, with one judge stating: “During this difficult year, we were happy to read an upbeat account of endurance and empowerment.” 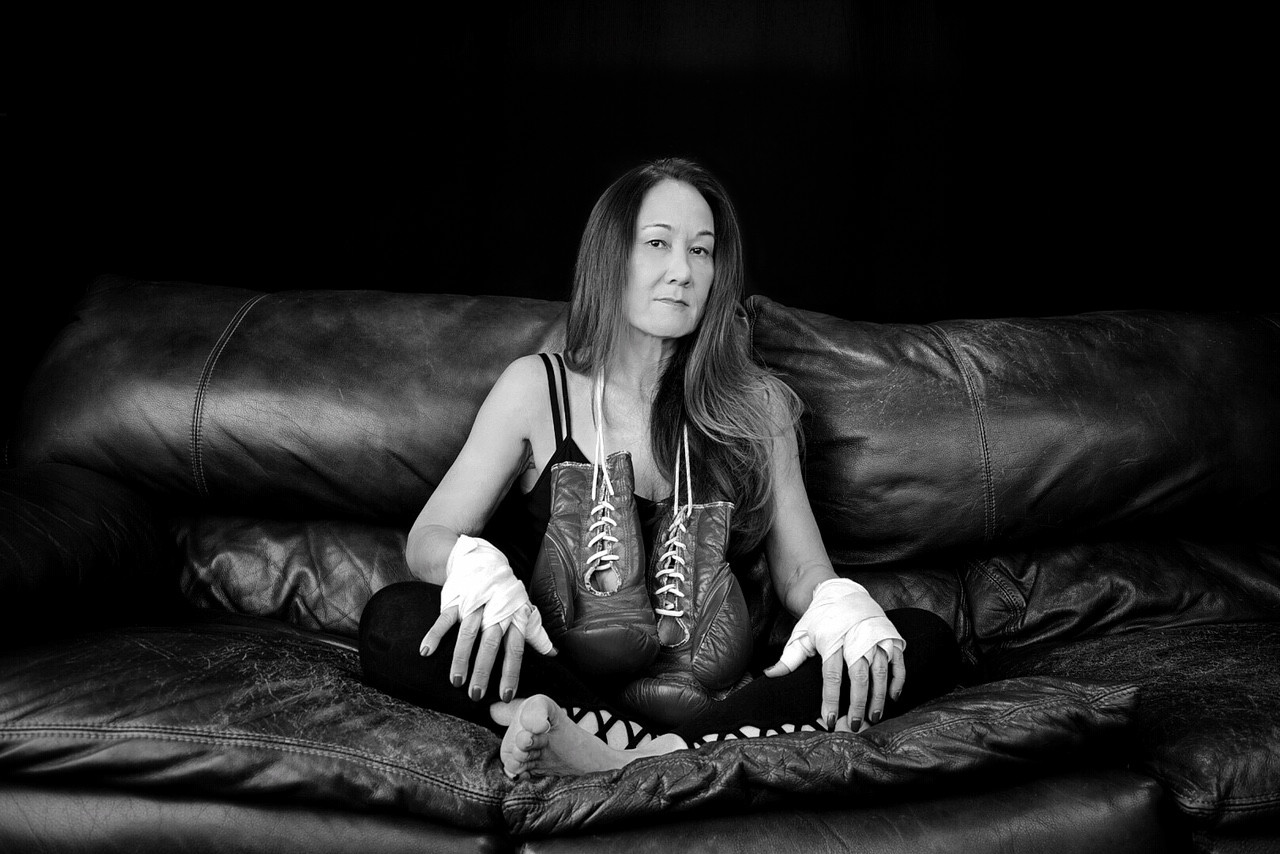 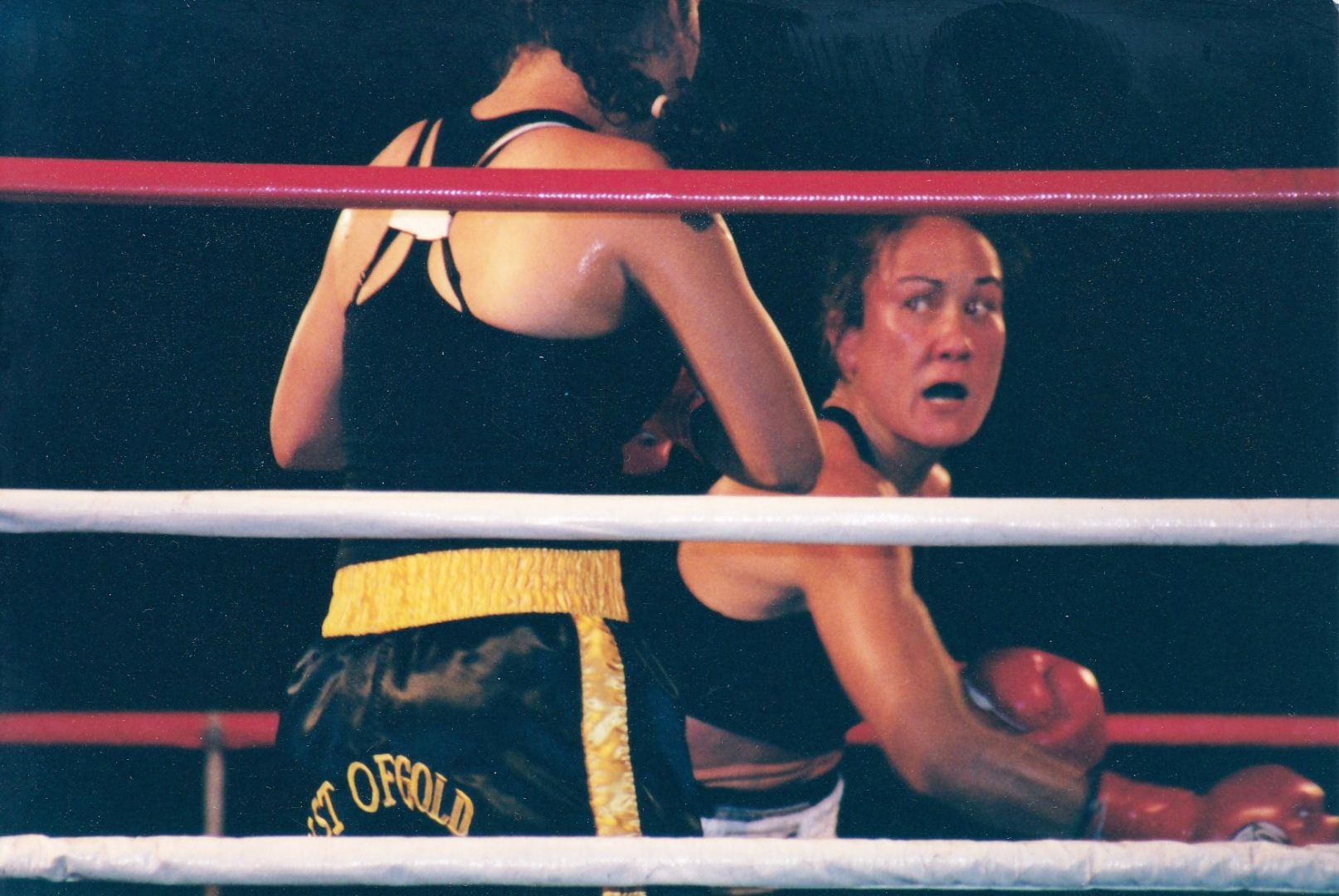 Can you open up a bit about your work and career? We’re big fans and we’d love for our community to learn more about your work.
Before I started boxing at age twenty-eight, I viewed the sport as the dark side. My paradigm shifted in 1998 when I worked as a newspaper journalist and went on assignment at a boxing gym that served at-risk youth. While reporting this story, I fell in love with boxing, and for the next two years, fought competitively as one of only a few hundred women in America in this male-dominated sport. I earned my ring name—“Disaster Diva”—early on in the game for winning two Golden Gloves Championship titles and three wins by knockout. When I turned pro in 2000, I joined a small group of professional women boxers in the United States, and my pro debut at age thirty earned a place in history as the California Female Fight of the Year.

In the boxing gym, surrounded by men, I broke out of my comfort zone to earn respect for my athletic ability. This task required stripping away my femininity and the insecurities associated with being a woman in their world. I shed blood, sweat and tears alongside them, and worked twice as hard to prove myself before they accepted me as one of their own. The point is—and this is necessary to understand the difference between male and female fighters—in the boxing ring, men take for granted they are men. Women never forget they are women in this masculine space where femininity and fighting is a paradox.

Boxing is described as a noble art of self-defense, the sweet science, a channel for courage, determination and self-discipline. Boxing combines athleticism with skill, strength and artistry, and those who stay with boxing learn important skills for life: focus, heart and dedication—and how to get up when knocked down. I never expected boxing to infuse my psyche emotionally, spiritually and mentally, and put me on a path toward enlightenment. To this day, the skills I discovered in the ring translate to everyday life. I learned that the fight starts from within—and when faced head-on with conviction, honesty, vulnerability and faith, the battle is sublime. 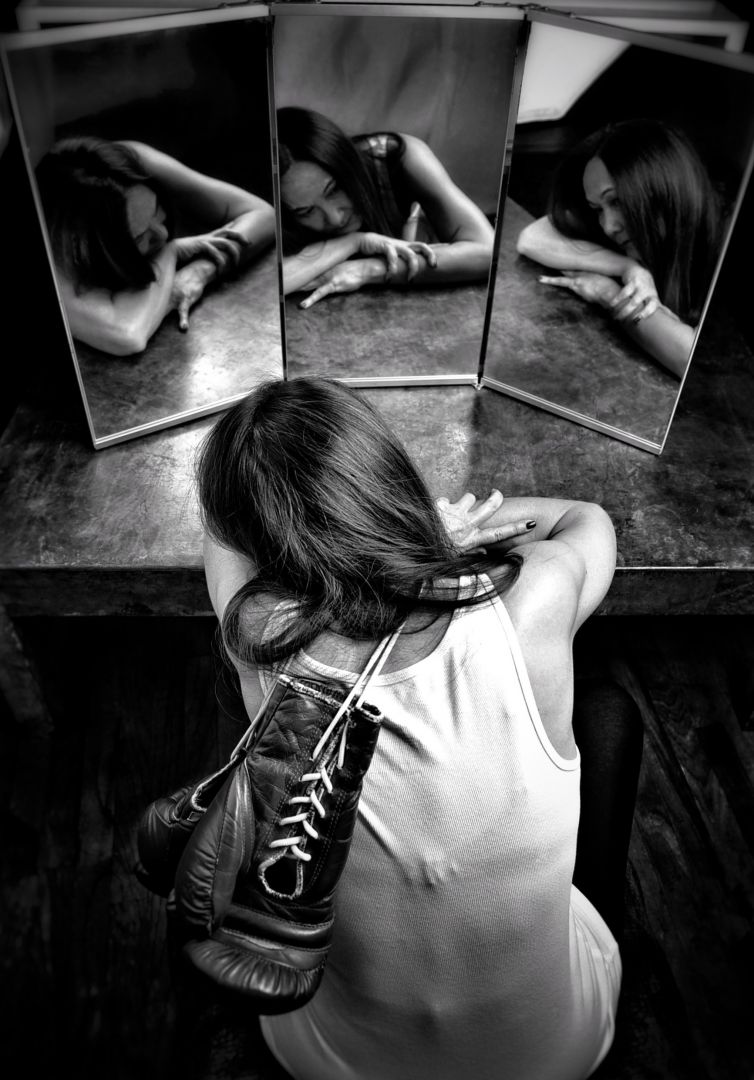 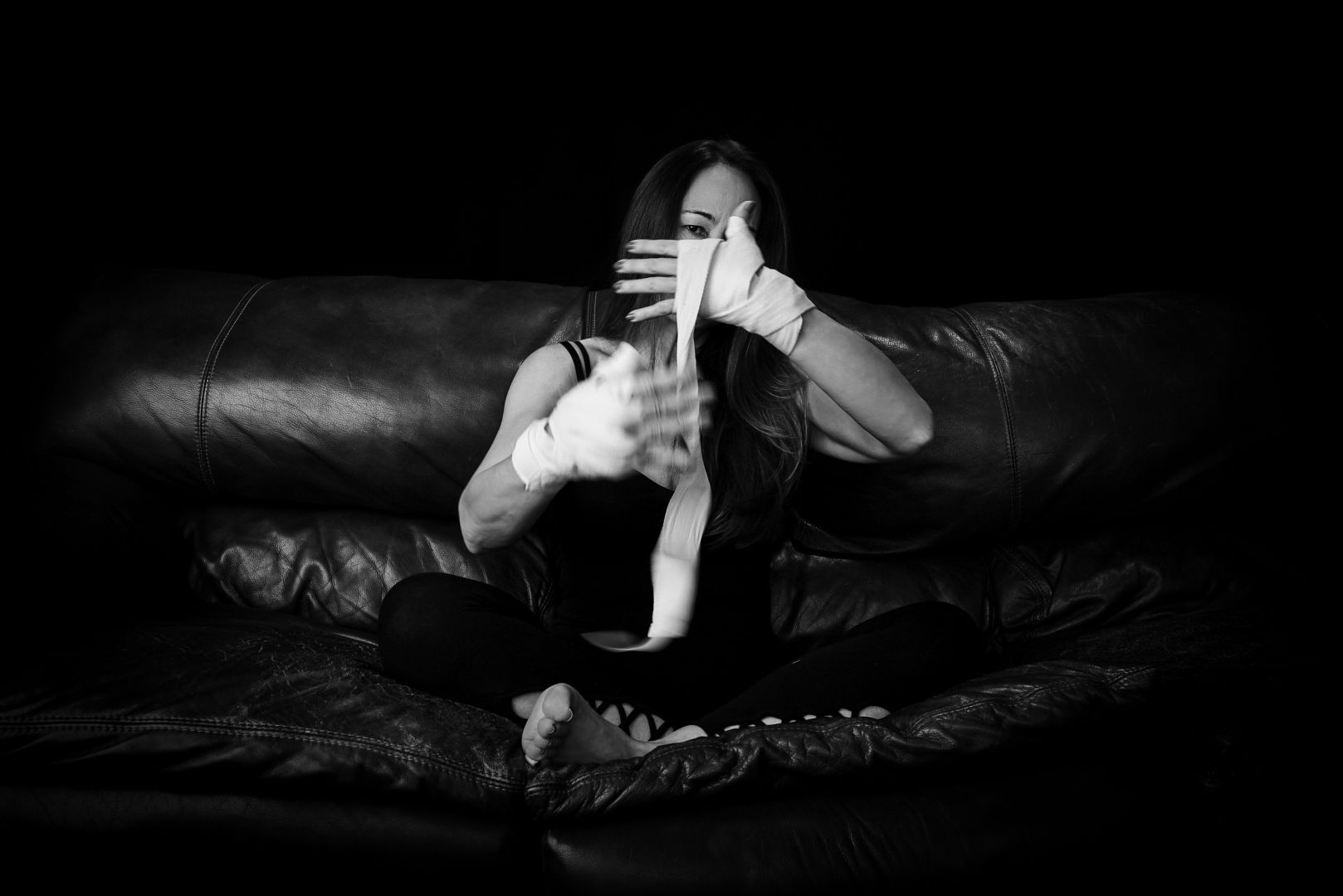 Any places to eat or things to do that you can share with our readers? If they have a friend visiting town, what are some spots they could take them to?
Let’s pretend for a moment that the global pandemic didn’t exist. I live in the City of Ventura in Southern California, located eight miles away from the beach. Ventura is considered a destination spot for tourists and visitors who love my community for its pristine beaches and scenic hiking trails, as well as numerous eateries along Main Street, which is the main hub of my town. My best friend and I would start the day with breakfast at the Harvest Cafe near Main Street, a farm-to-table restaurant that serves the healthiest possible cuisine from local, sustainable and environmentally conscious sources. From there, we’d take a stroll to Surfer’s Knoll Beach, where we’d spend the day lounging in the sun, watching surfers, and swimming in the ocean. At lunch time, we’d take a short drive to Ventura Harbor Village, where we’d enjoy food at one of many restaurants (The Greek Mediterranean Steak & Seafood is my favorite!) Then we’d hop on a boat to take us to the nearby Channel Islands for whale watching. 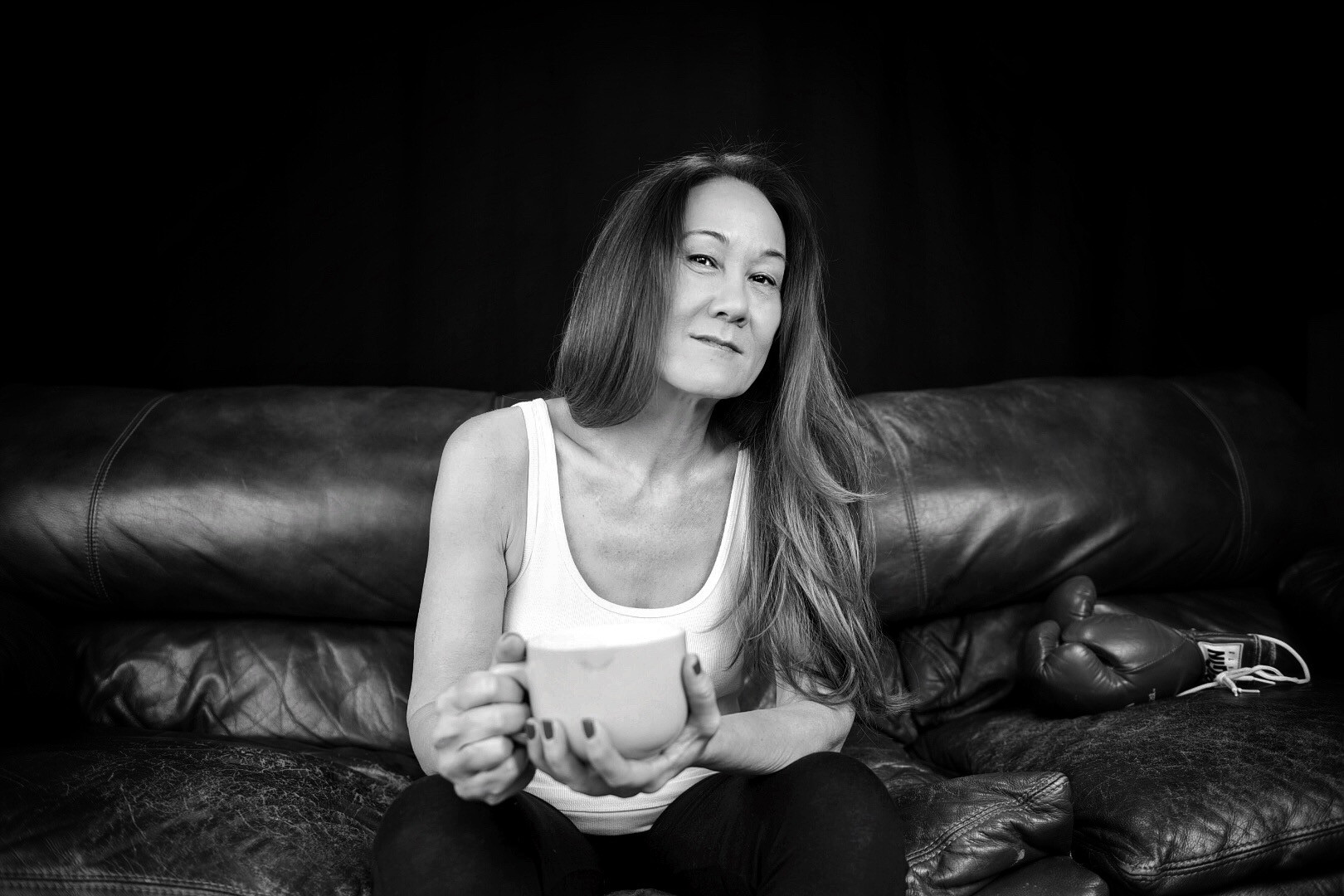 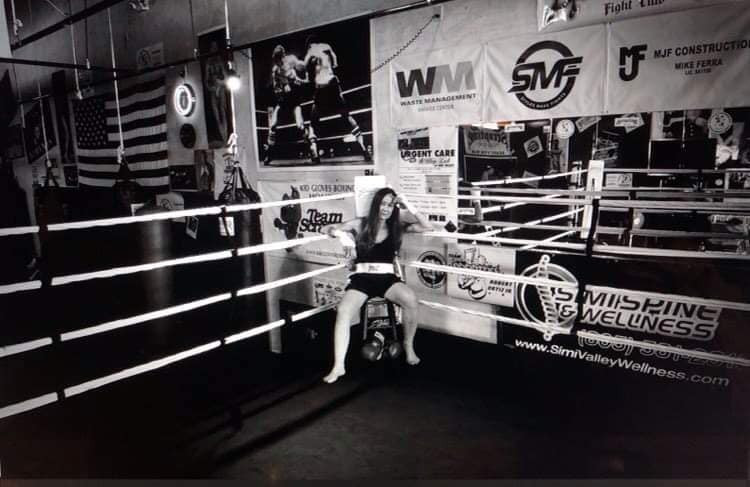 Who else deserves some credit and recognition?
Where do I begin when it comes to thanking all the people who made my book possible? There are so many to acknowledge, the list would be a mini-book in and of itself. My job at the Ventura County Star newspaper is what led to my assignment at Kid Gloves, the boxing gym for at-risk youth where I fell in love with boxing. Robert Ortiz, owner of Kid Gloves, inspired me from the start with what he taught the kids: ABCs backwards – Conceive, Believe, Achieve.

Through Robert, I met the most amazing coaches, trainers and cornermen, including Danny Ortiz, Robert “Scrappy” Ortiz, Ron Kinney, Rich Riley, Jim Carper, Deon Lyons and Randy Shields; as well as Stan Ward, who is known in the boxing world as “Coach” and was like a father to me.

I must give credit to the amazing women – my competitors – who gave their heart and soul to boxing and stepped in the ring with me. Especially Layla McCarter, who almost knocked me out during my first exhibition match, and later worked my corner during the National Blue & Gold tournament. Other incredible women who inspired me along the way include Gwen Adair, the first female boxing referee in history, who officiated my exhibition match in the San Fernando Valley; and Diane Elizabeth Huntington Loring, the founder of Women Involved in Sports Evolution.

Others who made this book possible include rock star journalist Ivor Davis, a best-selling author and boxing fan. Ivor introduced me to Jose Ramirez of Pendernales Publishing, who helped me put together all the intricate pieces of this memoir and bring it to fruition. The keen eye of Flo Selfman, owner of Words á la Mode, made sure my novel flowed smoothly. Photographer Kathy Cruts, who shot my book cover, is a genius who came up with a visual concept that conveys vulnerability, solitude and strength. 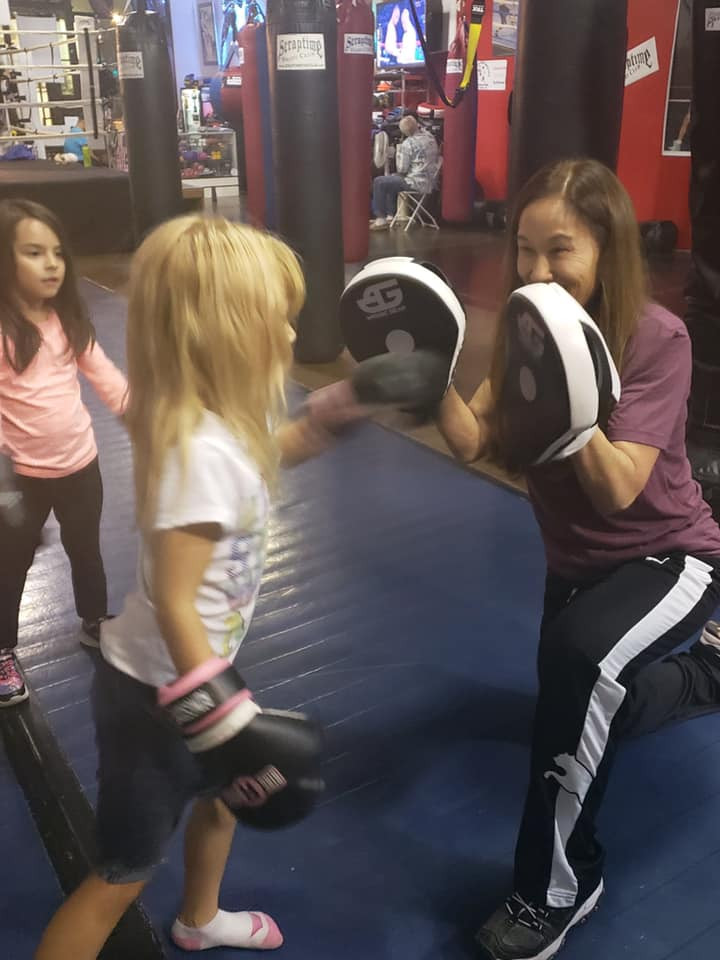