We had the good fortune of connecting with Andy Marshall and we’ve shared our conversation below.

Hi Andy, can you tell us about an impactful book you’ve read and why you liked it or what impact it had on you?
In 2005 I played electric guitar in a metalcore band from Phoenix at a time when metalcore bands ruled the land; everywhere you looked there were metalcore bands playing metalcore riffs to metalcore kids. If you ordered a pizza in Phoenix in 2005, there’s a good chance it was delivered by a metalcore band. That summer I found myself touring the Midwest, and along the way we listened to the audiobook of Bob Dylan’s Chronicles: Volume I on CD. I was 19 at the time and the only impression it managed to leave was that Sean Penn narrated it. I didn’t think about it again until I was 25 — the year I decided to quit Pitchfork album reviews in favor of actual books. I found myself back in the arms of Dylan and his Chronicles, where I stumbled upon a line that would change my thinking around, well, everything: “I never thought of songs as ‘good’ or bad’, only different kinds of good ones.”

I nearly fell out of my beard. How could an artist as enigmatic, stubborn, and prolific as Bob Dylan think that not only are there no good or bad songs, but that we’re practically drowning in different kinds of good ones? Surely, parsing good from bad was integral not only to the craft of songwriting, but creativity in general? It was only in asking these questions that I realized how asinine they were – Dylan was an artist who created his own worlds with their own rules, subject to change at any moment for no apparent reason whatsoever, and we loved him for it. Why couldn’t every song, in some way, be good?

As a producer, much of the music I listen to inevitably belongs to the people I work with. Often, their songs are brought to me as sketches: incomplete, unrealized, too busy or too sparse, and most essentially, lacking the emotional punch the artist felt when they wrote it and the emotion I want to feel when I hear it. My job, as I see it, is to find and amplify what makes their song tick. And not long after reading Chronicles, I began to realize how important Dylan’s ethos was here: if I were to continue to judge songs as good or bad when listening recreationally, would I be able to leave that judgment at the door when an artist showed me their work? More specifically, what kind of producer am I if I can’t find something to like in every song I hear? To ignore the truth of what I’d read would be to limit not only what I could potentially appreciate recreationally, but also who I could collaborate with professionally. So I bought into Dylan’s words and to my delight, actually started finding things to like in every song I heard. Even in songs that didn’t particularly align with my tastes, there were sounds that tickled my ear; a lyric, a chord progression, a groove, a performance, or just simply the intention.

Life is much simpler now, and trusting I’ll find some nugget of enjoyment out of a song, no matter what, keeps the magic and mystery of the music alive for me. Yes, understanding what you don’t like about a song is important, and identifying what doesn’t work is sometimes the only way to get out of a creative jam. But thanks to Dylan, I know you don’t have to stay there. Now I am in the business of serving the song, of honoring the intentions of the artist, and above all, of liking. 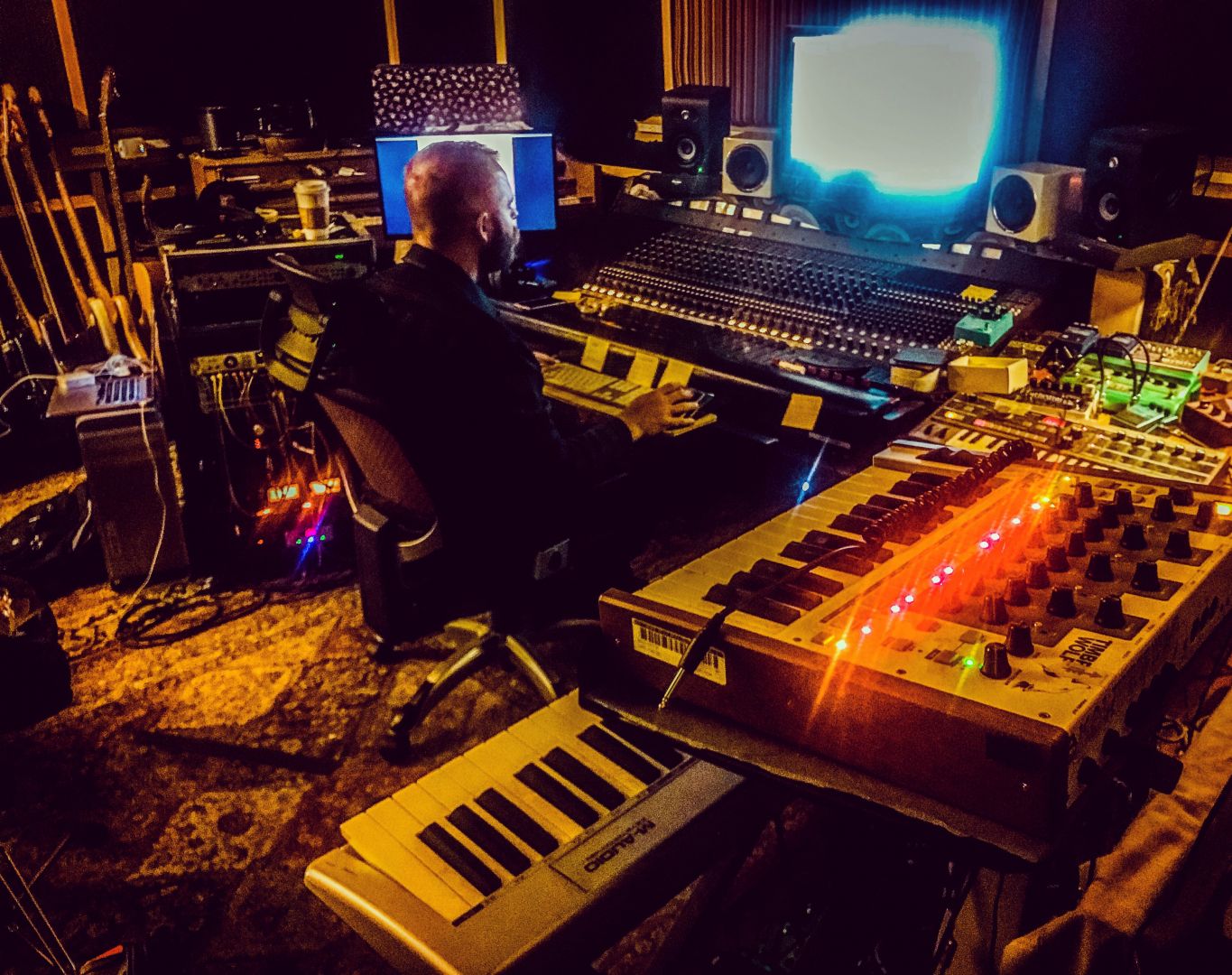 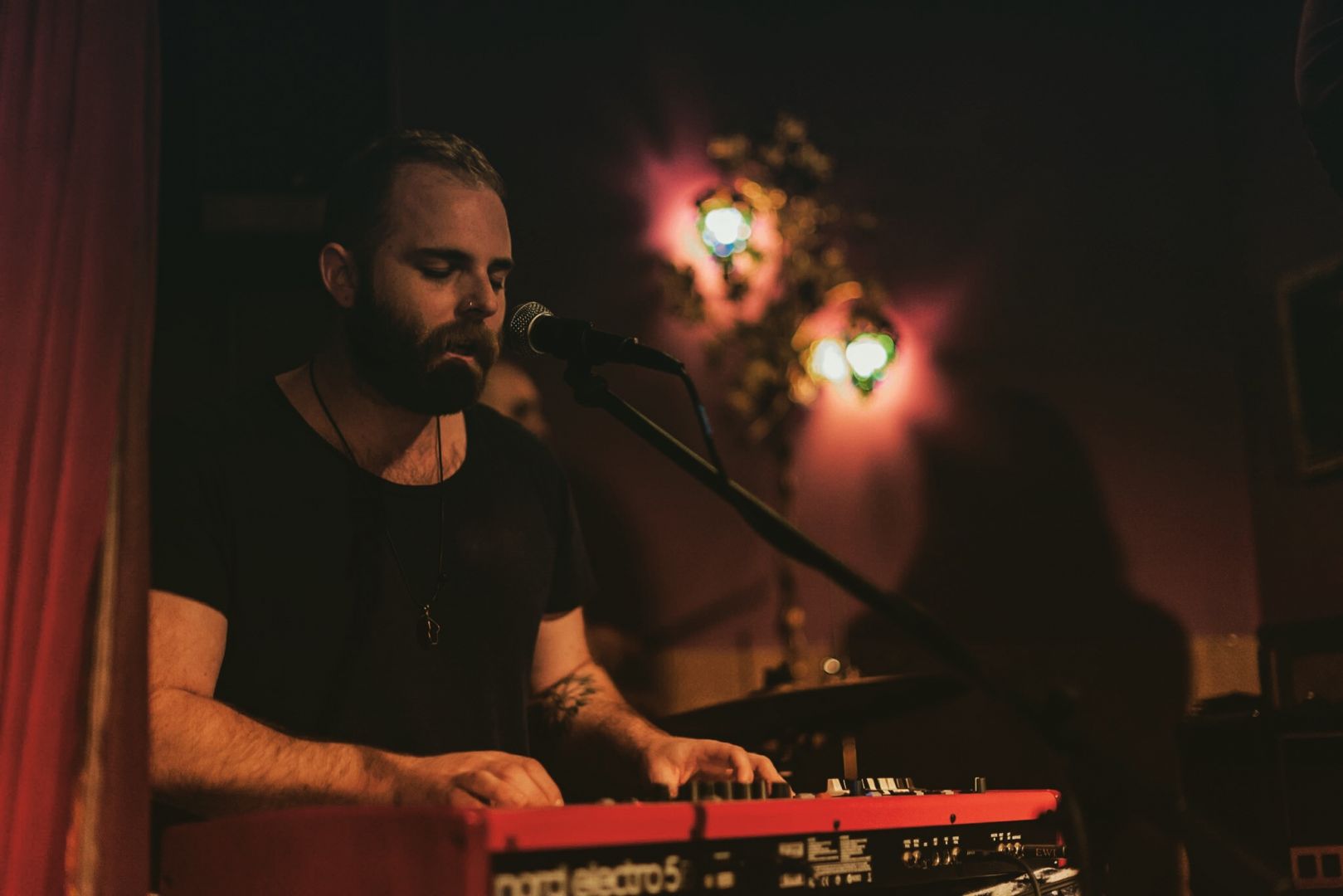 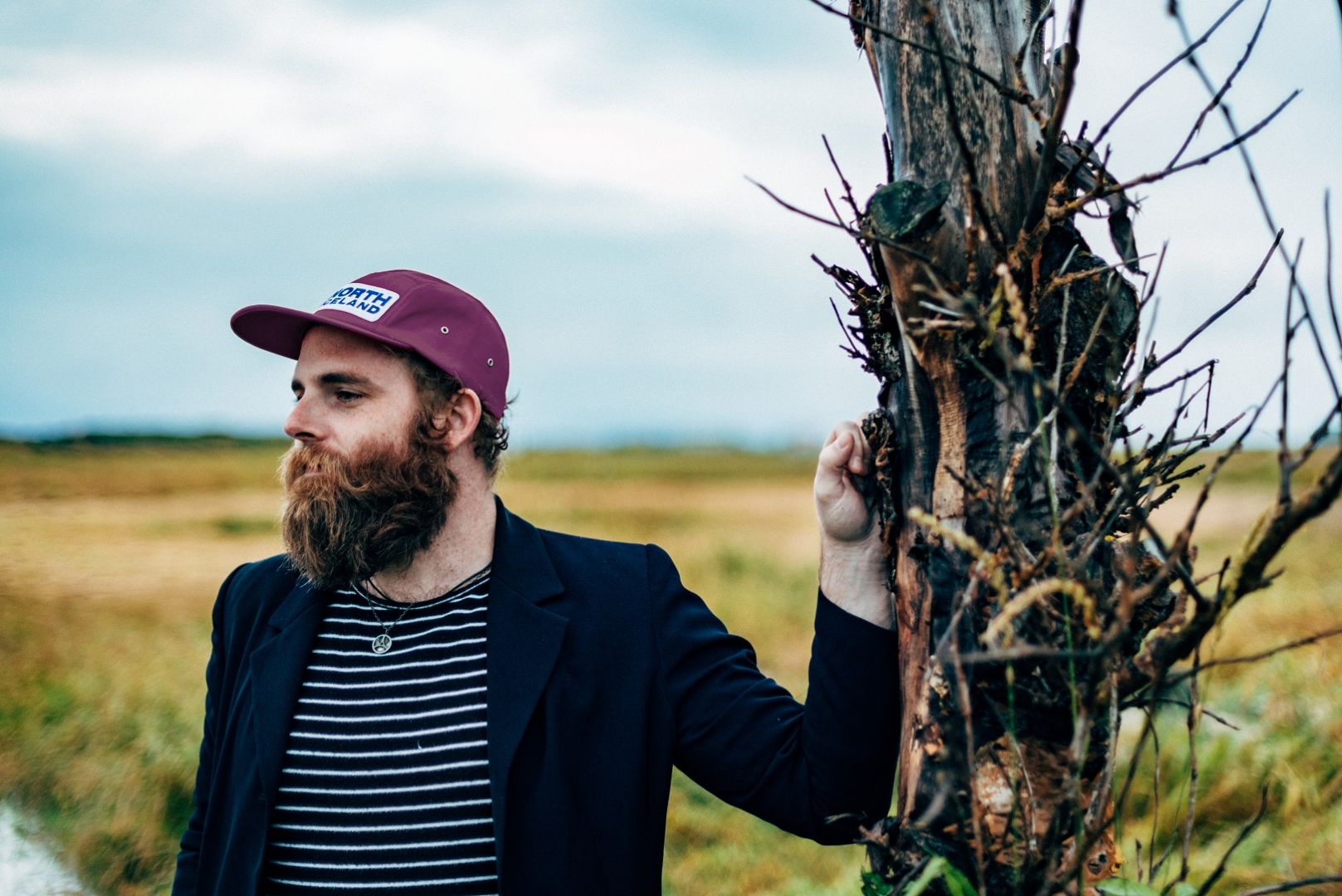 Let’s talk shop? Tell us more about your career, what can you share with our community?
As a young boy, I would sing along to the oven. The big one in the kitchen. Upon a finished preheat or bake it would emit its digital beeps in a pitch right at the top of my falsetto range, and I began to take immense pleasure in trying to match it. Thankfully, my mom baked enough cookies and frozen pizza that there was ample opportunity for me to improve on whatever the hell it was I thought I was doing. I’m not sure how long it took, but I know by middle school I was nearly pitch perfect with that stove. I was like Celine Deon and the stove a digital Pavarotti. It was a thing of beauty; boy and stove merging to create something more, something deeper and richer than simply what ‘boy’ or ‘stove’ could achieve on their own. I think this is probably where my fascination with music and technology starts.

I have since traded in the family range for another machine, one with the power of 1,000 stoves; the personal computer. Maybe it’s because it’s all I’ve ever known, but I love digital recording. To those of us who have performance anxiety or are not expert musicians or who crumble as soon as that red recording light is on, the flexibility and forgiveness of digital is nothing short of a godsend. You don’t have to know how to play the part you’re about to record – just figure it out along the way! Take as much time as you need! You’re only limited by your patience, motivation, and available hard drive space! You don’t necessarily even have to know how to play the instrument; just jump in there, start noodling, and we’ll figure it out later (the medium of digital recording is a natural fit for an expert procrastinator like me). I’ve been recording myself and others since I was 13 – digital all the way – and at 34, have gained a healthy respect and an intimate knowledge of the process. To abuse the freedom of digital in pursuit of perfection is sacrilege, but to wield it as a force for good in pursuit of making the best music possible is simply divine.

To those of you who don’t have a clue about what I’m saying, all you need to know is that I feel like the luckiest guy in the world; coming of age as a producer in the 21st century has put me at an intersection of art and technology only few of my predecessors could dream of. I’d like to think I am tailor made for these times.

For the record, my mom is a wonderful cook whose culinary gifts extend well beyond cookies and frozen pizza.

Any places to eat or things to do that you can share with our readers? If they have a friend visiting town, what are some spots they could take them to?
First of all, I’d make sure this friend is vaccinated (health permitting) and brings plenty of masks. Assuming there is no debate on that, here’s our itinerary:

If they fly into Burbank and are hungry, we are stopping at Pinnochio on Magnolia for fast Italian. I would insist they order the eggplant parm and that we sit outside.

If they fly into Burbank and want to imbibe, we are stopping at Tony’s Darts Away on Magnolia. If this friend likes IPA’s, I’d insist on the Green Flash. I’d also insist on sitting outside!

If they are flying into LAX in the afternoon, we are stopping at the famous Dinah’s on Sepulveda for fried chicken to wait for traffic to die down. Great outside seating there too!

If this friend enjoys marijuana, then we are heading to either HHC or Emberz, both in Van Nuys. My friend will be able to enjoy the friendly staff and wide selection and safe COVID protocol.

If we haven’t drunk enough beer yet, we’d then take a Lyft to Macleod’s Brewery in Van Nuys. I would force my friend to try the Deal With the Devil IPA, even if they don’t like IPA’s. And WOW, all that outside seating!

If we are not too full from beer, we’d take another Lyft to Dojo Sushi on Ventura in Sherman Oaks. There is nothing not to like here and at this point I don’t even have to mention their seating arrangements.

We will be hungry the following morning, and I won’t want to cook, so we will order delivery from the best Mexican food in the Valley, Mariscos Corona (they are delivery/take out only at the moment). The huevos a la Mexicana will blow us away.

We are also going to need some caffeine and since this is a weekday, will be able to find a seat outside at M Street Coffee in Sherman Oaks. Here we can pet dogs, get as many shots of espresso as we want, and wolf down pastries.
We’ll then make a last minute decision to catch an afternoon Dodger game. I’ll insist on bleacher seats but will settle for the roomier upper deck. Kershaw will pitch a shutout and Max Muncy will go 4-5 with four homers as they crush the Giants 21-0.

After the game, we will realize that our time together is coming to an end and have room for only one more activity before their flight leaves. Perhaps we catch a couple sets at the Fourth Wall Comedy Cafe in Hollywood? Pick up some tacos at Guisados in Silverlake? Try an artisan cocktail too rich for our blood at Black Market Liquor Bar in Studio City?

Dropping them off at the airport (please be Burbank, friend) I realize how much there is to love about Los Angeles. I notice how easy it is to take for granted given all the traffic and heat and potholes that exist between the amazing places we visited. But that does not matter, because it’s about being in a city packed to the gills with people who love and have passion for whatever it is they do. If you love your friends, let them know by giving the gift of your Los Angeles. 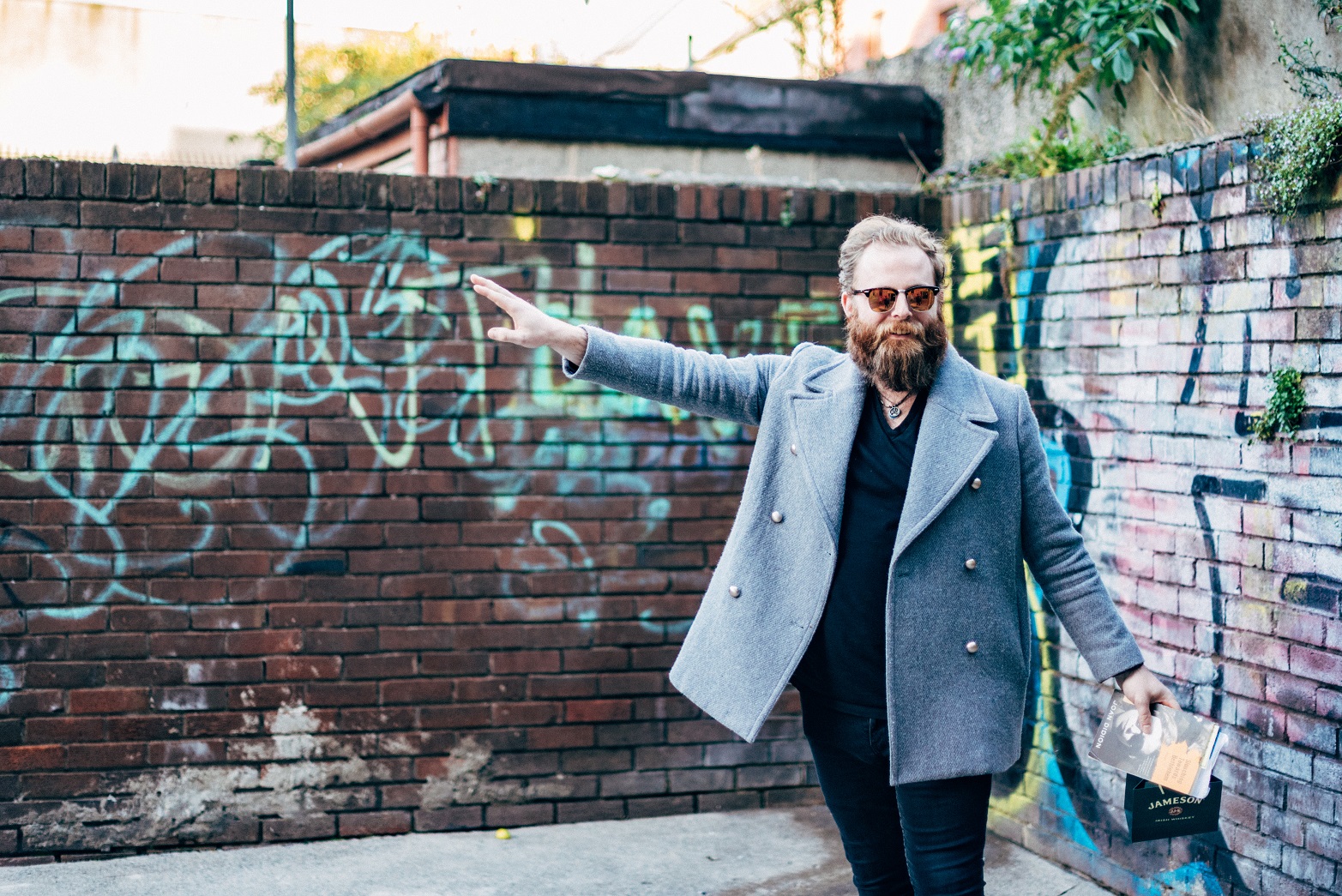 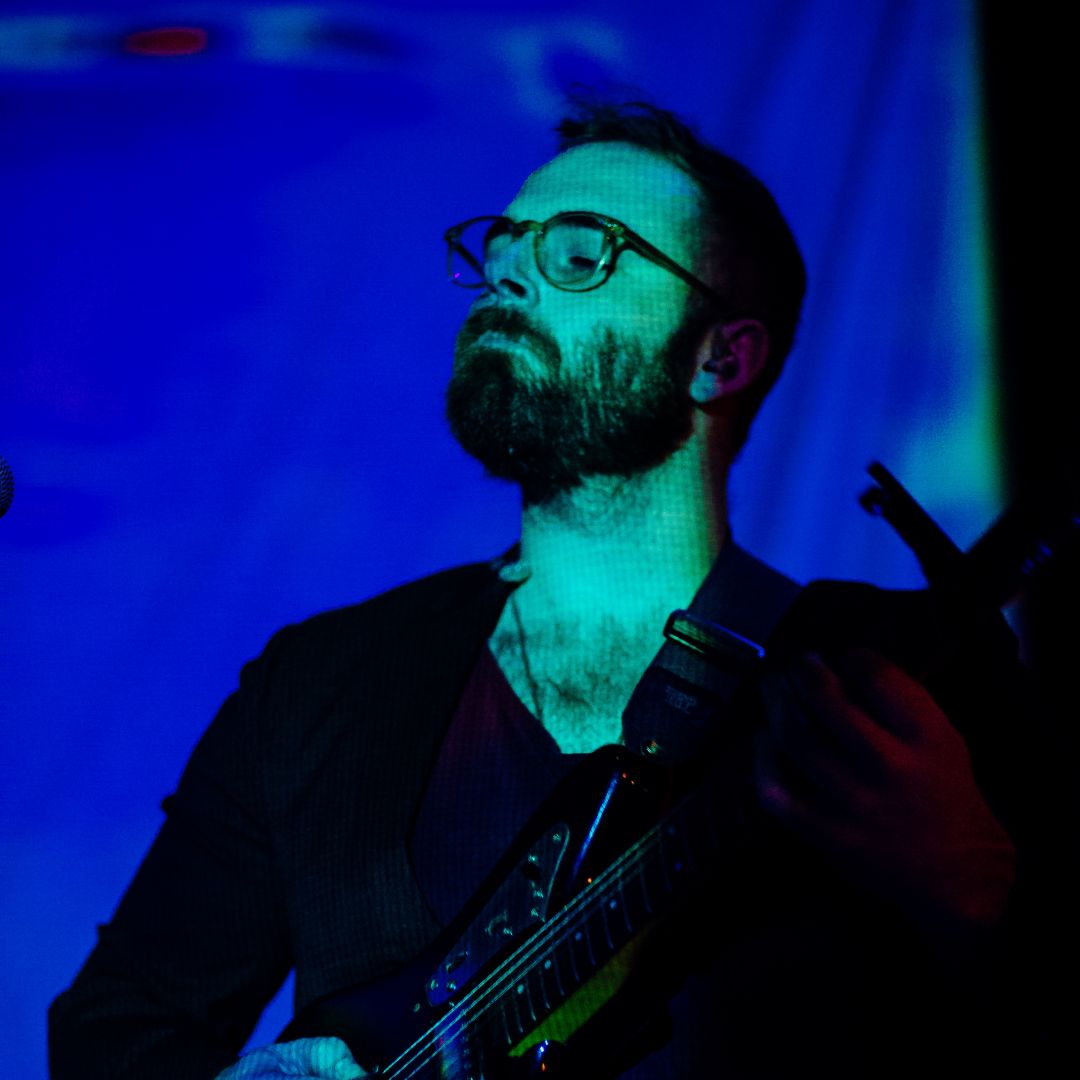 The Shoutout series is all about recognizing that our success and where we are in life is at least somewhat thanks to the efforts, support, mentorship, love and encouragement of others. So is there someone that you want to dedicate your shoutout to?
It makes most sense to shoutout those that literally made me, my parents. I hit the lottery with the amount of love and support they’ve shown me over the years. They gave me enough room to make mistakes and enough room to learn from them. From blocking access to MTV to funding my failed university experiment, there’s never been a doubt that they love and only want the best for me. I am an only child and at 34, have taken immense joy in our growth into a motley trio of loving, imperfect clowns.

Additionally, I am nothing without the people close to me. You know who you are, Cliff, Bryan, Ryan, Dan, Connor, Lindsay, Alex, and Laura. I love you guys.

Other: Music I’ve worked on that you can find on all the streaming services: Magic Jordan My Satellite Resident Peasant The Sleeping Ghost