We had the good fortune of connecting with Venk Potula and we’ve shared our conversation below.

Hi Venk, what do you attribute your success to?
Being ‘unique.’ I’ve been told my whole life I’m unique and I hated it. I didn’t like my dark skin tone, I didn’t like being shorter than every other guy, I didn’t like that people made fun of me for reasons that I didn’t even know. I never wanted to be different. All I wanted was to fit in!

But the cool thing about being different is that you also have a different point of view. And the great thing about being an artist is that you can share that point of view. Being unique and being truthful to that uniqueness gives you something to say. And that counts for a lot. Never be afraid to put yourself out there. You have nothing to lose, ever.

Being self-conscious is just another form of ego and pride manifesting. You are who you are. The facts are the facts. Embrace your weirdness, embrace your vulnerability, and embrace your uniqueness! 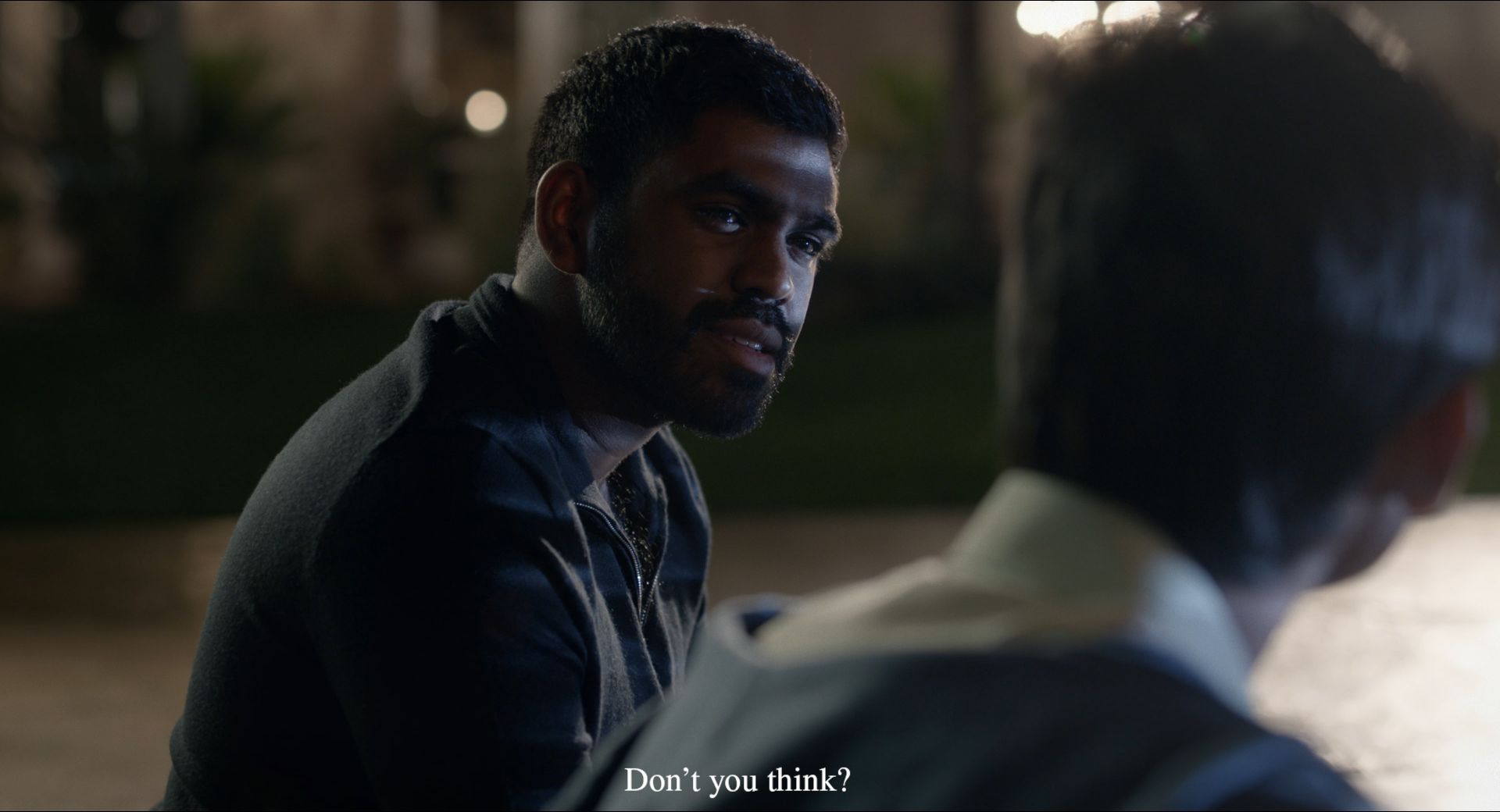 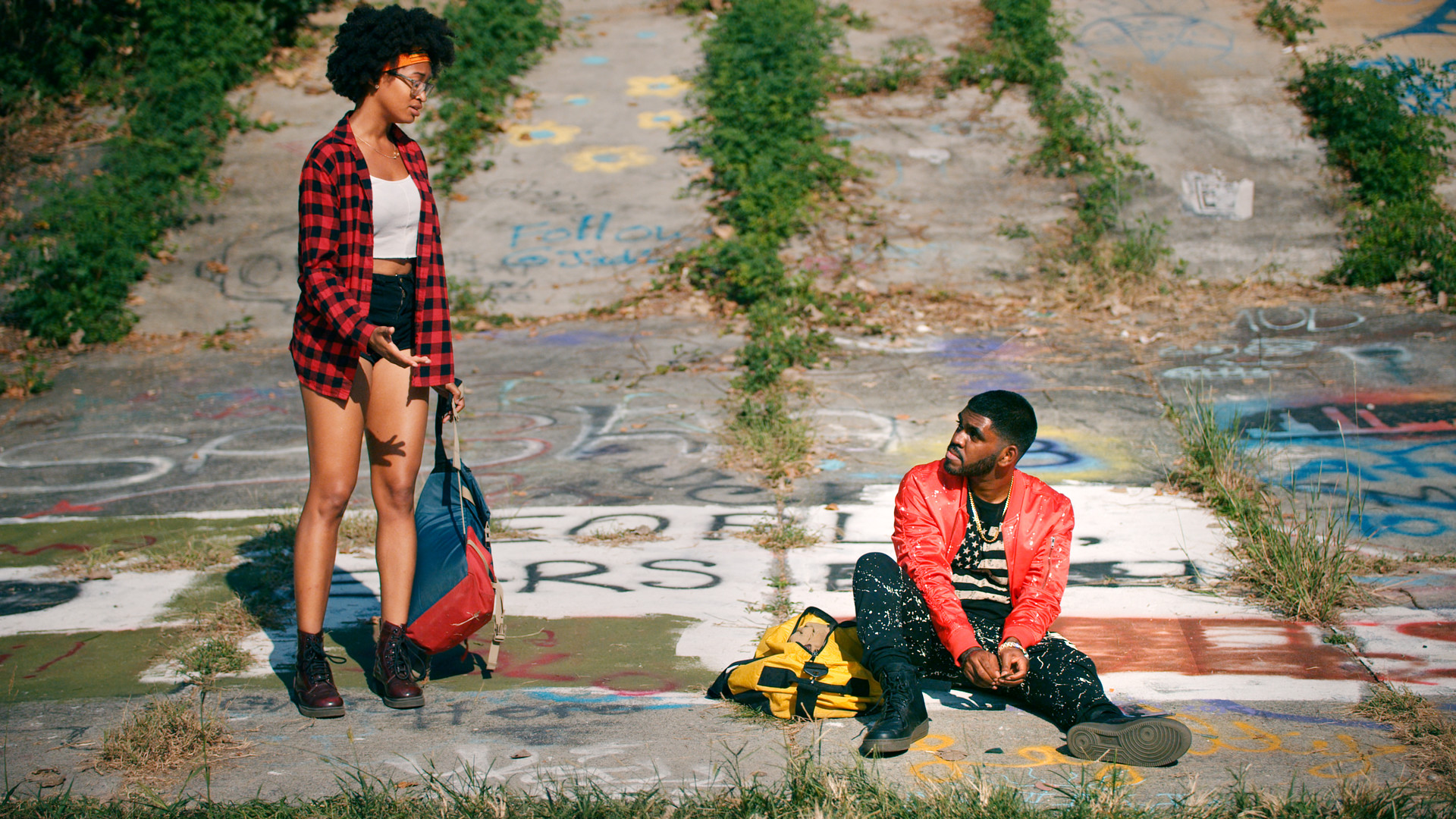 Alright, so let’s move onto what keeps you busy professionally?
I do a lot of things. I’m an actor, producer, director, writer, and entrepreneur. A multi-hyphenate filmmaker is the best phrase I can come up with. What sets me apart is that I’m just as creative as I am a strategist. I’m great at pitching and I love working with writers to find and craft a story. I love making people laugh and I love surprising people. I like catching the audience off guard and I like talking about things that are hard to talk about.

I’m most proud of all of my work. Yes, I’ve gotten better over the years, but I’m still proud of every project I’ve been involved with. There’s no role, no screenplay, no business idea, that I’ve ever regretted being a part of regardless of the results. I am most excited to share Four Samosas, a feature film I produced and acted in.

I remember going to a panel of The Big Sick in 2017 and having the chance to ask Kumail Nanjiani a question. I asked him, “What advice do you have for brown or South-Asian actors?” The first thing he said was “It’s harder for us.” I remember there was a quiet pause in the theater. He said it like it was a fact. “It’s harder for us.” I’ve always known that, but to see someone I respected, to see someone who I looked up to, someone who looked like me just say that out loud in front of the entire theater – I felt a whole mix of emotions. It was depressing, but also inspiring. It especially meant something to me to hear him say that especially since he was the only person of color on the panel. He concluded with saying something along the lines of, “You want to find three-dimensional roles to play.” I thought this was solid advice, but also not incredibly helpful since the roles I was going out for were “waiters” and “uber drivers.” Afterwards, I tried to give him a feature script I had written at the end of the panel which he said he couldn’t take for legal reasons. I understood his reasoning, but left the panel feeling frustrated. More than anything, I couldn’t help but feel so insignificant in that that moment. Powerless. I was angry, but also motivated. I remember thinking “I just gotta make something so they’ll see.”

Casting rooms have not always been kind to me. I’ve been told things that probably shouldn’t be told. I’ve auditioned for roles I wish I never accepted. I always felt obligated because of pressure from agents, but mostly pressure from myself.

It’s certainly not easy when you are also broke. I’m thankful that I had a job during the pandemic. I worked at Chick-Fil-A in East Hollywood. One of the best experiences of my life. But no, it was not easy working a job where your co-workers recognize you from being on television and can’t believe that you “work at Chick-Fil-A.”

No, it’s not easy. And to be honest, anyone who thought it would be easy probably isn’t doing it anymore.

There’s only one way I’ve found to overcome the challenges. Never give up. Never stop trying. Just don’t stop doing it. You can take breaks – sometimes that’s the best way forward – to temporarily stop. But never quit. Do whatever you have to do to keep going. Whatever that means to you – do it. For me, it was getting out of my own way. I kept asking for a sign from the heavens to tell me if I’m doing the right thing or not. But the truth is that’s just another way of saying, “God, tell me why I don’t believe in myself?” Only you can answer that question. Find a way to believe in yourself. You can’t prove it if you don’t believe it first.

I want the world to know that I’m still here, trying. If I can inspire anyone who feels like they can’t do it, if I can convince just one person to just try again, then it’ll always be worth it.

If you had a friend visiting you, what are some of the local spots you’d want to take them around to?
I would take them dancing in Hollywood. I’m a big fan of house music, so the first place we’d go to would be Sound. Then we might check out Exchange LA in Downtown Los Angeles, and then maybe swing by Avalon in Hollywood.

I’d get 800 degrees and check out their Instagram pizza because it’s a great deal. Then, we’d watch a classic movie at The Vista near Los Feliz.

On the weekends, we’d go hiking in Malibu and then get ice cream near the pacific for some good conversation and breeze. And we’d finish off the week at LACMA and I’d show them some South Asian work and share a few stories from the Ramayana. 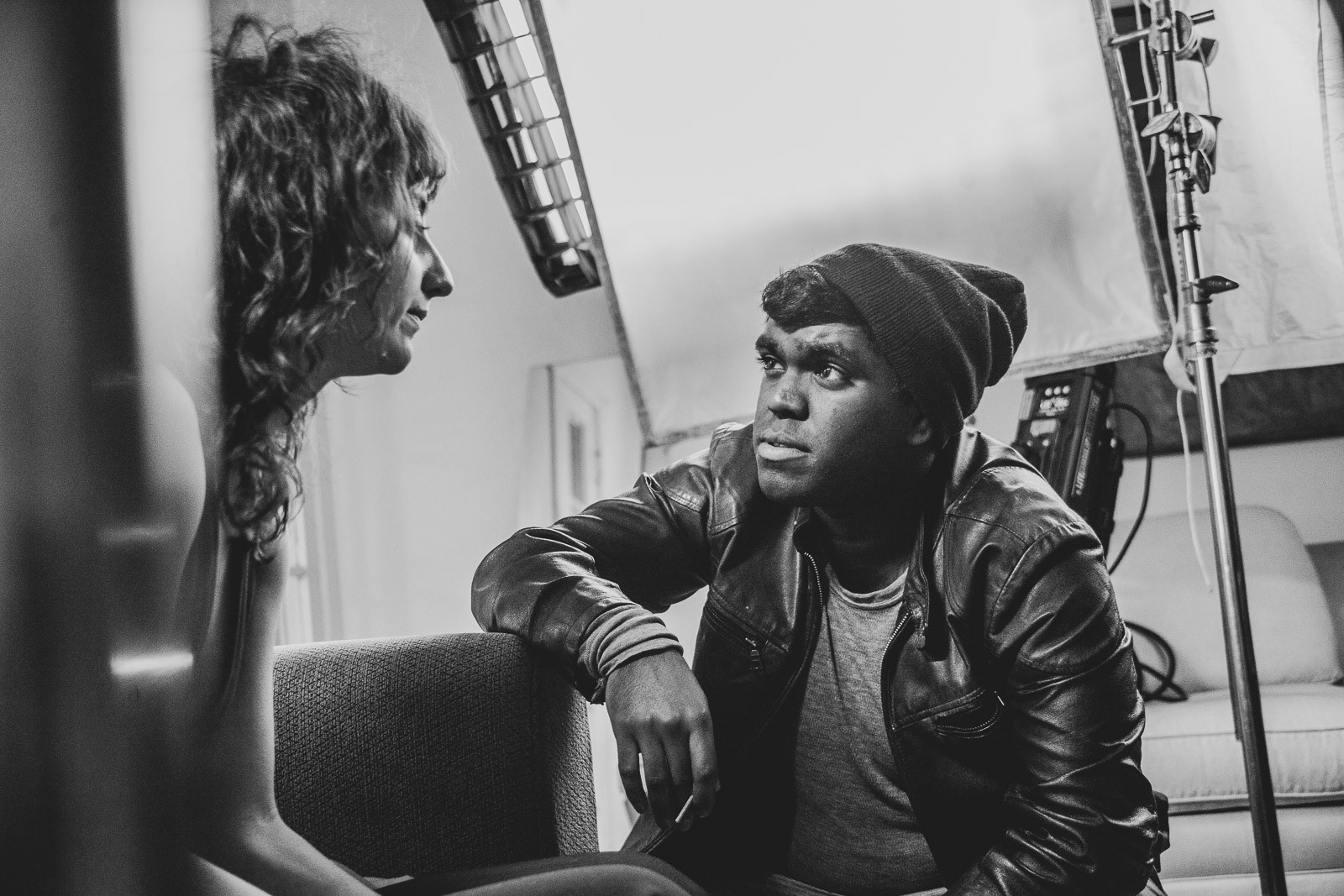 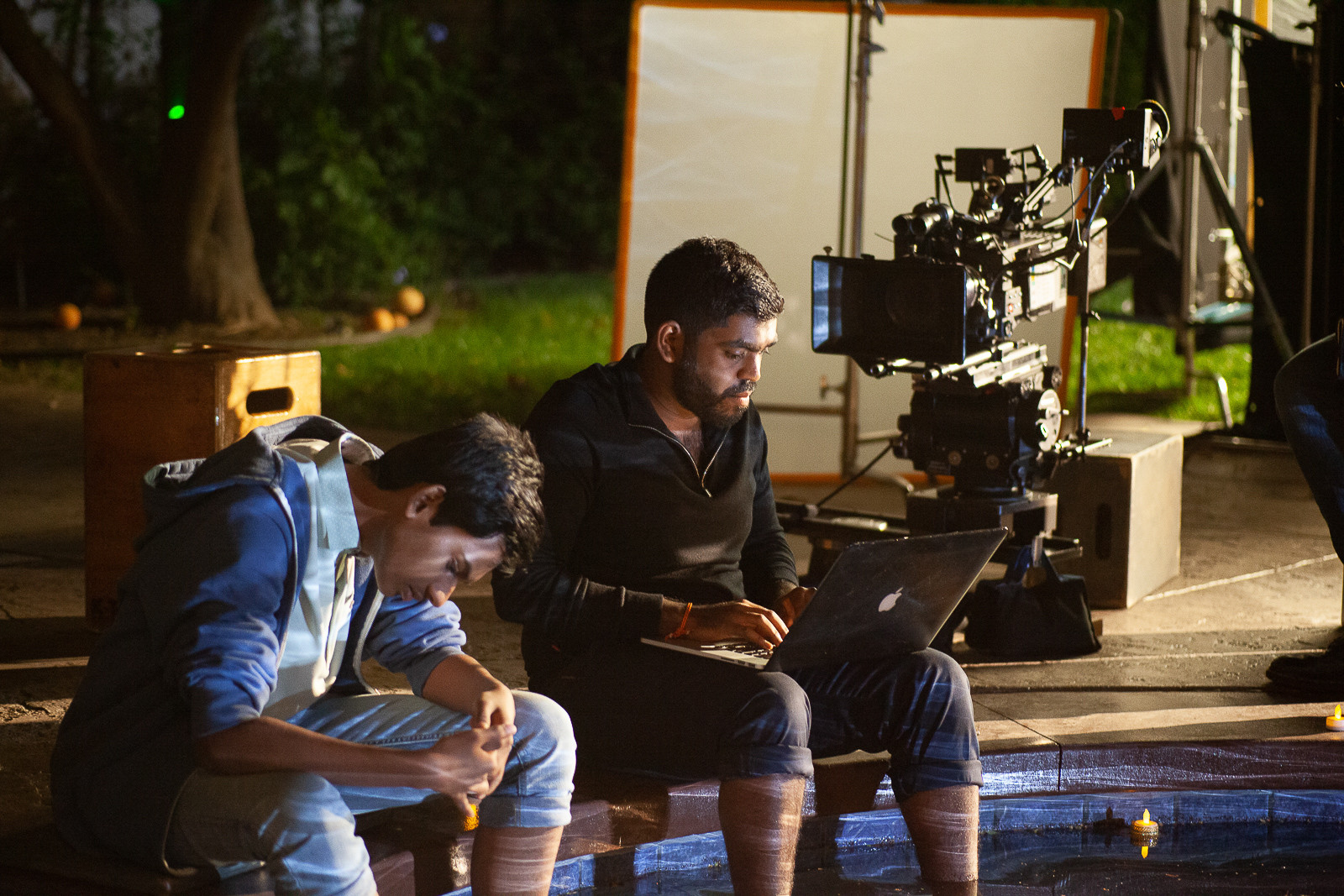 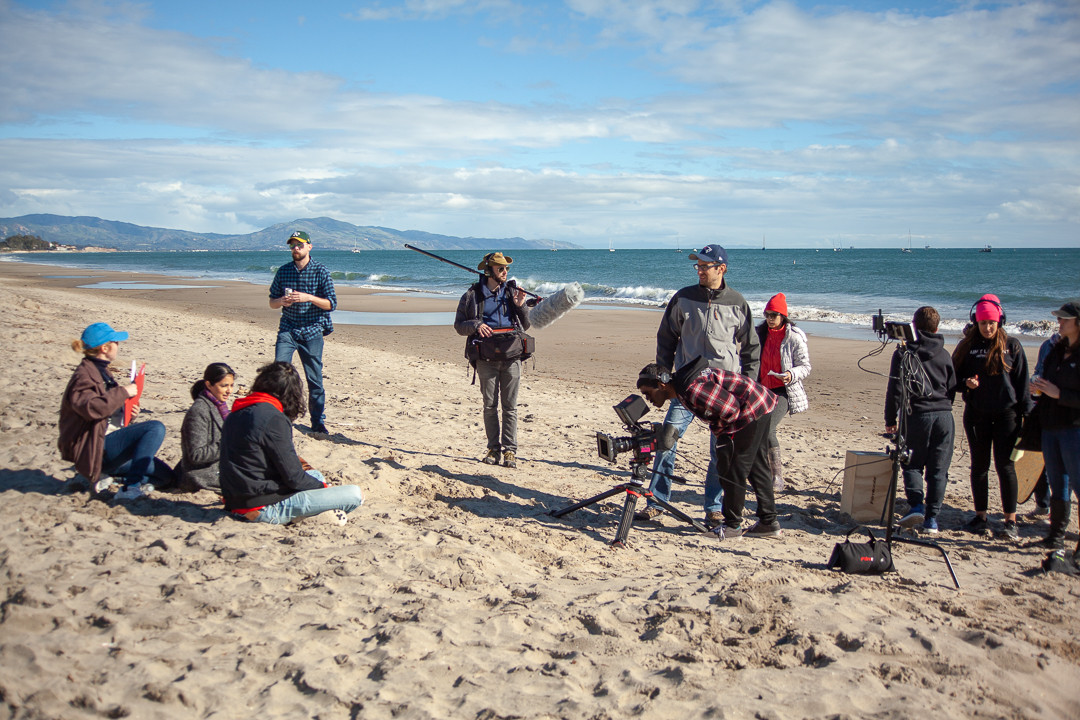 The Shoutout series is all about recognizing that our success and where we are in life is at least somewhat thanks to the efforts, support, mentorship, love and encouragement of others. So is there someone that you want to dedicate your shoutout to?
My shoutout goes to Pat Hurley. Without Pat, I wouldn’t be an actor or an artist. I still remember being in San Francisco the day of my audition for UCLA’s theater/acting program. I was terrified and called Pat and he didn’t hesitate to work with me. His passion and dedication to his students and to the art form are second to none. Thank you Pat.