We had the good fortune of connecting with Annie Zhou and we’ve shared our conversation below.

Hi Annie, why did you pursue a creative career?
The way I found my true passion was seemingly a coincidence, but it was really destiny. Spending my childhood in mainland China, I have always been deeply touched by traditional Chinese culture. The traditional Chinese instrument Guzheng immediately grasped my interest when I first saw a master playing it on TV, I couldn’t take my eyes off it, this 21 strings instrument is just so beautiful with a heavenly sound! Since then I’ve dedicated myself to learning this instrument with firm resolution. Besides the stage performances, I feel playing something out of my heart is the most satisfying thing to me, It is such an enjoyment to compose or improvise on my instrument. It brings me into the music and beyond, blends the tradition with my new interpretations, takes me travel between mysterious ancient China and the contemporary Western world. 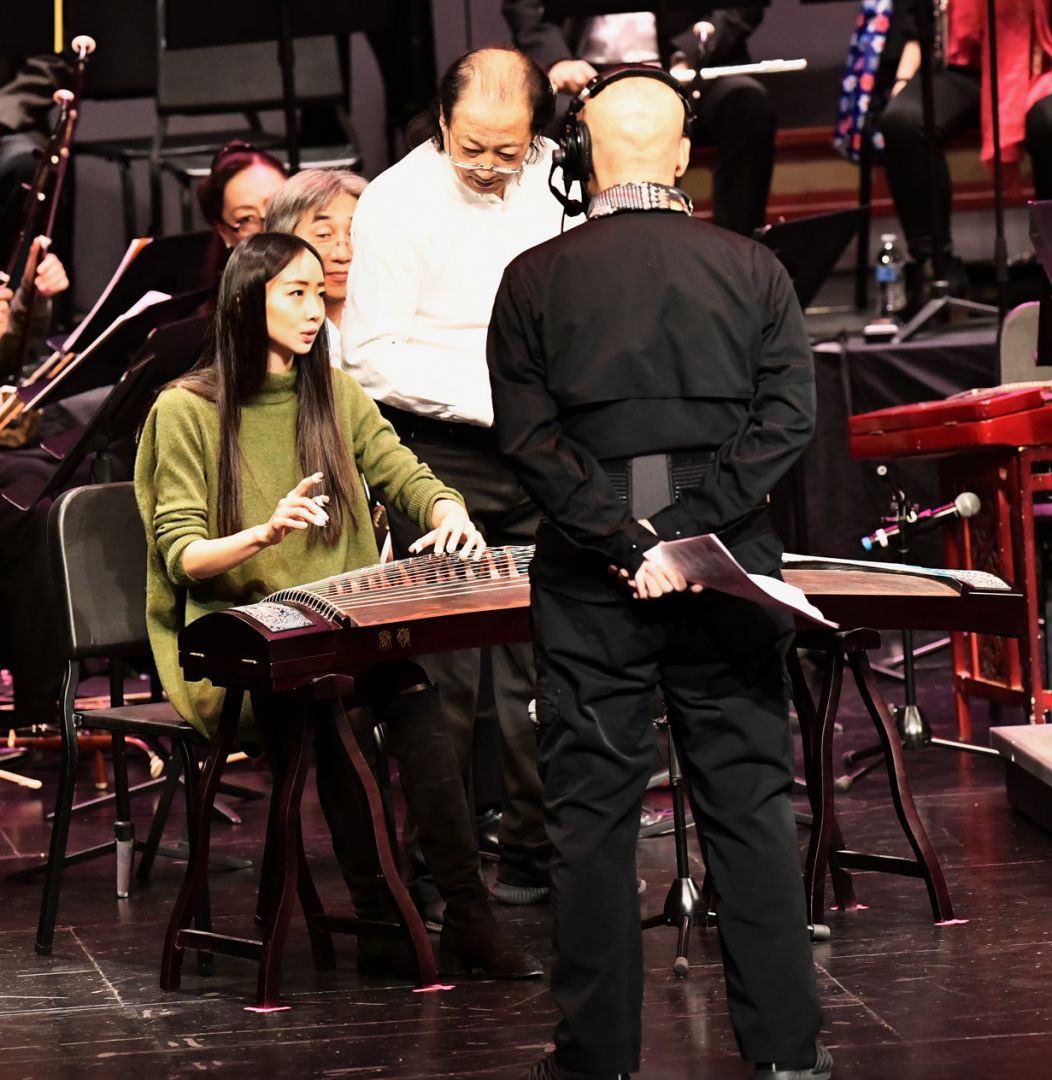 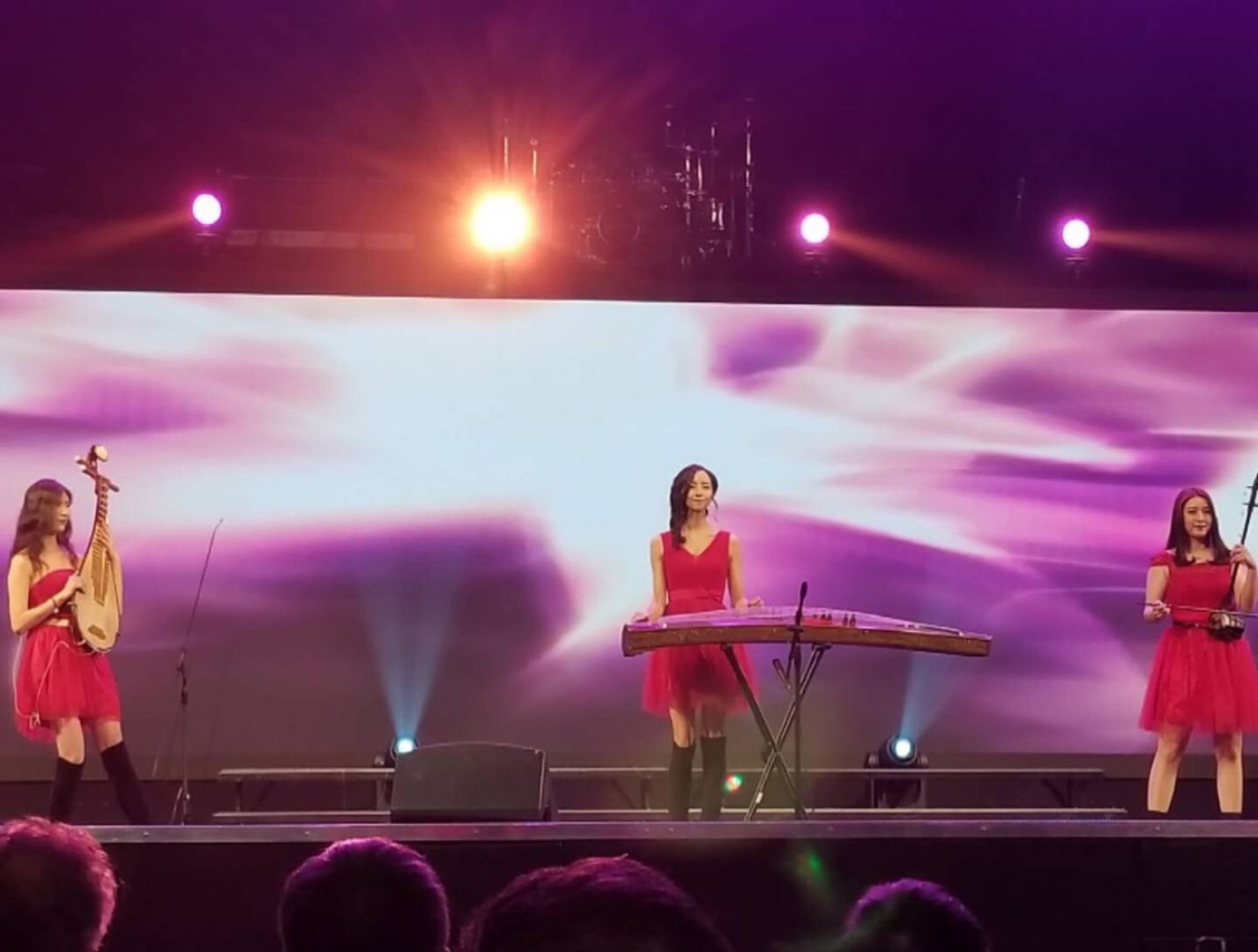 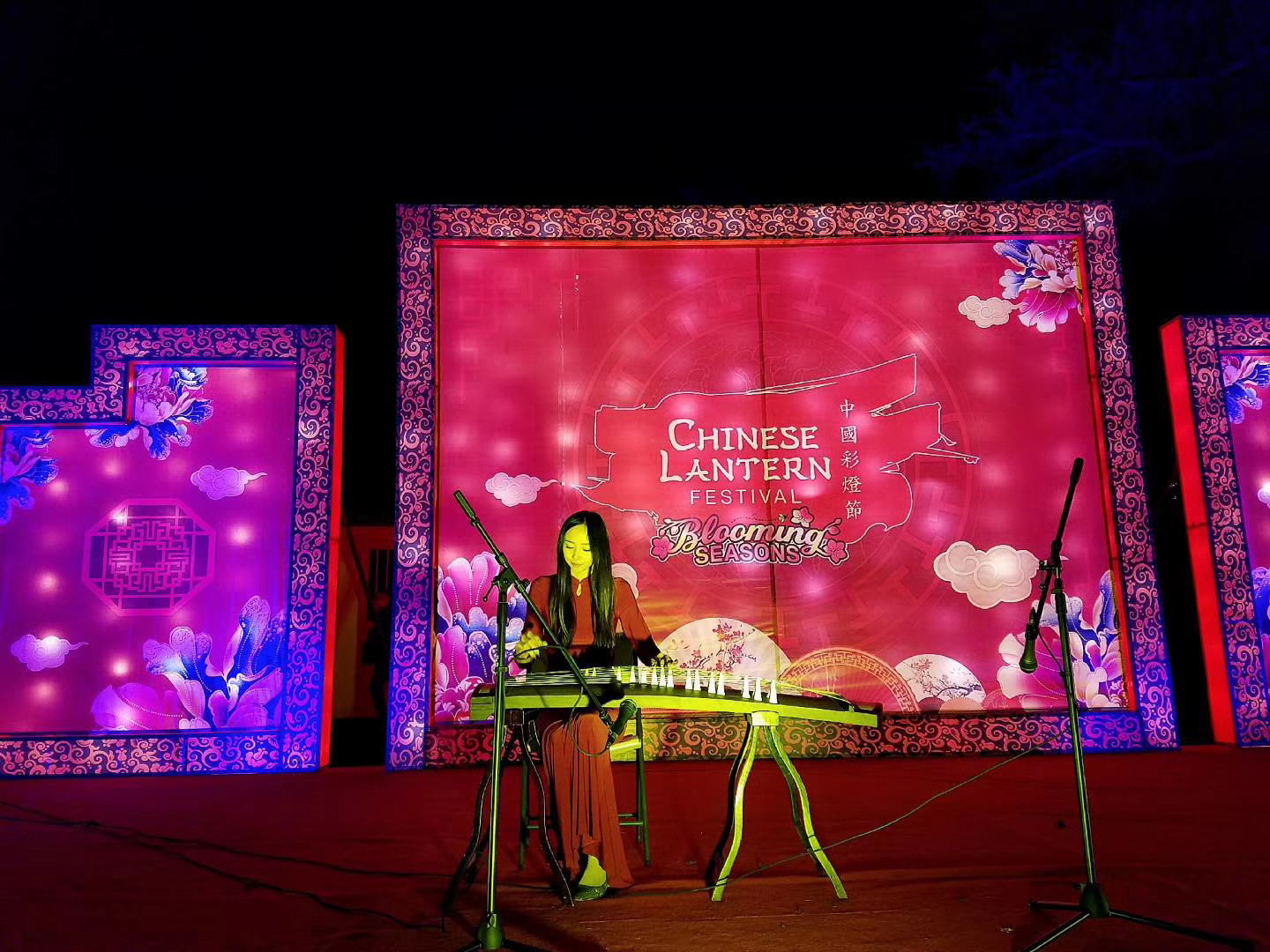 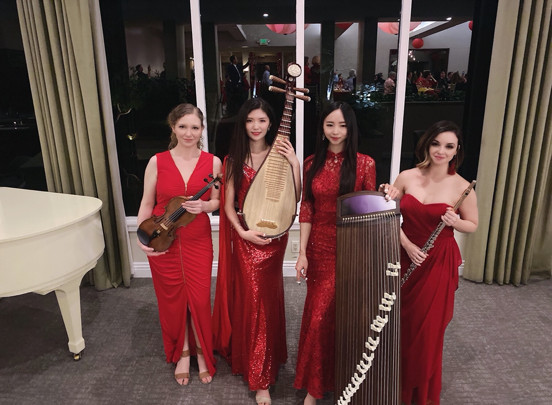 Can you open up a bit about your work and career? We’re big fans and we’d love for our community to learn more about your work.
Like most exotic instruments, it is very difficult to promote Guzheng here in the United States, the market for Chinese music is still small here, and there is still a long way to go before Guzheng becomes real marketable in the United States. The biggest challenge is overcoming the cultural differences so that people can fully appreciate the essence of ancient Chinese music and contemporary Guzheng music. However, Guzheng has a mesmerizing sound that pulls people in immediately, and I have been approached many times after my performances by people who were grateful to hear such a wonderful instrument. I was invited to join several major Chinese bands and a Chinese orchestra shortly after coming to the States. Devoting myself in promoting and integrating Guzheng in the United States, I effortlessly perform, collaborate, and teach this instrument. My performances have been praised by City Mayors, Senators and have been live-streamed on PBS, KCET, Phoenix TV, Huaxia TV, AMTV, and so on. My Guzheng students have passed the Central Conservatory of Music Chinese Instrument Grade Examination at different levels. Also, my original Guzheng compositions have been liked by tons of people, and got my first Guzheng solo composition got a prize in a major Chinese Guzheng music festival. During the following years, I’ve actively performed and collaborated with a variety of musicians in the US. I still remember one performance at a Chinese New Year event several years ago, the Mayor of Chino – Eunice M. Ulloa and her family was sitting there quietly, listening to my performance for a long time. After the event, she thanked me for my music, asked me about the instrument, and told me to keep playing it for the people here. This has strongly motivated me to continue Guzheng performance. In 2017, I played at the NAMM show as a Guzheng solo artist, introducing this little-known instrument to a wide audience of industry professionals, who were in awe of its heavenly sound. In the Chinese New Year Gala 2019, I was honored to perform with Maestro Carl St. Clair, Conductor Roger Kalia, and the Pacific Symphony at the Renée and Henry Segerstrom Concert Hall. This was one of the first performances that combined traditional Chinese instruments with a traditional orchestra in Southern California. I still remember how I felt that night standing on the stage – I had never been so proud of myself for bringing this traditional Chinese instrument on the stage for Western classical music. On the past Christmas Eve, I just collaborated with Jessica Fichot and the band at the 61st LA County Holiday Celebration, it is one of the biggest annual music events for the American people, and it was broadcasted on PBS and KCET. With the overwhelmingly positive response from audiences and musicians, I began to receive invitations for concerts, event performances, and collaborations from people all around the world. A producer in Hollywood invited me to collaborate on a drum beat and was pleasantly surprised when I wrote strong melodies that would later become the song “Moon Dance”, this was how I first discovered my talent in Guzheng composition. Since then my original compositions have often been described as virtuosic and heartfelt. My original composition “Spring Sprouts” won the Best Modern-Mode Prize and was chosen by the Second International Chinese Zither Music Festival as a designated competition piece in the “Ying Cai Music Competition”, I was also invited to attend the final competition performance as a judge for the participants. My original piece “Unsettled” has been selected as a semi-finalist in the “International Songwriting Competition” of February 2021.

If you had a friend visiting you, what are some of the local spots you’d want to take them around to?
I love to explore nature and enjoy landscapes. There are several places I highly recommend: 1. Eaton Canyon – very well maintained trail leads people to the waterfall, plenty of desert plants and animals. 2. Los Lines Trail – You get to see a full ocean view when you reached the top. Beaches and the famous Getty Villa is around, so it could be a whole day trip in this area. 3. Joshua Tree National Park – I visit this park at least once a year, and this place always gives me new inspirations. The variety of naturally shaped rocks and desert plants are breathtaking and dazzling. I love driving around the park during the day and star gazing at night! 4. Del Mar – I think not too many people know this but this is a perfect place for watching the sunset. It’s almost like in a cliff beside the ocean, and there is a railroad going through. The sky is just like painted, very romantic scenery. 5. The Huntington Library – Botanic gardens with different themes, among them the Chinese garden and the Japanese garden are the most popular ones. Their museum contains some rare arts! About food, there are so many great restaurants that satisfy my appetite, 1. 71Above – Amazing panorama city views with modern American cuisine, worth going for both your stomach and your eyes. 2. Nobu(Malibu) – Fine Japanese restaurant with ocean view. 3. République – Upscale French restaurant, I absolutely love their brunch! 4. Tsujita Artisan Noodles – My favorite Ramen place! They offer only two kinds of ramen, they both worth trying! 5. Urth Café – Love their Matcha Boba and deserts! Salads, as well! 6. Sichuan Impression – Authentic Sichuan cuisine, if you love spicy Chinese food, can’t go wrong with this restaurant! 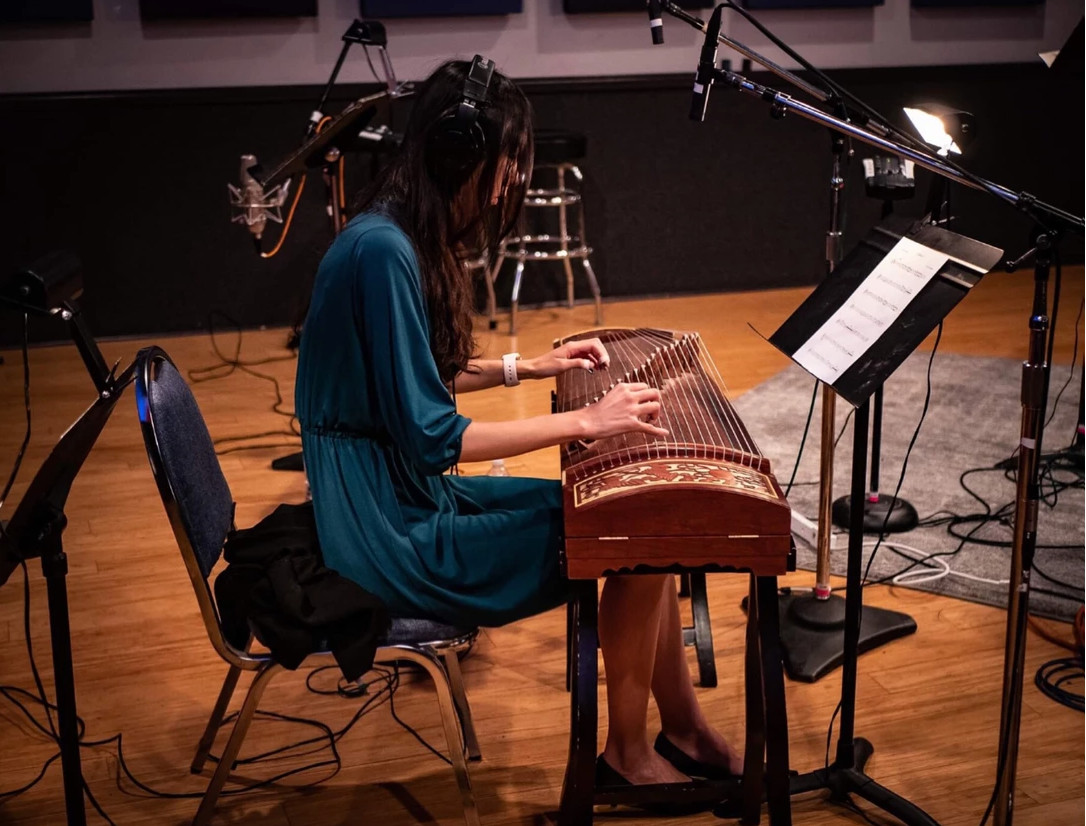 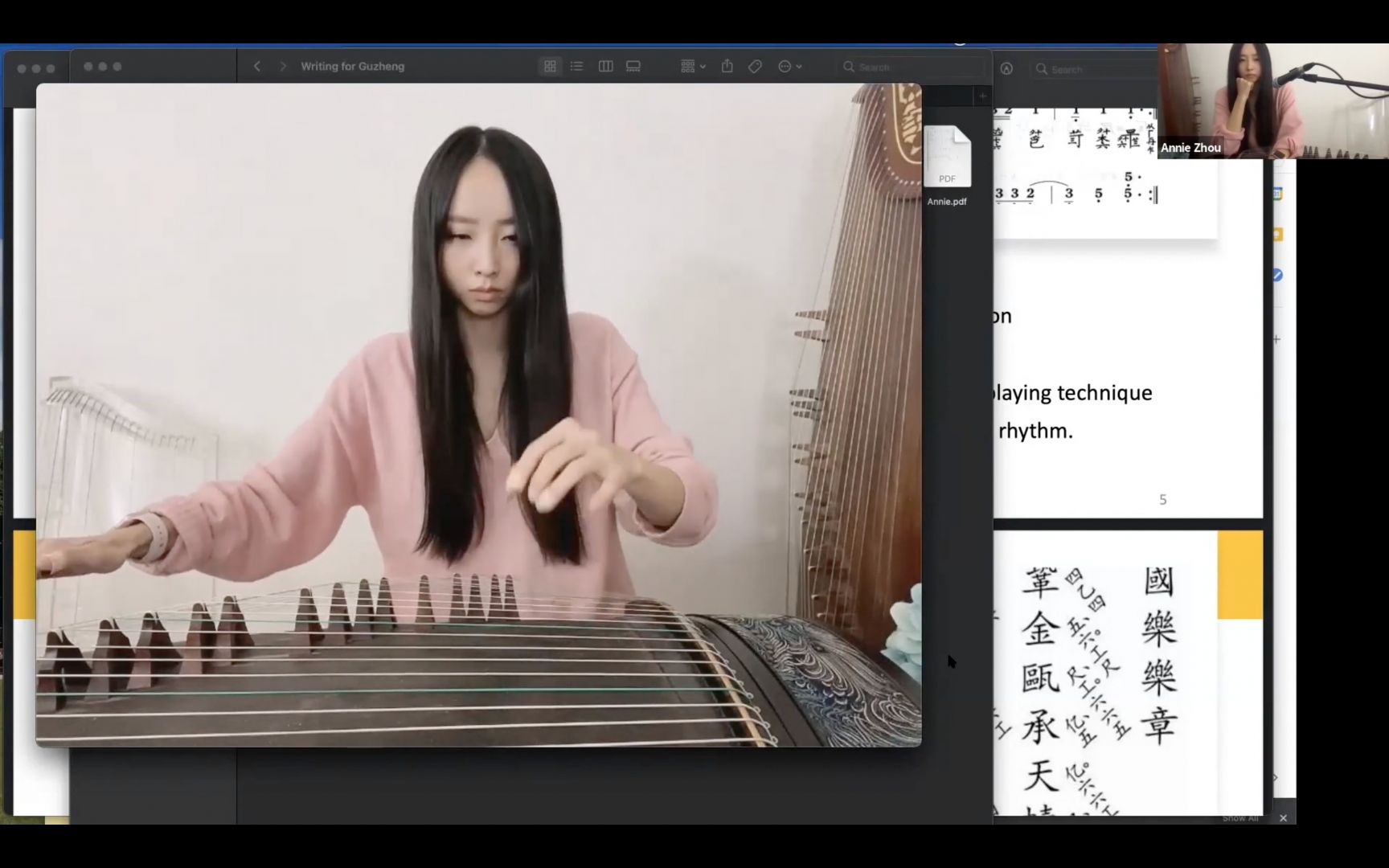 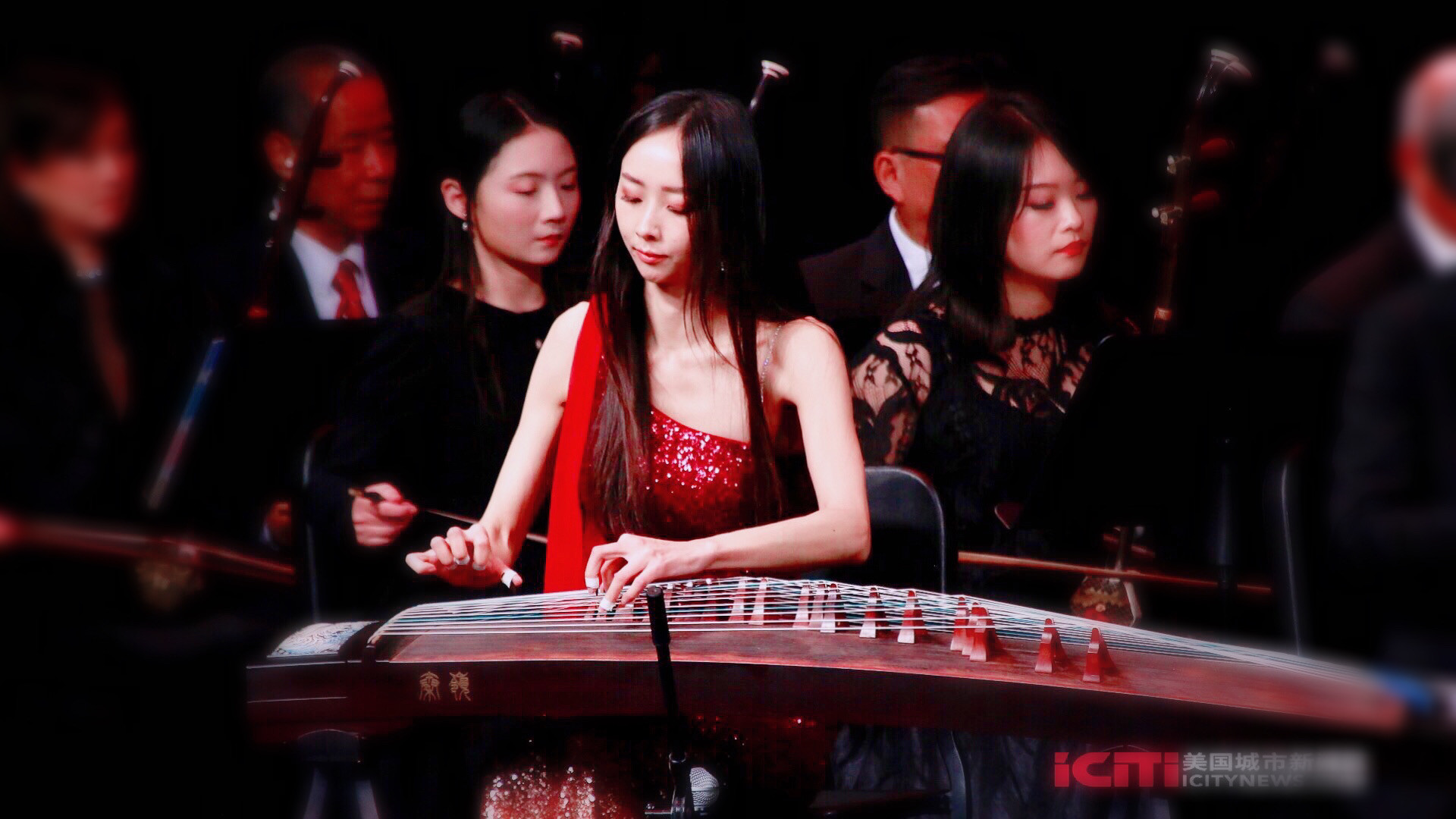 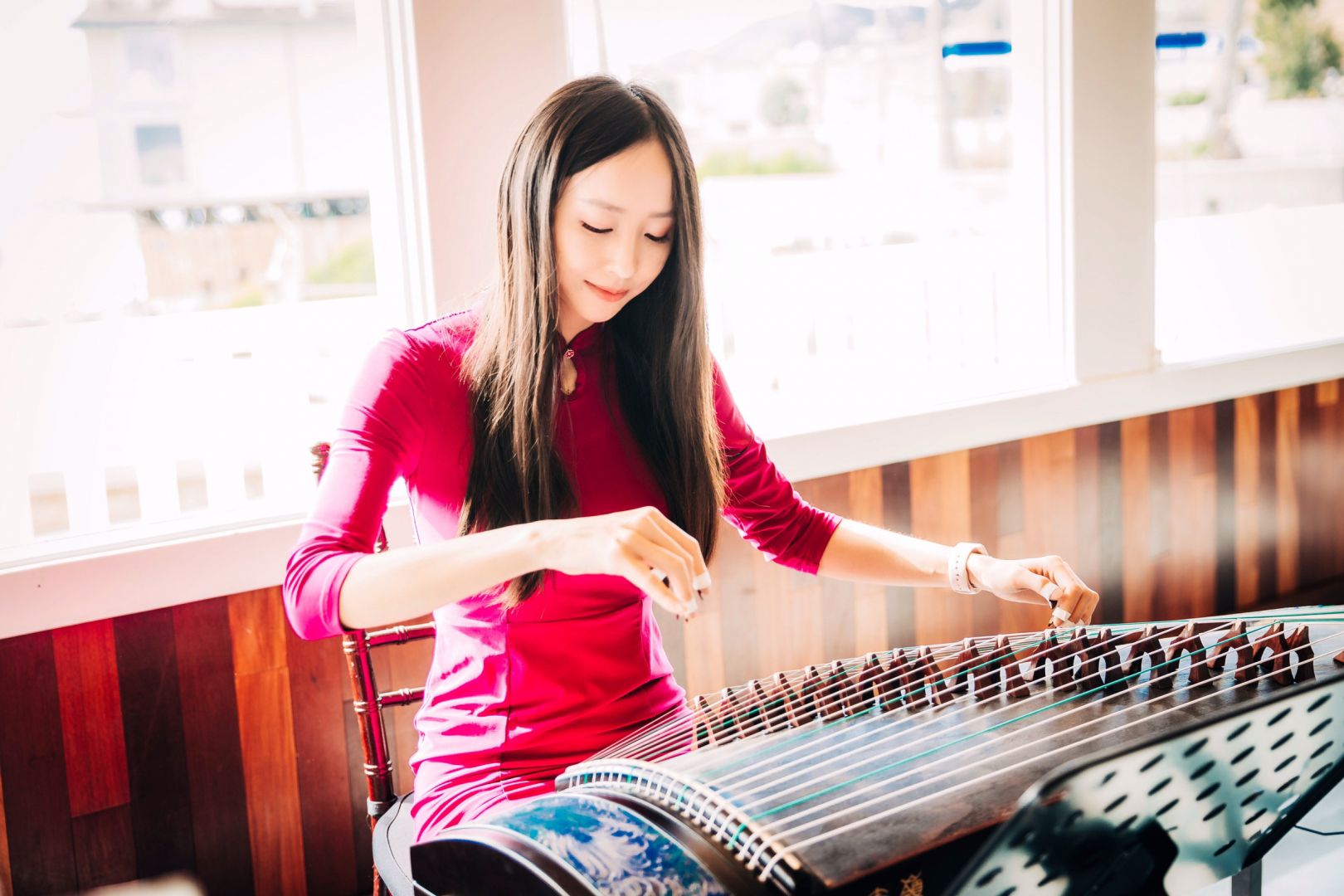 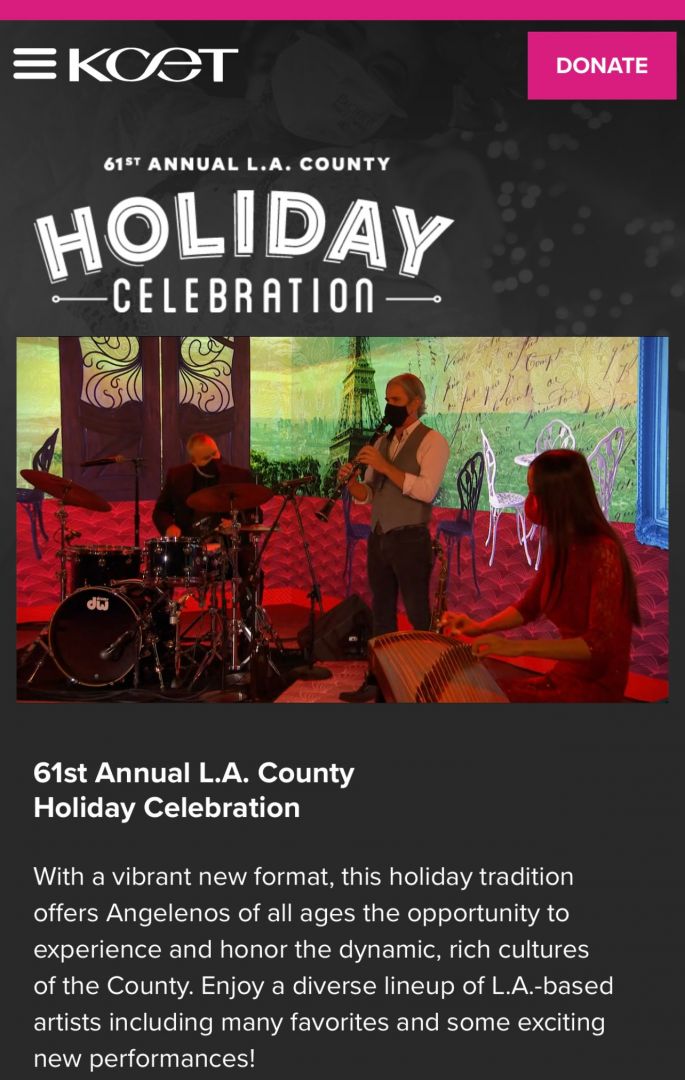 Shoutout is all about shouting out others who you feel deserve additional recognition and exposure. Who would you like to shoutout?
There are so many people to thank in my music journey. I would like to thank the multi-platinum musician, 3 Grammy nominations music producer – Pascal Guyon and the Emmy award winner – composer Kristopher Carter for their kind friendships and advice in my music career, they had taught and helped me a lot, always inspires me, and guides me into the right path. Also, thanks to my teacher – Guzheng Master/composer Changyuan Wang and Chinese instrumentalist/composer – Qichao Liu. I have learned the essence of Chinese music as well as the authentic Guzheng music in different genres and techniques from them, especially for the pieces composed by them(can be found in every Guzheng books), I have learned how they interpret music and how they compose for Guzheng from a performer’s perspective. I would also like to thank my friend Leo A., who’s always helping me in mixing my tracks and collaborates a lot with me effortlessly. Last but not least, I am really thankful for my audiences, they are the pillar of support in my music career, it is my great pleasure to know that how people enjoyed my music!