We had the good fortune of connecting with Anthony Fuentes and we’ve shared our conversation below.

Hi Anthony, what habits do you feel helped you succeed?
I know it might sound a bit trivial but I have somewhat of an addictive personality accompanied with some OCD behavior. Believe it or not i feel like this has contributed to my success in my works. It is hard for me to go through my day with out having done something that adds to my goals that I have. May it be a painting that I am working on or a new garment design idea, I work towards being better as an artist/creator everyday. Sometimes the work I do for the day might be as major as a forty eight piece order of tie dyed t-shirts, to as minimal as a touch up on a canvas piece I have been working on for a month. As long as I contribute a bit of my time to my career a day I feel as though I’m getting one step closer to success. 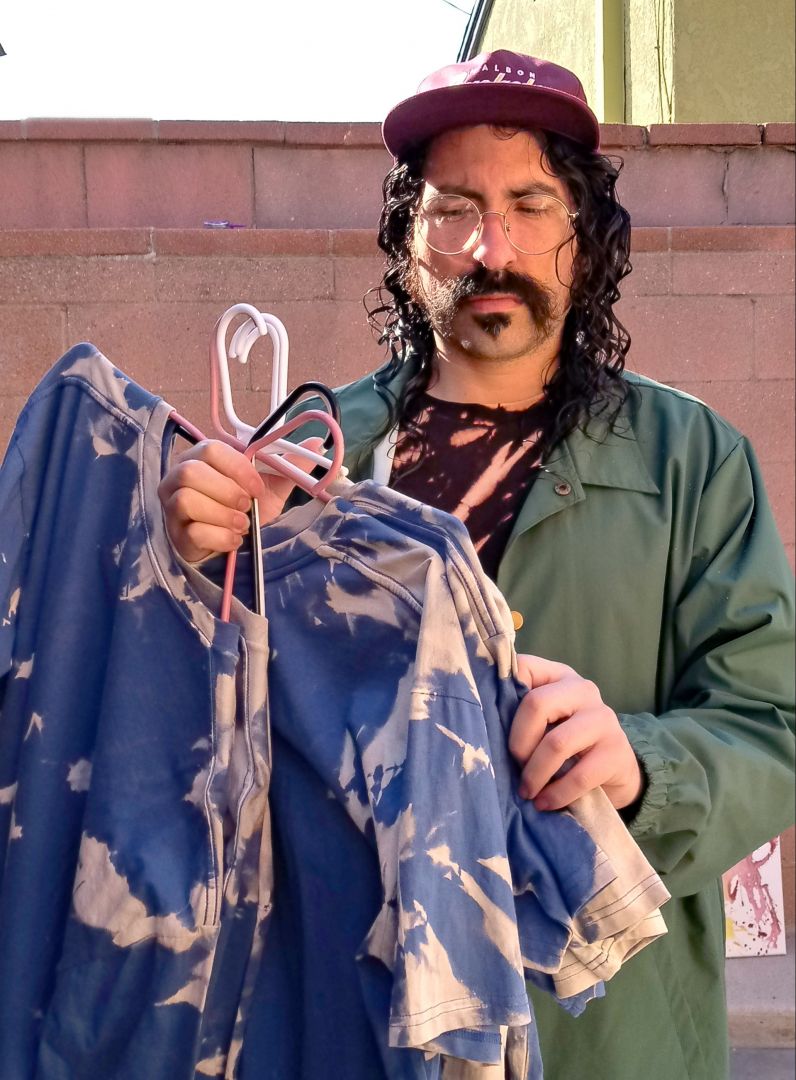 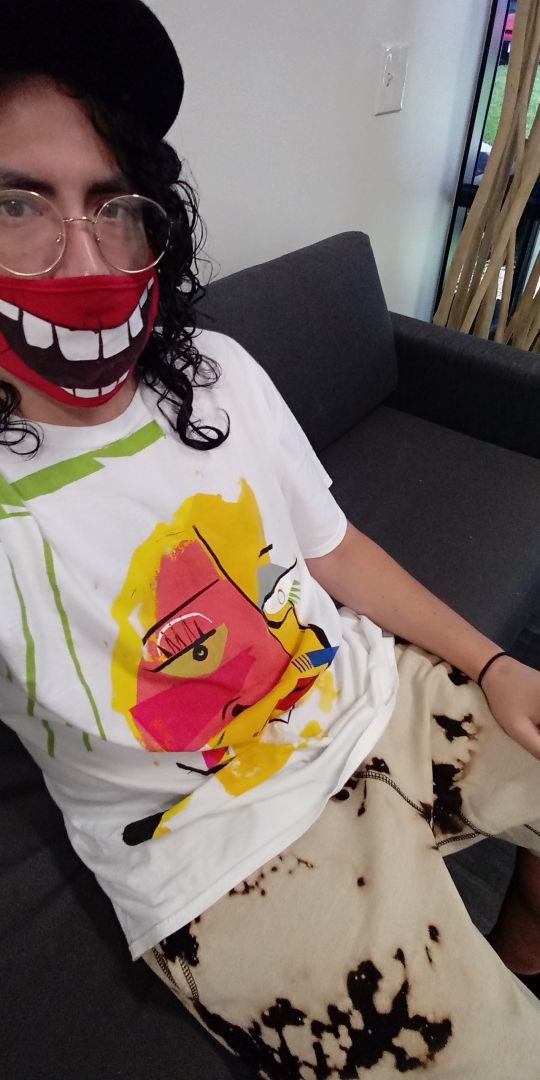 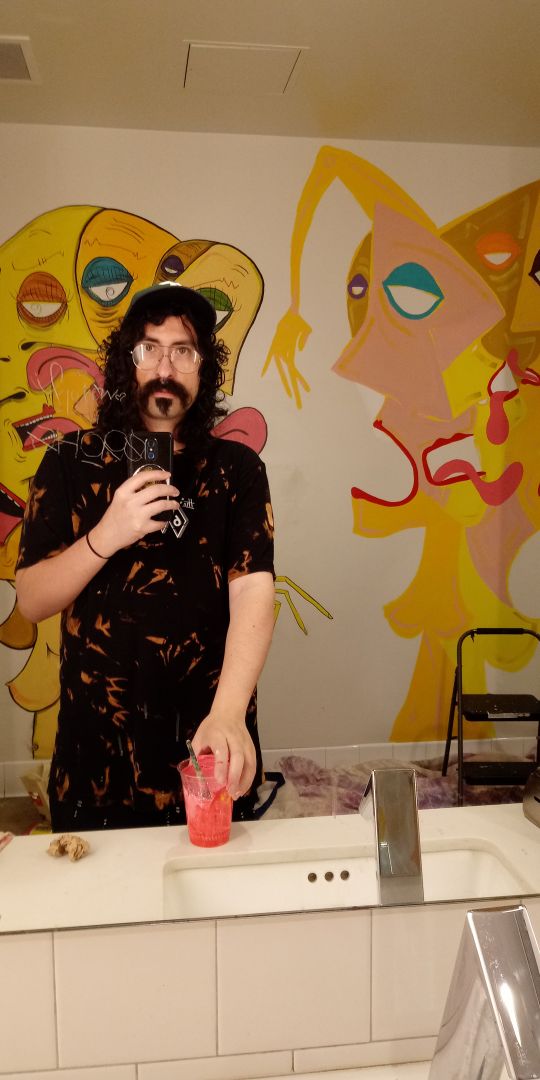 Alright, so let’s move onto what keeps you busy professionally?
I began my career as an artist is downtown Los Angeles. Mainly being a part of the dtla art walks during the height of their popularity(late 2000s early 2010s). I use to do live art. I had curator friends that booked venues for the art walks and they would always invite me to be a part of their shows. I use to set up my easel and blank canvas at the most crowded spot of the venue. I’d set up my blank canvas and get to it. The pressure from all the people starring at what i was painting never bothered me. It felt like it fueled what I would be painting for the night. They would always be talking about something. Sometimes they wouldn’t even notice i was their painting. But I would still be there listening as I painted. I think this did have an affect on my work. I want the figures that I paint now to convey some sort of communication between each other. Even though we can not hear what the figures, I like to think that the figures I paint hear each other clearly amongst themselves just fine. During this time at the art walks I also did a bit of vending and art selling. I began to make more practical and easier to sell art like t-shirts. This is where I began to design more clothing. For a few years now I have been doing a lot of tie dying and acid washing. I do not consider what I have been doing a clothing brand. I feel like every garment that I dye is an art piece of its own. 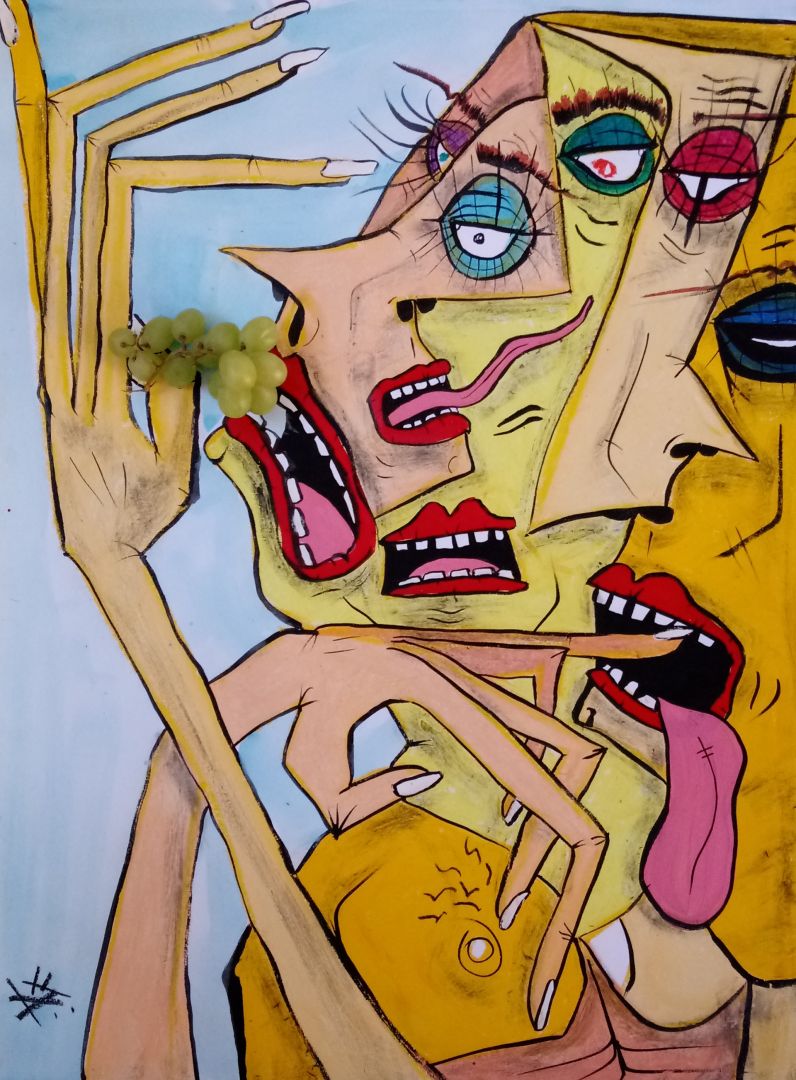 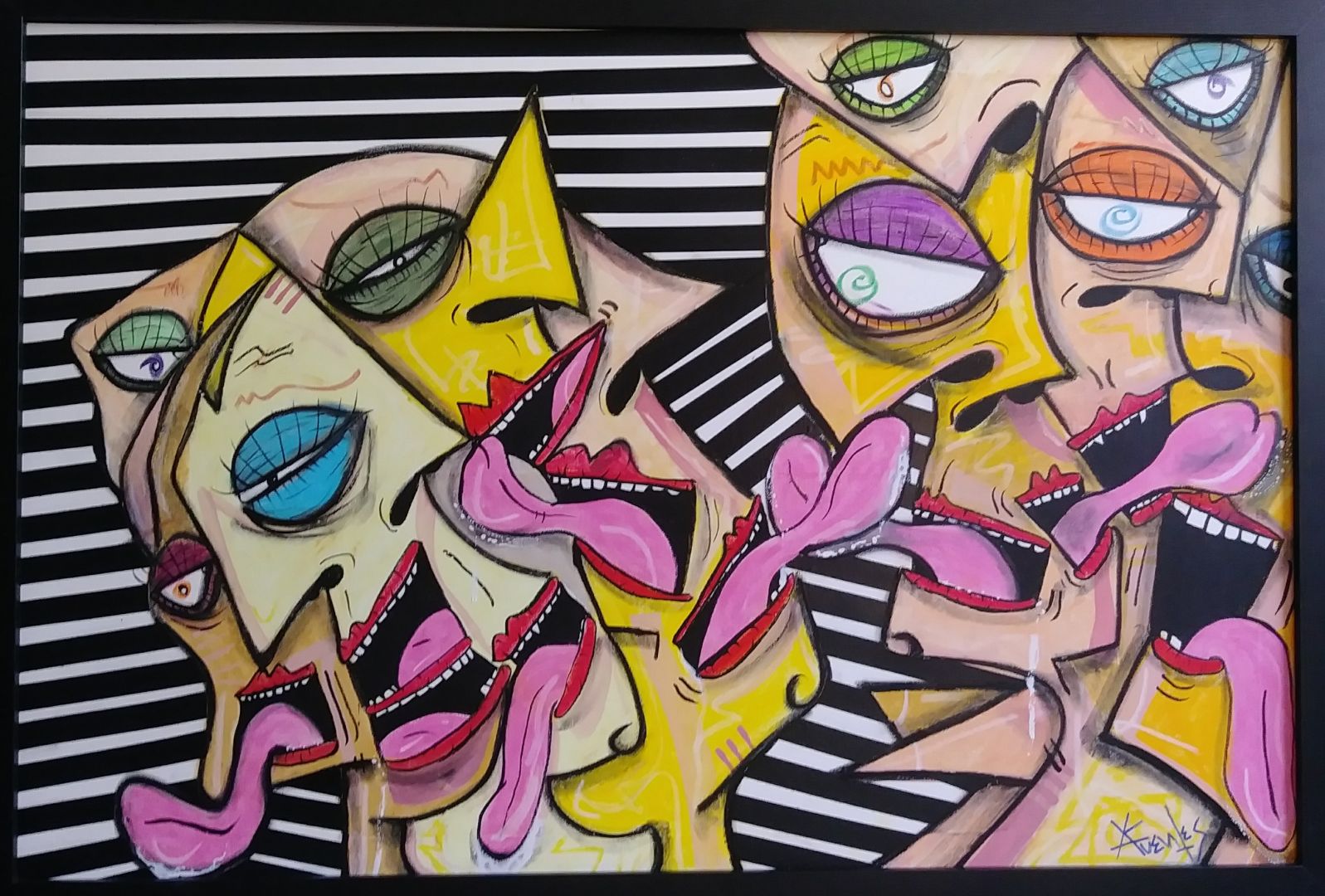 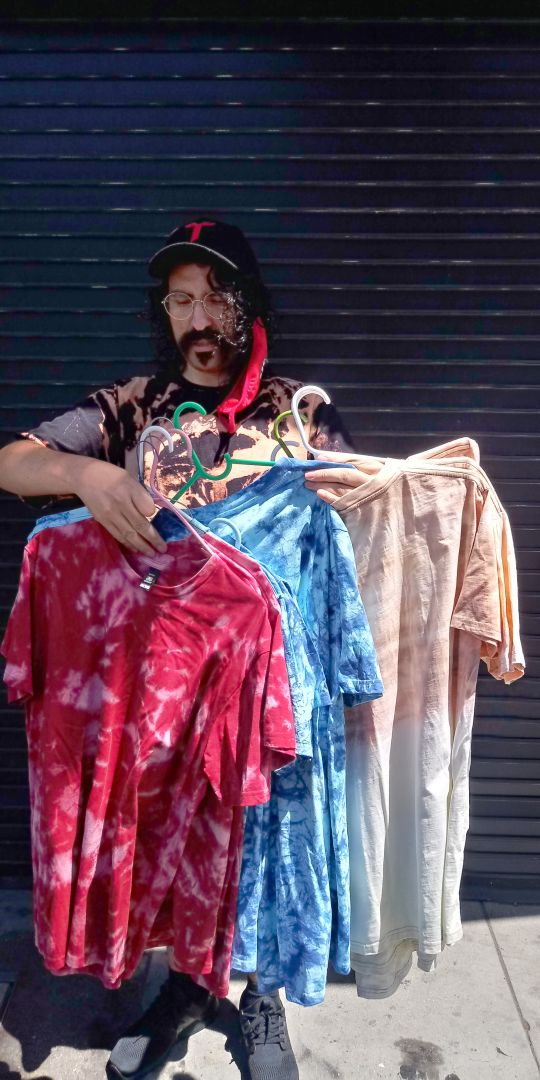 If you had a friend visiting you, what are some of the local spots you’d want to take them around to?
In a world where the pandemic did not exist I would start in little Tokyo. Have some sushi and mochi. Then I would take them to Angel City Brewery for a beer and Wurstküche for dinner. My friend Chef Wes Avilas new restaurant, Angry Egret, is definitely on that list too. Wes’s food is wildly creative and super tasty. A round of golf up in Griffith Park at Wilson & Harding is a must and of course some star gazing up at the Observatory would be nice too. You can not leave l L.A. with out having some tacos. Any spot off Olympic heading through East L.A. is bomb as long as you see a crowd. 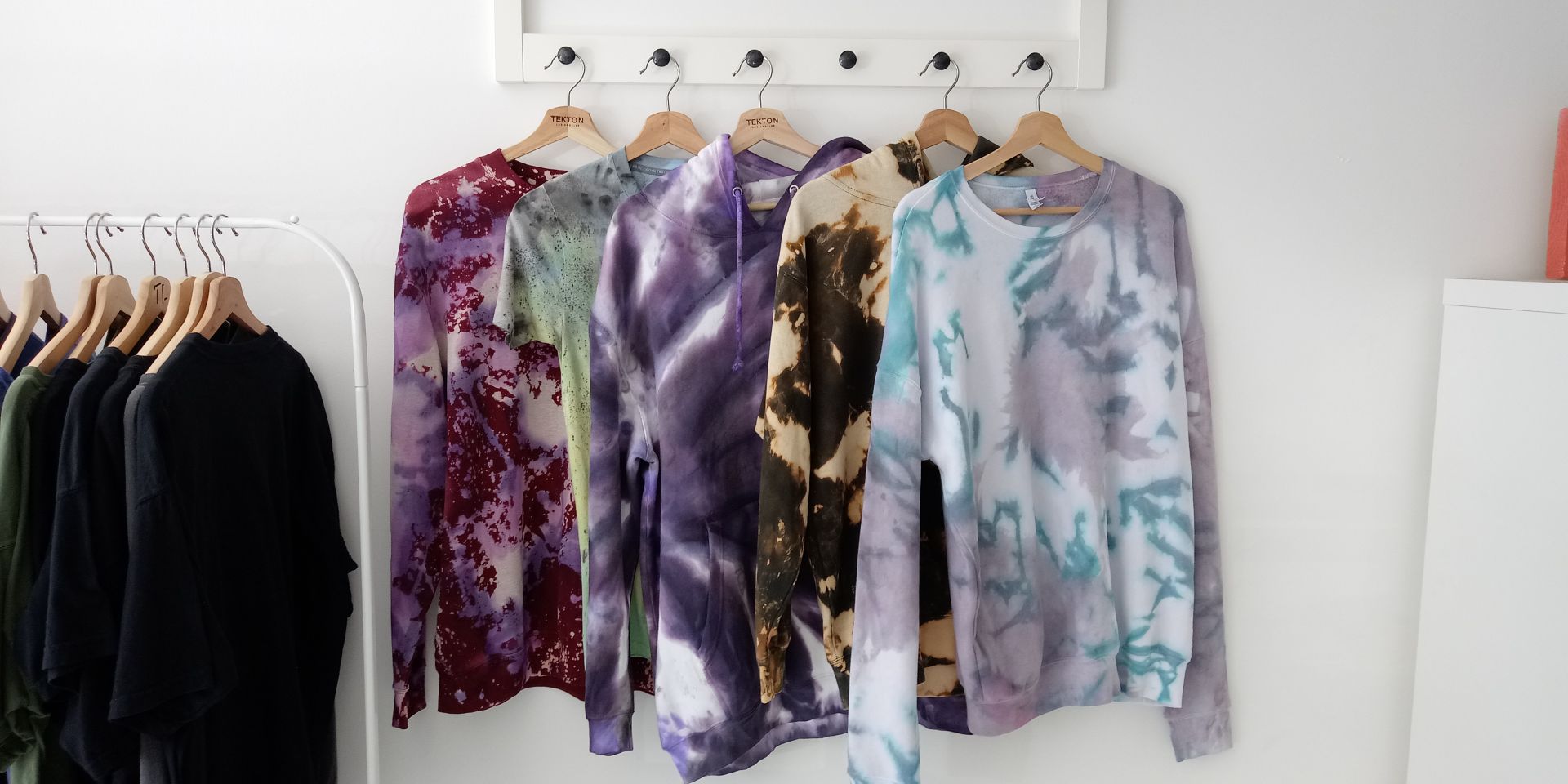 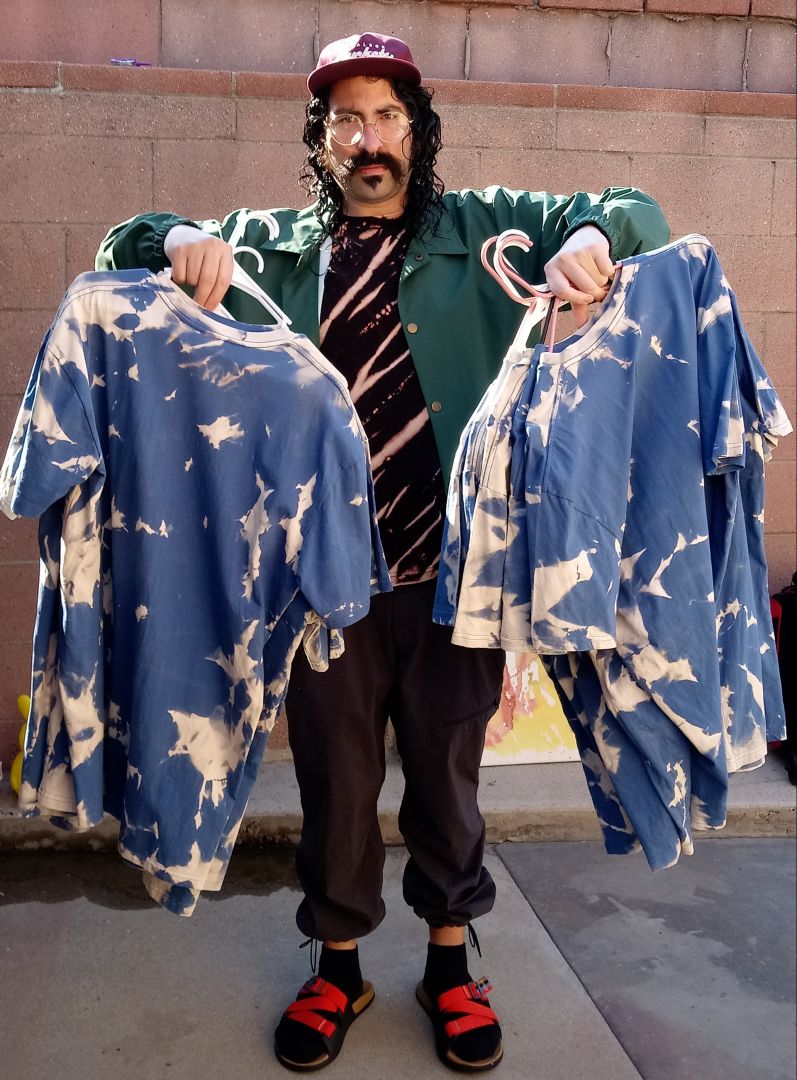 The Shoutout series is all about recognizing that our success and where we are in life is at least somewhat thanks to the efforts, support, mentorship, love and encouragement of others. So is there someone that you want to dedicate your shoutout to?
Tekton Los Angeles (my place of employment) Oogum Leftfoot (fellow artist and designer) And My family who had been supportive of my endeavors from the start