We had the good fortune of connecting with Anthony Montes and we’ve shared our conversation below.

Hi Anthony, what role has risk played in your life or career?
I am an actor, so by definition, it means taking risks. My life has always been about, what are you willing to give up, to have the life you want. For me, it meant a life without possessions, vacations, a nice car, being unsure of employment, if I could pay my bills, have a family, a home… When I moved to LA from NY, I thought I would be the next Pacino. I had no idea how difficult it would be. I thought if you worked harder than anyone else, studied, were passionate, and were good at your craft, you would work. I didn’t know how much luck would be needed and I didn’t seem to have any. Tired of going up for, “Truck Driver #1”, I decided to start my own theatre group and I called it, The Artist Theatre Group. I would give myself the opportunity to act. To put myself out there to be discovered. In a 12 year period, I put 90 plays and lost money on 89 plays. I acted in over 40, directed over 20, and found myself $65,000 in debt. One of the ways I thought I could cut the cost of future productions was to write plays and then I wouldn’t have to pay for the rights. I have always been a storyteller and I thought, why not? I wasn’t afraid to try something new and I found out that I really loved writing. I then began putting up my own plays and found people liked my writing. From there I started writing and acting in short films. Next, I wrote full-length plays but before putting them up, I wrote a screenplay to go with them. The first was The Last Night Inn. While I was doing the play, I found a producer and had them come to see the play, and from there we started a crowdfunding campaign and made the film. A year later I put up another full-length play, Subway Suicide, and the same thing happened. I got people to come to see it, created interest, did a crowd funding campaign, and made it into a film I called, The Last Train. Both can be rented on Amazon. Both, I put some of my own money into as well. And, now I have decided to try something else that I have always wanted to do so I have written and I will be doing a One Man Show, called, Outta The Darkness Into The Light. I will be having it filmed so that I can stream it, which will be something I’ve never done before. So, if I were afraid to take a risk, I would have had a very unfulfilled life. Now, I have a son, I own my own place, I travel around the world teaching acting, as well as acting and writing my own projects. I will be putting up, my show at the Whitefire Theatre in Sherman Oaks, August 5 & 6th and then going to New York to put it up in Ocean Beach. Something else I’ve never done before. Now I have my sight set on doing it Off-Broadway, which will be a dream come true. 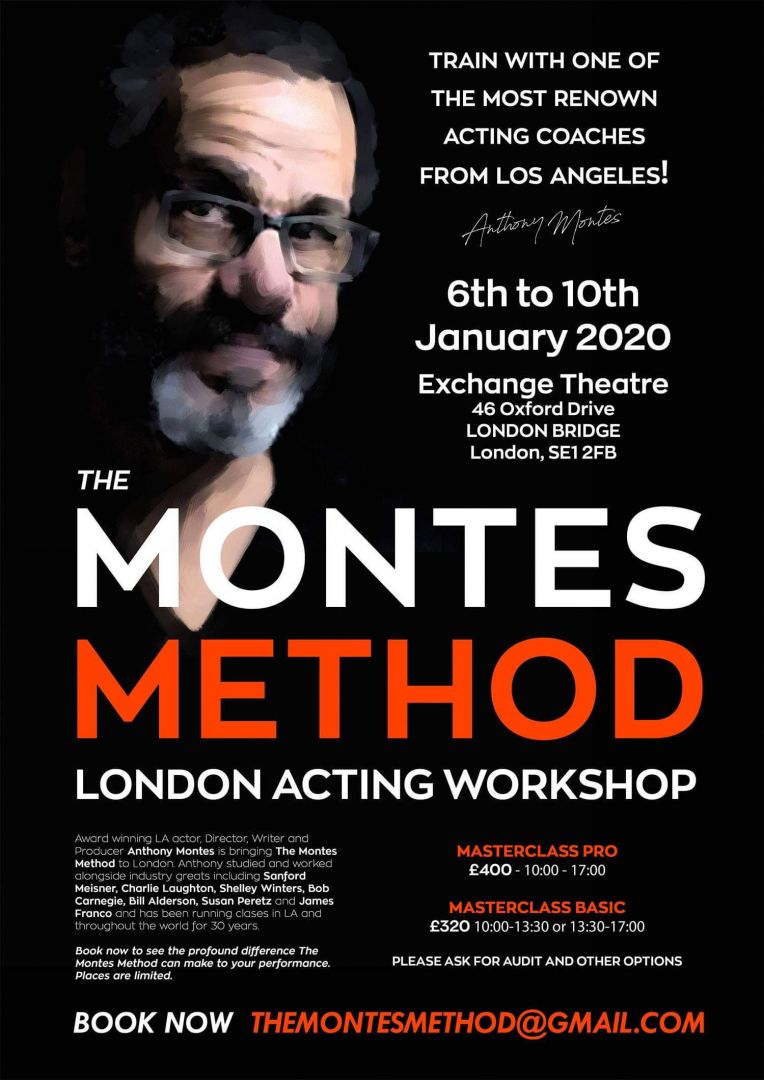 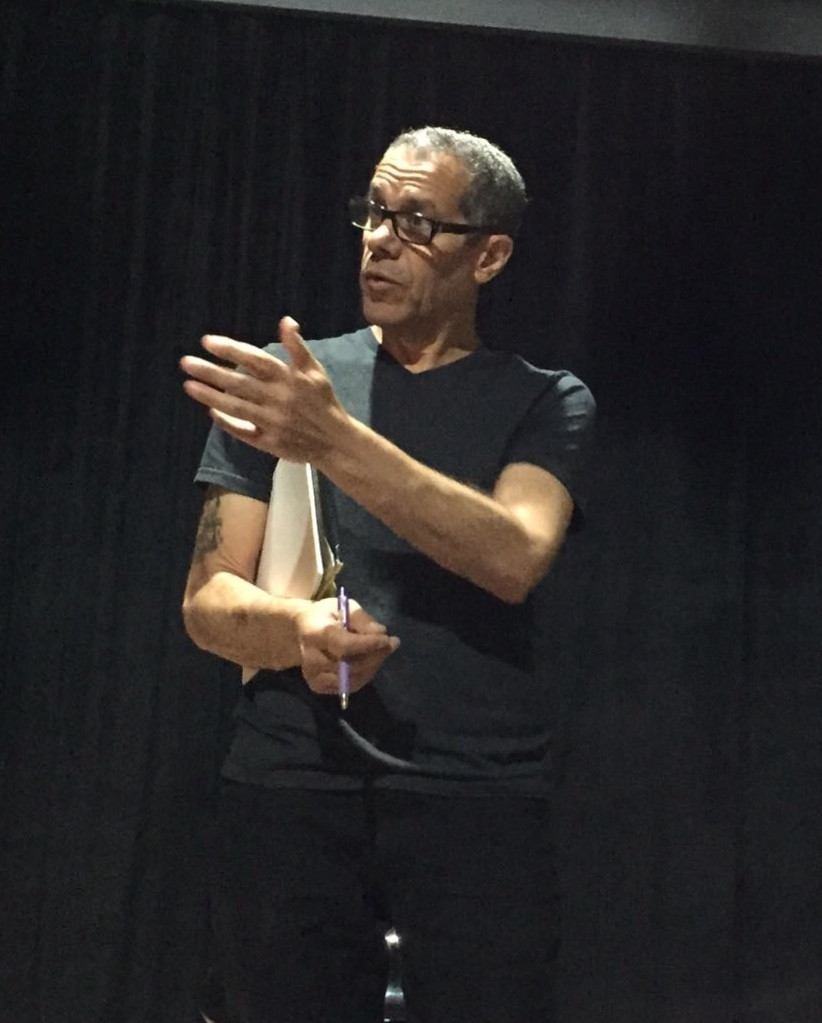 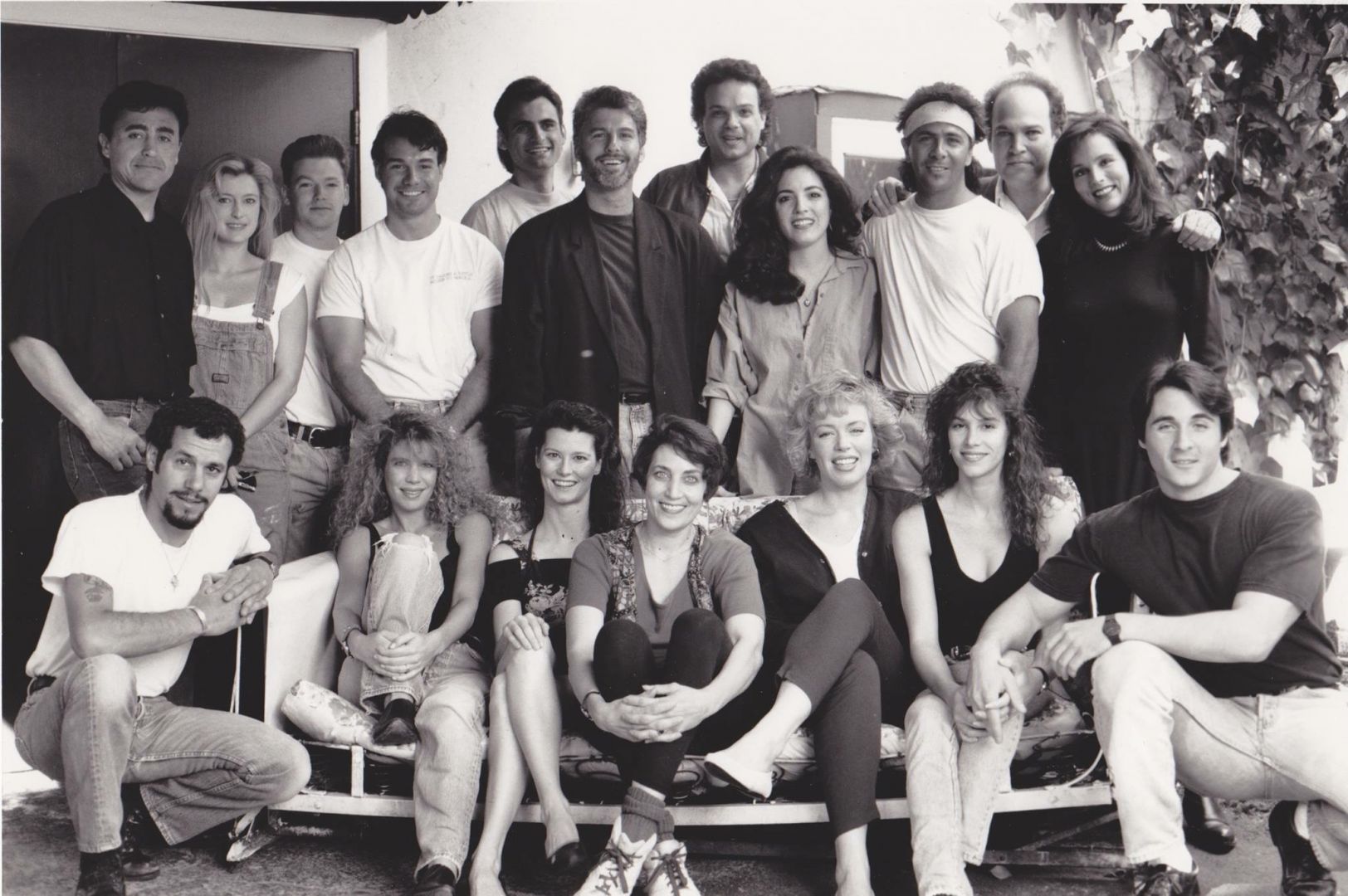 Can you open up a bit about your work and career? We’re big fans and we’d love for our community to learn more about your work.
I mentioned that I started my own theatre group, The Artist Theatre Group, and it was with that group that I began to teach acting. When my son was born, I was going through a divorce and so I needed to work more steadily. I dropped my agent and manager and became a single dad. It was during this time I began teaching acting at the New York Film Academy. It was also during this time I began writing non-stop. When my son, Matthew was about 4 years old, I began getting back on stage in the plays I had written. I taught at that school for 9 years and asked permission to take a semester off, to film the second film that I had written, The Last Train. The school encouraged you to work in the field that you taught, so being I taught acting, they thought it was a great idea. So, I took the semester off. This meant money would be really tight because I wouldn’t be getting paid for the film, in fact, I would be putting money into it. I knew I had to find work so I thought, where in the world would I like to teach and I went online and typed Rome Film Academy. There wasn’t one. Paris Film Academy. There was one, in fact, the owner of the school was in LA looking to bring a teacher from LA to Paris to teach a 2-week workshop. She came to one of my private classes, saw me teach, and invited me to Paris. When I knew I would be going to Paris, I called a friend in Berlin and told him if he could set up a workshop for me in Berlin, I would come there first. He did. I had 8 students. One of them was a famous singer in Stockholm. I asked her why she decided to come to my workshop and she told me she was in her yoga class and she told her yoga instructor, that she wanted to take an acting class and her yoga teacher told her that her favorite teacher from the New York Film Academy was doing a workshop in Berlin and so she came. Before I left she set up a workshop for me to teach in Stockholm. Things were great until I got back to LA and the New York Film Academy fired me, saying they didn’t think I was coming back. It was a lie. They had a reputation of disposing of their most senior, highest-paid teachers that way. I was pissed. I put out a message on Facebook about what had happened to me. All of sudden, ex-students around the world started reaching out to me seeing that I had taught in Paris & Berlin. “Anthony, if I put a workshop together for you in Mexico City, would you come?” I said, “If you put it together, I’ll come.” From there, it snowballed and as a result of me taking a risk to make my movie, I lost my job at the school and the world opened up to me. In the last 6 years I have taught in 15 countries, I’d never been to and did know I’d be going to.

If you had a friend visiting you, what are some of the local spots you’d want to take them around to?
There is a lot of great theatre in LA, so I would check out what was happening at Ahmanson, the Taper, the Geffen, the Kirk Douglas, and the smaller venues. My favorite restaurant in LA is the Inn Of The Seventh Ray. For lunch, we would grab some pizza at Mullberry Street in Encino. I love going to LACMA and the Hammer Museum. Another Italian restaurant I love is Olivia Trattoria in Sherman Oaks. I love the Hollywood Bowl and the Greek Theatre, so I would see what was going on there. For sushi, there is a terrific place I like called Kushiyu in Tarzana. 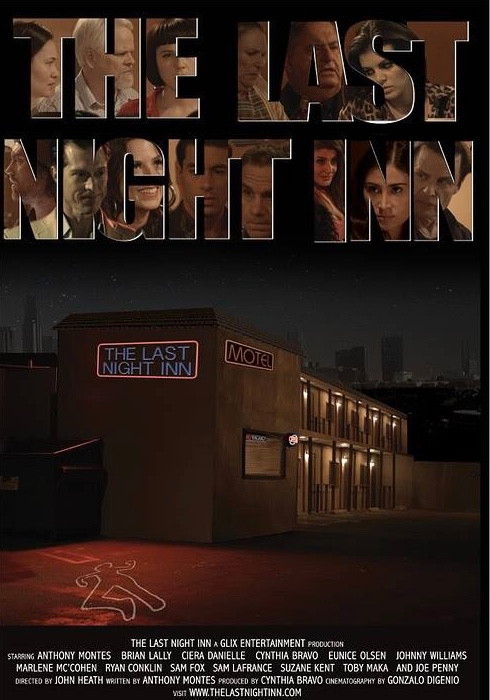 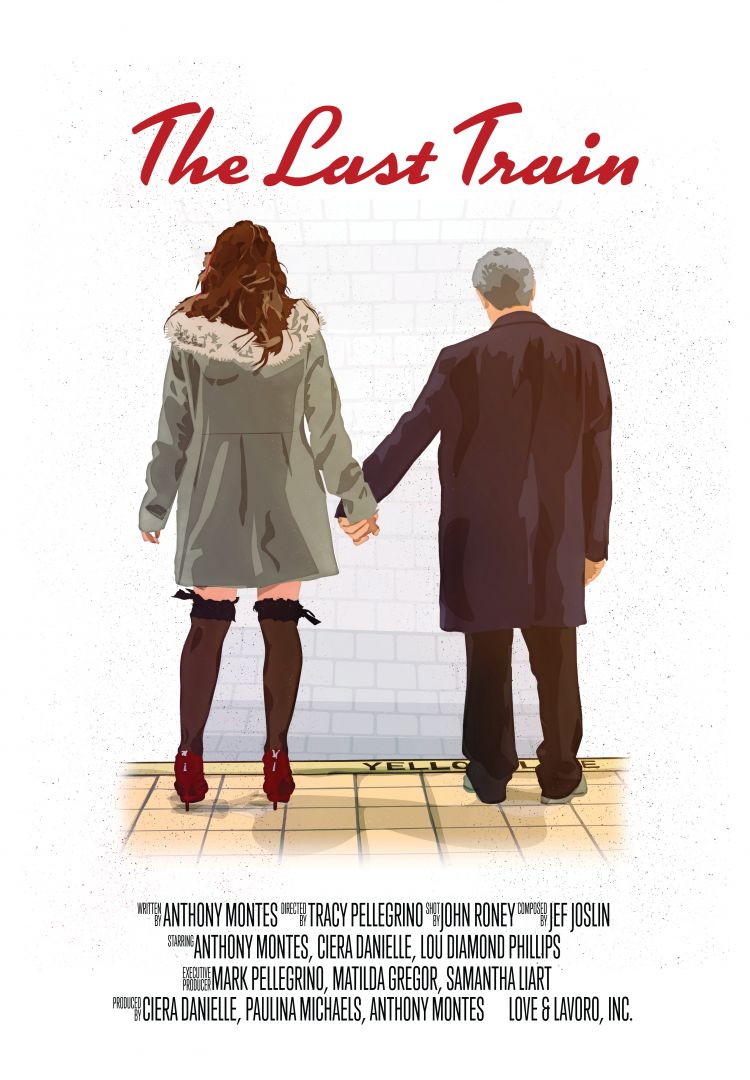 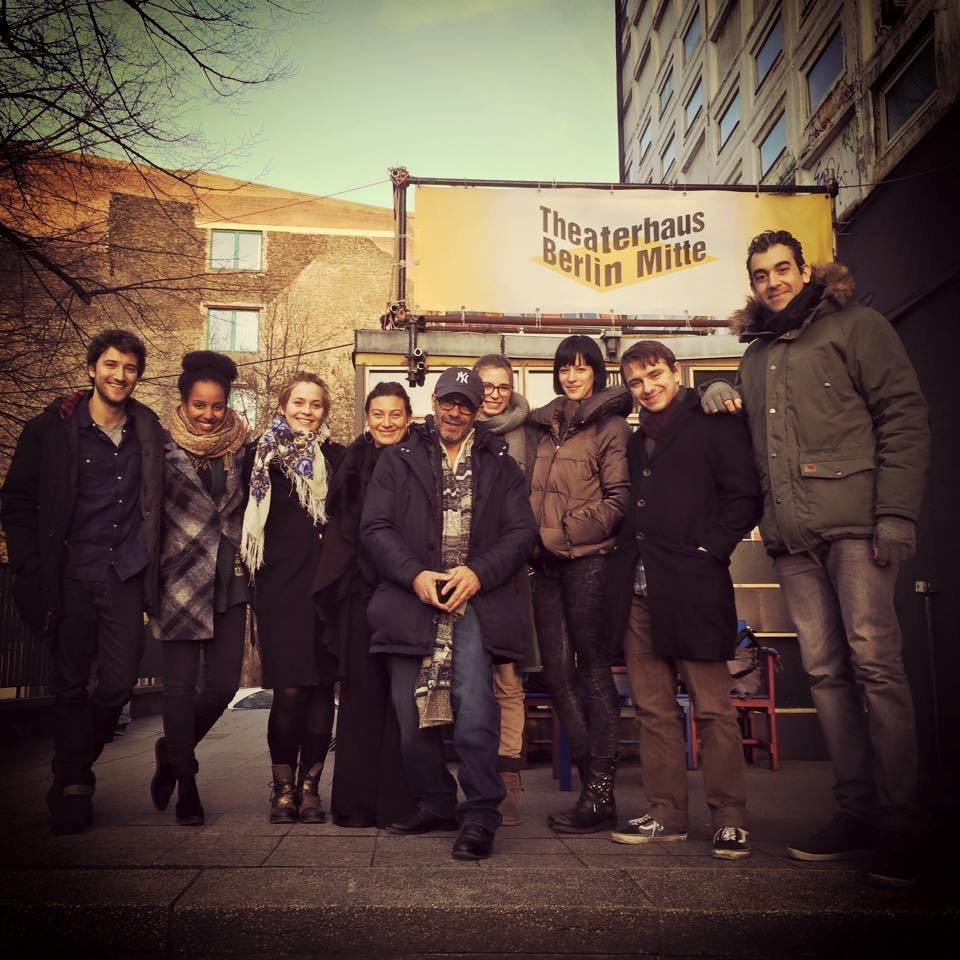 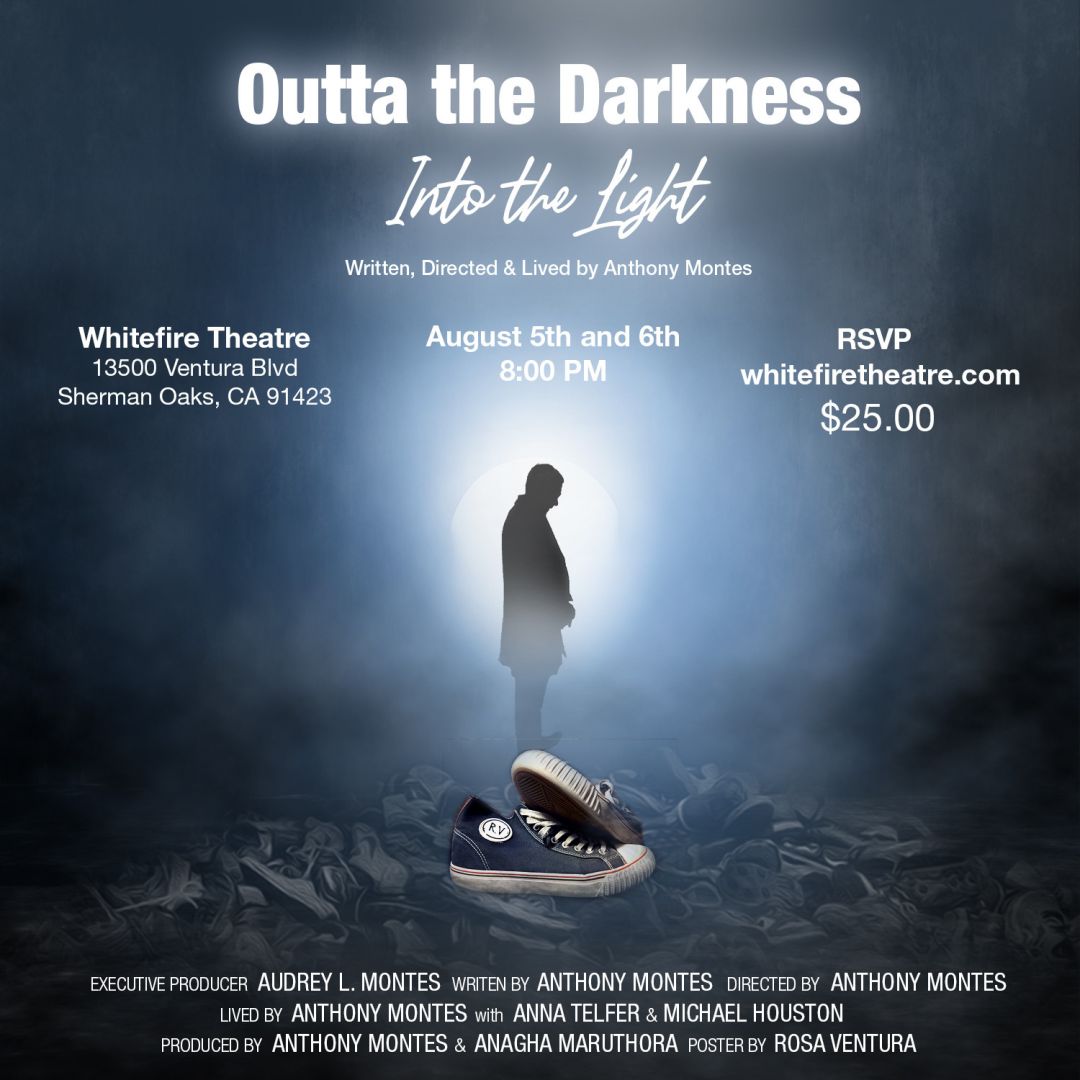 Shoutout is all about shouting out others who you feel deserve additional recognition and exposure. Who would you like to shoutout?
My mother, Audrey L. Montes has to be recognized for her undying love and support. As mentors, I would have to thank Sandy Meisner, Charlie Laughton, Susan Peretz, and Al Pacino, for their teaching and the example they set.