We had the good fortune of connecting with Ariel McCleese and we’ve shared our conversation below.

Hi Ariel, we’d love to hear about how you approach risk and risk-taking
It was thirty degrees, a dusting of snow making the Joshua trees in our wide shot look like weird alien beings. I called action, and the makeup artist dumped a gallon of fake blood on the body of a naked man lying on the concrete deck. I could see him shivering, hear his teeth chattering. But he was supposed to be dead, his guts ripped out. I called cut; we had to go again. I stood there thinking: What the hell am I doing? My background is in fine art, and I have no formal training in filmmaking. When I decided to direct my first movie, I didn’t know a thing about blocking, coverage, or shooting schedules. What I did know was that I no longer felt fulfilled making static art objects. I craved the urgency of a time-based medium that would allow me to more fully communicate the feminist politic that guides my work and my life. So I took a risk and spent all of my savings making a feminist horror movie. And despite the unrelenting fear and self doubt that plagued me every day of pre-production, on set, and in post, I discovered that making movies is all I want to do for the rest of my life. Directing gave me a sense of purpose that I had never felt before, and being on set made me feel alive in a way I never knew was possible. Now, with multiple movies under my belt, I understand that risk is the very fabric of filmmaking. Every story demands its own telling and you have to rewrite the rule book each time. That’s what makes it so damn exciting. 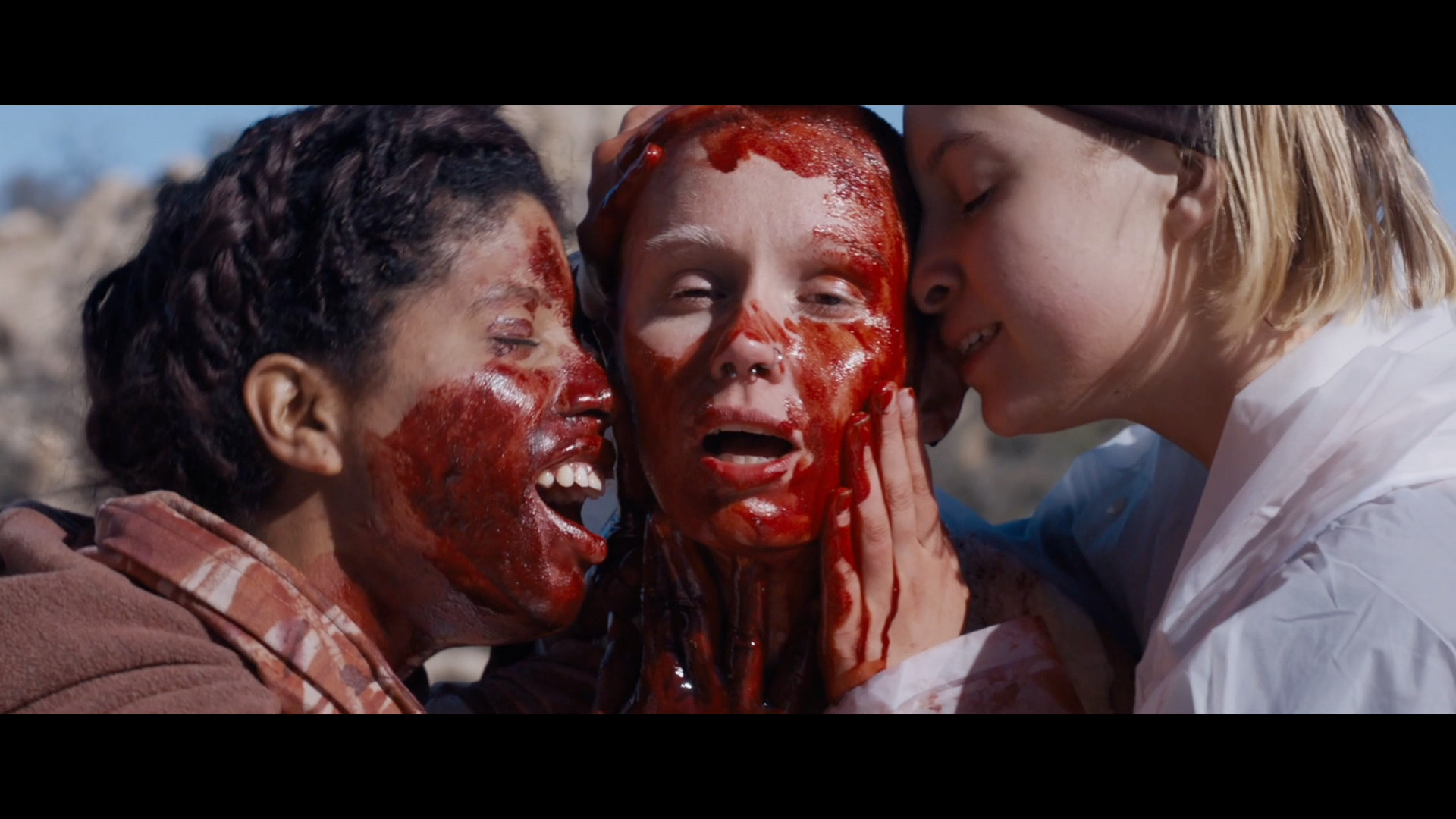 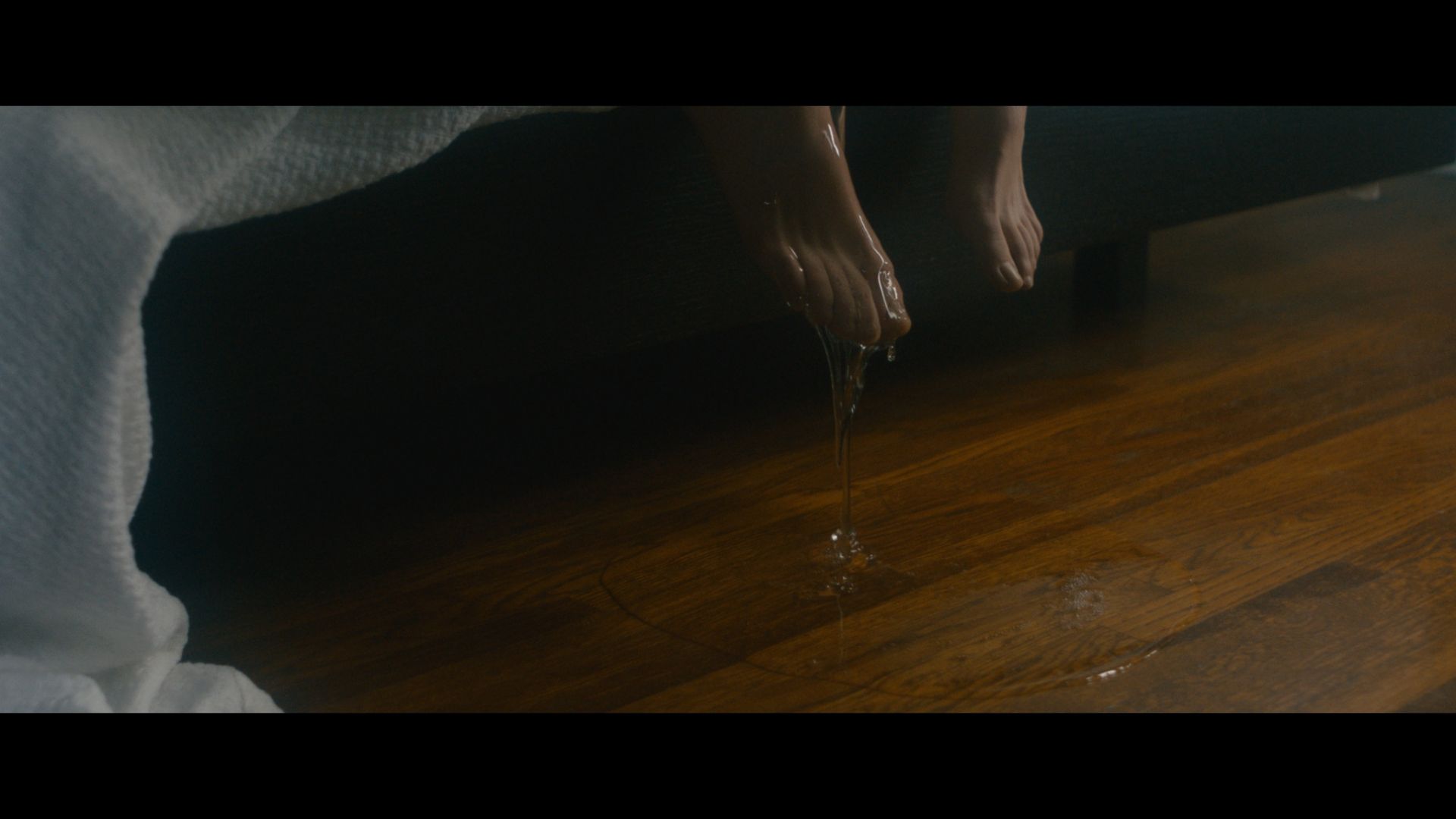 Can you open up a bit about your work and career? We’re big fans and we’d love for our community to learn more about your work.
For as long as I can remember I have been obsessed with horror films. At sleepover parties in middle school when the other girls were shrieking, watching Michael Myers terrorize Laurie from behind their splayed fingers, my eyes were glued to the screen. But watching my favorite genre of film has always meant being told that my body was created to be violated, that gendered violence was my birthright. For too long, genre films have offered only one point of identification for their female audiences: the broken body of the female victim. My goal as a filmmaker is to tell stories of female empowerment in the horror genre, to highlight the rich inner lives of women, restoring agency and complexity in a genre where we are otherwise overlooked. My films reclaim horror as a space of feminist subversion, reimagining classic tropes to construct new political meanings. The hallmark of my work is a dual emphasis on feminism and aesthetics, drawing from my background in fine art to create painterly horror films. Horror has long been a site of transgression, but my films ask the question: Who do we allow to transgress?

Let’s say your best friend was visiting the area and you wanted to show them the best time ever. Where would you take them? Give us a little itinerary – say it was a week long trip, where would you eat, drink, visit, hang out, etc.
Right now my favorite spot in the city is my couch, my favorite food spot is my fridge, and the best hang spot is in front of the TV. But I’ve been fantasizing about the LA I once knew before COVID, and have thought a lot about what a perfect day might look like. I would start with a matinee at the Laemmle Theater in Pasadena to see whatever new horror movie has just come out. This is my favorite time and place to see horror, because the 65+ crowd will see whatever movie is showing at 10am, regardless of what it is (my grandparents used to do this at least 5 times a week). I saw “The Witch” at a Laemmle matinee and a woman asked the guy sweeping the popcorn at the end of the movie for a refund because she thought it was “god awful.” Anyway, it’s a great place to start your day. After the movie I would drive down to Gjusta in Venice, order the fish plate, and sit outside with a good book. Then I would walk on the beach for a couple of hours. For dinner I would either go to Meals by Genet or Luv 2 Eat Thai and meet a friend for a drink at MiniBar after. Oh, and if I could squeeze a haircut in there somewhere, that would be great – it’s been a year. 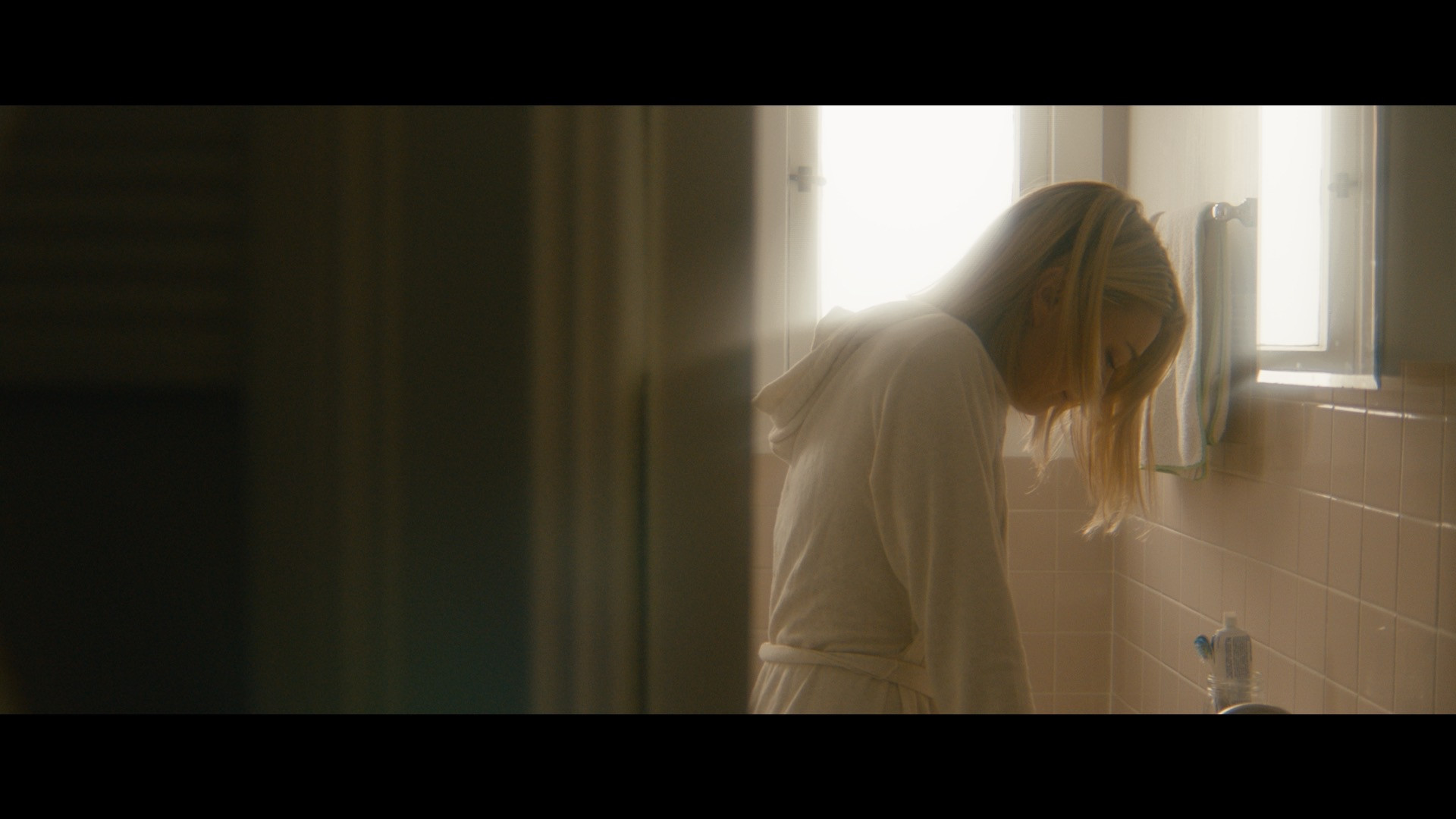 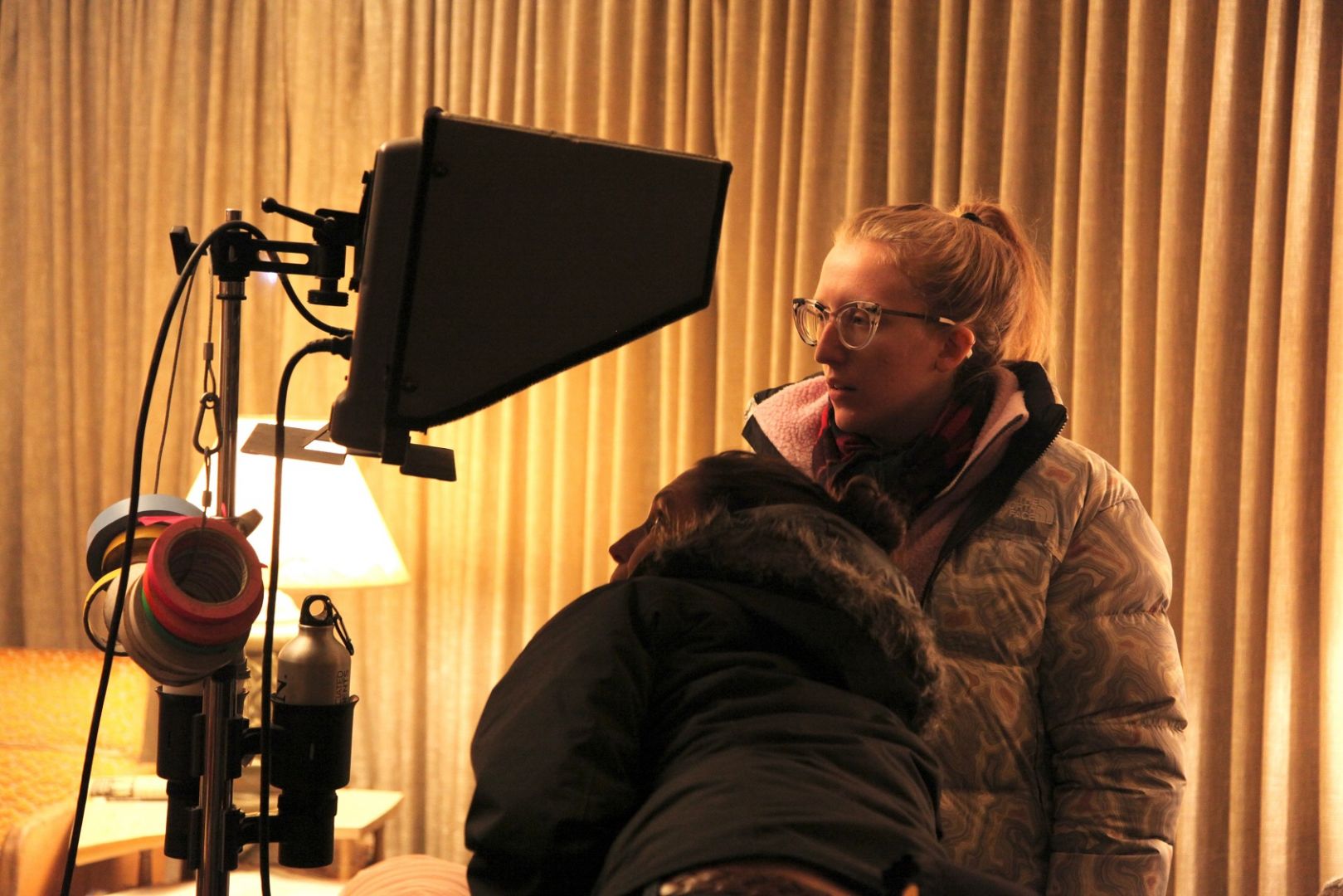 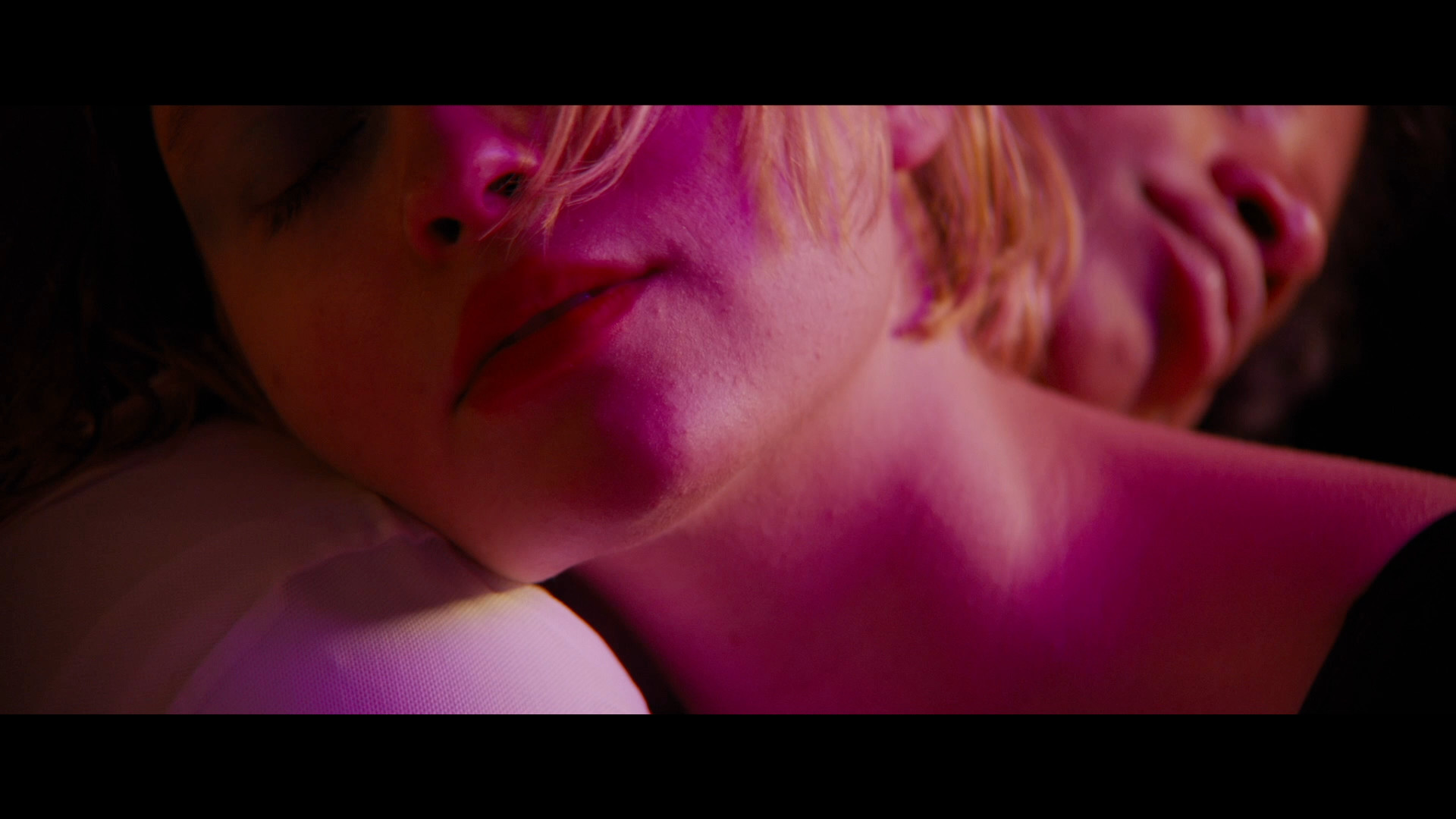 Who else deserves some credit and recognition?
Since its inception, the horror genre has been a boys’ club. From the Universal Monsters to Freddy and Jason, the dominance of the male gaze has been totalizing. Images of naked girls chased by faceless male pursuers, bouncing boobs splashed with blood, abound. However, if you dig deep enough, you can find an undercurrent of subversive horror films written and directed by women. And since the mid-2010’s feminist horror has had a kind of Renaissance, where female-led genre films have gained mainstream popularity. In 2014 and 2016 respectively, I saw “The Babadook” by Jennifer Kent and “Raw” by Julia Ducournau and felt for the first time that there might just be room for me. I owe my career to the fearless female genre filmmakers that have set the stage for a new kind of horror, one which is more inclusive and diverse than it has ever been. And on a more personal level, I want to give a special shoutout to the amazing female crew members I have worked with, who have taught me so much. In particular, the incredible cinematographer and my work wife, Hannah Getz.