We had the good fortune of connecting with Basil Sakr and we’ve shared our conversation below.

Hi Basil, why did you decide to pursue a creative path?
I pursued an artistic career in Acting because I always found myself creating videos for entertainment. I worked in Television for 4 years at NFL Network behind the cameras but I always wanted to work in front of the cameras. When my dad got sick I ended up getting my Real Estate License to help out more at home. Real Estate opened up doors for me to become an Actor. That’s when I started shooting video content to promote myself. I didn’t find myself making the average Real Estate videos that other people put out. I had to make mine unique, creative and funny. Even if nobody watched them, I still got a kick out of them myself. I had a lot of people mention that I was in the wrong field and should pursue a career in Acting. I heard it one too many times, so I thought I should look into it. Taking my first acting class was a life changing experience. I guess I could say I always wanted to be an Actor as a kid but never realized it until I took my first acting class. Little did I know playing make-believe and making fake TV shows as a kid would pave the way for me to be an Actor as an adult. From the first class I knew right then and there that I loved acting and wanted to be an Actor. I always wanted to be a cop or detective growing up, but I found with acting I can be any profession I ever wanted when I played that character. Even though I started late in the game, I’ve managed to book exciting roles and I pursued my passion. It’s never too late to follow your dreams. 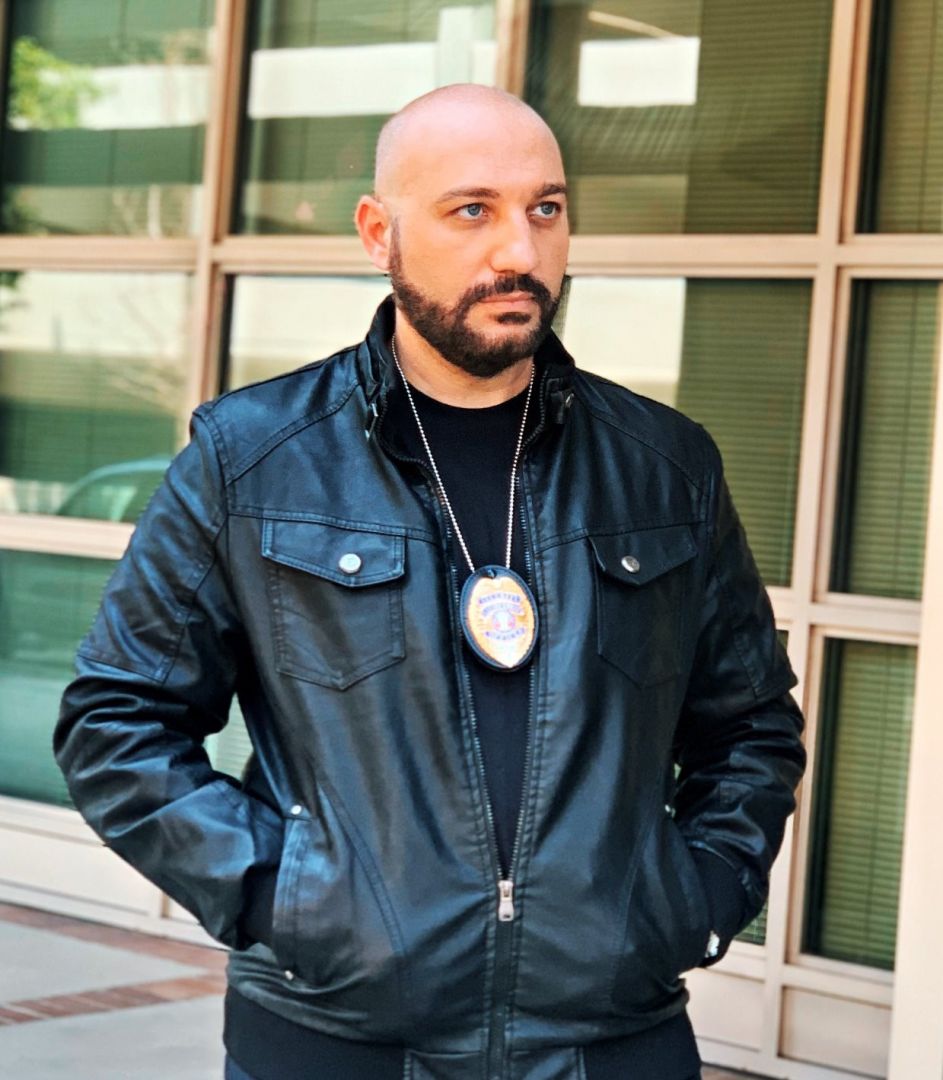 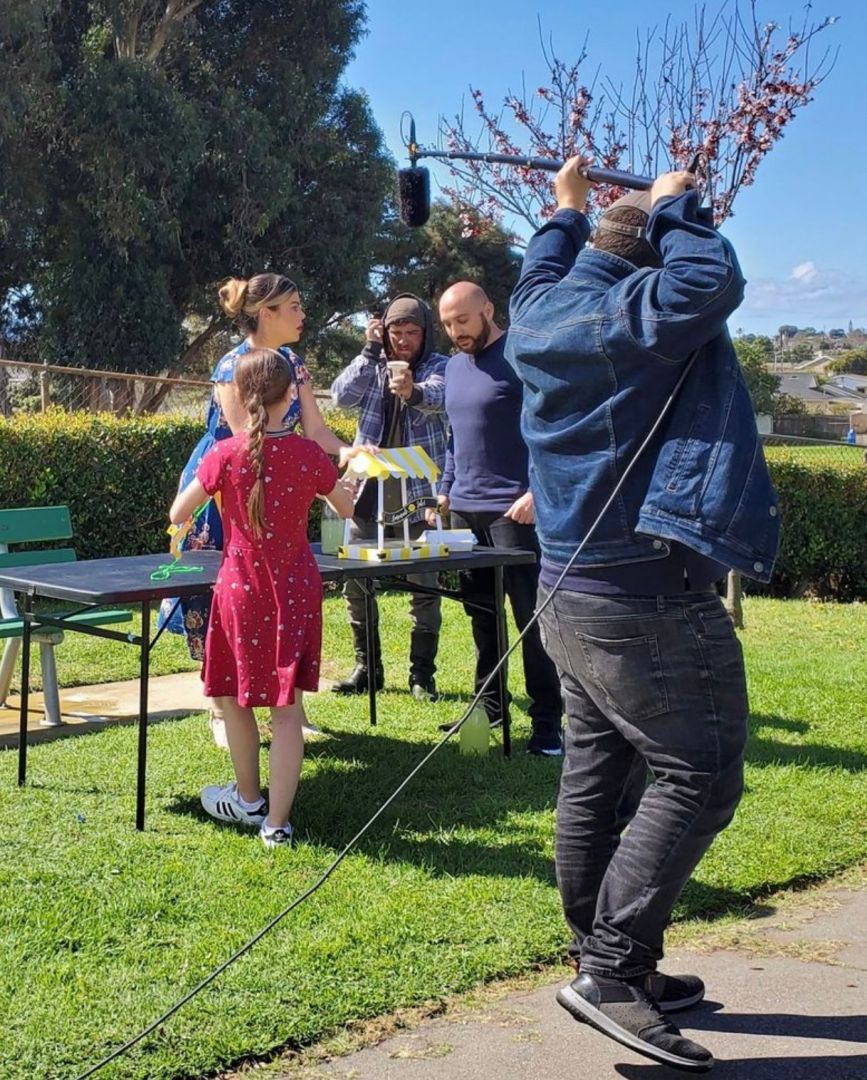 Let’s talk shop? Tell us more about your career, what can you share with our community?
One of the reasons I got into Acting was because I felt like I couldn’t get in touch with my emotions. I was always shy growing up. Even though I’m very outgoing and have a loud presence about me, I’m very much an introvert. Acting helped me build confidence and truly know who I am as a person and help me understand everyone around me. Even though I started acting in my adult years, I’ve had an amazing journey. It wasn’t easy by any means, especially with the pandemic closing down the studios. I overcame it by not giving up and applying myself to any role that fits. I also worked on my craft and stayed sharp during the pandemic so when the studios opened up again, I would be ready. I enjoy being on different sets and being involved in the movie magic that goes along with it. It still amazes me to be on a movie set and getting transformed into a different state, country, or even a different era. Seeing the setup and all the hard work that goes into production really intrigues me. Being able to portray different characters and put my own experience into the character is fun. Taking a script from black and white sentences and breathing life into the character is what I live for. I’ve played roles such as Comedic Dad, Bad Guy Bully Roles, Mob Boss, Cop, Detective and even a Zombie in a Ryan Murphy Production. I got typecasted from the beginning as a bad guy, which is funny because in real life I’m a kind and genuine person who just wants to make people laugh. I’ve worked hard to break out of the bad guy mold and land my way into more comedic roles. Being able to meet and work with some celebrity actors is such an amazing accomplishment, it’s such a surreal feeling. I’m so thankful and blessed, I take every role as an opportunity to learn and grow. 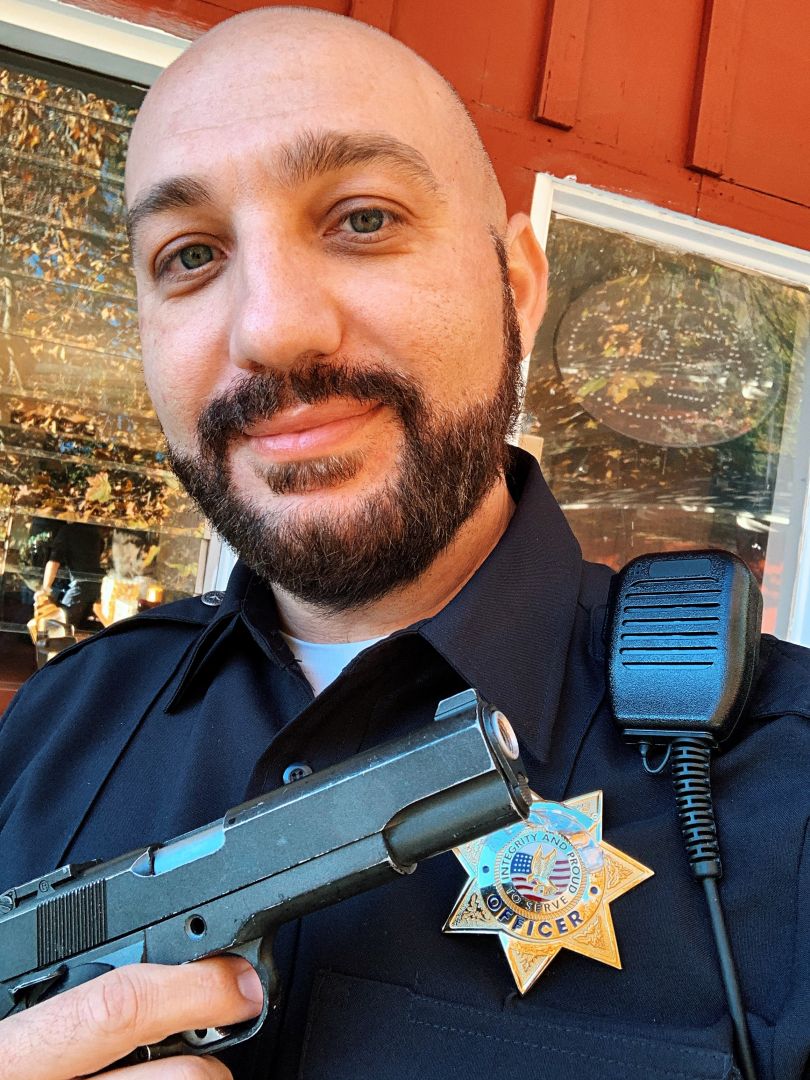 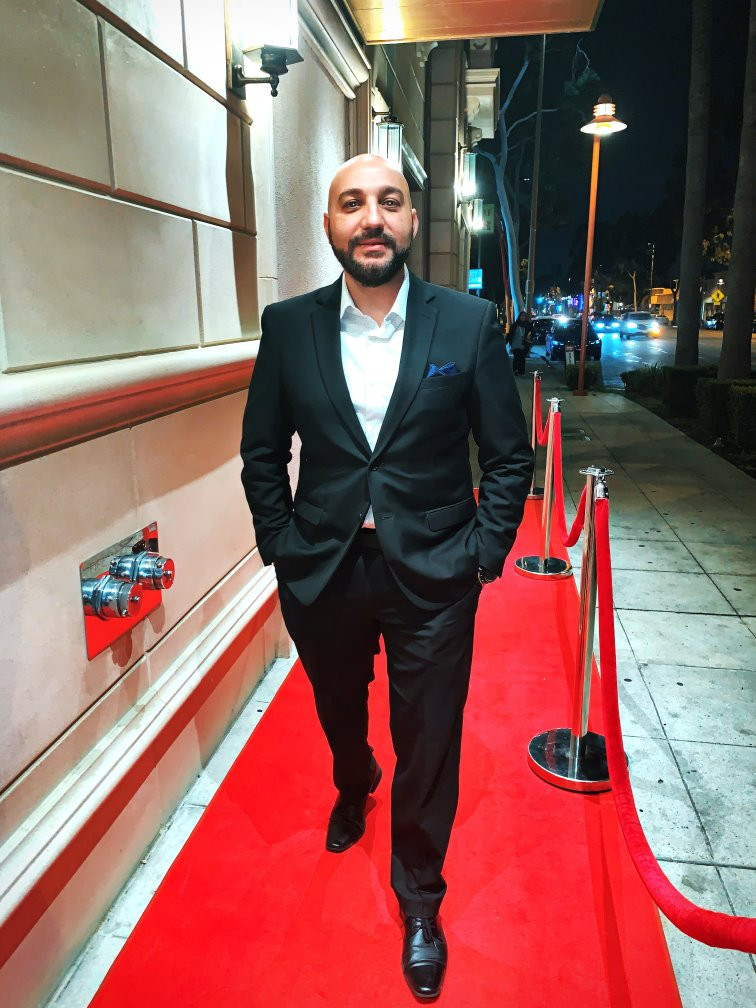 If you had a friend visiting you, what are some of the local spots you’d want to take them around to?
California has everything. If you like Mountains, Snow and Skiing, we have that. If you like beaches, we have that. If you like suburbs that are quiet, we have that too. When people come from out of town they always want to see Downtown LA and Hollywood. So I always take them to the Hollywood Walk of Fame first. Then I take them to my favorite place in the world, City Walk and Universal Studios. I also like to go to The Grove and Beverly Center. One of my favorite spots to stop and take cool photos is the Urban Lights. It’s a bunch of lamp posts placed in a row that makes great photo shoots. As far as food goes, you can’t come to LA and not have an In-N-Out Burger. It’s iconic LA. If you want some good Hispanic food, King Taco is my go-to spot. As for dessert, Millet Crepes in LA is one of my favorites. They mix Ice Cream and Crème Brule in a Crepe. Sunsets in California are the best and very colorful, you can literally go anywhere and see an amazing sunset. One of the best places to catch the sunset is at the beach. 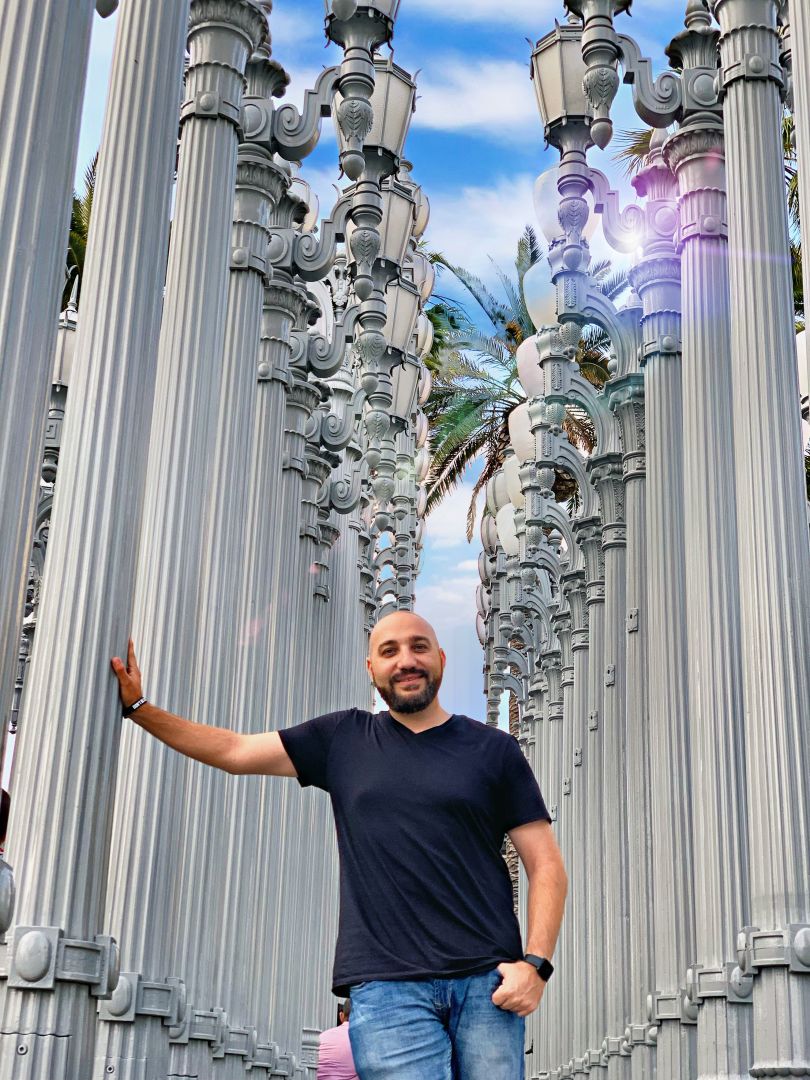 The Shoutout series is all about recognizing that our success and where we are in life is at least somewhat thanks to the efforts, support, mentorship, love and encouragement of others. So is there someone that you want to dedicate your shoutout to?
I would like to give a shoutout to everyone who believed in me and supported me when I decided to go into acting. It has not been an easy journey by any means, I’ve even had people tell me to get a real job. I really want to thank everyone from the bottom of my heart who has been a part of my success. Family, friends, Directors, Casting Directors, Acting Coaches and other Actors who have helped me stay focused and continue to remind me why I love being an Actor. You all make me proud to say that I am an Actor. 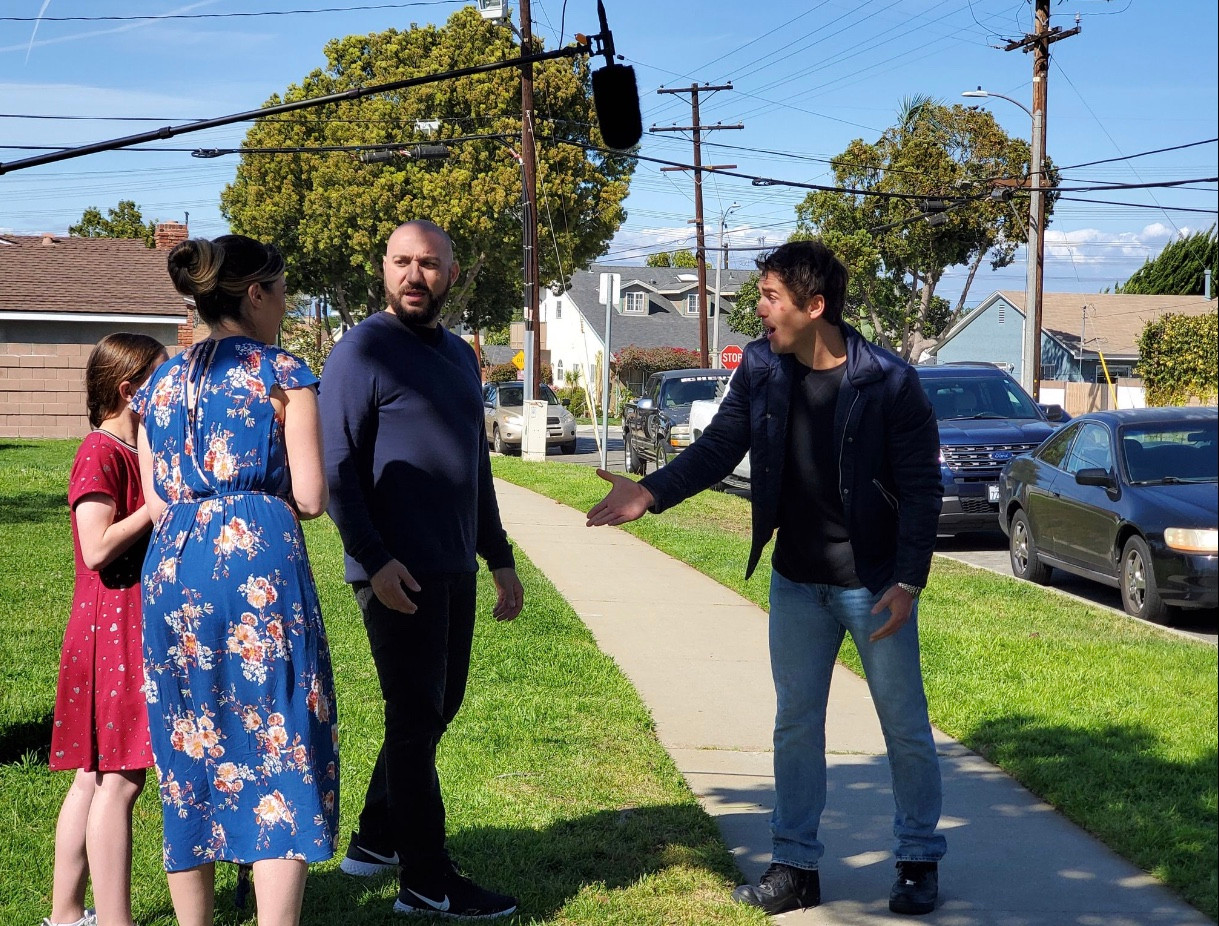