We had the good fortune of connecting with Bel Deliá and we’ve shared our conversation below.

Hi Bel, what role has risk played in your life or career?
Risk is inevitable in any career and honestly life would be a little boring without it. Though I wouldn’t class myself as a risk taker naturally, virtually every career and life decision has been all about taking a calculated risk. I think one way to take the pressure off yourself when it comes to your career is to know that every choice has multiple outcomes so essentially you are only steering things in the direction of your choosing but the results will always be varied, so if you have good intentions you should end up at very least heading in the right direction. I always knew I wanted to be in film and television from the get go, right out of school, however I didn’t really know in what capacity, only that I would be in that field. I had a very broad and general idea, ‘I’ll be in the Film and Television Industry’, that was it. As a massive introvert right out of school, I worked away in various areas of film and television production until ultimately being drawn to Producing, Creating my own content and ultimately Acting. All very risky being front and centre positions. I took my first acting class at 30 and eventually moved to Los Angeles from Sydney almost 8 years after that which could be considered late to be getting on my feet here but for me that was my own risk to take. The role risk has taken in my career is still playing out, without moving to Los Angeles I may not have become as invested in some of my community interests and projects, if I hadn’t re-directed my career into that of a creator and artist I would not have jumped into acting or made my own projects nor written future ones. The way I look at it, by taking risks, your career will always be unfolding rather than safe and stagnant. Risk happens whether you instigate it or not, so you may as well participate in what those risks are. 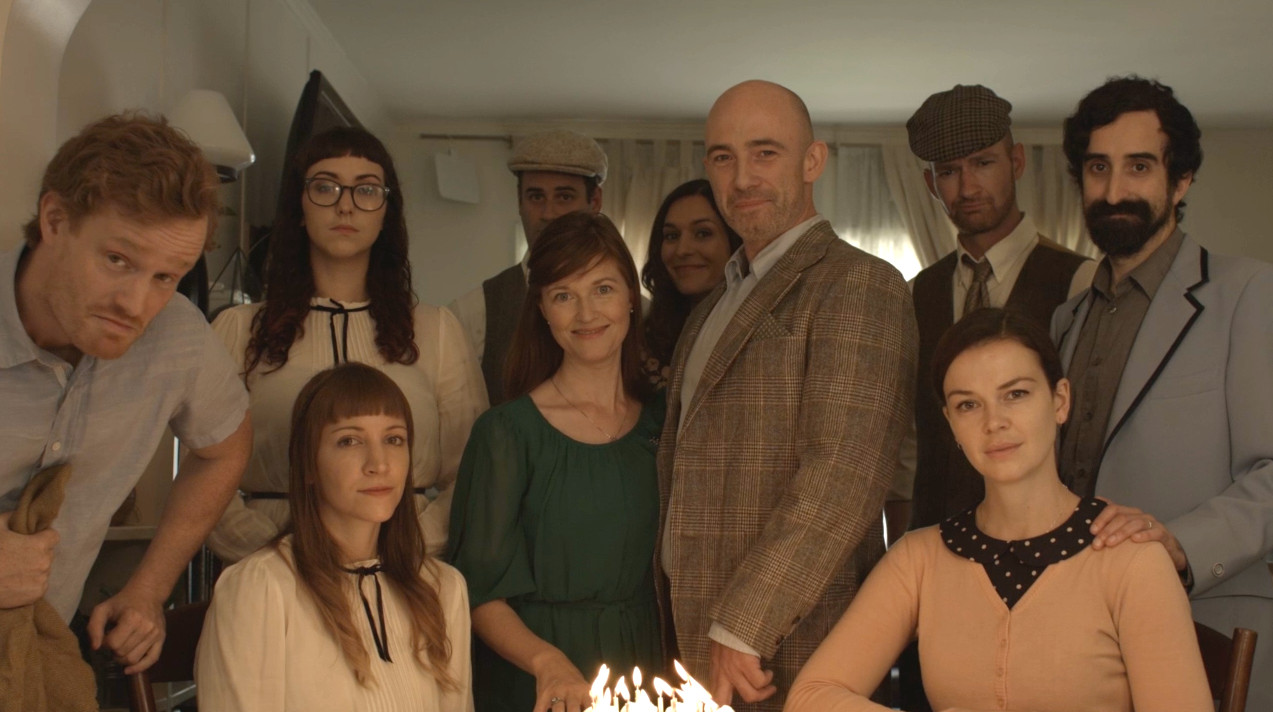 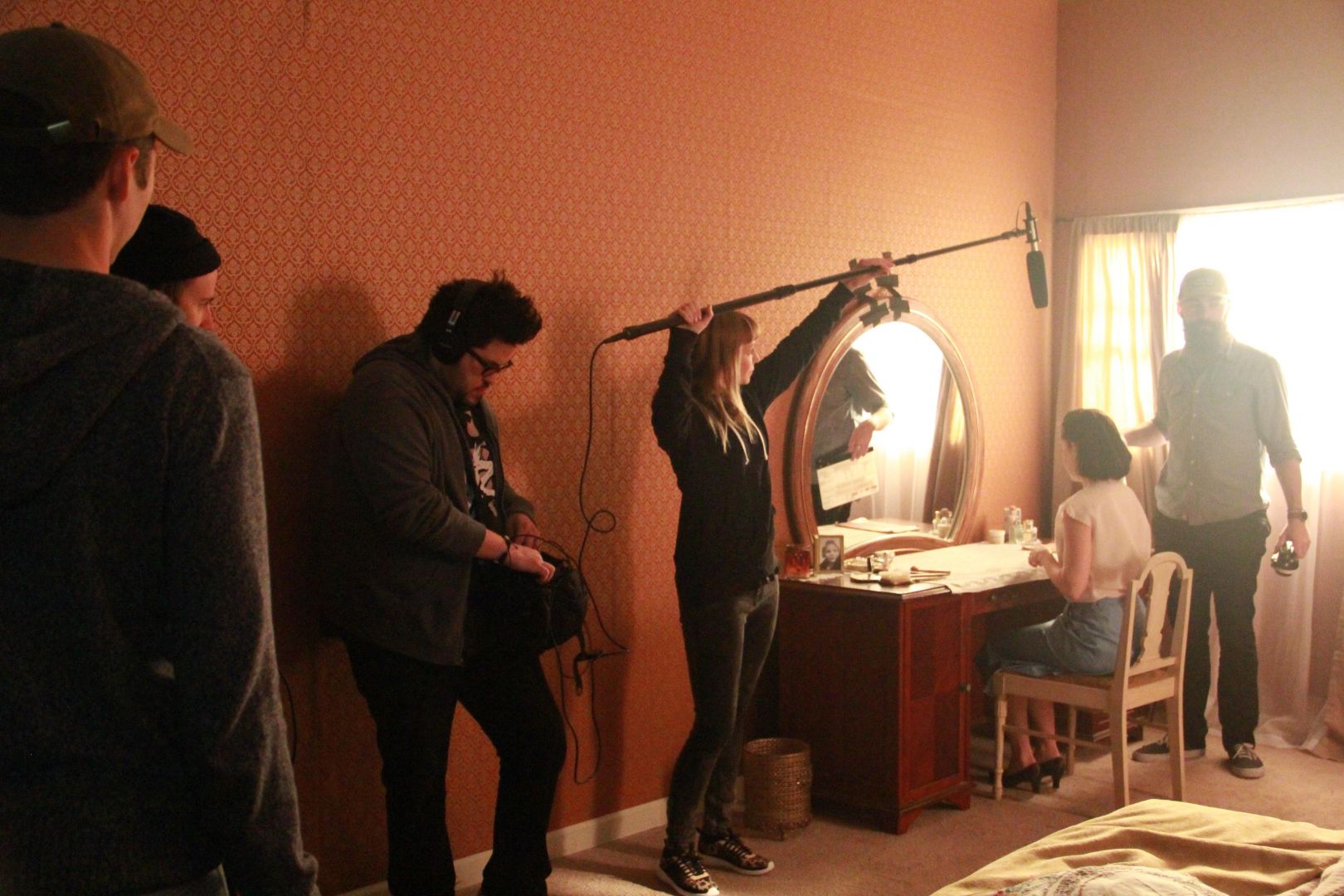 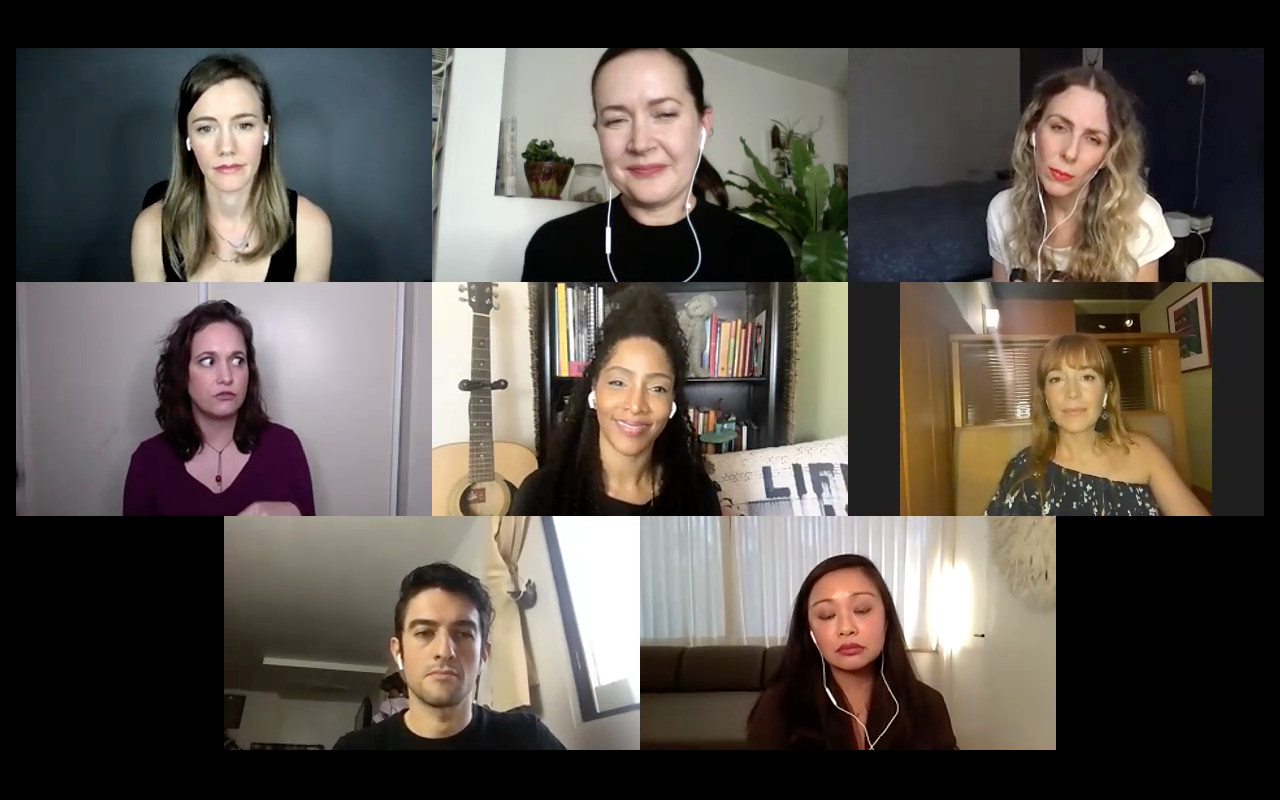 Let’s talk shop? Tell us more about your career, what can you share with our community?
I am living the true life of a multi-hyphenate artist, which keeps me busy and certainly has its challenges. I’m continuously moving from one field to another and back again. From producing with NBC’s E International for the Oscars, Grammy’s and Emmy’s, to producing a brand based facebook dance music video series, to getting down on a more creative level with my own indie film projects – writing and producing short film, music videos, developing feature films, writing and collaborating on my own screenplays to prepare a slate of future content. I’ve found dedicating myself to one project at a time is the only way to get anything done, be it an hour or a day. As an actor it’s essential to keep creating for yourself and having the ability to write and produce to keep you moving forward in the quiet times. I’ve enjoyed immensely each and every time I’ve been on set whether it’s on a television set or film set and whenever I’m not on set I’m really just working to get back there. Some of the highlights that motivate me to keep creating are past experiences such as – my first feature film as an actress on a true guerrilla Indie film set THE TUNNEL in Australia, to my own indie set where as a producer and actress I was a part of self made content for a period horror called SCRATCH to being a part of larger studio productions such as Epix GET SHORTY and Hulu’s HALLOWEEN ANTHOLOGY. As a creator in this industry can be isolating at times in its pursuit so I also like to do my best to stay connected to the creative community where possible in ways beyond the film set. This is why I started MarkIT Indie, a community driven Indie film event, not only to keep myself connected but to allow others in the industry at any level to have a means to plug when they might not have a project or shoot on the go. Another project I created for the same reason was From Bottom to Top in which we interviewed Skid Row artists at The People Concern’s site in DTLA to share an opportunity to the wider community to connect with people they may not usually connect with on a creative level and as fellow artists. All of this at the end of the day is to share what you have created with an audience and have it leave it’s mark, so to that I’m happy to share some content that is either out there or will be soon. For any Sci Fi lovers I cannot wait for you to check out Sci Fi film THE TANGLE in which I play Cleo, you can look out for early 2021, for any horror lovers please enjoy my cast and crews contribution BECOMING PATRICK to anthology film HAPPY HORROR DAYS on Amazon Prime and while on Amazon Prime please head over to be inspired by FROM BOTTOM TO TOP docu-series. For any of you indie filmmakers our there doing your best to find your way through this pandemic please head over to our MARK IT INDIE site to watch our 2020 panel on ‘Finding Creativity and Community’ in a Pandemic.

Any places to eat or things to do that you can share with our readers? If they have a friend visiting town, what are some spots they could take them to?
My favourite places in LA are always the ones funnily enough where you feel like you can escape LA, such as Griffith Park, Malibu Pier and Beach and Topanga. I would recommend those to add to any itinerary. What I find fascinating about LA though, is there are lots of contradictions and I think it’s important not to skip over them, the backdrop of stunning DTLA with the challenges for many of our vulnerable neighbours on Skid Row. The award shows and the large number of actors hustling, auditioning working their tails off. One thing I really love the most is community. Don’t forget to shop local on your visit. With the pandemic we’ve seen how important shopping local is to help your community thrive, I’d always point locals and future visitors to some friends stores and places I admire for their tenacity in small business… Risk takers! The Plant Provocateur https://www.plantprovocateur.com The Palm Coffee Bar https://www.thepalmcoffeebar.com The Canyon https://shopthecanyon.com All Time Café https://alltimelosangeles.com 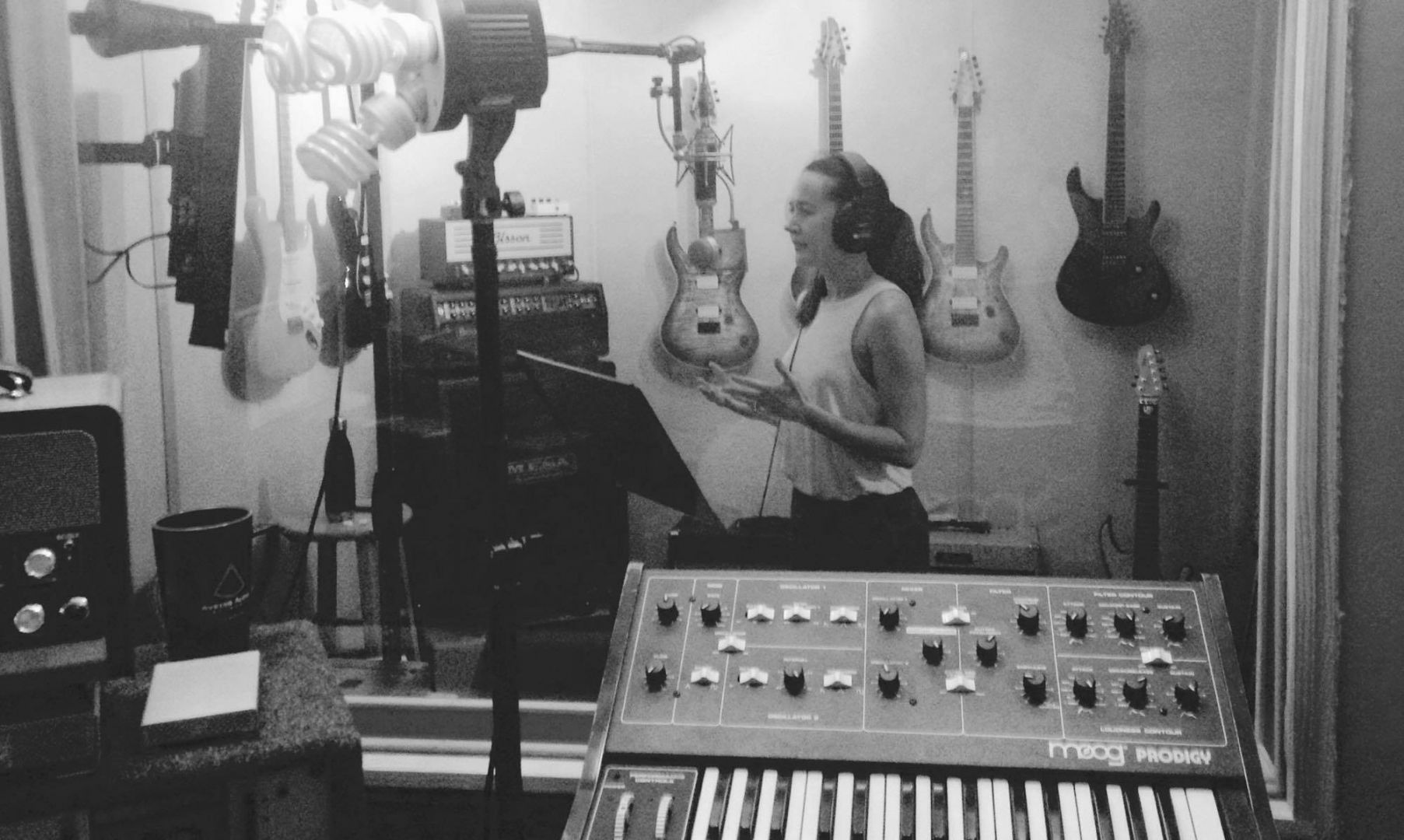 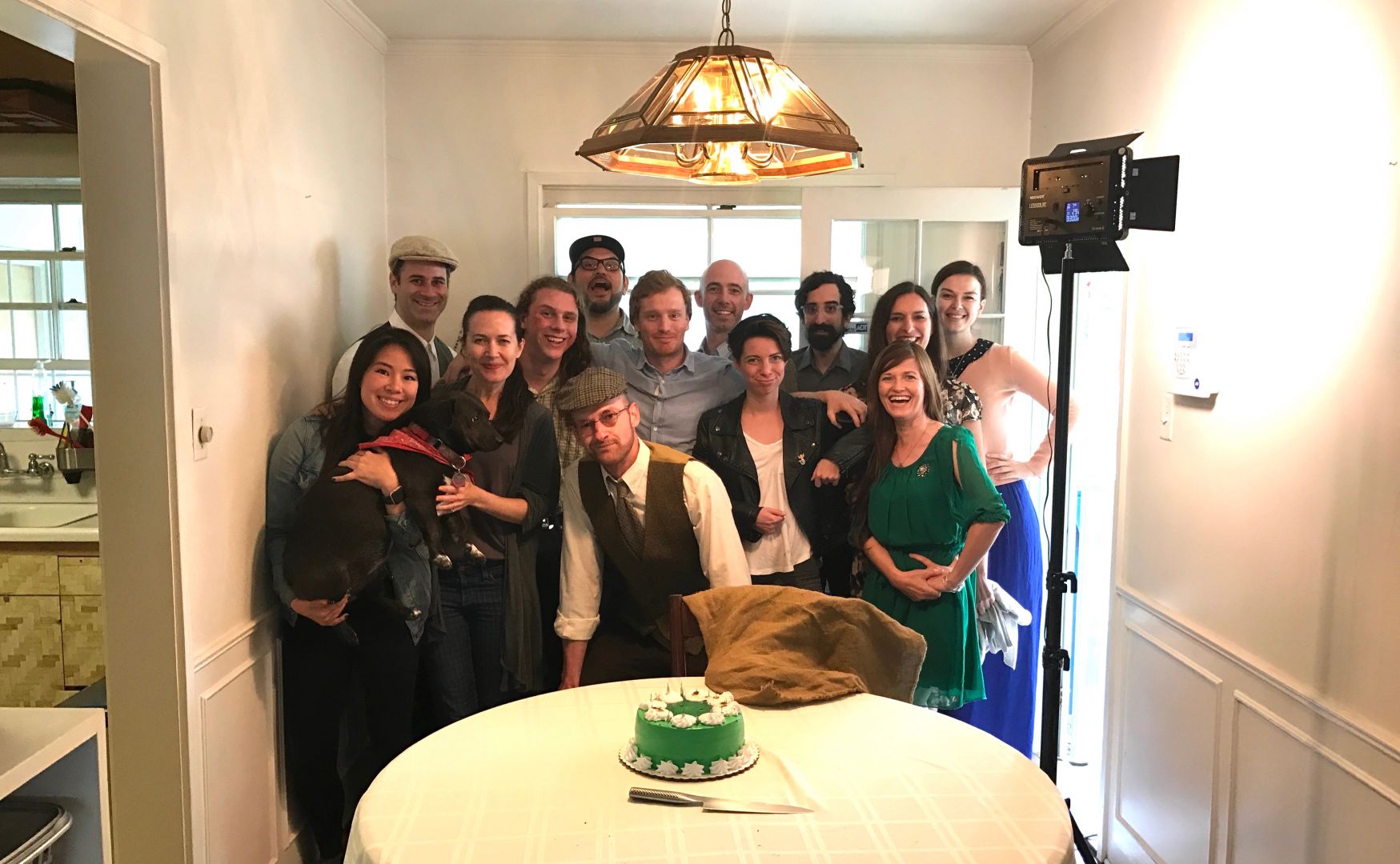 The Shoutout series is all about recognizing that our success and where we are in life is at least somewhat thanks to the efforts, support, mentorship, love and encouragement of others. So is there someone that you want to dedicate your shoutout to?
I’d like to dedicate my shoutout to the participants of Studio 526 Art Studio and How We See It photography project. Both of these programs are made up of participants who are not only creatives and artists but those who have been directly affected by homelessness in one way or another in their lives. I’ve been lucky to get to know them through my involvement in a couple of projects over the years and their passion and perseverance is nothing short of inspiring. Though I was involved in projects to support them, they certainly have been of an immense support and encouragement to me! Adding to that I’ll include in that each and every actor in LA who has still not given up. We got this! And last but not least, with all that we are living through right now, I don’t think I’m alone with feeling that we owe it all to the healthcare and essential workers.