We had the good fortune of connecting with Bill Rude and we’ve shared our conversation below.

Hi Bill, why did you decide to pursue a creative path?
There wasn’t really a choice. If you have the spark to create, it is uncontrollable and it will find a way to be expressed wether it be visually or otherwise. When I graduated from the Minneapolis College of Art + Design I was elected class speaker, and spoke about the connections between science and art. My belief is that all creativity is based entirely around the passion to answer questions, and communicate theories. How does one paint expressively? Is the speed of light constant? How do we feed the hungry? Big or small, people will stand on the shoulders of the giants before them and without conscious thought relentlessly pursue answers to questions that may not even exist yet. My personal research… What makes a 1950s monster so cool? 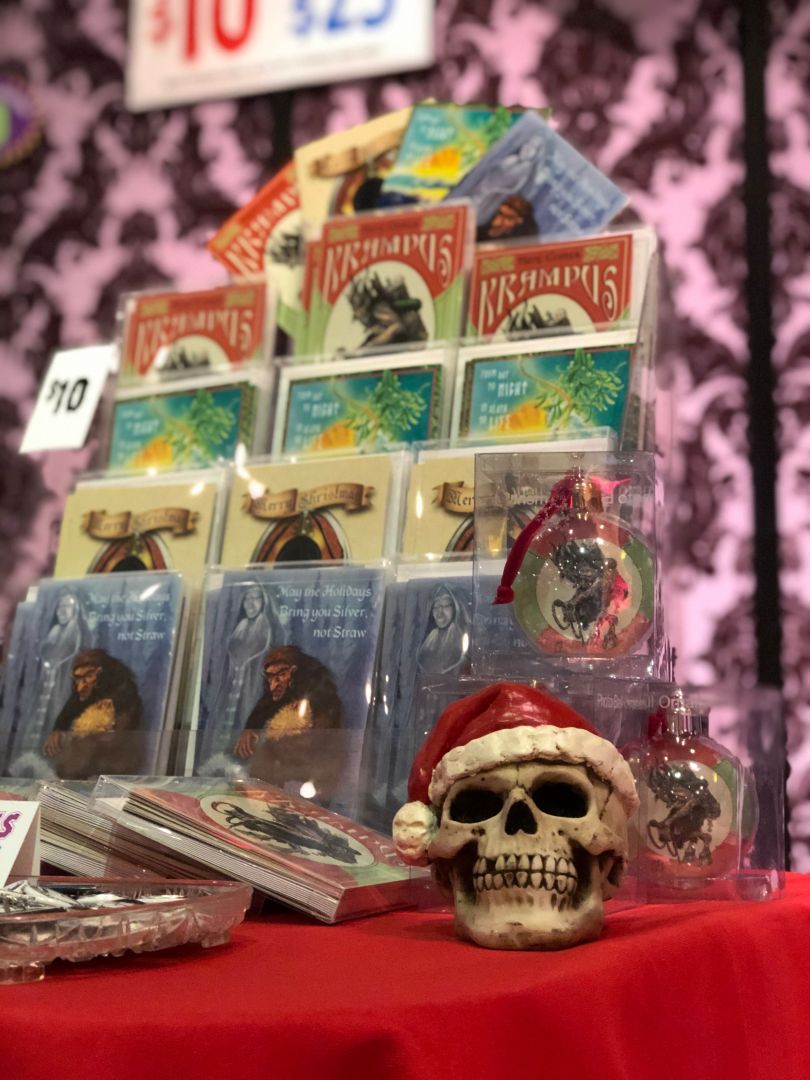 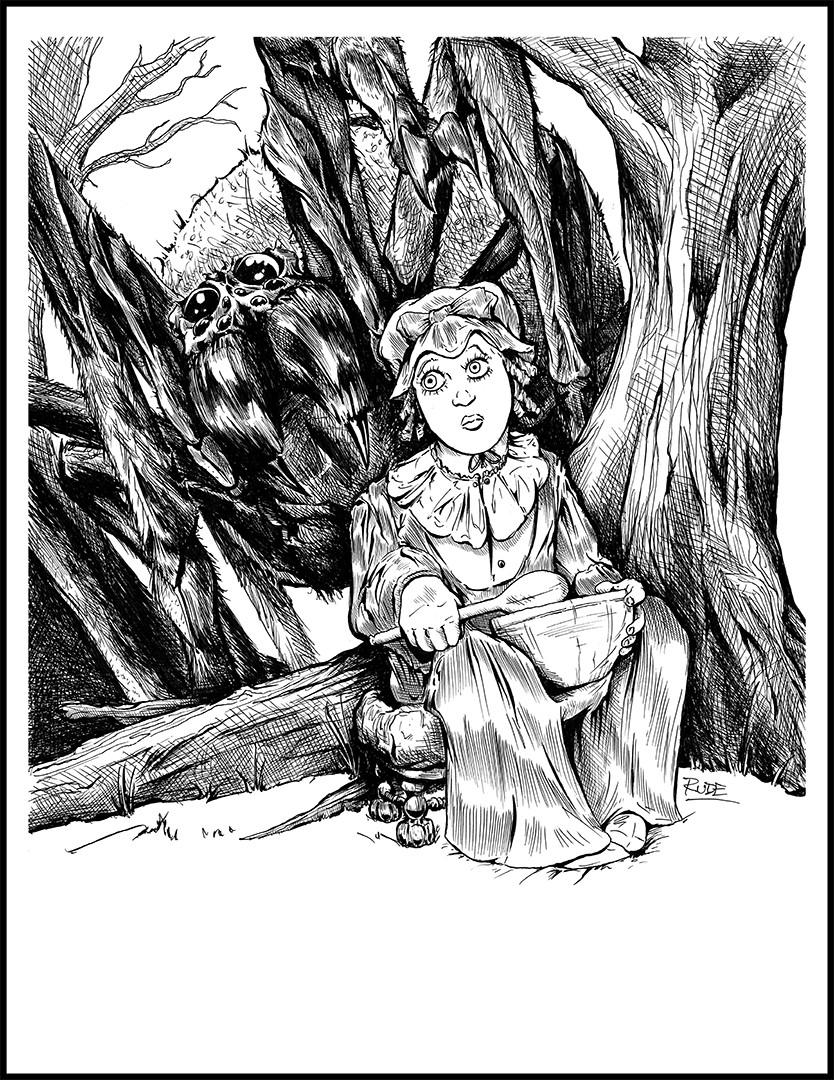 Alright, so let’s move onto what keeps you busy professionally?
My work is retro-horror styled fine art that is represented under the moniker of “7 Hells” (named in the late 80s when I was drawing grotesque skateboard stickers). What probably sets my work apart in the horror world is the focus on story telling and communicating history.

The 7 Hells body of work consists of multiple facets that are specifically geared toward original artwork for Art Galleries and event showings.  All of this has directly inspired merchandise, both as mass-produced pop-art as well as intellectual property licensing, collaborations, and reproductions for collectors.
An important distinction when I wade into this territory is that I do not do illustration. At the end of the day, it is fine art that may have an illustrative style, and may even have been used as illustration, but it is not art for hire. I’ve got a day job where I’m creative for other people!
The difference is that a collaborator may reach out to do a project and I pitch what inspires me about it, as a whole. If they agree there may be some back and forth but more often than not they see it for the first time much closer to when it’s finished and about to be delivered.
If we don’t have a meeting of the minds in the first conversation, it’s no big deal and we go our separate ways. There are a lot of better artists out there that have a natural knack for delivering astounding visuals to connect with someone else’s vision.
Examples of the diverse 7 Hells merchandising partnerships include: a line of perfumes by Black Phoenix Alchemy Lab [ blackphoenixalchemylab.com ] called “7 Hells Scents of the 7 Seas” inspired by the historical horrors of tiki culture, there are also one-of-a-kind creations such as Disney ‘Vinylmation’ vinyl toys, a custom purse with Kreepsville 666 [ kreepsville666.com ], Chocolate Bars with Sweet Hollywood (RIP), and most recently a pinball collectable I got to design for Spooky Pinball [ www.spookypinball.com ] and the Bela Lugosi Estate. But by far the most popular items we have in the 7 Hells world are horror holiday cards and ornaments. Spun off from my original Fairy Tales artwork, these are depictions and explanations of actual dark winter legends from around the world.
The final point of the 7 Hells multi-pronged presence in the horror community that keeps me busy is what I refer to as ambassadorship. It’s researching, writing, and lecturing on the history of horror and genre in popular culture, as well as being a general representative of what is a cultural lifestyle for many people. This outreach includes live presentations at college classrooms and events, the 7 Hells YouTube channel that shows behind the scenes glimpses of creating artwork and living a life in the horror community, and then of course there is the 7 Hells Krampus… based off the Bavarian Christmas Demon of the same name, the 7 Hells Krampus has been making live appearances around Southern California since 2012!
To sum it all up, pursuing a diversity of experiences in the horror world is what keeps me busy. 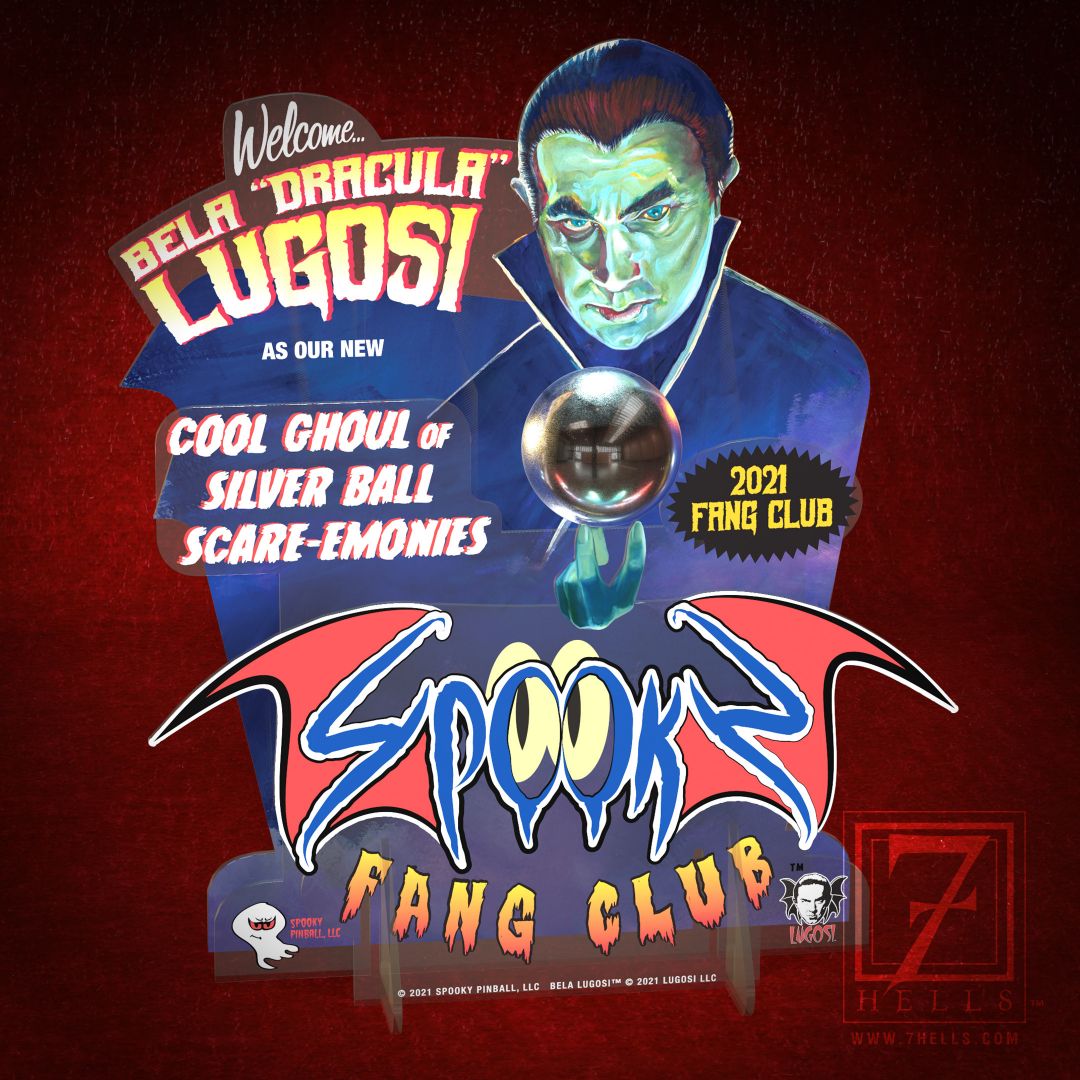 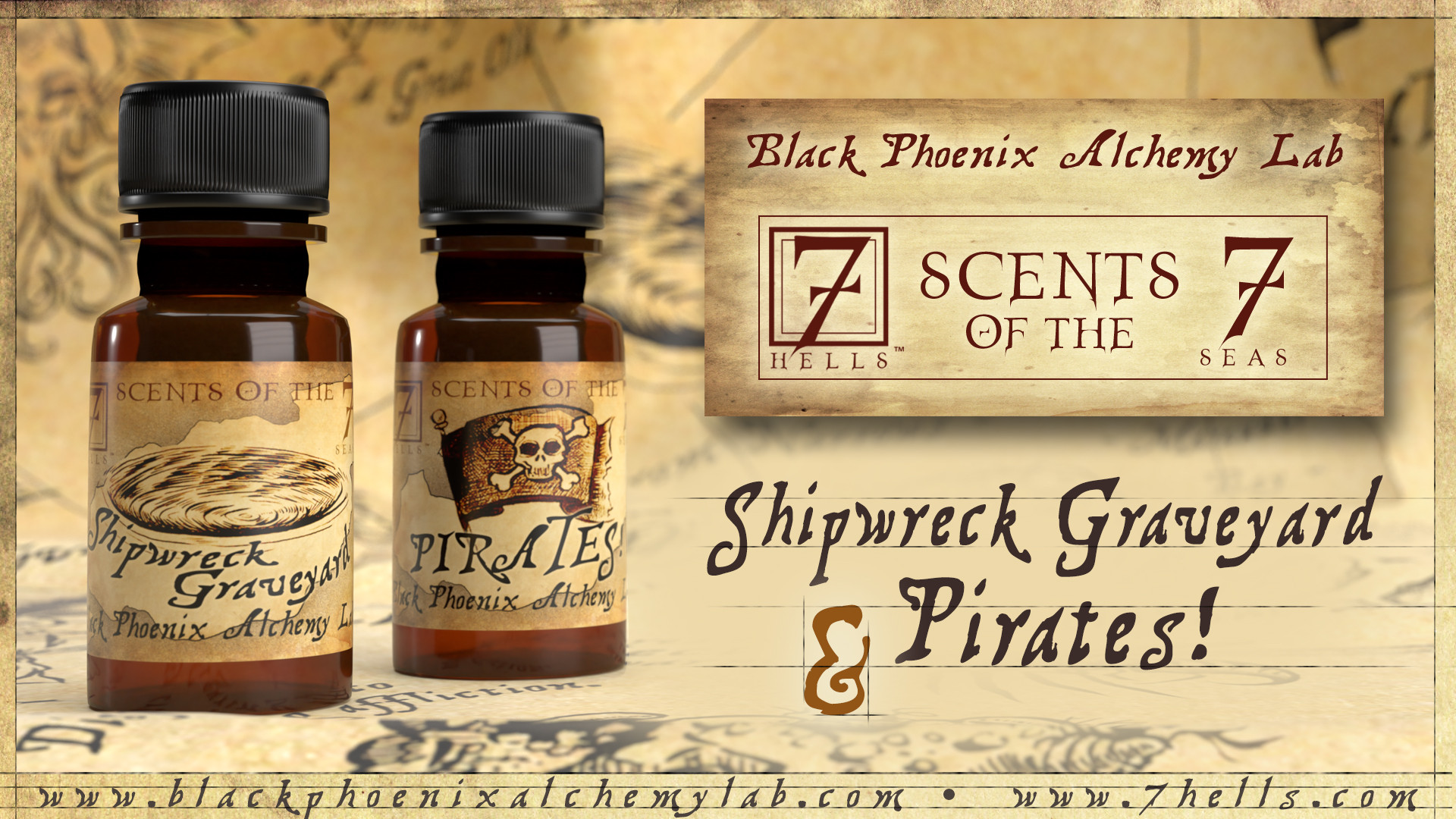 Let’s say your best friend was visiting the area and you wanted to show them the best time ever. Where would you take them? Give us a little itinerary – say it was a week long trip, where would you eat, drink, visit, hang out, etc.
The most valuable thing for someone hosting visitors, really, is to listen to what they would like to do and then find an LA twist. When that happens to me, all roads lead through three points 1) History, 2) Pop-Culture and 3) Horror.

The first stop I take with anyone who visits is ‘Horror Row’ in Burbank. Starting with the Dark Delicacies horror bookstore on Hollywood Way, and winding down Magnolia through a multitude of vintage clothing stores, collectable toy stores, and easing into the Bearded Lady and the Halloween Town compounds. It’s a one-of-a-kind experience that horror fans from anywhere in the world appreciate, and with the way so many other great businesses have been priced out of that area after making it a destination, I’m not sure how much longer it’s going to be around.

Then I try to fit in some significant historical stops. While in Burbank you have to roll past the studios like Warner Bros or Universal. If I’ve got a connection to a production going on I’ll try to get us on the lot. Swinging by Barris Kustoms is a necessity and try to catch a glimpse of the Batmobile. Admire the googie architecture of the Safari Inn or the original Bob’s Big Boy, and maybe catch their weekend car show.

Even getting out in nature I try to incorporate more Hollywood history. If we go to the beach, it’s going to be Zuma where I can point out the Planet of the Apes Statue of Liberty location or the corner of the parking lot where Jim Rockford lived out of his trailer in the Rockford Files. Before the Woolsey Fire in 2018, hikes would always be directed at Paramount Ranch and their standing Western Town, or up to the M*A*S*H set in Malibu Creek. On the other side of the hell? then wander up to the Griffith Park Observatory and discuss Rebel Without a Cause, before getting your mind blown by science!

Eating always consists of at least one In-N-Out Burger stop, and some sort of seafood with an ocean view like Duke’s in Malibu. Other than that you find out what your visitors like and you can always find something that is worth their while that is unique to LA.

I don’t drink so if we’re going to hit up some bars they have to be interesting, haha. Tiki bars like the Tonga Hut, Tiki-Ti’s or Lono Hollywood are great places for mingling, and the scene is so small that we’ll probably know a bunch of people there any night of the week. Since everyone usually tries to squeeze in a visit to Disneyland, Trader Sam’s Enchanted Tiki Bar may actually be the best place to just relax and have a night with the possibility of authentic live Hawaiian music. Pinball is a huge part of our life as well, so at least one evening has to be spent at AYCE Gogi in Van Nuys, and their hidden back room bar filled with over a dozen pinball machines.

For entertainment, I’ll usually suggest going to a movie in Hollywood on it’s opening weekend. It sounds pedestrian, but people from outside of Los Angeles usually don’t fathom the cultural experience in seeing a movie in a 100 year old theater in the cradle of entertainment, and the audience going totally bonkers. Going to the Chinese, the Egyptian, El Capitan, the Vista, or Cinerama Dome on a Friday or Saturday night has the energy of a night club and there’s a good chance you may even get to follow it up with real props or costumes in the building.

In over 20 years of living in Los Angeles, a day has not gone by where I do not appreciate the magic of movie history and I love to share that un-ironically with everyone. 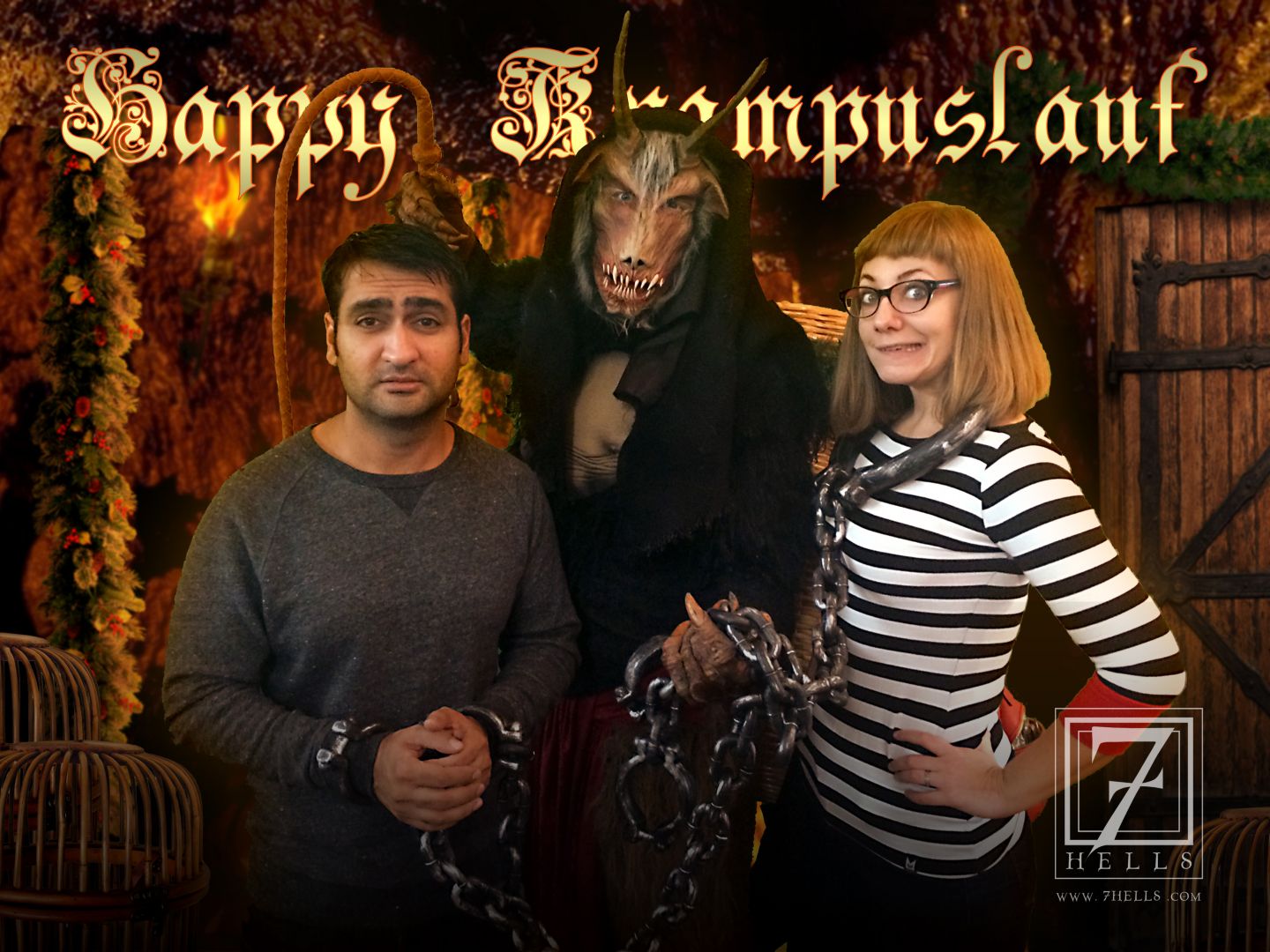 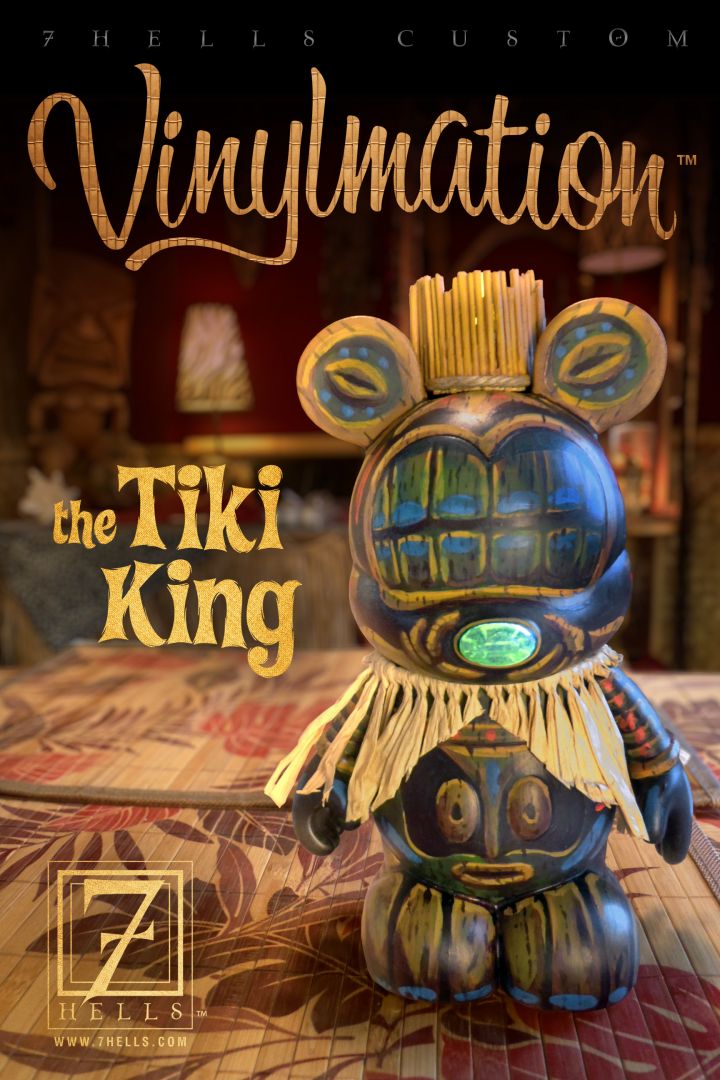 Shoutout is all about shouting out others who you feel deserve additional recognition and exposure. Who would you like to shoutout?
I owe everything to my Parents. My original plan was to major in theoretical physics, even though I could barely keep up in the practical physics classes I was in in high school (the theoretical side was so inspiring and creative!), and minor in film, which is what I actually wanted to make a career out of.

One day my Dad literally took me aside and asked me to apply to at least one art school. So I applied to one art school, got a scholarship to the Minneapolis College of Art + Design, and got to make art about theoretical physics for four years!

Being surrounded by other curious and creative people taught me that you can fuel and challenge your intellectual inspirations on your own. This is something I try to continue to this day. 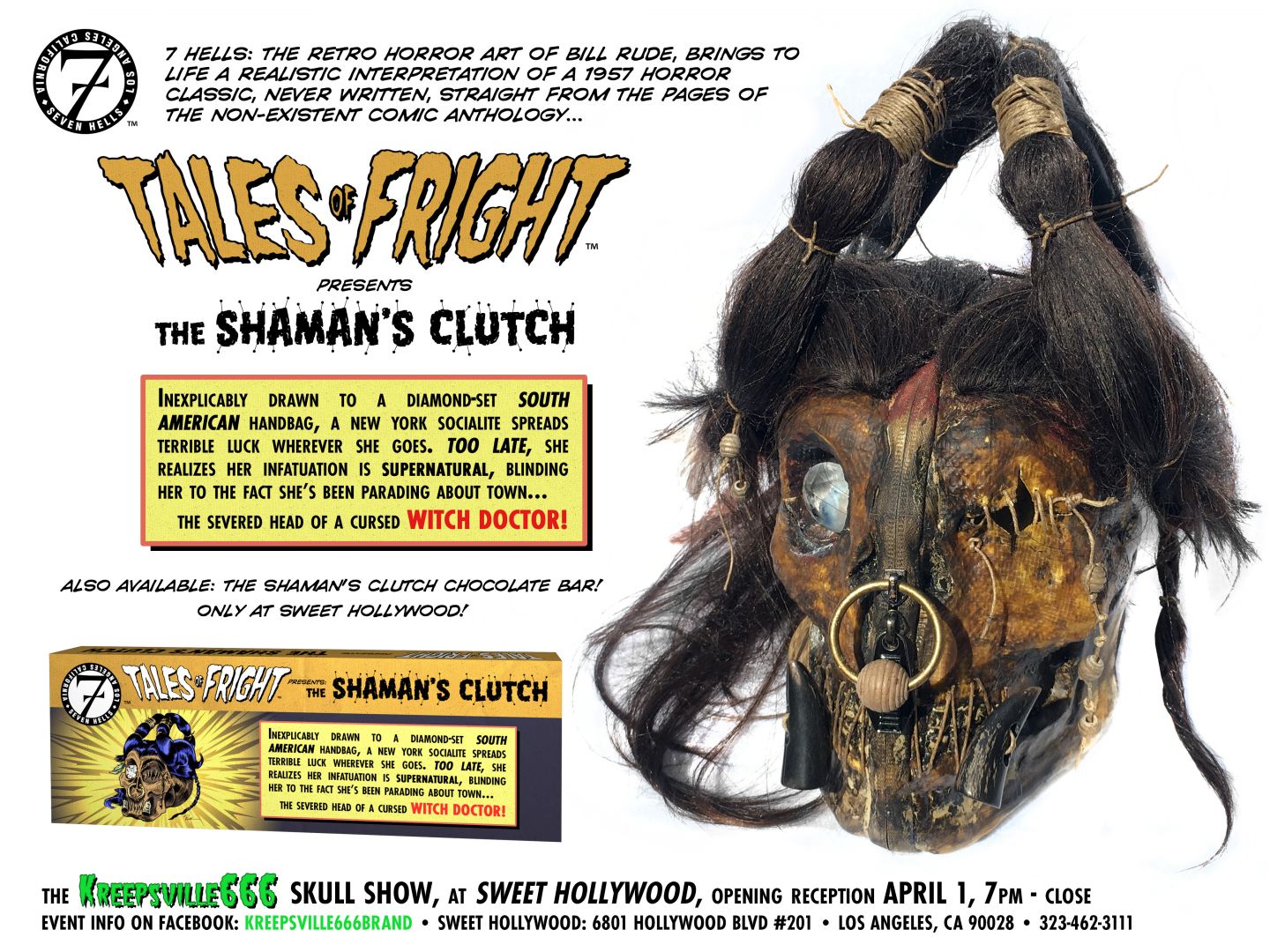 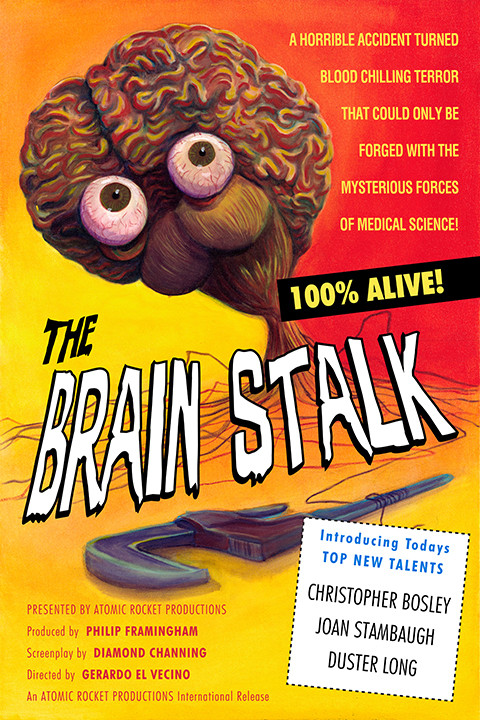