We had the good fortune of connecting with Brian O’Hare and we’ve shared our conversation below.

Hi Brian, is your business focused on helping the community? If so, how?
‘Help’ is a strong word. More accurately, I believe my writing simply provides an alternate perspective on well established institutions—sports, the military, masculinity etc. Another ‘voice’. Much of my work focuses on ‘demythologizing’ the hero myth, especially as it relates to a specific kind of American manhood. Given where we are as a culture, the time has never been better for such an exploration.

Growing up, nobody I knew wrote; not articles, not stories and certainly not books. Nobody did anything creative. Though I went to a ‘good’ school, the U.S. Naval Academy, I barely graduated. This was followed by six unheroic years in the Marines. But as much as it seemed like I was going nowhere, had nothing—at least as an artist—the Marine Corps was where I learned to tell stories. I maybe didn’t have an MFA, but I sure enough had a ‘Ph.d’—as in ‘Paid his dues’—in life. As such, it’s become my great passion to demythologize the storytelling process to people who might not think they have the tools or stories worth telling. I recently spent a week as Visiting Writer at the City University of New York. The diversity of students was off the charts—much like the diversity in the Marines. In telling my life story, and sharing my stories, I hope that I was able to inspire these students to tell their own stories—of fleeing civil wars, making new lives, dreaming dreams, seeking love—and that they have an obligation to tell their stories; of what it’s like to be alive in this time and how they see things.

The fact of our existence in this place and time is nothing less than miraculous. We must believe in ourselves and the stories that live in us. We must be fierce in bringing those stories to life, no matter where or how we grew up. Within every one of us, the story of humanity lives, waiting to be told. We must honor the story of our families, our cultures, our journeys as a thinking, feeling human beings with passionate souls. It may feel like stories are only told by “other” people—somehow more magical and brilliant than us—but that’s simply not true. Stories are told by us. So we must be bold. Keep reading. Take risks. We are unique. We are enough. And we must never give up. Ever.

If not exactly ‘helping’ the world, I hope to be at the very least, a positive voice. A force for good. 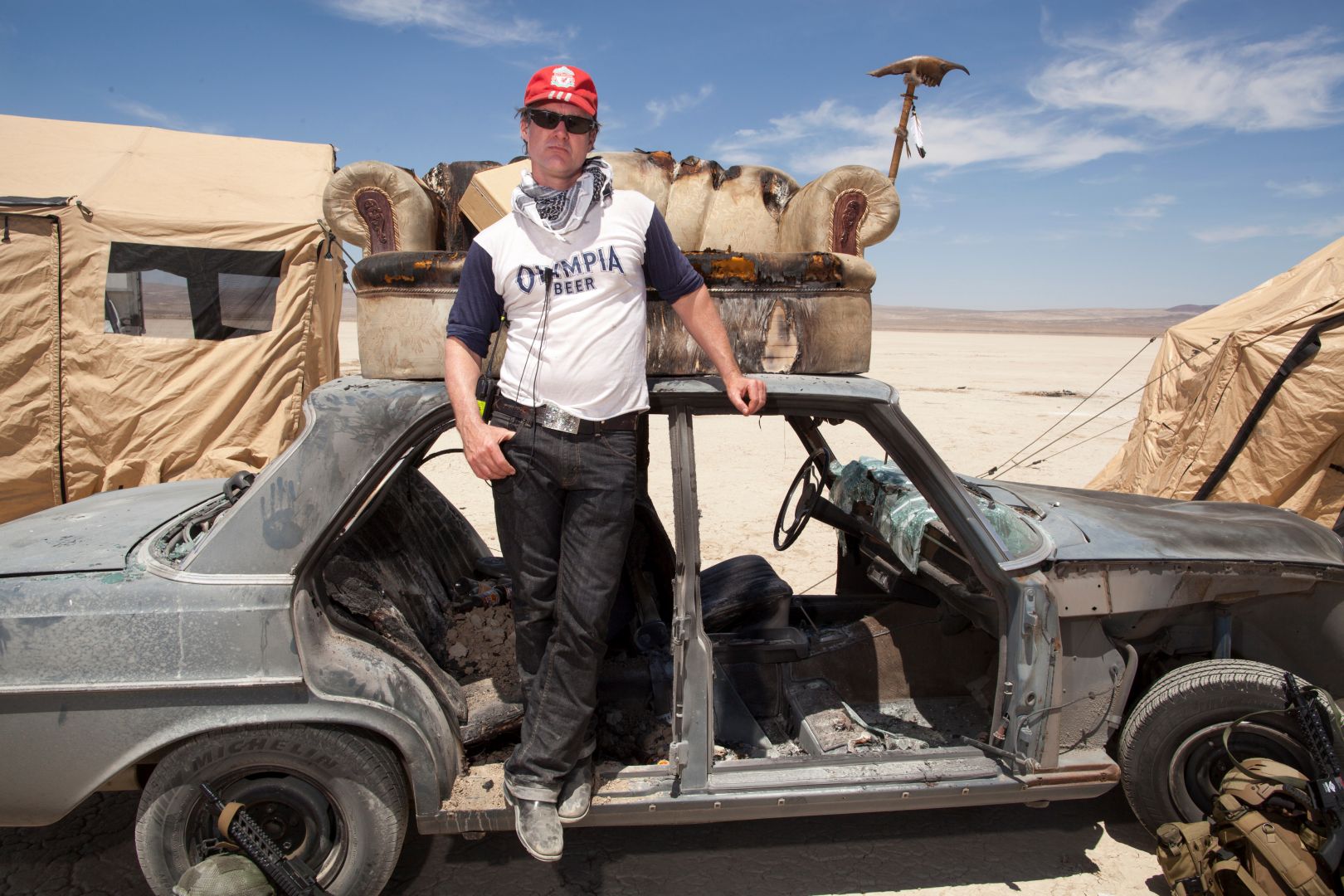 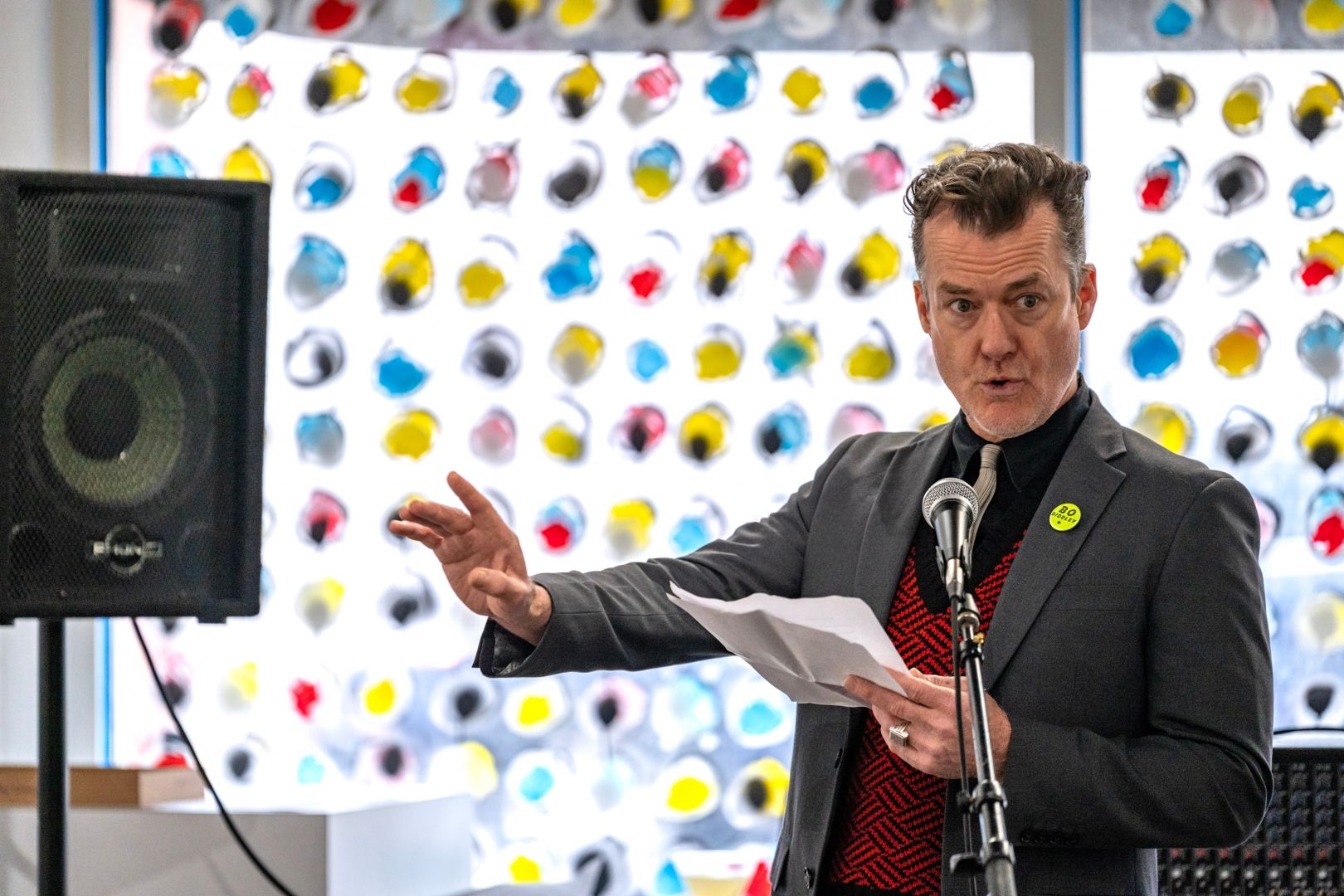 Can you open up a bit about your work and career? We’re big fans and we’d love for our community to learn more about your work.
As Argentine writer Manuel Puig said: “I like to recreate reality in order to understand it better.” My art is inspired by life and the treacherous path it took to get here. The condition of being ‘alive’ is complex. I write/make films to make sense of it. For me, serving in the Marine Corps was my first great inspiration—it’s presented a thrilling microcosm of America and the world.

The U.S. military, not unlike LA, is a diverse tribe—the most diverse in America, if not the world. Black, white, Latino, Asian, Muslim, Jew, Christian, Satan, agnostic, rich, poor, native born, foreign born—we had ‘em all. That’s not to say the U.S. military is some paradise. Often times ugly and chaotic, the U.S. military is nonetheless a powerful testament to what America, and LA could be, beyond fear and greed. To me, this was the real America; an often messy yet encouraging ideal to what we could become—my dream for LA, America and the world. As Puig said, my stories recreate life—a world built of words—from which we can (hopefully) understand what it means to be alive better. The Marines was a great incubator for my art. The single most transformative experience I’ve ever had.

I fell in madly love with my Marines and their stories—which became my stories, our stories, the story of the world. I had an obligation, a ‘duty’ even, to tell those stories. They live in me. So it’s a matter of ‘exorcism’ to get them out. Otherwise—who knows? I hope to be truthful to this great diversity, to tell stories that uphold the dignity of being human and having a soul that hungers for connection and love in a world that thwarts that pursuit. It ain’t easy being alive. We’re all broken in some way, but there’s a profound beauty in that very human condition. I strive to present, represent (and elevate) that struggle in my work. 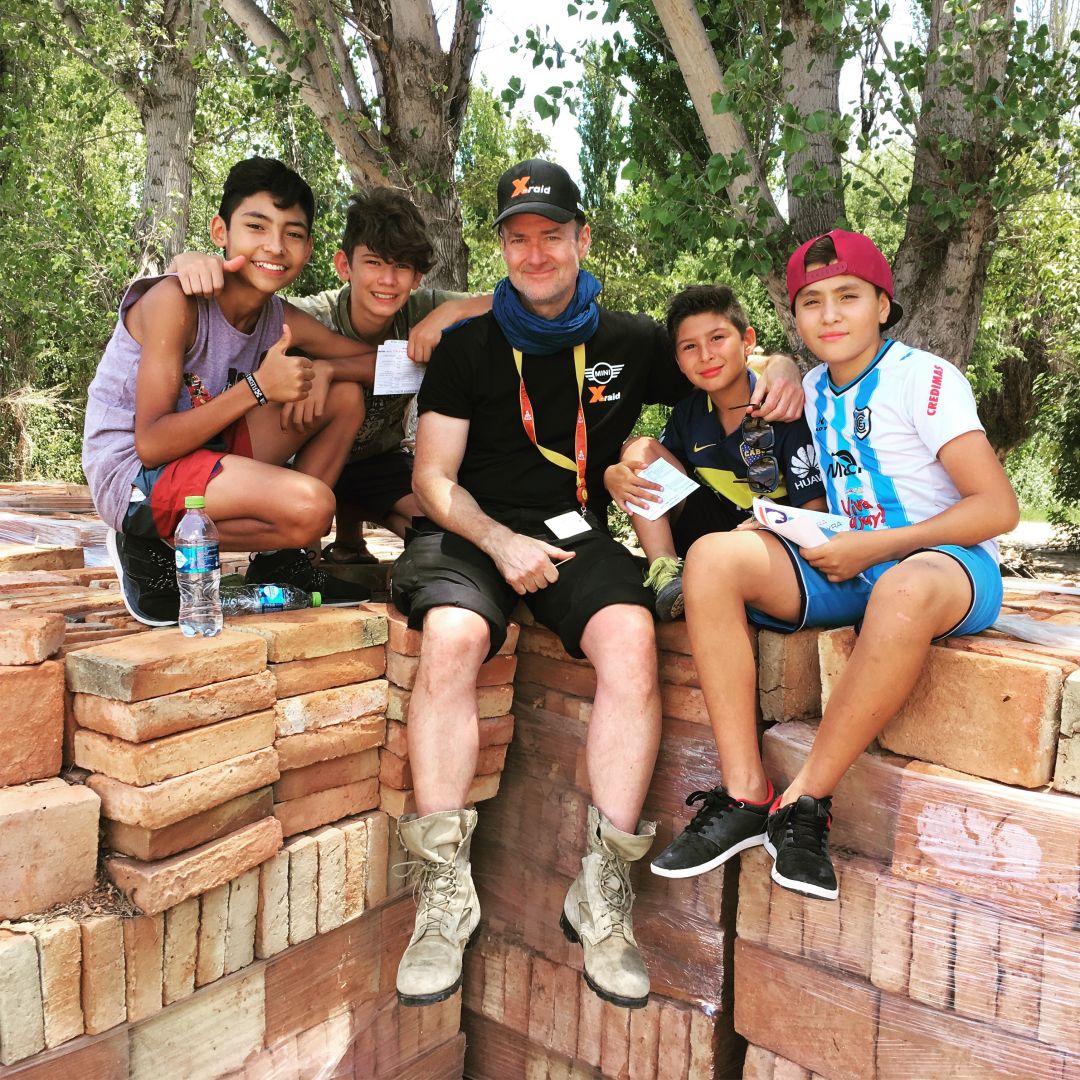 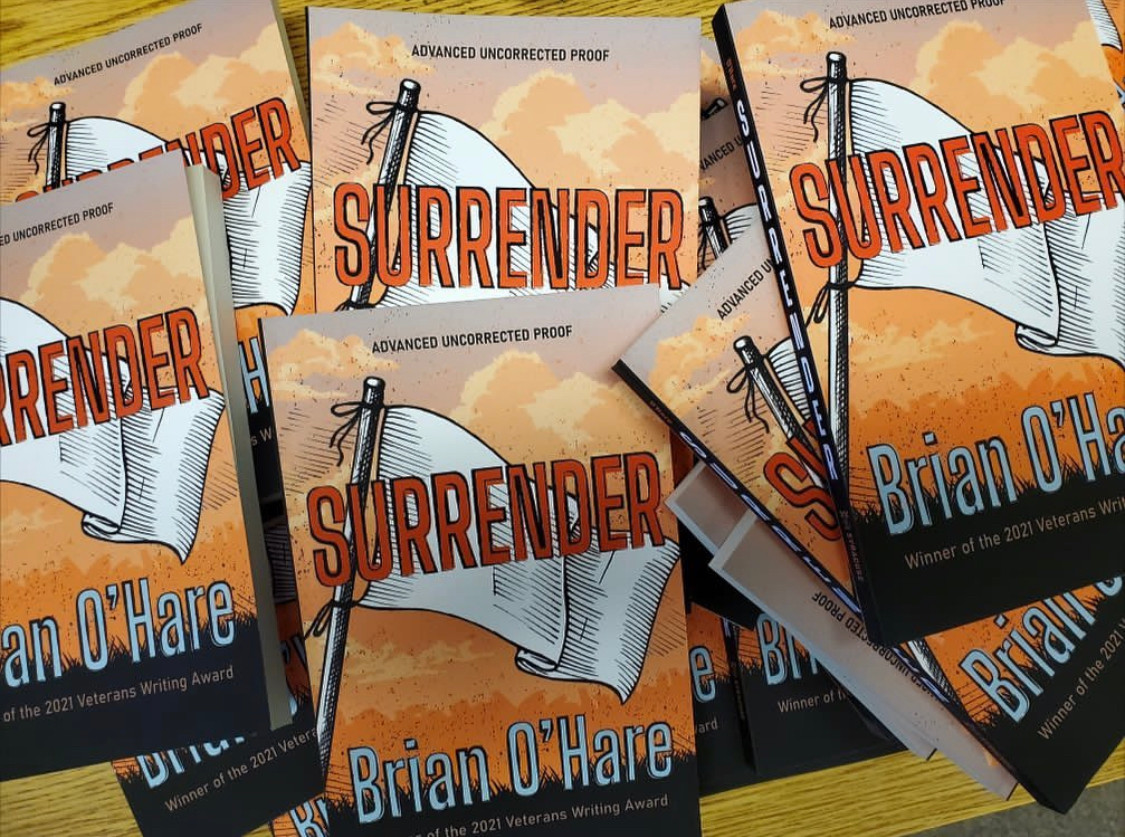 Any places to eat or things to do that you can share with our readers? If they have a friend visiting town, what are some spots they could take them to?
Los Angeles can be an intimidating city—let’s face it, despite our ‘laid back’ image, we don’t suffer fools. Luckily, few people know the city as well as me, so my friends are in good hands. Food is one of the best things about LA. We’ve got it all. Right outta LAX, I’d take them on a taco crawl. First stop: Coni’Seafood in Inglewood. Then to Mariscos Jalisco (on Olympic) for oysters and shrimp tacos. Then Holbox in Mercado La Paloma for octopus tacos. Finally, if there’s still stomach space, Teddy’s Red Tacos in Echo Park for birria. But there’s transcendent Thai food too—love Northern Thai Food Club in Hollywood—like someone’s mom made it—you can taste the love. In-n-Out is an obvious must, but Hawkins House of Burgers in Watts is stellar. Best burger in LA, in my not-so-humble opinion. Horses on Sunset for booze, food and atmosphere. It’s what the world dreams of when it dreams of LA—effortless cool. Or maybe we’d head to Taylor’s Steak House on 8th Street for the ‘best bang for your buck’ steaks in LA. Daikokuya in Little Tokyo for ramen—like eating in a 60s Kurosawa movie. Speaking of movies, I’d take my friends to see the Bradbury Building on Broadway and its magnificent 1890s sci-fi skeletal interior, used in ultimate LA movie, ‘Blade Runner’. Across the street lies the always chaotic and delicious Grand Central Market. Breakfast with LAPD homicide detectives and street sweepers early morning at Nick’s Cafe on Spring Street. Ham steak and eggs with their homemade salsa and a cup of coffee is a gritty slice of paradise. The Prince in Koreatown—easily my favorite bar and a quintessential LA experience. Stiff drinks, good Korean food, leather booths, terrific people watching. Pupusas at Delmy’s Pupusas in the Silver Lake Farmers Market on a Saturday morning. As a writer, a visit to The Last Book Store in DTLA, Book Soup in West Hollywood or Skylight Books in Los Feliz are must visits. As the shadows overtake the famous LA sun, a night at Bob’s Frolic Room in Hollywood is required—a bastion of LA debauchery where it’s always 1957. The Chimney Sweep on Woodman in the Valley—like drinking in a P.T. Anderson movie. Whether a fan of baseball or not, a game at Dodgers Stadium is classic LA. We’d get LA dogs from the ‘Hot Dog Abuela’ in front of the gas station on Sunset and bring ’em to the game. After they play Randy Newman’s “I Love LA” when the Dodgers inevitably win, we’d hit Sick City Records on Sunset for beers with Brian and Jesse—I even get my hair cut there. From there more beers with the friendly folks in the back garden at Stories Bookstore in Echo Park. I’d take them to Hye Optic on Hollywood to meet Emanuel, the world’s greatest glasses fiend. Nearby lies Wacko/La Luz de Jesus gallery—LA originals. Owner Billy Shire is a visionary. The Dia de Los Muertos celebration at Self-Help Graphics in Boyle Heights, East LA—one of the many ‘only in LA’ events that made me fall in love with this city. The Blessing of the Animals on Olvera Street—an amazing procession of an almost ‘fairytale-like LA, with Vaqueros on horseback, flower festooned goat carts and kids with baby chicks and goldfish to be blessed. A trip to view legendary Chas Bojorquez’ art—’Godfather of West Coast Graffiti’—his ‘LA’ is tattooed on my forearm. And can you say you’ve visited LA without a trip to Jumbo’s Clown Room for a Pabst and a pole dance? And let’s not forget Long Beach and San Pedro: Joe Jost’s bar for an icy schooner of beer, a pickled egg and Joe’s Special. Alex’s and The Pike bar and The Sardine—a sublime trifecta of LA punk rock beer bars. Coconut cream pie at Jongewaard’s on Atlantic in LBC. Los Alpes Ice Cream in Huntington Park for a mangonada. A night of boozy magic at the Magic Castle in Hollywood. Souvenir shopping at the LA County Coroner’s gift shop. The Victorian mansions on Carroll Avenue in Angeleno Heights. The Bob Baker Marionette Theater in Highland Park. The Valley Relics Museum in Van Nuys. A screening at Quentin Tarantino’s New Beverly Theater. I could go on… 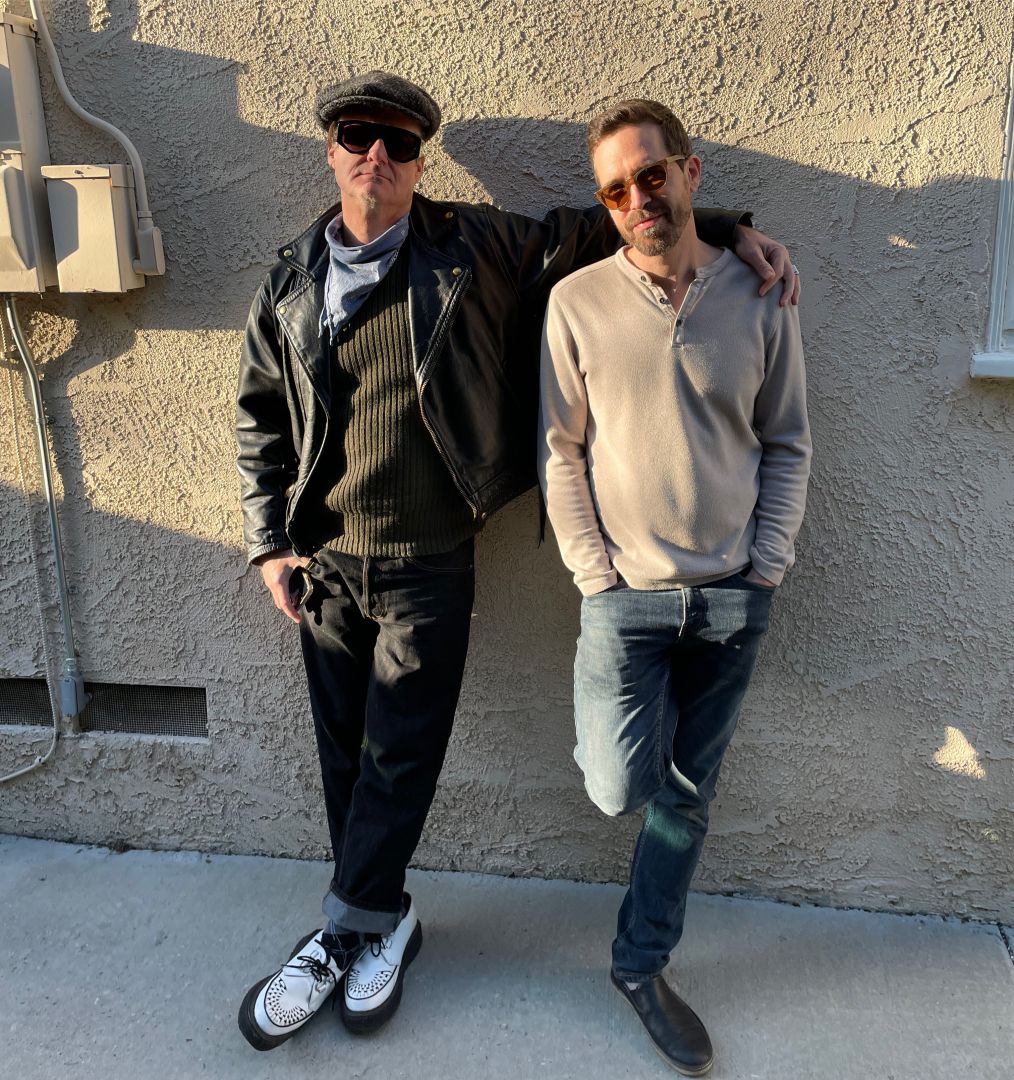 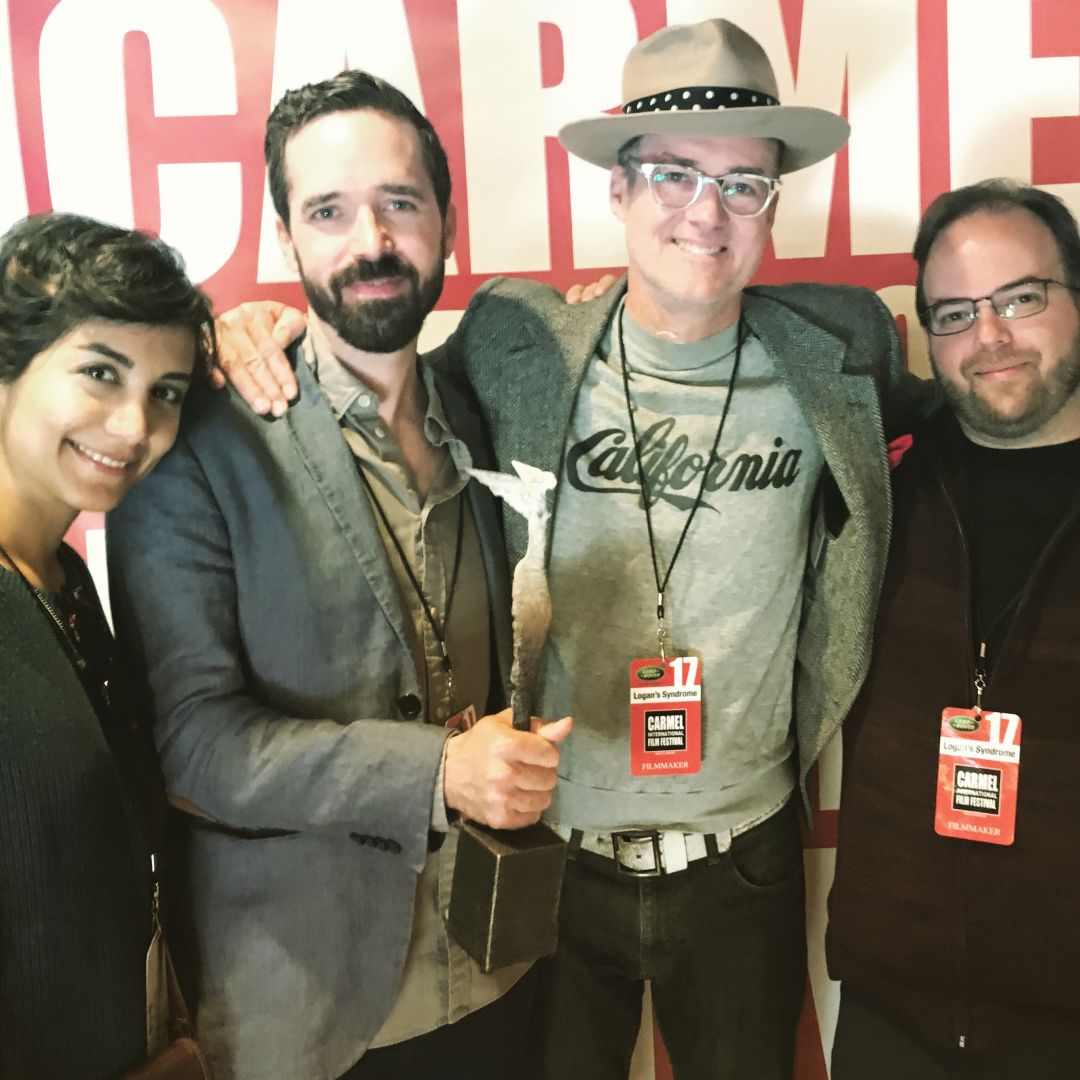 Who else deserves some credit and recognition?
Yes! I wouldn’t be here without the love and wisdom of one individual and one group. Though he hates praise, I’d like to dedicate my shoutout to LA writing legend, Jim Krusoe—who possesses the biggest heart, weapons grade intelligence and unerring instincts. He’s a helluva guy. As well, I dedicate my shoutout to Jim’s celebrated 30B Writers Workshop at Santa Monica College. They set the bar high for a writer—their collective talent is jaw dropping—but its their love and support that make the biggest difference. They know how hard it is. Jim and the 30B Workshop changed my life. 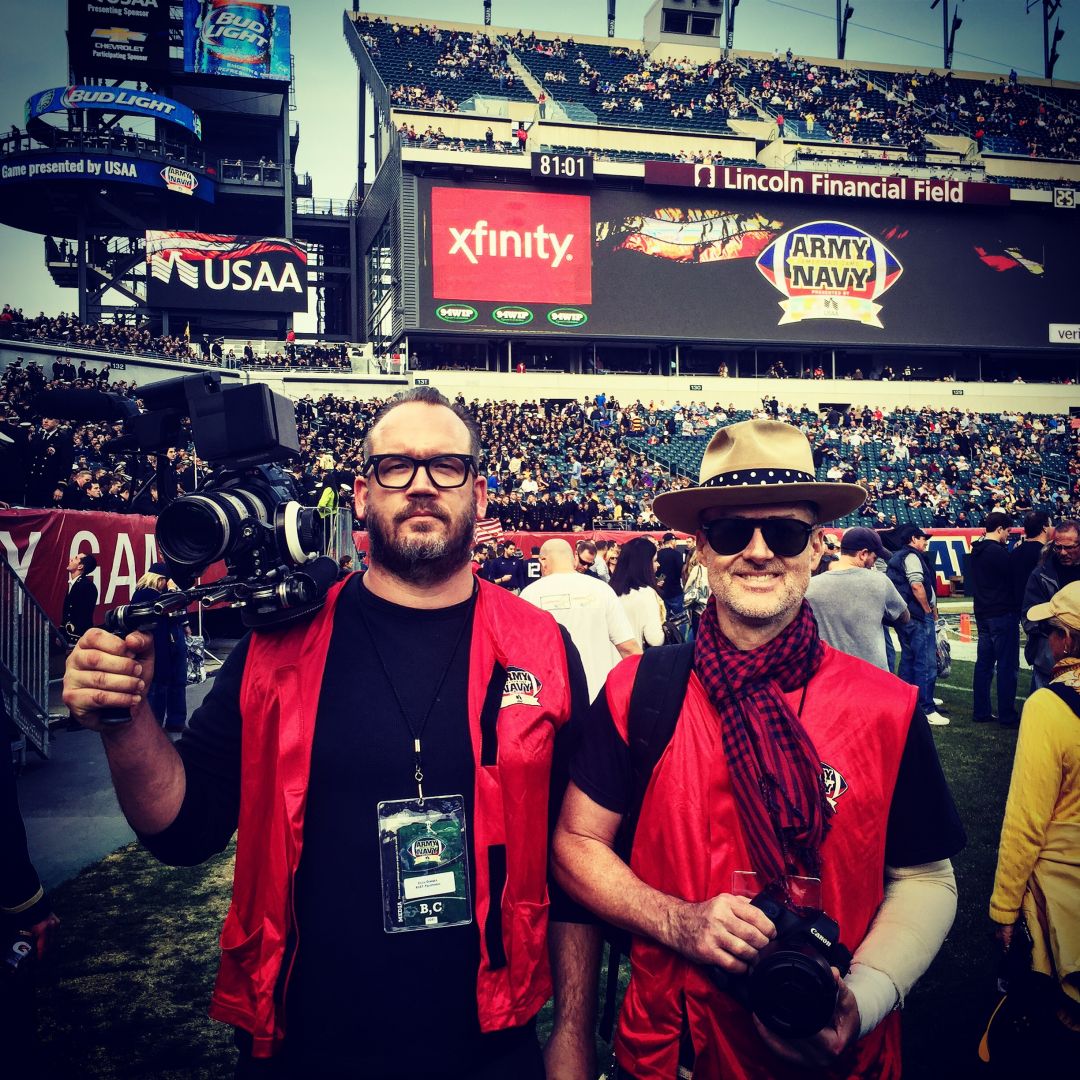