We had the good fortune of connecting with Brian Shackelford and we’ve shared our conversation below.

Hi Brian, what role has risk played in your life or career?
I have a very intimate relationship with risk taking. As a black indie filmmaker, everything I have accomplished is because I was willing to take the risk. I have been told more times in my career what I would not or should not be able to do then I have been encouraged to succeed. In fact, if I had not taken the risk I have in my filmmaking career, I would not be a part of this article. I have always described myself as being very comfortable having one foot one solid ground, and one foot right on the edge. Sometimes that foot that was on solid ground is dangling in the air, but the other foot never leaves the edge. The edge is a very uncomfortable place for a lot of people. Some like to visit, but not many like to stay for any amount of time. My comfort on the edge comes from the mere fact that it is the only way I was able to get anything accomplished. It comes down to that same old question. “How bad do you want it?” I think of risk like this. How much of a chance am I willing to take on myself. I am not a big gambling man, but I do enjoy my time in the casino. What I have learned is that there is no such thing as a sure bet. But betting on myself is a bet I will always be willing to make. I will always invest in myself, because I know how bad I want it, and can control the level of effort I put into it. I can’t control the outcome, but I can control how hard I go after it. I always say that you can not expect anyone else to invest in you, when you have not invested anything into yourself. Will you stumble and even fail along the way? Yes. But how do you view failure? That is something you have control over. Failure is nothing more than learning the steps necessary to succeed. 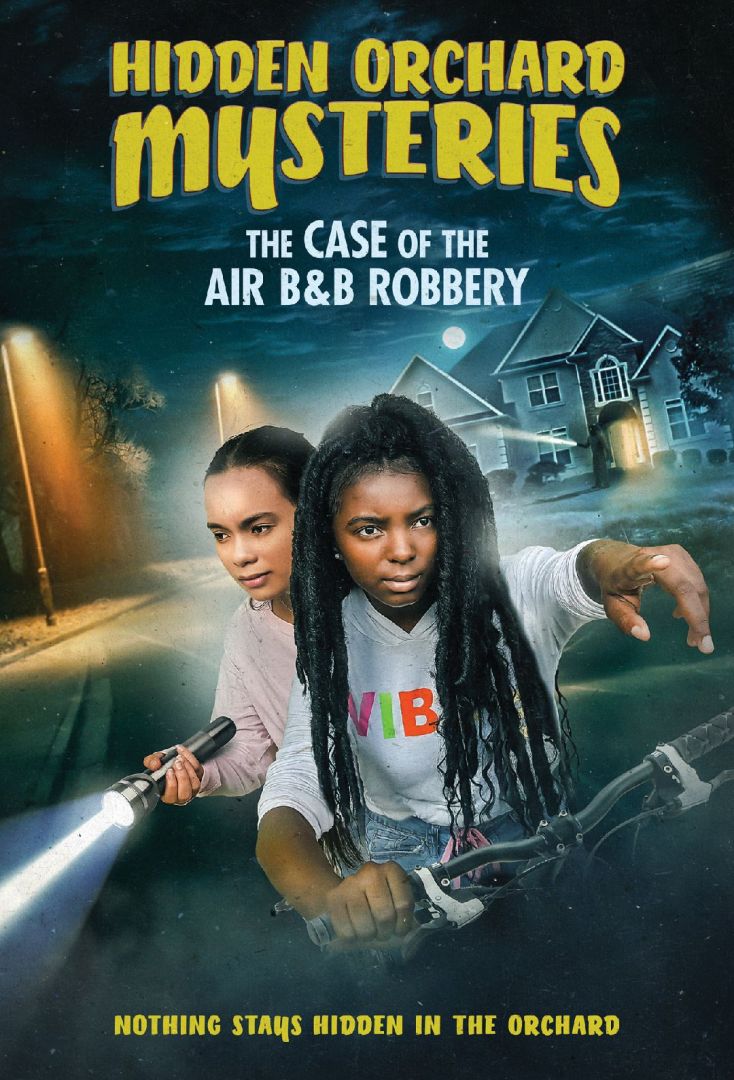 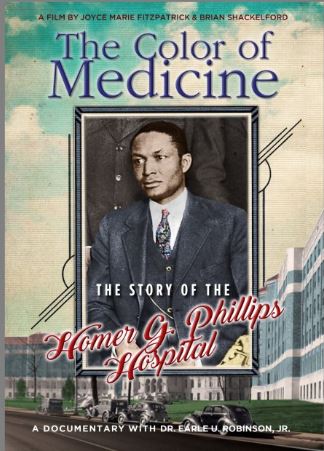 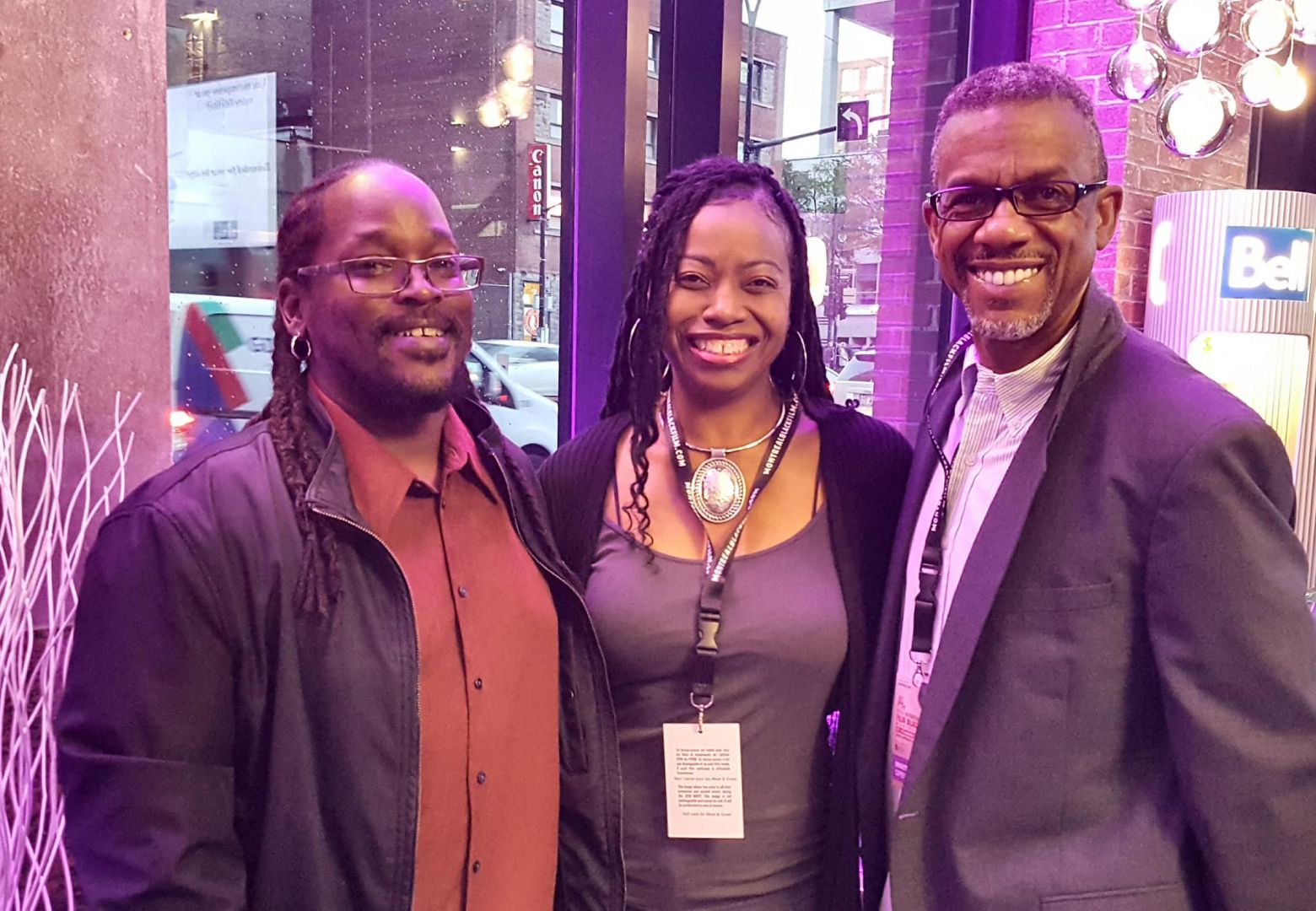 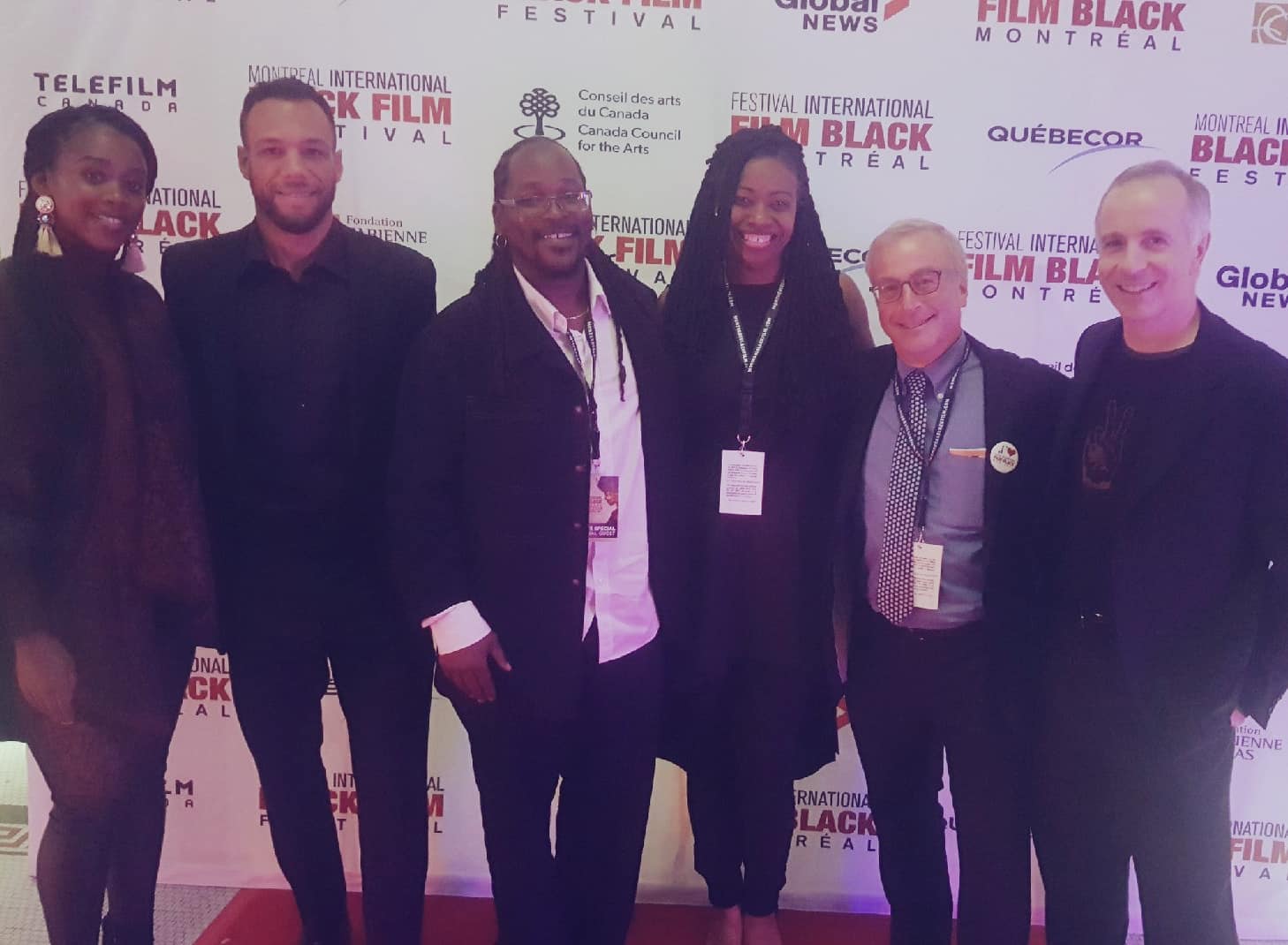 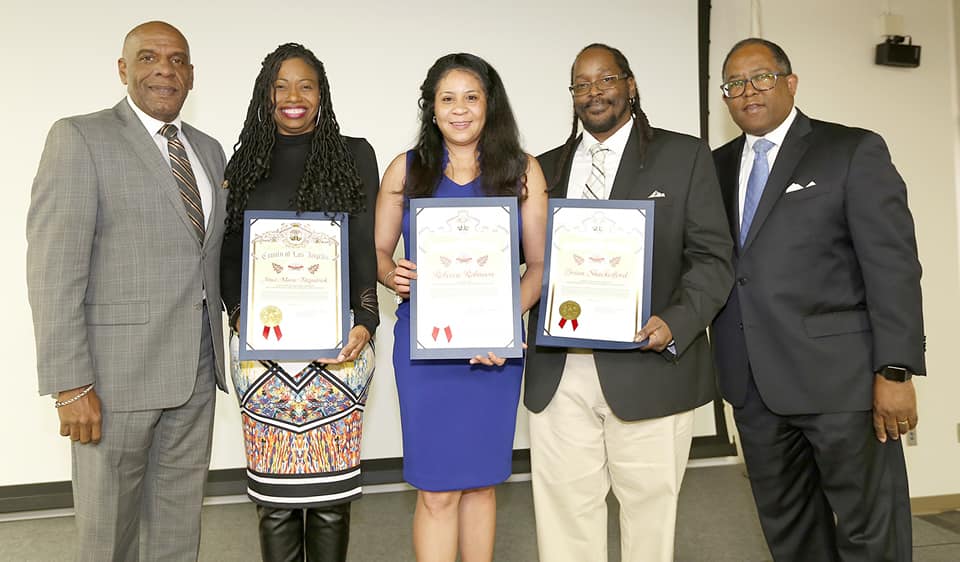 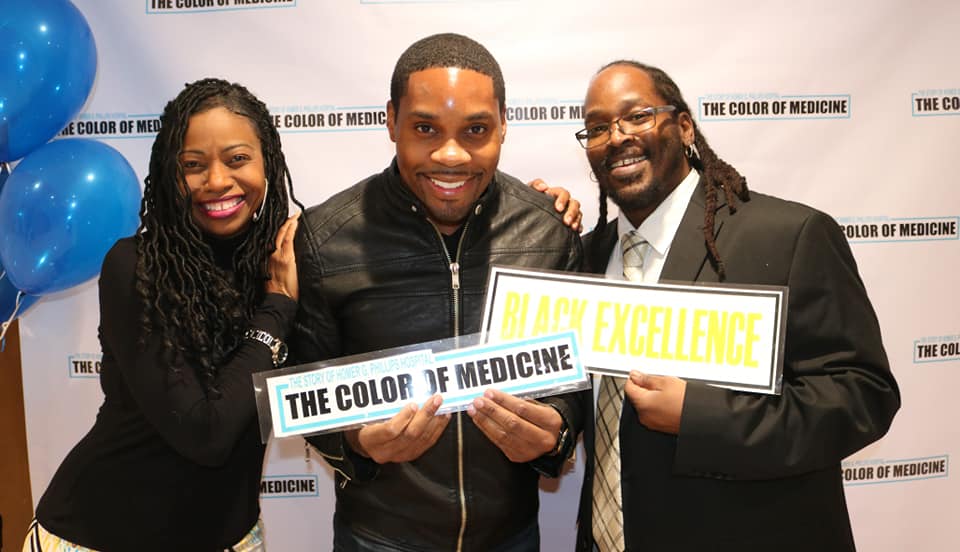 Any places to eat or things to do that you can share with our readers? If they have a friend visiting town, what are some spots they could take them to?
If I had a friend visiting I would have to go into total tourist mode. LA is so big and we are all constantly on the go that we forget about the beauty that we race past every day. I am a big fan of the water so we would definitely have to hit Venice beach and Santa Monica. Both are great places to eat, drink, people watch, and soak up Los Angeles. Since we have a week we can spend full days at these spots. There is that much to see and do and don’t forget you may want to do nothing and just be. No place better to be. I would also make day trips of all of the following: Sunset Blvd. Got to see the walk of fame and Hollywood Blvd. Gotta get a shot of the Hollywood sign. Then we would hit the glitz and glam of Beverly Hills, and the Hollywood Hills so you can see how they live Big Willy style out in LA. We would hit a Dodger game. A laker game. A Clipper game. A Rams game at the new stadium in my old stomping ground of Inglewood. I was raised in Inglewood and my parents still live there. I was actually born in the Midwest in Racine, Wisconsin. My parents moved to California when I was five. Been here ever since. I like to say I am a Westcoast kid with Midwest sensibilities. We could take an hour drive to Morongo Casino for nightlife, gambling and drinks, or two hours to San Diego for a change of scenery and beach nightlife. Four hours we are in las Vegas, Nevada. We would hit the small hole in the walls for some of the best authentic meals, plus your high end restaurants where you never know who you will see eating next to you. From high class baller, to relax and chill, you can have it all and both in the same night if you want it. I am a more laid back personality. Love to get out and socialize but only go big when I have to. 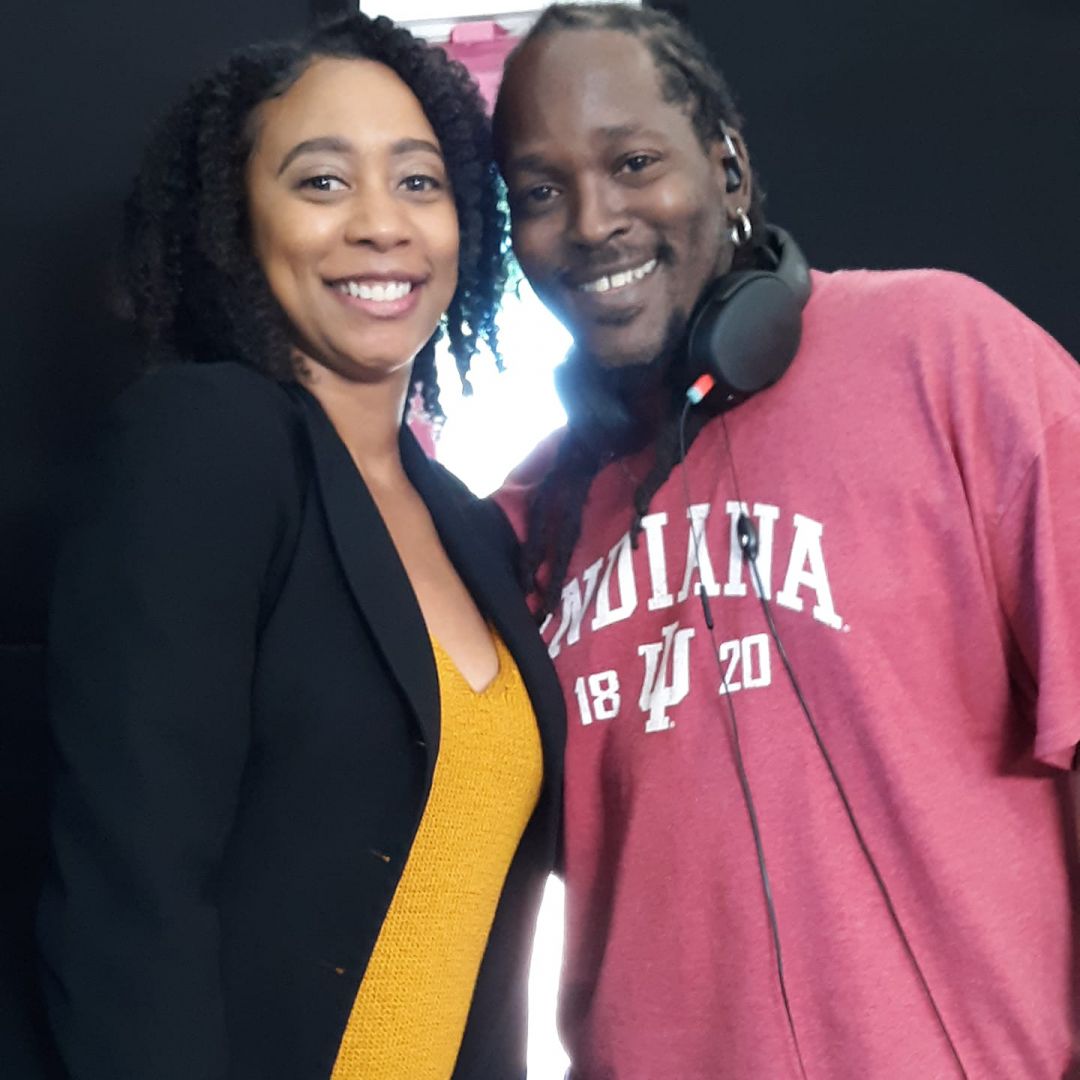 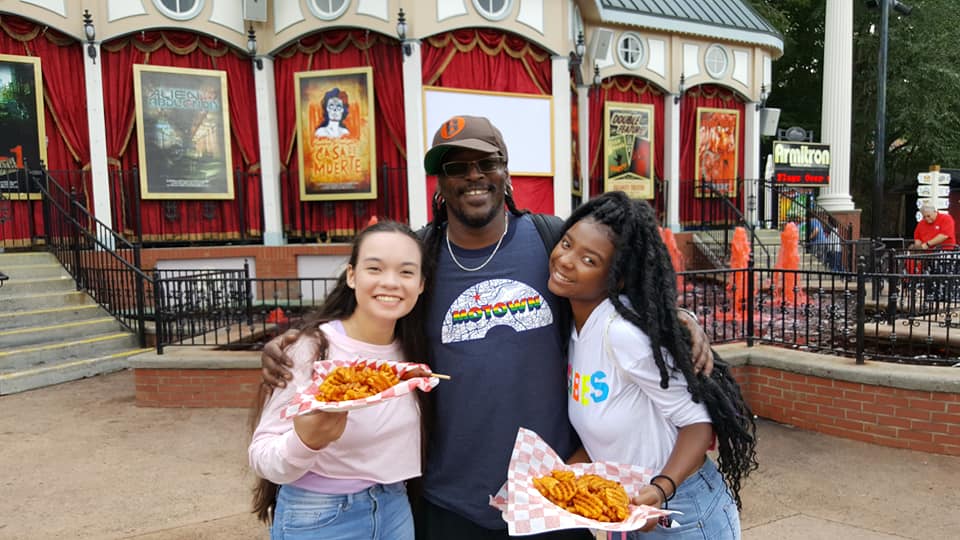 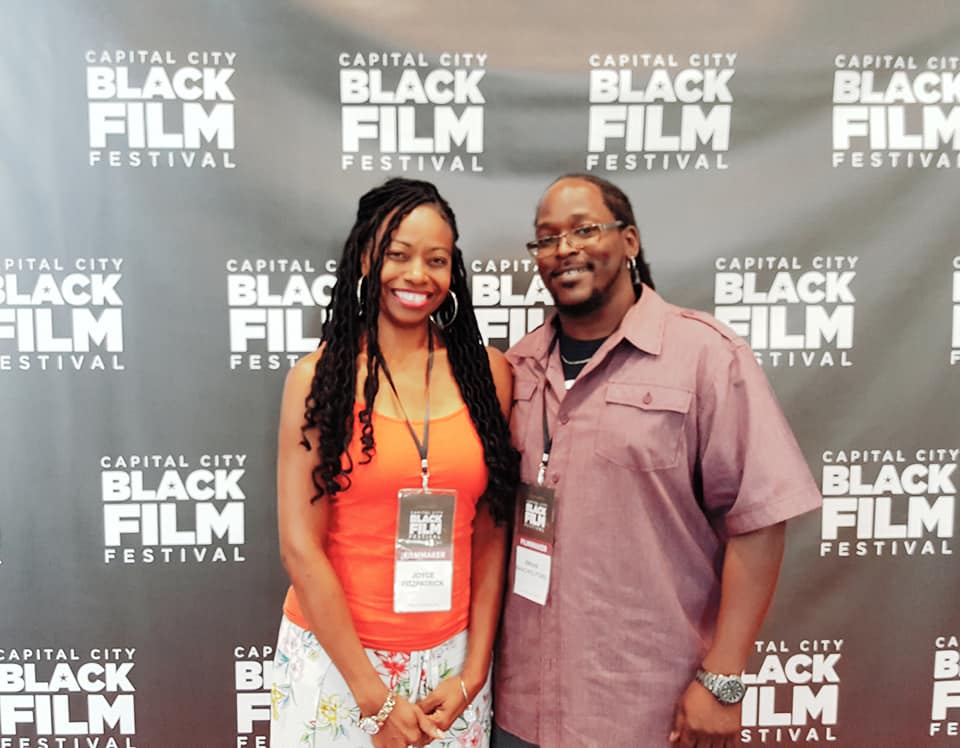 Shoutout is all about shouting out others who you feel deserve additional recognition and exposure. Who would you like to shoutout?
This is a great section to include because I am a firm believer that it takes a village, and very seldom do you get a chance to acknowledge those who have influenced you along the way. There are three people that jump into my mind immediately. The first is director Francis Lawrence (Hunger Games, Red Sparrow, I Am Legend). I worked on one of his very first music videos as a Production Assistant. The song was “Come Wit It” Amad featuring Ras Kass and Saafir for the Street Fighter Soundtrack. I remember this vividly because I had to pick up Ras Kass and Saafir from the airport and we clicked immediately. I was attending Loyola Marymount Film School at the time and that is the same school Francis attended. I told him I was in the directing program and he would always tell me to stop what I was doing, and would have me look through the camera and tell him what I saw. Then he would explain what his vision was for the scene. He did this a number of times during the shoot and some of the other PA’s were a little upset, but they were not in the directing program. Something so small, had such an impact on me early on in my filmmaking. The fact that he took to the time to share his vision, and ask me about mine was life changing. The second person is my first film instructor John Stewart. He challenged me to never settle, and taught me one of the most valuable lessons I have ever learned in filmmaking. “Always take a second and ask yourself, what if…” I will never forget when Mr. Stewart, I still feel odd calling him John so….when he picked my film to represent our filmmaking class to be played in front of the entire film school I was surprised and nervous. There was one instructure, Mr. Howard Lavick that tore my film to shreds during his review of the film, which he does in front of the entire film school. I learned how to take creative criticism like a champ that day. But then John Stewart followed by saying “Every now and then in a teachers career, you get excited about the future of one of your students. Brian is one of those students.” To this day I do not know what he saw in me, but I am so glad he saw it, and was not afraid to let me and the entire film school know. Lastly, these are two people I see as one and they should probably be first because without them I would have never been able to go to film school, and that is my parents, Les and Claudette Shackelford. They were not a hundred percent on board with Film School at first but they have always been a hundred and ten percent behind me. I can not put into words what it means as a child when your parents support and believe in what you want to do and hopefully become. They SACRIFICED so much for me to go to Loyola. I put in caps because of what they went through to put me through school, it chokes me up now when I even think about it. That is why I am so thankful to have this opportunity to allow the people who helped mold me know how much there time and investment into me means to me.