We had the good fortune of connecting with Brittany Falardeau and we’ve shared our conversation below.

Hi Brittany, what is the most important factor behind your success?

In acting, you’re always told that you are only as good as your scene partner.

Well, in directing, you are only as good as your team.

Vision is important, and being able to make decisions when the entire plan you spent months carefully laying out has been dashed to pieces, because of one thing or another, is key, but really, when it comes to the true defining factor that makes what I do work, it’s the people, the team — our team. None of what I do would be possible without them.

I’ve been fortunate enough to not only have incredibly gifted individuals climb on board, but also very humble, patient, determined ones, ones of whom I am now lucky enough to call friends. It can feel a rare thing to find people who have so much to offer to a position, such a love for the craft, and who show up so fully, despite any setbacks or frustrations that may have arisen the day before, not only for the project but for one another.

There is so much that goes into directing a film; months of prep, a necessity to think quickly and clearly when things appear to be going wrong, but the people who hold up the various corners of a project, who bring their own heart and vision to the roles they lead, who aren’t afraid to challenge your ideas but ultimately will respect the decision you make as guardian of the story – they are a key factor as to why a film is successful. 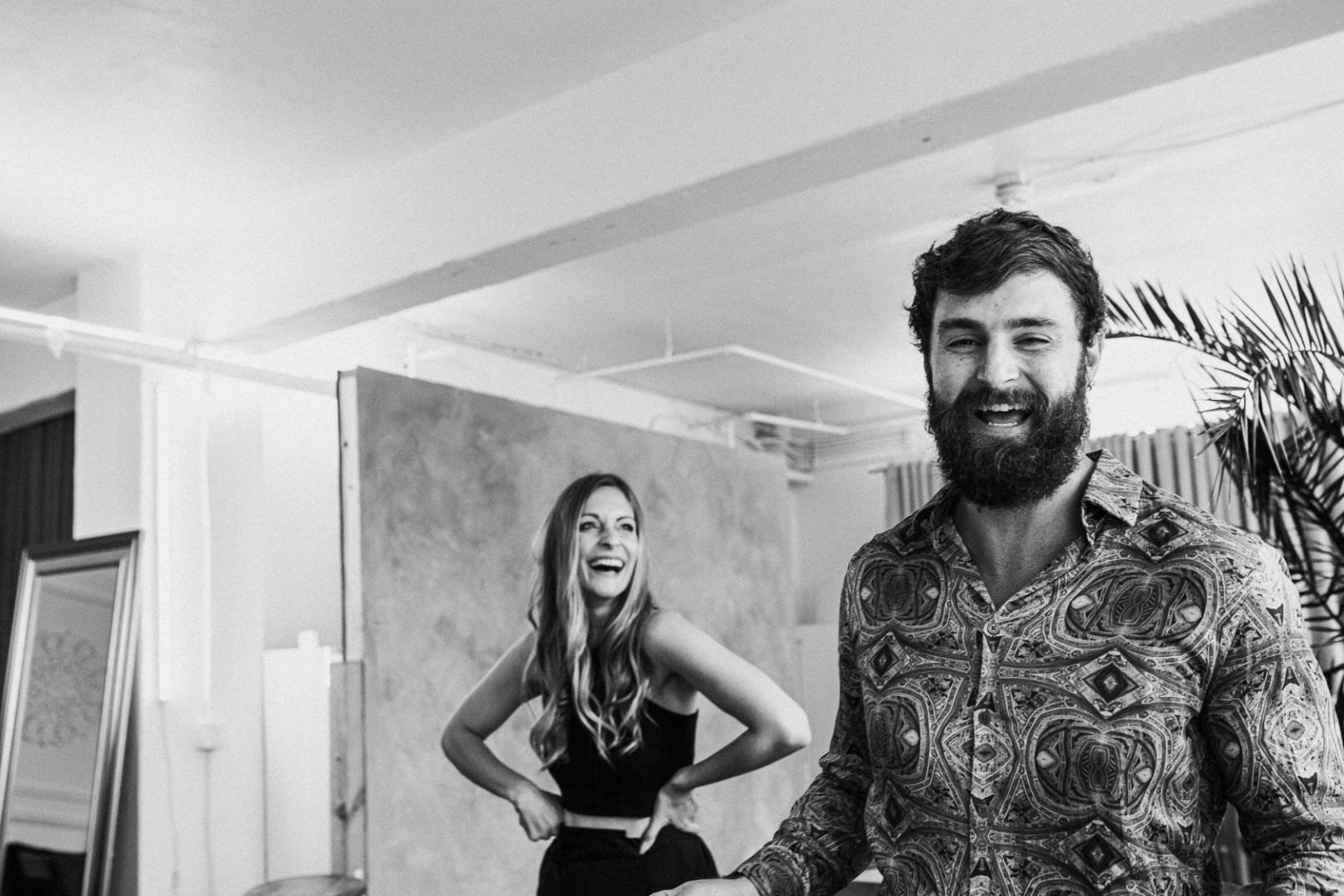 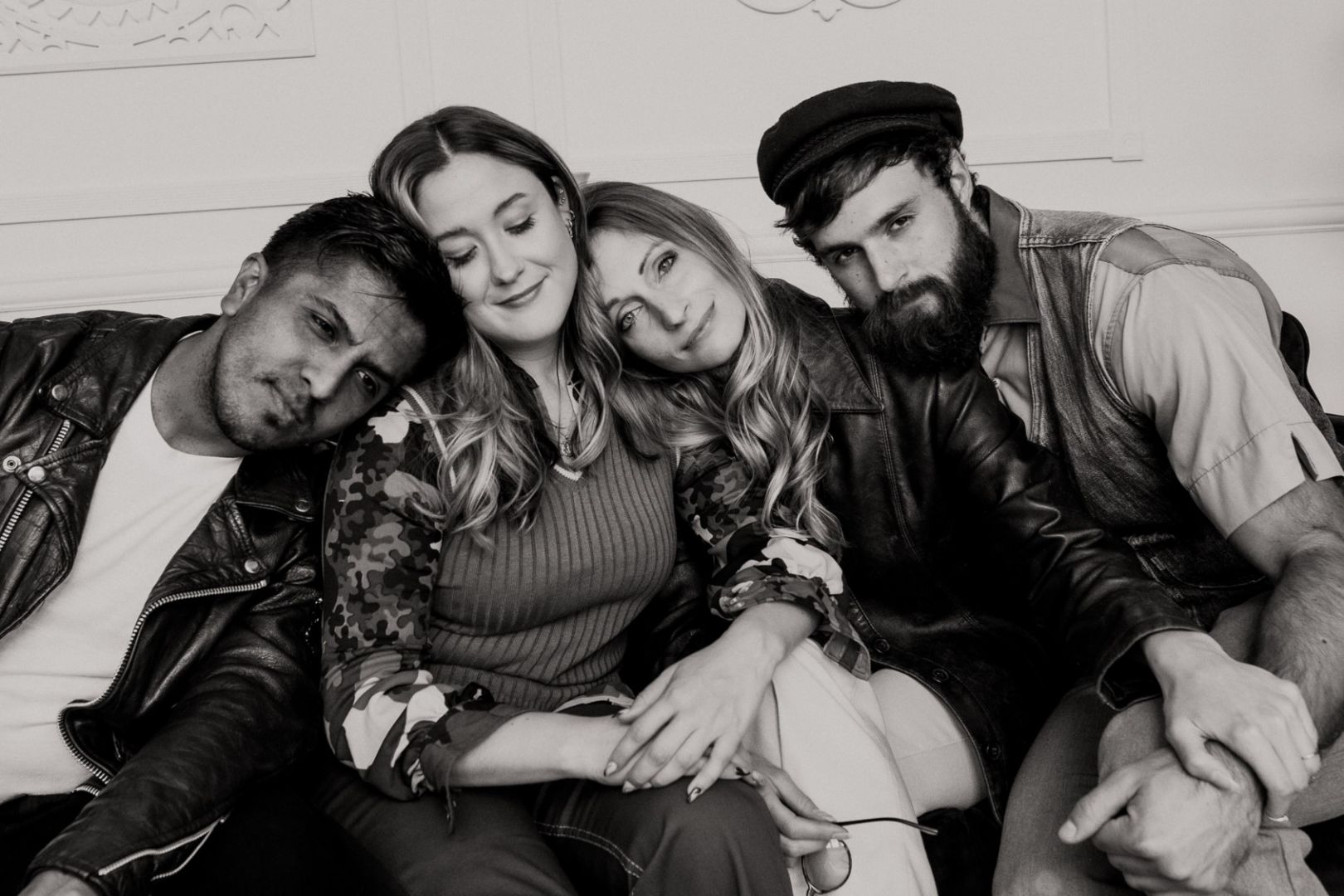 Most recently it was the project Pendulum.

Last January, when I sat under the lemon tree with my friend of sixteen years and told him I’d been asked to go to Oregon to direct something, he offered to jump on board as talent. I asked if there were any themes he was interested in exploring, since I didn’t yet have a script. So when he said, “I guess I’m interested in what scares you,” it kinda took my breath away. I did the ‘Mmm’ with a single head nod and stared straight forward for a second – knowing immediately what that was and what this film had to be about.

I’m only one person, and everyone walks through life with a different lens. This was my way of making art from some of the anxiety that housed itself in my gut bed for a season. I was terrified to share it. And that’s how I knew I had to.

With film, I’d love to remind people that they’re not alone. I’m painfully introverted – I need so much time and space to recharge. Film feels like dialogue – a picture way of saying Hello & I see you. When I was in my own stretch of rough patches, I remember going to the theater and seeing a film about a man questioning the purpose and choices of his life. It changed the game, opened a door, tossed down a key. That film did so much for me, and my hope when making my most recent short, Pendulum, is that it can do the same for someone else – to be the safe voice holding the lantern a little higher, reminding someone, as Andy does Cal in the film, There’s nothing wrong with you, you know?

When I’m not writing and directing indie films (my first love) I work a lot as a writer/director in Voice Over, particularly in dubbing for major streaming platforms. It’s a place I never thought I would end up in nor did I have plans on heading that way, but we sort of found each other and really enjoyed each other’s company. I work on a lot of French content which allows me to come back to a language that I love and has been an added joy of what I do. I work between about 4 studios – adapting scripts and directing the dubs, and have really enjoyed the people I’ve met and exploring this niche corner of the industry. 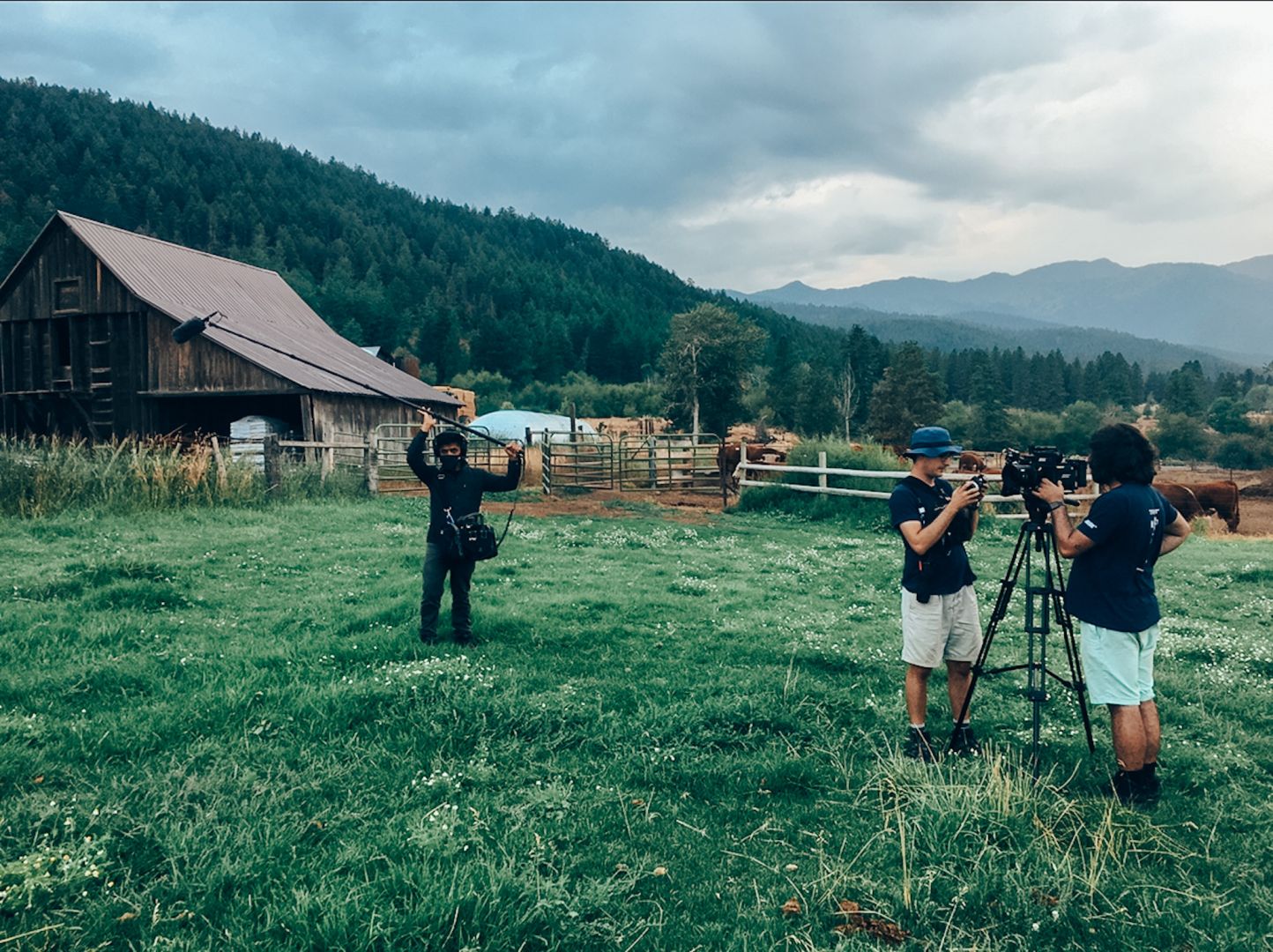 La Chouquette on Melrose is one of my favorite hidden spots. The chefs are a power couple from France who import all of their ingredients. Their croissants transport you to Paris and all of their desserts are so beautiful.

Primo Passo in Santa Monica is one of my favorite places to write. It has a neighborhood vibe and large windows that you can post up next to for writing inspiration. Also the restaurant/cafe at Pali Hotel on Melrose — great place for meeting or working.

The Arts District in general is full of great places. Lost Spirits is built around an amazing story and their whiskey tour is both informative and fun. Girl and The Goat is a must try – beautiful decor and unique food pairings.

I’m an early riser so I love walking the beach boardwalk between Santa Monica and Venice or doing an early morning hike in the Santa Monica mountains.

The Shoutout series is all about recognizing that our success and where we are in life is at least somewhat thanks to the efforts, support, mentorship, love and encouragement of others. So is there someone that you want to dedicate your shoutout to?
First and foremost I need to shout out my Pendulum team – Chase Hagen, an unbelievably talented cinematographer who was my first friend in LA and has taught me so much over these last eight years of working together. Stefan Burlet, who is a DP by trait but who continually brings everything he has as AC to our projects and who is one of the most patient, kindest hearts you will ever come to know. Ernesto Ruvalcaba, our boom op and sound mixer, who commands his own ship and who is always smiling, reminding us all that what we do is the best job in the world. Meghan Redding, my family, a beautiful actress who has shown up and supported me and various projects with more than I could have ever dreamed. Life is better, set is better when Meghan is there. And one of the bravest souls I’ve ever known, my friend for over half of my life, Daniel Novick. There is no ‘phoning it in’ or ‘going half way’ with Daniel, he goes all the way, every time. He is a director’s dream to work with. Also our composer, Richard Breakspear, whose music has added an entirely new layer to this story and who is such a joy to collaborate with. I am so thankful to have him on board.

In addition, I would love to shout out a dear friend of mine, Macey Madias. Macey has held a variety of roles but is currently focusing on producing. She’s working as a producer’s assistant on a series and is also in the creation process of a series of her own.

I’ve known Macey since college and she is one of those friends you always hope you will have and sort of pinch yourself once you do. I’ve always admired Macey’s approach to her work and also to life. She inspires me as a collaborator – I tend to get very in my head and sort of close myself away while writing or prepping for a shoot. Macey is someone who leans fully into the idea of collaborating and connecting. We’re filmmakers, we’re attempting to tell stories that are inspired by real life – Macey always leads by a really stunning example of going out into the world and living fully, connecting with people, and having experience to pull from. The stories she’s drawn to are unlike anything I could dream up, and I love getting to watch the way she works. Macey has supported and inspired me as a creative and also as a person since as long as I’ve known her. 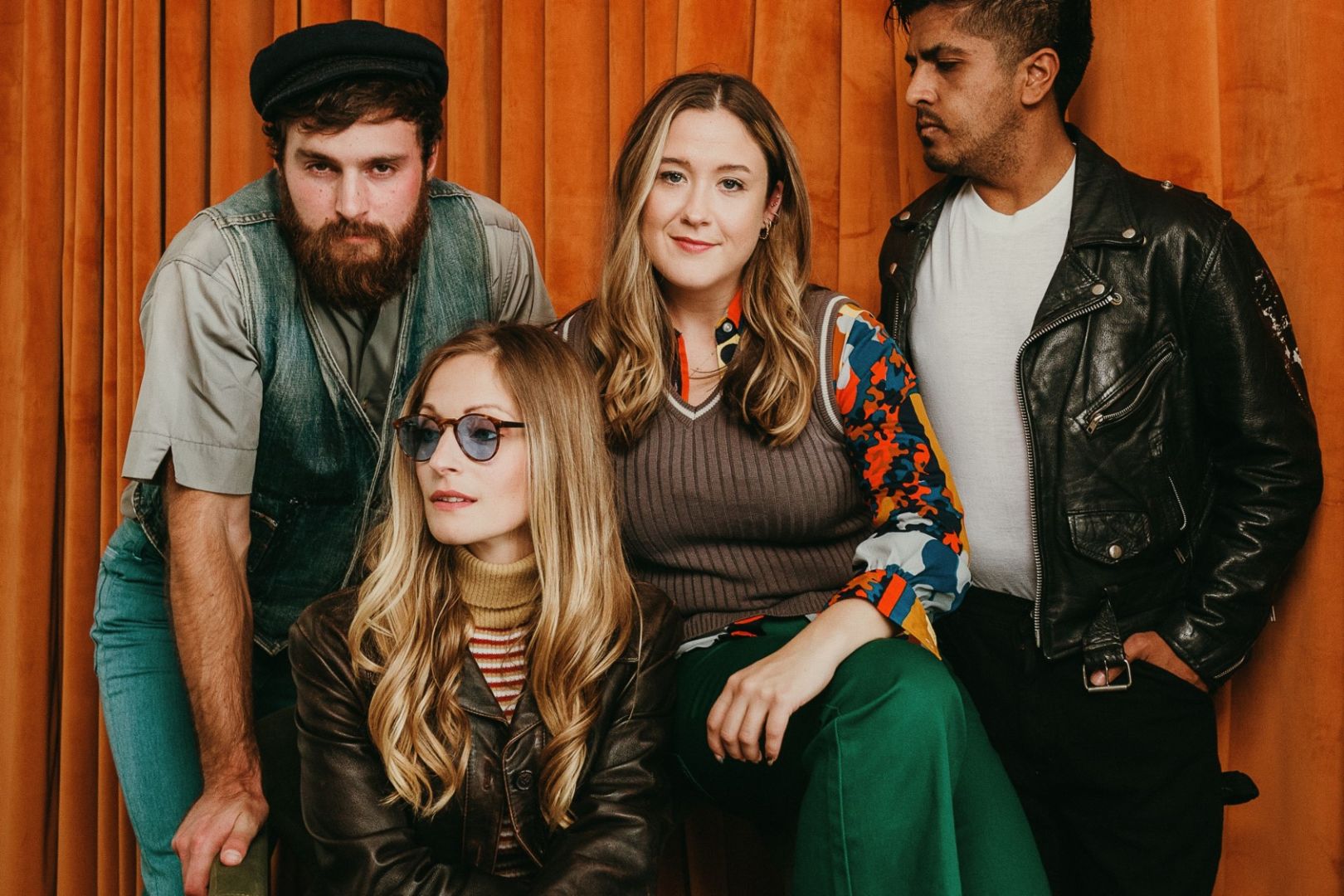