We had the good fortune of connecting with Broken Slate Productions and we’ve shared our conversation below.

Hi Broken Slate Productions, can you walk us through the thought-process of starting your business?
Broken Slate is a creative collaborative made up of five young creatives in film and theatre (Lucy Houlihan, Robert Mahaffie, Corrina Leatherwood, Anika Kan Grevstad & Sasha Faust). Our goal is to support and empower each other in the creation of film, theater and other media, through collaboration and creative problem-solving.

As young creatives starting our careers in the film and theatre industries, we wanted to create a space for ourselves to make projects we were passionate about with collaborators we cared about, instead of waiting around for other people to give us permission. We all moved to Los Angeles with big career dreams and were told over and over again that we just had to make projects in order to be noticed, so that’s what we did. We built a platform for ourselves and our peers to make art with eachother’s support. 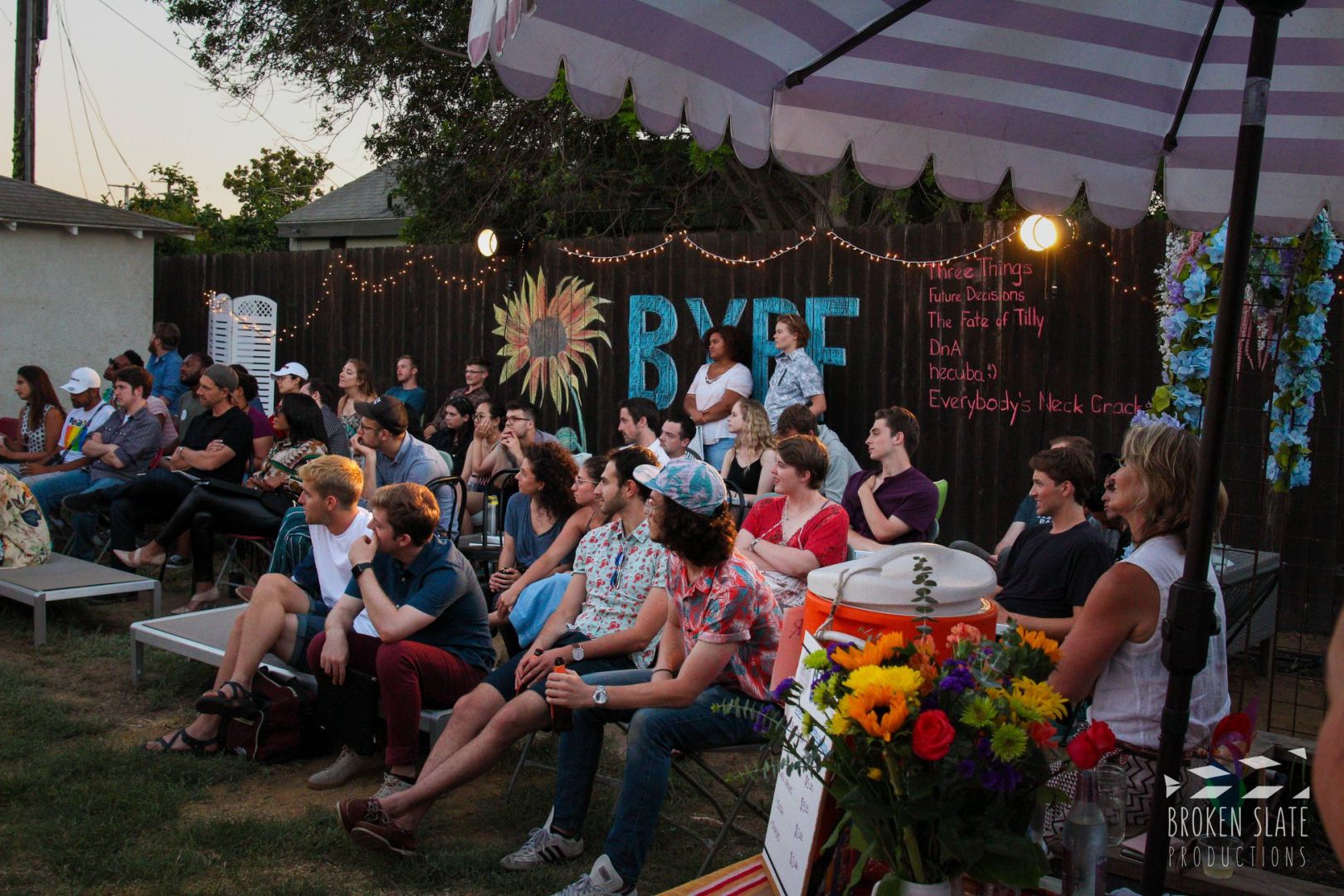 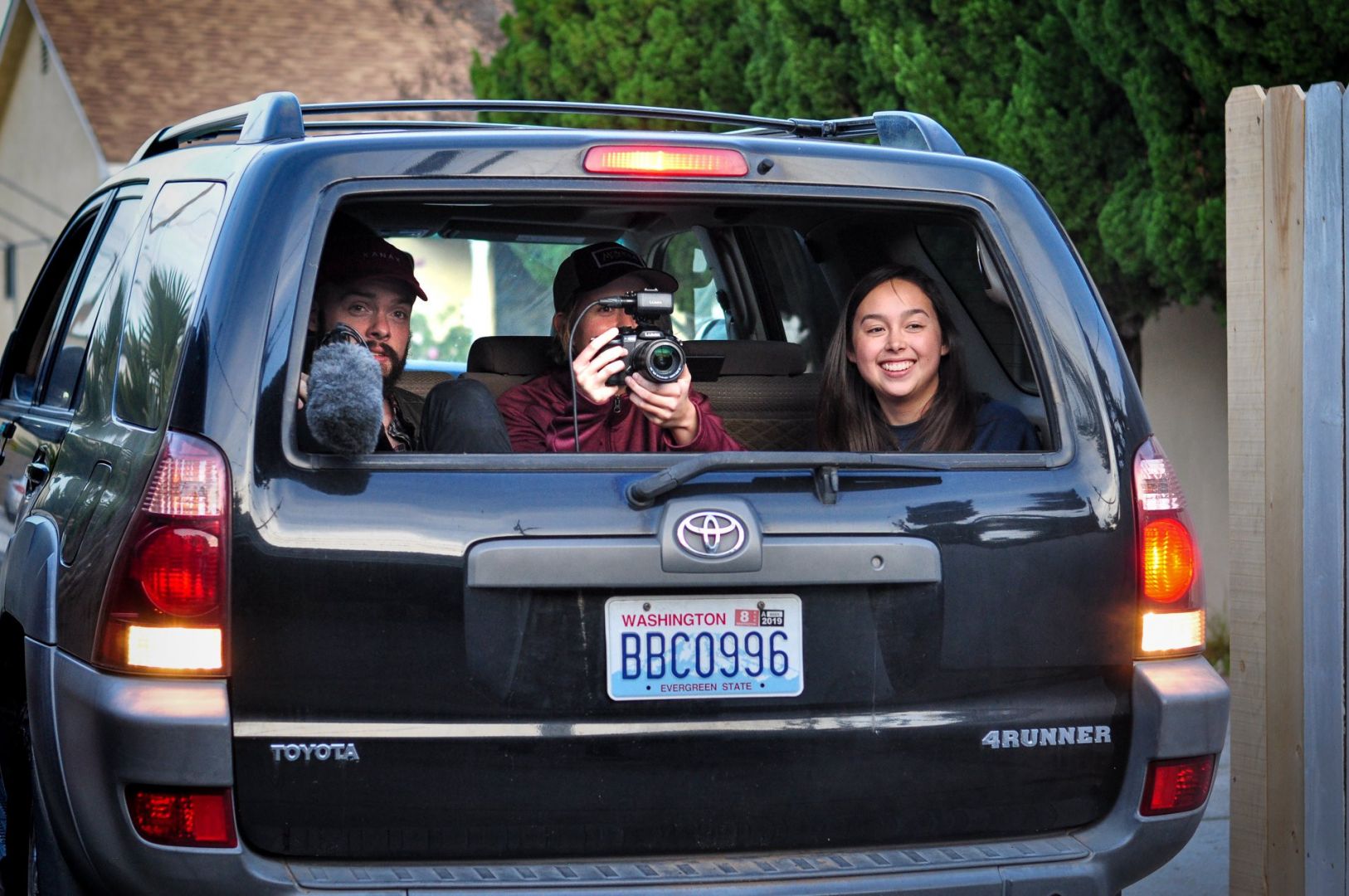 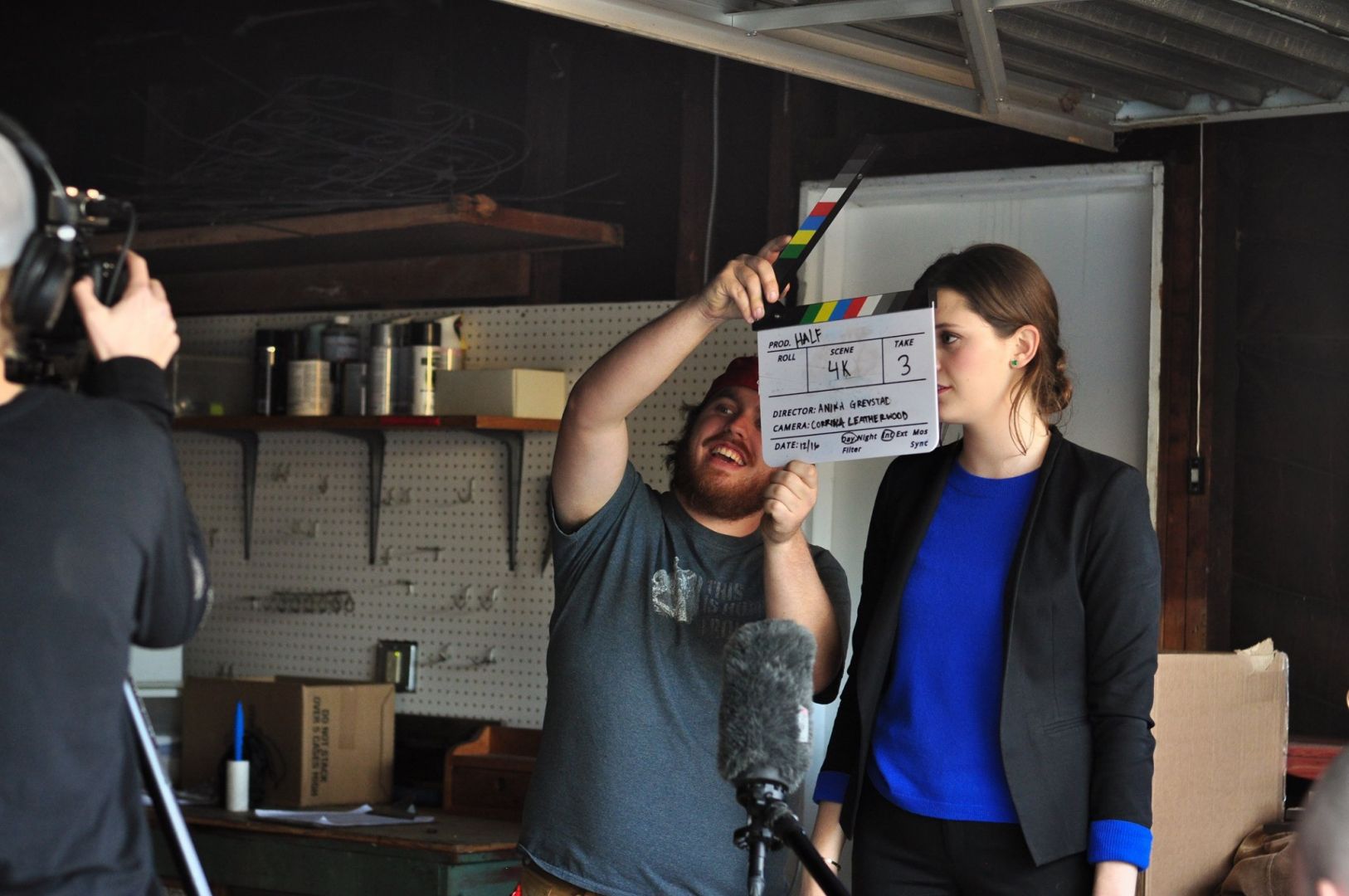 Can you open up a bit about your work and career? We’re big fans and we’d love for our community to learn more about your work.
Since our formation two years ago, we have made five short films and produced a bi-annual play festival. Backyard Playfest (BYPF) is a heartwarming collaboration between all of our friends and neighbors looking for a low-stakes, community-building day of outdoor theatre, where actors and directors are paired together for a series of short play readings. In Los Angeles, it can feel like everything you do is supposed to further your career, and we wanted to return to our roots of playing outside in a backyard.

We ask ourselves and each other what we would chose to make if there weren’t any limits, and then we figure out how to make it happen. For example, our most recent short film, What We Find in the Sea, is a coming of age story that we filmed on board an active salmon fishing boat in Alaska with a crew of fishermen. Despite our limited resources and the unlikely conditions, we played to our strengths of being scrappy and flexible, and made a film we’re really proud of.

One of the most important lessons we’ve learned together is the power of just jumping in and making things – especially with a team of collaborators who have your back. We’ve realized how important it is to make projects that we’re passionate about, and to find joy in the process of making them.

If you had a friend visiting you, what are some of the local spots you’d want to take them around to?
Let’s be real: no one stays in LA for a week (they’re just passing through). We only have one day, and here’s what we’re gonna do: Start the day with Yeastie Boys Bagels or Tacos Tu Madre’s breakfast burritos. Take a walk up to the Bronson Batman Caves. Grab a Shappy Philly-style soft pretzel and a Zaatar croissant at Gourmet 47 for lunch. Watch an Arclight Q&A. Eat thai food at Ruen Pair and dessert across the street at Bhan Kanom Thai. Find a good spot for the sunset (perhaps Will Rogers State Beach), and sit with your friends. See a 99-seat theatre show at The Broadwater. And then you have to go to Davey Wayne’s to dance, at least once, even if it’s terribly crowded. 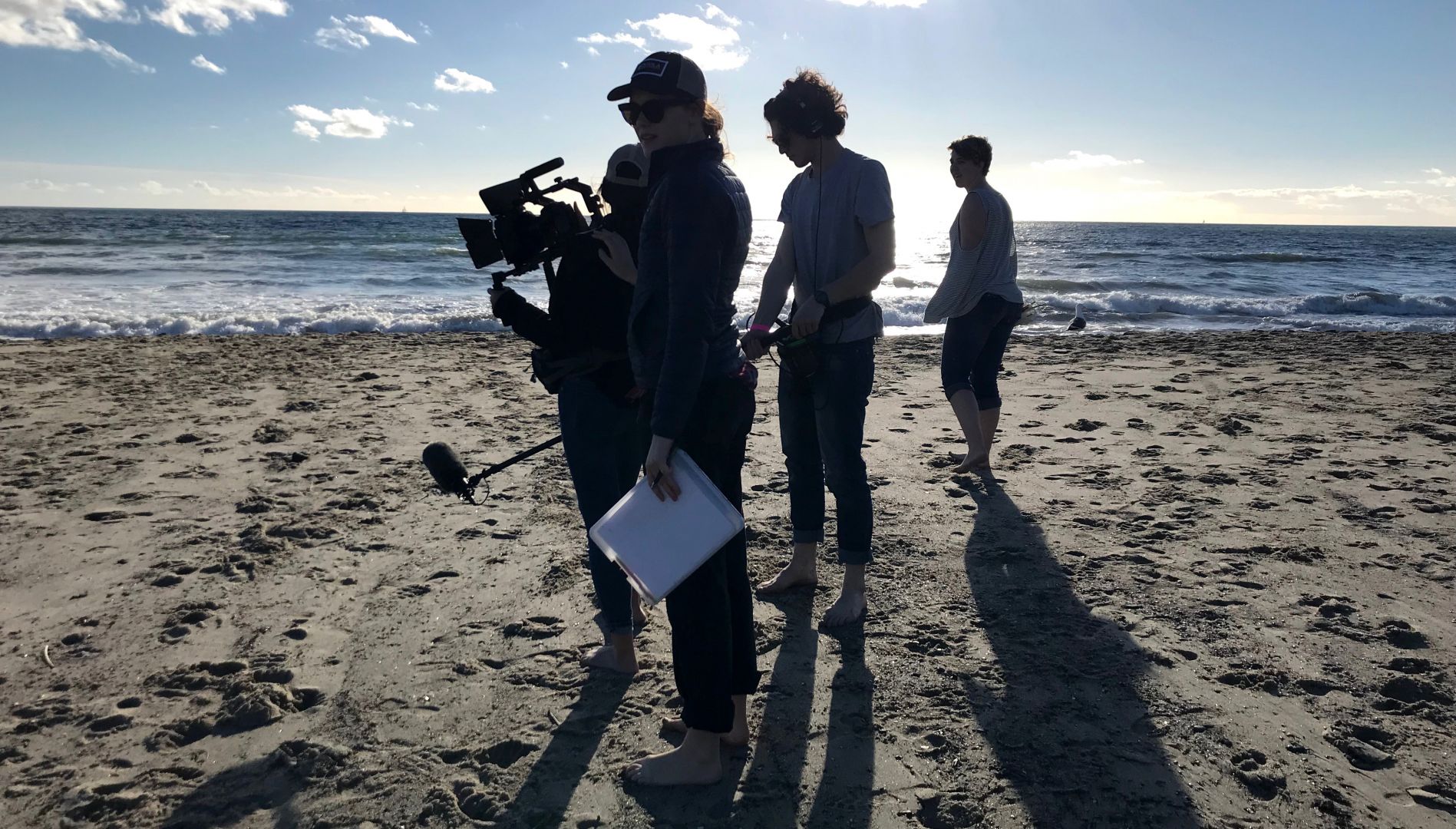 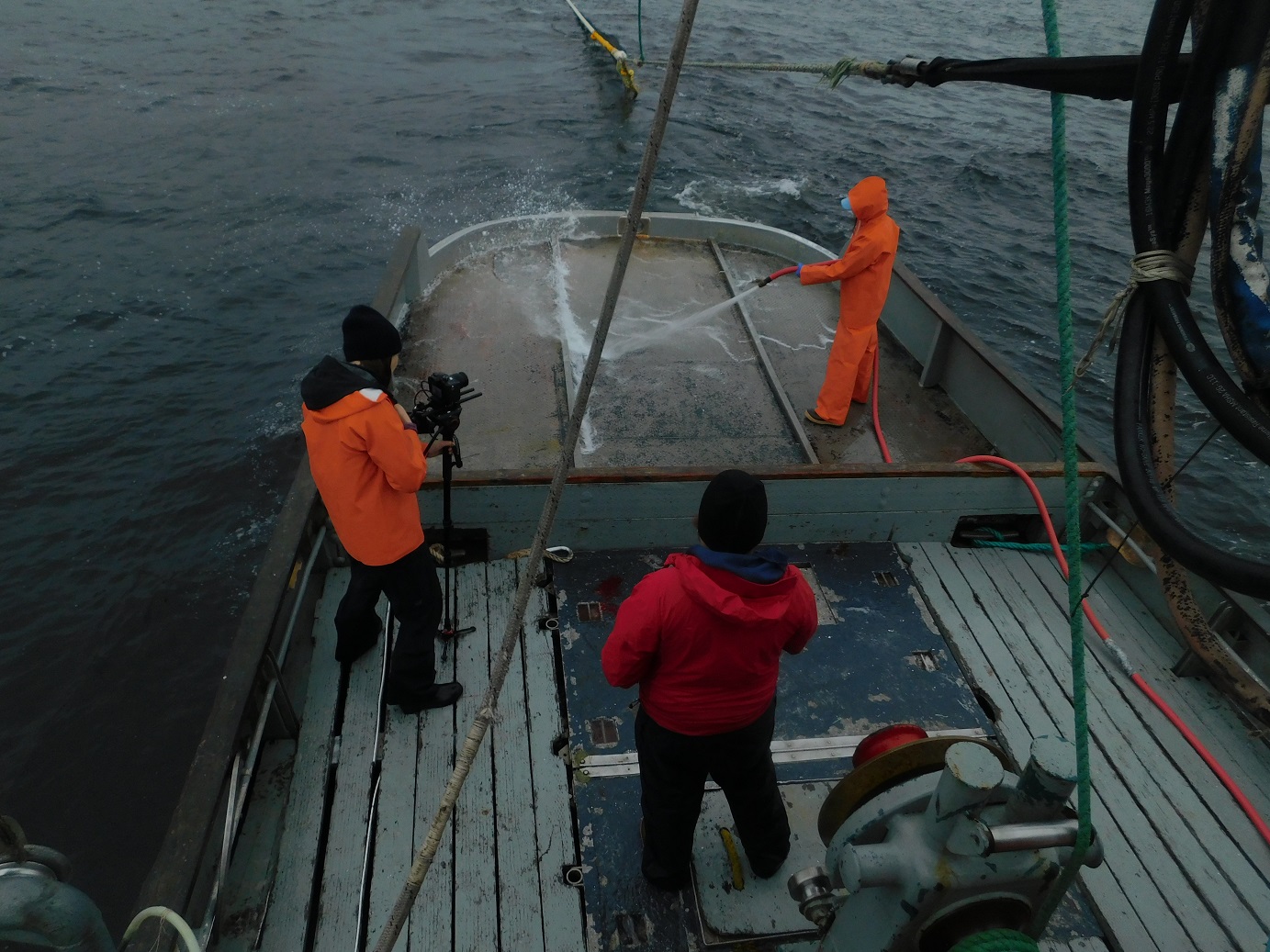 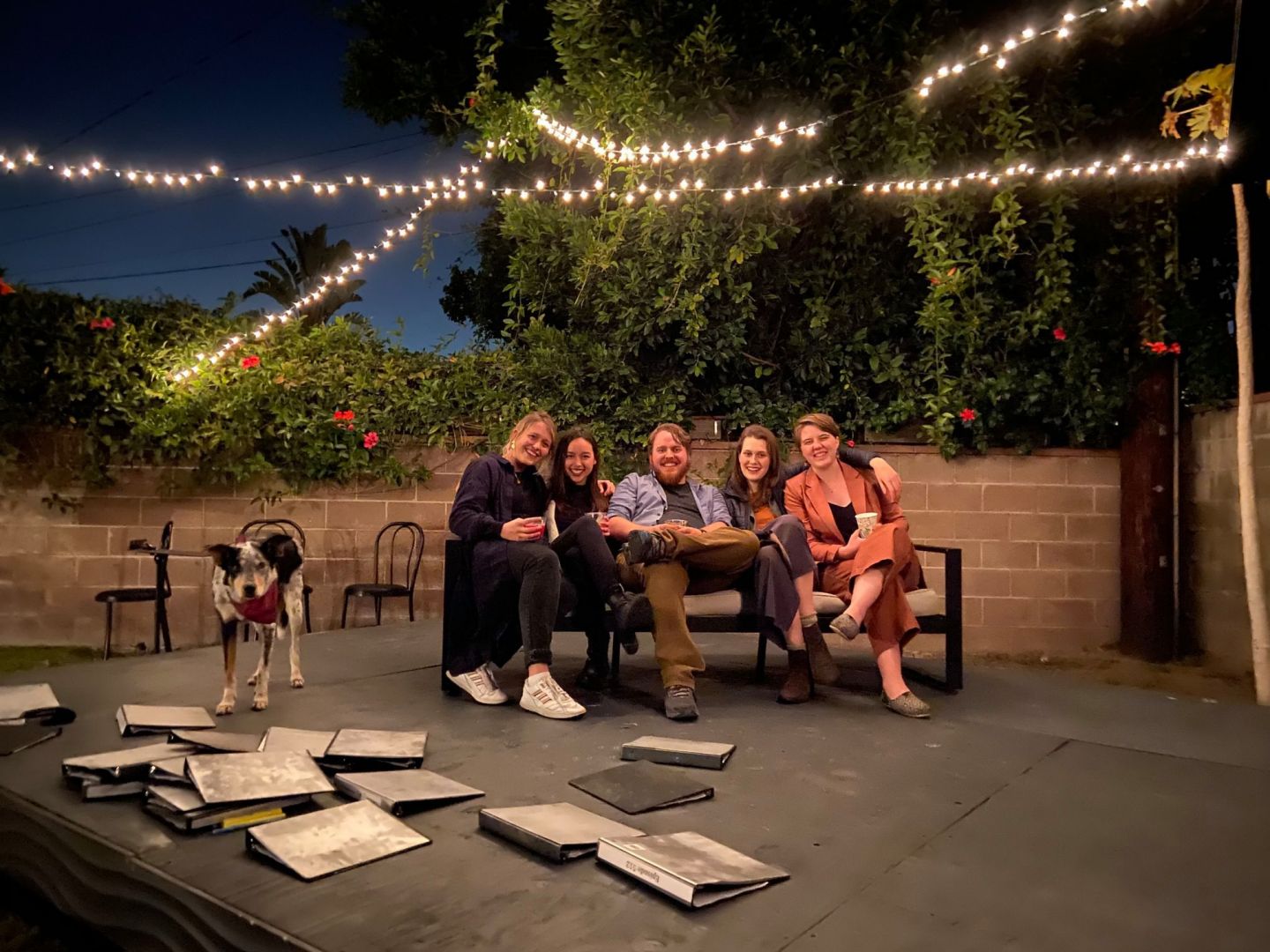 Shoutout is all about shouting out others who you feel deserve additional recognition and exposure. Who would you like to shoutout?
There are many things that we could say brought us all together: some of us went to college together, some of us came from the same hometowns, but what really united us as Broken Slate was our first Los Angeles apartment. So we have to give credit to our landlord, Quentin. He took a chance on some kids with mediocre credit scores, based on a letter we wrote about being young artists. When we moved in, he enthusiastically asked about what projects we were planning to make in the space, and as a film director himself, has provided active support in all of our careers. We wouldn’t have Broken Slate without this apartment – we’ve all lived in it at different points over the last three years, we’ve shot pickup shoots in the living room with the blinds closed, and have had countless meetings, watch-throughs and virtual premieres on our couches. Thanks, Quentin!