We had the good fortune of connecting with Carla Delaney and we’ve shared our conversation below.

Hi Carla, we’d love to hear about how you approach risk and risk-taking
For me, taking a risk, usually means going outside of my comfort zone. It can mean exposing a vulnerability, taking a leap of faith, or just plain stretching my nervous system and growing my energy field to become larger than what I’m used to being. I’m still working on learning to enjoy risk-taking. Naturally, I’m a fairly calculated person. So every time a new risk presents itself, it feels like I’m climbing up the tracks of a rollercoaster, listening to the click, click, click as I inch closer to the peak of whatever adventure I’m about to experience. I have to say though, I think every time I’ve taken a risk, it’s been worth it! I moved to California from the east coast. That felt like a risk. I’m from a rural part of Pennsylvania near Pittsburgh. Leaving my family, not knowing anyone in a large, new city was a huge unknown. Would I establish new roots? Would I get work? Would I find community? There were no guarantees. But, it’s been my experience that, usually, something inside of me starts to whisper and grows louder (even shouts) when my soul knows it’s time to make a change – a.k.a. take a risk. I took a funny risk to get hired for my first national television show. At the time, my boyfriend and I were living together on the east coast. He received a voice-over audition in his email from a pretty big animated show. When he printed out the audition, I noticed the scene laying on our kitchen table. It called for several female celebrity impersonations and I felt sure I could do them. I remember telling my boyfriend how much I wished I had an agent and could submit for roles like this. He turned to me and said “Why not submit using my audition? Work like crazy on the roles and if you’re good enough, they have to listen to you.” Sure enough, I booked the job. I needed to join SAG because of it and the job help me land the representation I still have to this day. Actors always talk about taking risks. Sometimes I think the biggest risk is gambling on whether you can make a living at this or not. When I was a part of The Groundlings Sunday Company, the cast would write and perform a new sketch show every week. That was my first experience “graduating” from “just performer” to performer/writer. For me, writing for live theater is always a risk because you never know what’s going to work in front of a live audience. Plus, The Groundlings are home to some truly brilliant comedians, so when a scene you wrote works on that stage, it’s exhilarating! And when it doesn’t, you’re like “um, can I just wear this fake mustache out to my car?” But creativity isn’t about “getting it right”, it’s about experimentation. What you learn about yourself when you take a risk is invaluable. Self trust has been a big one for me. When I wrote my first one woman show, “VOICES” it felt like a total risk to stand on a stage speaking words I wrote for 60 minutes. For most people it’s fear of public speaking, then fear of death. I couldn’t help but wonder, is this going to feel worse than running naked at my high school track during an actual track meet? After years of writing sketch comedy, writing from a more vulnerable place felt risky. However, it’s been the biggest payoff. I don’t know if we can grow into bigger versions of ourselves without taking risks. I was lucky to discovered a wonderful solo theater community called Soaring Solo, lead by a remarkable woman, Jessica Lynn Johnson, who, if you haven’t already, I hope you interview someday! Through this community of playwrights, I’ve taken some of my deepest creative risks in a very supportive environment. I think that’s key. 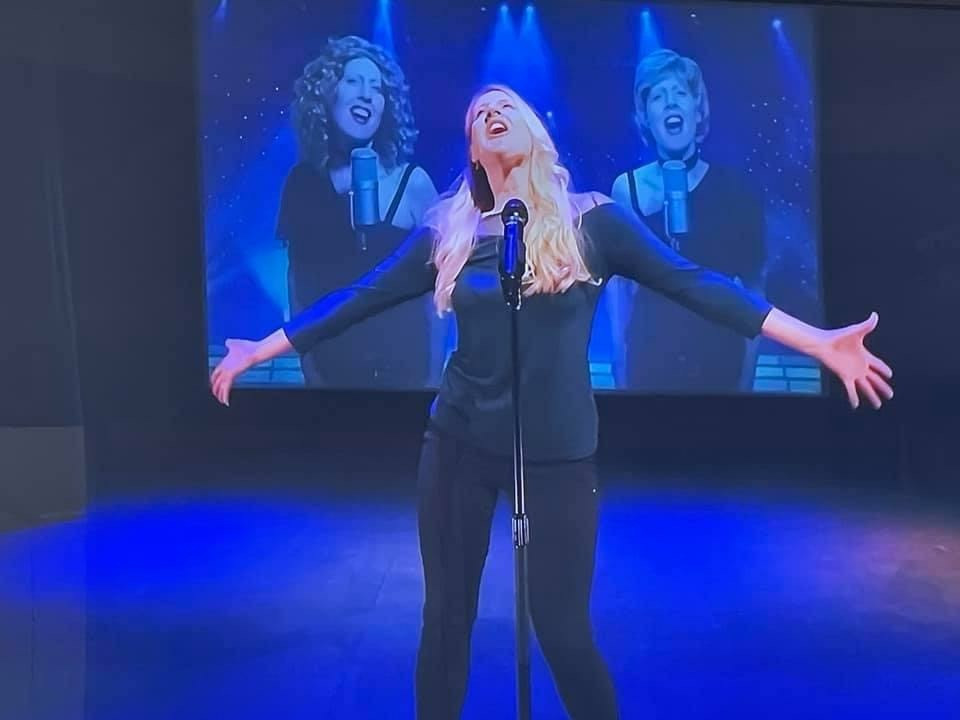 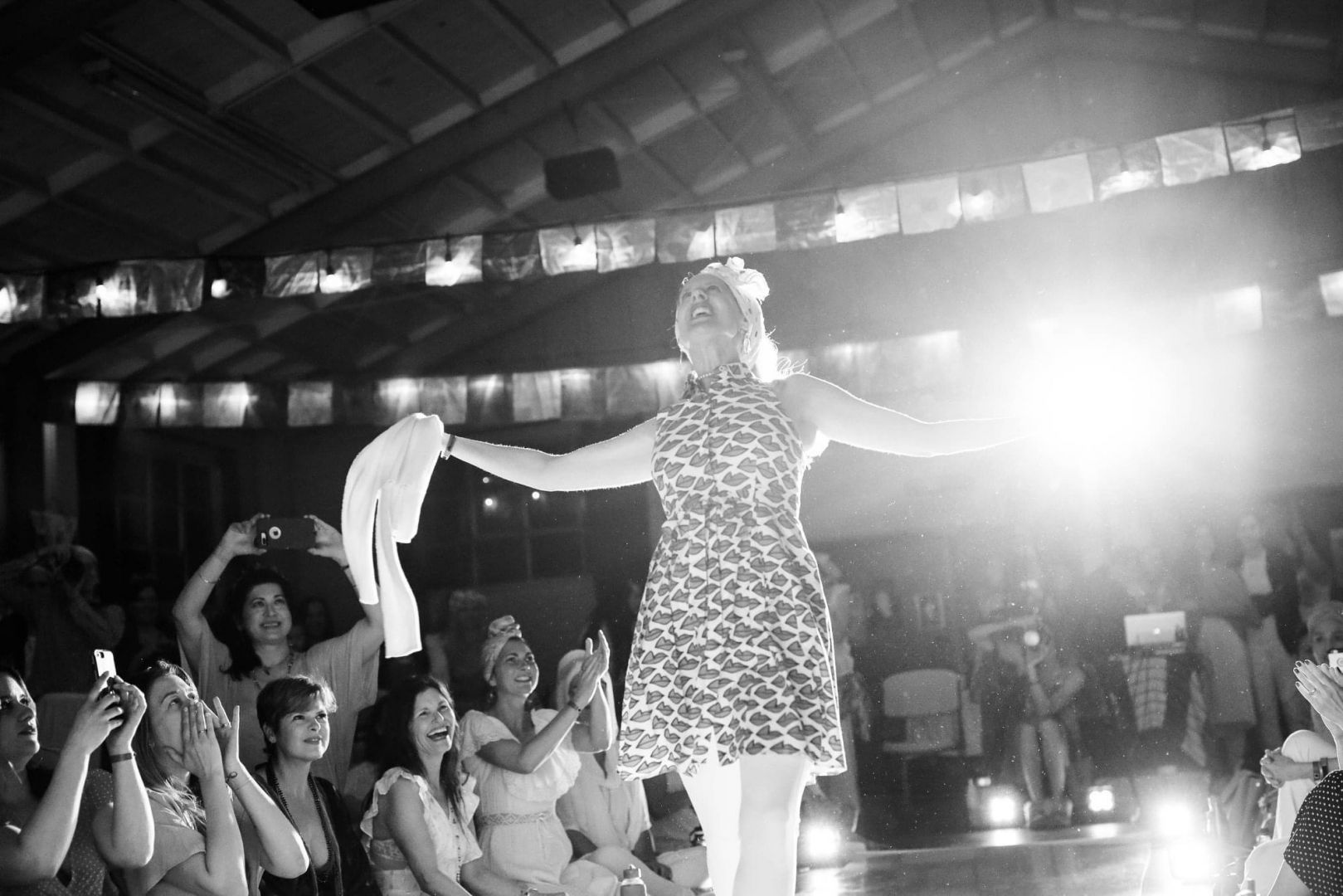 Can you open up a bit about your work and career? We’re big fans and we’d love for our community to learn more about your work.
I got into the business by doing celebrity impersonations. I was cast in Gerard Alessandrini’s “Forbidden Broadway”, the long-running musical theater parody touted as “the SNL of Broadway”. Every night, our cast would sing and dance as legendary greats like Liza Minnelli, Judy Garland, Barbra Streisand and dozens more! It was incredible fun, and soon I learned I could make a living in voice-overs by doing celebrity sound-alike work. In the beginning, I think the impersonations were a little bit of a crutch because I would rely on the magic trick of impressions instead of taking a chance writing and creating my own brand of comedy. After studying at Second City and The Groundlings, I learned to incorporate the impressions into satire that was unique to me. It also opened up a whole world of original characters. I champion actors to study at great schools, but then, I think it’s equally important to eventually step away from a school’s philosophy and hone your own voice as a performer. My solo work is where I’ve experienced the most self trust. It’s where I started to understand my brand. In solo work, there are really no rules. You get to create whatever you want. It’s this freedom that encourages me to incorporate different healing modalities into my art. I’ve studied kundalini yoga for about a decade and I’ve always been interested in the chakras, or energy systems in the body. Expression comes from the throat, which is considered the 5th chakra. But to effectively express, we also need a strong 3rd chakra, or navel point. This is where empowerment is generated. In 2015, I was diagnoses with Hashimoto’s Syndrome, which is a thyroid deficiency. I was surprised to learn how many women in American are affected by thyroid conditions. Ironically, the thyroid is found in the throat and can directly affect the voice. It peaked my interested in the mind-body connection and lead me to wonder if there was a deeper connection between thyroid deficiency and the way women communicate. This is the origin of how my comedic one woman show “VOICES” was created. I wanted to talk about my own journey with expression and self empowerment. The show resonated hugely with audiences and lead me to tour nationally for four years.

I like entertainment that has you laughing hysterically one moment, quickly touches your heart the next, and makes you have something juicy to talk about on the car ride home. When I saw Lily Tomlin on stage in her Broadway revival of “The Search for Signs of Intelligent Life in the Universe”, I had never witnessed anyone develop such funny sketch characters from such a human place. The show was broad and comedic but had a much deeper message. Like any great magician, Lily entertained the audience with brilliant acting and laughs, all the while teaching us valuable lessons in humanity. I loved it! I think I fancy myself an entertainer/teacher hybrid, because I really love what the arts teach us about ourselves.

As for my brand, to package it simply, my art right now is Tracey Ullman meets Sesame Street for grown ups. It’s outrageous sketch comedy that makes you feel good, and might even make you think. I once heard a great quote; “Be The Cure. When you walk into a room, know you are the remedy for every situation. You don’t just have the answers, you are the actual cure.” Can you image how good our self esteem would feel if we consistently thought that way about ourselves? It’s my opinion that everybody just wants to feel good. The sketches you’ll find on my Instagram, TikTok, and YouTube Channel, as well as the pilots I’m creating for television are reflective of this philosophy. It’s all about honoring our highest worth in every situation…of course there’s built-in comedy when we fall short. 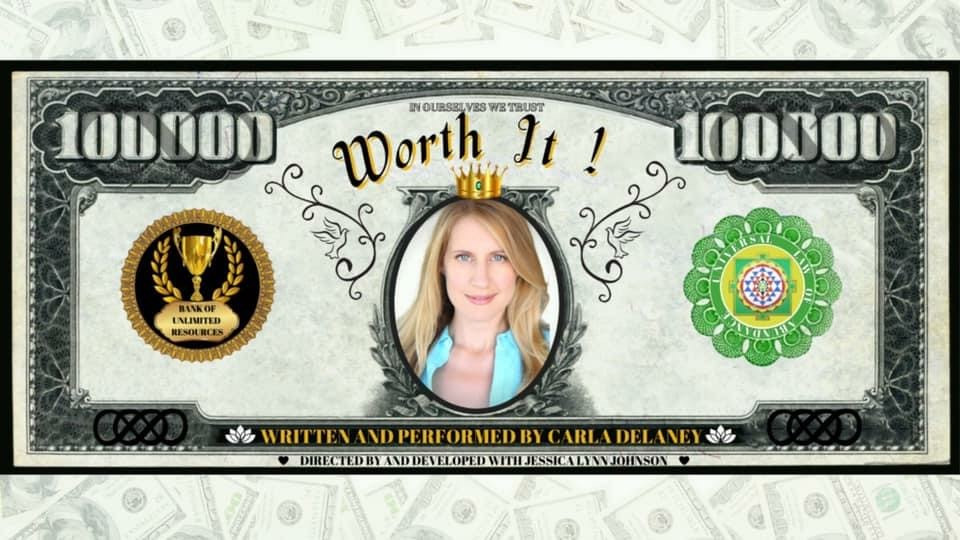 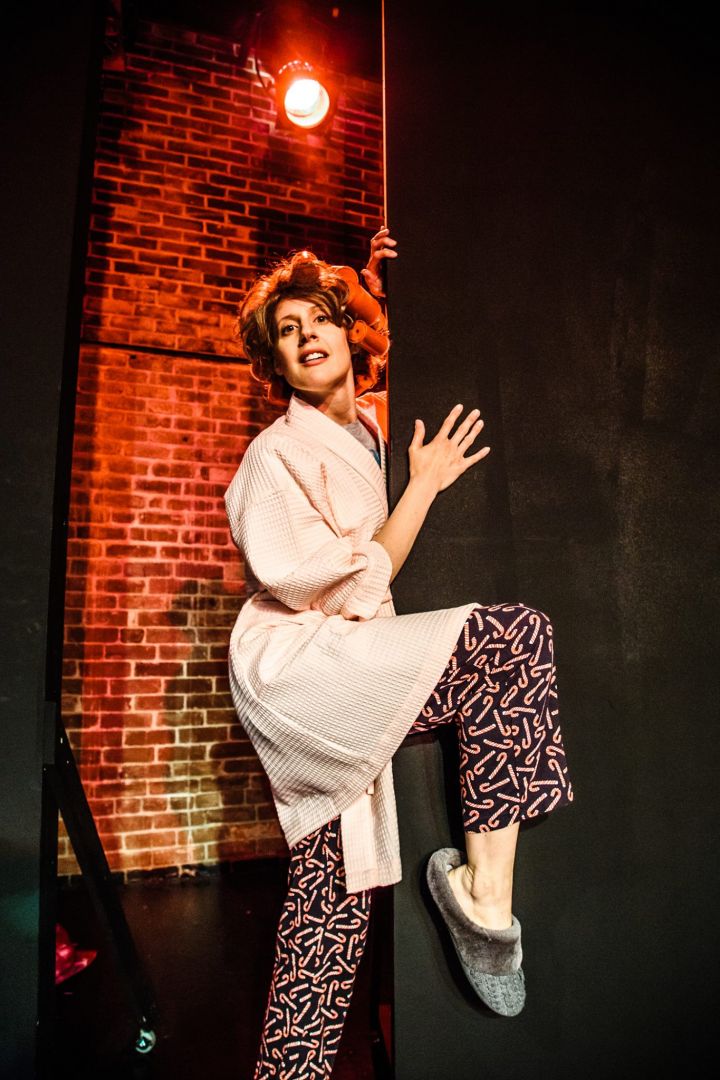 Any places to eat or things to do that you can share with our readers? If they have a friend visiting town, what are some spots they could take them to?
I’m a west-sider so I would probably start the day at Cafe Buna in Marina Del Rey for breakfast, with their Red Velvet Gluten free waffles, then walk across the street to the beautiful Venice Canals. If it’s a sunny day, we might rent paddle boards at Mother’s Beach and drift around the marina, or rent bikes and ride around Burton Chace Park to see the seals! Then we’d have to take a stroll down Abbot Kinney and dab a little Noir 29 on our wrists at Le Labo. For lunch, it would be a real toss up between the Butcher’s Daughter for Pad Thai, or lounging outside on the airy patio at Plant Food and Wine. One thing I know for sure is dessert would involve Salt & Straw and either two scoops of mint chocolate chip or salted malted chocolate chip cookie dough! After that, we would definitely need some serious exercise, but why not have a little scenery while you walk? Palisades Park near the ocean is like having a mini Central Park at the beach. And if I’m feeling extra ambitious, we’d take the Santa Monica Stairs down to the PCH. I’d end the day watching the sun go down at Malibu Pier and chilling at Malibu Farm Cafe. The next day we’d have to spend time on Montana Avenue in Santa Monica, popping into the Bread Block, a great gluten free bakery for lunch. Speaking of GF bakeries, we’d of course need a to-go box of cookie sandwiches….ok, now you’ve got me thinking about amazing vegan/gluten free bakeries on the west side and my absolute favorite is Sinners and Saints! I think it’s one of the most considerate bakeries ever because it has an entire case devoted to “sinners” a.k.a. people who eat sugar, flour, dairy, and every other fantastically delicious decadence in the world. And it also has another equally impressive case devoted to all vegan & gluten free gorgeous creations! I highly recommend the passion fruit “cheese” cake. By now, our pants are zipping with more rebellion, so it’s off to Topanga to hike. When the sun starts to dip, dinner under the twinkly lit canopy at Inn of the Seventh Ray is a fairy-magic land. It comes closest to catching lightning bugs when I a kid. 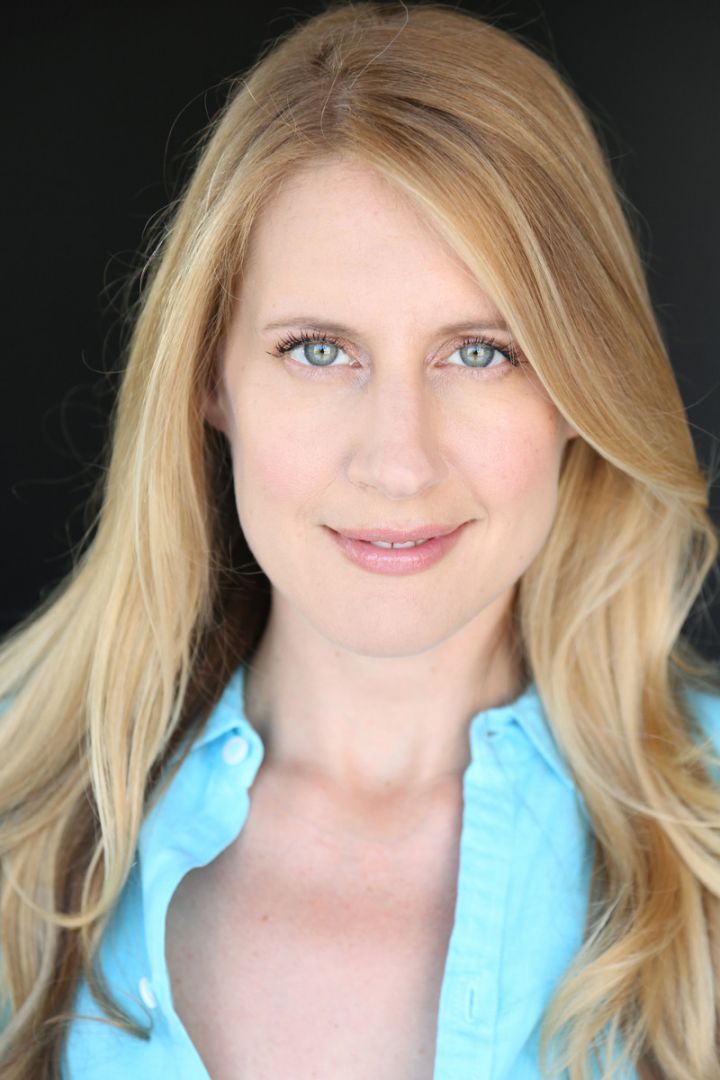 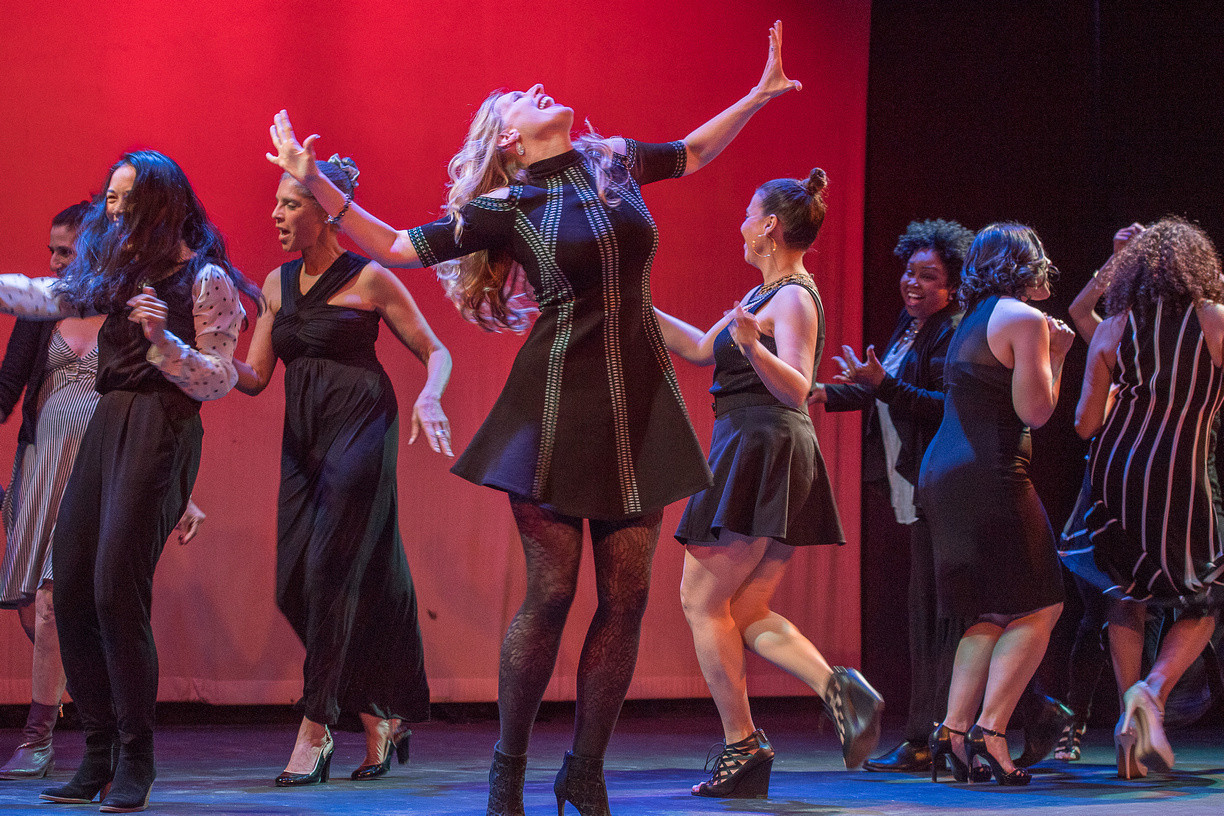 Shoutout is all about shouting out others who you feel deserve additional recognition and exposure. Who would you like to shoutout?
Jessica Lynn Johnson, founder of Soaring Solo Studios, definitely deserves a big shoutout! Jessica has dedicated her life to helping people craft and share their stories in a respectful and inspired environment. She is definitely lead by spirit! Jessica has directed two of my award winning shows; “Voices” and “Worth It”. She embodies abundant-thinking by offering weekly classes for no cost! Over the years, I’ve watched her unique and altruistic business model grow exponentially. 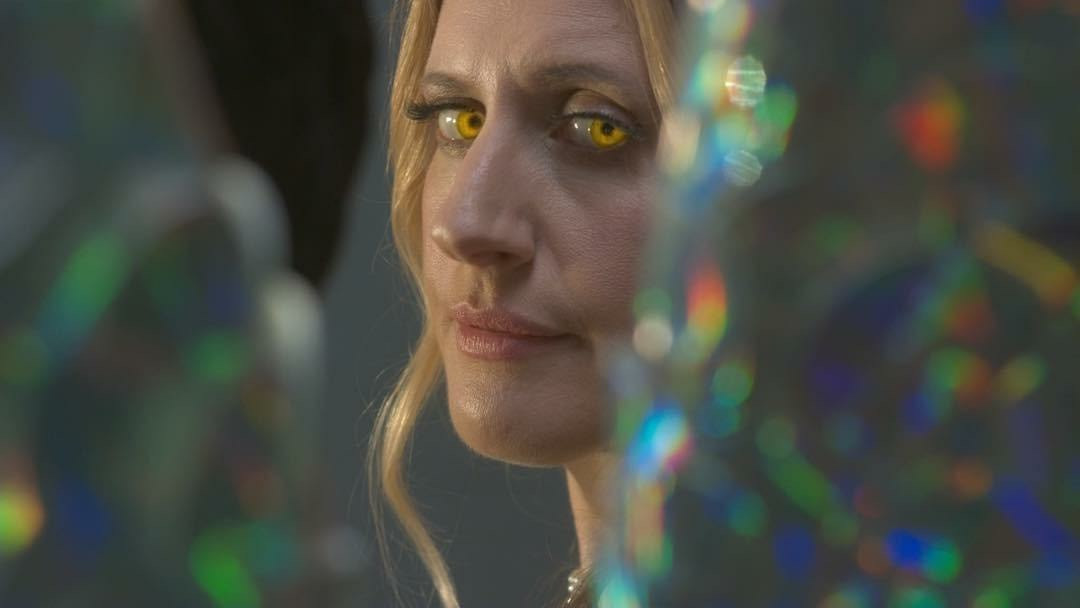 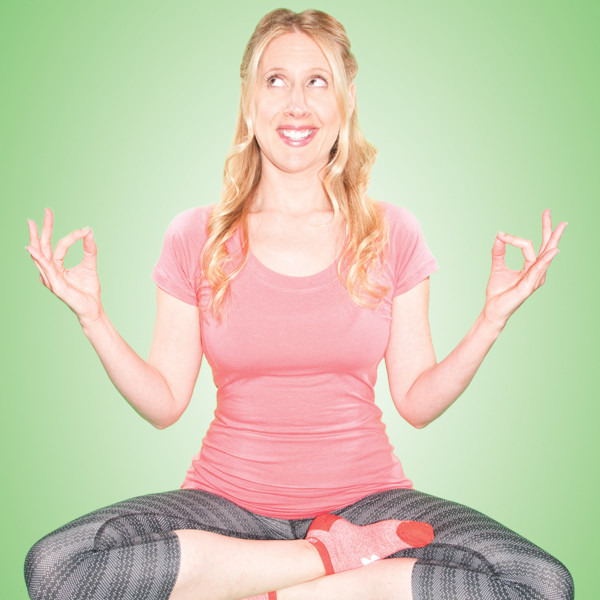