We had the good fortune of connecting with Cati Porter and we’ve shared our conversation below.

Hi Cati, why did you decide to pursue a creative path?
Ask any artist why they create and you’ll likely get a version of the same answer: Because I have to. It’s not so much a ‘pursuit’ of a particular path. It’s like breathing; I can only hold my breath for so long before I’m gasping for air. But to say that one might be predisposed to create art is not to say that it can’t be pushed out. My mom is an example of someone who had innate talent, but whose talent was never nurtured, always undervalued — not deliberately so, but in ways that undermined her belief in herself. Growing up, we had these beautiful pencil drawings on the wall — her drawings — and on the shelf, a binder of her art. Once when I was really little we went to Yosemite and stayed in the tent cabins. There’s a picture in our family album of her cute drawing of Woodsy Owl on the canvas wall of that tent. She drew it freehand. Her father was a noted ceramist who created ceramic figurines which first began as sketches he made from pictures in an Audubon book. She inherited his talent with a pencil. But he died when she was four years old and that changed the trajectory of her life. Lacking an education, her career path landed her squarely in manufacturing, operating machines or working in the shipping department. Early marriage. Early motherhood. Me. When I was a freshman in high school, I took an art class. I did okay, but I was not a natural the way that she was. Back to school night came, and she walked with me around the room looking at all of the drawings that young teens like me had been making. Some were quite good. At that point, she judged her own work inferior and stopped creating art. But it was never an apple to apples comparison. She had had zero formal training. These kids had been guided by instructors. I sometimes wonder what might have been if she had been afforded the same tools, the same reinforcements, that I’d had. A few years ago, I gave her some art supplies for her birthday and I don’t think she’s used them yet. Words matter. The stories we tell ourselves matter. If we tell ourselves our work isn’t good enough, it never will be. We need to be generous with ourselves, to allow room for growth. We need to shut down that internal voice that is critical of our work, that is always comparing our work to someone else’s. My career path began the first time someone praised my writing. My mom. I must have been around four or five. I’d written a poem about a turkey for Thanksgiving, and she liked it. I don’t remember what she said, but whatever it was, it stuck. Her belief in me fed my own belief in myself. Later, in a high school creative writing class, I had a very supportive teacher. She wrote on one of my stories, “So you want to be a writer?” And I thought to myself, Yes. Yes, I do. We need to never underestimate the power of words, and our innate need for validation. Those earliest positive reinforcements gave me permission to exercise my creative muscle, and over time my confidence grew so that I could brush off the inevitable criticisms. Art is subjective; ‘good’ is subjective. 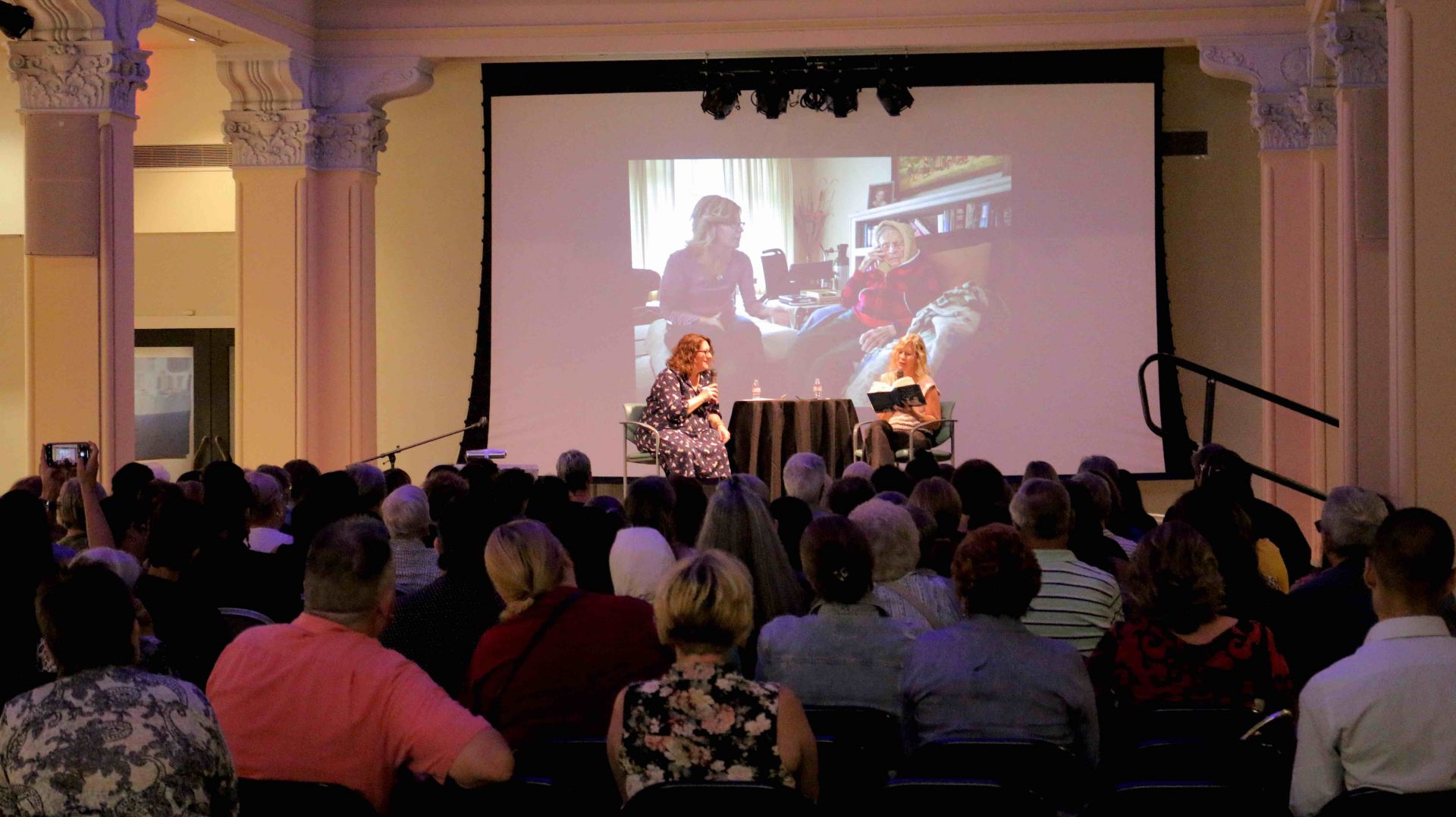 Can you open up a bit about your work and career? We’re big fans and we’d love for our community to learn more about your work.
I’ve told this story many times, but it’s worth retelling. As a writer, the wait for an after a submission is frustrating. I’d almost rather have an instant no than a year of excruciating limbo. Around 2005, I was complaining about this to my husband over wine in the kitchen, and he suggested I found my own literary journal. So I did. I had no idea what I was doing but pretty soon Poemeleon was born. It’s been fifteen years. I learned a lot from that experience, and in the process of trying to promote it locally, I met someone – Marion Mitchell-Wilson. I was a presenter at the library, reading some of my poems. She had recently founded a local literary nonprofit. She invited me out for coffee and suggested I join the newly-formed advisory council, so I did. She also thought Inlandia should have its own literary journal, so having that knowledge and skill set, I founded Inlandia: A Literary Journey. Inlandia wanted to grow the writing workshops program, so I founded a new workshop out a local library. She wanted to see Inlandia publish an anthology out of the workshop program, so I learned what it would take to start a publishing program, and became the organization’s first publications coordinator. Then our programs coordinator left and I absorbed her position. Then, Marion got sick, and it fell to me to hold down the organization while she recovered. I had never considered a career in the nonprofit sector, but a literary nonprofit was exactly the right kind of work for me. I didn’t know what I was getting myself into! But here I am, a dozen years later, running the place. I’m proud of the organization that we’ve become and all of the writers and other creatives and culture bearers we’ve nurtured along the way. It’s never been easy, but it’s always been fun, I’m not one to walk away from a challenge.

Any places to eat or things to do that you can share with our readers? If they have a friend visiting town, what are some spots they could take them to?
I’d book you a room at the Mission Inn, a historic hotel in the heart of downtown. Built in stages over time, each wing is different and the hotel overall is an eclectic mix of mission and Asian influences. No, the hotel never was used as a mission. I’d probably book you in one of the Glenwood Suites, maybe even the Alhambra Suite with a balcony overlooking the Spanish Patio. We’d eat out at a different restaurant at the hotel every night. There’s a sushi bar, a Mexican restaurant, and Italian restaurant, a steakhouse, plus the signature restaurant, Mission Inn Restaurant, which is where the Spanish patio is. We’d take one or two nights to see shows at the historic Fox Theater and Performing Arts Center, we’d visit the Riverside Art Museum, the Cheech Marin Center for Chicano Art & Culture, the Museum of Riverside, and we’d even check out the new main library which just completed construction. We’d peruse Mission Galleria Antiques. We’d take a docent-led tour of the Mission Inn. We’d hang out at the pool and order room service including margaritas and we’d take advantage of the spa and get massages and pedicures.

The Shoutout series is all about recognizing that our success and where we are in life is at least somewhat thanks to the efforts, support, mentorship, love and encouragement of others. So is there someone that you want to dedicate your shoutout to?
I draw a direct line through my life that plots out my ‘career’ trajectory: family first, then teachers, professors, peers, mentors, colleagues, friends. There were all kinds ways I could have been knocked off that path. Organizations like California Poets in the Schools, which visited my ninth grade English class, have the power to change lives. Finding Inlandia Institute, which at the time was a very young nonprofit, and meeting Marion Mitchell-Wilson, Inlandia’s founding executive director, definitely changed my life. I never saw myself as an arts administrator but she saw something in me and nurtured that. Also, my writers group, including Judy Kronenfeld, Lavina Blossom, and Charlotte Davidson, who I’ve been meeting with monthly for twenty years. I’ve learned so much from them. And my family of course!