We had the good fortune of connecting with Charles Mesa and we’ve shared our conversation below.

Hi Charles, where are your from? We’d love to hear about how your background has played a role in who you are today?
Whether we like it or not, our surroundings have a huge impact on who we are. I’ve been impacted greatly by the city of Los Angeles, even with time spent in rural Canada (my mother’s birthplace), I interacted with the outside world as someone from the City of Stars. Some people might expect that I’m not equipped for the more hands-on or grittier parts of life.

When I tell people I’m from here, most imagine LA as being a city of glitz and glam, but when I close my eyes and visualize my home town, I see the image of my father. A child of 6 who grew up in a 2-bedroom house in the San Fernando Valley. His father died of leukemia when he was a teen and from then on, he was the man of the house. His aunt Sally made him a deal: work as hard as you can, help take care of your family, and I will get you a camera. With hard work, dedication and a bit of luck, my father got a job on a TV pilot as a set photographer. A dream that wasn’t even in his mind had came to fruition, why? Some would say it’s hard work, some would say it’s dumb luck. It’s a little of both, but more importantly, it’s the fact that he couldn’t help but be anything else.

So when I think about Los Angeles, I do not see glitz, glamour, and success. I see the boy that walks the streets of K-Town at night, headphones in, with nothing but an unstoppable will and a need to tell stories, not a want, not a dream, but a need. That’s a hell of a city if it can instill those qualities in a person. The wonderful thing about Los Angeles, is no matter how big you get, you will always be a small fish. This isn’t a pond we’re swimming in, it’s an ocean. Only those that can keep their ego in check and keep swimming can make it from one end to the other, and rarely unscathed. That’s a beautiful challenge. That’s a life worth living, and I’m up for it. 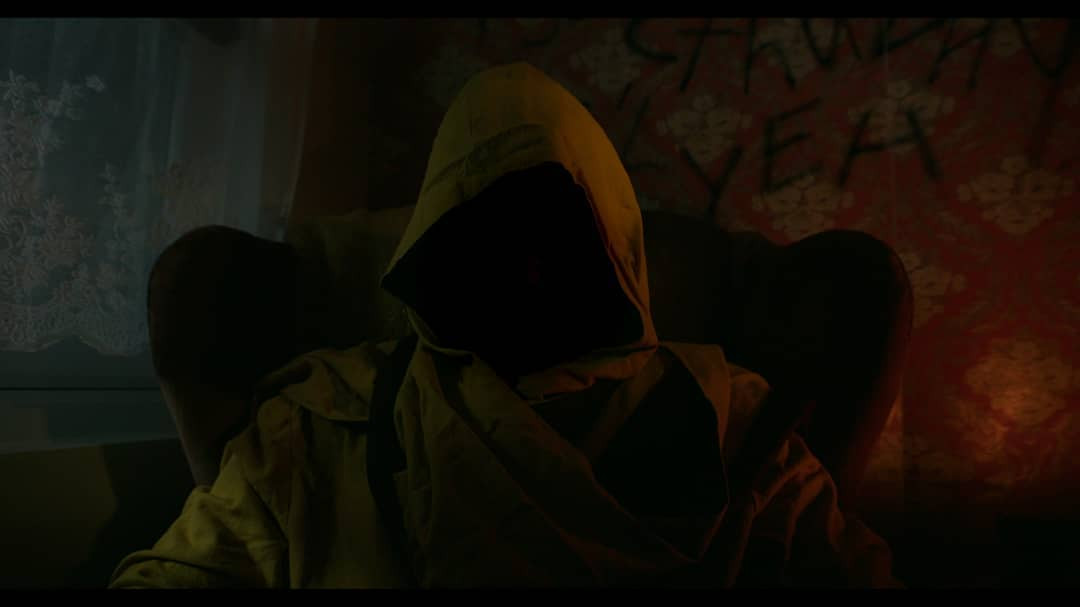 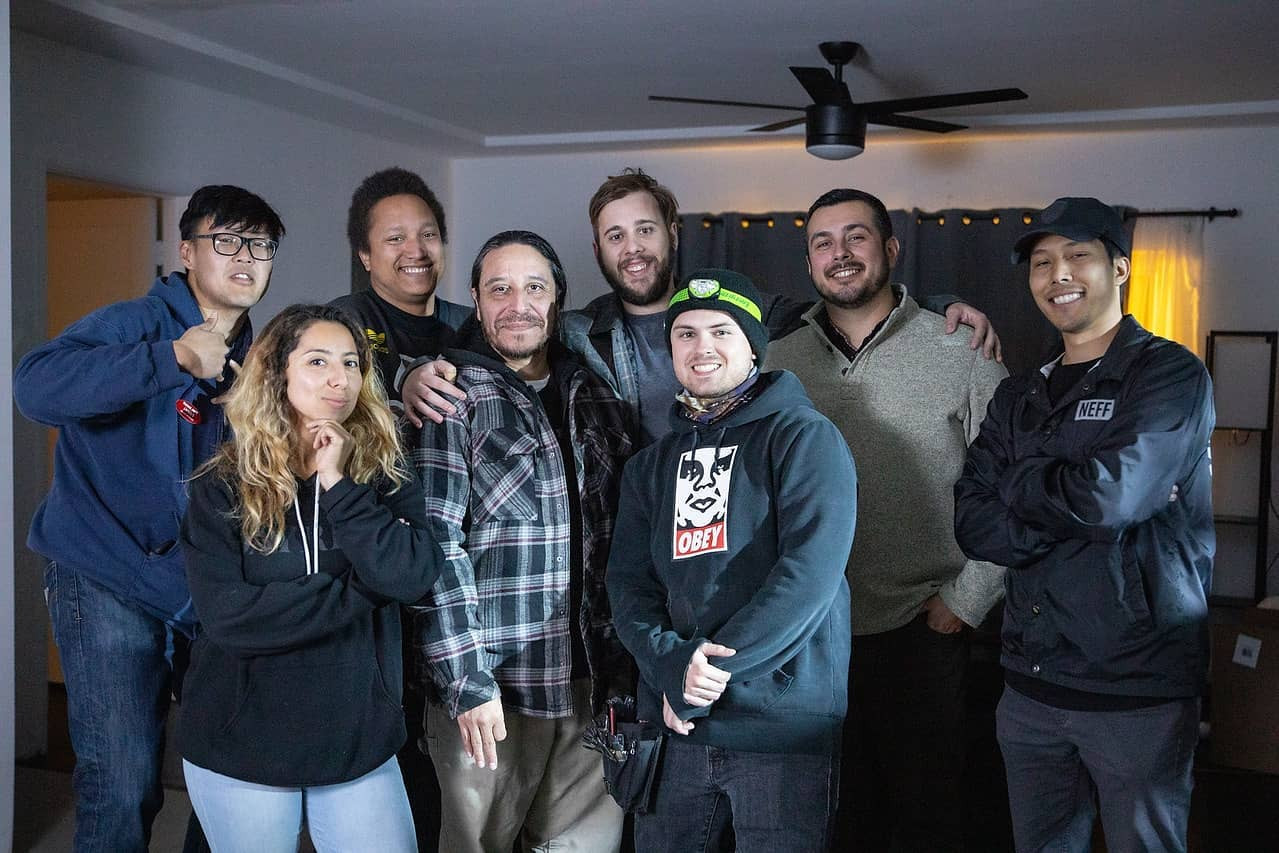 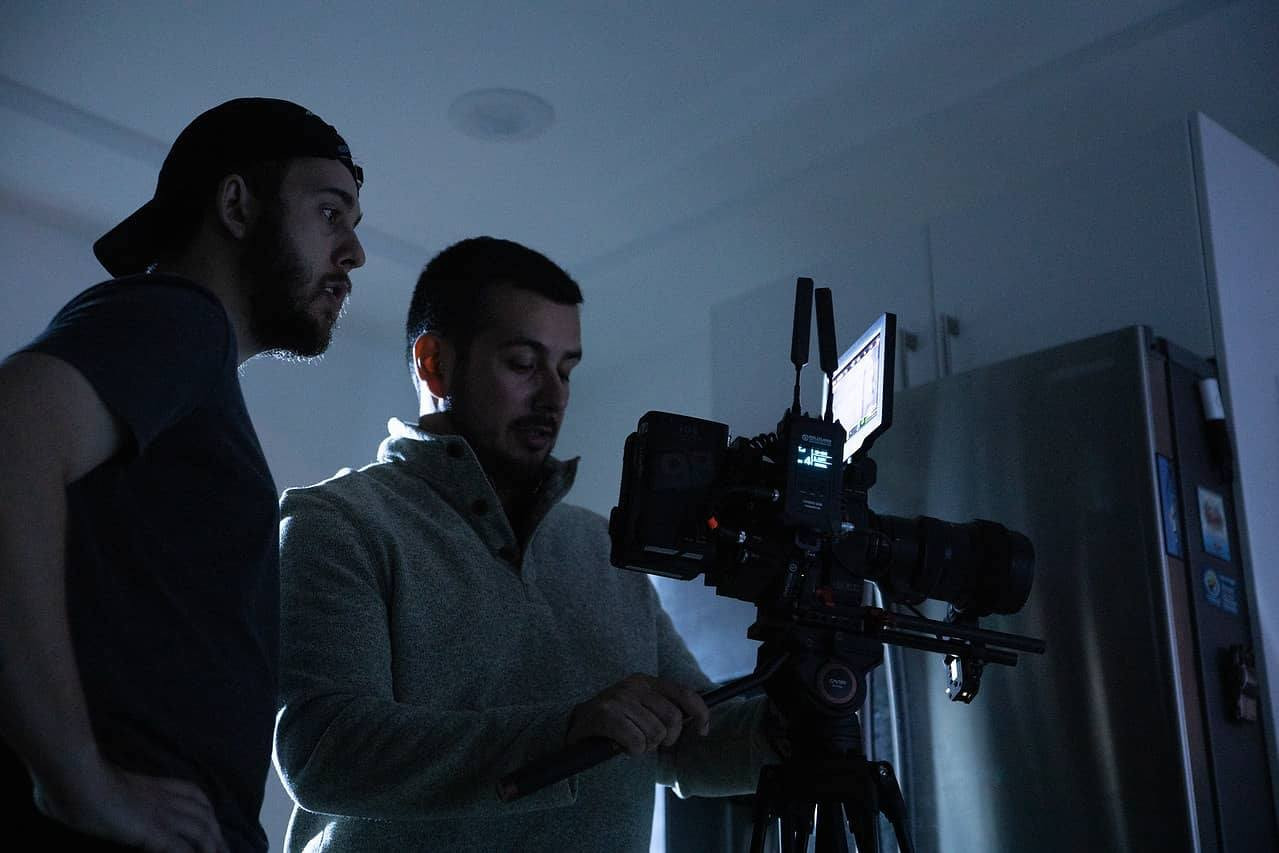 Let’s talk shop? Tell us more about your career, what can you share with our community?
I know what I’ve wanted to do from the moment I spun my first lie. The way the words were twisted from mundane truth into a strange new reality made me feel powerful, in control of my destiny. Life could be anything, infinite possibilities, and I aimed to explore it’s depths. First, it started with drawing characters and writing, but eventually that wasn’t enough. I wanted to show people, so I started acting. There was a joy there, but no fulfillment. I was selfish in my endeavor and I wanted to tell my own stories.

For whatever reason, I held myself back until I couldn’t anymore. I sold myself on the same lie that most people tell themselves: “Security is the most important thing.” Once I let that go, my mind was liberated. To me, my journey was easy. Don’t get me wrong, just like any path there were obstacles along the way, but I knew in my heart that no matter how many detours I took, there was only one destination.
As for the art itself, the only important constant in my work is metamorphosis. Tell the best story you can tell in that moment and then find a way to share with the world, then evolve, learn from it, let it change you. There has to be a metamorphosis in every piece I make. If I succeed in one thing in life, I hope it’s that. As pretentious as I sound sometimes, I just want people to know that I’m here to tell good stories and make some friends along the way. That’s me, that’s my art. There’s a question here about “lessons that I’ve learned along the way” and that’s something that I’d like to cover in a YouTube series on my page: TheNovaProspect (shameful plug, I’m sorry). If sharing tricks of the trade and looking into a creator’s thought processes is something you’re interested in, I’d love it if you could check out the page in the next month or so and join in on the discussion. 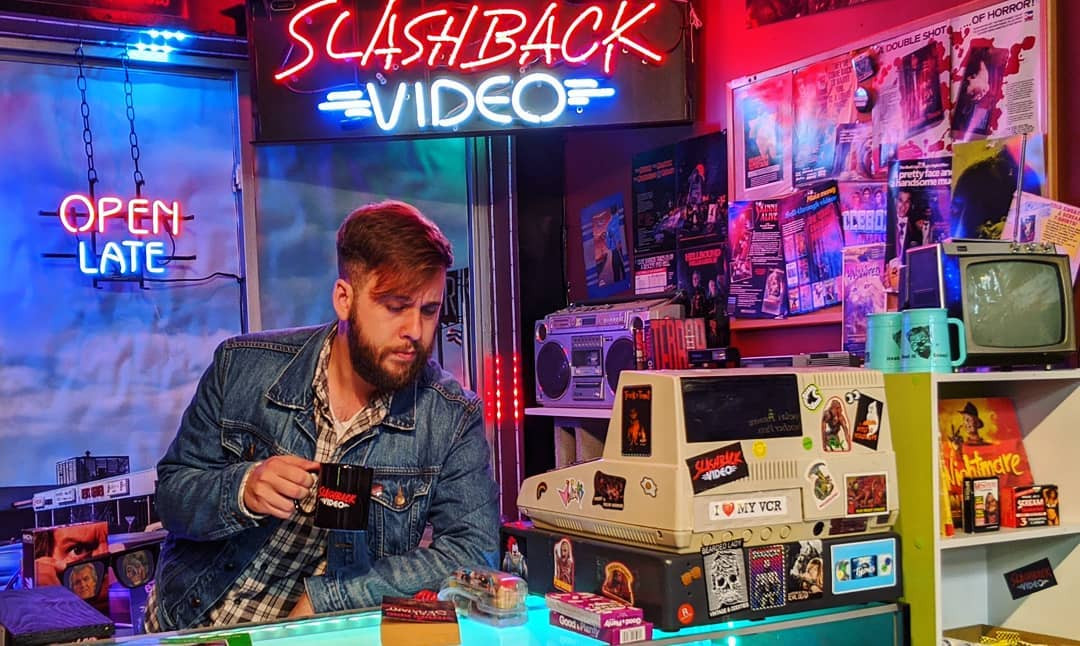 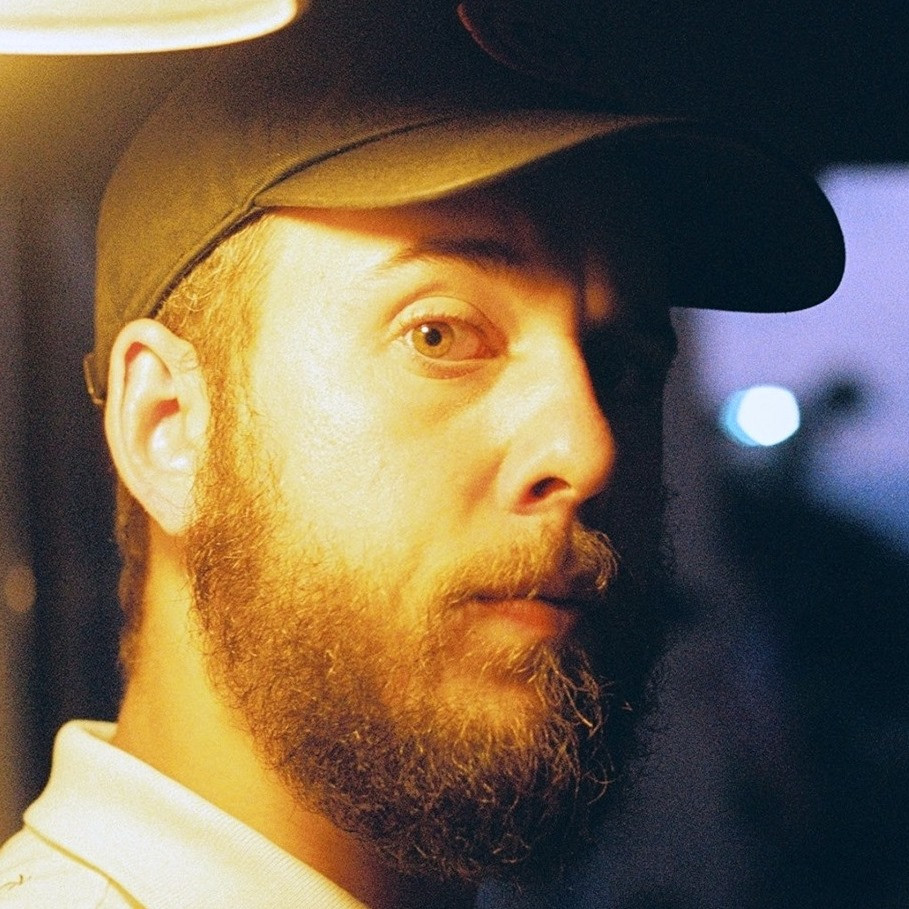 If you had a friend visiting you, what are some of the local spots you’d want to take them around to?
If I could only take my best friend to one place in Los Angeles, it would The Comedy Store on Sunset Blvd. There is no place in the world where you are going to get a line-up of comedians that talented, for that price. You’d be crazy not to visit.

That being said, a lot of my personal favorite attractions are in the little pockets of LA that people don’t get to see very often unless they’ve lived here for a while. Here’s a few:
Da Poetry Lounge (Fairfax Ave) – Tuesday nights, slam poetry, open mic sign-ups, first come first serve. Get there an hour before it opens or you might not have a seat.
The Good Nite (Burbank Blvd) – Dive, karaoke bar. Thursday nights is open-mic comedy. There’s something so magical about being in a tiny room of 10-25 people and having someone kill or bomb. Either way, you’re in it with them and experiencing it together. I love it.
Perch LA (S Hill St.) – If you’re going to go big for one night, make a reservation at Perch on the patio. It’s a rooftop bar and restaurant that overlooks Pershing Square in Downtown LA. The food is good, the drinks are great, and the view is even better. If you make your reservation early enough on a weekend, you’ll also be able to enjoy live music. After you finish your meal, head up the staircase and enjoy the bird’s nest bar, with an even better view of the city. 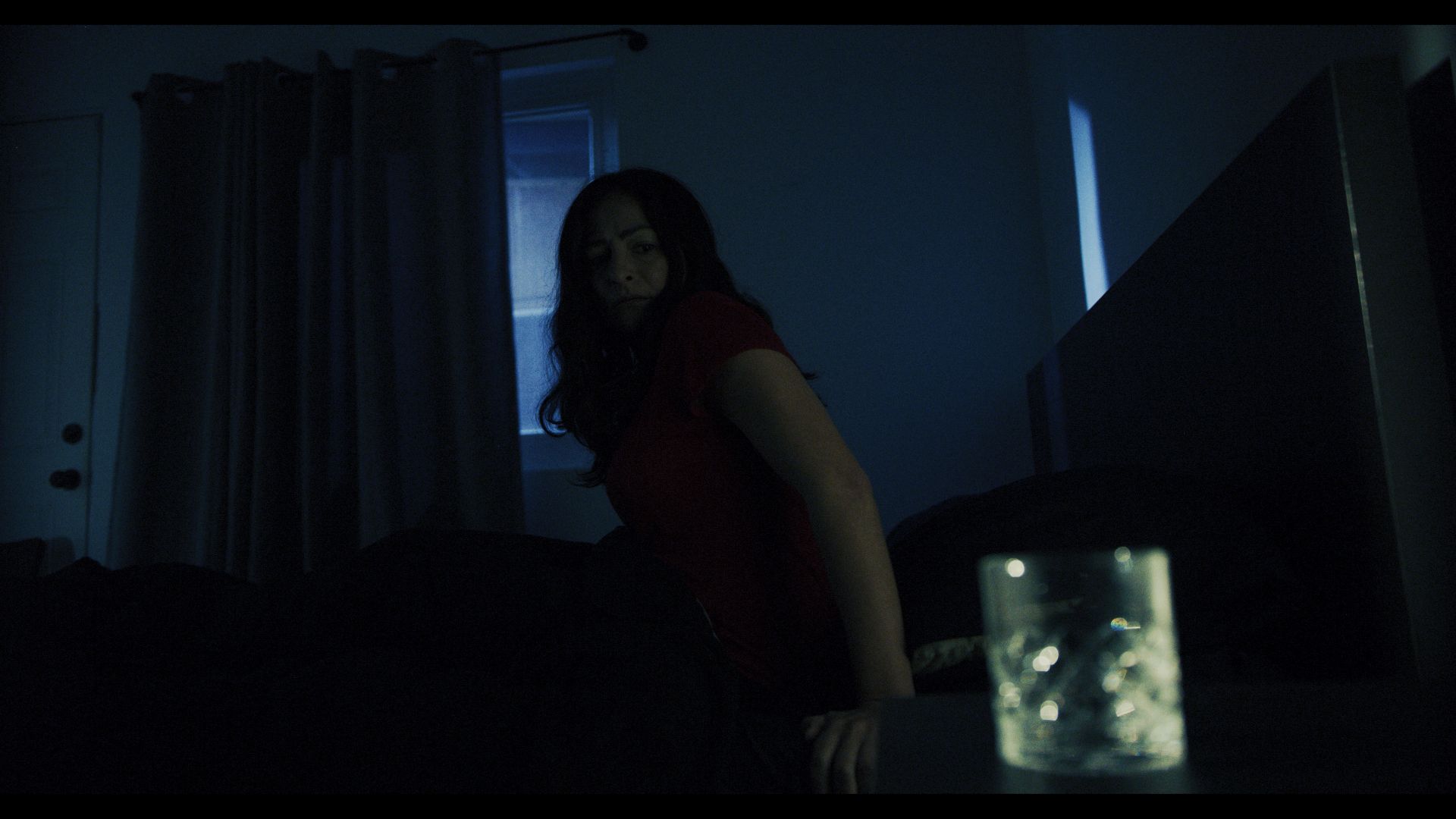 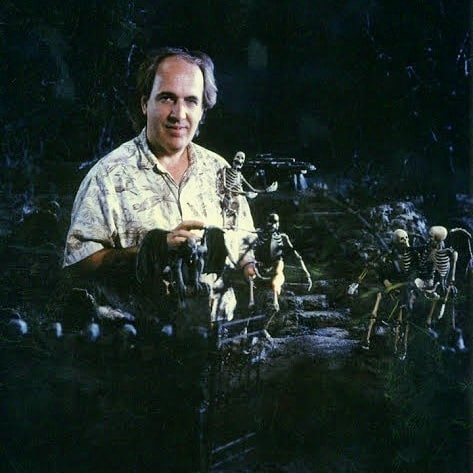 The Shoutout series is all about recognizing that our success and where we are in life is at least somewhat thanks to the efforts, support, mentorship, love and encouragement of others. So is there someone that you want to dedicate your shoutout to?
Over the course of my life, I’ve been fortunate enough to be surrounded by both moral and talented people. My mom and dad we’re my mentors by example. I am thankful that I am their child and got to see and learn from both their successes and mistakes. My brother, who was forced into the role of being the man of the house when he was young and taught me the power of responsibility and ownership. James Hong and Xavier Warrick who have been with me from the very beginning and who’ve taught me that working together, failing, helping each other up and trying again, will always be more fulfilling than being lonely at the top. Alexa Nunez–before her, I had a dream telling stories, now, I have a need. She is my unwavering support system, my only constant in a world of ebbs and flows. I would not be where I am or the man that I am today without her. Lastly, Alvaro J Barragan (Cinematographer), Faviola Rivas (Producer/AD), and Jordan Mantor (Wiz-Kid Extraordinaire) are all members of this coven and deserve all of the praise that comes their way. Together, we are unstoppable.