We had the good fortune of connecting with Thomas Garner and we’ve shared our conversation below.

Hi Thomas, why did you pursue a creative career?
For me it was like there was no choice in the matter. Since as long as I can remember, I have always excelled in art. From Kindergarten on I was always the best in my class in drawing, without even trying. It just came to me naturally. Ironically I ended up going to UCSD at a time (mid 70’s) when everything was about Conceptual Art: Performance, Installation, Video, etc. They didn’t even offer drawing or painting classes in the art program because it was considered old fashion. Even Abstract Painting was over the hill. They professed that things like “talent” and “genius” were mere ‘bourgeois constructs’ and didn’t really exist. I fell into line with that notion even though I knew deep down that I was a living contradiction to that idea. I felt guilty about harboring heretical ideas about wanting to draw and paint. And I continued to feel that guilt for decades after picking up the brush. Eventually I went to study at the Academy of Fine Arts in Venice, Italy where I ended up spending the next 24 years. I started painting photorealist paintings of blurred photos I took of Old Master paintings because that was cool and conceptual. But eventually I was seduced by sheer the beauty and excellence of those very same Masters and endeavored to learn everything I could about their techniques on my own (see tomgarner.com). Today painting is cool again, but back then it was a real struggle. I feel a bit envious of the younger talents who are getting good training at a tender age allowing them to become better artists. While in Italy I had to make a living and I literally fell into fashion graphic design that blossomed into a very successful career working for some of the biggest brands of the day (see tomgarner.foliohd.com). 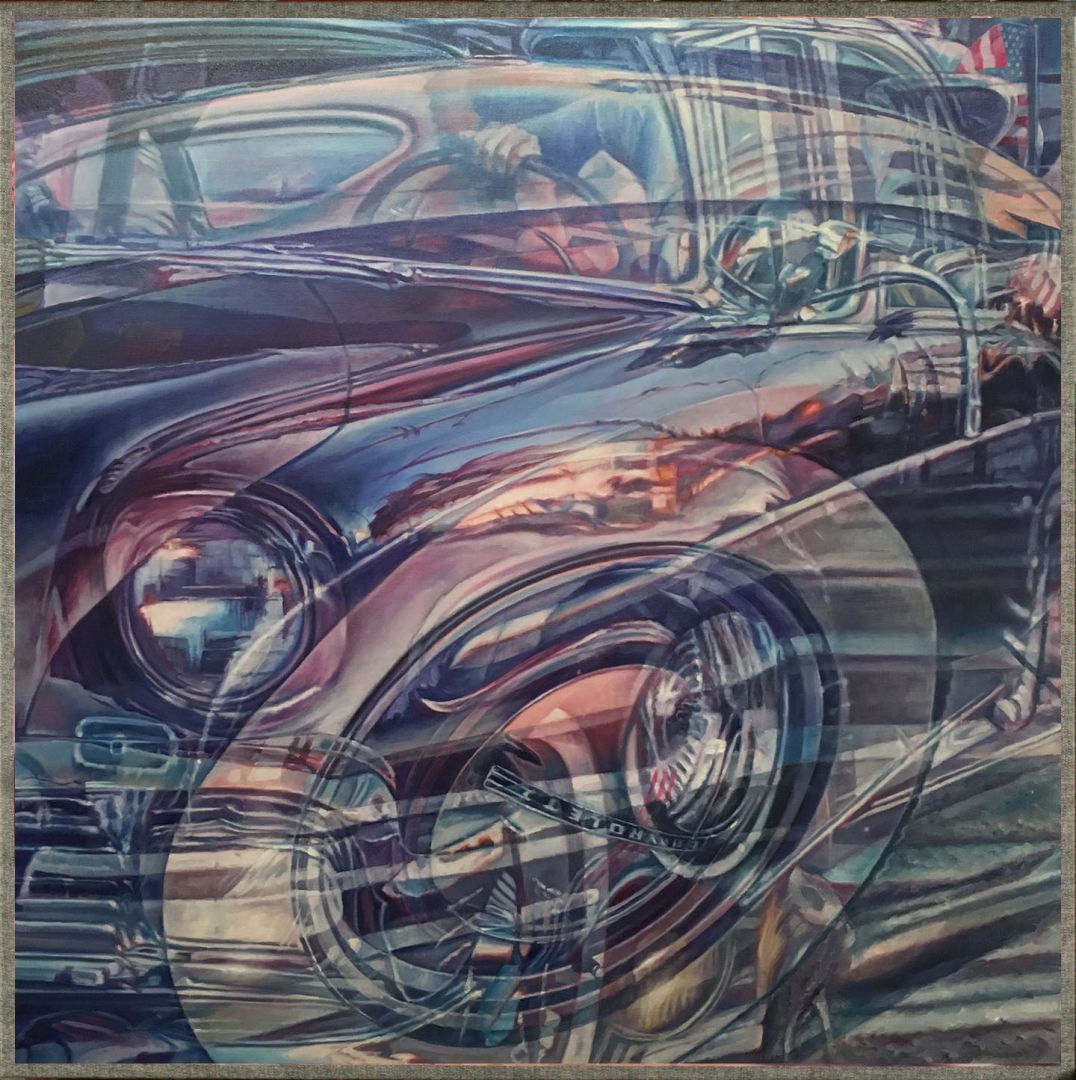 Alright, so let’s move onto what keeps you busy professionally?
As much as I complain about my lack formal art training in my formative years, the “Conceptual” training I received at UCSD was indeed very useful in learning how to think in terms of concepts and research. That has been invaluable in my bifurcated careers in the Fine Arts and the Commercial arts. In my design and illustration I have learned to work in almost any style or technique according to the needs of a given design theme. It has given me a flexibility that is rare in the business. In the fine arts I have applied the same attention to stylistic details that has given me the ability to emulate the styles of the Old Masters. But without a doubt the biggest boon to my formation as an artist/designer was the two and a half decades living and working in Italy. To say that Italy is the Land of the Artist is no cliche. Art, style, and philosophy permeates every aspect of life there from fashion, conversation, culture and to the very texture of its ancient walls. In the Fine arts I have shown widely from Milan to Los Angeles. I currently teach Classical Figure Painting in the Style of the Venetian Masters at UCLA Extension and at the Kline Academy in Los Angeles. I have taken on many Portraiture commissions including those of Princess Stephanie of Monaco and her children. In Design I worked in Italy for many brands including: Diesel, Benetton, Nordica, and Replay where I was Creative Director for nine years. I was repatriated by Lucky Brand where I was Director of Graphic Design for 14 years. I currently work for the high-end brand MadeWorn doing licensed celebrity music designs and I freelance regularly for music acts such as: Bob Dylan, John Fogerty and Paul Simon. I have a published monograph on my work called: Casual Design by Tom Garner. 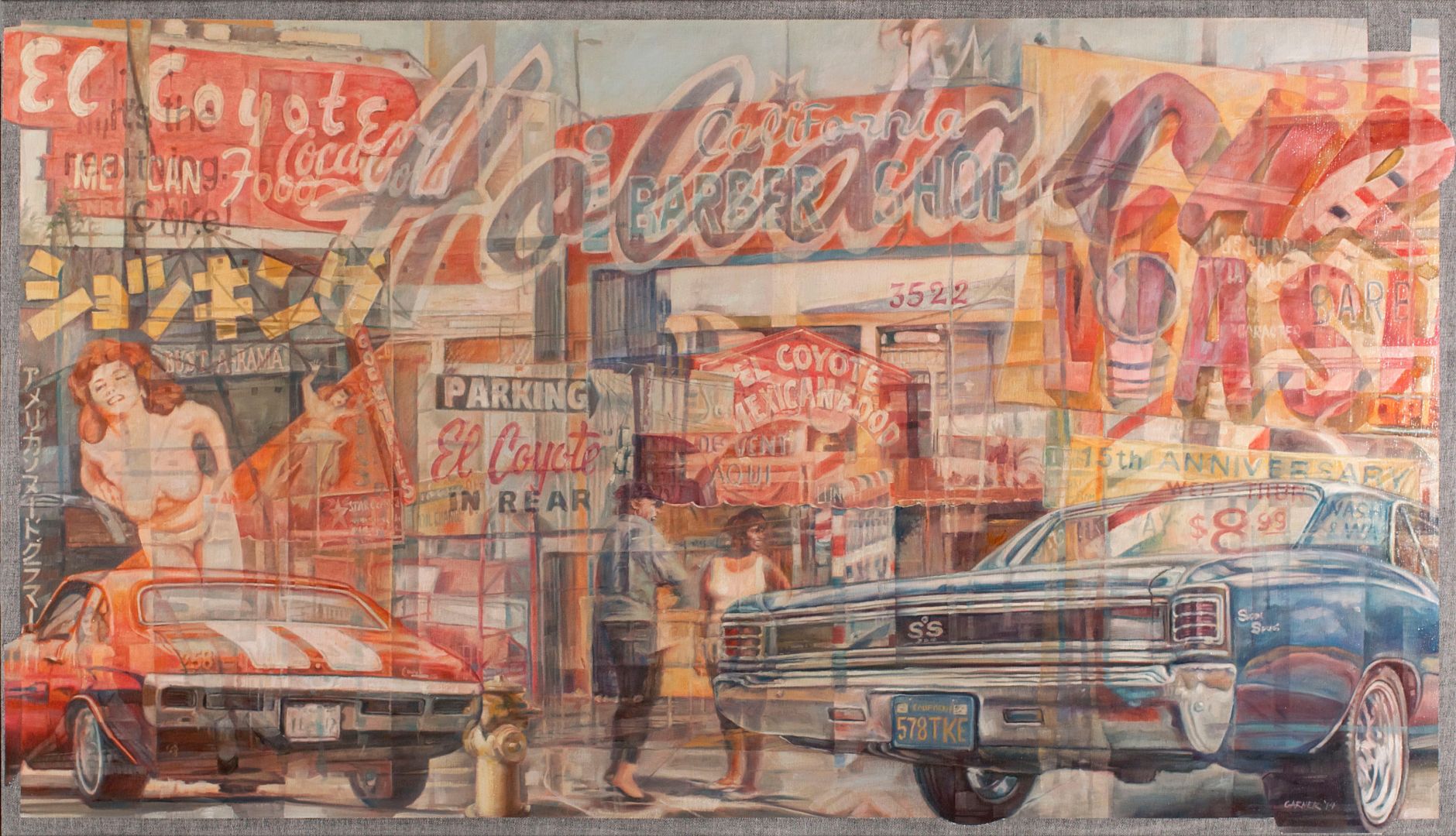 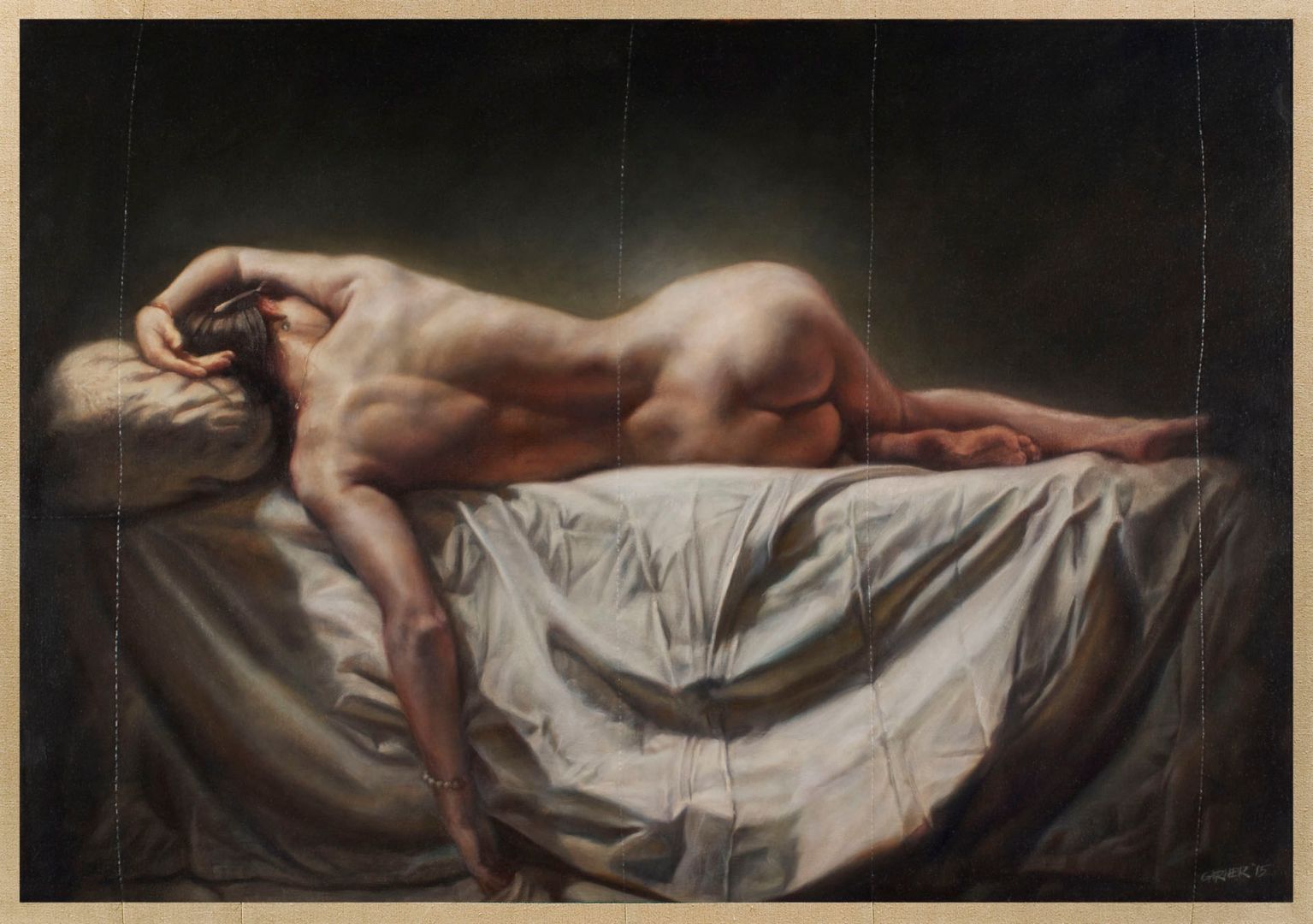 The Shoutout series is all about recognizing that our success and where we are in life is at least somewhat thanks to the efforts, support, mentorship, love and encouragement of others. So is there someone that you want to dedicate your shoutout to?
Most of my drawing and painting education was self-taught because at the time good classical instruction was not available. After generations of Modern Art the instructors themselves didn’t really know how to do it. But I would give a shout-out the Atelier/Neo-Realist movement that has put Classical Art back on the map. Among those are: Juliette Aristides and her wonderful series of books on Classical painting and drawing; Virgil Elliot and his book, Traditional Oil Painting; David Leffel great teacher; and Michael Pearce artist and activist in the Neo-Realist movement. Just to name a few. My graphic design and illustration education was entirely learned on the job. But I would make one point. Most of my design has been vintage inspired. So I spent a lot of time researching those who used to be called “Commercial Artists” because they were indeed real Artist! Nowadays any idiot with a computer can call himself a “Graphic Designer” but all too often the “Art” is lacking. 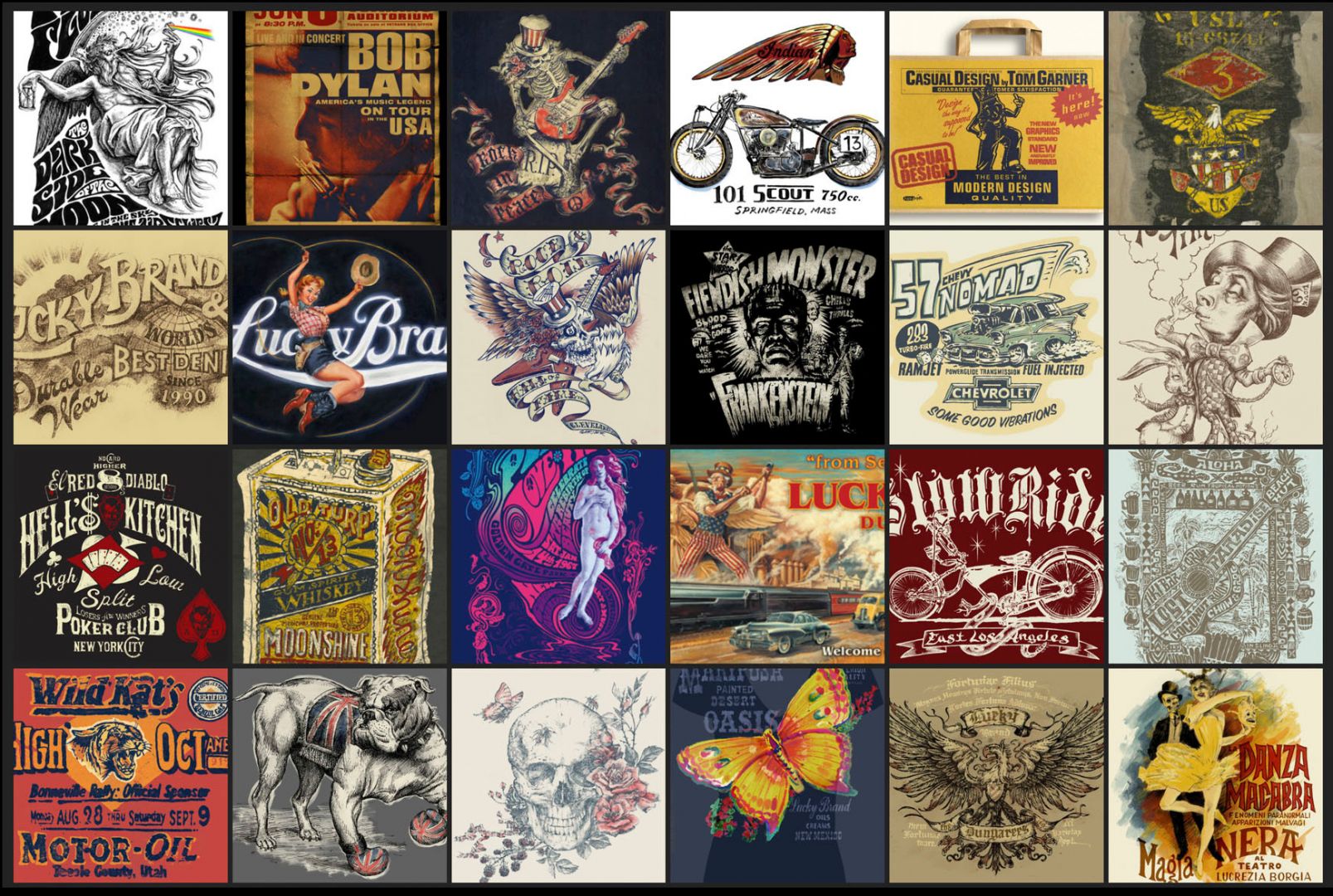 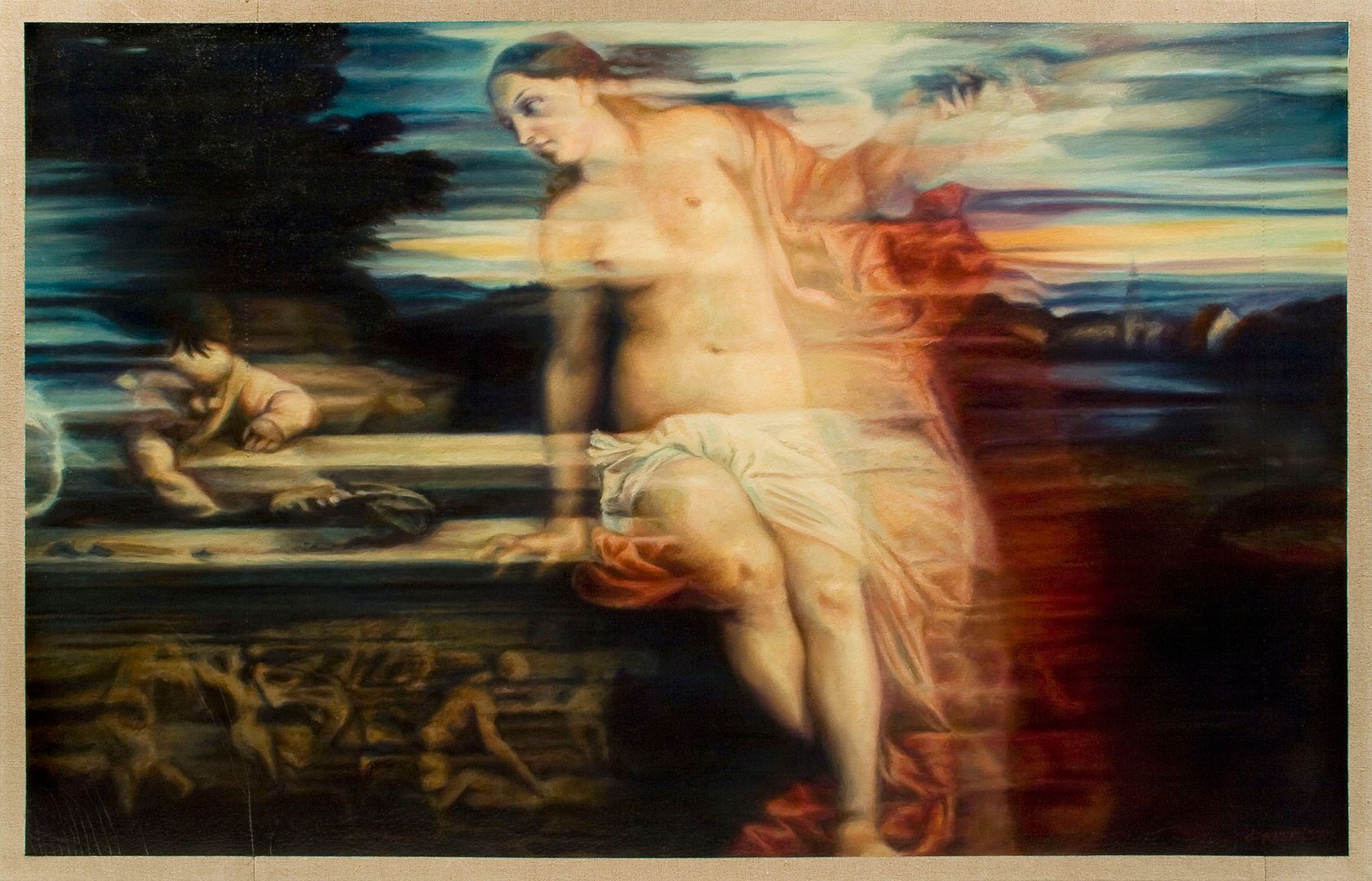