We had the good fortune of connecting with Chris Morrissey and we’ve shared our conversation below.

Hi Chris, is there something that you feel is most responsible for your success?
Hollywood is the entertainment capital of the world and truly a place of endless possibilities for people with big goals! Many people arrive here in hopes of making their showbiz dreams come true. Some achieve great success and some, unfortunately, leave a couple of years later jaded and disappointed. I was born in Los Angeles (on Sunset Boulevard to be exact) and I have seen it all! The good sides of the entertainment industry and sometimes the not so great. I don’t know if that is a blessing or a curse, but I do know that it made me more determined to work harder to make my mark in the world of entertainment.

I definitely feel honored being from Los Angeles and I was lucky enough to have parents that worked in the entertainment industry. My mother used to be an actress and model, and my father wrote movie screenplays while working in the Hollywood theatre scene until retirement.

My love for movies began at a very early age. My parents met each other while working at the legendary Cinerama Dome theatre in Hollywood. I jokingly call it “the egg I hatched out of!” My early childhood consisted of watching movies every day after school.  That exquisite movie theater was my babysitter and teacher. I would sit and watch so many different movies until my father finished work. Weekends, my mother would take my sister and I to the drive-in movies in the valley. I knew from the start that everything I saw up on the big movie screen each day was something I wanted to be a part of.

I started with acting… school plays, auditions after school, acting classes. When I turned 15, I enrolled in a work experience program and was able to take minimal classes a couple times per week, while working a 9 to 5 office job. This enabled me to try to take full advantage of pursuing a career as an actor. When I turned 17, my acting connections and office skills experience led me to be offered a job working for Andy Warhol’s Interview Magazine. It was an amazing experience of a lifetime that I learned so much from, but it completely changed my goals of being an actor to wanting to focus on becoming a writer and film director.

With the fast-paced and heavy work demands at the magazine, there was no way I was going to have the time or money to enroll in film school. In my spare time, I studied EVERYTHING I could about becoming a filmmaker. I read tons of books about writing, directing and film theory, I watched many, many documentaries and listened to hundreds of DVD audio-commentaries from directors about making their films. Months later, I began making my first feature film and the rest is history.

Everything I did during those early days of making movies was off the beaten path. I really had to think outside of the box in every aspect because at that time, it wasn’t easy to make films independently without having million dollar budgets and access to super expensive camera equipment. Thankfully, things are a lot easier now for new filmmakers in 2021, because you can literally begin shooting a film on your iPhone in your backyard.

At the start of my journey of a filmmaker, I was able to write, produce, cast, and direct all of my films and get them booked and seen in several movie theaters, all from forcing myself to take chances, be passionate about my work, and think of really unique ways to shine a light on my art.

I had to truly believe in myself and my films, and let the world (or anyone that would listen) know that my movies were just as important as the big multi-million dollar studio blockbusters being released each week.

I don’t consider Hollywood to be a place of competition. EVERYONE can create art and we all should do it together and truly support one another. There is a place for every single film to be seen, song to be heard, and art to be viewed. Making lifelong connections with other artists in the entertainment industry can open many doors for you. The more you help and support others, the longer you will last in this industry. I’ve noticed that people who are only about themselves, tend to disappear pretty quickly.

I always encourage people to be humble, passionate, respectful, empathetic, and nice in everything you do. You will achieve so much with a genuine smile and grace. I feel good making other people feel good. Hollywood is a small town and things happen so fast in the industry, so it’s super important to always try to help others and approach everything you do with an intention of goodness. When you sincerely make others feel good, they truly want to see you succeed and be a part of it because they know you are a dependable, good person that really cares about everyone around them.

So if you have a goal or a dream, you definitely can achieve everything you want with hard work, passion, unique ideas, and sincere determination. 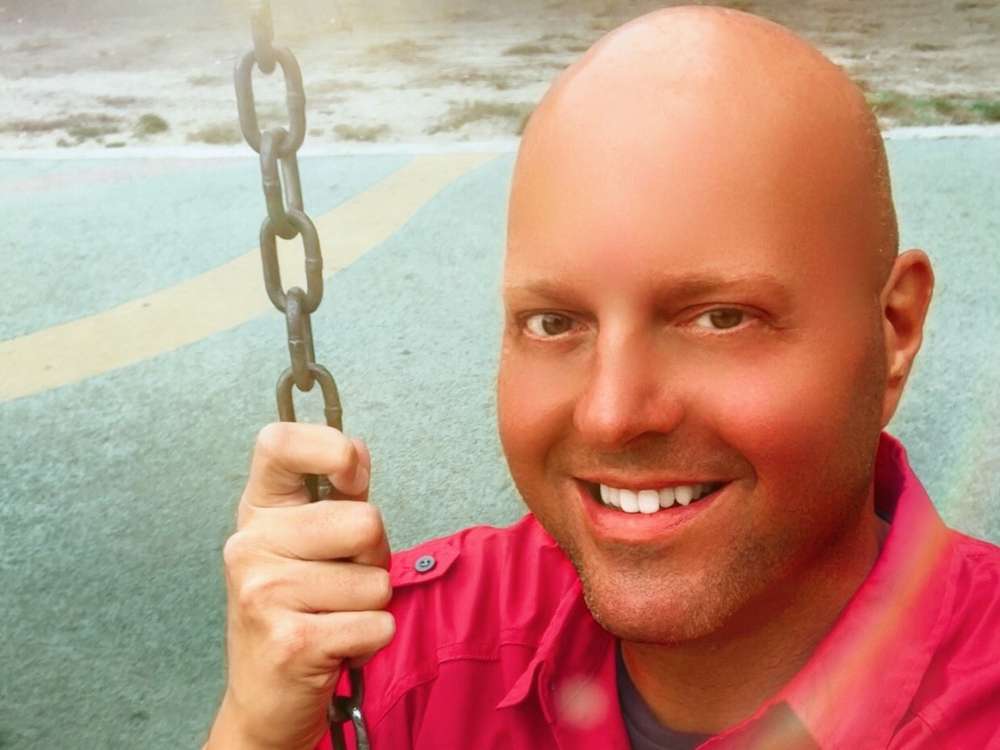 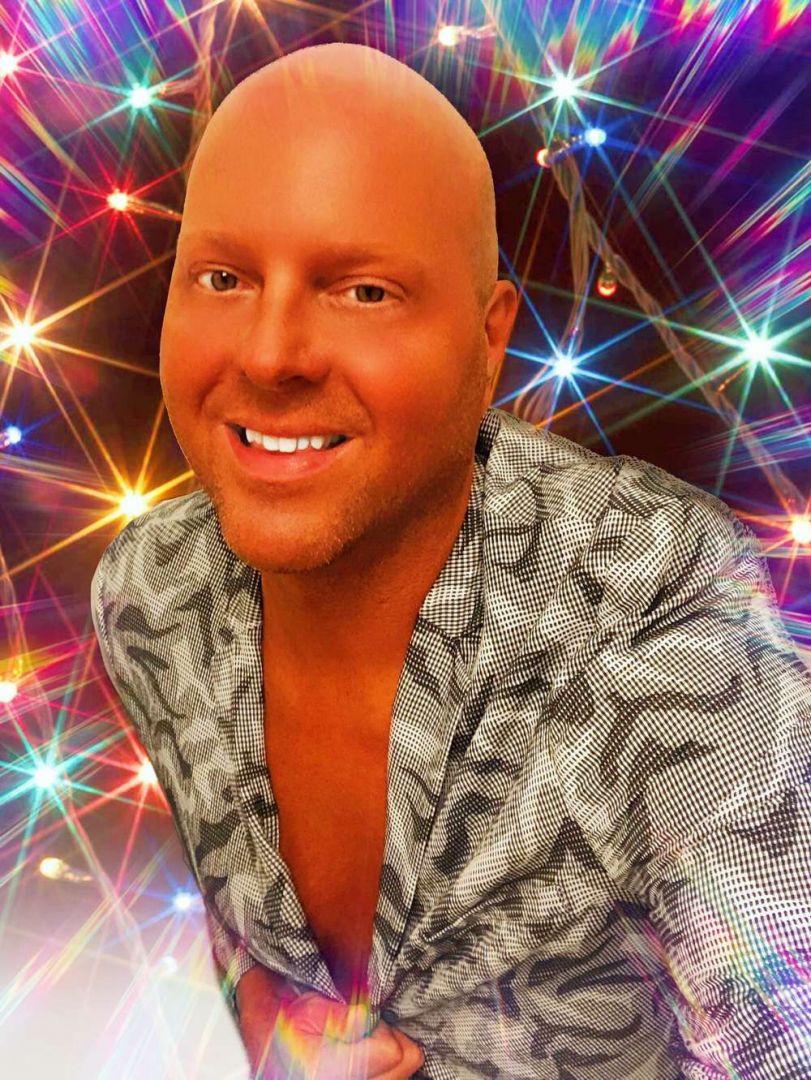 Alright, so let’s move onto what keeps you busy professionally?
Growing up in Hollywood, I have experienced so many amazing things. I have met so many creative people and have been inspired so much by seeing other people achieve their goals — all through their art. I am happy to be here to motivate, encourage, illuminate, and inspire ALL of my fellow artists. I love to create new opportunities to connect people together.

During the pandemic, I was able to take the time to focus on writing two new feature film screenplays which I hope to begin production on later this year or in early 2022 if things are safer. So I am always looking for new talent, new actors, new music for the soundtracks, new film crew, etc.

My early films are currently being remastered with plans to release them to streaming outlets and as limited edition blu-rays. I also would like to do a double-feature drive-in tour of my most recent films Trick of the Witch and Heavy Makeup. That is one of the exciting, unexpected things that happened during the pandemic… The return of the drive-in movie theaters! I just released my film Trick of the Witch on my YouTube channel for free as a special treat for people to watch at home during this quarantine and get more familiar with my work. After Halloween, I will remove the film and resume doing cinema screenings.

I am also developing a directing a very unique Los Angeles film festival which I would like to launch in late 2022. I also am curating and will host a Los Angeles film screening series that will resume production once all of the movie theaters are safely open again.

I am very excited about things to come! 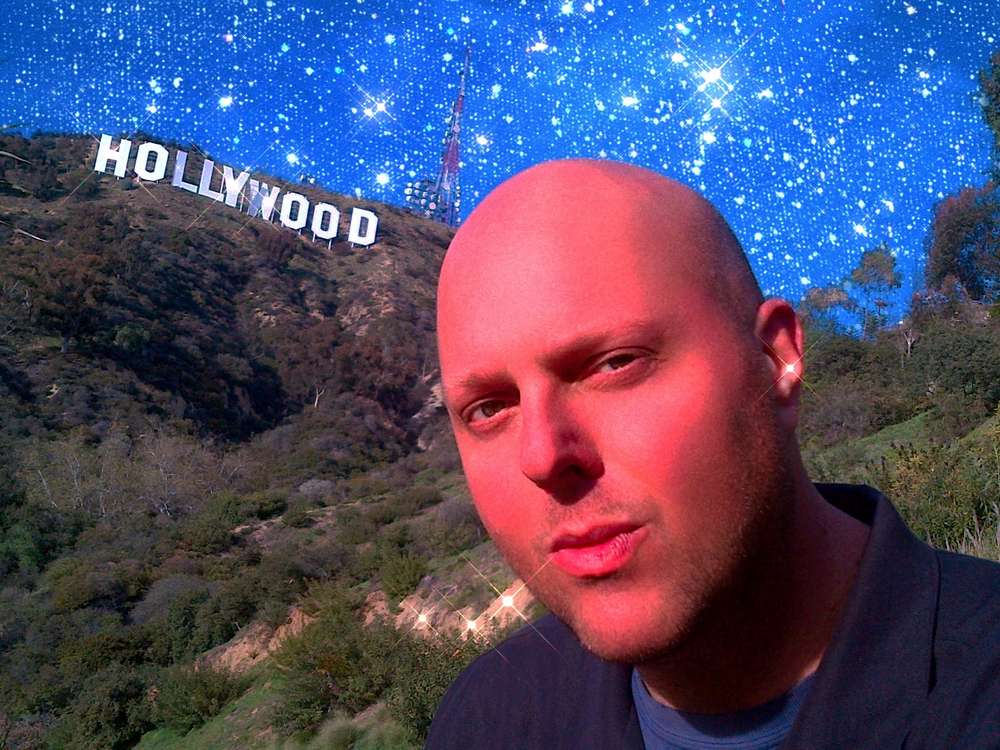 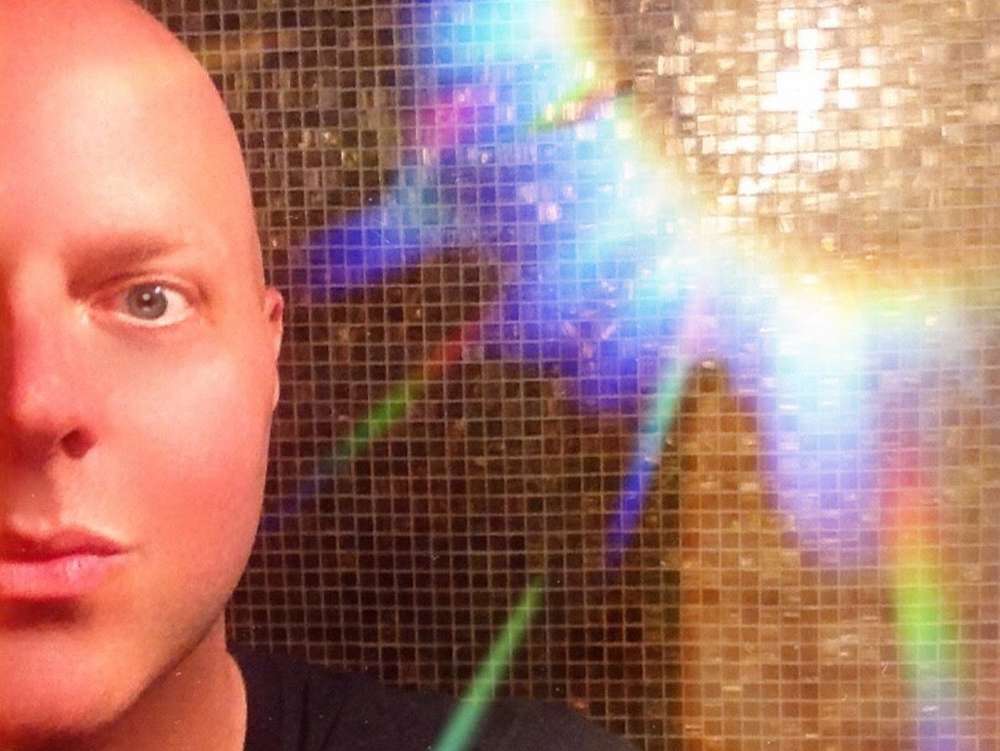 Let’s say your best friend was visiting the area and you wanted to show them the best time ever. Where would you take them? Give us a little itinerary – say it was a week long trip, where would you eat, drink, visit, hang out, etc.
I love when people visit Hollywood for the first time! I have discovered so many interesting places that I am always super excited to share them with others visiting.

Day one of the trip would consist of a driving and walking tour of the city. I would show off all of the historic Hollywood landmarks with my own personal stories behind each and every one of them. Grauman’s Chinese Theatre, The Hollywood Sign, Mulholland Drive, The Cinerama Dome, All of the classic Hollywood film studios like Paramount Pictures, Universal, etc.

A picnic lunch at Hollywood Forever Cemetery is fun and unique, since there are so many fun Hollywood stories to tell about the people memorialized there. Window shopping in Beverly Hills and tour of the canyons above is always a must!

You can’t visit Los Angeles without a trip to the beach. All the yummy cafes, ocean front seafood restaurants and beachy shops.

Sushi and Pizza are L.A. staples. There are so many amazing places to dine while in town.

My favorite Italian restaurant is Alejo’s in Playa Del Rey! They have the most mouthwatering lasagna I have ever tried. Their chopped salad is amazing and they make the best bread that you dip in garlic oil.

Pizza choices would have to be Barones in Sherman Oaks and Little Toni’s in North Hollywood.

Sushi Ippo on Wilshire close to Downtown Los Angeles is the best sushi I have ever tried!

My favorite Mexican restaurant is Gilberts El Indio in Santa Monica on Pico Blvd. Best carne asada burrito ever and the chips and salsa are amazing (try them with the Diablo Sauce!)

Cupid’s Hot Dogs in the Valley are a must! Their chili dogs are iconic! And they now have roller skating car hop service. 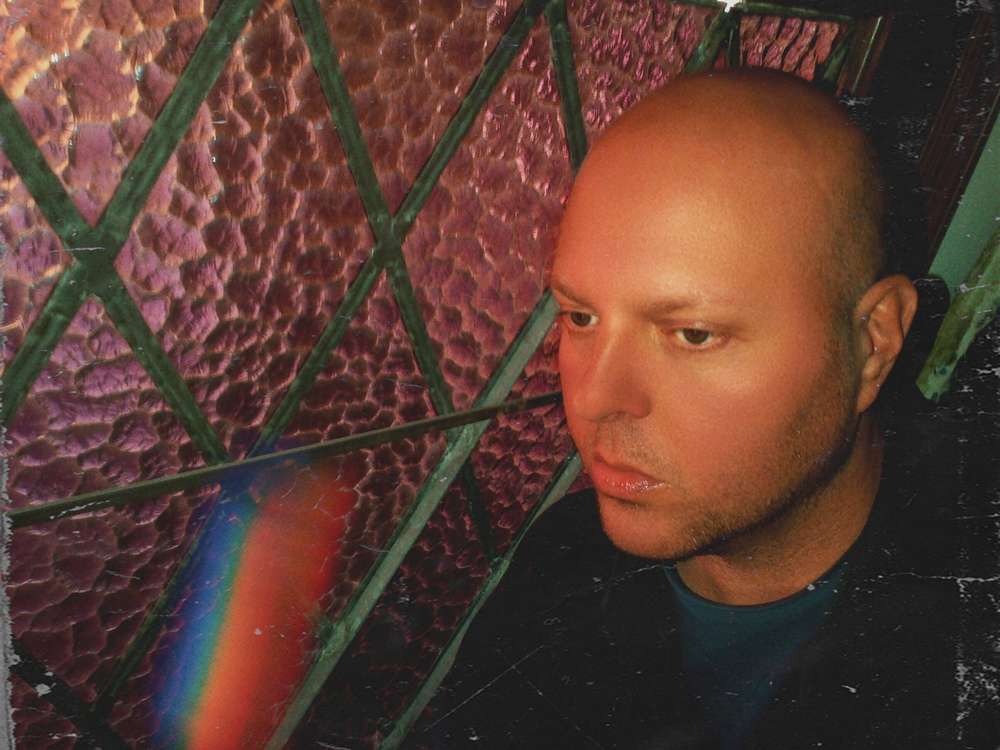 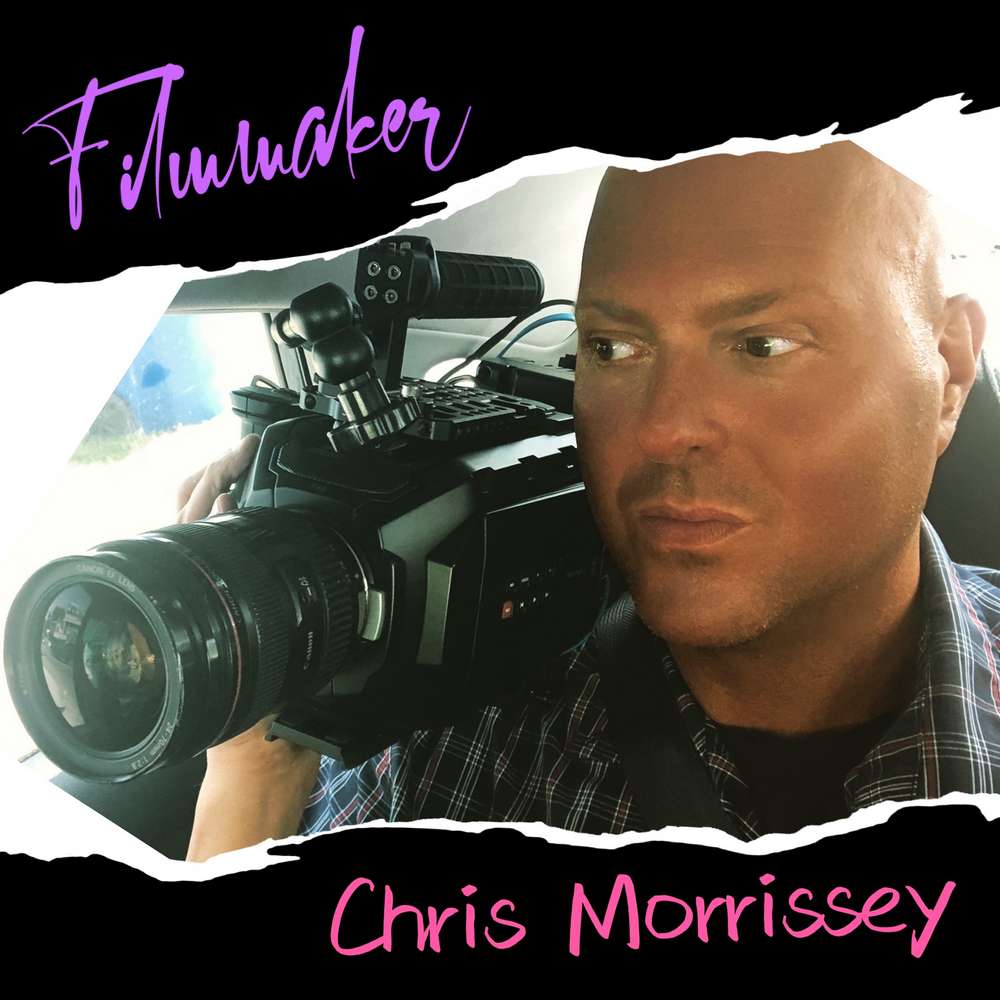 Shoutout is all about shouting out others who you feel deserve additional recognition and exposure. Who would you like to shoutout?
I want to shine a light on organizations like FILM INDEPENDENT and AMERICAN CINEMATHEQUE. They are very valuable resource for rising filmmakers. They provide so many different tools for people in the entertainment industry. Seminars, networking events, workshops, film screenings, filmmaker Q&A’s. Both organizations are important to be a part of in this industry. 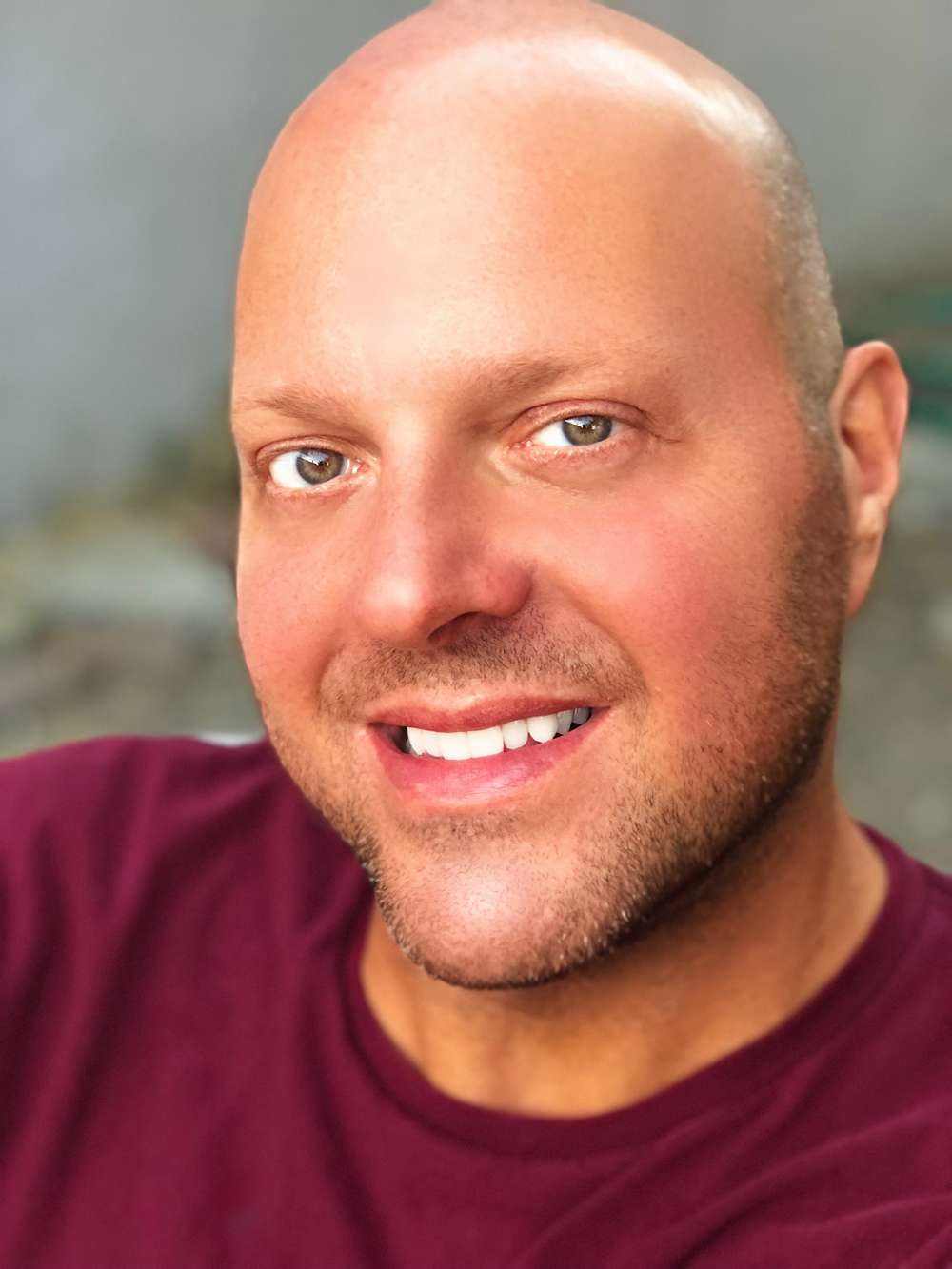 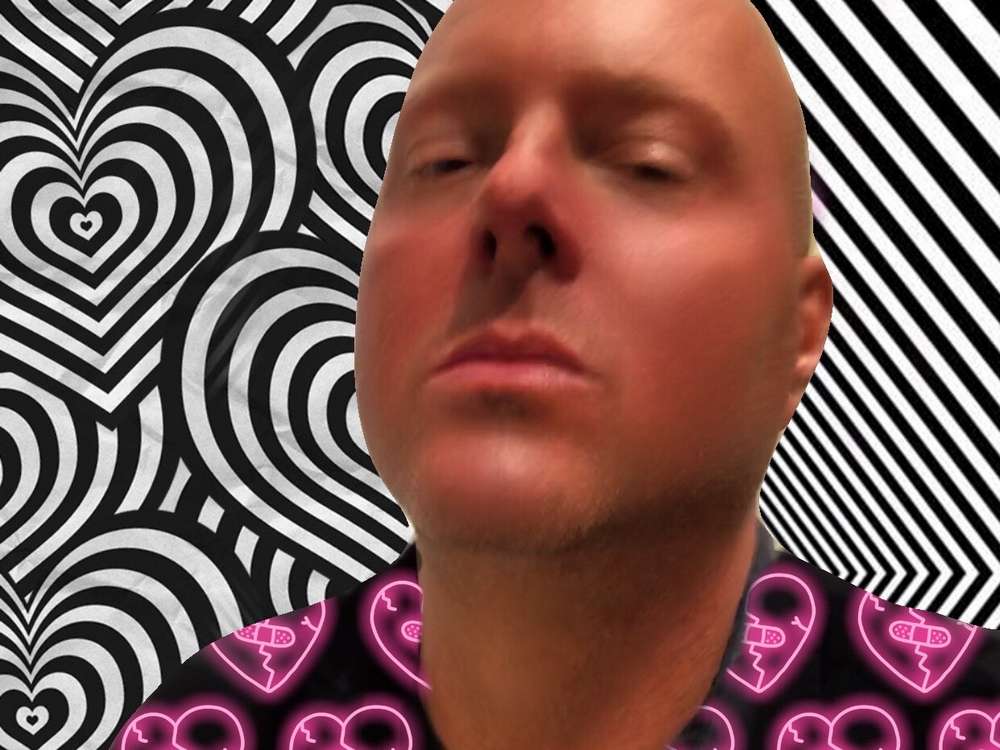