We had the good fortune of connecting with Chris Thomas and we’ve shared our conversation below.

Hi Chris, can you share a quote or affirmation with us?
“When heaven is about to confer a great responsibility on any man, it will exercise his mind with suffering, subject his sinews and bones to hard work, expose his body to hunger, put him to poverty, place obstacles in the paths of his deeds, so as to stimulate his mind, harden his nature, and improve wherever he is incompetent.” Meng Tzu (Mencius) Musicians require resilience and persistence to survive. Going into this business means you will be burned and rejected more times than you think you can handle. Meng Tzu’s framing of hardship is important to me. Many times over, these words have given meaning to my life’s setbacks. A “resilience mindset” will help you fight the insidious little monsters every musician dreads: rejection and failure.  First, I hope Meng Tzu’s words give you the power to face rejection. Yes, rejection is hard, but it’s something you shouldn’t avoid. Risking rejection is how you expand your field of opportunity. You must boldly invite rejection. While it feels like you’re absorbing more rejection, it is also true that your courage will generate more success. The more you risk, the more you get. My mantra is simple, measure your career in rejections, not victories. Next, don’t be afraid of failure. Cherish the lessons it gives you. Failure has a way of cleansing us of unproductive strategies, outdated thinking, and relationships that weren’t doing you any good anyway. Failure has freed me from situations that were financially costly and downright abusive. Hard-earned insights always make way for something better. When I think of Meng Tsu’s words, my worst moments seem like mere bumps on the path to something greater. The farther I’ve traveled down this road the more rewarding it becomes. Don’t let rejection or failure steer you off your path! 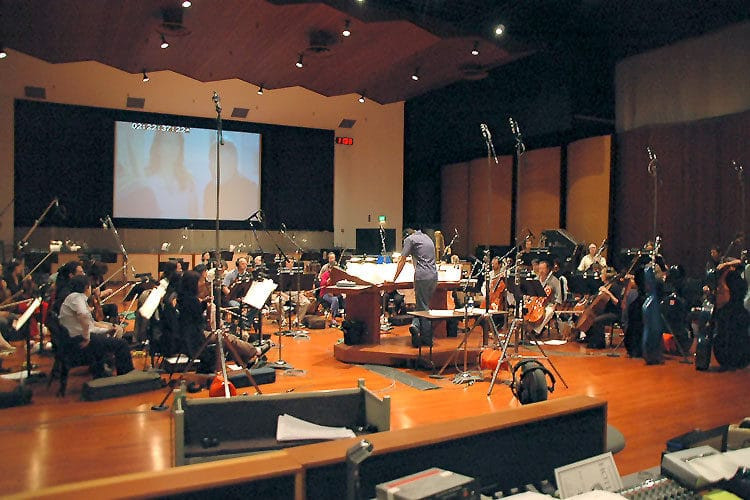 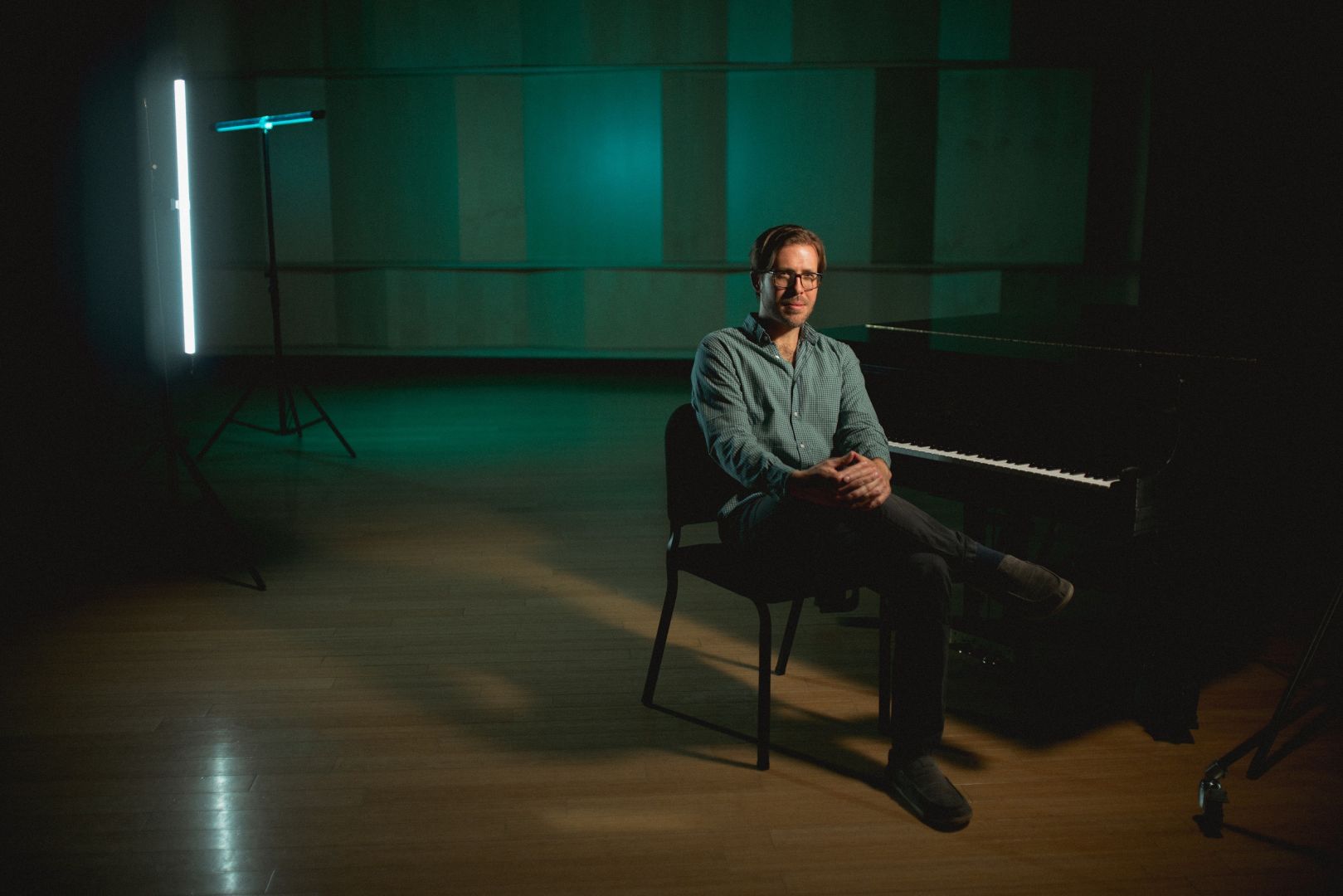 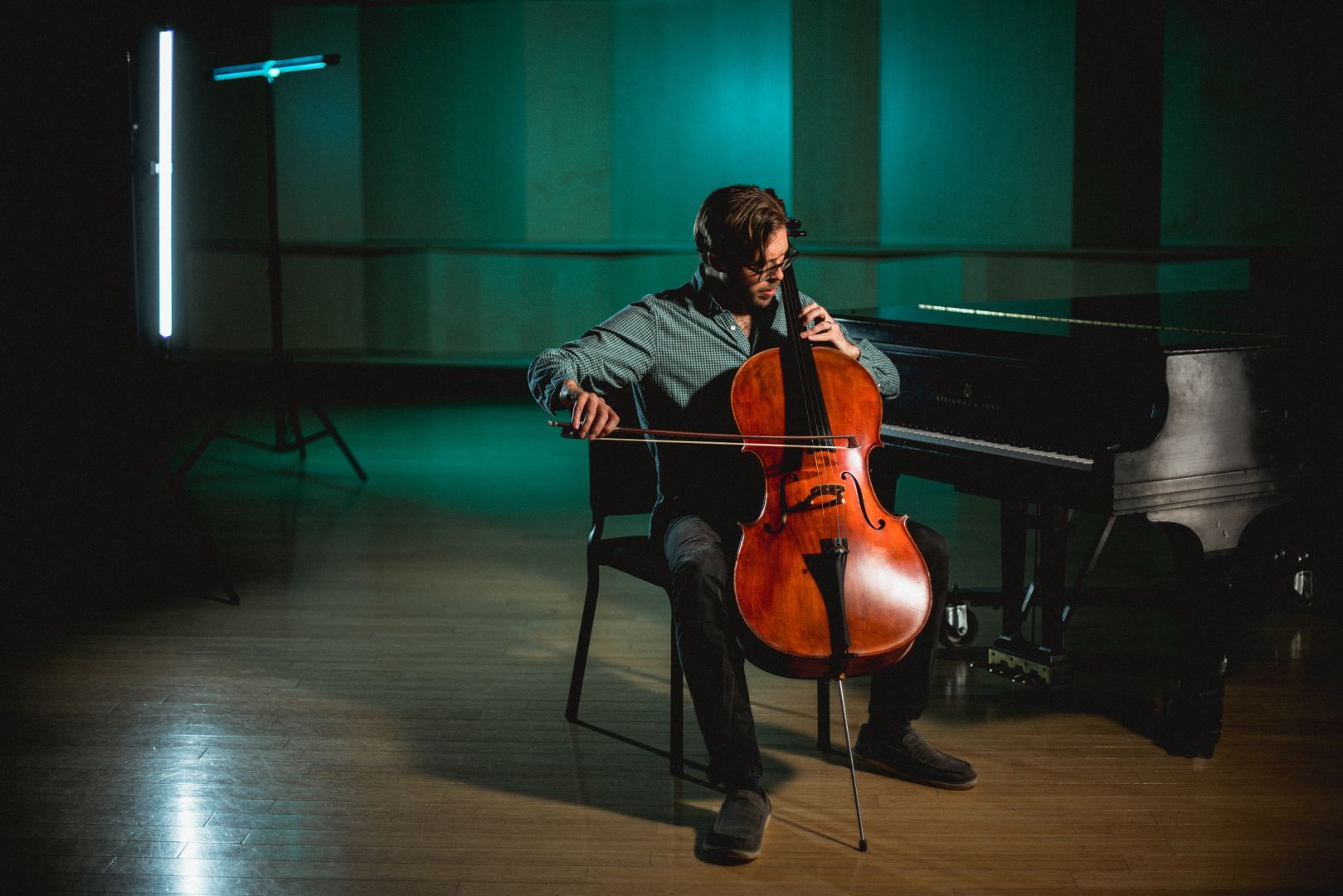 Can you open up a bit about your work and career? We’re big fans and we’d love for our community to learn more about your work.
I am a composer, yet I always feel the word “composer” has never fit me properly. I’m really just a storyteller who works in the medium of orchestral colors. I write music for film, theme parks, and the concert hall. I’ve even survived giving a TED Talk. Recent hi-lights include scoring two feature films, Don’t Look Back and Haymaker, that were released theatrically this past year. Just last month, my score for Imagine Symphony Live won a Hollywood Music in Media Award.

My first years in Los Angeles were incredibly lucky. While studying at USC, I had internships conducting and orchestrating for TV shows like Lost and House, arranging music for the LA Philharmonic and Pacific Symphony, and music editing for Sony Pictures Dragon Wars. Shortly after USC, I scored a film called Woman Rebel which was shortlisted for an Academy Award. Everything was off to a great start, but the 2008 crash changed everything. Once all my work disappeared by 2010, it seemed my good fortune had run out. Then, like a miracle, theme parks saved my life!

In 2011, I had a chance encounter with the owner of the Los Angeles Haunted Hayride. Our spontaneous conversation ended with a plan to score her entire attraction, with only four weeks before opening night. Following the success of that show, I was getting calls from Knott’s Berry Farm, Dreamland (UK), Evermore Adventure Park, Queen Mary Chill, and countless others. Everybody wanted original scores for their theme parks. Just as quickly as the film industry had vanished, theme parks and immersive attractions stepped in to rescue me.

Just as I was settling into a life of theme park music and film scoring, fate introduced yet another twist. A chance meeting on an airplane led to my first concert music publishing deal. Several publishing deals later, the demand for my concert music brought my compositions to Carnegie Hall, Sydney Opera House, and sparked concert tours in Belgium, France, and Germany. This led to the commissioning of my Malheur Symphony, a musical response to the armed occupation of the Malheur National Wildlife Refuge in Oregon. The political nature of this work resulted in an invitation to deliver a TED Talk (“Composing the Malheur Symphony: Finding Healing Through Bird Songs”).

Today, my year is measured in creative seasons. Film scoring, theme park music, and publishing deadlines occupy their own little spaces. I never intended to become anything other than a film composer, but now I can’t imagine life without the creative variety. Looking back, the unexpected twists and turns are what I cherish most!

Any places to eat or things to do that you can share with our readers? If they have a friend visiting town, what are some spots they could take them to?
Oh, with pleasure! Here’s a little snapshot of the LA life I love sharing with others – Where to find good food: I’ve been a long-time, late-night regular at BCD Tofu on Western Av. It’s the closest I’ll ever come to feeling adopted into a big Korean family. Nearby, we’ll hit Myungs Dumplings on Olympic. This has also been a cornerstone of my LA food life. If I feel like going vegetarian for a day, I head north to Mohawk Bend on Sunset and Alvarado. They’ve shown me that cauliflower could be healthy and almost psychedelically transcendent. Further north is my neighborhood of Montrose. This is where you can find La Cabanita on Verdugo Rd. Headed south again, a late-night downtown favorite of mine has long been Wurstkuche. Why? because sometimes only beer and brats will do at 1 am. Headed west, I’ve been going to Urth Cafe in Santa Monica for over 15 years. I’ve always loved their food, coffee, and a nearby parking spot right on the beach.  Where to go outside: Nearby in Montrose, I have a secret hiking trail overlooking Glendale. I’m not trying to sound secretive about its location, it’s just an unnamed trail. It’s an old fire road in the hills above the Verdugo Woodlands. It has stunning views of the entire city, and, on a clear day, even the ocean. Next, headed west across town, my secret parking spot near Urth Cafe is my ideal beach access point. It’s situated at the perfect location between the Santa Monica Pier and Venice. Finally, heading north up the coast, we’ll swing by Will Rogers State Park. Almost everybody knows about this place, yet it never seems crowded. The ocean and city views are just stunning in all kinds of weather. Let the crowds have Runyon Canyon, and we’ll be enjoying the ocean breeze at Will Rogers. Where to go for fun: Yes, I love the classic venues such as Disney Hall and the Hollywood Bowl. That said, I think a truly unique delight of Los Angeles living is seeing classic films in Hollywood’s historic theaters. Many of these films premiered in those very rooms. A cinema experience in LA is not complete without the Hollywood Forever Cemetery screening nights. There’s nothing quite like watching Psycho in a graveyard with hundreds of Hitchcock fans. Next, you can often find me at late-night screenings of Rocky Horror Picture Show at the Nuart Theater. I am forever grateful to organizations like Cinespia and American Cinematheque for bringing us these historic and uniquely Los Angeles experiences! 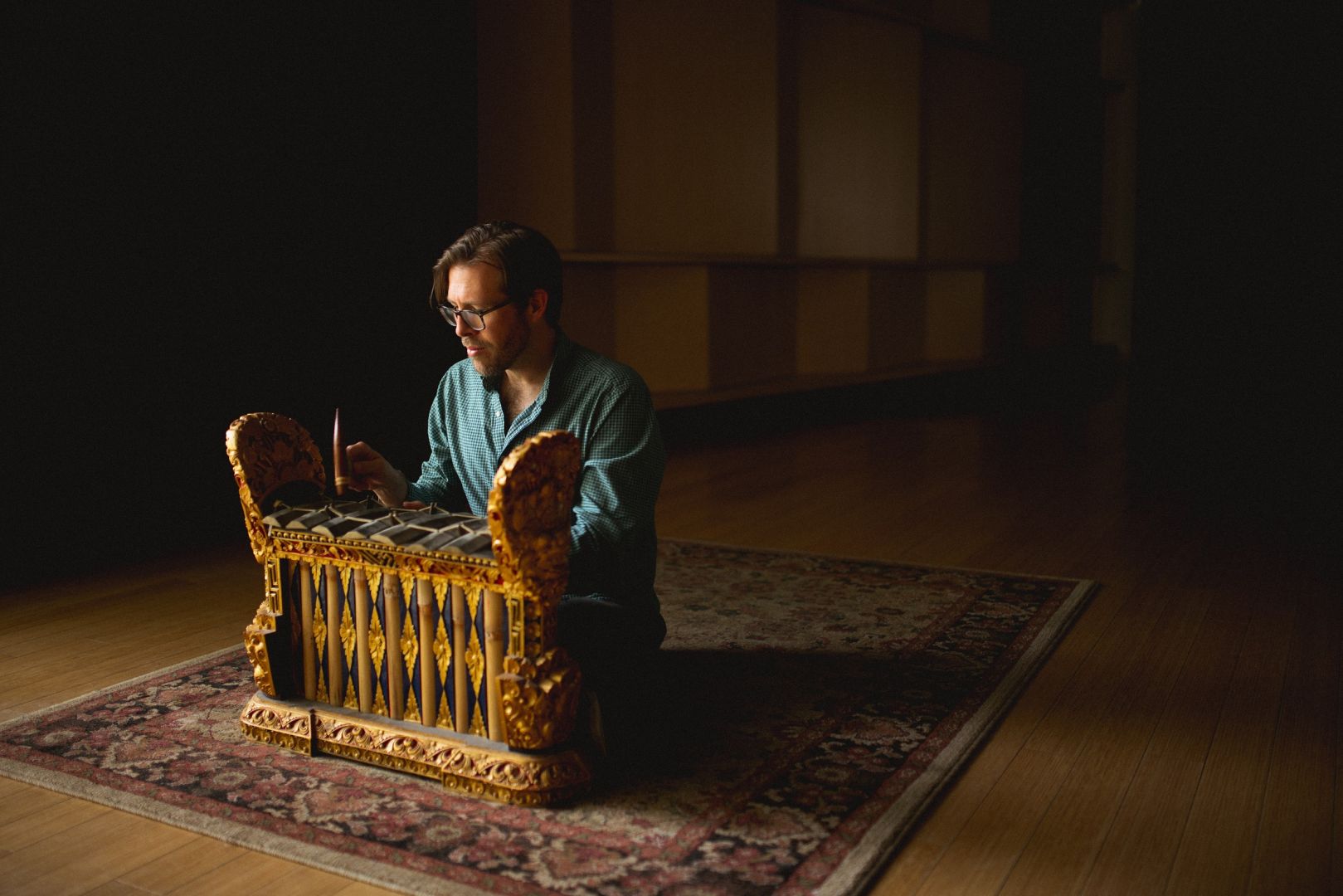 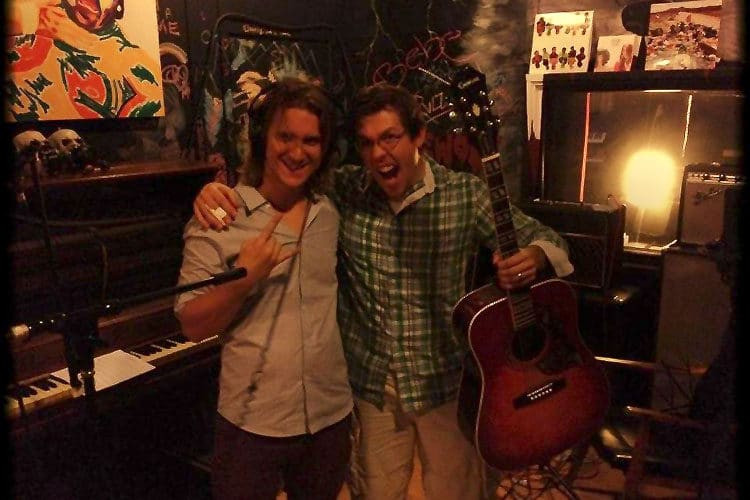 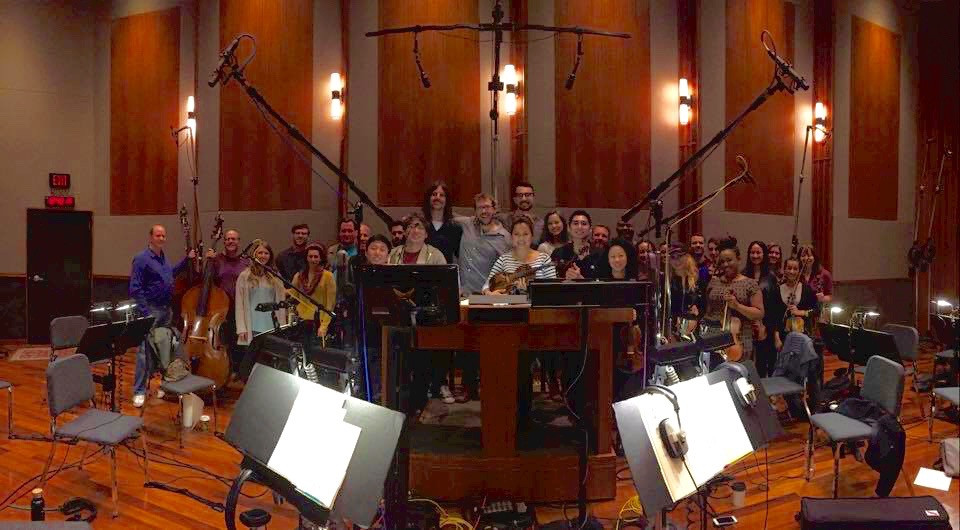 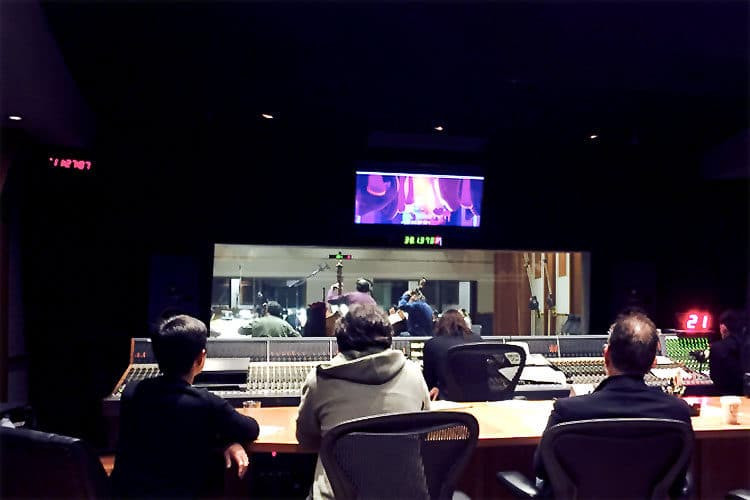 Shoutout is all about shouting out others who you feel deserve additional recognition and exposure. Who would you like to shoutout?
It’s true, nobody makes it alone. We all have those people whose contribution and support in our lives make our success possible. My life is full of such individuals. In particular, I owe so much to my two closest collaborators, Adam Schmidt and Nikki Muller. Adam is my recording engineer and scoring mixer. While a very technical and practical role, most people don’t realize this person is your creative right hand. They are responsible for your “sound,” quite literally the actual sound of your music. People know me for a particular tone and style, and that signature sound was developed between the two of us. Come to think of it, Adam and I spend more days and weeks together than anybody else in my life. Next, Nikki Muller is my lyricist. Until we met, I didn’t realize she was the collaborator I so desperately needed in my life. Trained in writing and poetry, she is uniquely capable of finding just the right, succinct words to convey a story through song. As a trained soprano vocalist, she also knows exactly how to set these words for a singer. Meeting Nikki was a game-changer for my creative life. Without Adam and Nikki, I don’t know where I would be today. I love them dearly, and every day I am so grateful they are in my life!