We had the good fortune of connecting with Christina Hamlett and we’ve shared our conversation below.

Hi Christina, let’s talk legacy – what do you want yours to be?
The bulk of my playwriting credits (and I now have 228 published works) has been for aspiring teen actors. Although I have written novels, business books and squillions of articles, the teen theatre market is the most dear to my heart. Theatre teaches so much more than just memorizing lines. It’s about building confidence, exercising leadership, being part of a cohesive team, honing speaking skills and–in the case of scripts with historical backdrops–appreciating the context of manners, morals and social interactions through the prism of time and geography. There’s also nothing quite like the energizing and addictive sound of applause for a job well done. I never acted in any plays in high school or college, primarily because they were the same productions year after year; i.e., “The Crucible,” “Arsenic and Old Lace,” and “Our Town.” None of them really interested me. Accordingly, I write the kind of plays and roles that my younger self would have loved. I get lots of fan mail from young actors around the world but I expect in my lifetime I’ll never know the full impact of my influence. How many students who act in a Hamlett production will want to become actors, directors, costume designers, producers, set designers…and even playwrights! 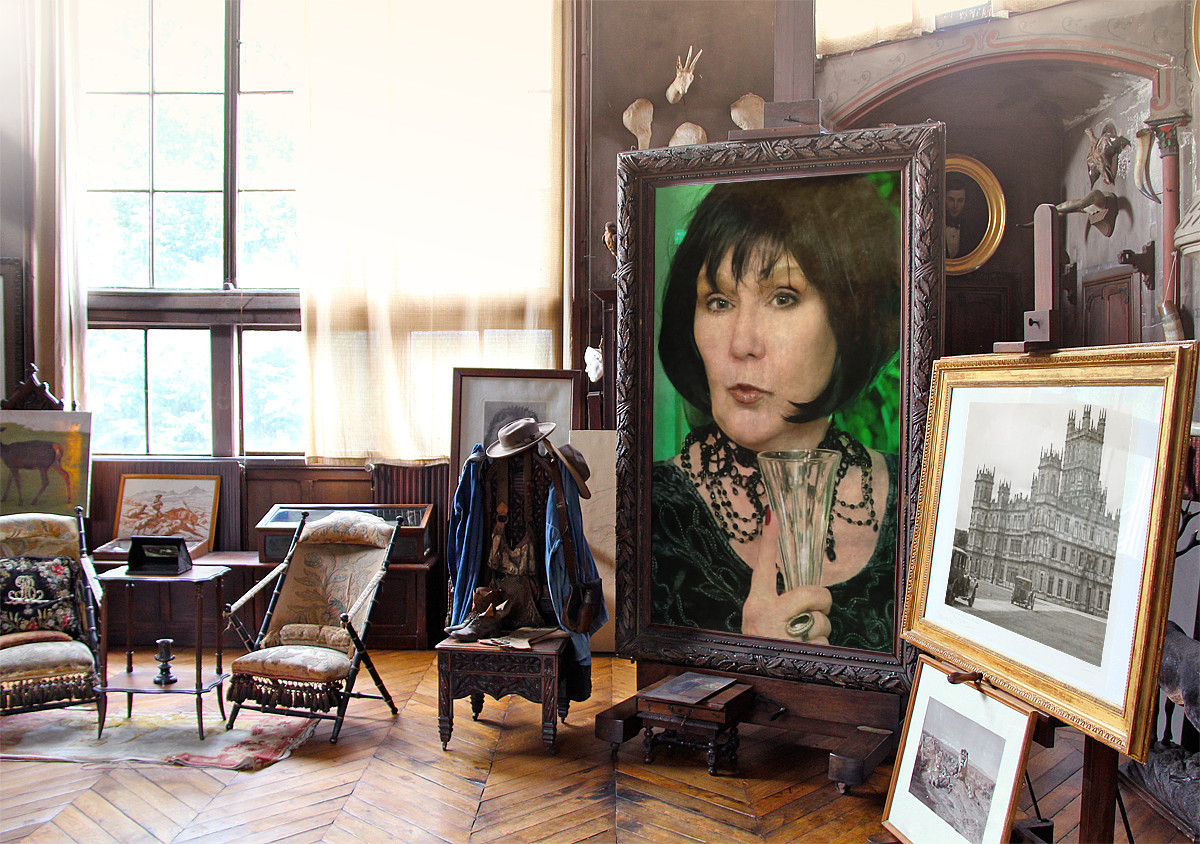 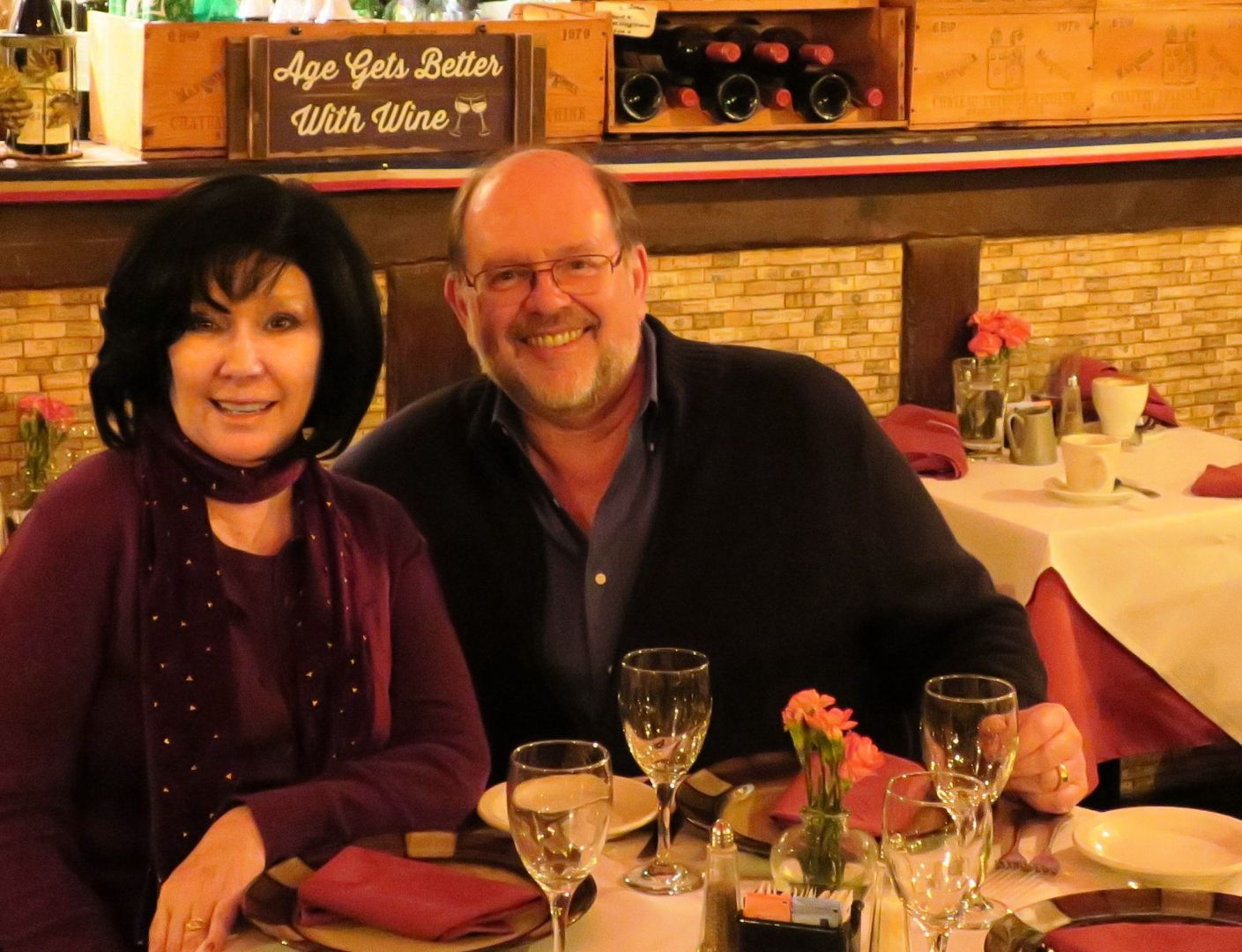 Alright, so let’s move onto what keeps you busy professionally?
I believe the reason I excel at dialogue and character development is a reflection of the 16 years I spent in theatre. Eight of those years were in the management of my own touring theatre company, The Hamlett Players. Whenever I sit down to pen a new script, I can see the set design and the actors and “hear” what everyone has to say. A lot of people who set out to write a stage play or a screenplay don’t approach it that way. They write all manner of formal conversations which, frankly, are better suited to a novel. They also engage in copious amounts of backstory rather than cutting to the chase and hooking the audience’s attention. Audiences–especially nowadays–have the attention span of gnats. If you don’t grab them from the get-go and promise them something interesting, it’s much too easy for them to wander off. Was my journey an easy one? Absolutely not. Much of it was trial and error because the resources were simply not available which exist today (i.e., books, website, blogs, chat rooms). In the early days, I also tended to take rejection personally rather than recognizing it was the project which didn’t click rather than myself as a human being. I aggressively learned from those rejections and figured out how to adapt the material to a publisher’s wants and needs or simply research a different publisher that could be a better fit for what I had to say. I’d be remiss, of course, if I didn’t mention that my Communications degree was with an emphasis on Audience Analysis and Message Design. (Oddly, I’m often asked if I majored in Drama. Nope.) My area of specialization has allowed me to work in all aspects of media as well as tailor new projects to whatever audience I want to reach. Such adventures even extend overseas. Most recently, for instance, I was invited to join the ranks of Silver Birchington (a UK play publisher), an association which has rapidly honed my skills in mastering “Brit-speak” and plucky English colloquialisms. 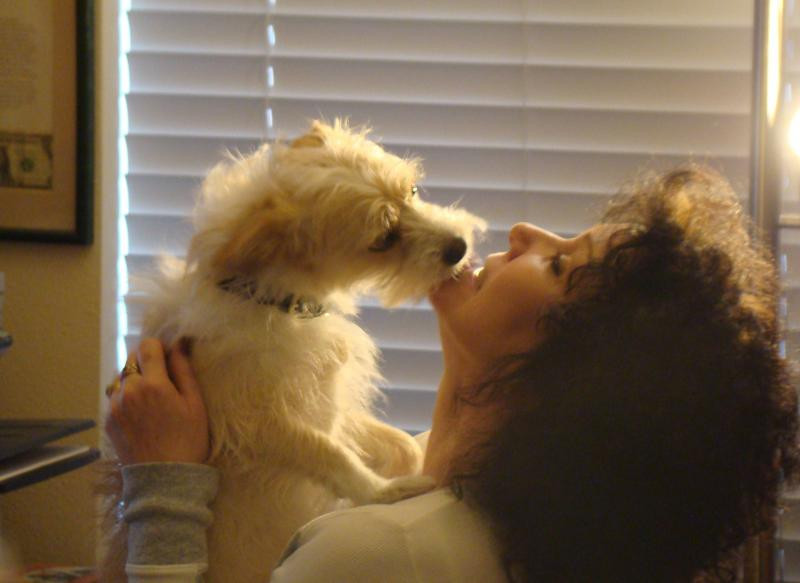 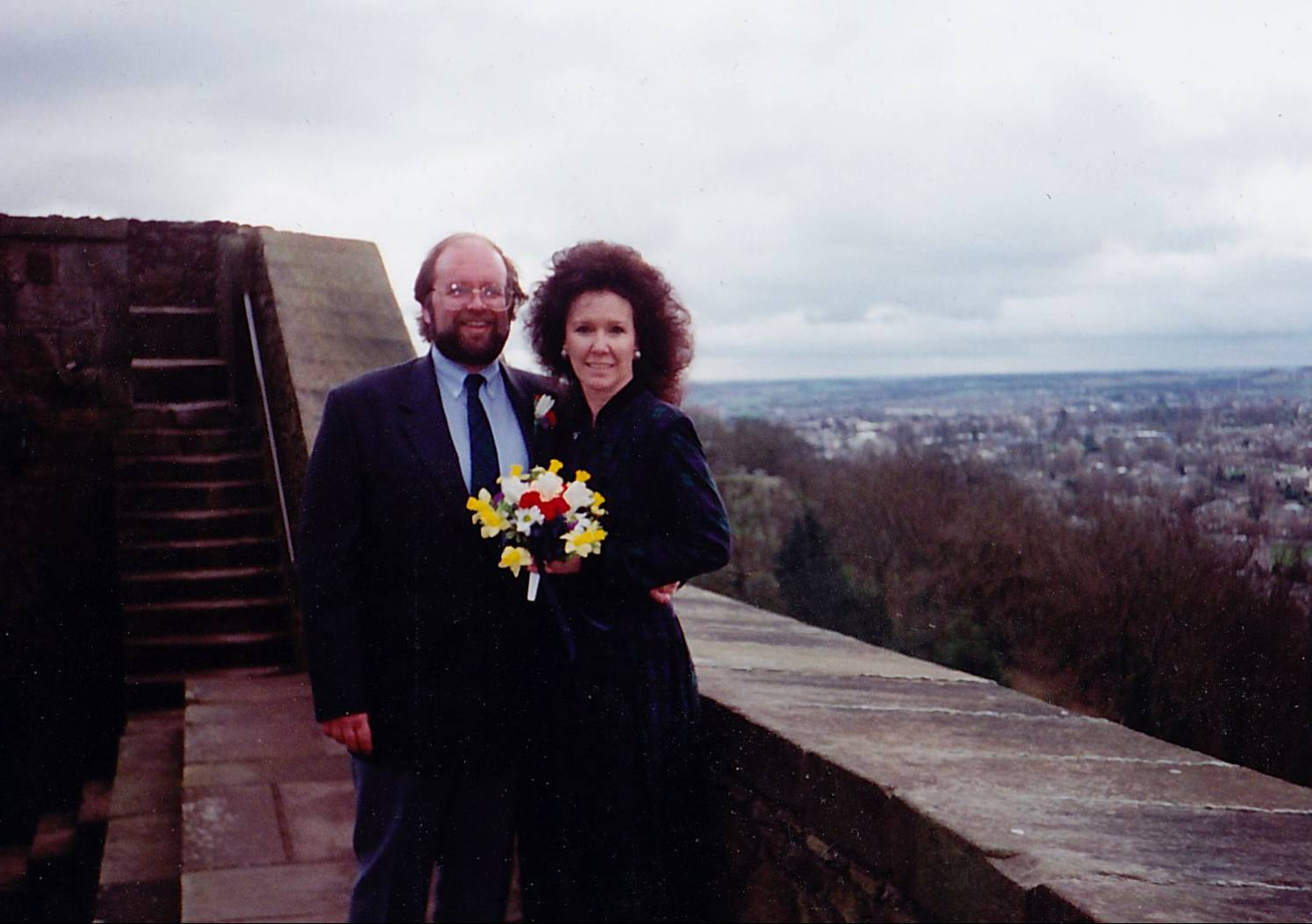 Any places to eat or things to do that you can share with our readers? If they have a friend visiting town, what are some spots they could take them to?
For starters, the best restaurant in town is our own dining room. Mark and I are both gourmet chefs and our friends love the invites to be here for brunch, lunch or dinner. If I had to take friends elsewhere, my choices would be Malbec for Argentinian food, El Portal for Yucatan fare, Go China for Chinese, Bistro de la Gare (in South Pasadena) to remind us of the bistros we loved in Paris, and Rosarito for the best street tacos ever. For cultural excursions, you can’t beat the Huntington Library and Gardens or the Norton Simon. I’d also take them to Lacey Park in San Marino if they wanted to leisurely enjoy Mother Nature. 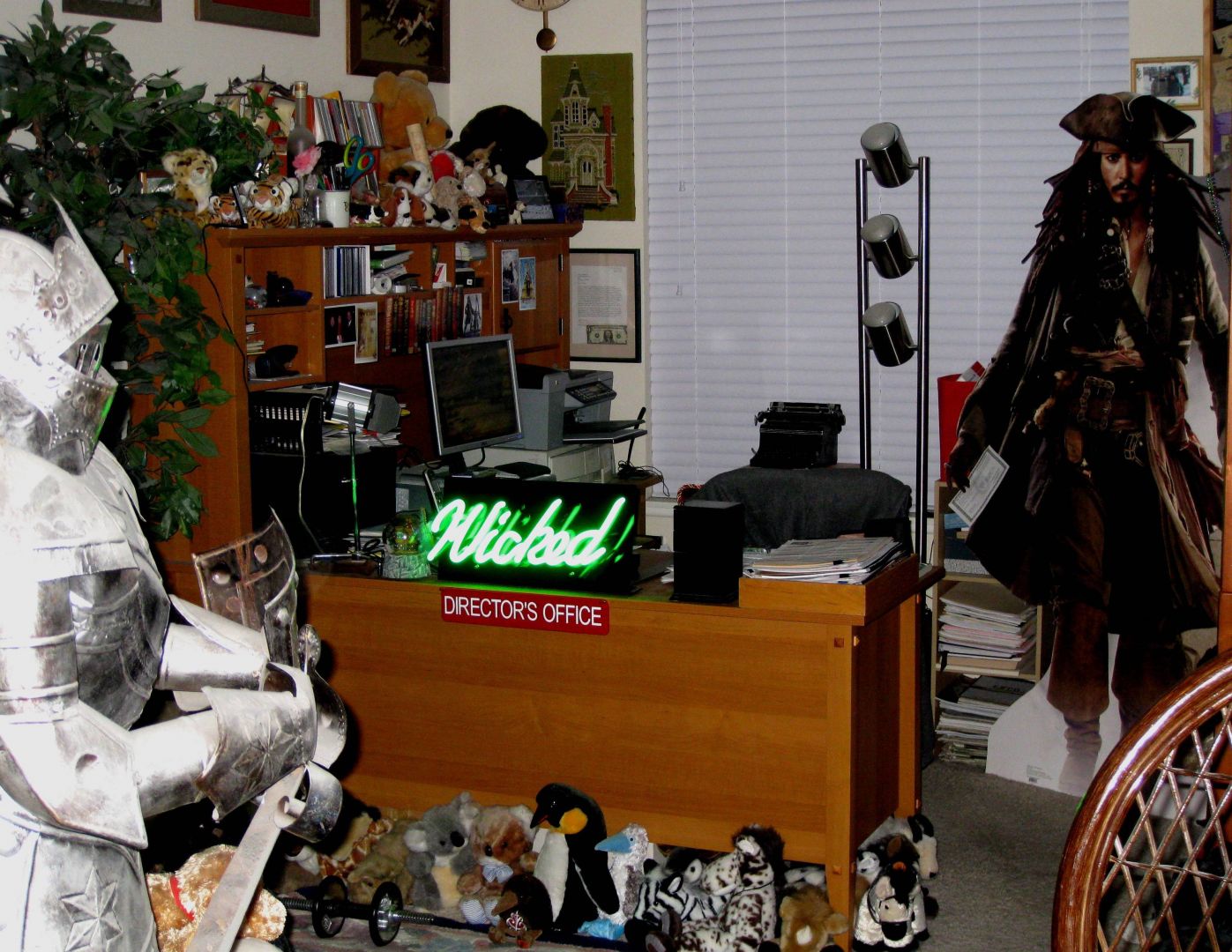 Shoutout is all about shouting out others who you feel deserve additional recognition and exposure. Who would you like to shoutout?
I was fortunate throughout school to have instructors who recognized my potential as a writer and pushed me to do my very best. When I began sending my work out for publication, I was even more fortunate to be blessed with the editors who showed me the ropes and encouraged me to push the envelope. Not the least of these influencers was the late Sylvia Burack who purchased my first script, “The Knight of the Honest Heart” in 1980 for inclusion in PLAYS Magazine. All of these years later, I continue to contribute scripts to PLAYS, which is now owned by Elizabeth Preston and her husband Peter Dimond. My biggest shout-out of appreciation, however, goes to my husband, Mark Webb. Not only does he participate in brainstorming with me but he is also the first person to read everything I do. Whenever I have a new script, the two of us engage in lively table-reads in the dining room over adult beverages. Since we have both acted on stage, we have no shortage of accents we like to use. When the windows are open, I’m pretty sure the neighbors think there are at least 17 other people who live with us.