We had the good fortune of connecting with Cristina Malakhai and we’ve shared our conversation below.

Hi Cristina, how has your background shaped the person you are today?
I am Spanish, from Barcelona, so I feel very Mediterrean, being Catalan and Spanish at the same time. I was born in Barcelona, but my family is from the South of Spain and Madrid, so I feel that I’m made of all parts of Spain. Also, I grew up very close to the ocean, so that makes me feel so Mediterranean and so in love with our nature and ocean heritage. That’s where I started composing most of my music in the beginnings. My parents used to have a caravan and we would go camping every summer in front of the ocean. I would start writing my first lyrics when I was 12. I would bring my guitar and a notebook with me to the forest, the rocks and the beach since I was 15, and some of those songs are classics to me, which I even selected to be in my first album. So, that’s my personal background, growing up writing songs in the middle of nature in front of the beach. At 17, I got into a rock band, and I was songwriting, recording and performing with them for +10 years, which was a great school.
Also, from the artist side, I did musical theatre for years, so I have been acting, modelling and performing in all kind of stages.
And my professional background is Creativity and Advertising. I have a Bachelor’s degree in Advertising and PR in the UAB (Universitat Autònoma de Barcelona), and before ending my studies I was working as a creative copywriter in Ogilvy Worldwide, one of the most important multinational advertising agencies in Barcelona. After working 3-4 years in the Department of creativity of advertising agencies, I also started hosting and directing a radio show in a radio station about music, with interviews and performances, all on-air. So I started using my knowledge and skills of my professional background to get closer to the music industry. I worked in a booking agency, managing other artists and their national tours in theatres and outdoor stages. Until now, where I am songwriting and producing music in Los Angeles for the Publishing Bellringer Productions, where I am also the Head of Music.
Besides the music business side, I am right now totally focused on my music career and future releases. 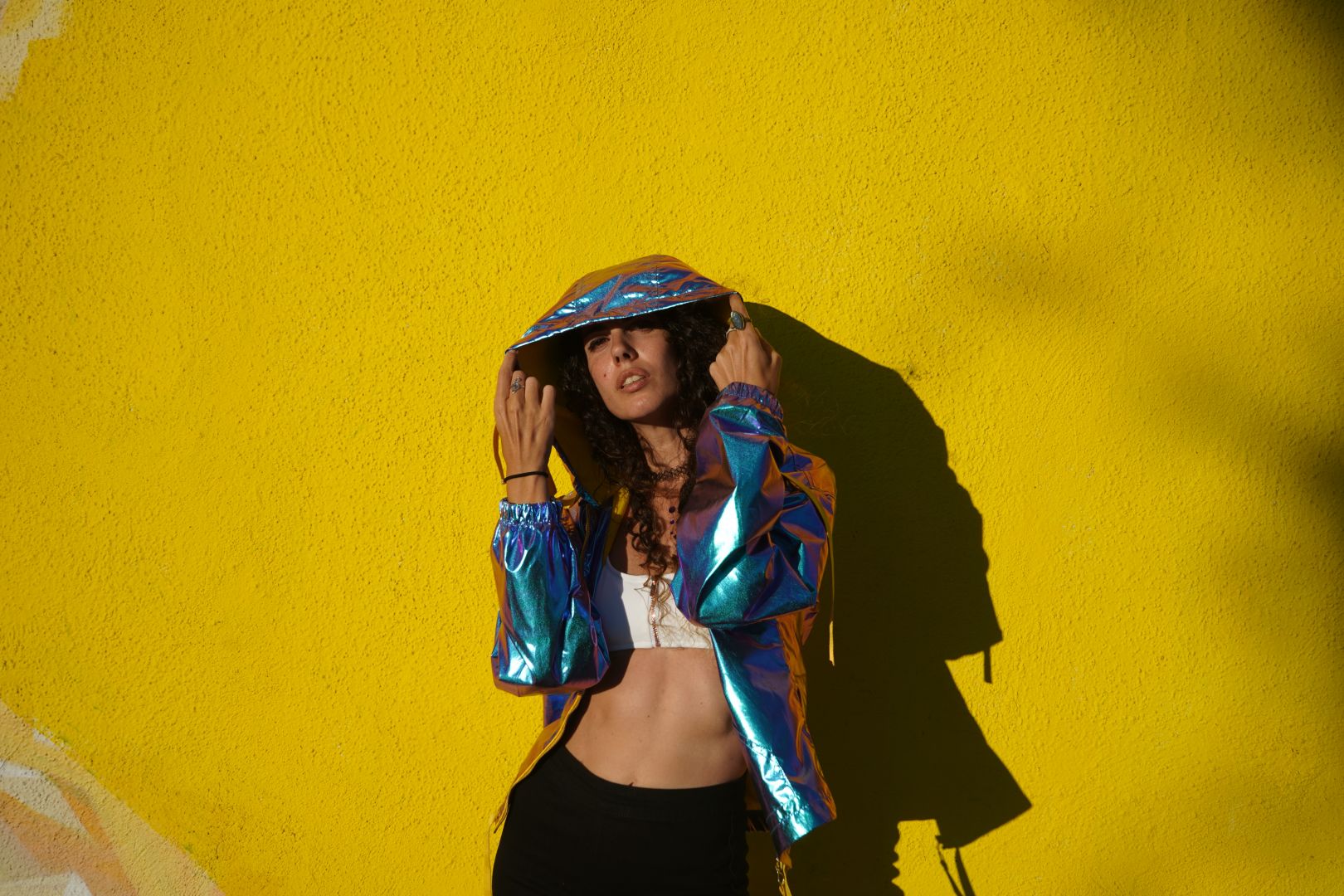 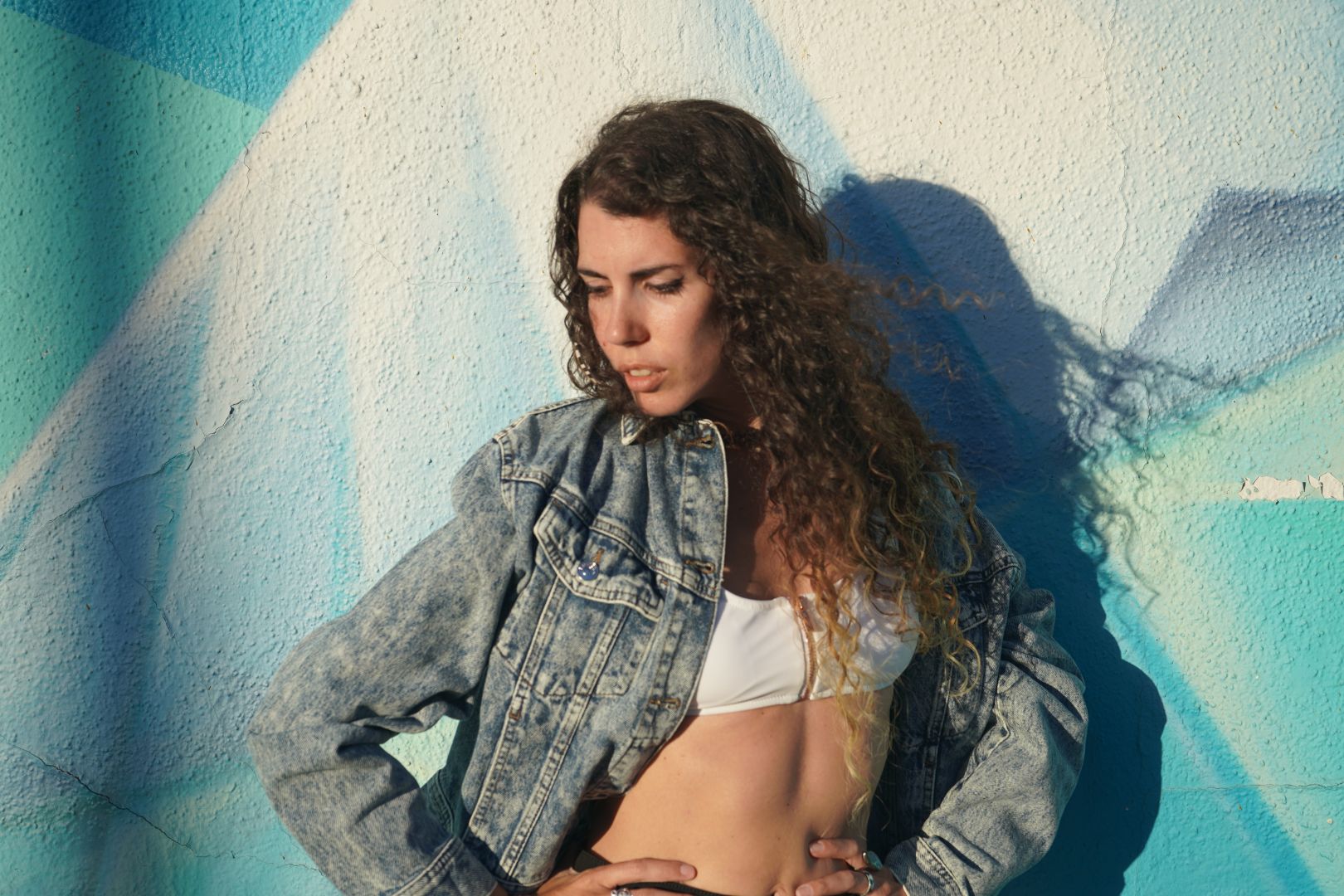 Can you open up a bit about your work and career? We’re big fans and we’d love for our community to learn more about your work.
I know I still have a lot to do, but I guess I could feel proud of some acknowledgements being an independent artist like: – having reached the #1 in iTunes in Spain,
– appeared in national media in my country like the MTV or TVE and RNE, the public national television and radio,
– having performed in +100 stages around Europe and North America.
– becoming a voting member of the Latin Grammy Recording Academy.
– +12 awards and nominations at Los Angeles and Latin America Film Festivals, for the next music video release “Distancia” (Cristina Malakhai & Bellringer), directed by Stefany Rojo.

I don’t have a large fanbase or a label supporting me, so the support of several shows and journalists from public radios and tvs, where they are very selective and don’t receive any money from labels, was very important to me as it tells me that my music has value, quality and something to say.
Becoming part of LARAS, could be just a little step, but for me, I never imagined in Spain that I could be part of this community, where I feel that my voice has value, and where I can connect with so many talented people that now I can call friends.

Probably, one of the biggest challenges is being and independent artist, without a team and I need to dedicate a lot of hours to the music business side, while I would love to spend more time focusing on the creation. The good thing, is that I have professional experience and university studies in Advertising, PR, Music Business, and worked in Radio, Booking… so, I have some idea of how I need to do certain things and I have the whole control of my business. The downside is that I really would love to have some support to be able to focus on my music and produce more. 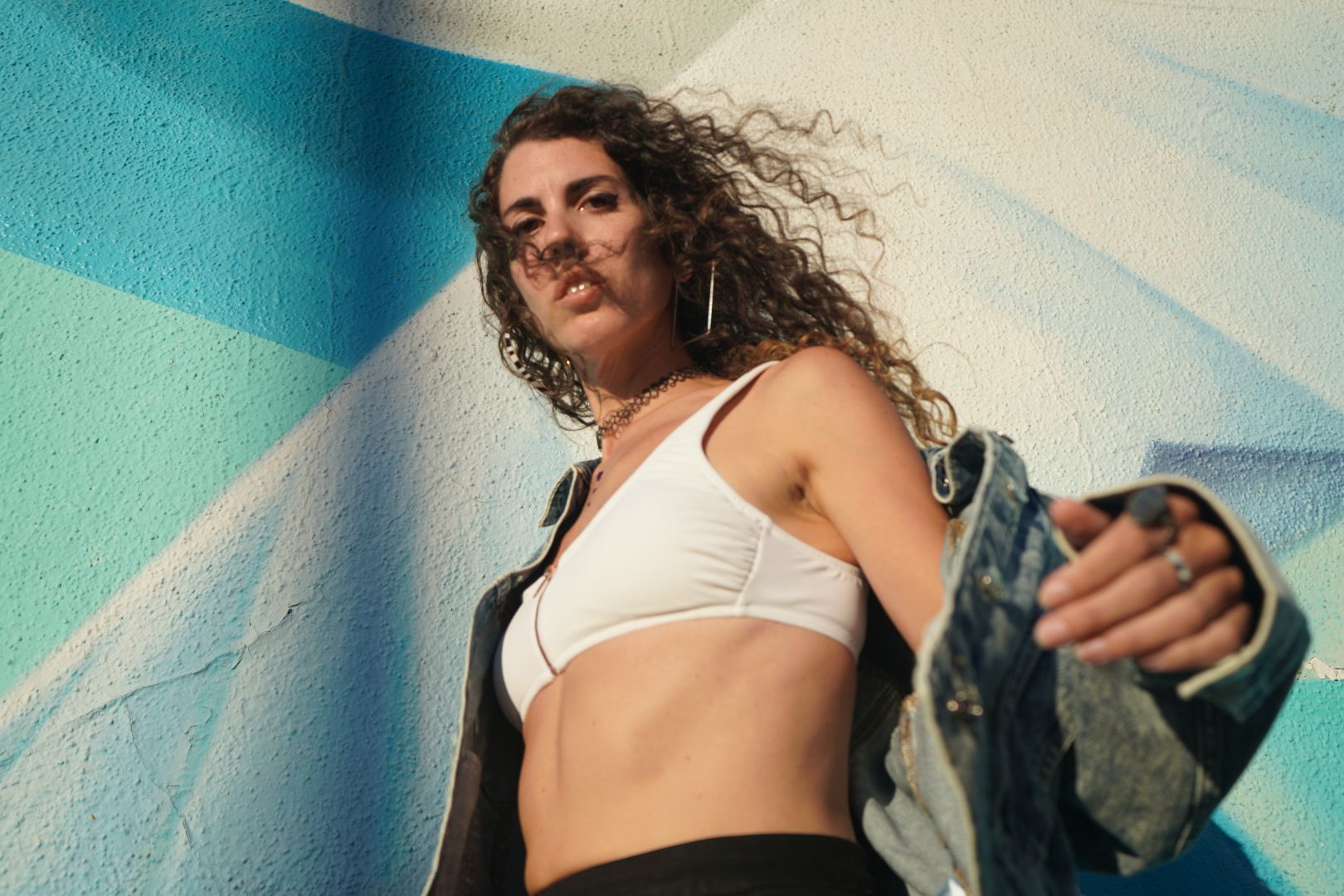 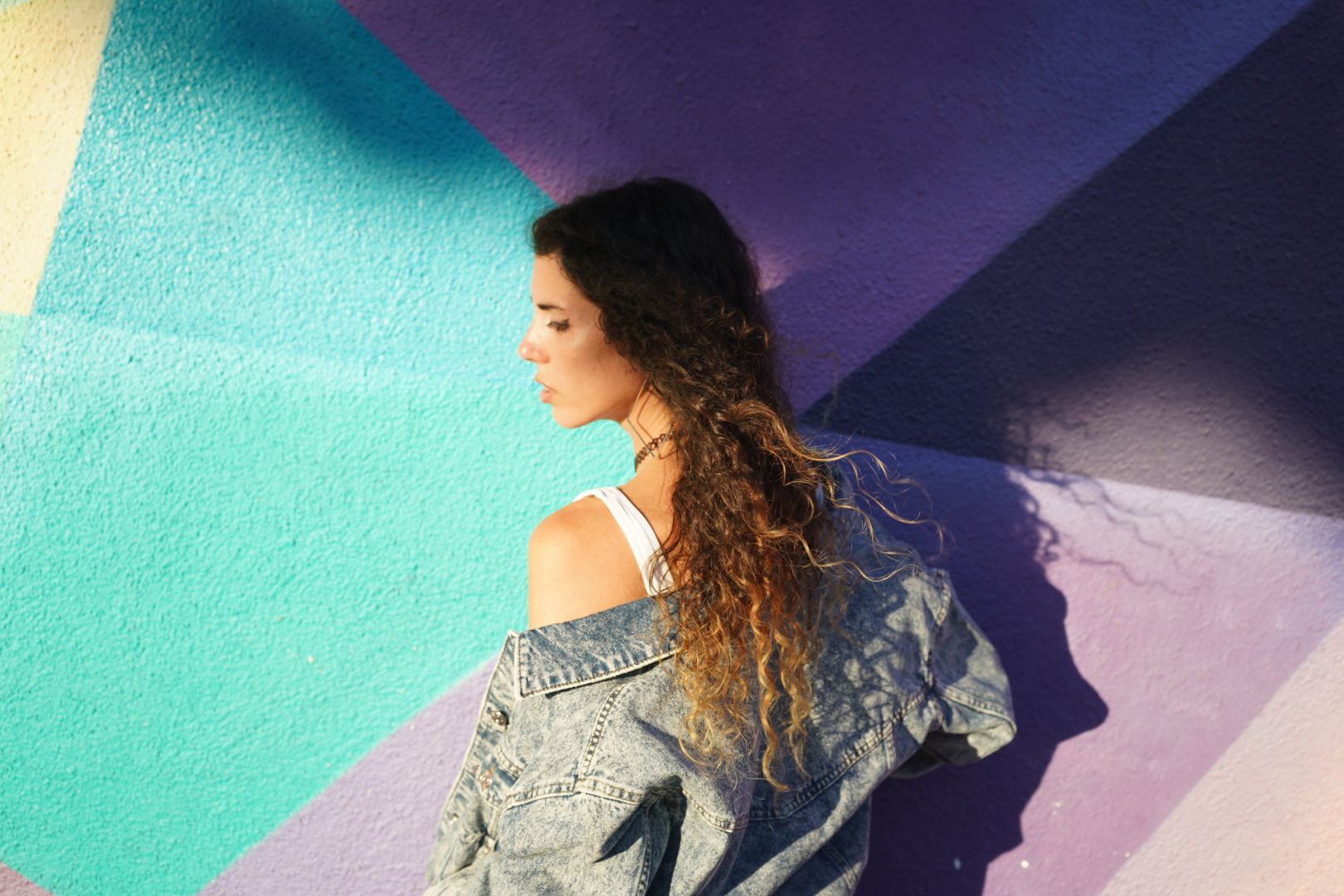 Let’s say your best friend was visiting the area and you wanted to show them the best time ever. Where would you take them? Give us a little itinerary – say it was a week long trip, where would you eat, drink, visit, hang out, etc.
For me the most attractive side of LA is the coast. Maybe it’s because I’m from the Mediterranean and I still need to be closed and connected to the ocean, and I think that the Californian coast is pretty interesting.

I love riding my bike along the coast and I would take my friend to a couple of itineraries: one from Venice to Malibu, and another one from Playa del Rey to Redondo Beach. This way, she could experience the typical and popular atmosphere from the most crowded parts of Venice or Santa Monica, but also the quieter parts where you can find more locals having their daily walks or runs. In Venice we could stop for a drink by the beach, at Perry’s, or at Urth’s Cafe in Santa Monica. In this first itinerary, I like going up to Pacific Palisades where you can find more quiet spots, to stop and enjoy the sunset.
In the second itinerary, I like the area of Manhattan Beach, where you can breath the surfing vibes mixed with a chill beach town, and Redondo Beach, which is pretty and quiet.

One of the musts for me is Malibu. I would go to the famous Matador Beach, Zuma and would stop by the Malibu Lagoon State Park, to walk from there to the beach next to the Pier, to have a drink or some food at the Malibu Farm at the pier. Also, one of my favourites places to eat in Malibu is the Reel Inn and ask for some fresh fish.

In Santa Monica, I like having a walk through the Pacific Palisades park next to the coast, and also the promenade, and if I go for drinks and food, I like some top floors they have such as the Elephant or the one at the Huntley Hotel.

For Music, we have a lot to choose depending on the mood. I wouldn’t miss the legendary Sunset Blvd with places like the Viper Room, Rainbow, The Whisky Go-Go… for rock. For some chill or different atmosphere, I love the Black Rabbit Rose Magic or The Classic Cat.

I wouldn’t miss going to the Griffith Observatory for the views, or walking around Echo Park and Silverlake. 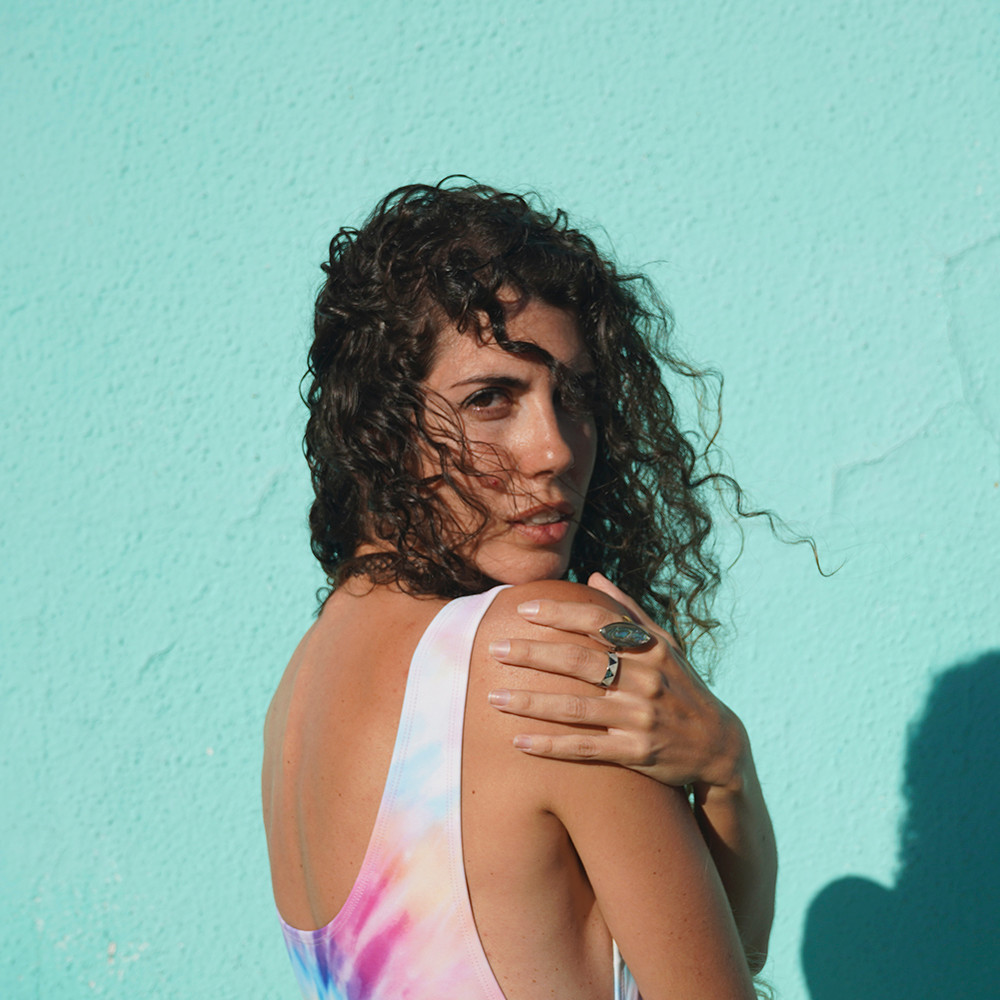 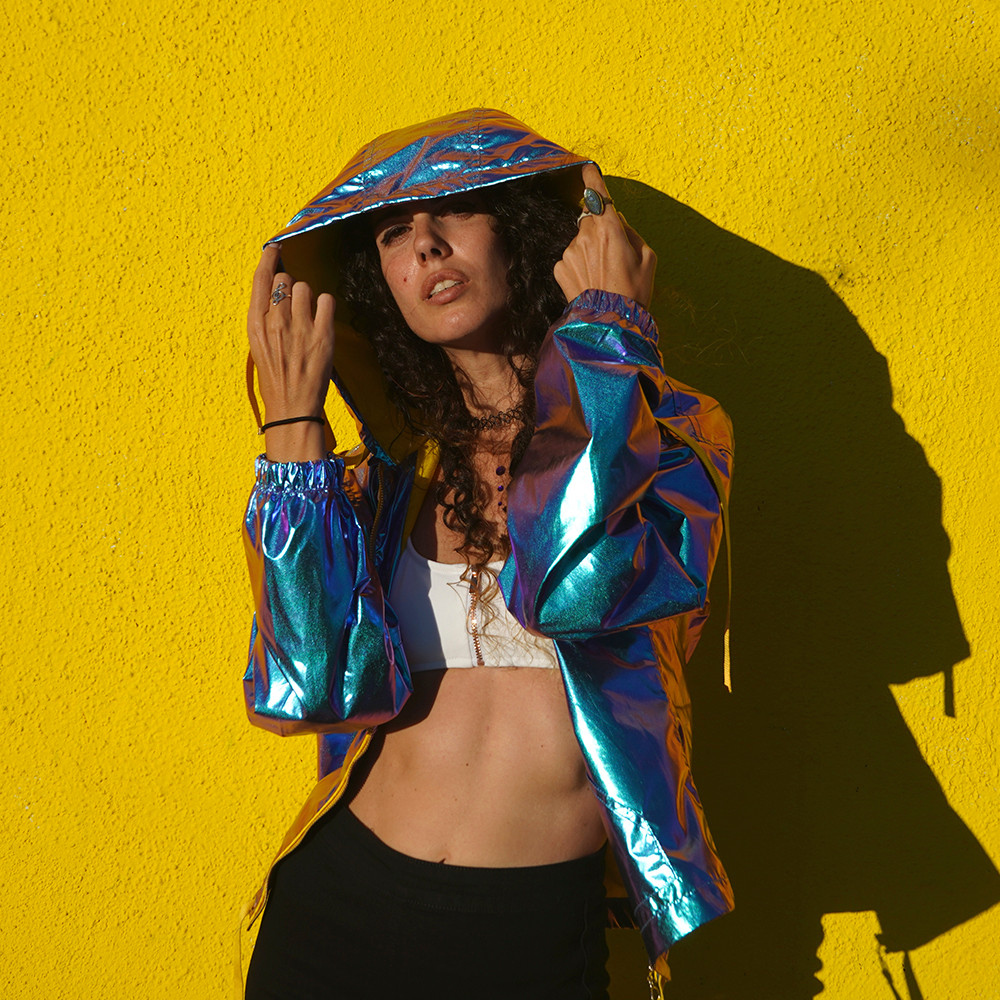 Shoutout is all about shouting out others who you feel deserve additional recognition and exposure. Who would you like to shoutout?
I always wrote music by ear, by intuition since an early age, but after some years songwriting for my rock band, I decided to go beyond and study Music and Harmony in one of the best modern music schools in Barcelona which is focused on jazz, blues, rock… so, I went to Taller de Músics, and that step was a big step for me. It was mind-blowing to be open to a whole universe that showed me the way to get to all those melodies and ideas that I had forever in my mind. Now I could transfer all that I had in my head in real harmonies and express with the right terminology to other professional musicians who I worked with. I want to thank them and its director Lluis Cabrera.

In the Songwriting side, I wanted to mention SGAE, the Spanish PRO, since they supported me in Spain, giving me some stages to play and recently, they selected my project for a scholarship to study Independent Music Production at the UCLA.

In my projects, I had very talented people I would like to learn even more from. Like the music producer Pablo Mirete (from Spain based in LA) who is brilliant and we get along great to experiment our crazy ideas… And the music producers Marco Cinelli (from Italy based in London) with an exquisite taste and did a very elegant production for my album Sky, Marco Morgione for all the great results behind the recordings and mixes. As musicians, I wanted to highlight Oriol Saltor for his wonderful guitars in my albums and all his incredible guide in the music industry world, Abel Garriga for his beautiful piano. And the great Rob Jimenez for his work in the mixes and future songs we are working on.

And Finally, want to specially highlight the hit music producer Marcus “Bellringer” Bell (Nicki Minaj, Snoop Dogg, Timbaland, Katy Perry), to believe in my talent as an artist and songwriter and producer, almost in a blind way. I will always remember a moment that made me shift my mind. We were in a songwriting camp, producing urban and hip hop songs, his specialty. Me, recently landed from Barcelona, I never touched those genres since I came from an alternative rock band, and I had an electronic indie pop solo project. Then he asked me to start making some beats, and I think I would have made a face like… “Mmm… Me? I never did hip hop beats before…” He directly told me: “You produce music, right? (He smiled) There you go” What I felt is that he totally trusted my criteria, he made me feel I could produce anything, without doubt. And we are still making music together, and hopefully forever. 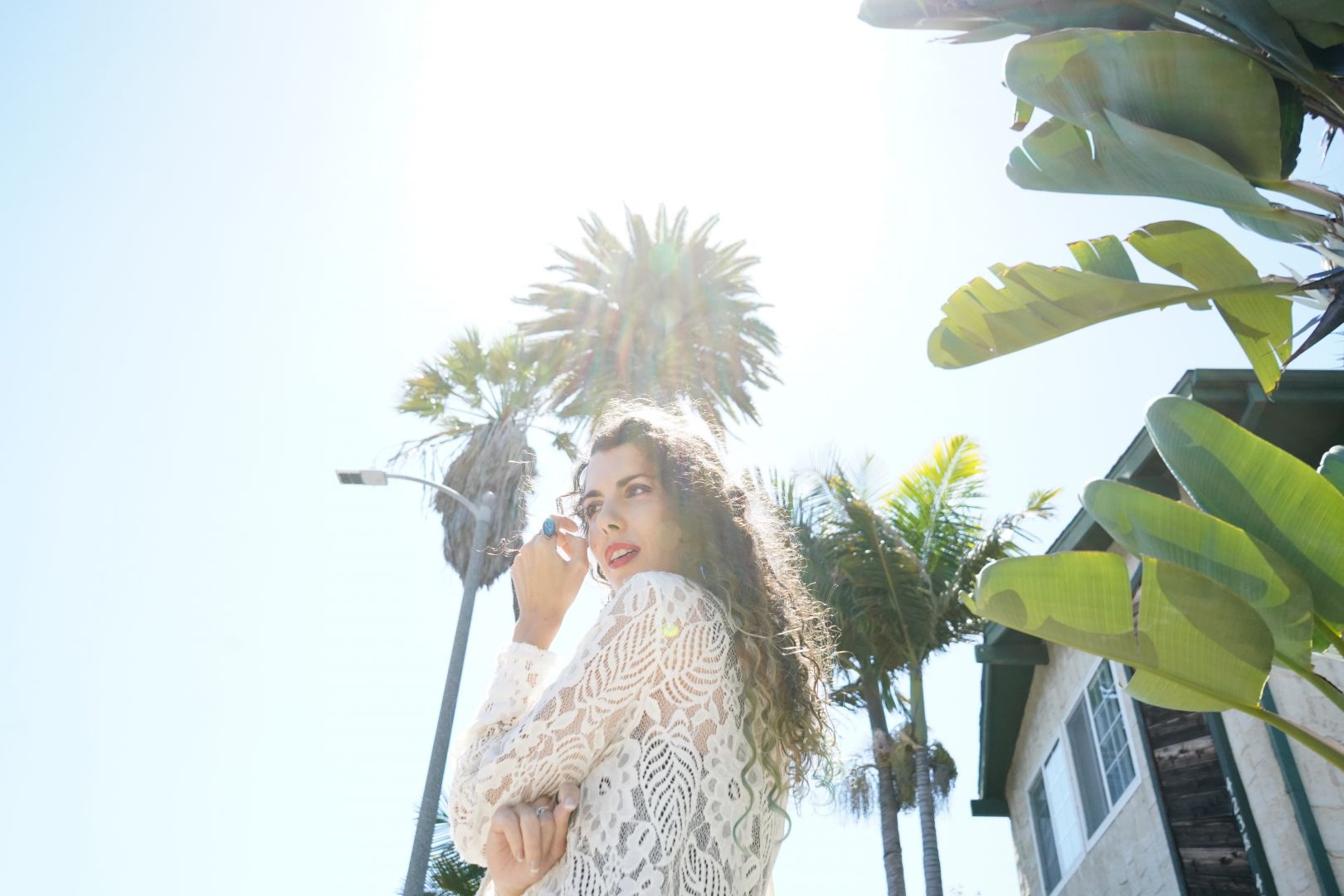