We had the good fortune of connecting with Daniel James Dismuke and we’ve shared our conversation below.

Hi Daniel James, we’d love to hear about how you approach risk and risk-taking
I use to be very fearful of risk or uncertainty, but now I am embracing it pretty regularly. When I was 22 I was still living in Reading, Pennsylvania – where I was born and raised my entire life. That was the age that I decided that writing, directing, and filmmaking was what I wanted to do. However, I had no experience or training whatsoever. I went to Kutztown and West Chester to study Business Management for 3.5 years. I had the opportunity to move to San Diego or stay in Pennsylvania and finish my business degree. It was terrifying to make that decision and up and move across the country based on a gut instinct. Especially when the industry I was moving across the country to pursue was statistically known as one of the most difficult to pursue and find success in. I chose to do it, and ever since then I have come to realize that you don’t deserve the outcome you dream of if you aren’t willing to risk it and bet on yourself. I wouldn’t be happy or be where I am today if I didn’t make that move. So yes, I think risk-taking is the primary role &v reason for where I am in my life and career. 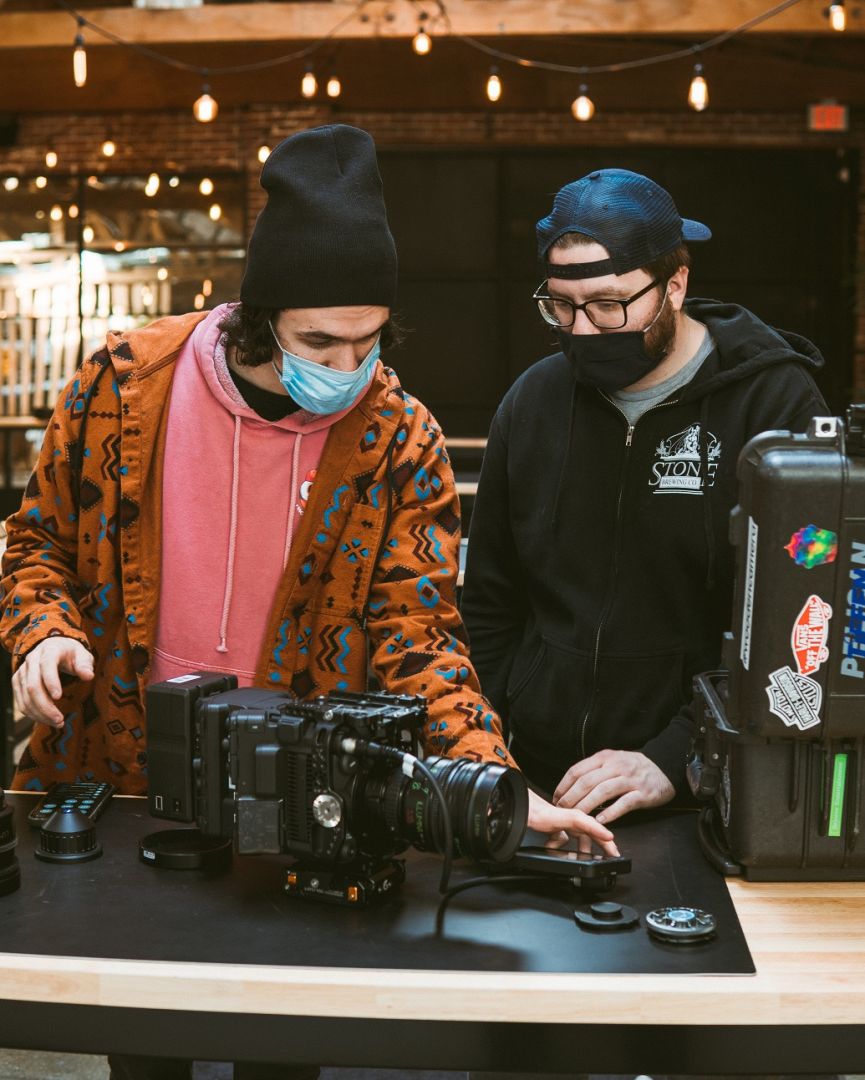 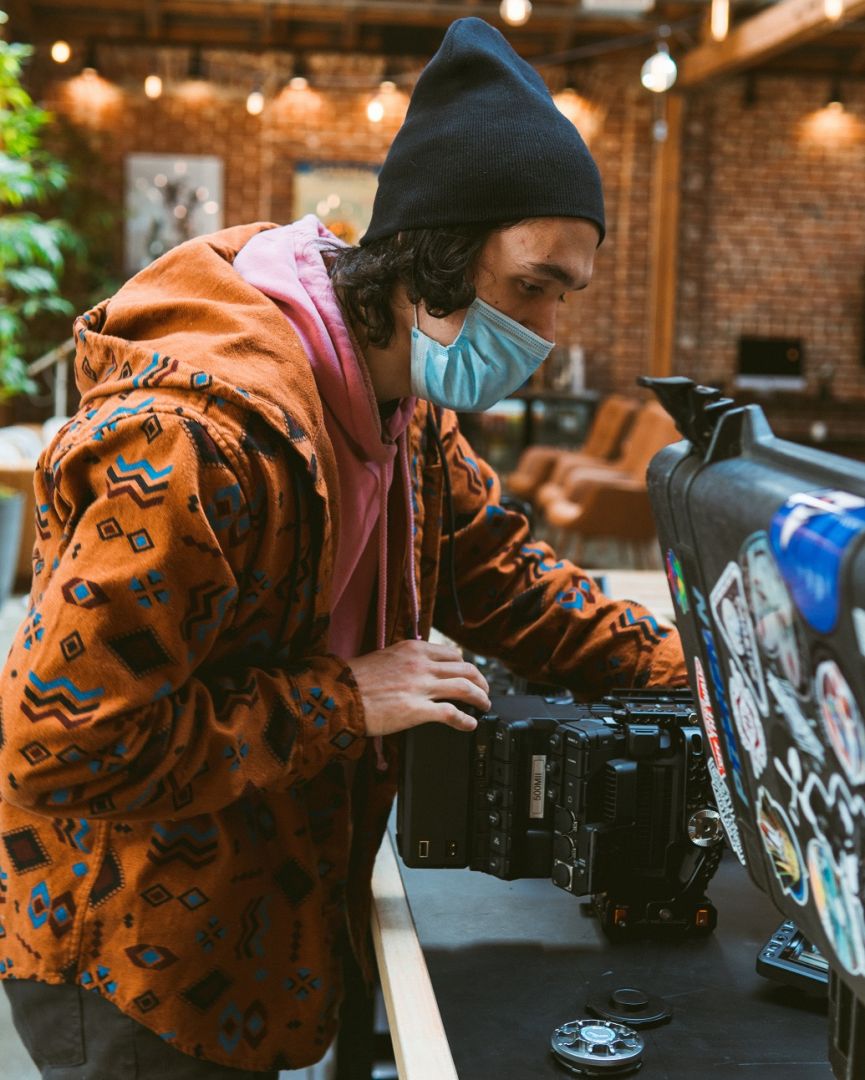 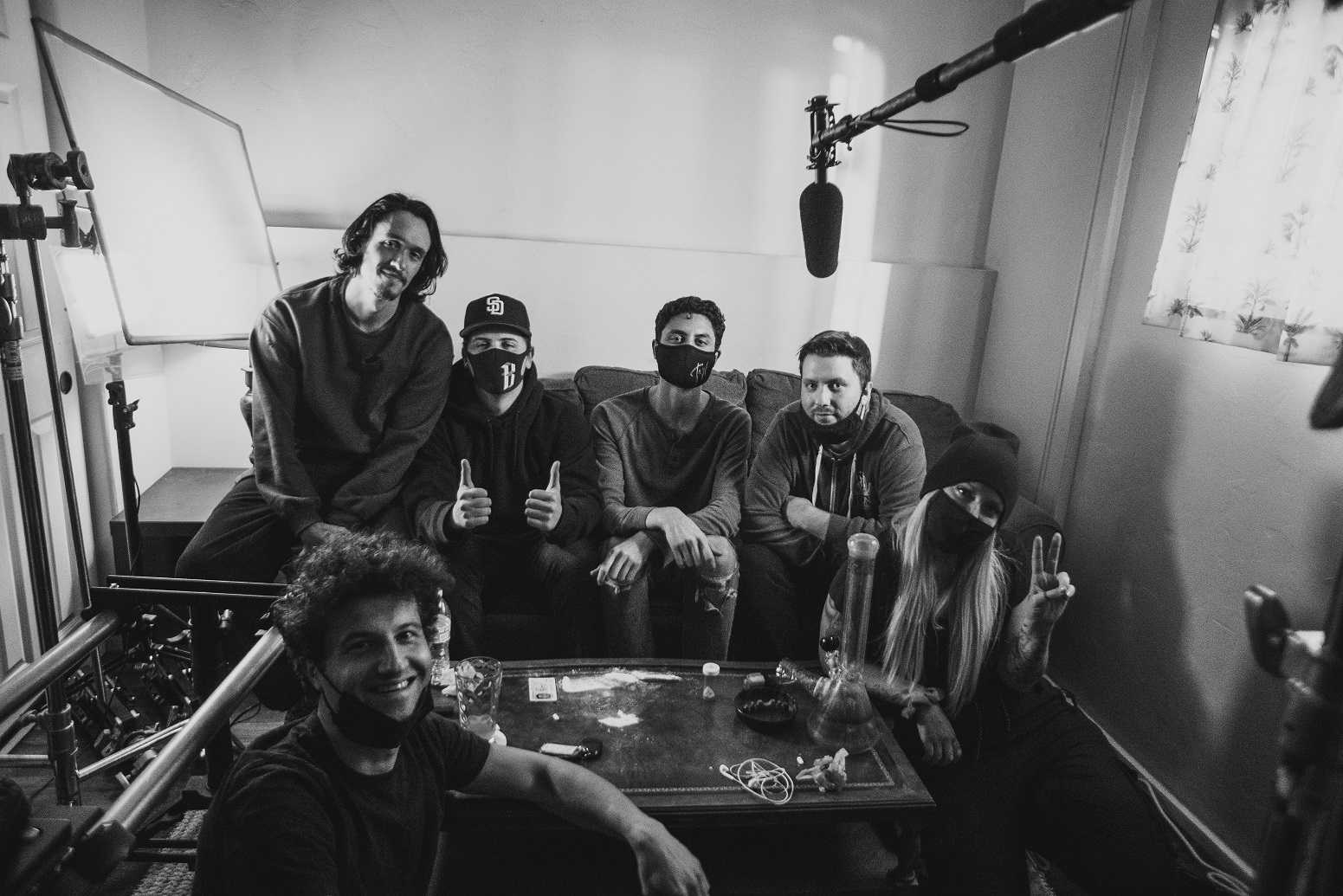 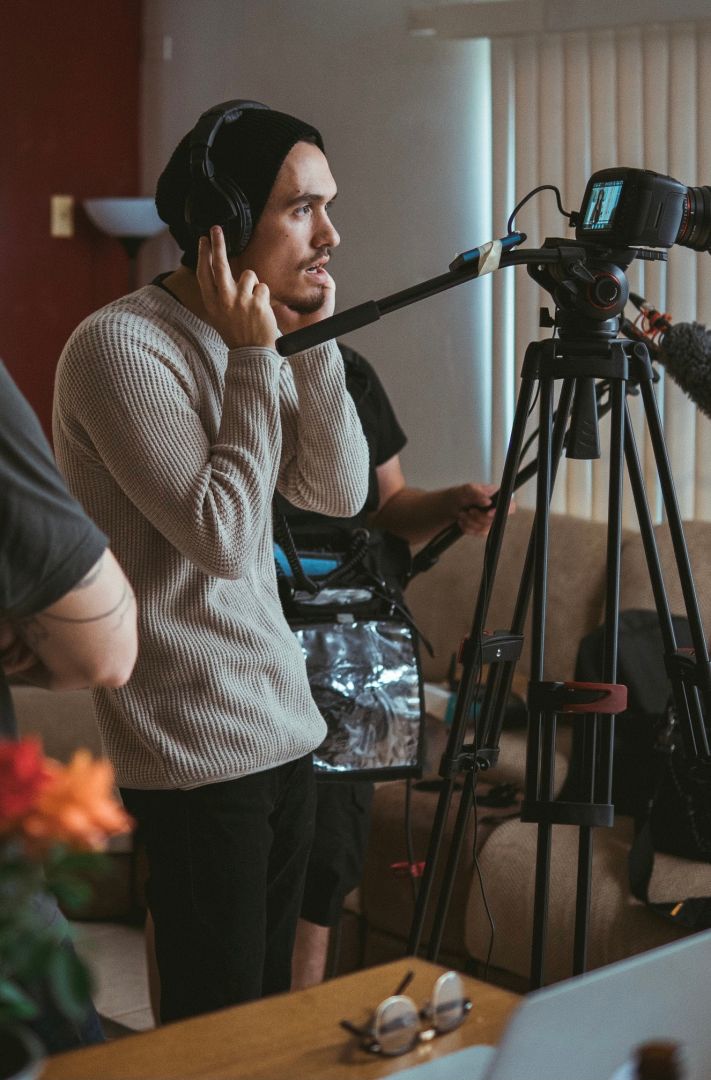 Let’s talk shop? Tell us more about your career, what can you share with our community?
I am working on a few projects currently. – Mama’s Boy (Dark Drama, Short) – This is a concept and pitch film to raise finishing funds for our feature in pre-production.

– Still Here (Romantic Drama, Feature) This is the feature that Mama’s Boy was made to raise final funds for.

– Clover Tree ( a 3 season Dark Drama) which we are looking to shop to a streaming service. It follows Three generations of a family tree with severe substance abuse issues and breaks down how each generation’s mistakes provide challenges for the next.

– We are working on season 3 of a VERY popular TV Thriller series that was canceled after two seasons. We are halfway through and beyond thrilled. Once we saw how many bloggers and fans are still begging for the show to come back, we jumped on it. We are looking for a sales agent to help us sell the script to the studio that owns rights, or have a new studio purchase rights from them to make it.

I think what sets my writing and films apart from others my age is how incredibly critical I am of my work. I feel most young film makers tend to have blinders on when it comes to their work, because they are so eager and excited to “succeed / get their foot in the door.” I realized it after my last project, everyone included and not included in the project saw the first cut and wouldn’t stop telling me how great it was, etc. It took me a long time to not think “ehh it’s okay but it could be better for this reason or for that reason etc.” I still am pretty critical but I feel it is the only way to make sure you put out work that is worth winning awards or getting noticed. Gassing your work up for the sake of your ego only hurts yourself.

As for how I am where I am. It is just simple, old fashion, hard work. That is the only way to get better, or noticed in this industry. And I know that is the most frustrating answer to all other younger film makers but it’s true. I heard Rian Johnson say in an interview after his Star Wars movie came out “The only way to get to the next level is to just keep making shorts, keep entering scripts in contests, over and overdo both of those over and over and if you’re qualified you will get noticed.” He also added, “I know everyone wants some secret insider secret to break into the film industry but to be honest there isn’t once and it’s frustrating, I know.” Once I heard that a few years ago I really realized how true it was, so that’s what I focus on doing.

I think what I want the world to know most is that you don’t need a film, writing, or producing degree or schooling to be successful. It’s simply passion and hard work. I have never taken a single film class, course, nothing. Don’t let that stuff stand in your way, or let anyone tell you that you need those things. If you love film, truly love it, and take the time to watch the greats and study it – you will create great art eventually. The early and rough looking projects shape you, they will teach you just as much as any college course will. That is something that I truly believe. There is no such thing as overnight success.

If you had a friend visiting you, what are some of the local spots you’d want to take them around to?
I would most likely take them to my two favorite speakeasy’s in San Diego. There is a great little whiskey spot in the back of the Seven Grand in North Park. There is also a hidden one downtown called Prohibition. I would absolutely take them to Balboa Park and to the San Diego Zoo. Then I would make the drive to LA and do the Hollywood sign, Hollywood Blvd, and probably a studio tour. I absolutely love Joshua Tree and Death Valley, they are two of my absolute favorite places, so we would hike and visit one or both of them for sure. There is also a rooftop movie theatre in Downtown San Diego that I would take them to, I think it is so cool. 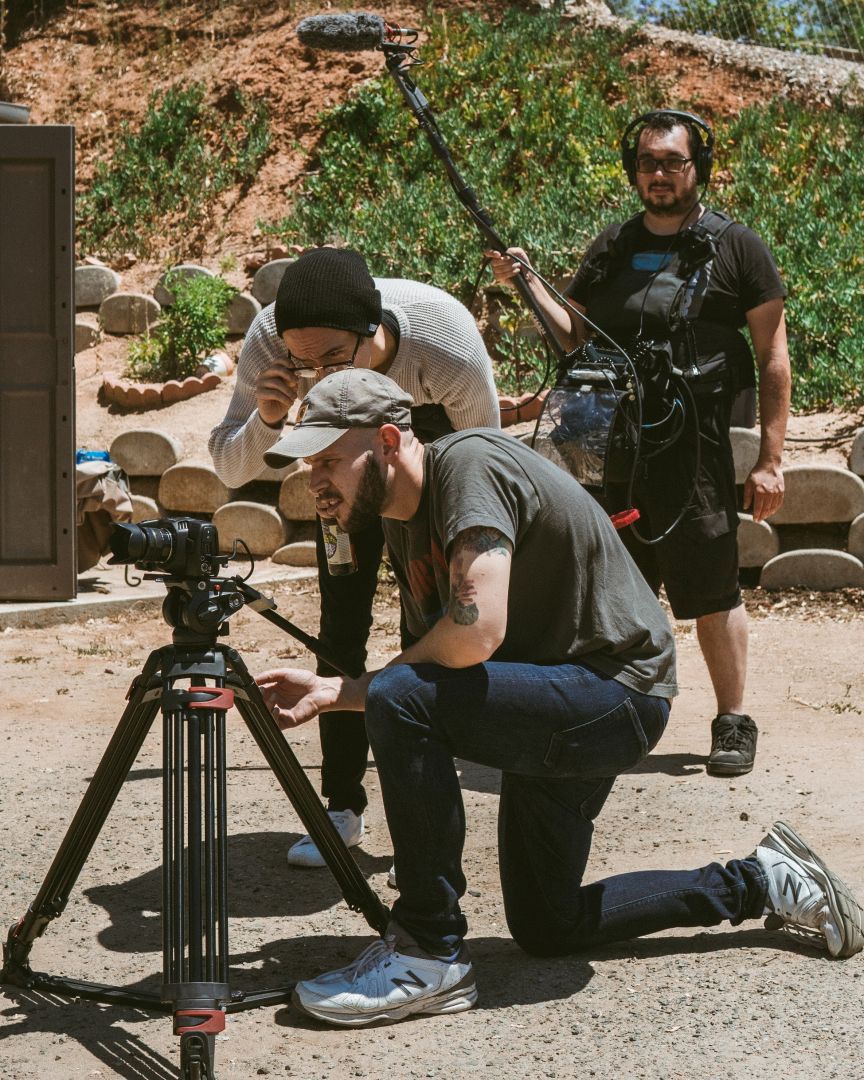 Shoutout is all about shouting out others who you feel deserve additional recognition and exposure. Who would you like to shoutout?
The people and names I think shaped or played a role in where I am are as follows: Michael Christopher, Matthew Thomas, Ezekiel Kitchen, Jack Huntsman, & Brianna Hennekam.

Michael is the composer and head of music department for all of our film projects, but he is also one of my best friends. We met when I was still in Pennsylvania right before I started my journey. We met on Instagram because I was looking for a composer and he was excellent. It is a tough field to be in… the film industry – you doubt yourself, the project, your skills and it is mentally exhausting at times. Michael and I had each other in those times of doubt and I do not think either of us would be who we are today or where we are today without each other.

Matthew Thomas is my writing partner and one of my best friends from college. He is who I moved out to San Diego to live with four years ago. He moved here a year before I did and got an apartment for us. I have written two books and plenty of scripts alone, but whenever we are on a project together, I can’t stress enough how much better it is. He is one of the only few people that I can really take any plot line, or writing block question to and be sure he will figure it out for me or with me.

Ezekiel Kitchen is my go to DP & Editor for any project and also one of my closest friends. Im sure you have noticed the trend by now – yes I work with three of my best friends and yes, I do realize how much of a blessing that is. He also attended the same college as I did in Pennsylvania, but we did not know each other then. We met the last week of college at a photo shoot and began to chat. A week later once I moved to San Diego he texted me and said “Wait you moved to San Diego? no way man, So did I lol.” It was as if it was written in the stars. He is so talented and I severely value his creative opinion.

Jack Hunstman is my best friend since I was about six years old. He has no connection to the film industry, but we went through a tough year together. The year before I moved when I was debating – should I move or should I not? Can I succeed as a film maker or am I crazy? It was a very difficult and dark year. He also was struggling with finding his career path. It was a year that molded both of us into who we would be for the rest of our lives and we really only had each other.

Brianna Hennekam is my girlfriend and best friend. She is one of the brightest lights I have and could ever know. She makes me see the worlds light when it’s dark, and is very understanding of my non-stop work ethic that this industry requires. I couldn’t imagine living without her. She makes me more empathetic and a better writer because of how incredibly happy and optimistic she is about the world.

Other: These are two of the three thriller books I have written based on the scripts I also wrote with Matthew Thomas. We are trying to get funding to make this trilogy. https://www.amazon.com/Daniel-James-Dismuke/e/B076J89G4V?ref_=dbs_p_pbk_r00_abau_000000