We had the good fortune of connecting with Daniel Nufer and we’ve shared our conversation below.

Hi Daniel, why did you decide to pursue a creative path?
I spent a good part of my life absolutely certain that a career in the arts was the only option for me. I can’t exactly explain why, but other careers just didn’t interest me. Then I grew up. And suddenly the arts were–at best–something people who get really, really lucky get to spend their life doing. So I went to college, got a degree that would suit me well in a strongly Capitalistic society and got a job at a Fortune 50 Company and quickly rose through the ranks. But by 25 I was professionally miserable. I had no creative pursuits to sustain me and during the work day I felt like the white collar suits I grew up scoffing at. So I took a chance. Started taking improv classes in Chicago at the Second City, did pretty well. Found myself in a few short films. And in 2018 I took the real plunge and moved to Los Angeles full-time. So to get back to answering your question instead of this prosaic, semi-biopic rambling, why did I pursue an artistic career? I hate to fall back on the old adage, but I didn’t have a choice. Here I am in 2021 having written two screenplays and having been lucky enough to star in a few successful productions (even worked on a few Commercial and Industrial projects), and while there is still a lot staring down at me from atop the hill of “tv/film industry success” — the pursuit has made me happier than I’ve been in my entire life. I think that’s what drives people doing things like me in “non-traditional” careers; the simple fact that anything else is just…misery. 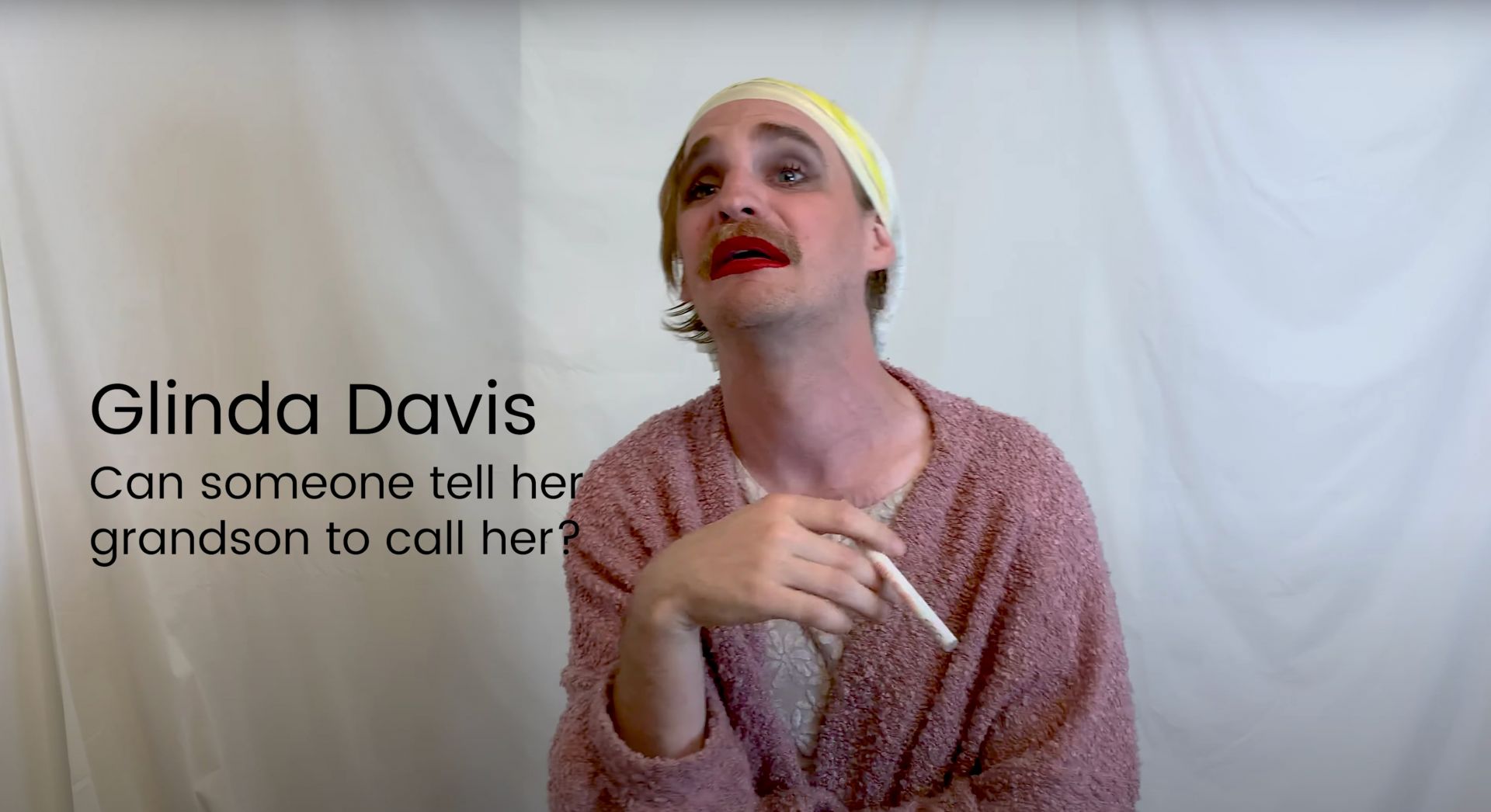 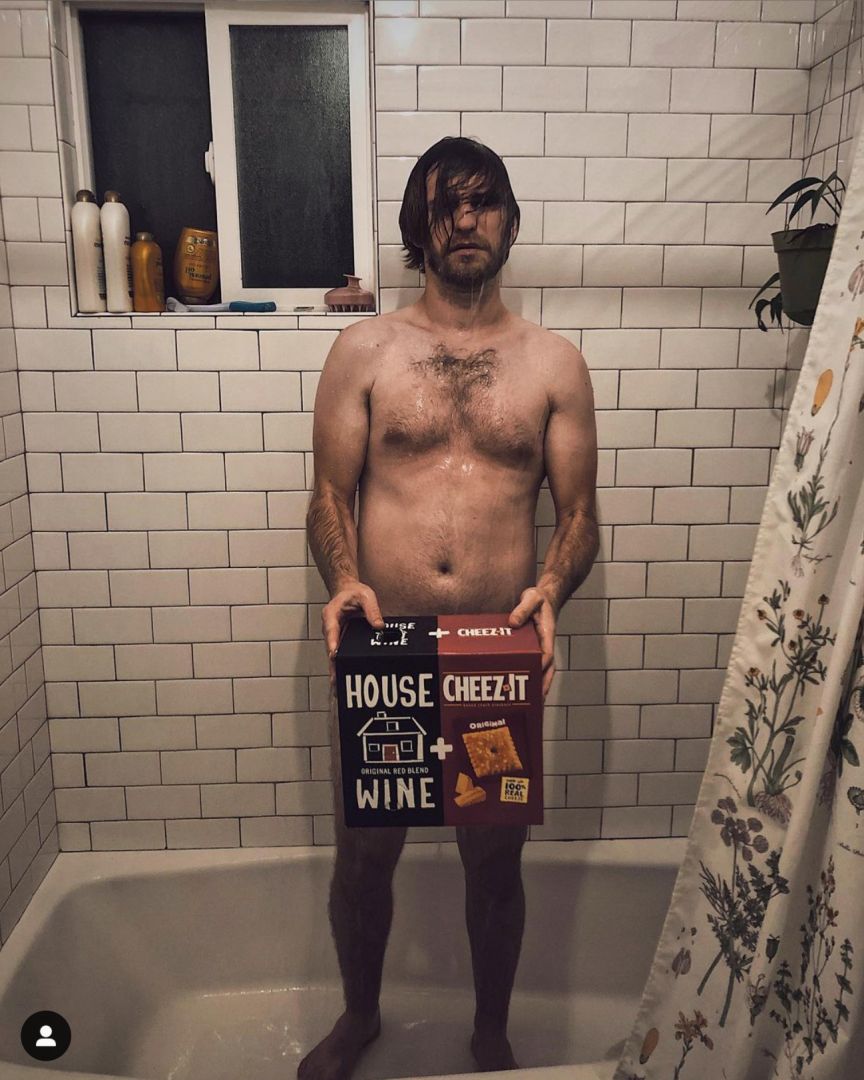 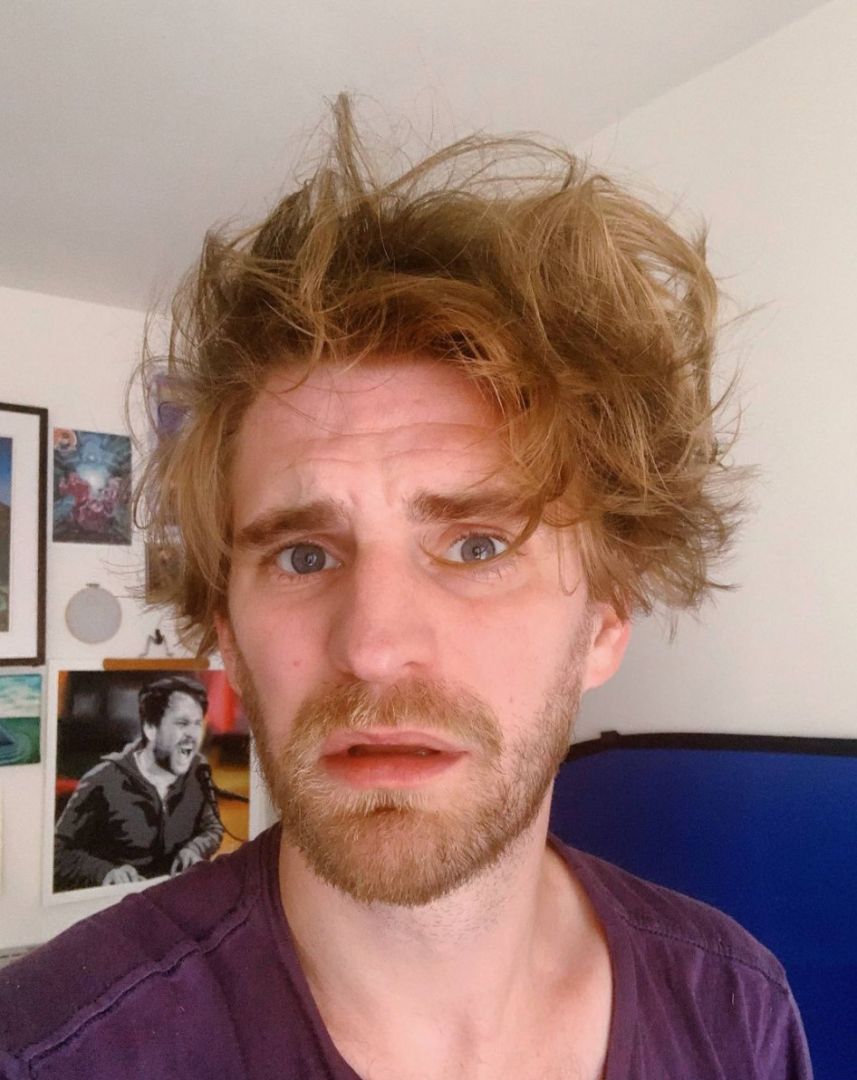 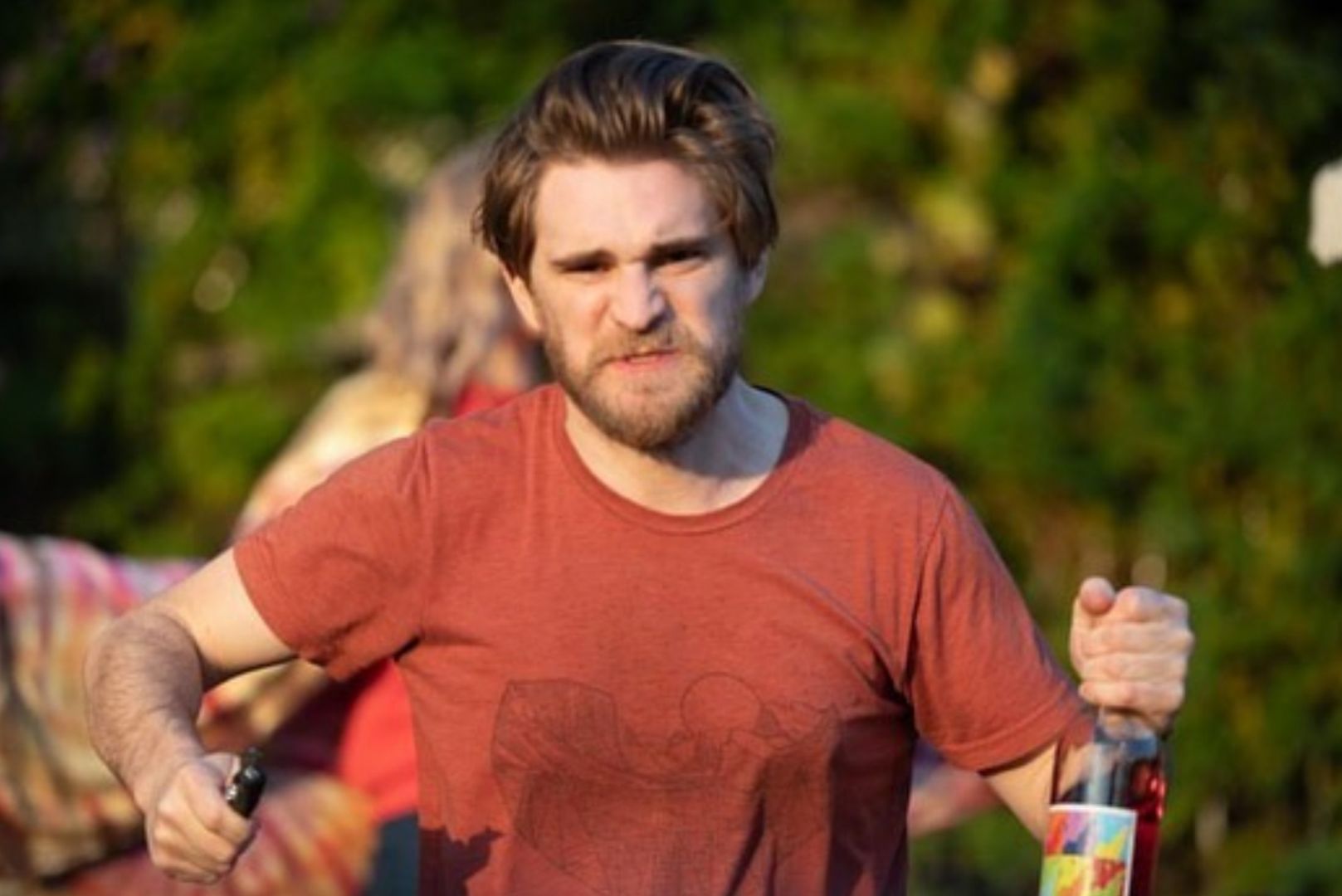 Alright, so let’s move onto what keeps you busy professionally?
So, as is probably clear from my title, I am an actor, screenwriter, and general idiot for comedy. And to get to a point that I feel comfortable calling myself those things (at least the first two), took a really long, really challenging emotional and physical journey. It takes grinding, constant and seemingly hopeless grinding. I’ve got a short film going through the Festival circuit right now: Let’s Make a Movie starring myself and comedian J.Cyrus; and I am incredibly proud of how it’s doing. It’s already won a Best Overall Comedy award and has been selected by almost a dozen other festivals. And I got that part through a cold audition shot out into the world. I got lucky, but I also killed the audition (hey, if I can call myself a human fart I can also compliment myself from time to time). But just to get to that audition (back in late-2019) I had probably submitted to at least 5,000 other roles and auditioned for about 500 of those–nearly all were big ol “no thanks”.

So I think I can answer both the “what sets me apart” question and the “lessons learned” question at once. What sets me apart is that to me, “grinding” means never being content with where you are. It means spending the time you can (in between your required duties as a human and a bit of self-care) either actively attaining or learning about what you want to do. And what sets me apart is that in that process of grinding, I learned improv (can’t wait to get back on stage at UCB when this BS is over), a screenwriter (like sort of for real because I went through UCLA’s Master’s Certificate in Screenwriting program), Produced a film, was a PA for a major HBO show, directed a film, and wrote a ton. And, I believe, it’s that willingness and ability to become multi-faceted and to constantly be curious that enables one (or at least me) to succeed in an industry as competitive and non-linear as this one. Also, just like, stop taking yourself seriously. The more you realize you’re also just a big ol dumb dumb trying to figure this sh*t out the easier it is to figure out–trust me.

Let’s say your best friend was visiting the area and you wanted to show them the best time ever. Where would you take them? Give us a little itinerary – say it was a week long trip, where would you eat, drink, visit, hang out, etc.
Ohh this is super fun. I feel like when I read this back I’ll probably be like “dang I should have said X, Y, Z” but in any case. LA is so diverse and has so much going for it, but I actually think I’d give a visitor what they probably THINK LA is first. So I’d head out to Malibu and do a day at the Beach and up in the mountains (there are some great vineyards when you drive into the mountains from Malibu). Then I think a Studio Tour is a great way to get even more of a sense of what people THINK LA is (so whether it’s Paramount, Warner Bros, or really any of them). Then I think we’d do the real LA. A show at the Greek Theatre, a few shows at UCB or Groundlings, some dinner in Los Feliz or Silver Lake (Silver Lake Ramen or Tacos Delta maybe). End the day at one of my favorite bars in Los Angeles (either Button Mash, Jay’s Bar, or Verdugo Bar). Then I’d have to get a hike at Runyan (even though it’s super over-crowded) or Griffith in. I’d TRY to do Disneyland and Universal Studios because I’m a sucker for theme parks. And then hopefully there’d be a casual house party at my house or somewhere else where we could just meet new people in LA because everyone (or at least everyone who isn’t trying to impress themselves) has a really interesting story about what they do and why they’re here. And in the in between times, one of the best parts of LA is the history so definitely a movie at Los Feliz Theatre, Cinerama, or Vista. Ugh! Probably so much more, but that’s what comes to mind. 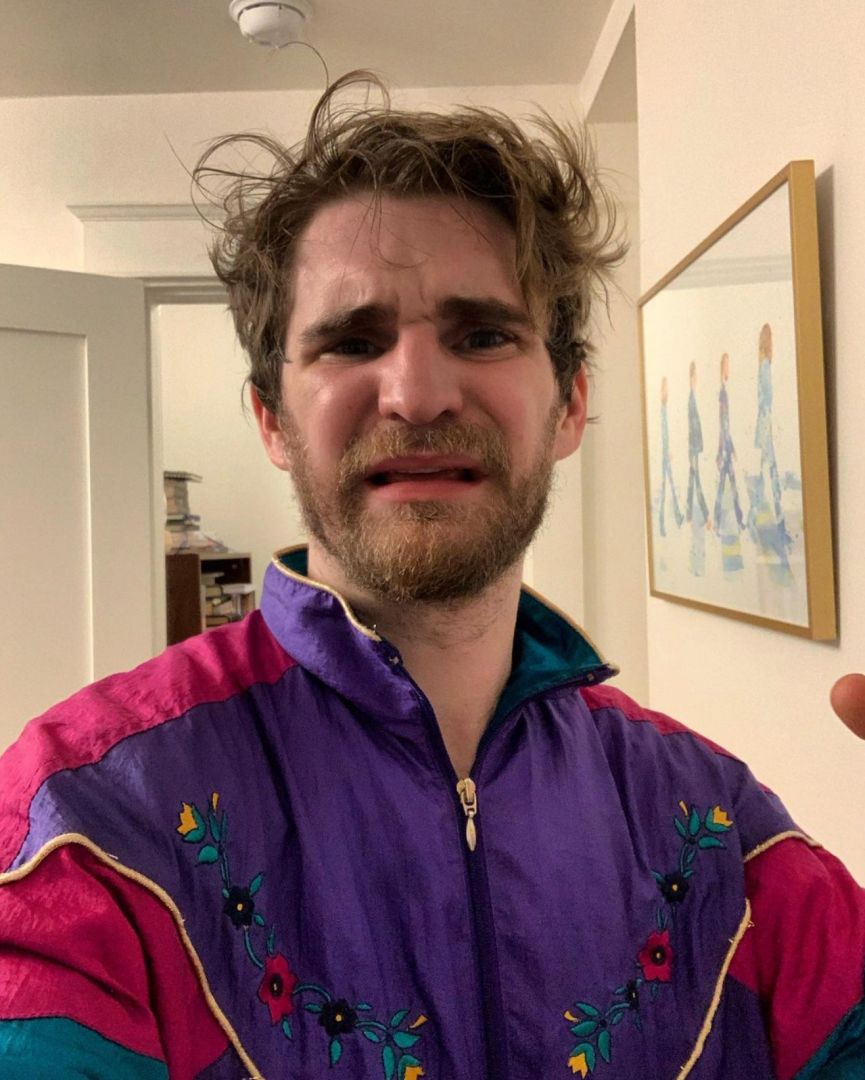 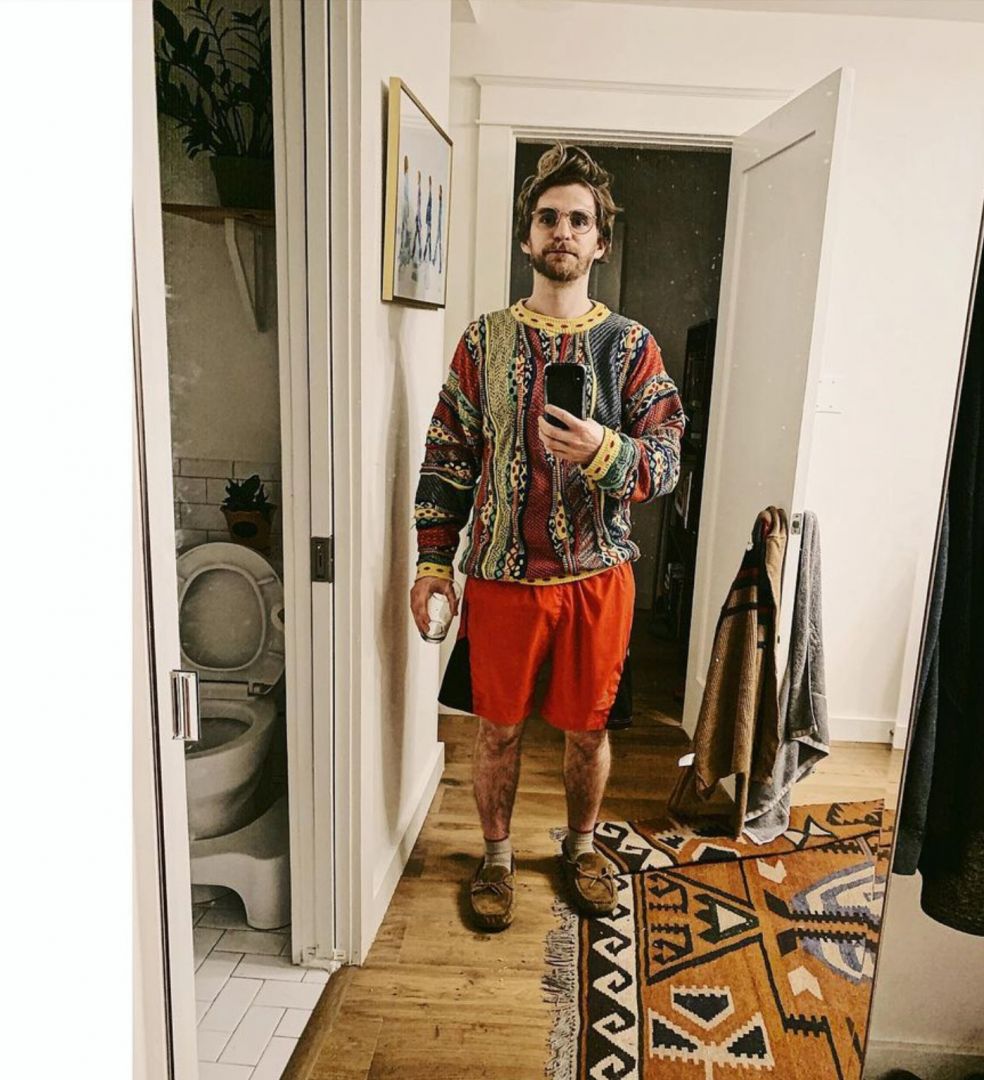 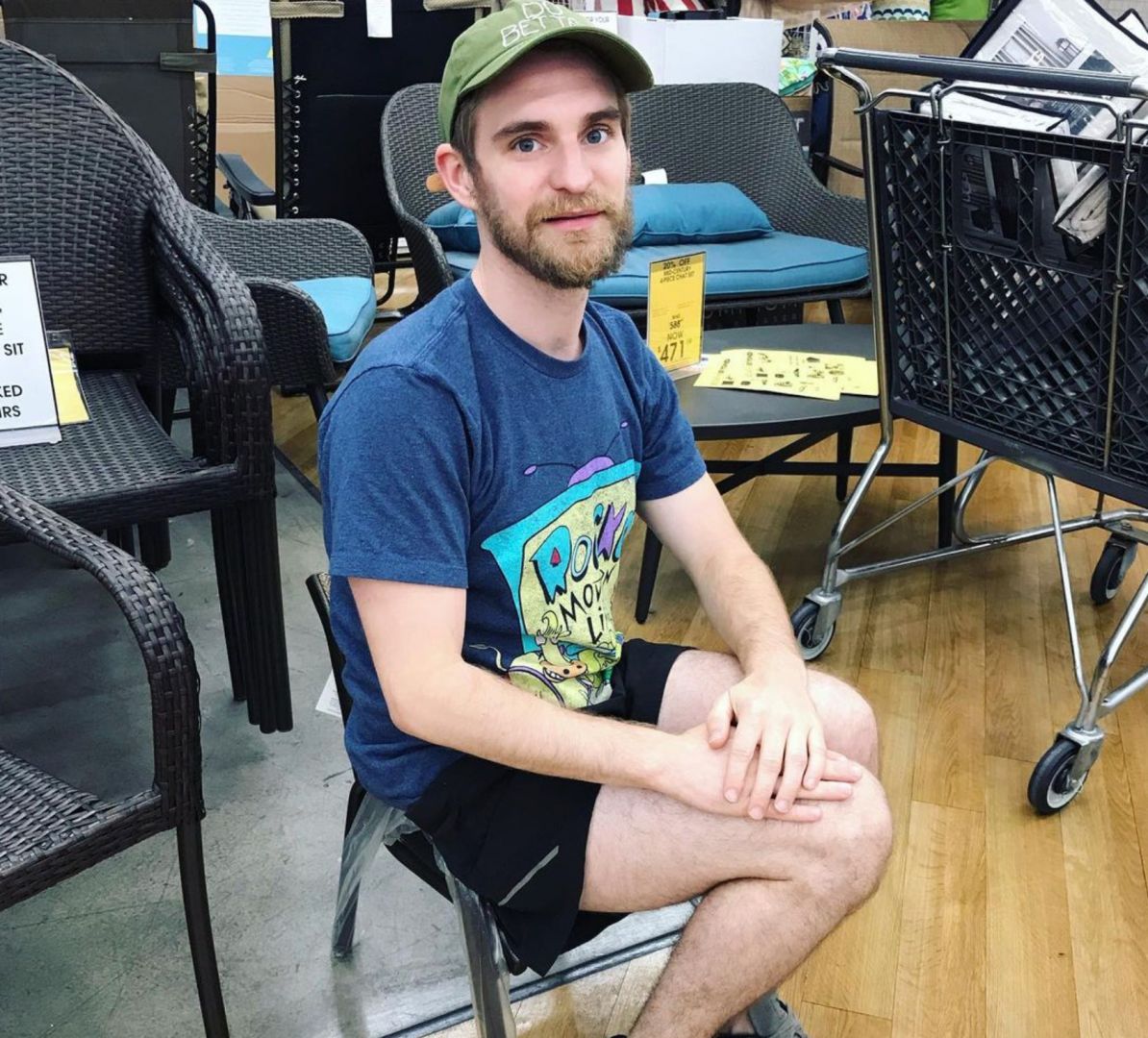 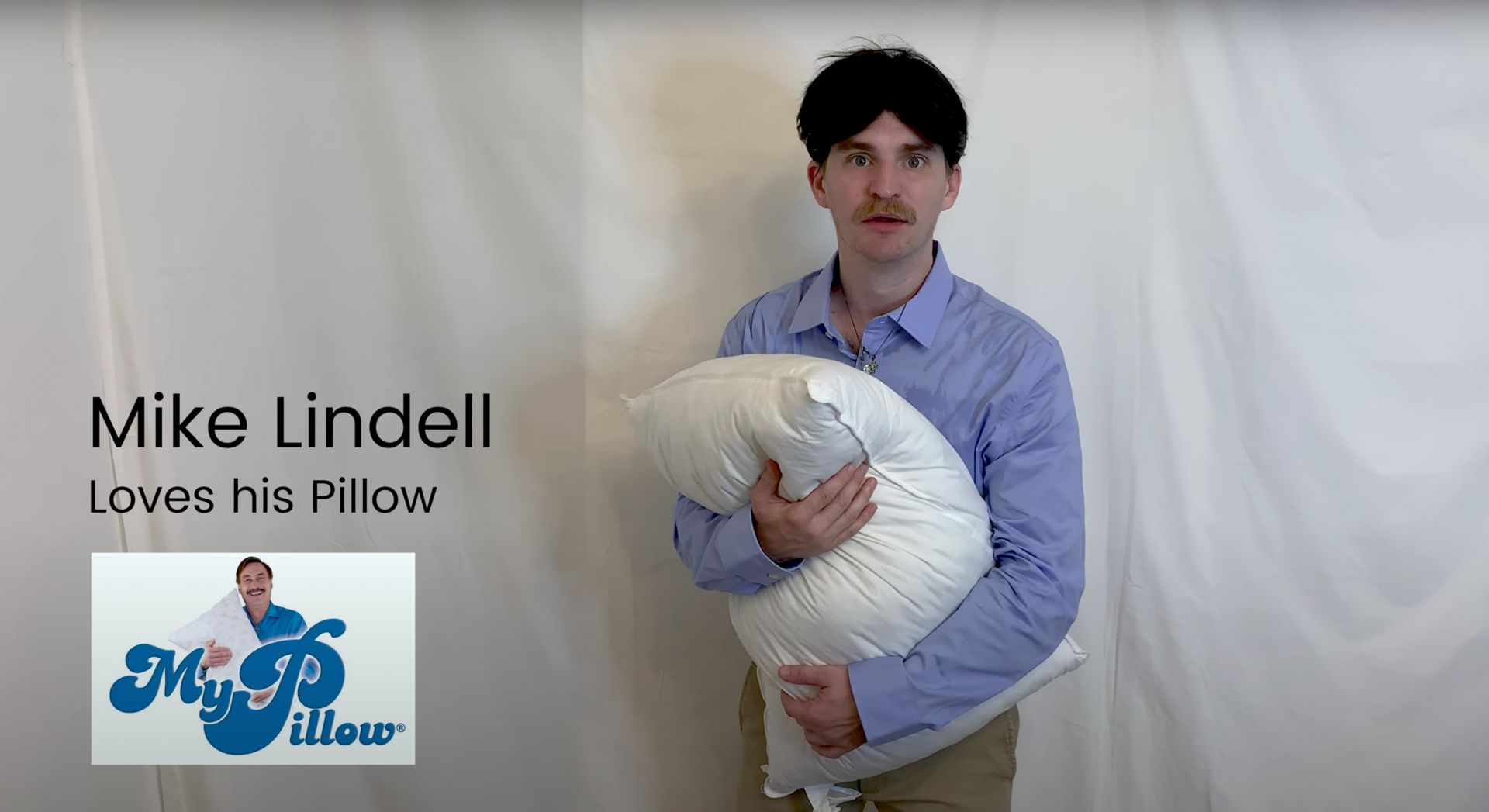 Who else deserves some credit and recognition?
Oh f*ck – I mean literally I could name at least a dozen without thinking, so actually I will: Joyce Spletzer, Greg Cleveland, Kim Paulin, Doug Bevier, Bree Corcoran, Ryan Anderson, Olivia Taylor, Ben Scattone, Dave Farese, Alex Ford, Calvin O’Neal Jr, Dave Lawrence, Jim Nieb, Natalia Castellanos, Margie Haber, Brandon Gardner, Jenna McGrath, my entire family, basically anyone who’s ever been on Mad TV or SNL, and like probably 24 other people). But I think if there’s one consistent thread of encouragement in my “story” (that I hope is only just beginning), it would have to be my sister Melissa Nufer Saint Clair (yes parents, I love you and you deserve recognition too, but just let sis have a moment here, she’s earned it).

I recall vividly, when I was about 13 or 14 sitting behind my sister in her car quietly singing along to some song (probably Jason Mraz) and she said to me “woah, you have a good voice brother”. My sister is about 11 years older than me and reached most of the heights one can possibly reach in high school choir, so this felt like high praise. Now for the record she was very wrong and while I can carry a tune, my voice sounds more like a broken garbage disposal with a vaguely perceptible ear for pitch and tone, but that didn’t matter–the fuse was lit. So I spent the rest of my adolescent years certain that a career as a singer was not what I wanted to do, but what I was absolutely going to do–I remember at one middle school party, I stood in front of the boombox (yeah I’m sort of old) so that I could only play Usher, just quiet enough for people to hear me sing over it for like a full hour (it was a proud MFing moment in my white male life). Anyway, there’s a biography worth of details between that moment and today, but for the sake of the 2021 attention span, I’ll simply say this: since then she has been my unquestionable supporter in all of my creative pursuits. Now don’t get me wrong, if it’s shit she’ll tell me it’s shit, but if it’s passable (whether it’s a song, a screenplay, an acting performance, etc) she celebrates it more than I’m even willing to. But more than anything, and this is the important bit so if you’re skimming, start reading now: she normalized non-tradition for me. She normalized calling myself an actor, writer; she even normalized calling myself fluid. Because that’s just who she is as a person, she wants you to feel “normal” no matter what you are. And it’s that kind of support that we need in this world. Not listless congratulations or the antithesis, over-exuberant, flatulating support; but real genuine celebration of being who you are and the confidence that even if you’re not who you want to be yet, you’re doing a damned good job on the journey. I would have quit without having that support, so while so many people are to thank (or blame) for where I am today, I would have stopped a long time ago without my sister. So thanks, Sis (now, never talk about this again or I’ll legally have them redact this entire story.)