We had the good fortune of connecting with Dave Mau and we’ve shared our conversation below.

Hi Dave, is there something that you feel is most responsible for your success?
That could be a little difficult to be objective about but I’ll take a shot at it. By that I mean my internal process/formula for success might be considerably different than what is perceived by others. But if there is something I truly hope is translated through the execution of my craft it’s a genuine and deep seated love of people. In the restaurant industry the public will drive you crazy, that’s no secret. But, for me at least, I’m able to set that aside and make a tactile effort to meet people where they are whether it’s via the plate or pen. Lately I’ve developed an almost child-like enthusiasm for food, sharing stories about why something is meaningful and where that comes from. The narrative part of my experience as a Chef really kicked into high gear a few years ago when I was looking into some family history. My ancestors emigrated to Sonoma from France in 1849, settling there and helping establish early wine making along with the Vallejo family. This really gave me pause to consider this legacy and how my own story should connect with it, Hence my love of culinary narrative in all its forms. It’s like I always tell young Chefs cutting their teeth in the kitchen – the “How” is easy. Anyone with basic knowledge and abilities can be a good Chef, possibly even a great one. But getting your head around the “Why” is where the magic happens. You can tell a mile off when someone prepares a dish because they really care versus trying to prove what a badass they are. So that’s what I think is important about my journey so far. I don’t have it all figured out in the kitchen, far from it. In fact, the longer I do this the more I realize how little I know – but that’s an amazing gift, one beyond words really. But I care, a lot, and that’s what really counts. After more than three decades one might think the opposite would be true but for me the cultural investment I have in my given vocation(s) has grown exponentially. 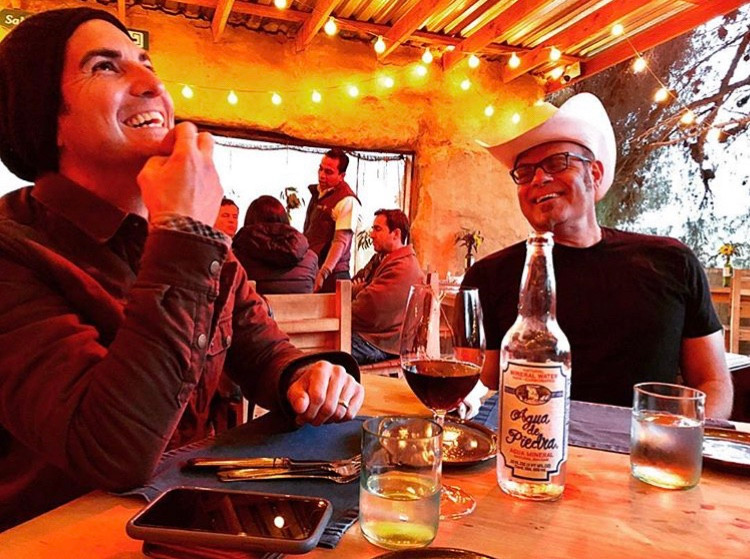 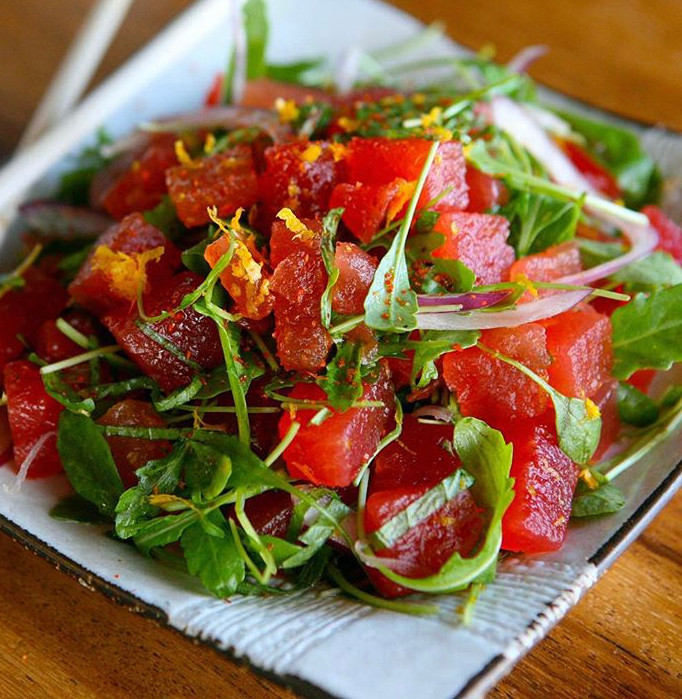 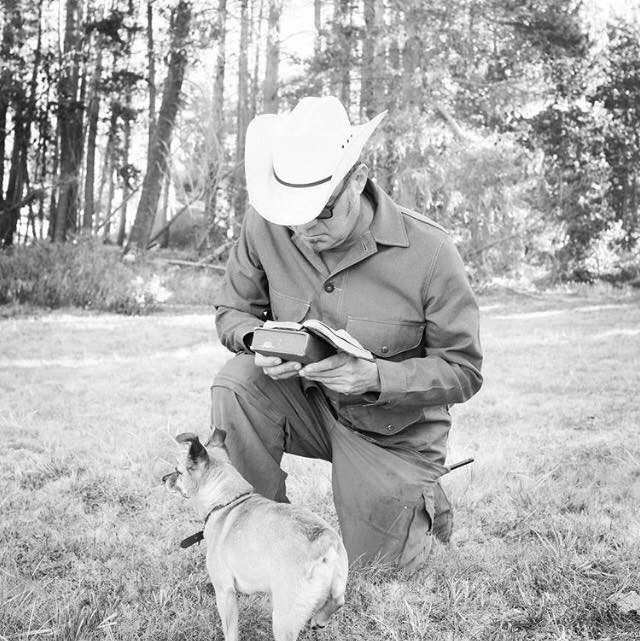 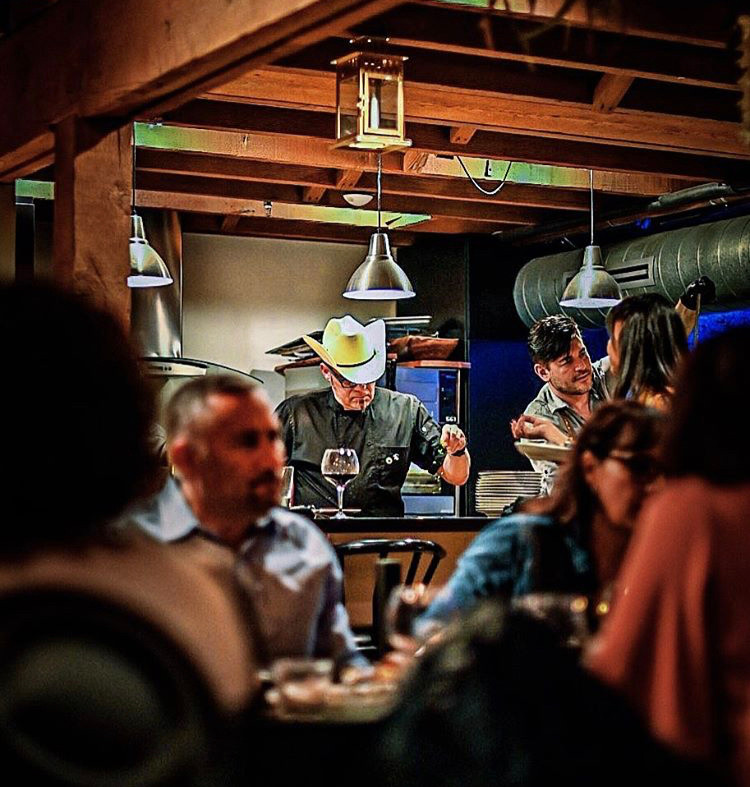 Alright, so let’s move onto what keeps you busy professionally?
I like to think of myself as a communicator via food whether it’s visual, the written word or in the actual preparation of cuisine. It’s a tough spot to navigate at times but thankfully I’ve been blessed with a variety of professional experiences outside the immediate realm of the kitchen. I actually have a degree in film and worked the production side of the movie business. There’s a little known parallel between the two coincidentally – there is no such word as “can’t’ on set or working the line, you just have to figure it out. I also have a strong photography background that started off as a creative lark when I was a kid shooting rock and roll. I went on to pursue more “serious” forms of it later doing editorial work and spearheading the food photography for all of Disney’s West Coast properties – as well as may other clients. I added the food writer part to the equation when I came onboard with the OC Weekly. Some refer to me as “the Anthony Bourdain of Orange County”, I’m not sure if I’m buying into that one but I do tell it like it is – ugly or not. My most recent efforts to that end have been via several SoCal based podcasts. All that is on top of 25 years working summers in the High Sierra near the John Muir Trail cooking for cowboys and hikers alike. None of it has been easy by any stretch, a lot of it has had to do with me biting off more than I could chew – pun intended. But the rigors of multitasking seem to suit me. I do, however, always circle back to the realm of Chef which is where I am focusing now via my agency and private placements. All these elements have come together to build this current role and I simply could not be more fortunate.

If you had a friend visiting you, what are some of the local spots you’d want to take them around to?
Oh man, where to start, right? I’d give them a little regional tour I guess. Maybe start in San Diego at La Posta for their infamous “special quesadilla” after a long day surfing. Head up the coast from there checking out the Spanish Mission system (and waves) along the El Camino Real. If you’re looking for the real nuggets of what makes California what it is culturally and historically the locales that tell the tale are generally along this route. That would include a stop at Olvera Street for stroll, some taquitos at Cielito Lindo (with their epically trashy avocado salsa) and pay a subdued visit to the Dolores Basilica to watch the locals practice their vigil in the Transept. Of course a trip to Phillipe’s would be in order before grabbing our full suits and heading north to surf the chilly waters of Malibu, Ventura, Santa Barbara and San Luis, camping and grilling along the coast the whole way like a couple 18-year old kids with a summer to kill. Then dive across to Fresno and take a nice, long drive down the 99 checking out all the great taquerias, old Basque joints and local dive bars – that stretch of California has some really unsung spots. Then up and over The Grapevine (with the obligatory visit to Fort Tejon) before returning to the LA basin. And the last night? I’d spend it downtown at the LA Athletic Club for a swim, steam and much needed post-roadtrip shower then Uber around Downtown seeing what the locals are up to. 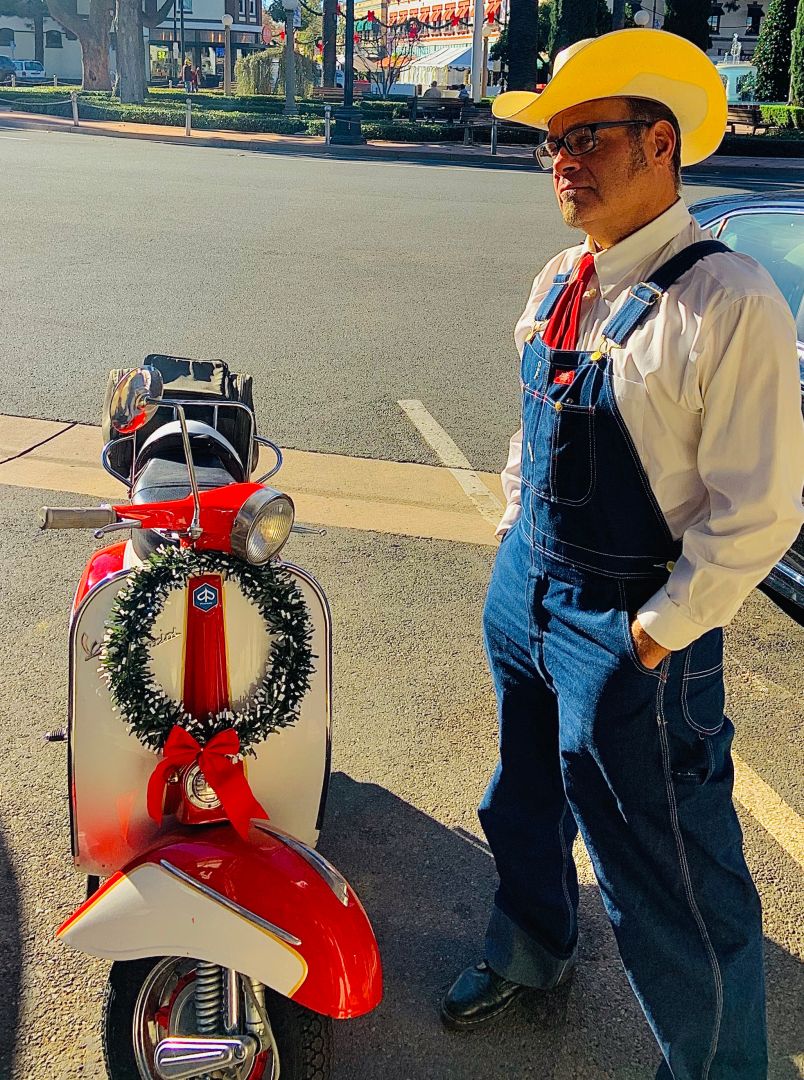 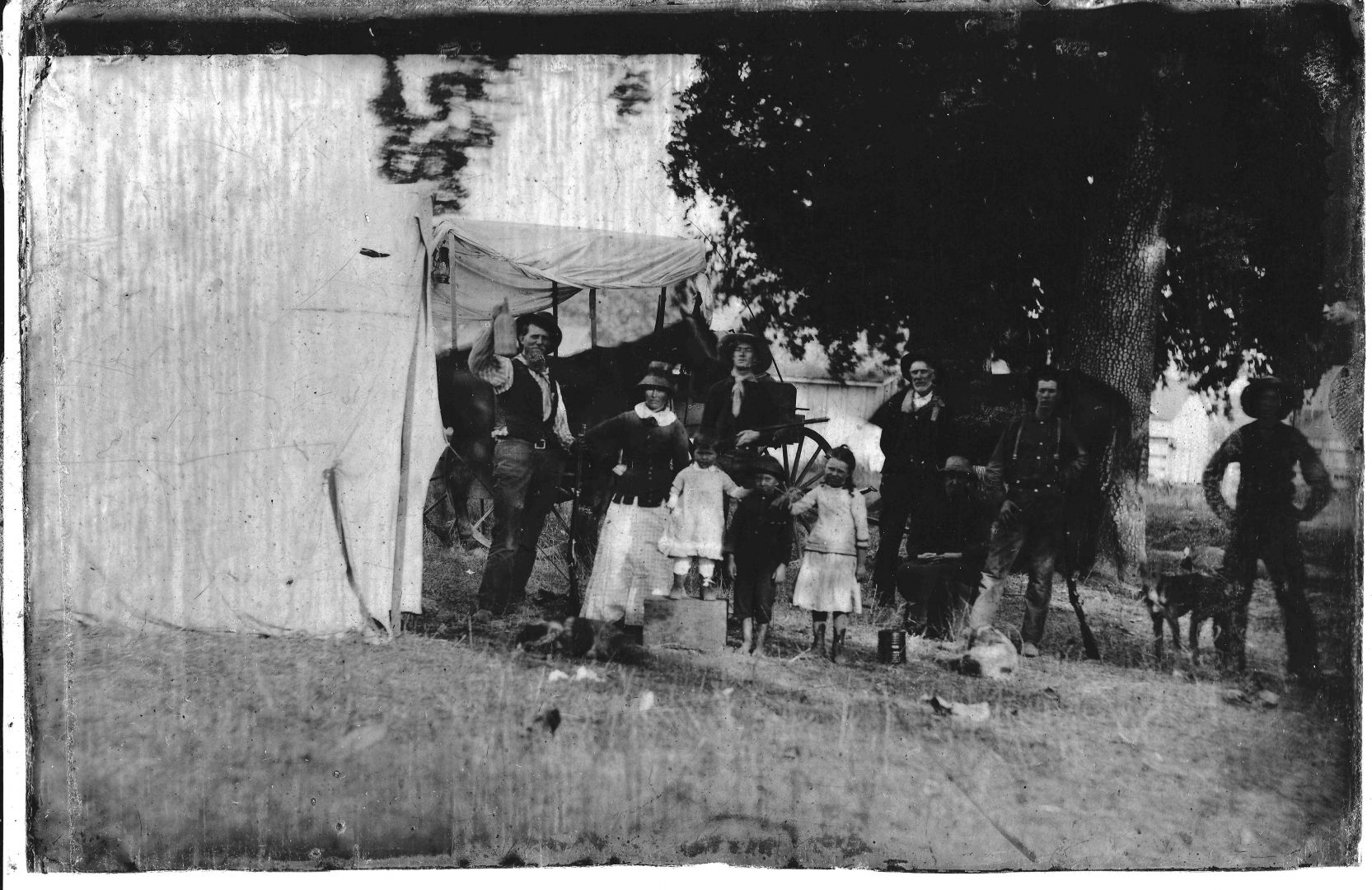 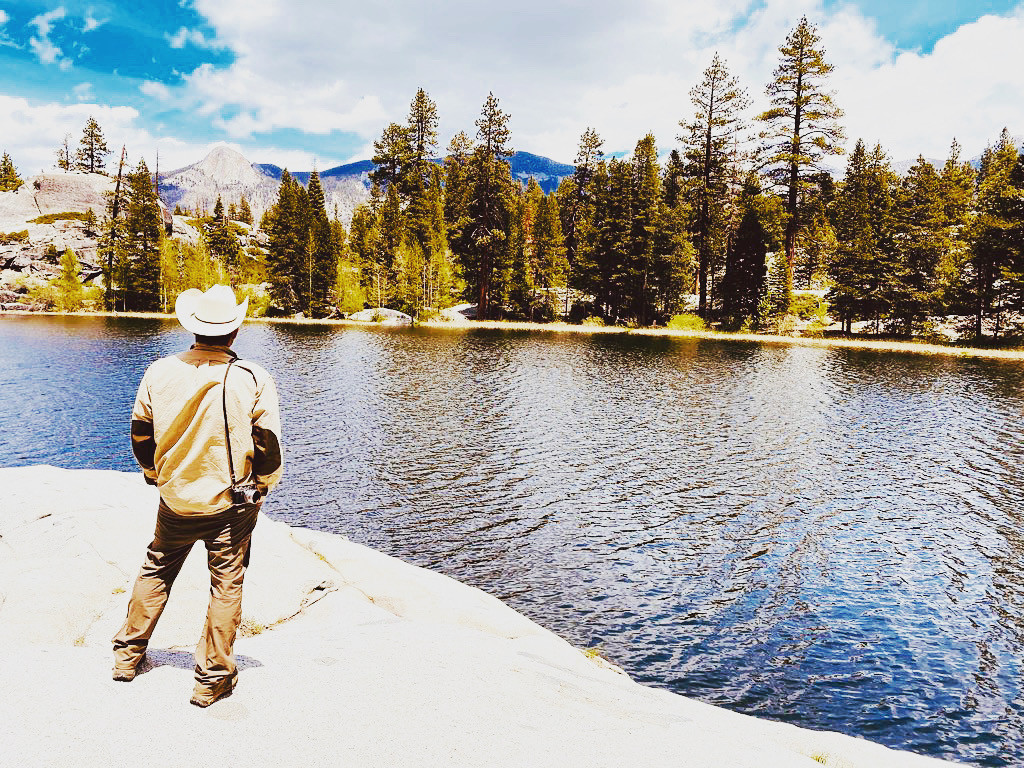 Who else deserves some credit and recognition?
That would have to be my late brother Christopher Robin Mau who I lost more than 11 years ago. He’s been on my mind more than ever in the kitchen of late. I talk about him all the time and have written a couple articles about how he influenced my culinary style. He was easily the best natural born cook I’ve ever known. Would he have become a great Chef in the classic sense? Possibly not. But he was handy as hell and the way he approached ingredients/process was graceful in it’s lack of presumptiveness. When I say I’ve been thinking of him more it’s because I’ve been very fortunate to work with some truly gifted Chefs recently. and have been exposed to a range of ingredients and techniques I didn’t even know existed. But lately I’ve been channeling my brother, taking the experiences I’ve been blessed with but executing them like he would. He had a flawed glory to cooking that was kind of hard to describe, but if the journey didn’t make sense the end product surely did. Also on my mind lately are all the people in the kitchen, including my epic Sous Chef Claudia Santiago, who I’ve had executing my madness over the years. The front line troops in the kitchen are easy to overlook when things are so nuts you don’t know up from down. But if it wasn’t for them even the most gifted Chef couldn’t turn process into product. They make the magic happen, we just get all the credit – deserved or not.