We had the good fortune of connecting with Dave Trudell and we’ve shared our conversation below.

Hi Dave, why did you pursue a creative career?
I was passionate about movies, books and music as a young boy. On a boring Saturday night in a small town, I’d secretly act out entire movies in my bedroom, playing all of the characters. An elementary school teacher approached me one day and asked if I’d like to be the lead in our school play. Although I was very young, my first performance before a live audience electrified me. I loved the interplay between actor and audience and remember thinking: “can I do this for a living?” Something clicked. Now, as an adult, I can definitively say that the most rewarding thing about a creative career is the human connection. A mentor gave me a great piece of advice in my earlier years as a writer and solo performer: “your performance isn’t about the spotlight being on you, it’s about the spotlight emanating from you onto the audience.” 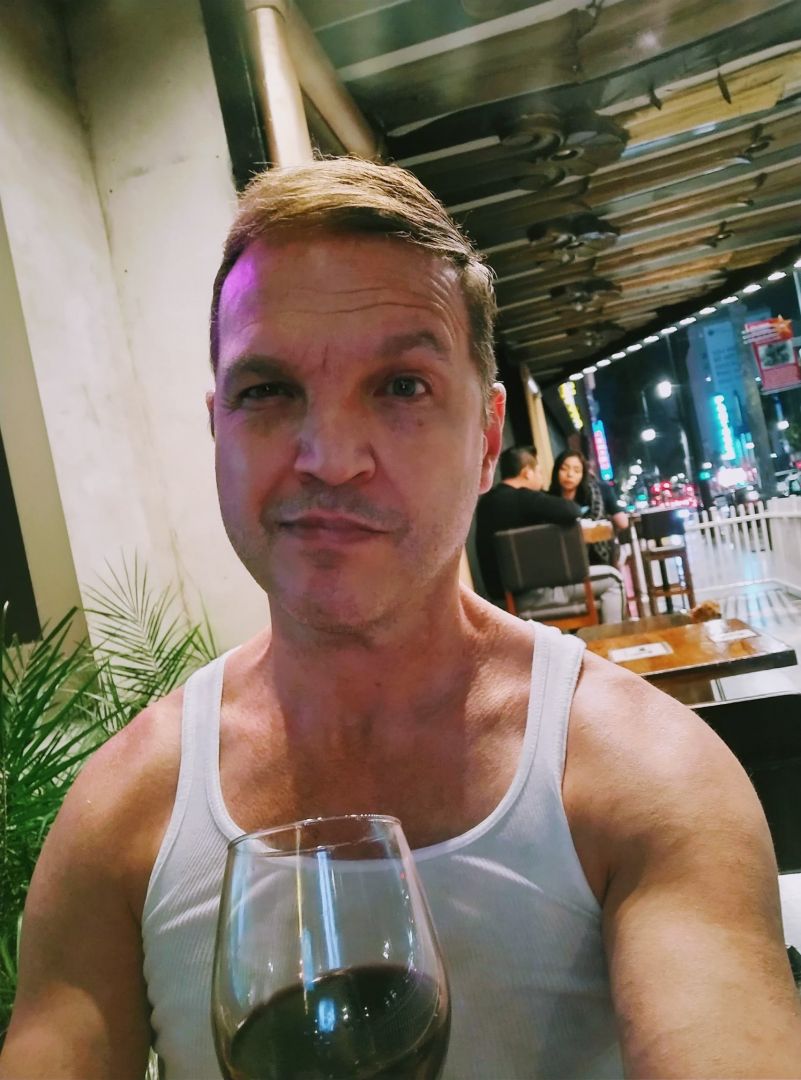 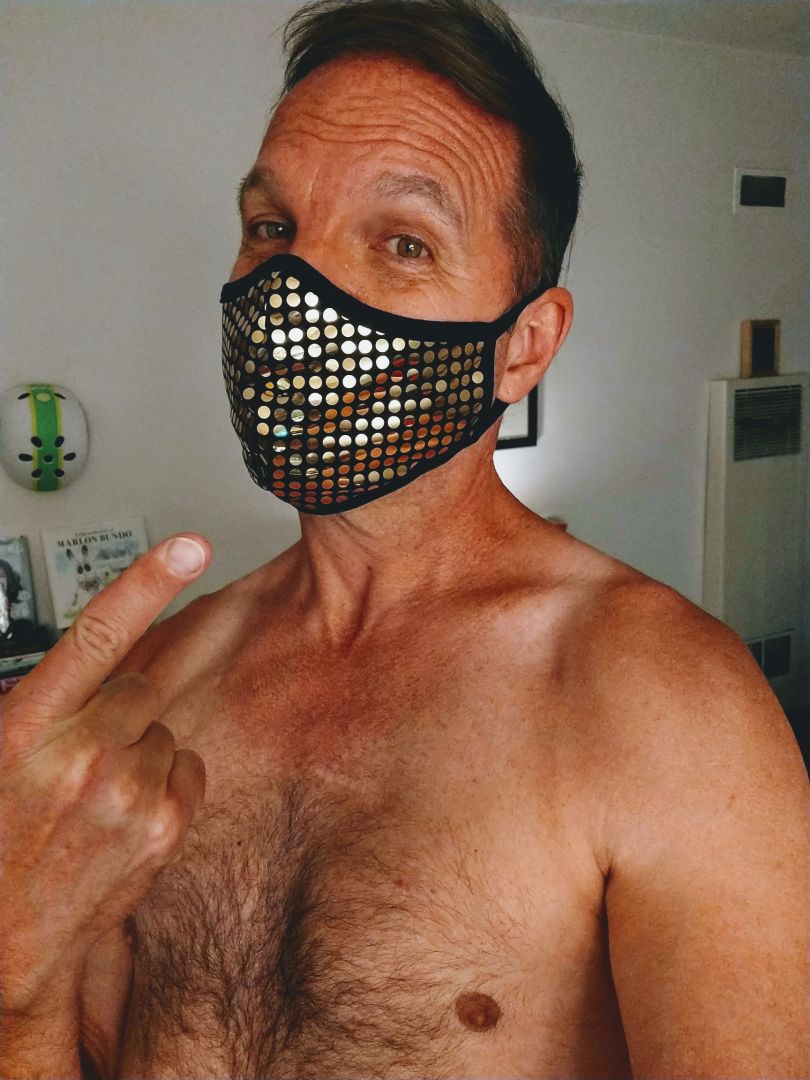 Alright, so let’s move onto what keeps you busy professionally?
I write and perform solo shows that are predominantly comedic but deal with serious issues like queer identity, gender, sexuality and race. My stories are personal and intimate and sometimes they’re really embarrassing, but I find that comedy can disarm an audience and make difficult subjects more accessible. Although I’m queer, I benefit from being a white cisgender male and incorporate that perspective into my shows. After all, the queer community is not a monolith. It’s easier now to be an openly queer performer but there’s still a lot of work to do. When I was a new actor in the early 90s, I was coming out and realized that I had to make a decision: to be out or not? I chose to be “out” and began studying with queer acting teachers and immersed myself in the queer theater scene. It may not have always “paid the bills,” but it was ultimately more rewarding, not only on an artistic level, but on a personal level as well. I’m currently writing my first pilot which is a comedy/drama that bridges all of the themes I explore in my solo shows. 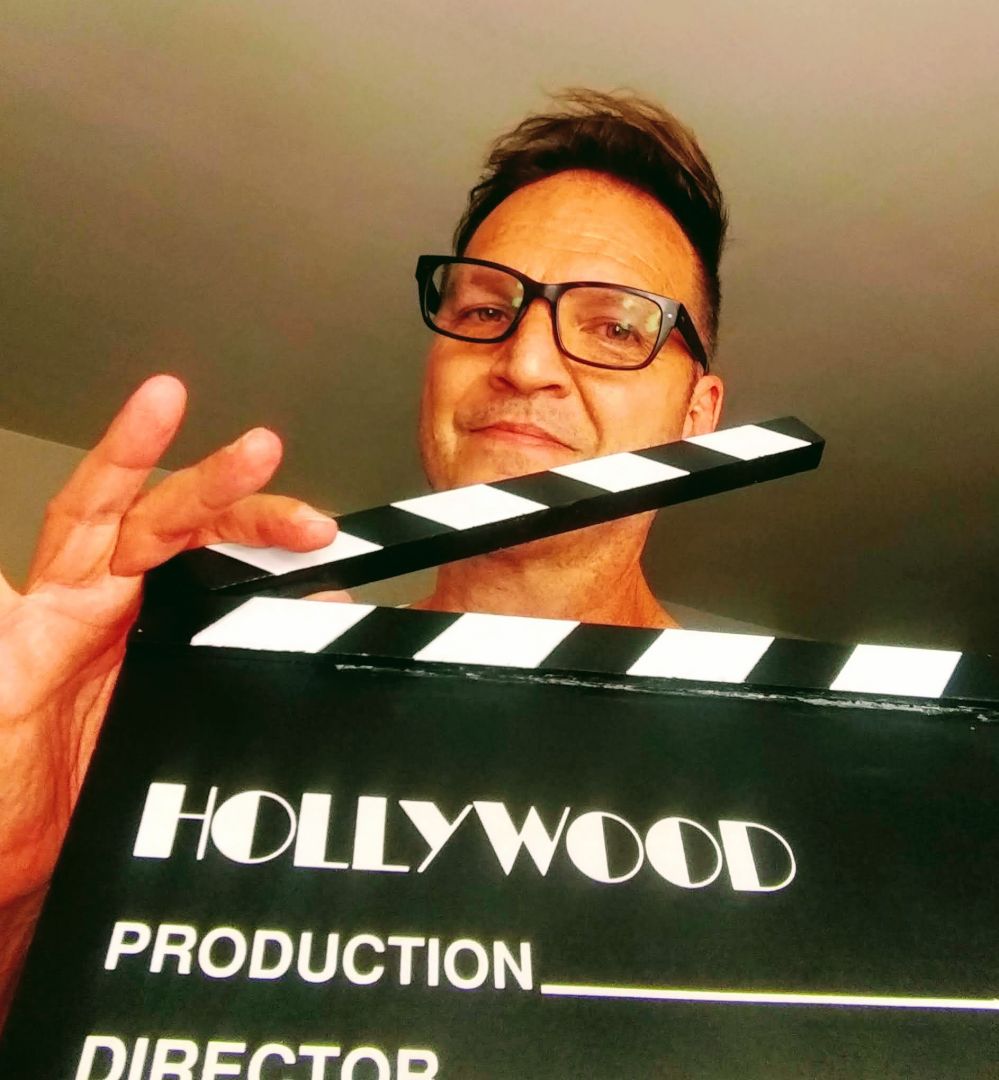 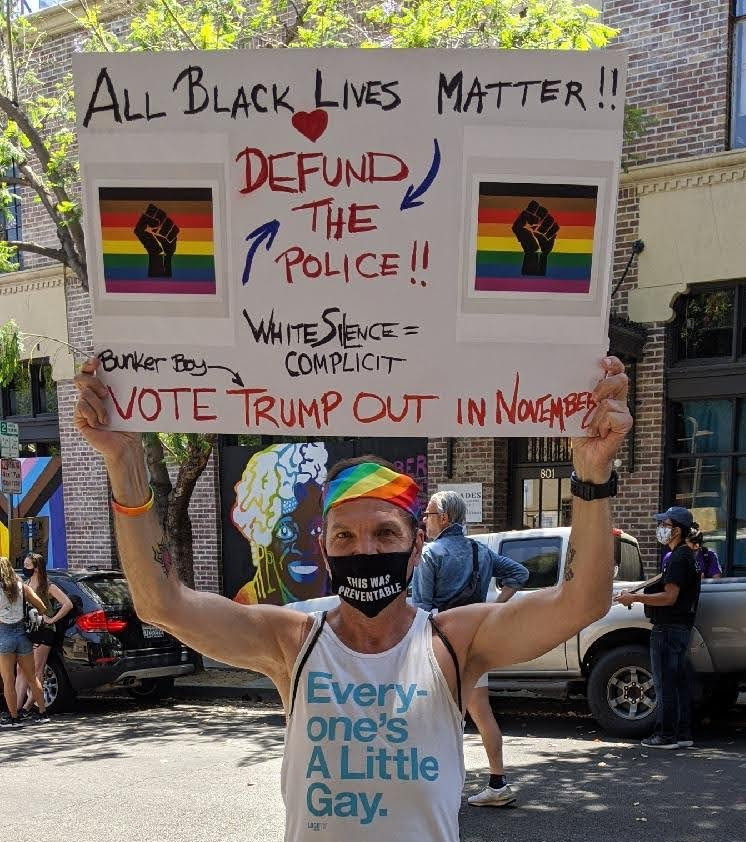 Any places to eat or things to do that you can share with our readers? If they have a friend visiting town, what are some spots they could take them to?
In the mornings we’d have breakfast at the 101 Coffee Shop, The Good Neighbor, El Tepeyac (DTLA), Post and Beam, The Sunny Spot and The Alcove. In the afternoons, we’d go strolling along Venice Beach, shop in leimert Park, visit The Getty, walk through LACMA and hike through Griffith Park. For some day drinking fun, I’d take them to Mama Shelter, Blue Palms Brewhouse, Perch, Ye Rustin Inn and Kitchen24 Weho. To soak up the alcohol, I’d take them to ixlb Dimsum Eats in Hollywood. At night, I’d take them to Casita del Campo, Mission Cantina, Musso and Frank Grill, Post and Beam, El Coyote and Jitlada. After dinner, it’s always nice to have a nightcap at Akbar, The Thirsty Crow or The Dresden Room. If my best friend is visiting during the summer, I’m taking them to the Hollywood Bowl. It’s one of the most unique and beautiful outdoor venues. They’ve really improved the acoustics. It’s a magical experience. One of the great things about L.A. is that the “trendy” places don’t really reflect the true nature of Los Angeles. Sure, some of those places are cool and fun! But the true nature of L.A. is reflected in the places that are landmarks and fly under the radar. 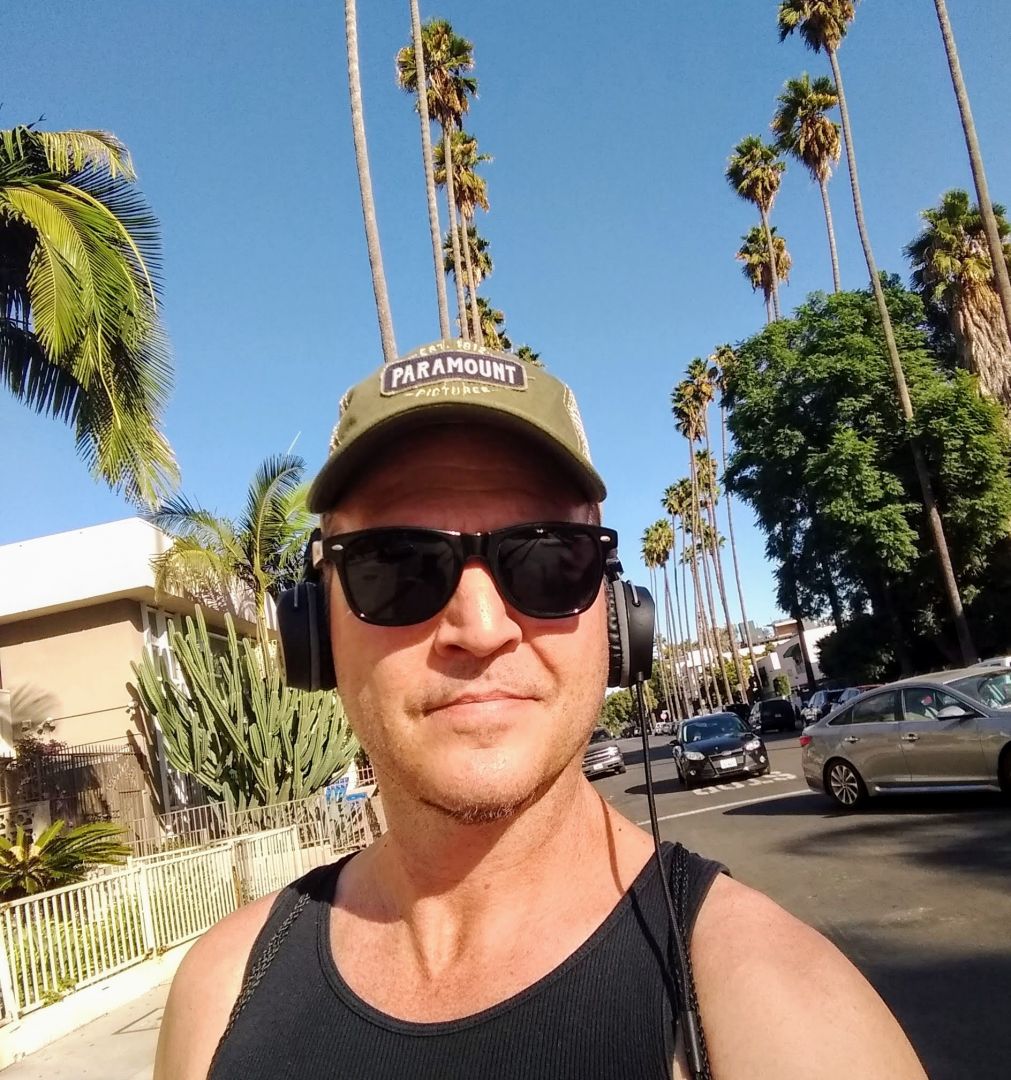 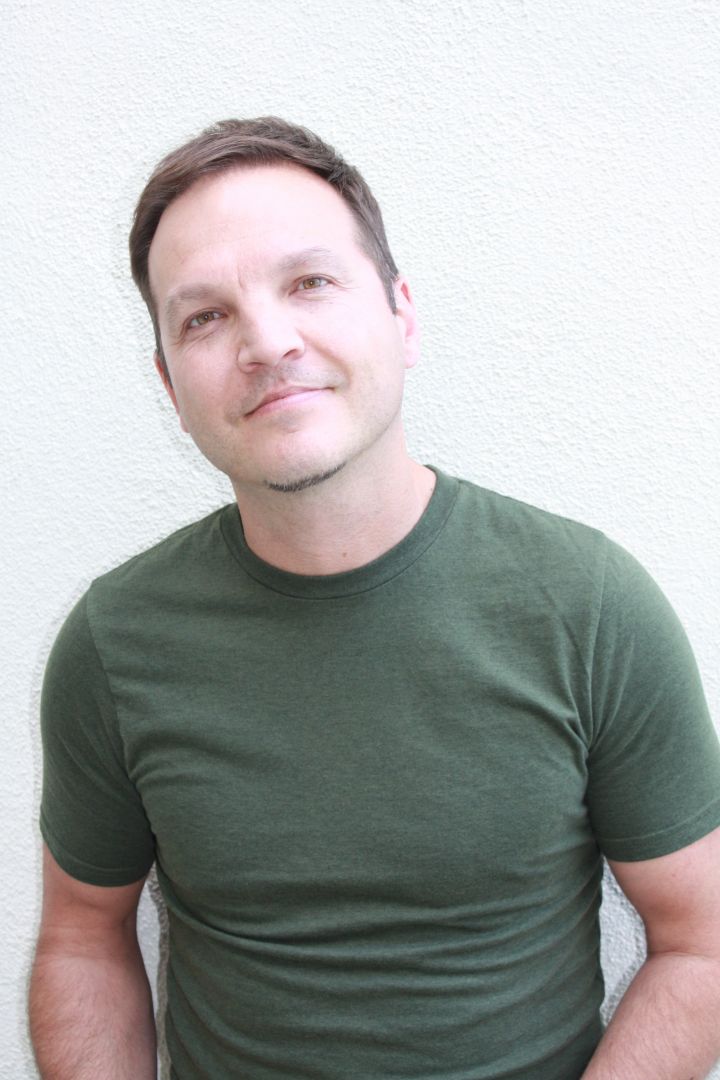 The Shoutout series is all about recognizing that our success and where we are in life is at least somewhat thanks to the efforts, support, mentorship, love and encouragement of others. So is there someone that you want to dedicate your shoutout to?
In 2011, when I was going through a creative slump, my friend Gil Feroli encouraged me to start writing my own material, which I had never done before. I signed up for a solo workshop at the Skylight Theater in Los Feliz. The leaders of the workshop, Michael Kearns and Tony Abatemarco, pulled me aside after a few weeks and encouraged me to pursue this new career. After performing a 10 minute comedic monologue about Grindr in front of Gary Grossman, the artistic director of the Skylight Theater, they decided to produce my first solo show. Michael Kearns has directed me in 5 of my solo shows and has been an invaluable artistic comrade. He pushes me to dig deep and never censor myself.