We had the good fortune of connecting with Elbows and we’ve shared our conversation below.

Hi Elbows, what is the most important factor behind your success?
When I think of my “success” it’s not based on this external marker of, oh I have this many listeners, or am on this playlist, or played this festival. Of course that can be an aspect of success. But for me, I like to create things – music, visual art, film, clothing, items, whatever – so success in its purest form is just about completing the idea, finishing what I set out to make. In that sense, the most important factor is time – taking time, dedicating time, spending time. I don’t think of myself as a slow creator necessarily, but I’m very detailed oriented, and what I like to make is usually pretty expansive – if I’m recording a song, I’m gonna also want to create the cover artwork, and direct a video. So to successfully accomplish those creations, it’s all about devoting time to creating and seeing it through to the end. 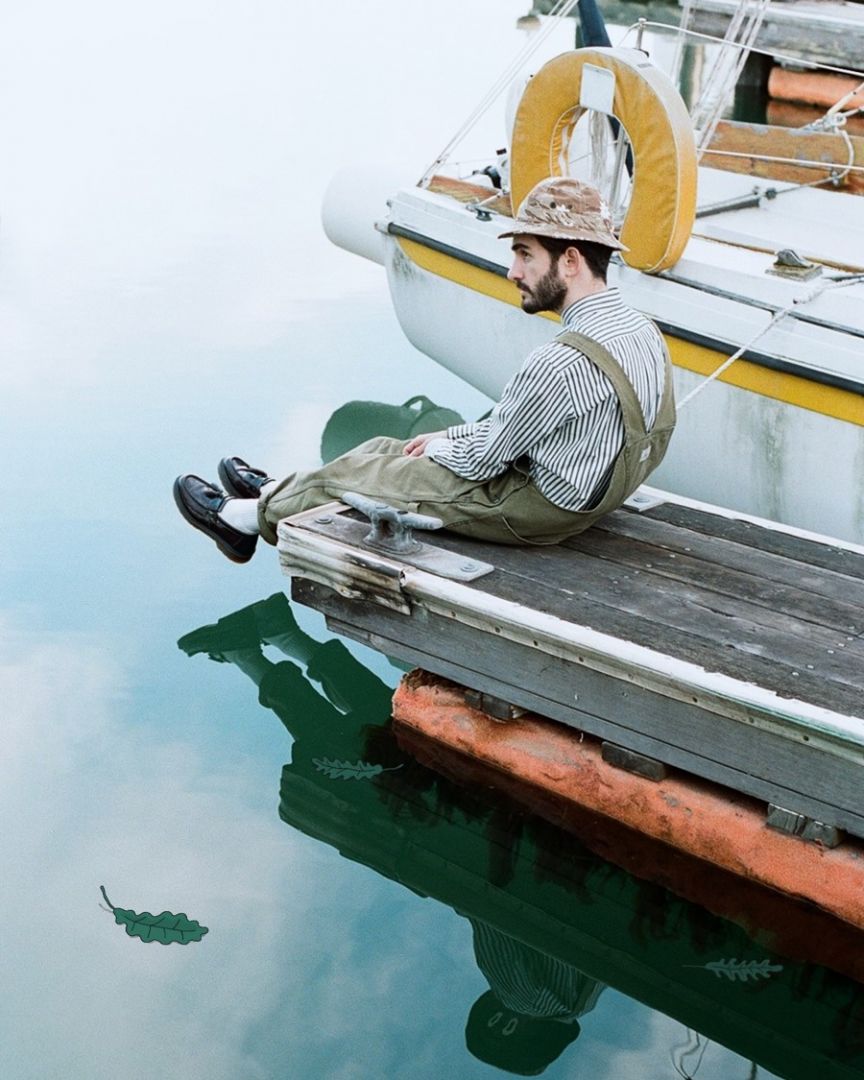 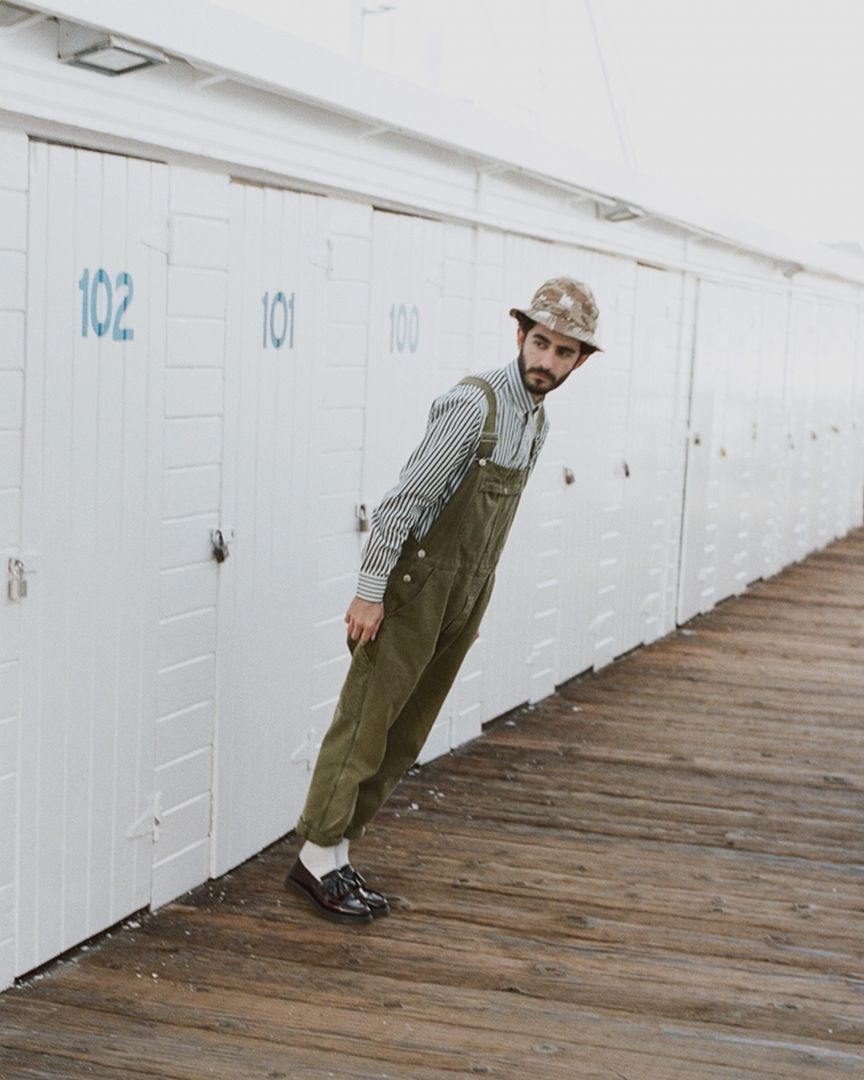 Let’s talk shop? Tell us more about your career, what can you share with our community?
What I want the world to know is that this year, the year 2021, I am releasing my debut album: ‘Tales From The Old Mill.’ It’s a massive project – a 59-minute album, a short film, and an illustrated lyric book – that I’ve been working on for more years than I’d like to disclose, and that I am stupidly excited to finally get out into the world. The album tells my personal story of returning home to the Bay Area after moving away to New York, and finding a much different place than when I left, in an emotional sense as well as a tangible, physical sense. It’s a story set in the year 2013, so in some ways it’s a time travel story, a journey to the past, told across the different mediums. It’s the search for “home” as a place, and an idea, and a feeling. Sort of like if the Odyssey began at the end, with the return home. And if Odysseus was Jewish. It was… not easy to create. It wasn’t explicitly difficult either, but it required a lot of time to complete – more time than I realized going into it. Because it’s not like you say, okay, I’m gonna make an album and a film and a book, and over the next year you spend every day recording, shooting, editing, drawing. At this point, this isn’t my full-time life. It’s my most-of-the-time life, my as-much-time-as-possible life, but I still work my day-jobs and freelance gigs in order to fund this whole project and just get by. Shoutout to everyone working a day job to fund their music. It’s wild how fast the years go when you’re deep in a project. It can be like you’re in another world. You’re in two worlds – our shared world here on Earth, and then the world of the project. As far as lessons learned, it would’ve been easier obviously, and maybe more beneficial in a short-term sense, to just say, okay, I wrote nine or ten songs, let me record those and release them as an introductory album, and get to this more conceptual, grand project down the road. But my favorite albums aren’t those general, introductory type projects (except I guess the first Weezer album, no denying that one. Shoutout to Weezer). And that was just never my idea, an album like that. In hindsight it’s easy to say, man, could’ve done something simple and fast instead, but it never occurred to me in the moment. So what sets me apart would be my dedication to the album as an art form, the storytelling and thematic concepts, and commitment to creating not just a musical experience, but a full world, where you can listen, and look, and read along, and watch something, and the visuals inform the music and communicate different parts of a greater story. Albums become so intertwined with our lives, and adopt associations that aren’t necessarily part of the music, from the creator’s perspective. Like this one Blu album, ‘Her Favorite Colo(u)r,’ that I always associate with walking around Manhattan during a blizzard, because it soundtracked a very pivotal blizzard-walk experience of mine, even though Blu is from LA and probably wasn’t thinking of snowy New York when he made the album. Shoutout to Blu. With ‘Tales,’ it was like doing the reverse of becoming enraptured with a new album, it was taking my life and unraveling it into these different mediums – music, visuals, video – in an attempt to communicate the same associations and imagery that are contained within the stories.

If you had a friend visiting you, what are some of the local spots you’d want to take them around to?
See, now we’re getting into the tough questions. I’m actually newly a resident of LA, moved here in the middle of 2020. Yes, during the pandemic. My girlfriend – the illustrious singer/songwriter Maralisa, shoutout to Maralisa – and I are both from the Bay Area originally, but lived in New York for the passed ten years. Pre-pandemic we planned to move back to California at the end of 2020, and then after a few months of sitting in our apartment in NY it was like, man, imagine we just sat inside for a few months and then decided to just pack it up and leave? And that’s what we did. Packed up our big fat cats (one of whom has actually lost a considerable amount of weight since moving to LA, shoutout to Voodoo The Cat!), packed up all our instruments and gear, and made the move. So my good-LA-spots knowledge is pretty limited at this point, being that I’ve only lived here during COVID. But okay let’s say a friend – let’s say SKRD is coming to visit. I don’t know if I can give you a full week, but here are some hypothetical highlights: We’re waking up and we’re going for a nice skate. We’re skating over to Cantor’s Deli for some legendary Jewish food. Shoutout to Cantor’s. As a Jewish person, I’ve got to start there. Then as long as we’re on Fairfax I know SKRD is gonna wanna check out some stores, definitely the new Brain Dead spot at Fairfax Cinema. Shoutout to Brain Dead, great brand. Then maybe we’ll pop over to Pygmy Hippo for some vintage oddities and mushroom-themed knickknacks. Shoutout to Pygmy Hippo. Then as long as we’re there maybe we’ll grab a sandwich next-door at Potato Chips Deli. Shoutout to Potato Chips Deli, great chicken milanese sandwhich. Then we’re hitting one of Leaving Records’ “Listen To Music Outside In The Daylight Under A Tree” events that they were doing at Tierra de la Culebra park pre-pandemic, and hopefully will do again post-pandemic. Shout out to Leaving Records. Also, let’s say it’s a warm day when SKRD is visiting, I may call up my Aunt Barbara – shoutout to my Aunt Barbara, she has a pool – and I’d ask her if we could come over and swim in her pool. That’s not exactly something I can recommend the readers of Shoutout LA to check out, but if someone were to independently become acquainted with my Aunt Barbara, then I’d say: see if you can get an invitation to the pool. She’s also got a really silly long-haired cat. Of course we’d get in some other must-do activities – some record shopping, some hiking, some popsicles – but I’ll have to get back to you with the specific spots, once I get better acquainted with the city. 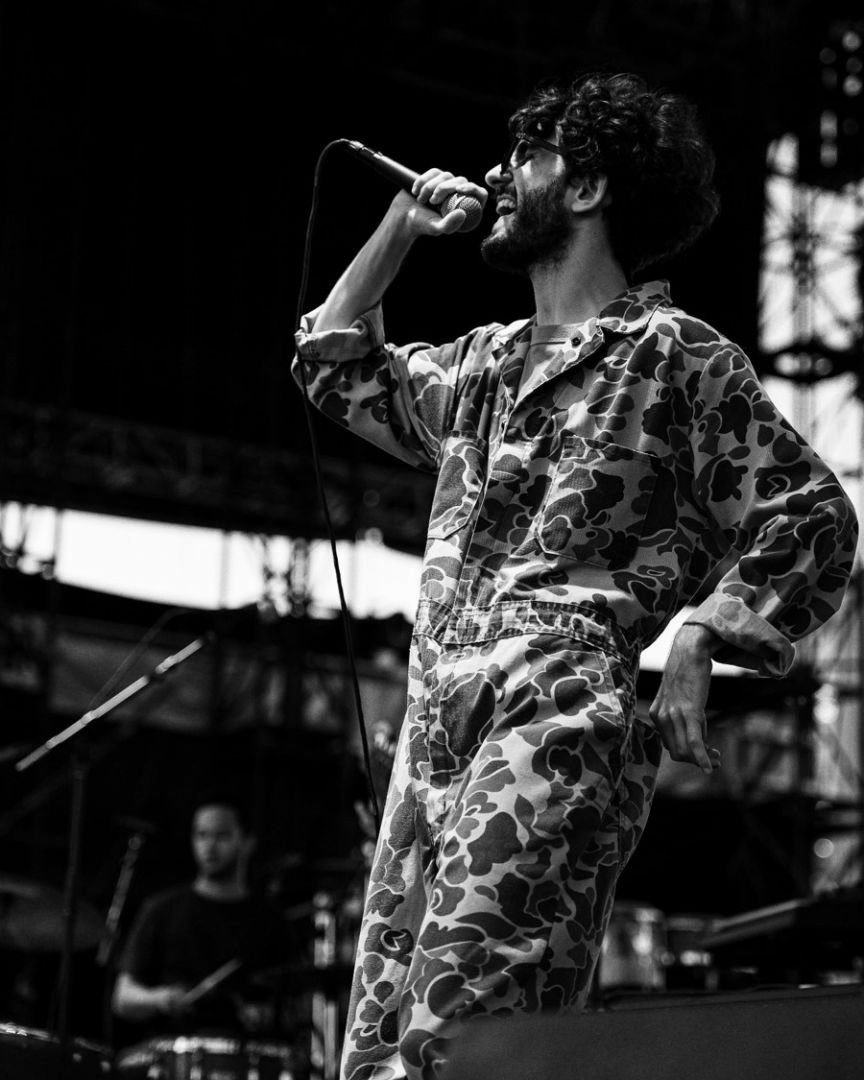 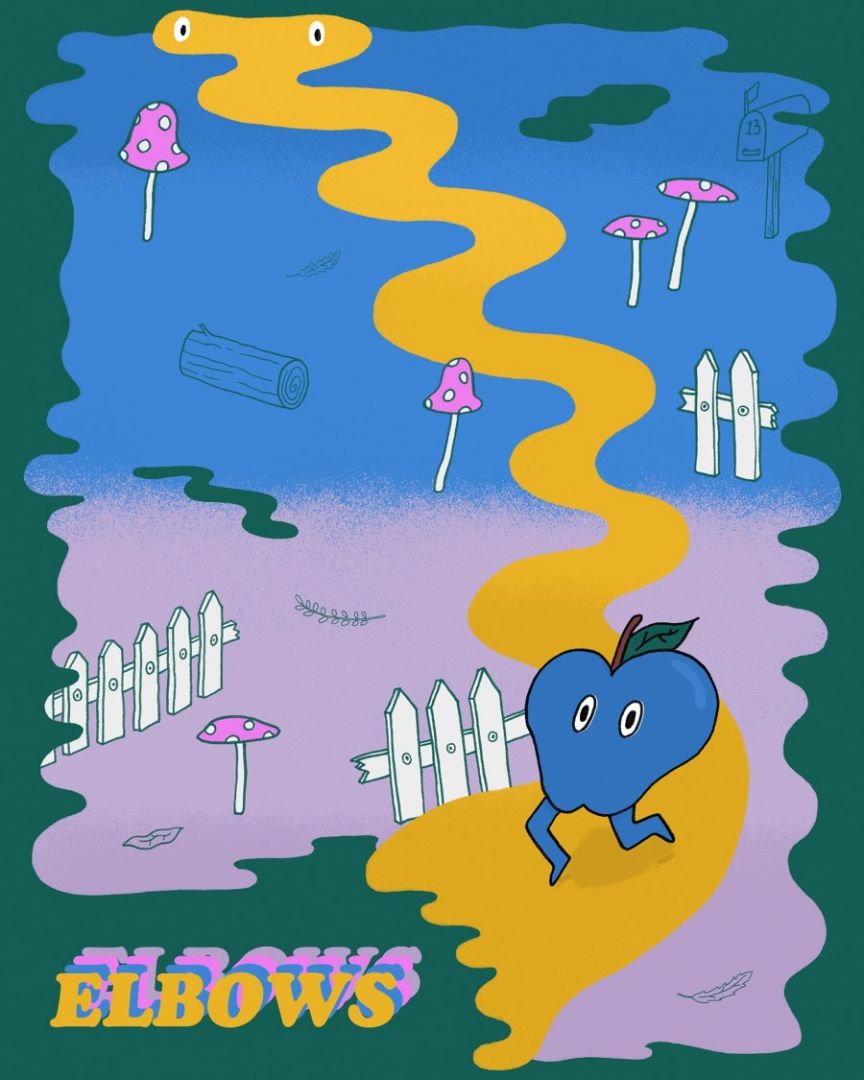 Shoutout is all about shouting out others who you feel deserve additional recognition and exposure. Who would you like to shoutout?
First off, shoutout to my Aunt Linda, just for good measure. As a musician, even as a quote–unquote solo artist, I collaborate with so many different people. My idea of making music has never been about being isolated, secluded in a room, recording alone. Sometimes it’s like that, but my favorite part is working with different people, recording them, getting people to contribute to songs and ideas. So shoutout to everyone who played on my upcoming album, ‘Tales From The Old Mill,’ and in particular shoutout to my friend, engineer, and co-producer, Alex Pyle. We’ve worked together since 2014, recording music and producing songs, and my music would not be what it is without his sonic expertise. In addition to working on my music, his own music as Space Captain (shoutout Space Captain), and a bunch of our other folks’ music, he spent the last few years helping to build this beautiful new studio in Brooklyn, called Electric Garden. So shoutout to Electric Garden. If you’re in New York hit them up, book a session. Also I’ve got to shoutout my friend, the enigmatic SKRD. SKRD is a Brooklyn-born emcee, designer, and overall ideas guy. This guy – he’s got ideas. And for me personally he’s like a big brother. We’re only a year apart in age, but he’s got that big brother wisdom. SKRD is who I turn to with ideas, whether it’s a lyric, a song concept, a merch idea. I like doing my thing as a solo artist and being able to create exactly what I want, as a singular vision, but sometimes there is a certain “committee” element of a band that I miss, and that’s where I really value having someone like SKRD to share ideas with, workshop stuff and get feedback. He’s always encouraging me, always telling me to keep going, to trust my instincts, and believe in my ideas. Having a creative confidant like SKRD is essential. On top of sharing our individual ideas with each other we also love making music together in a producer/emcee-type relationship. We’re working on a few albums at the moment – he and I are very similar in that, you know, he’ll hit me up like, “oh I’ve got this new idea for a song, it’s gonna be for the fourth album.” We’re both very concept oriented, capital-A album people. So we’ve got a bunch of projects in the works, the first of which we’ll hopefully get out later this year.