We had the good fortune of connecting with Elena Viklova and we’ve shared our conversation below.

Hi Elena, how do you think about risk?
We may like it or not, but our life is all about taking risks, starting from a mundane decision on eggs’ style in the morning to more life-changing ones, like entering a new market or a new industry. The only difference is the margin behind it, which could be a mild indigestion in the first case or a complete bankruptcy in the latter one. Decision-making and risk management were my bread and butter for a very long time – apart from my initial educational background in Politics and Economics, I spent more than 12 years in Strategic Management and Finance. It was a pretty fascinating journey that led me to an executive position at a relatively early age. However, at a certain point, the predictability of that path became not enough for me. I calculated how many active working years are left in my life. 30? 35? What can I do within this timeline? I can continue my banking career, or I can discover and build a new one. From the scratch! The idea of experiencing two lives within one was too tempting to say “no.” This is how I shifted from banking to filmmaking. I started with a more logical path to producing and financing first while enhancing my academic knowledge at the Masters of Fine Arts program. But finally, I found what brings me so much joy and excitement – directing. 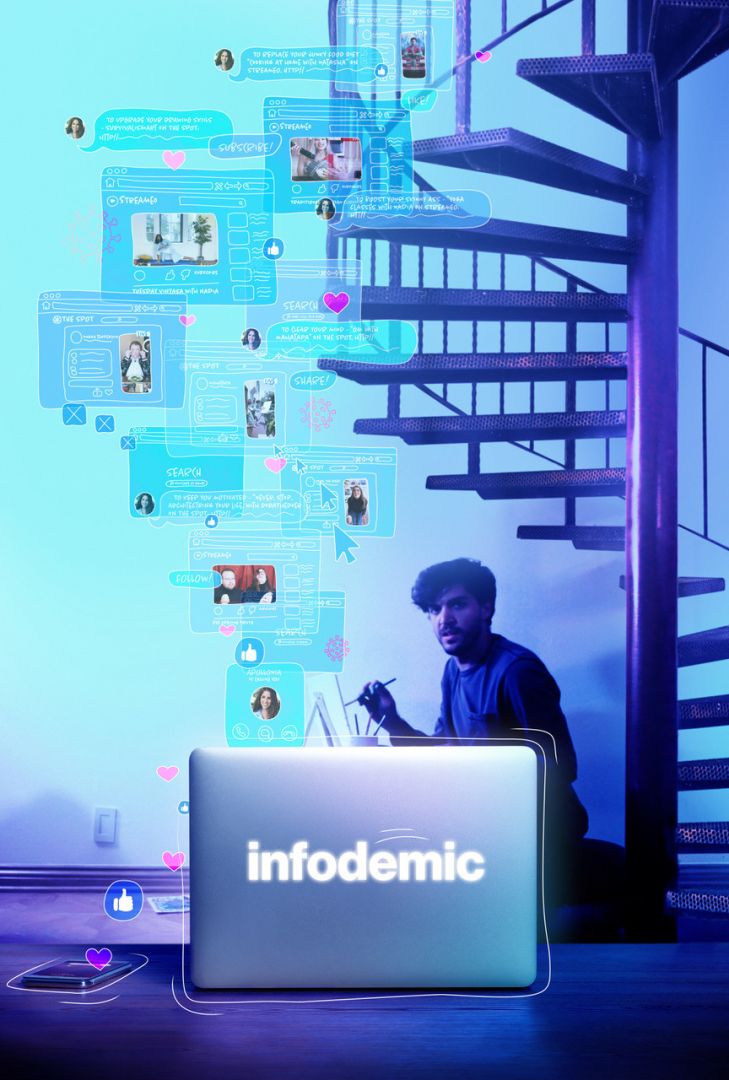 Can you open up a bit about your work and career? We’re big fans and we’d love for our community to learn more about your work.
Being in visual arts, I hate that part of “telling about” my work. If I have to “tell about” it, I didn’t manage to “show” it, which is the worst outcome for any visual artist. I hope that our readers, who didn’t have a chance to watch my debut short “Infodemic” at LAFA, TopShorts, or DigiFest, will have a chance to attend its other screenings to come. For those from the Eastern hemisphere, my second director’s work, a short drama titled “Through her glasses,” is coming this Fall at Disney+ Hotstar. A key lesson that I learned? That filmmaking is not easy. I recall being a very harsh self-made “film critic” whenever I was leaving a movie theatre. But, nowadays, when I deep-dived into the industry, when I devoted time to learn the art of cinema, to get my hands-on experience, I developed a great respect for every filmmaker, for their passion, for their recklessness and courage. I find it very disappointing that many people perceive cinema as part of a so-called entertainment business – there is something consumerist and devaluating in that definition. To be honest, I question that term – entertainment business – in general. There is a highly qualified engineer behind any amusement park ride you take. There is a professional composer behind any ringtone you put on your phone, and there is a passionate filmmaker behind any commercial, music video, or movie you watch.

Let’s say your best friend was visiting the area and you wanted to show them the best time ever. Where would you take them? Give us a little itinerary – say it was a week long trip, where would you eat, drink, visit, hang out, etc.
I am a visitor here myself – the U.S. is my fourth country to reside in. I tend to say that our geolocation is a side effect, a side effect of our private or professional interest. LA became a point of my professional attraction. There are not so many cities that have their brand names, but without a doubt, LA is one of them – the capital of the film industry. You don’t need my advice on finding your way to the Alley of stars, Getty Museum, or Big Studios tours. However, I strongly recommend you to visit those places during your first trip here. Once you cover all the iconic sight-seeings, please take your time to attend one of many indie filmmakers festivals – years later, you might be proud to say that you watched the first film of a new Tarantino, Nolan, or Fincher. 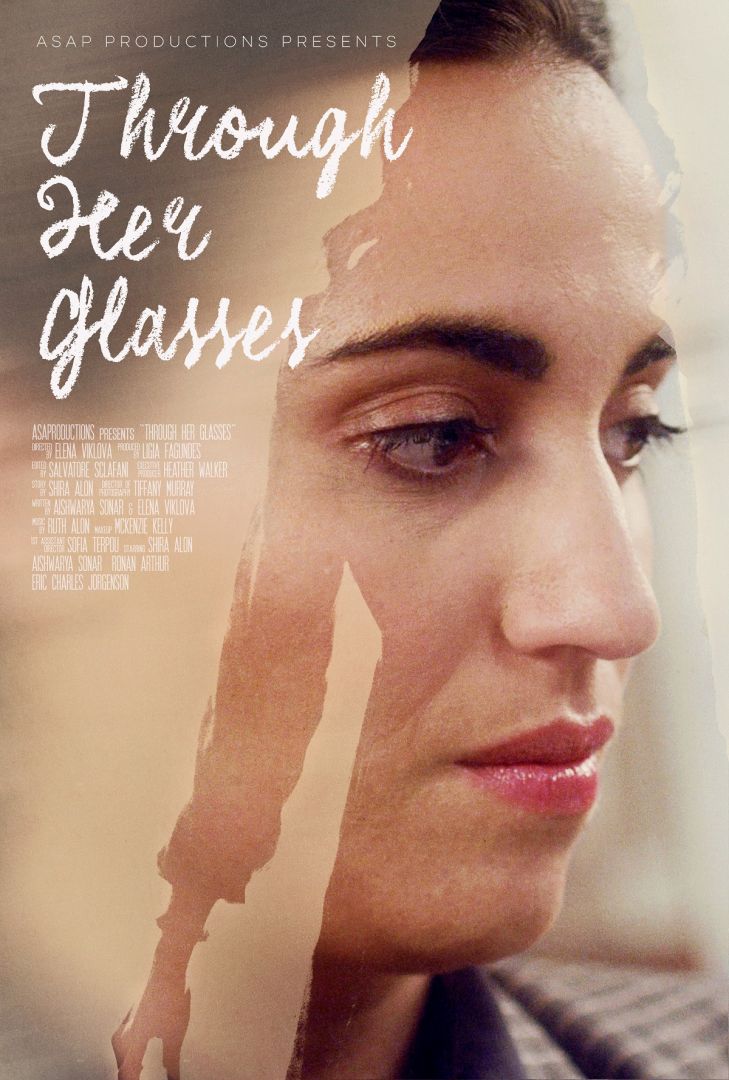 Who else deserves some credit and recognition?
No surprise, my first shoutout will always go to my friends and family. I am blessed to be surrounded by many talented and inspiring people who were not afraid to take charge of their destinies. A ballet dancer becoming a Ph.D. in Chemical Science, an army veteran launching a business startup in his late 50s, a lawyer shifting from court hearings to fashion marketing – these are just a few examples of my beloved ones who were brave enough to make a change. Many others influenced me by their lifetime commitment and determination to one particular field, whether to business, arts, or science. Although their stories deserve a much longer description, I hope our readers would excuse me for keeping them for my future scripts. But here I would love to mention those institutions that might be helpful to my fellow indie filmmakers.
Regardless of your determination and talent, good insight is a significant game-changer. You might gain this knowledge from a film school or your own research, but it might be not enough – your best scripts might remain un-produced, your debut movies might remain unseen. One of the first things I did when I started my film studies in LA was attending a screening of NewFilmmakers LA. That was a piece of advice I got from my producing instructor, Mark Horowitz, who spent decades in marketing and distribution in all of the major film markets – from AFM to Cannes. A film school or an online master class will teach you the established techniques by the greatest filmmakers, usually skipping their actual first steps (sometimes just because they were never preserved for a public view). But learning from your peers, your contemporaries, watching their first artworks is a priceless experience. Since that first experience that I had, I took it as a new habit to follow and attend screenings and panel sessions held by film institutions that support emerging artists, such as NewFilmmakers. And I strongly encourage you to do the same if your interest in cinema goes beyond big studios productions. Today, I am also happy to say that my own debut short film, a screen-life comedy titled “Infodemic,” became part of the Summer screening series at NewFilmmakers NY. So whether you are in LA or NY or any other city on Earth, please feel free to check their schedule and join NFMLA or NFMNY future screenings online. It is that rare case when COVID restrictions give you a unique opportunity to enjoy an event that usually requires your personal attendance.