We had the good fortune of connecting with Emily Tully and we’ve shared our conversation below.

Hi Emily, what led you to pursuing a creative path professionally?
Because… I’m insane? Kidding. It’s truly all I have ever known in terms of really loving a field of work. And I think that’s something really special, to love what you do. I could never imagine myself NOT performing, creating, or doing comedy in some capacity. My parents signed me up for a musical theater camp when I was like 6 and the rest is history. The camp had this thing called “lab” , and basically a bunch of high schoolers would babysit us and have us play improv games when we weren’t needed on stage. That was probably my “OHHHH SHIT” moment. I loved making people laugh and I was good at it. I also really loved cursing, which was foreshadowing for my high brow humor as an adult. My favorite director in high school said something that really stuck with me. “If you can see yourself doing anything else, GO DO THAT!!” Like she was trying to save us from being tortured artists. I tried to fool myself and go do other things, I really did. But it never felt right, and all I did was wish I was performing or creating while I was at work. This made me a very mediocre employee. 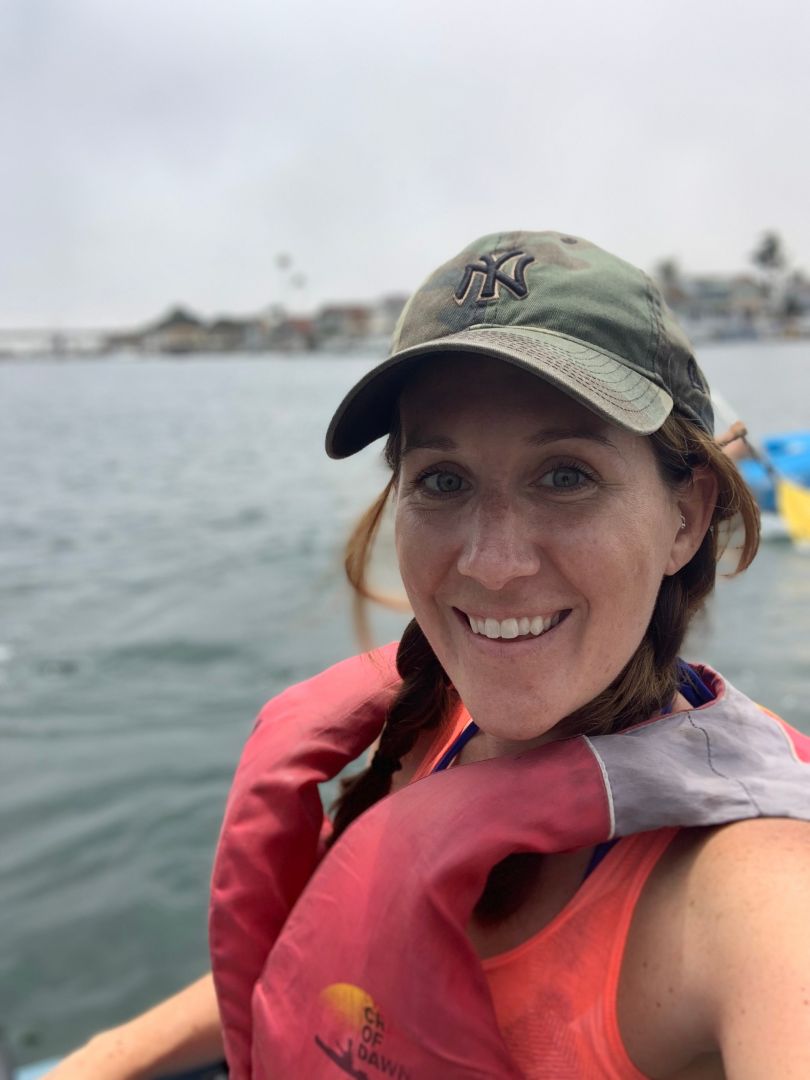 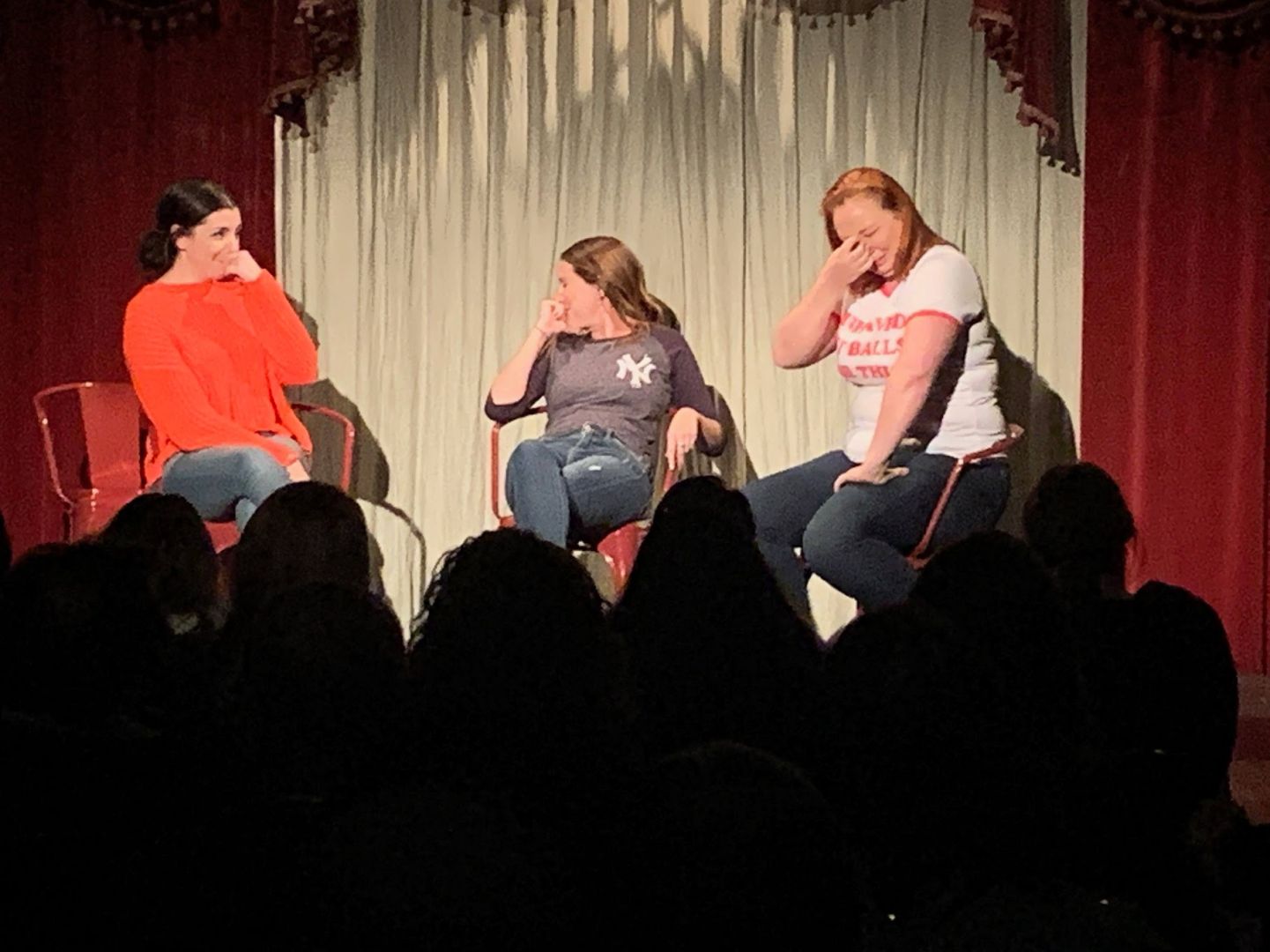 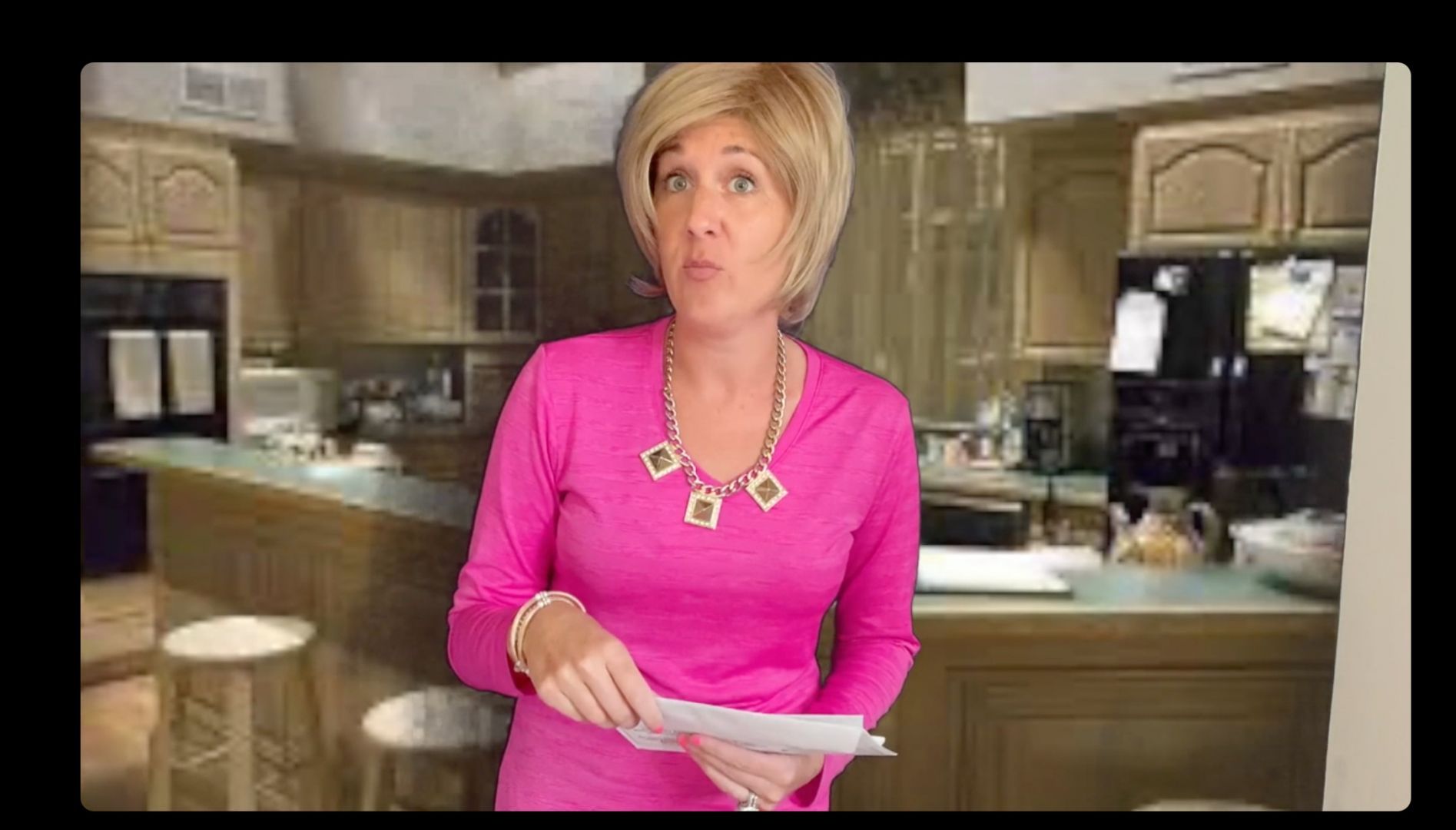 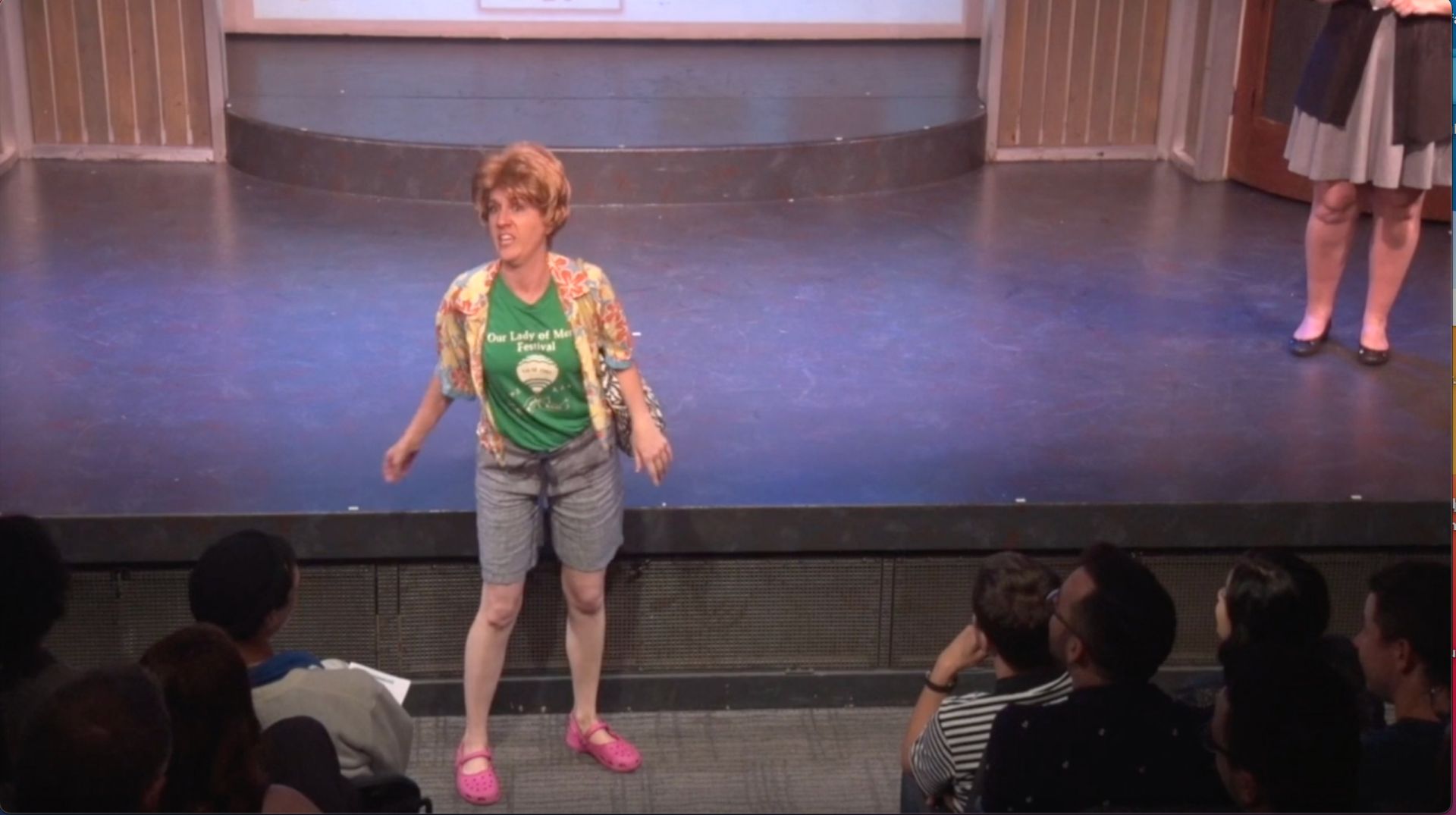 Please tell us more about your art. We’d love to hear what sets you apart from others, what you are most proud of or excited about. How did you get to where you are today professionally. Was it easy? If not, how did you overcome the challenges? What are the lessons you’ve learned along the way. What do you want the world to know about you or your brand and story?
Oh GOD, MY ART!!! I’m so glad the videos of me in wigs doing insane characters are considered art. But seriously, I’m proud of my journey and the risks I took. I left a job in New York, at CBS Sports, to work at Starbucks so that I had more time for auditions. That was always fun to explain to people. BUT, that led to an incredible two year adventure with Royal Caribbean on, at the time, the world’s biggest cruise ship. That really changed everything for me. I was a lead role in Hairpsray The Musical, and during my first contract, we performed on the Tony Awards. I was also an improv performer, and we did last night shows twice a week. It was essentially their own version of “Whose Line Is It Anyway?” On a cruise ship! I couldn’t believe it, getting to do the two things I loved most: Musical Theatre and Improv. I lied at my audition when they asked if I had ever done stand up comedy. I said yes, thinking it was weird and irrelevant. Well, the first week onboard, I had to MC at the Stand Up Comedy Club onboard and have 5 minutes of material. I ended being pretty alright, but what a lesson. That whole experience was invaluable in so many ways. Especially the improv shows. There is nothing like absolutely killing it in front of a packed house, and then bombing two nights later in front of 30 people who are sun burned, drunk, and don’t speak English. It gave me some thick skin and also afforded me the opportunity to move to Los Angeles. I’m not sure I ever would have made it out here otherwise. That being said, I’m proud that I’m still fuckin’ here! It’s a really long line, and most people get out of line. I’m proud that I chose to LEAN into this garbage can of a year and keep creating. I feel more confident in my work than I have in a very long time. 2020 was a a bit of an equalizer for artists, and I really enjoyed creating stupid, joyous things that a lot of people needed to just get through the day or a moment. My favorite project came from an instagram filter. It essentially makes you look like you’ve had an obscene amount of fillers/are probably friends with the Kardashians. I named her “Calabasas Woman” and make videos in my house, my car, talking about trivial shit and screaming at my fictional son, Alistair. I used to wait tables in Calabasas, and so this character really comes from the heart. Most of the things she says are from actual experiences I’ve had at the restaurant. I made a video of her at a voting location and it was shared by Chelsea Handler! Not too shabby, eh? Booking commercials always feels good, but I really take pride in the things I fully produce. My Carmela Soprano impression has really taken off and shooting those videos is always a blast. That is me and my boyfriend’s favorite show of all time, so it’s a fun way to tie something that I love into my work. And I never used to do that! When I moved here, there was “Emily” and “Emily The Actor.” I was not bringing myself into my work at all. But now, it’s all me. I love sports, so I tie that in as much as possible too. Same with East Coast culture. I really love angry people with no patience and hearts of gold. The road has NOT been easy and anyone who says it is probably has very rich parents. I’ve been here 6 years and all I can say is CHOOSE JOY. In everything. Even the day jobs that pay the bills. Those shouldn’t be miserable. I Check in with myself often to make sure that this is all still fun. At one point, I felt very burnt out from doing sketch. I hated writing it. I was reluctant to film things. I felt un-funny. I almost became resentful of it. But it’s what I came here to do so I HAD TO DO IT RIGHT?! INCORRECT. If something doesn’t serve you, make a graceful exit and find what does. Nothing is permanent and things can always be revisited. I find myself gravitating towards more grounded, dry, and somewhat dark humor. And really, that’s who I am. That’s my brand! If it were on a casting website, it would say: “A woman who does not like your kids and needs to complain about her sports teams. If you don’t eat carbs she will not be your friend.” I still LOVE doing sketch, just not all of the time. I now write things that aren’t as whacky as my old stuff, but I absolutely still use those sketchy comedy skills. I’ve found a way to really marry my worlds together and I think that makes me unique. I’ve done so many cool things as a performer that I am forever inspired by. I used to think there wasn’t a lot of work for me, so I started to create my own. No excuses!! *smashes beer can on forehead*.

Let’s say your best friend was visiting the area and you wanted to show them the best time ever. Where would you take them? Give us a little itinerary – say it was a week long trip, where would you eat, drink, visit, hang out, etc.
First I would tell them that we are NOT going into Hollywood, or taking a bus tour so don’t even ask. Sorry. I would start off with a hike, with FULL faces of makeup just to make sure we look like we really belong there. The Old Zoo at Griffith Park is one of my favorites. There’s some creepy abandoned cages that make for great photo ops, and scenic trails that will make ya sweat. If you feel adventurous, find the stairs that go up to “Amir’s Garden”. So much greenery!! We’d go refuel at Priscilla’s Coffee in Toluca Lake for some pastries and iced blueberry coffee! Yes that’s right. Iced. Mother F*ing Blueberry. Lunch is at Golden Road brewery which has delicious brewskis, giant pretzels, a ton of outdoor/tailgate type games. My neighborhood, Burbank/Magnolia Park is great for cruising old antique stores and quirky gift shops. There’s also a reptile store, so maybe shit will get weird. If we were in the mood for a beach day, The Channel Islands in Oxnard is my new favorite spot for kayaking. Lots of seals to hang out with! For night time cocktails and a killer view, we would hit up Castaways in Burbank and then make our way to Casa Bianca in Eagle Rock for the ONLY REAL-ASS pizza in LA. They have red and white checkered table cloths, don’t take reservations, and are cash only. My kind of place. Then….we would break the rules mentioned at the beginning of this question and head to Hollywood for a vintage evening at Good Time’s at Davey Wayne’s. Is it touristy AF? YES. But you enter through a fridge door, and it’s 70’s themed with boozed up sno-cones. Prepare to dance your balls off and feel old. 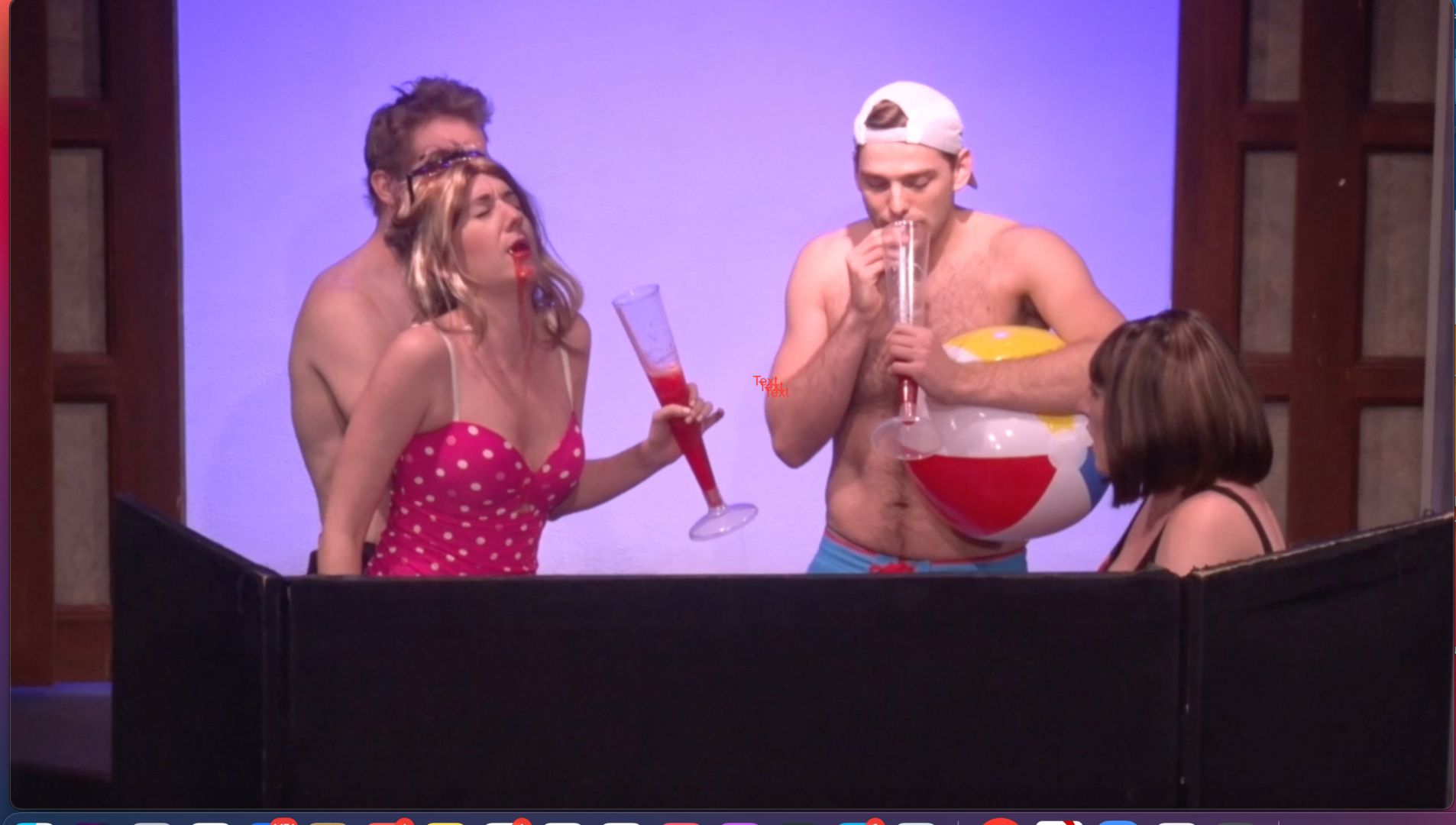 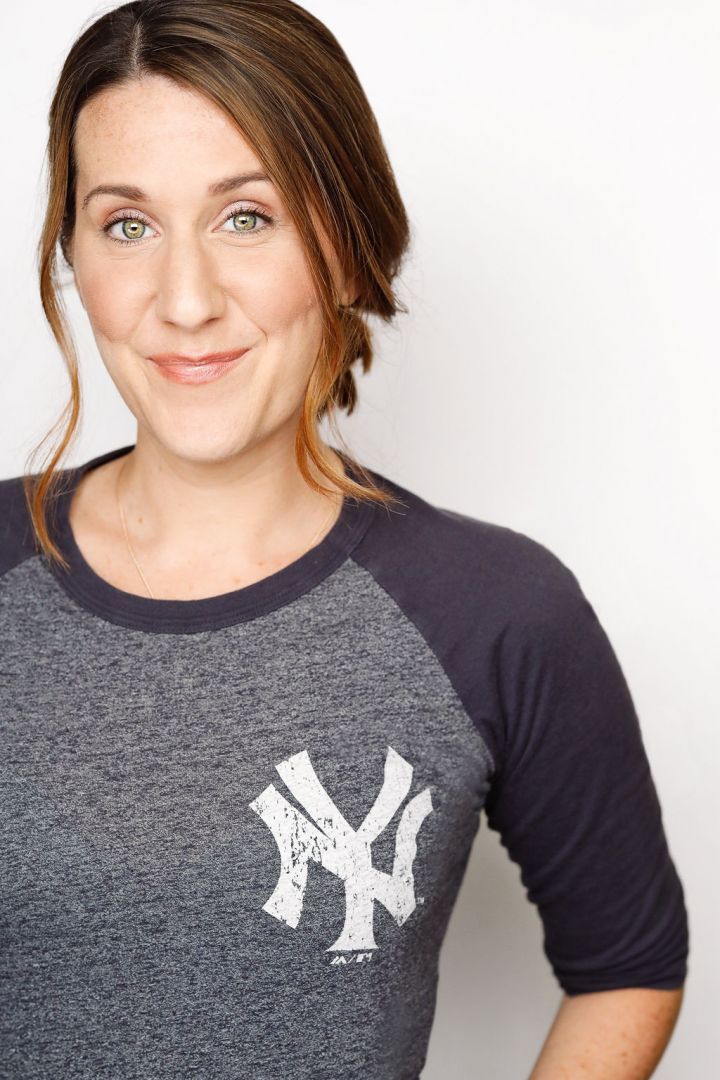 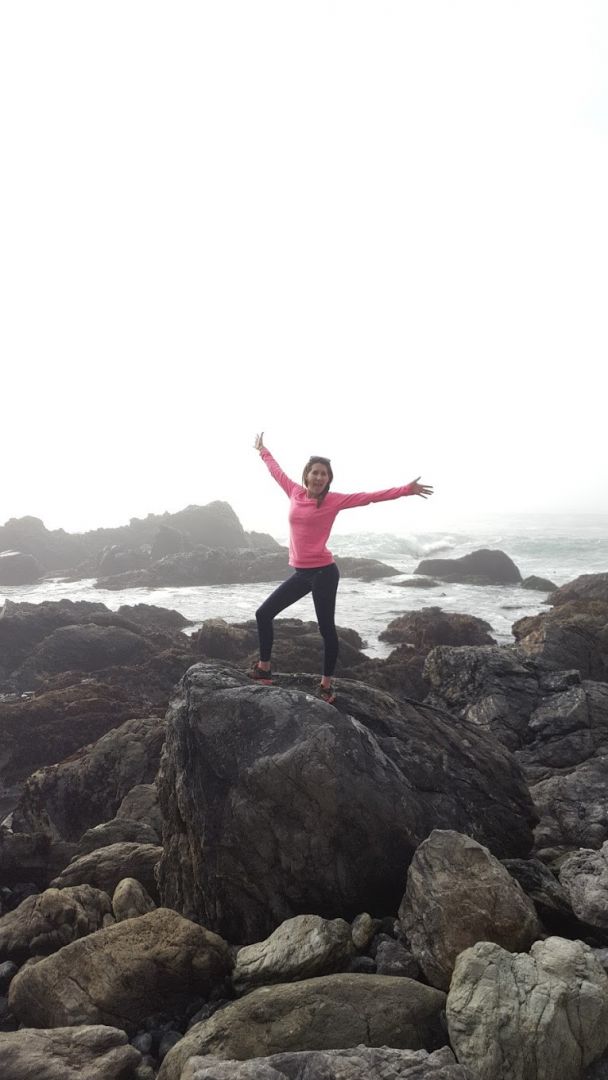 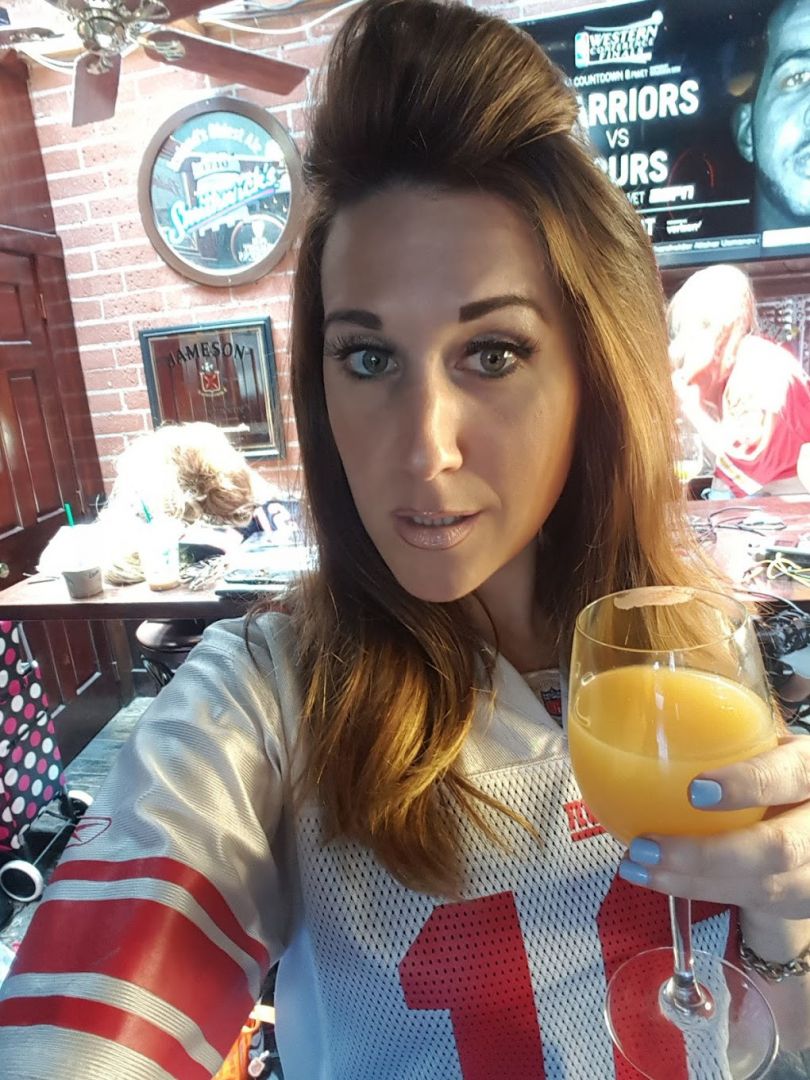 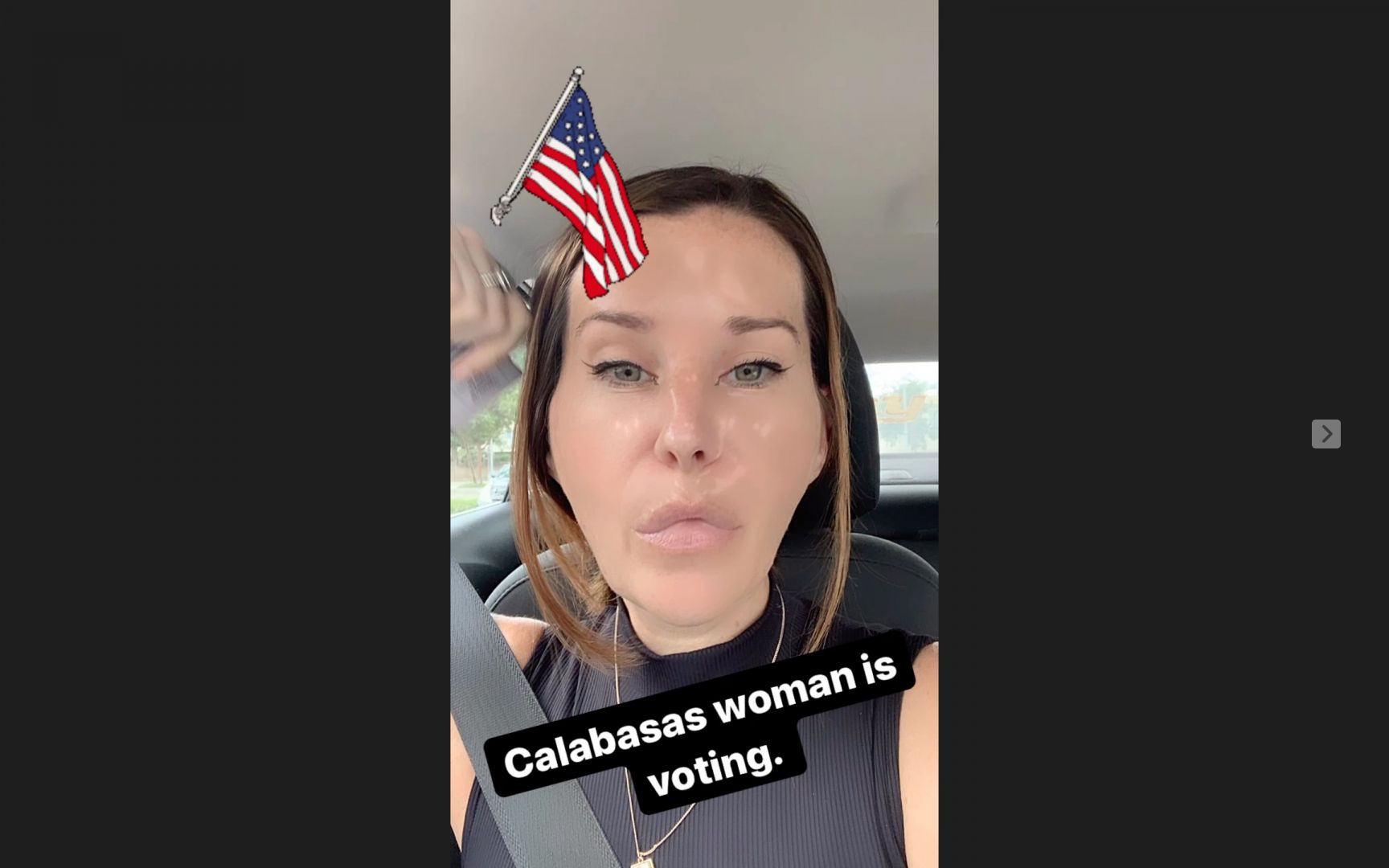 Shoutout is all about shouting out others who you feel deserve additional recognition and exposure. Who would you like to shoutout?
My family is the shit! Plain and simple. My mom has never been afraid to be funny and outrageous or do weird voices. She is a huge ball buster and showed me early on that humor always wins over a room. My dad is the one who introduced me to all the classics. I was quoting Caddy Shack and Animal House at a very early age. My teachers were probably a little disturbed. I was allowed to watch SNL before any of my friends, and Seinfeld is basically a religion in our house. I can’t recall a single time when any of them have said “are you sure this what you want to do?” or “so what’s the back up plan if this doesn’t pan out?” (Don’t ever ask people that, it’s gross!) They have been my biggest cheerleaders and also supply me with so much golden material. Family group chats are the gifts that keep on giving. My training at The Groundlings was invaluable and really gave me an idea of who I am as a comedian, what really makes me laugh, etc. It’s also where I met the most wonderful people out here and that is YUGE. To find your tribe, and to have this well of hilarious humans to pull from when you’re creating something makes the process so much easier. A huge shout out to my friends who AREN’T involved in this industry whatsoever!! I’ll book a commercial, or do a show and they can’t wait to hear about it and treat me like a god damn star which means more to me than they know. Sometimes I forget to be excited about things but they never let me overlook my small victories. The Actor’s Salon LA has been such a gift this past year. It’s essentially a life coaching, business coaching, and accountability class all rolled into one. The business side of things can be tricky and confusing, so to have a group of people and a coach I get to show up for every week for guidance has been a game changer.