We had the good fortune of connecting with Ericka Page and we’ve shared our conversation below.

Hi Ericka, we’d love to hear about how you approach risk and risk-taking
This question sort of hits two fold for me. As a musician and creative person we don’t always have an exact direct path to being able to reach our full potential, and even choosing a career in the arts, especially as a freelancer, has plenty of risks. Art can be subjective and more than ever people want work for free with the “promise” of getting you the next paid gig. I think we have to first be making art because we love to do it, of course, but eventually some money would be cute too. Navigating the new world of social media and digital music is a blessing in many ways but it’s still a rough hard hustle. As indie artists we have to offer the same caliber of music and videos and do it on a shoe string budget. We really have to get creative to get and keep a fans attention.
Finding time and peace of mind to write music, a literary project or a film while you also have to work enough to pay bills is also no easy task. Los Angeles is no cheap place. But if you’re really lucky and chisel away at your craft, those two worlds can begin to balance out and you might find yourself doing more and more creative gigs, although the struggle to get there can be very real.
But also, more recently, I made the decision to choose my health and wellbeing, and go through a gender transition. Saying it was the right decision is an understatement. Gender dysphoria was something I was desperately suffering from, even though it wasn’t easy to admit it. Life was losing its beauty and I was really struggling. It wasn’t a good place to be. My existence has changed so profoundly for the better since finding the courage to live authentically, but it felt like a HUGE risk at the time. I wasn’t sure exactly how my life would be if I proceeded. I wasn’t sure how people would react to me, if I would be able to continue a career as a singer, if I was putting my family at any risks of bigotry, and really if I would even be able to ‘pull it off’ and ever be seen as a woman. All those fears faded away quickly as the feeling of living truthfully was introduced to me. I’m more happy and excited about everything than I ever have been, and I think more people are noticing me now than ever before because of it. I’m so grateful I was able to take that risk. It set me free. 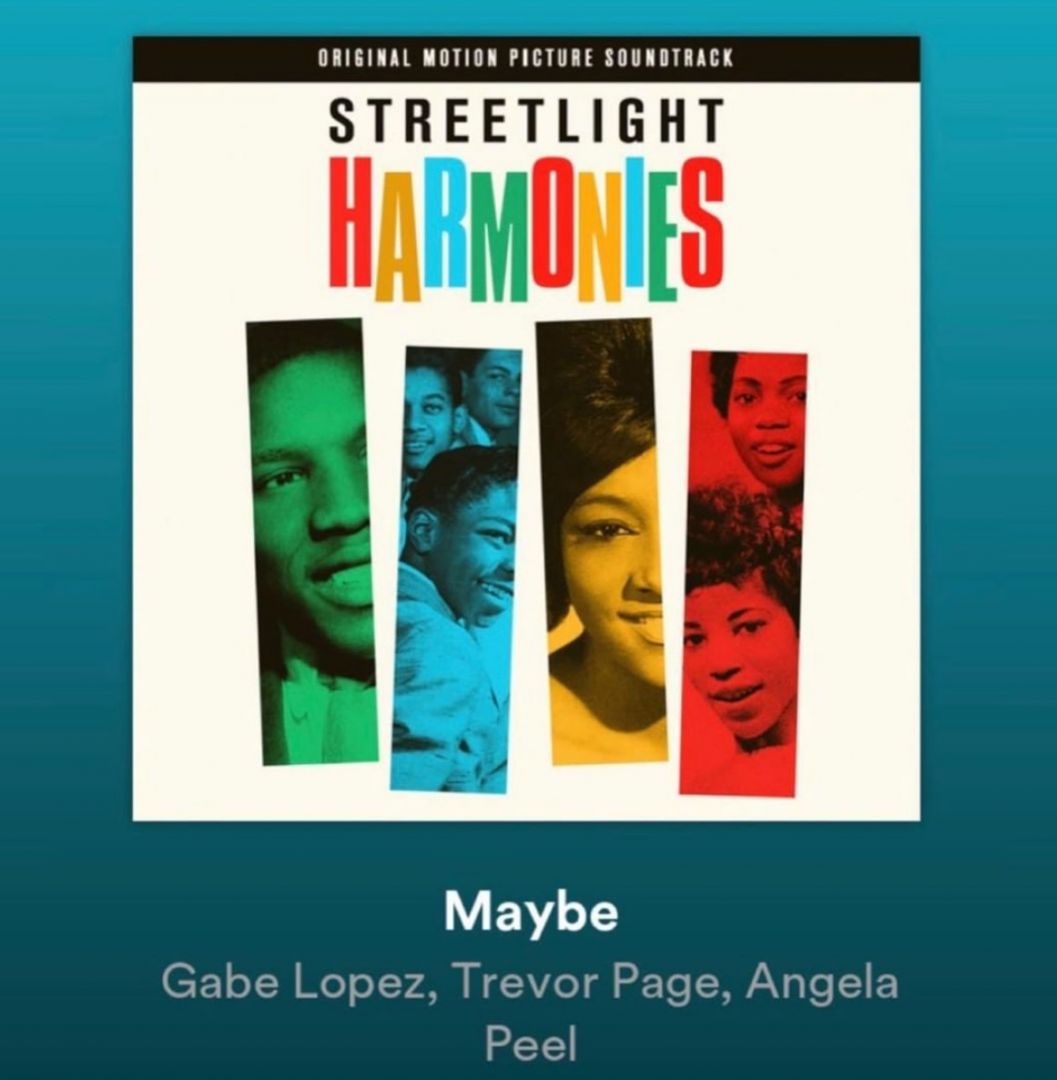 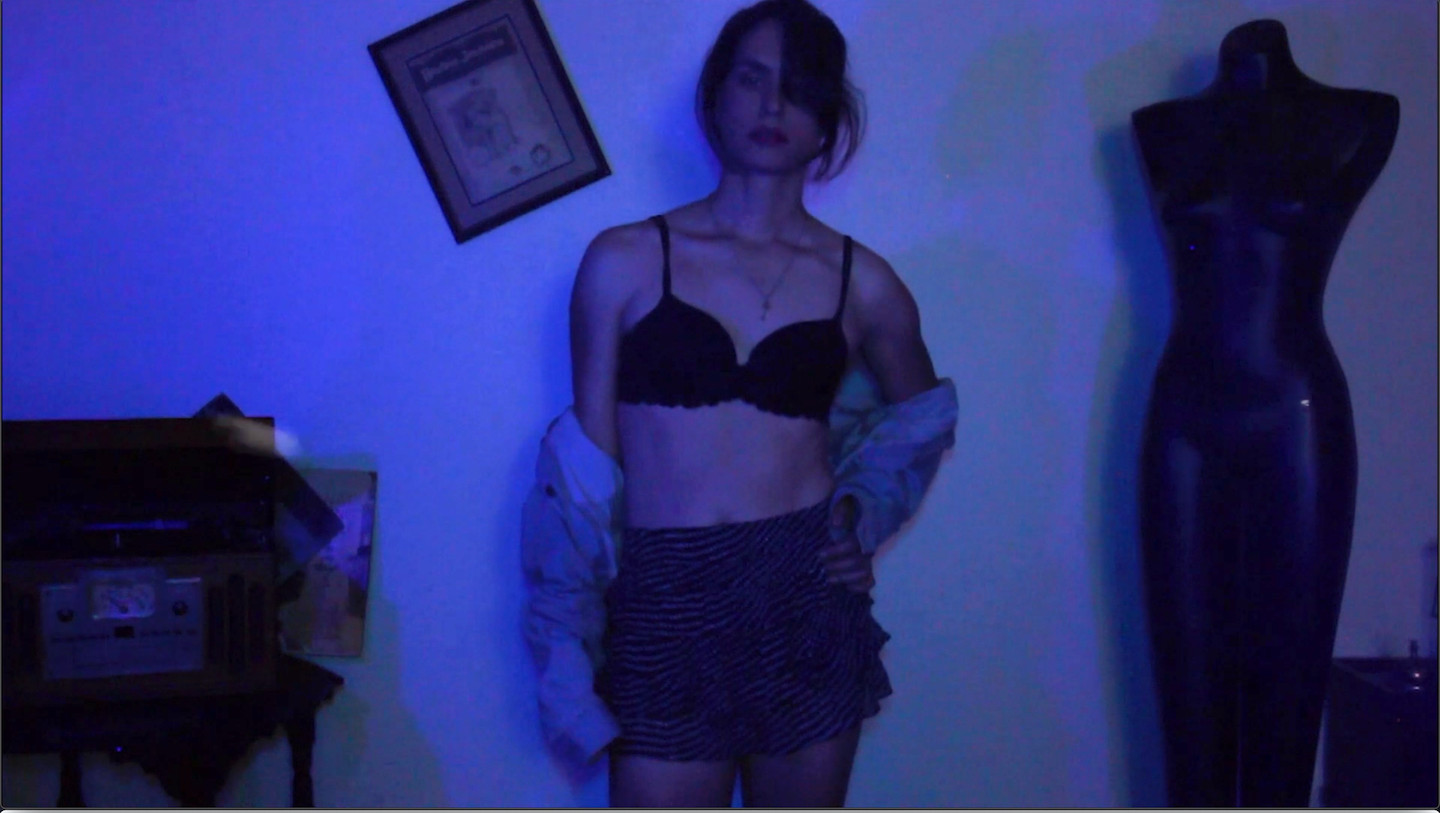 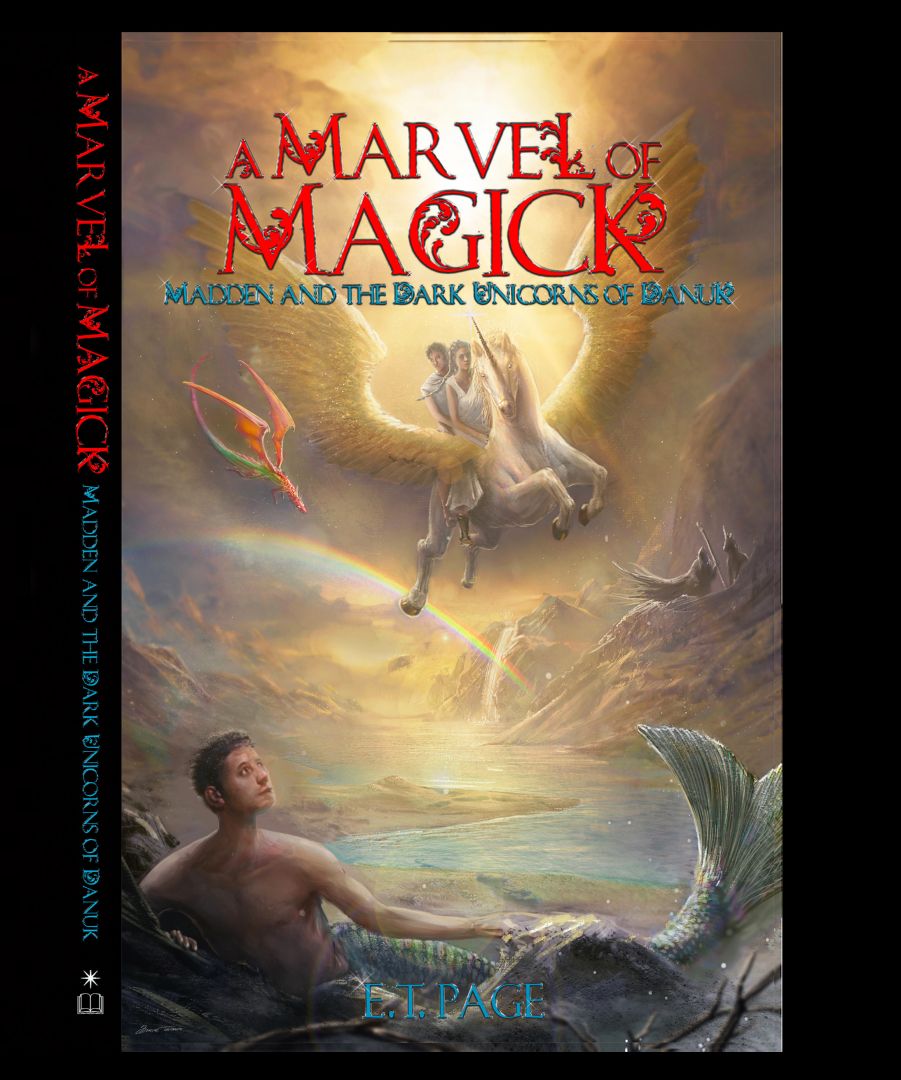 Can you open up a bit about your work and career? We’re big fans and we’d love for our community to learn more about your work.
Well I’ve always had a love of the arts. Growing up in rural Florida I sang in my souther baptist church choir, although then I didn’t always have an appreciation of having to sacrifice watching my X-men cartoons on Saturday mornings to go to practice, before more church on Sunday. I guess I was always torn between loving magic fantasy and music ha. I was in band and choir at school too until I managed to get a D in one of my classes in ninth grade. At that age I hopped around a few schools before dropping out all together and getting a GED. It wasn’t until college that I began with music again. Music is a deep love of mine, initially my draw toward Los Angeles, but I have also been interested other aspects of art and storytelling. Film making and writing have worked their way into my creative outlets, and it has felt great to explore. I’ve written and directed a few short films and a young adult fantasy novel that I’ve been working on for the past six years will finally be out next month on May 1st. As far as music, I’m more excited than ever to release the new songs. I just finished shooting the music video for my song “Now (The Moment)” which is already available to stream everywhere. We’re just finding the right place to premiere the visual. I don’t have an exact release date, but it will be very soon.
I guess its worth mentioning my gender transition over the last year as well lol, although funny enough, it feels like the most natural thing. Gender dysphoria was something I was desperately suffering from, even though it wasn’t easy to admit it. Life was losing its beauty and I was really struggling. It wasn’t a good place to be. My existence has changed so profoundly for the better since finding the courage to live authentically. Im more happy and excited about everything than I ever have been, and I think more people are noticing me now than ever before because of it.

To mention some work, I scored a documentary that released in 2019 about the history of doowop music and was featured as an artist on the soundtrack. Gabe Lopez and I produced our own version of the classic song “Maybe” by the Chantels and sang on the track with Angela Peel. The documentary is streaming on Amazon now and the soundtrack is on Lakeshore Records.
My current release “Now (The Moment)” is an empowerment anthem. I wrote, produced and recorded the song before my transition, but it sort of felt like the perfect message for my first single since. It’s also my first solo song release in about five years. The song encourages listeners to try to live more in the moment but also points out our ability to take advantage of each moment. The music video is also really fun. Im super excited!
My book is a young adult fantasy novel called “A Marvel of Magick : Madden and the Dark Unicorns of Danuk”. It’s a coming of age adventure kind of thing with some scares, laughs and lots of magic. Not to mention UNICORNS! Haha another of my obsessions. The book is available everywhere for Pre-Order now. May 1st official release date. Please check it out!

Any places to eat or things to do that you can share with our readers? If they have a friend visiting town, what are some spots they could take them to?
I love LA. It has so much history and culture, if you can get through the traffic and expensive price tags. The museums are great, whether youre hitting the natural stuff at the Page (Im partial to the name ha!) and the tar pits, the art at the Getty or one of the Hollywood museums, there is plenty to nerd out on. The Griffith Observatory has been closed for Covid but it will be opened again, and it’s incredible, with free admission. There are plenty of places to head for nature too. Heading to the beach and walking Santa Monica pier, strolling the incredible Huntington Library Gardens, or a good hike on one of the canyons are all on the agenda. I have to say I’m sort of interested in some of the macabre aspects of Hollywood’s history too, so there is a tour of some of the spots of the most famous Hollywood deaths and murder cases. Very interesting, but not exactly a family friendly adventure. For food I’m vegetarian so I like Real Food Daily in West Hollywood, Something Vegan in Burbank, Hope vegan restaurant in Studio City. Yum! haha 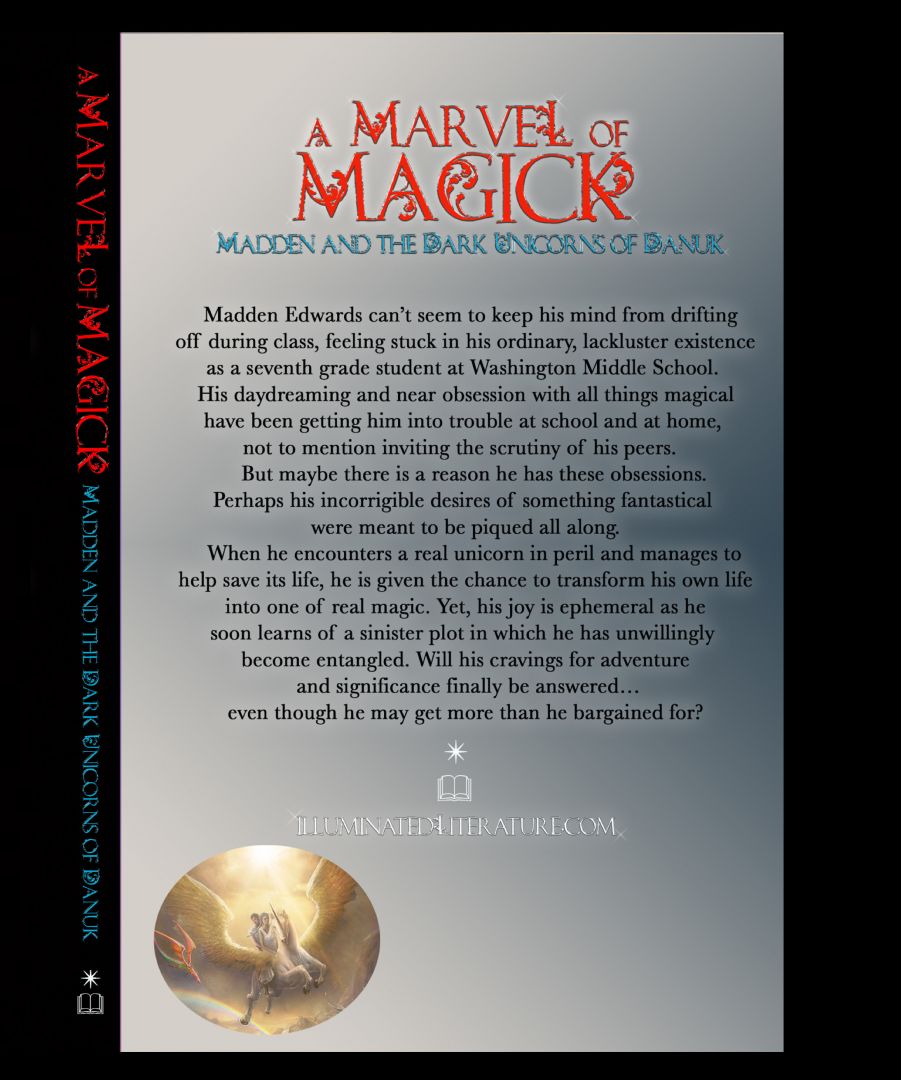 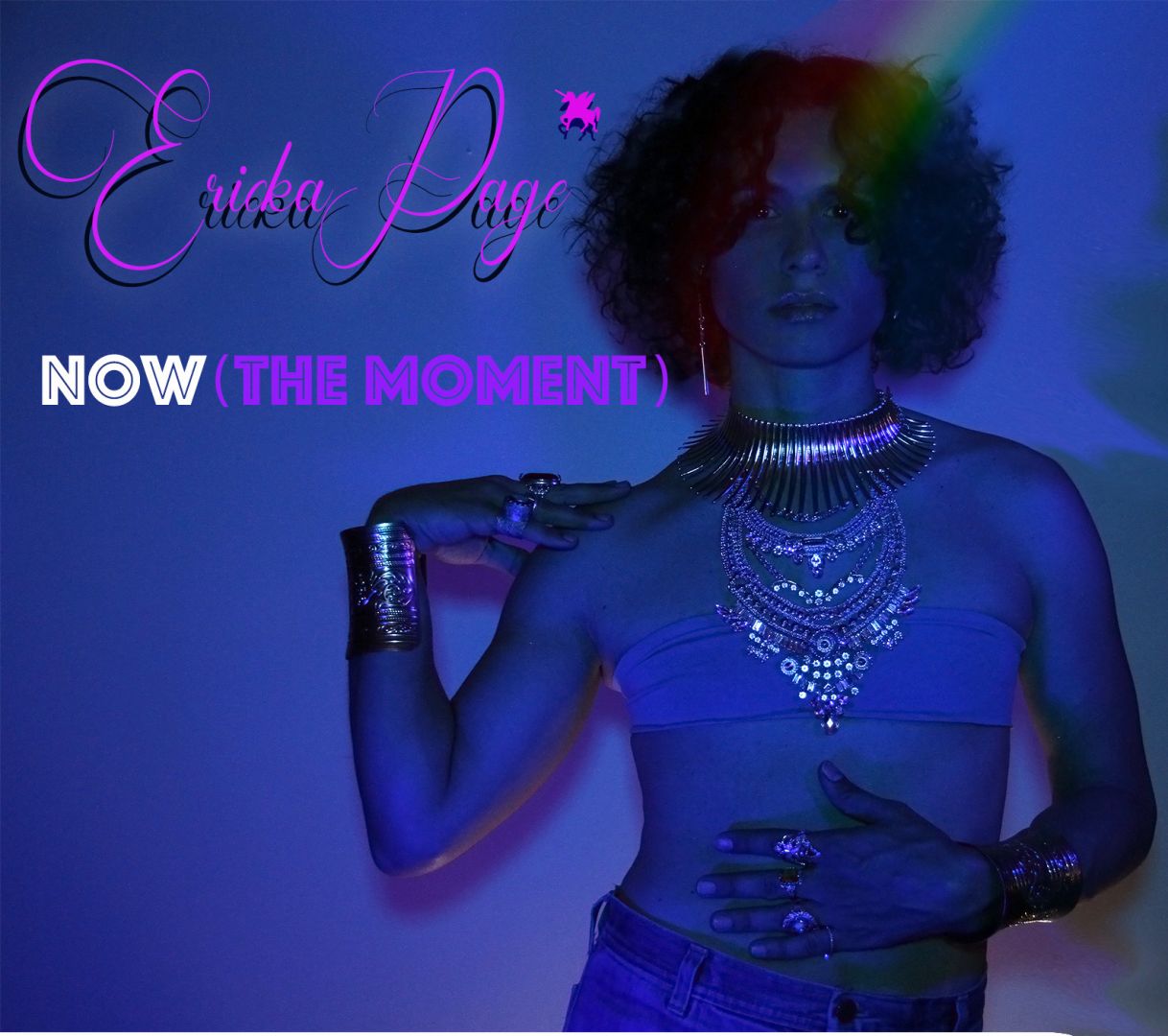 Shoutout is all about shouting out others who you feel deserve additional recognition and exposure. Who would you like to shoutout?
Hmmm…. Right now I’d have to say my biggest inspirations and mentors are the other trans girls out there who have been such wonderful examples for the community. Janet Mock, Angelica Ross, Hunter Schafer, Indya Moore, Teddy Geiger, Kim Petras, these are all women I look up to creatively. Anohni holds a special place musically. To have transitioned as an artist and to still be singing her heart out with such a message. Her music has been played a lot during my transition. I listened to everything when I was old enough to start choosing for myself, although I still leaned toward my RnB soulful roots. TLC, Immature, Boys II Men, Michael Jackson and Whitney Houston were who I really fanned out for (and still would lol). My mom played a lot of Donny Hathaway and I have been in love with him since. Nina Simone is really special. I was also not immune to the Britney/Christina/NSYNC/Backstreet craze that spread in the 90s-2000’s and definitely have to give a little influence cred where its due there. Wild Orchid/Fergie has been a big influence too. And Black-Eyed Peas. Timbaland, Rodney Jerkins, Max Martin, Jimmy Jam and Terry Lewis, and Linda Perry are some of my favorite producers. The list of influences goes on. It is long ha!