We had the good fortune of connecting with Eve Elliot and we’ve shared our conversation below.

Hi Eve, any advice for those thinking about whether to keep going or to give up?
I grapple with doubt of many varieties on a daily basis, asking myself questions like Am I talented enough?… Is it too late for me to become great?… Why couldn’t I have started on this sooner?… Is there a place for someone like me in the musical world?… Do I even enjoy this?… and many more. Despite all that, somehow the thought of giving up has never once occured to me. When I decided that I was going to do music as a career there was a finality to it. Like a lock sliding into place. I had tried to be a scientist and I had tried to be a linguist, but all that time I think my unconscious dream was to be a musician. One night in college I was coming off of seeing some jazz at the Blue Whale, and I dared to imagine “what if it was me up there?” I wasn’t ready to face that question right then, but eventually I came to my senses and just went for it. It’s been so hard and continues to be hard, but I keep going. Like they say on reddit, this is my life now. 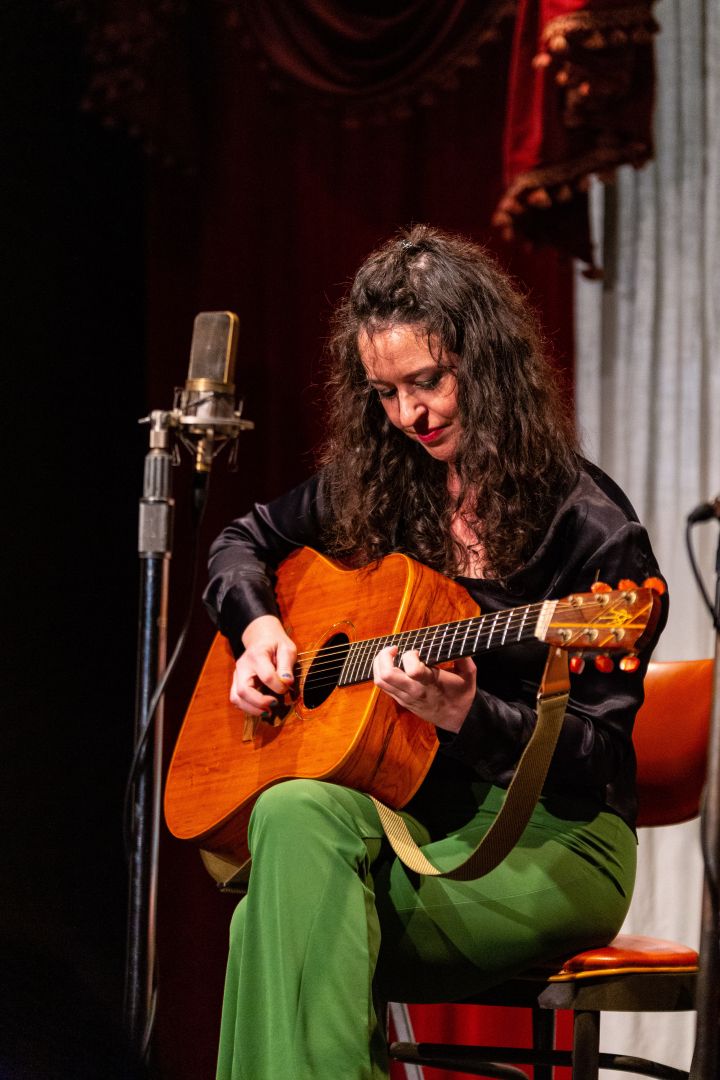 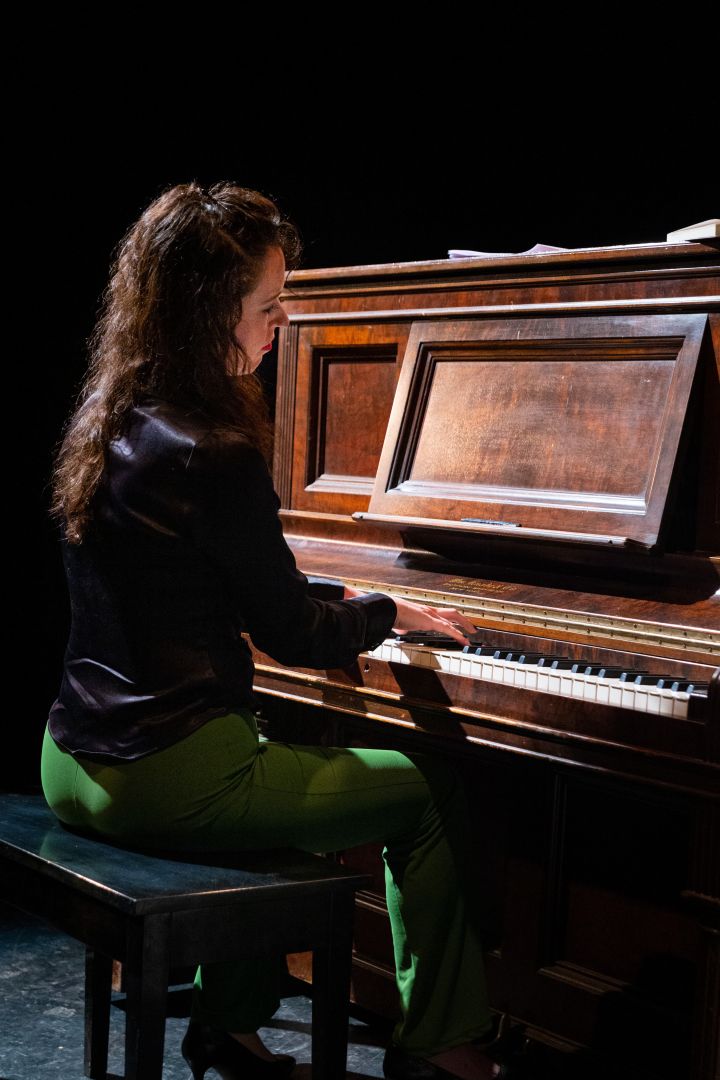 Let’s talk shop? Tell us more about your career, what can you share with our community?
What sets me apart from others is probably the breadth of my endeavors. Most people specialize and get really good at one thing. I envy them! But I just find too many things compelling to be able to select one or two.

I started on classical piano. Until I was about 18 that was pretty much all I knew. Then I picked up guitar and started singing Bob Dylan tunes and writing my own songs. My counterculture friends and I would drink Lagunitas in a freezing cold Menlo Park garage and play improvised nonsense music until the wee hours. We thought we were so damn hip. Eventually that turned into a math rock band. In college I learned some West African drumming and played clarinet in the Bulgarian folk ensemble.

Around 2017 I formed a band with my roommate Richard and we called ourselves Boinkasaurus. The music was catchy and the lyrics crass. With Bulgarian music fresh in my mind, I was writing a lot in odd meters, and finding musicians to play my songs proved difficult in the DIY/experimental/punk/noise/ra-ra scene we were hanging around. So I decided I would learn to play jazz and get out on the jazz scene, to meet some other players and hopefully staff my band. Around the same time I took my first paying musical gig, playing keys at a little Baptist church in South Central. I played there every Sunday for 4 years. Somewhere along the way, I wandered into a bar called 1642 in Filipinotown and saw a handsome man playing ragtime piano. I went back to that bar every week until he was my boyfriend, and now I play ragtime too.

All this is to say, I sure do have my fingers in a lot of different pies. That makes the road ahead appear very murky, but it also makes me unique.

Has it been easy? Come on! There’s a lot of tedium and sacrifice that comes with learning a trade, and I started much later than most of my peers. I’ve had trouble finding mentors, and I’ve been very confused and unsure for a long time. There’s a lot of things I probably should have done, but the one thing I’ve managed to do is keep my head down and barrel forward. For years I felt like I was barely improving despite practicing almost incessantly. Now I’m starting to get little nuggets, glimmers of reward and hope. This year I won the World Championship Old-Time Piano Playing Contest that’s been held annually since 1975, and that win got me invited to play the West Coast Ragtime Festival this November. We’ll just have to see what comes next. 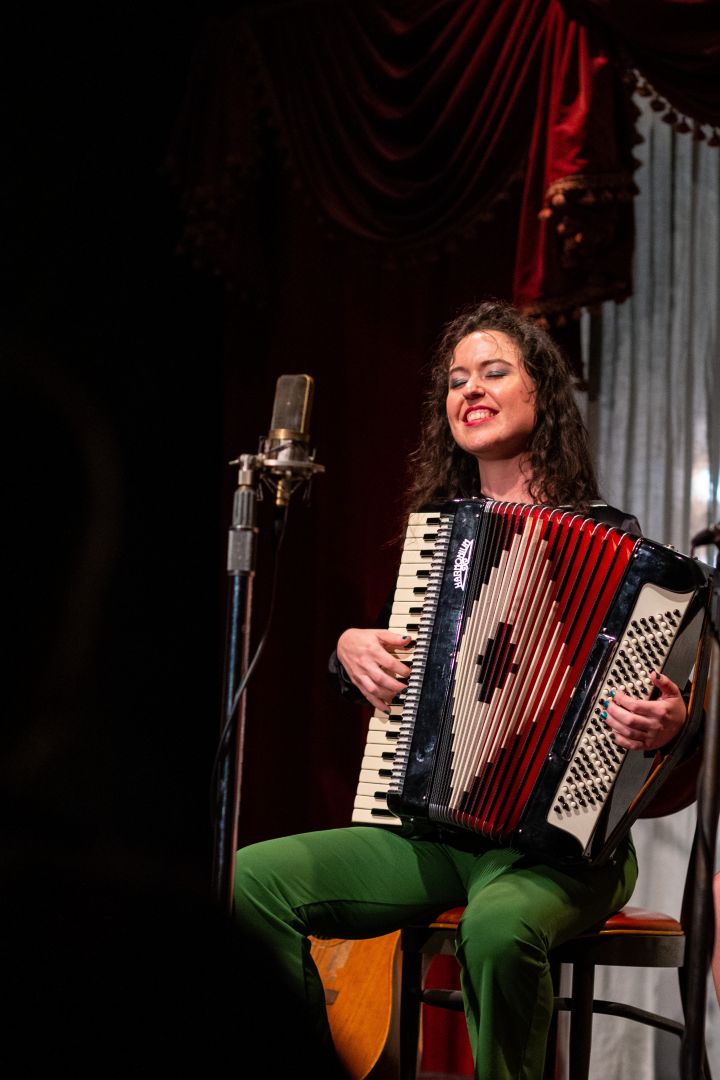 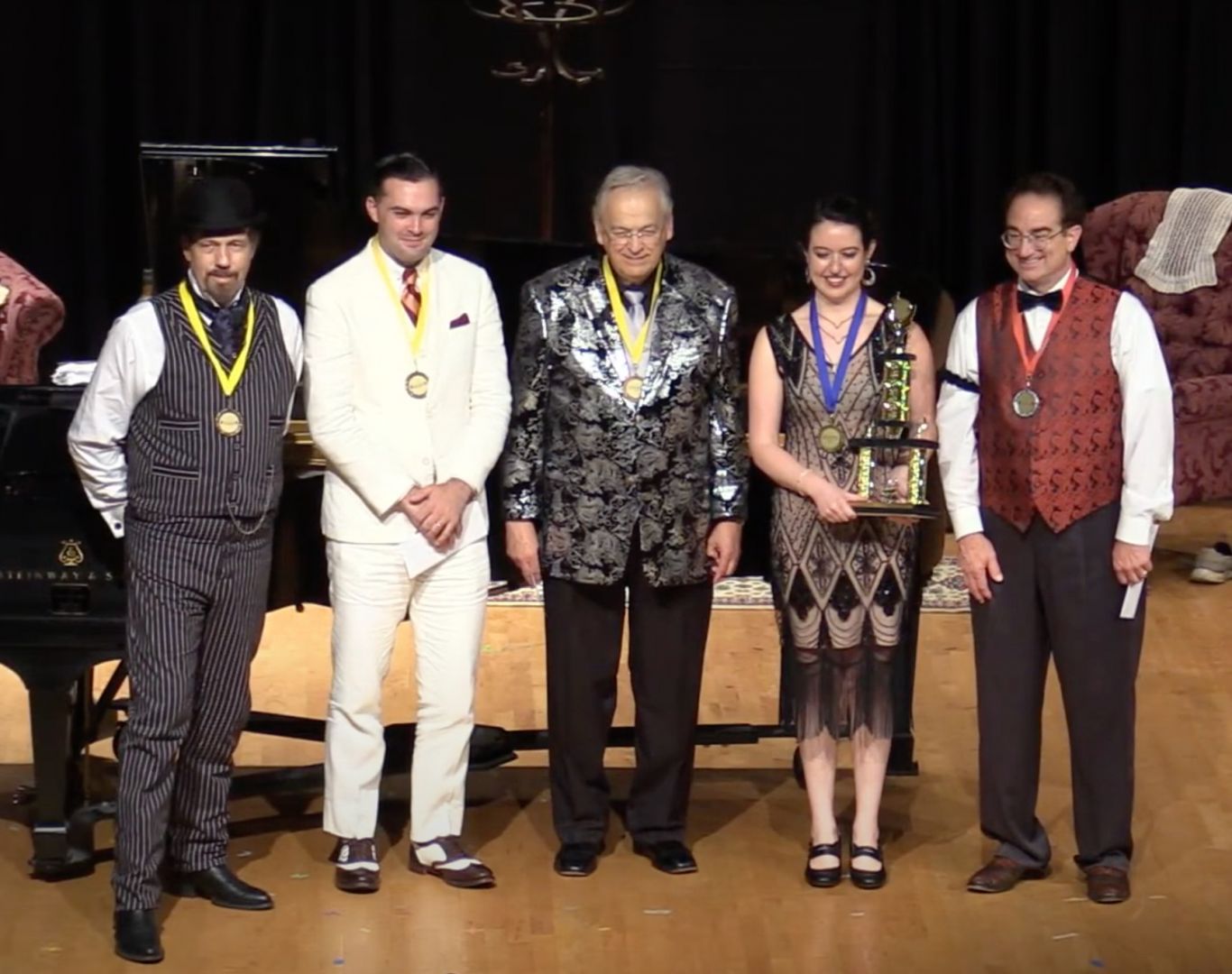 Any places to eat or things to do that you can share with our readers? If they have a friend visiting town, what are some spots they could take them to?
First place you gotta check out is a bar in Historic Filipinotown called 1642. Its name is its street address, 1642 Temple Street. This place has a beautiful gothic vibe, oil-lamp lit with high ceilings and wrought iron chairs, and is home to a vibrant community of musicians and patrons of the arts. It’s all curated by one badass curly-haired, golden-hearted lady who doesn’t suffer fools.

More downtown attractions include Philippe’s French Dip, which serves the best pancakes I’ve had anywhere in this city. Its rival french dip slinger is Cole’s, inside of which is a speakeasy called The Varnish. Great cocktails and great music.

On the west side is the Old Town Music Hall, one of the few places you can actually see a Mighty Wurlitzer theater organ be performed. The lights and sounds blew my mind the first time I went, and they still do each time. This wonderful LA gem hosts concerts and shows classic movies. It’s another important community spot that needs out patronage in order to survive. 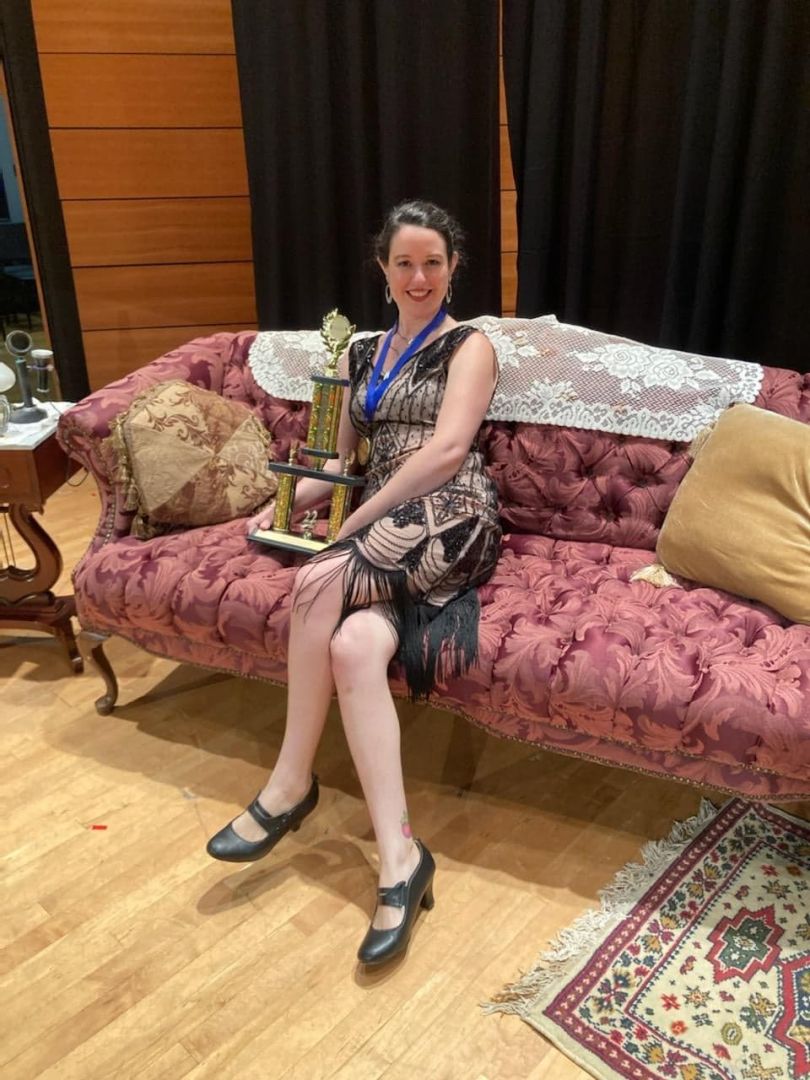 The Shoutout series is all about recognizing that our success and where we are in life is at least somewhat thanks to the efforts, support, mentorship, love and encouragement of others. So is there someone that you want to dedicate your shoutout to?
There’s too many people to name them all. My parents and grandparents had me take piano lessons as a kid. My mom payed for instruments and teachers so my brother and I could get a musical education. My lifelong friend Noa introduced me to the joy of improvised music. My bandmate Richard nurtured my satirical impulses and filled my head with whimsy and unbounded dreams of what I might achieve. All my friends, colleagues and collaborators inspire and encourage me, and make it so fun and meaningful to be a part of our community. 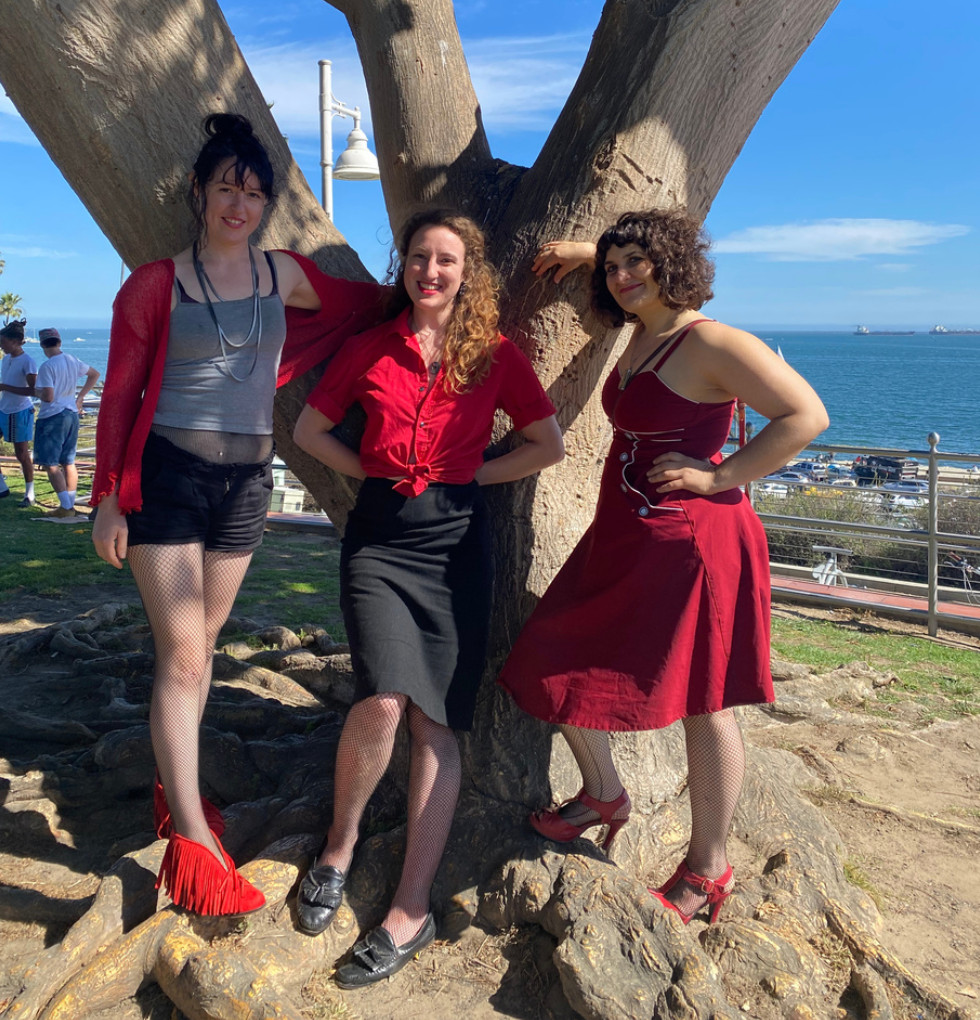 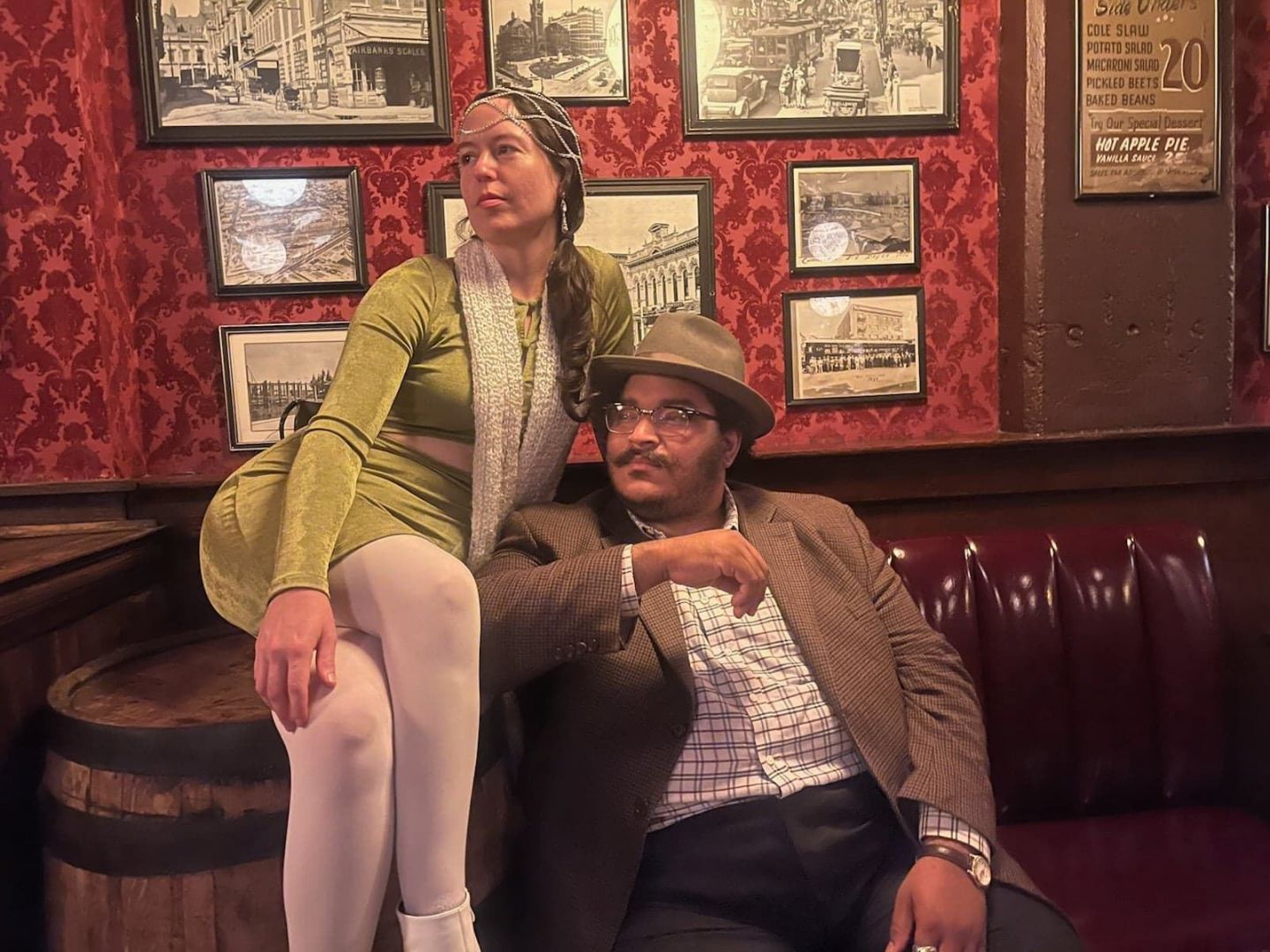