We had the good fortune of connecting with Evette Vargas and we’ve shared our conversation below.

Hi Evette, what was your thought process behind starting your own business?

I often tell people, “I accidentally started a company!” The Writers Room 5050 Foundation was certainly a dream, but in earnest, it organically grew out of my activism. For more than a decade, I have been mentoring and creating opportunities for underrepresented storytellers — Latinx, BIPOC, LGBTQAI+, and women in the entertainment business, as well as fostering fresh voices. As a Latina writer, director and producer, inclusion is a huge issue for me. In 2019, I mentored five diverse screenwriters, wanting to break into television. So, I organized a writer’s room setting, where the writers broke a season arc of the series, Killing Eve, then wrote an episode of that season arc, and ended the experience with a table read of their scripts. The writers had incredible breakthroughs. But what I didn’t anticipate was hearing from all 20 actors who participated in the table read, citing how impressed they were with the level of writing and how the writer’s unique point-of-views brought a freshness to a series they revered. Both the writers and actors encouraged me to utilize my format for mentoring storytellers wanting to break into television. This was certainly something I wanted to do, but at this particular moment, I just did not have the time. I had recently setup a series at MGM with executive producer, Marc Guggenheim, and the multi-talented, Rosario Dawson. But the writers and actors continued to tell me how instrumental the experience had been for them. As a staunch activist of inclusion, I was acutely aware of the disparaging barriers for underrepresented storytellers at all levels and ultimately, The Writers Room 5050 was born. Initially, I conceived three labs — Pitching the TV Series, Writing the TV Pilot, and Running the Room. These offerings are the cornerstone of The Writers Room 5050 Foundation, which is now a 501(c)(3) charity. And, in addition to offering mentorship to BIPOC storytellers, I have included veterans, LGBTQAI+, writers with disabilities, writers of a certain age and woke men too. Every opportunity to build allyship is essential. What happened next was remarkable. The labs sold-out overnight and three weeks later, I began to hear from studios, producers and executives, wanting me to refer my alumni. I was overjoyed. My intention is to provide storytellers with the tools, experience and confidence they need to sell their shows, write pilots that garner attention, and thrive in the writer’s room. As a result, the storytellers are empowered and in control of their careers. To date, 8 of our writers have been hired and 10 of the projects pitched to the development executives and producers in the Pitching the TV Series Lab have moved forward. I may have accidentally started a company, but it was meant to be.

Evette Vargas is an award-winning writer, director, producer and immersive storyteller. Named by the New York Times as an “Artist to Watch,” Vargas’ has produced series for Amazon, MTV, Bravo, DirectTV; and interactive content for Fast and Furious, Lord of The Rings trilogy, Madonna and Wu-Tang Clan. Vargas executive produced, wrote and directed her digital series Dark Prophet, which was in contention for two Emmys. Vargas sold her drama series, Muses, to TNT Super Deluxe. Vargas set up a drama series at MGM Television with Marc Guggenheim and Rosario Dawson and is developing a drama series for Entertainment One with Peter Johnson. Vargas wrote The Current War VR Experience, a companion piece for the film, starring Benedict Cumberbatch. Vargas was commissioned by Final Draft to create the Evette Vargas Immersiveplay, the professional screenwriting template for VR, AR, and XR writing. A staunch activist for inclusion and equity, Vargas founded The Writers Room 5050 to mentor storytellers and create opportunities for their next-level success. A member of the Writers Guild of America, Academy of Television Arts and Sciences and Producers Guild of America, Vargas was born in the Bronx and learned to tell stories at the dinner table where the imagination ruled. Vargas collects action figures, typewriters and shoes; has past lives as a DJ, a fashion designer, and is a recovering New York City advertising Art Director. 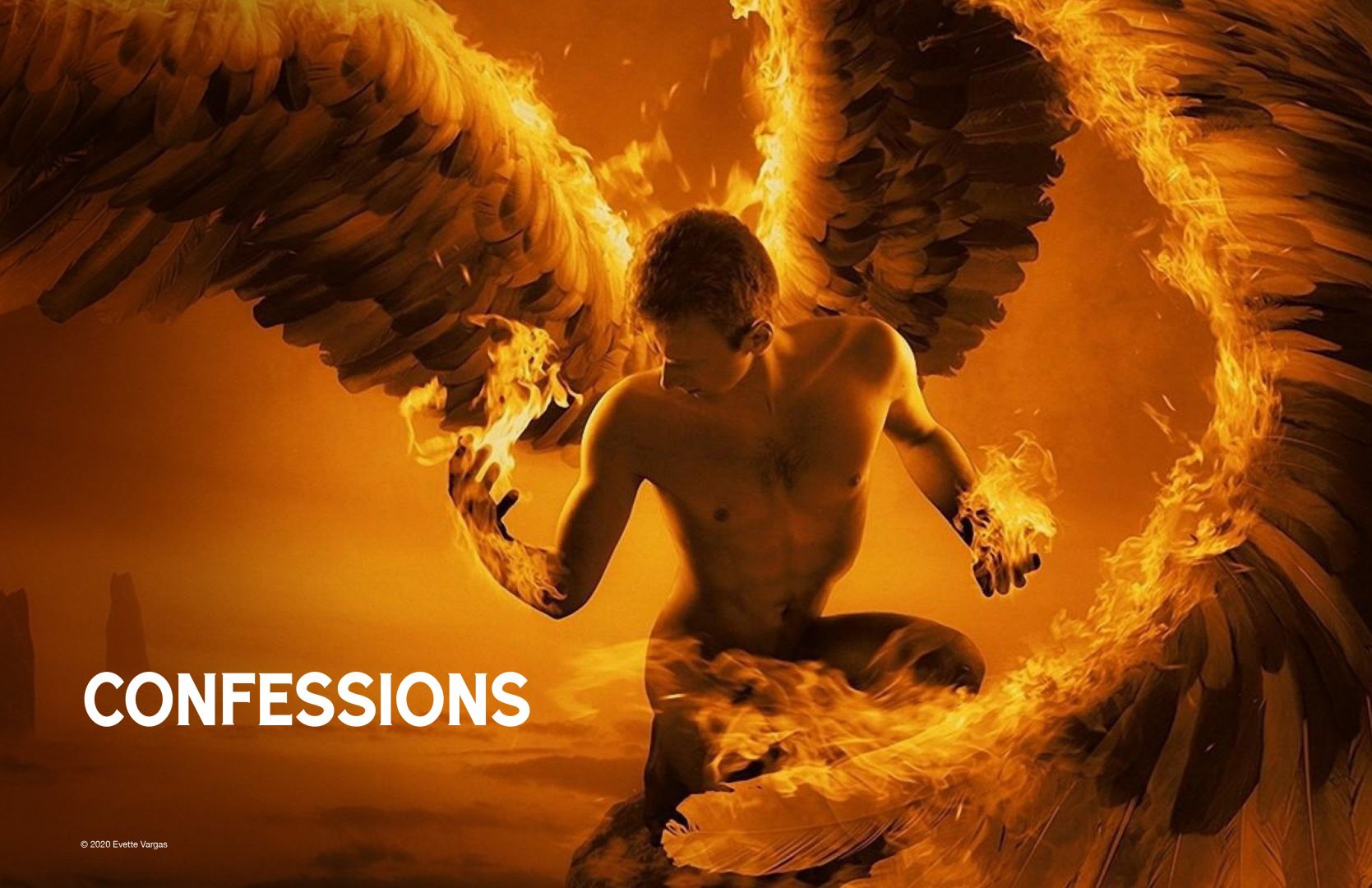 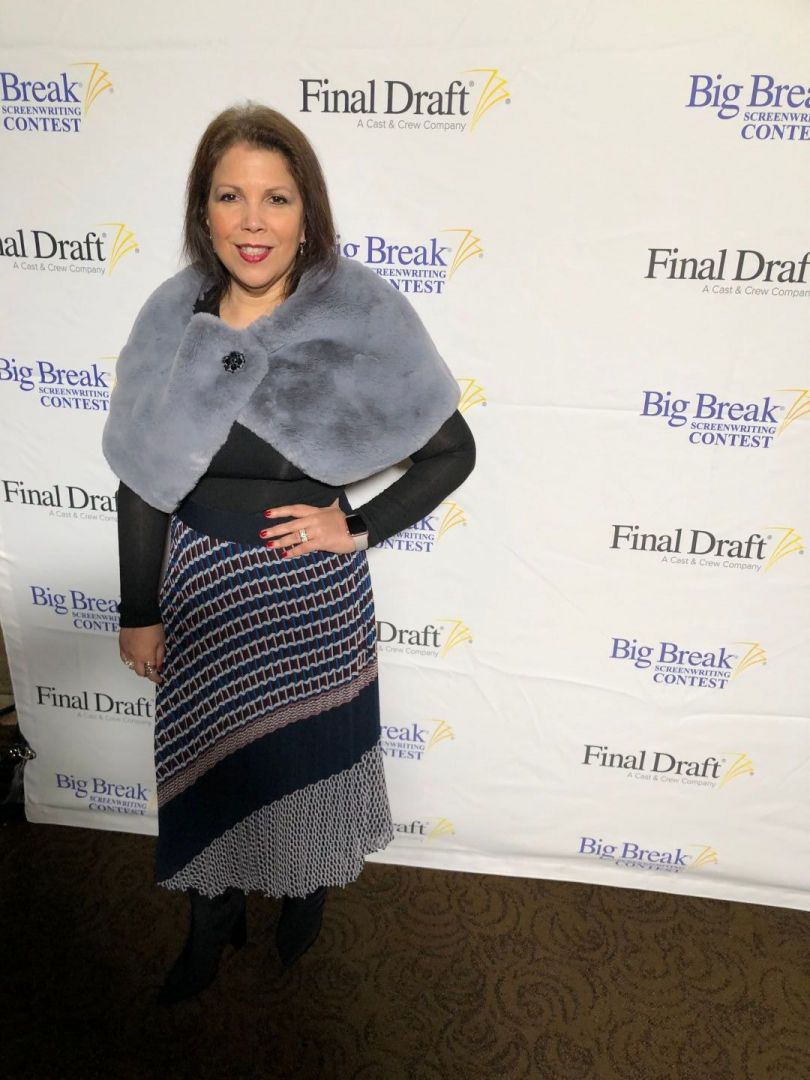 Alright, so let’s move onto what keeps you busy professionally?
A first-generation Puerto Rican Latina, born in the Boogie-down Bronx, I witnessed my first dead body, at the age of 5, outside of my grandparents’ bodega. Two years later, my parents moved my brothers and I into our first house, in New Jersey. This house was in the heart of white suburbia. I was a Latina growing up in white suburbia and eventually wanted my name to be Jenny. I wasn’t white enough for my white friends, and after losing my hood accent, I wasn’t Latina enough for Latinos. Art became my refuge. I grew up drawing, painting, writing and dancing and my creative gifts are what got me through it and eventually what helped me find my voice and made me stand out. My creativity and artistry expanded into graffiti and deejaying and learned to tell stories loudly at the dinner table, where the imagination ruled. After I graduated high school, I studied graphic and fashion design at FIT. I spent a semester abroad in Paris, beginning a long-distance relationship with a French pastry chef. I eventually worked as a fashion designer for Calvin Klein and Donna Karen, but I yearned to tell stories and wanted to study film. Luckily, I attended NYU Tisch on a scholarship. During this time, I directed music videos, commercials and I worked as an advertising art director before my senior thesis film won the best of NYU, got her a lot of buzz and got her to LA. In Hollywood, I utilized my art skills to secure work for the digital departments at the studios — Universal, Disney, Sony. After a few years, I founded a digital production company with my husband. Studios, production companies and music labels became our clients, including Madonna, Snoop Dog and Wu Tang Clan. But I can’t really talk about it. The NDAs are pretty thick. The work was extremely creative. I was able to integrate my art and writing skills, but after a few years, I didn’t have time to tell my own stories and I wanted to write for television. So, I decided to go to grad school. I received my MFA from UCLA in Screenwriting and Television Show-running. There, I wrote, directed and produced a digital series, starring Henry Rollins, which again I was able to utilize my art and writing skills. The series ended up being in contention for two Emmys in the interactive category. Today, I utilize my visual storytelling, design and writing skills for all of my projects. 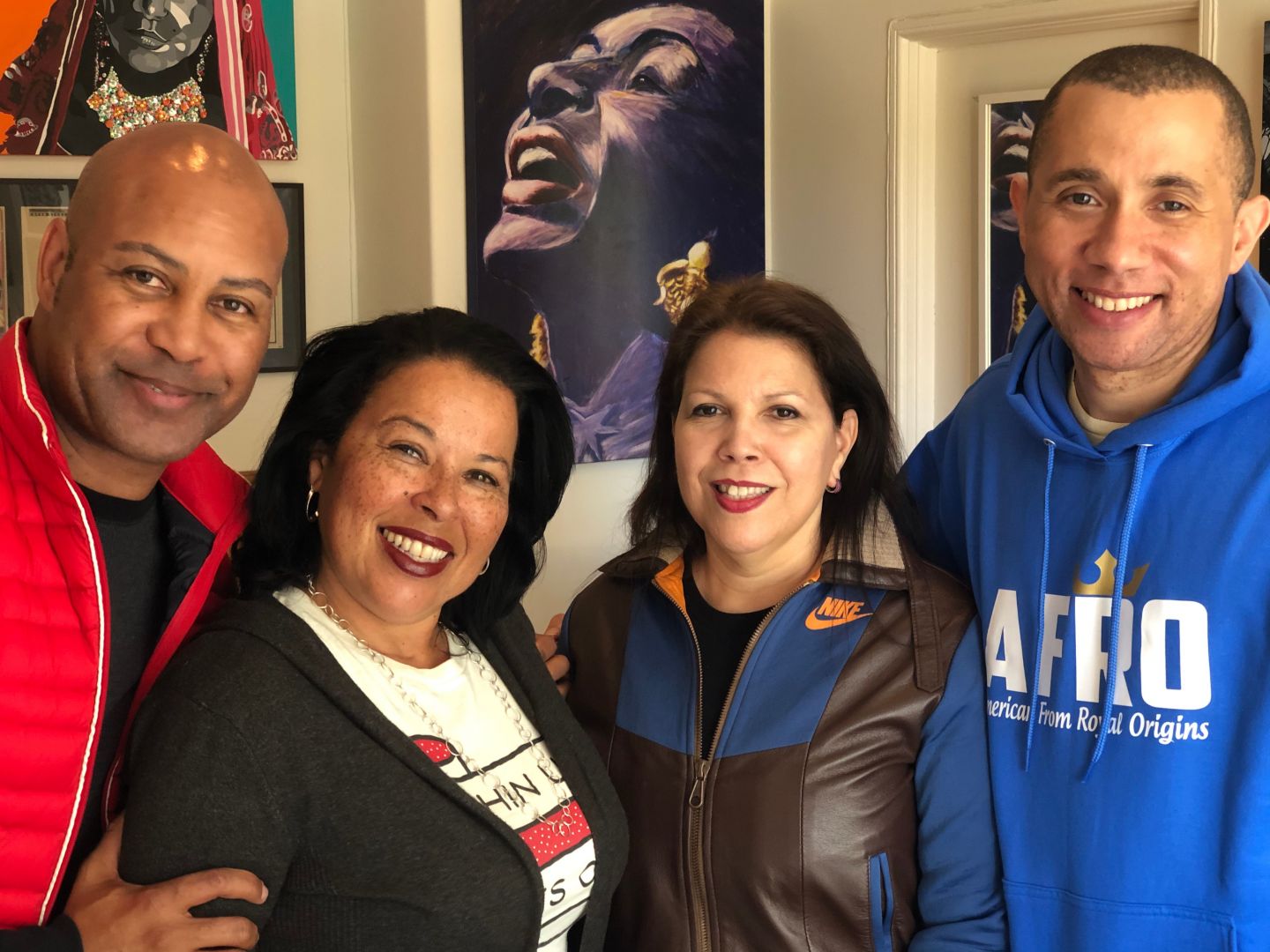 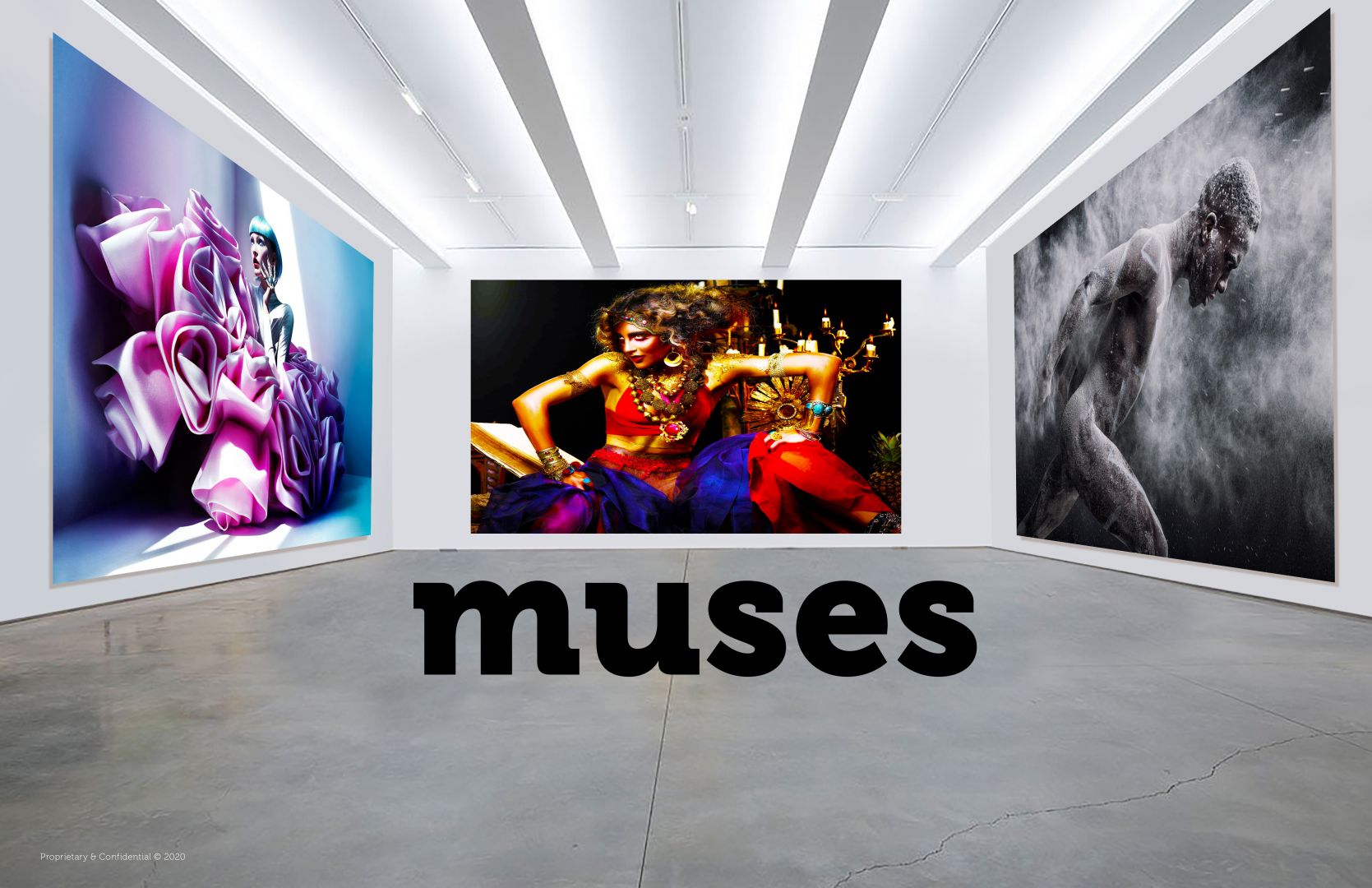 If you had a friend visiting you, what are some of the local spots you’d want to take them around to?
If I created an “LA must do” playlist of must see and dos, here are my top picks… The Pink Wall at Paul Smith, the Venice Beach Canals, the Micheltorena Stairs in Silver Lake, the Getty, the Bradbury Building, the Griffith Park Observatory and the Santa Monica Airport. 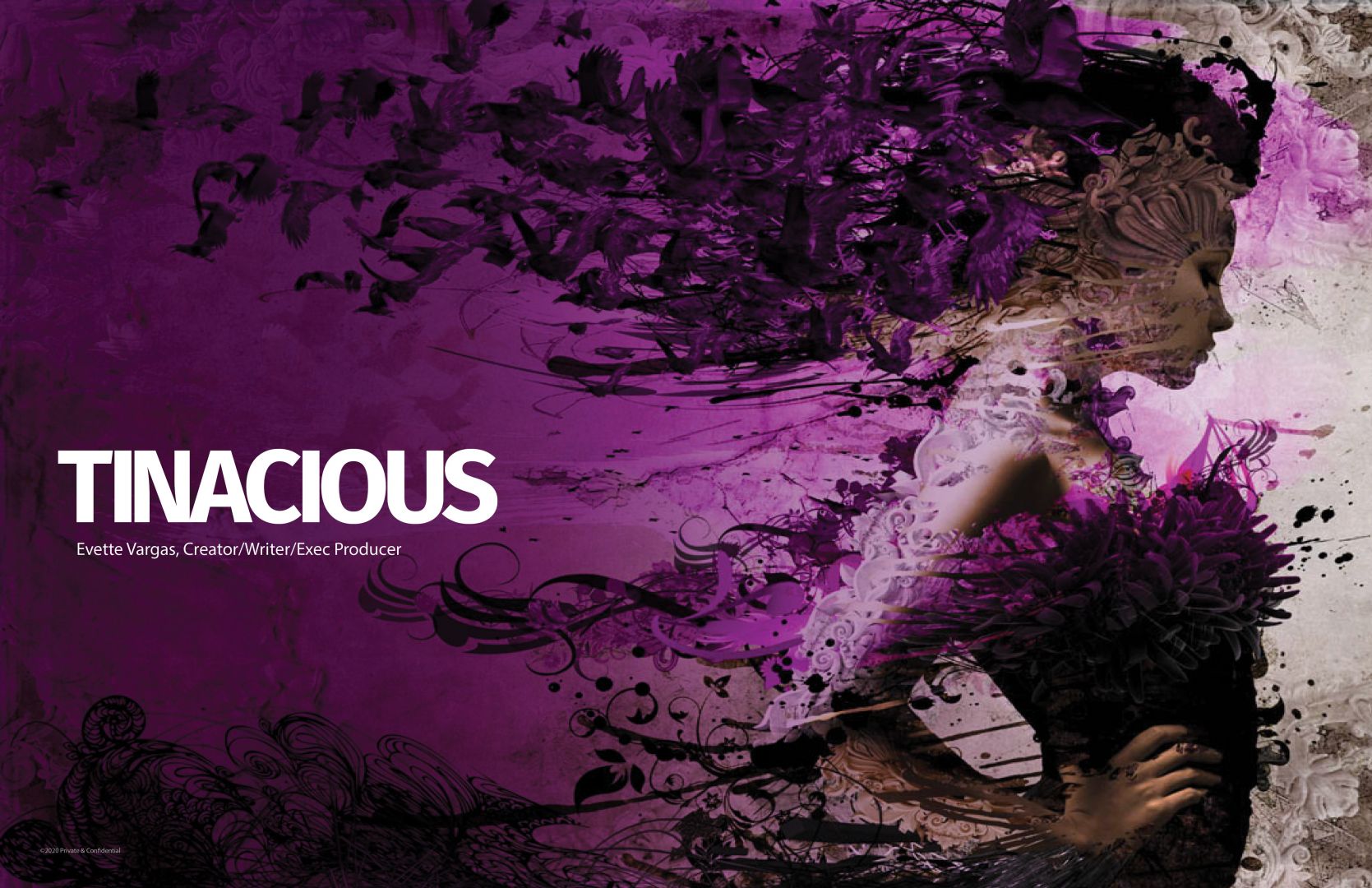 The Shoutout series is all about recognizing that our success and where we are in life is at least somewhat thanks to the efforts, support, mentorship, love and encouragement of others. So is there someone that you want to dedicate your shoutout to?
There are many people to recognize for my success, beginning with my incredibly supportive parents, Mike and Myrna Vargas. My grandparents immigrated from Puerto Rico to New York when my parents were 2 and 3 years old. From very humble beginnings, my parents created a beautiful life for my brothers and I and taught us to be the change we wanted to see in the world.