We had the good fortune of connecting with Garrett Clark and we’ve shared our conversation below.

Hi Garrett, why did you decide to pursue a creative path?
Initially it was a blind pursuit. Sheer gut instinct. In my world I had no other choice. I was so in love with what I was pursuing that I had tunnel vision. Later on as I got older it was more of a conscious decision. I have a number of other things I would like to pursue in life but after weighing everything out, I realized that the uncertainty of my future in comedy and in the arts as a whole would be so much more fulfilling. The other career paths that interested me had something of a blueprint, and I could see myself being in only one of three or four different places at the end of my career. I felt I wasn’t taking enough risk and that I should peek more into the unknown 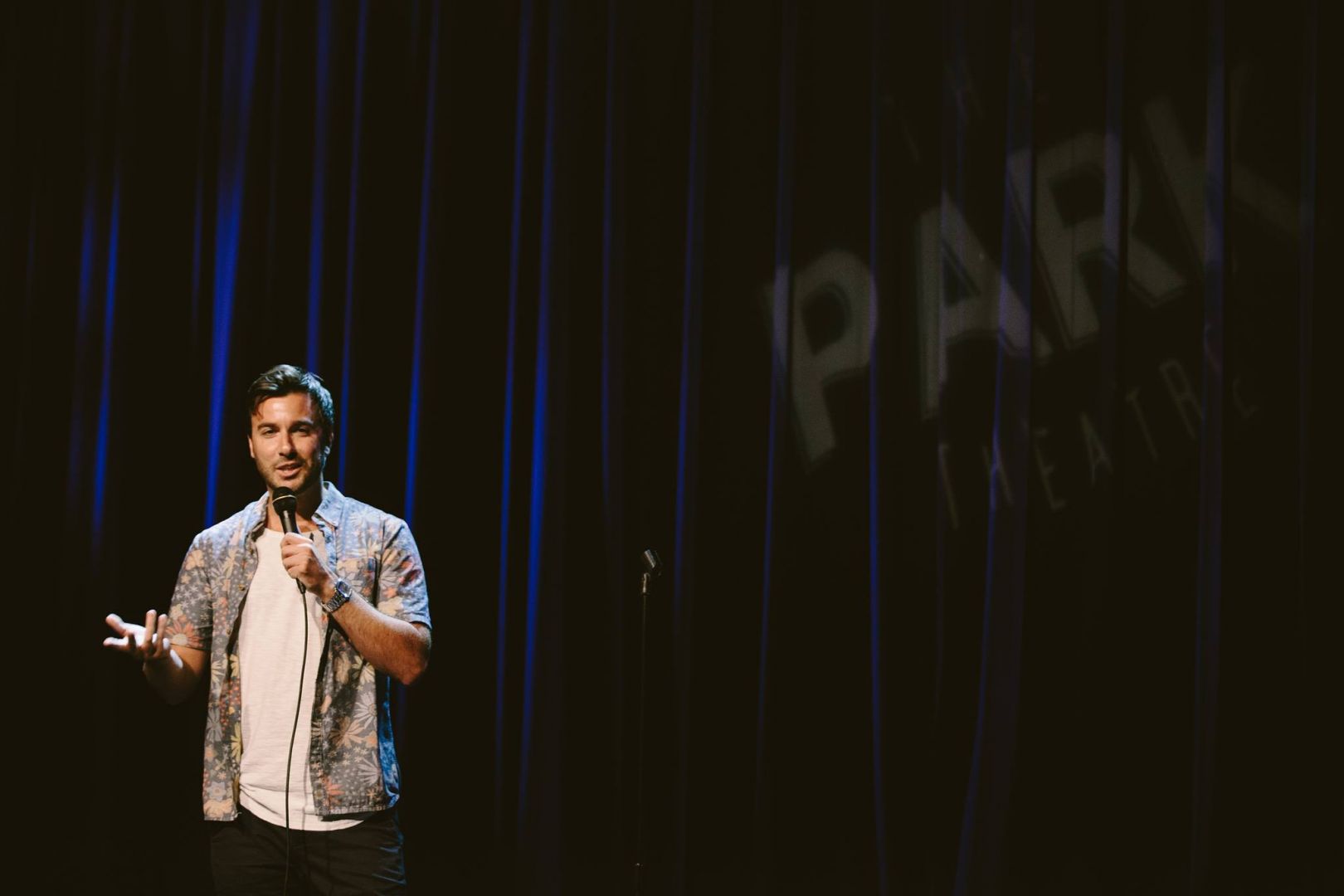 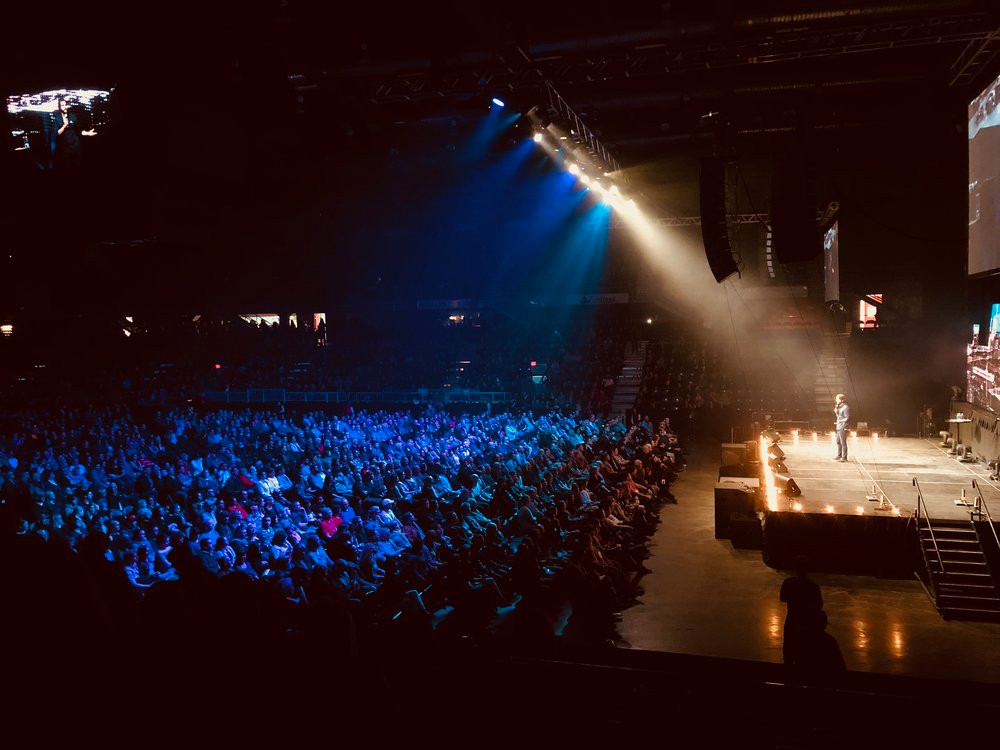 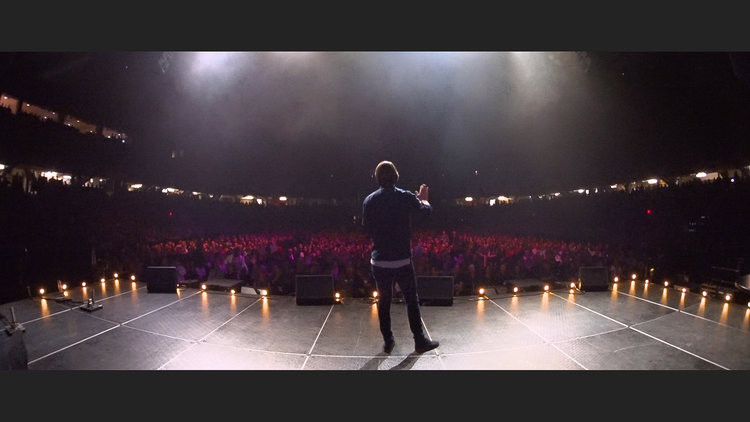 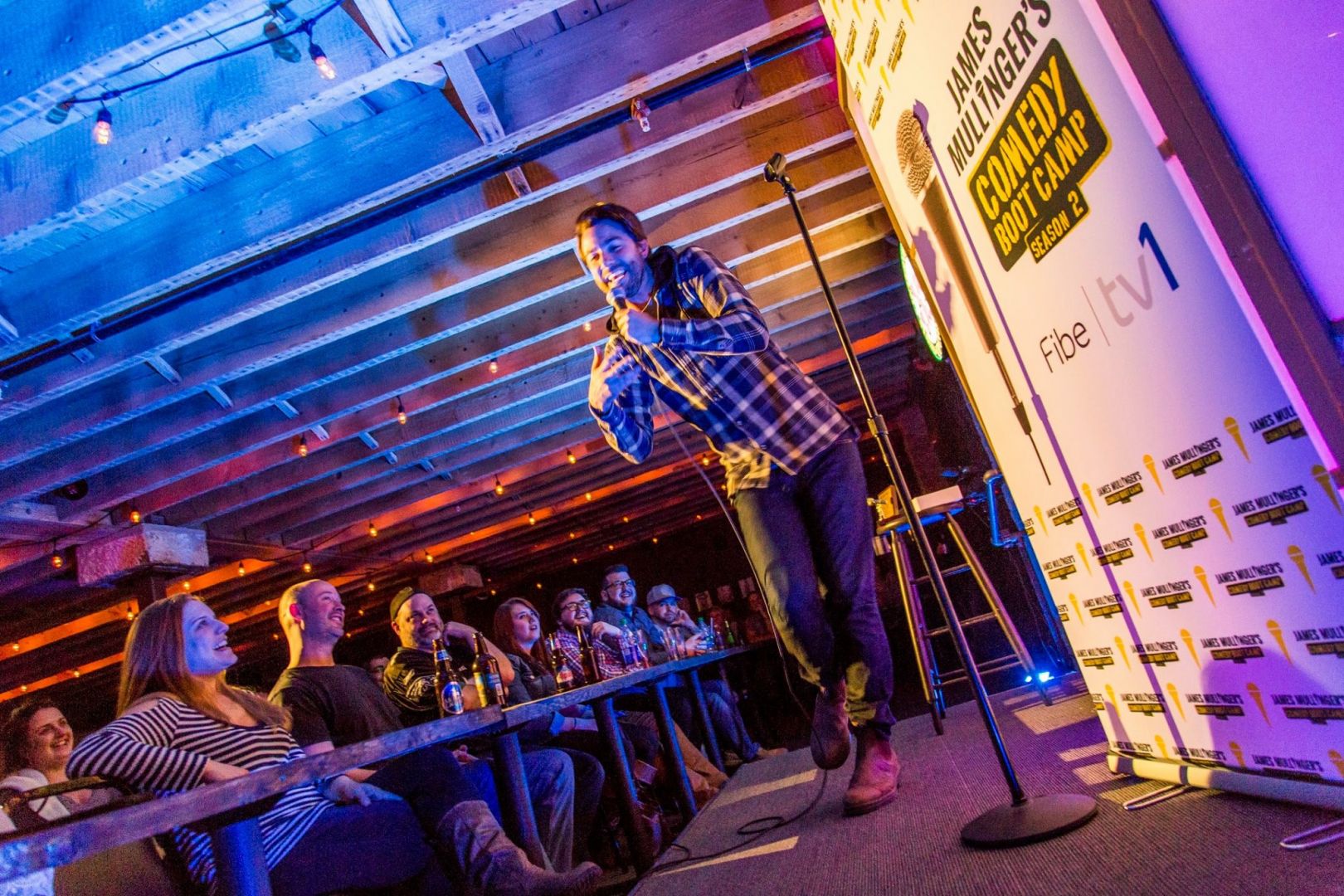 Let’s talk shop? Tell us more about your career, what can you share with our community?
I earned my chops as a fish out of water being an Australian comedian in Canada. I lived and earned my stripes in Toronto, Kelowna, Calgary and Vancouver. I think if I had to sum up one thing that made me stand out and seemingly have a different path from the many other Canadian comics, it’s that I always seemed to do my own thing. I didn’t run with any of the clicky crowds, which can actually perhaps be thanked for some of my struggles also. It’s an interesting thing… to quote Steve Martin in ‘Born Standing Up’, “ I have heard it said that a complicated childhood can lead to a life in the arts. I tell you the story of my father and me to let you know I am qualified to be a comedian”. I had a very privileged childhood, at least from the perspective of an outsider. I’ve been through many life events that have been very jarring, but most of them happened well into my comedy career. I feel the universe brought me a LOT of the credentials that are typically required to be a comedian well after I already was on I guess everyone needs to pay their dues. As for lessons, I get a sense I am still learning many. Ultimately the thing that I hold closest to me is kindness. Always be kind. Especially to those who are not to you. It will come back to you ten fold. Keep pushing through. Keep going. Keep loving yourself and know that you can do anything you set your mind to.

Any places to eat or things to do that you can share with our readers? If they have a friend visiting town, what are some spots they could take them to?
I have an interesting perspective of Los Angeles having moved here only a month before the pandemic. I’ve been able to cruise long distances in some of the shortest time frames that have ever existed in this city. I’ve also gotten to see a lot of places figuring out how to survive with outdoor alternatives and limited capacity. So from this unique perspective right after picking my pals up from LAX we would go right to Manhattan Beach for some sushi and patio brinks. Followed quickly but splashing our hair and faces with salt water. Luggage still in the car. I just moved to Torrance on Saturday so after this we would continue south, drop their luggage off, get comfortable, and had Beachside once again. We would do our best to be tame but in case we weren’t the third day I would wake them up at the crack of dawn to take them over to Palos Verdes. We would hike there and grab coffee and taking the beautiful scenes and calmness that is hard to believe is in Los Angeles county. later that day we would play golf with my dear friend, Emmy award winning comedian Steve Mazan. We play with his dogs and hang with his awesome wife Denise as well. She would be the one to tell us where to do all the most cliché LA things such as get acupuncture and find a gluten-free pretzel with vegan mustard and totes cray cray salt. I would of course need to give them a full scope of what Los Angeles has to offer and this includes Burbank, Pasadena, Leimert Park, as well as a nice cruise down the coast to spend a night or two in San Clemente. I’m in flight school now during the pandemic since I haven’t been able to do much comedy. An interesting predicament for someone who moved here on an entertainment green card. So I would take them flying out of Zamperini Field in Torrance and I will give them an aerial view of this glorious city. Top to bottom. Doing touch and goes in Long Beach, Santa Barbara, and just for fun Hawthorne airport. We’re simultaneously you can land next to an air New Zealand Boeing 787 that’s only a few blocks to the north at LAX. Years back, in 1979, my father played for the Los Angeles Rams. He actually went to Super Bowl 14 with them against the Pittsburgh Steelers. Coincidentally my parents were actually married here that same year. So I do have a connection to this place even though I feel I moved here very independently. I would take my friend or friends to Huntington Beach to show them where my parents lived, and to meet Krissie Anderson. An ex employee of the Rams who was the only witness to my parents wedding. The last few days of the trips we were just walk around Torrance and experience new things together. European delis, the restaurants, and the simplicity of how glorious the street can look when it’s lined with a sunset and palm trees that are sitting right next to gum trees. What a magical place. Then I’d tell them to piss off cause I need some solitude. 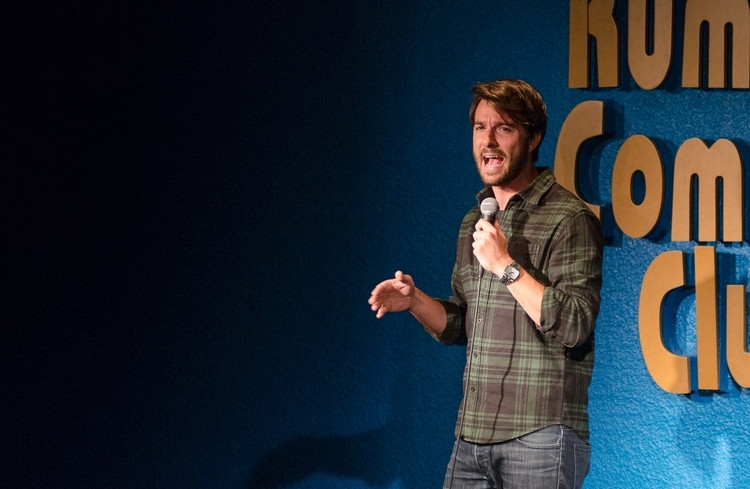 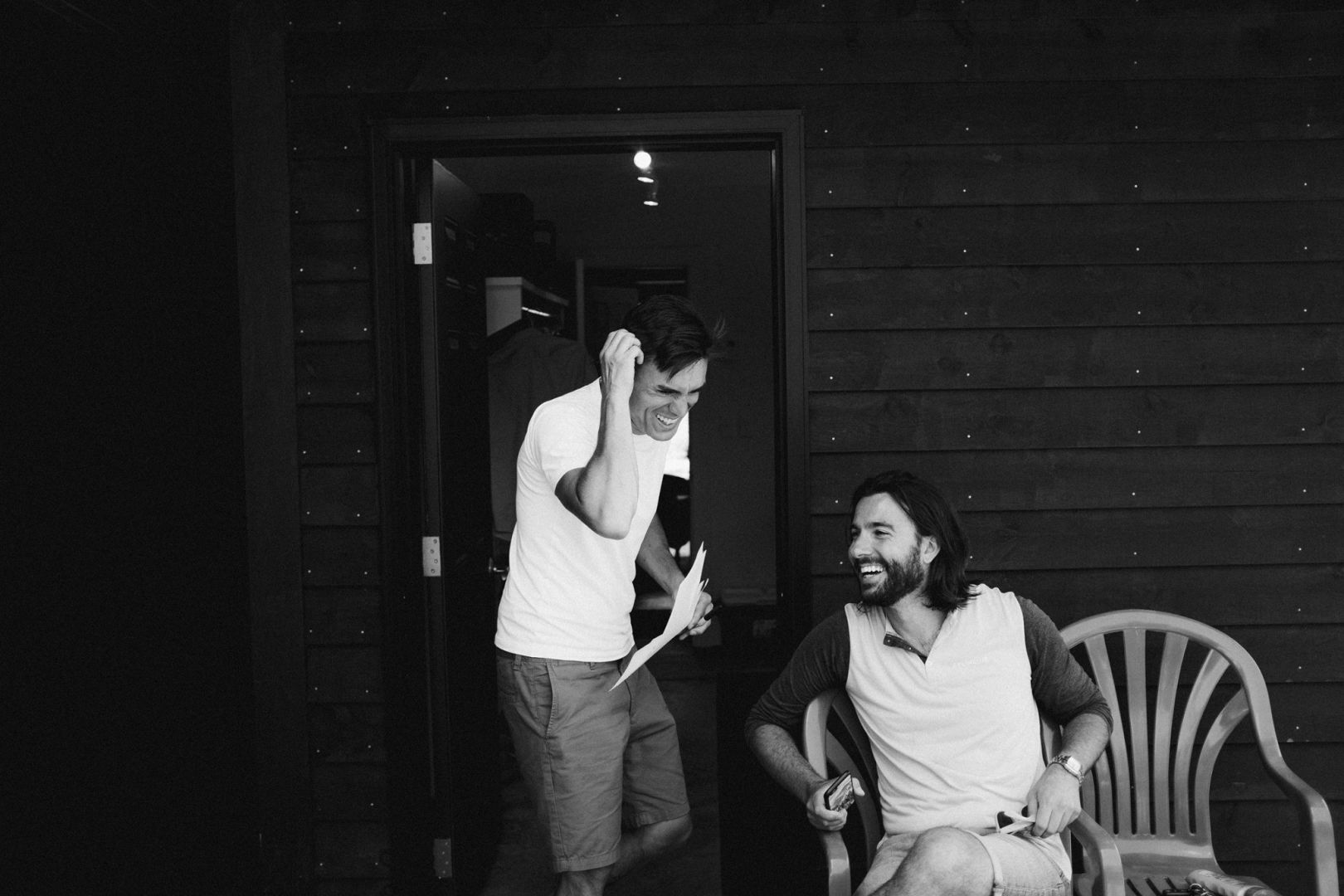 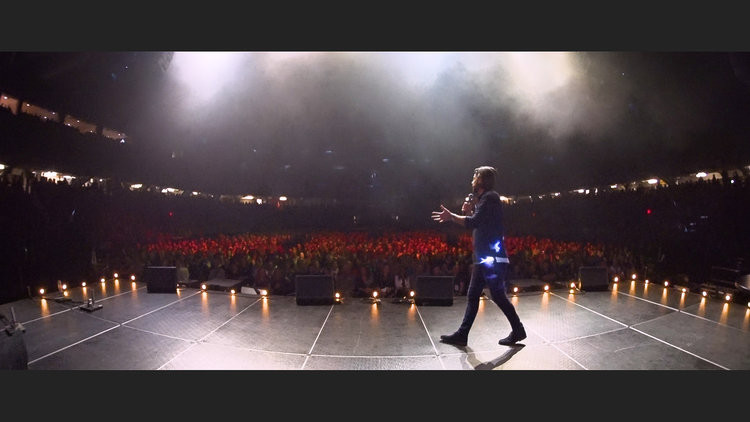 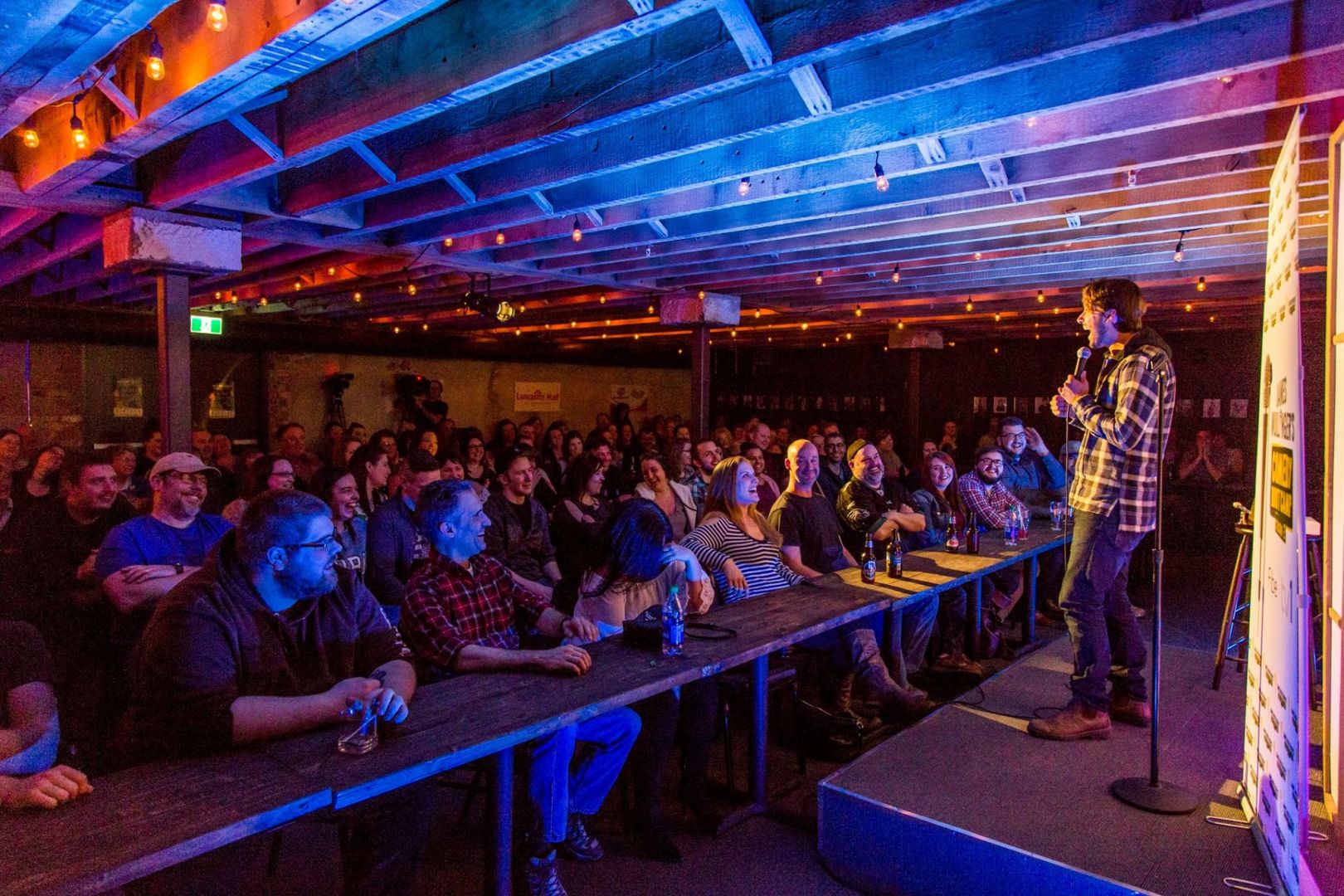 Shoutout is all about shouting out others who you feel deserve additional recognition and exposure. Who would you like to shoutout?
Without question it’s Yuk Yuk’s. A chain of Comedy Clubs in Canada of which I’ve been on the roster since my early 20s. Without the opportunities given to me by founder Mark Breslin and all of the bookers at the company there is no way I would have developed the chops to accomplish what I have and to continue the pursuit in the United States. They gave me a stage and a microphone for my very first stand-up set when I was 17 and they have kept me working as a pro for over a decade. They have also shown me love and support through very hard times and to this day continue to lift me up. Specifically I would like to shout out to Kyra Williams, Kelly D’Amour, Jessica Guinty, Ariel Kagan, Tony Krolo, Alex Ross, Beth, Stacey Gibbs, Fatima Mohammed, Jack Norman and Mark Breslin.

Also, not from Yuk Yuk’s, but British comedian James Mullinger I need to shout out in a massive way. The man has done more for me in comedy than any other single person. He’s put me in front of a sold out arena (of which he’s sold out a number of times now), he’s put me in news papers and documentaries, had me open for him in his home town of Maidenhead, England and so much more. A true legend so LOOK HIM UP.