We had the good fortune of connecting with GeNienne Samuels and we’ve shared our conversation below.

Hi GeNienne, what was your thought process behind starting your own business?
I had been working in corporate America for 10 years. I saw a lot of success in my role and moved up in a company ranked number 15 on the Fortune 500 list in a very short period of time as a consultant. I excelled at what I did but I wasn’t passionate about the work. So I volunteered for a release in force in an effort to go pursue my true career passion… Being a news anchor. In the process of trying to figure out my next move, I started my own consulting company. I focused on process improvement and quality engineering for the government and small businesses. The business took off very quickly and I was soon overbooked and overwhelmed. Around the same time, I retired as a professional cheerleader for the NFL and started getting tons of questions about how to become a professional cheerleader. I realized there was a void in this industry. While the cheer instruction industry was oversaturated for elementary, middle school and high school kids, there weren’t any pro cheer prep companies. This void in the marketplace sent “flashing lights” to my head and that’s when I started Sideline Prep as a side business. During this time I also kept my dream alive to be a reporter/anchor by freelancing for a TV station and being the In-Game host for numerous pro-level teams… NBA’s Washington Wizards, WNBA’s Washington Mystics, AFL’s Baltimore Brigade, NFL’s Washington Commanders and NWSL’s Washington Spirit.
Over the course of less than a decade, I was also able to grow my side hustle into my full-time career. I stopped consulting for other companies and focused my attention on young women… helping them level up from the inside out, and ultimately coaching them to make pro and semi-pro dance teams for the NFL, NBA and other sports leagues. In the process, I also focused on myself… I am now a full-time primetime anchor for an ABC affiliate station… living my best life and running Sideline Prep. 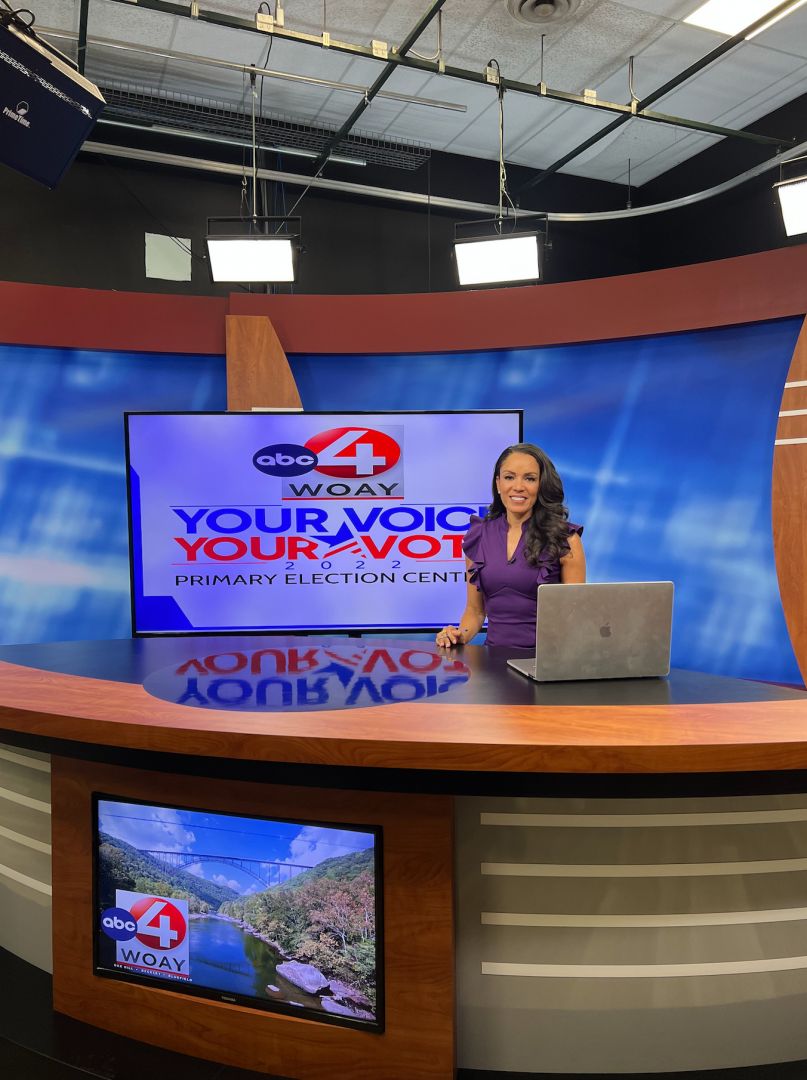 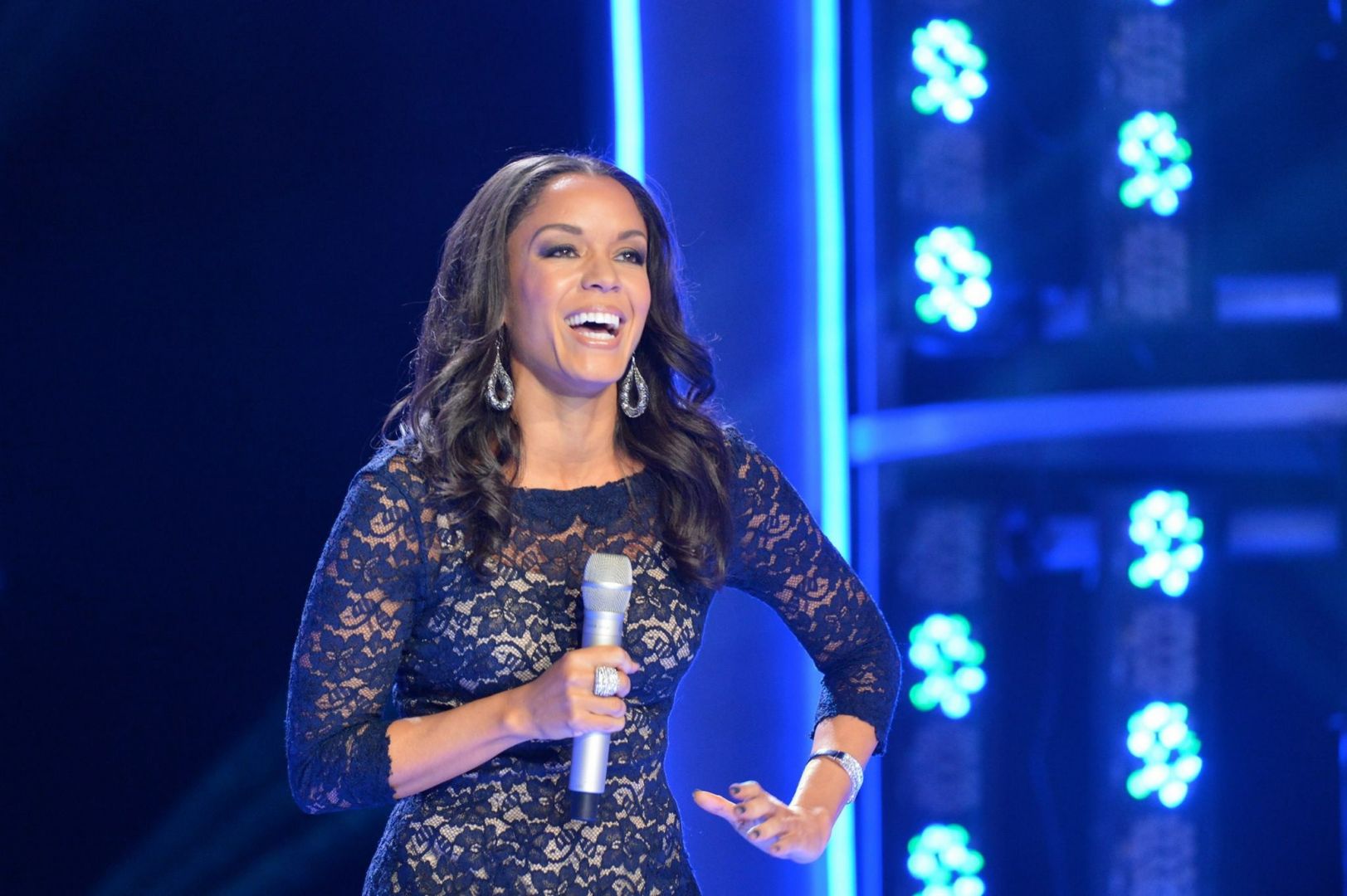 Can you give our readers an introduction to your business? Maybe you can share a bit about what you do and what sets you apart from others?
I am the President/CEO and Co-Founder of Sideline Prep. I had an amazingly unforgettable experience as a cheerleader in high school and a co-ed stunter in college. The adventures and experiences became more profound and more meaningful as I entered the professional arena… while holding down a 9 to 5 at a Fortune 15 company. From dancing on the sidelines, field and court of an NFL and NBA game to performing for our United States troops overseas… the memories were far-reaching and everlasting.

I knew very well how challenging it was to realize my dream – to be a professional Cheerleader. There were no resources, no companies, and no guidance to help young women make it the professional level as a dancer. But I figured it out on my own and eventually heard my number called as a Rookie on the Washington Redskins Cheerleaders (now Commanders). Soon after I hung up her pom poms after her 11th season as a professional cheerleader for the Commanders and then the Wizards (NBA), my attention shifted to helping young women realize their dreams; and Sideline Prep was born. I wanted them to experience the life I had lived for 11 years.

To date, Sideline Prep has helped hundreds of young ladies and men, who we call “Lovelies” and “Gents” not just in realizing their dreams but also on the emotional and physical aspects – to look better and feel better about themselves. We aim to not only get them prepared for auditions but aid them and guide them in becoming more confident, powerful and fierce women/men! Sideline Prep is not just a coaching company… it’s a family.
To date, we have helped women/men make 16 different NFL and 14 different pro cheer/dance teams across the United States.

Sideline Prep – Junior focuses on providing cheer and dance camps for kids ranging in ages from 5 years old to 17 years old. Through these camps there is a focus on cheer and dance but also health, nutrition, fitness, self-confidence and more!

My passion in this field along with my strong advocacy in helping aspiring young ladies and men, has yielded a high satisfaction rating from clients, a whopping 98%!

What do I want the world to know about me? Sideline Prep… and I CARE more. For us, it’s not just about helping someone make a team. At the core of everything we do is helping our clients from the inside out… working on their confidence and mindset. We’re more than a pro cheer prep company. We help people level up in ALL areas of their life. 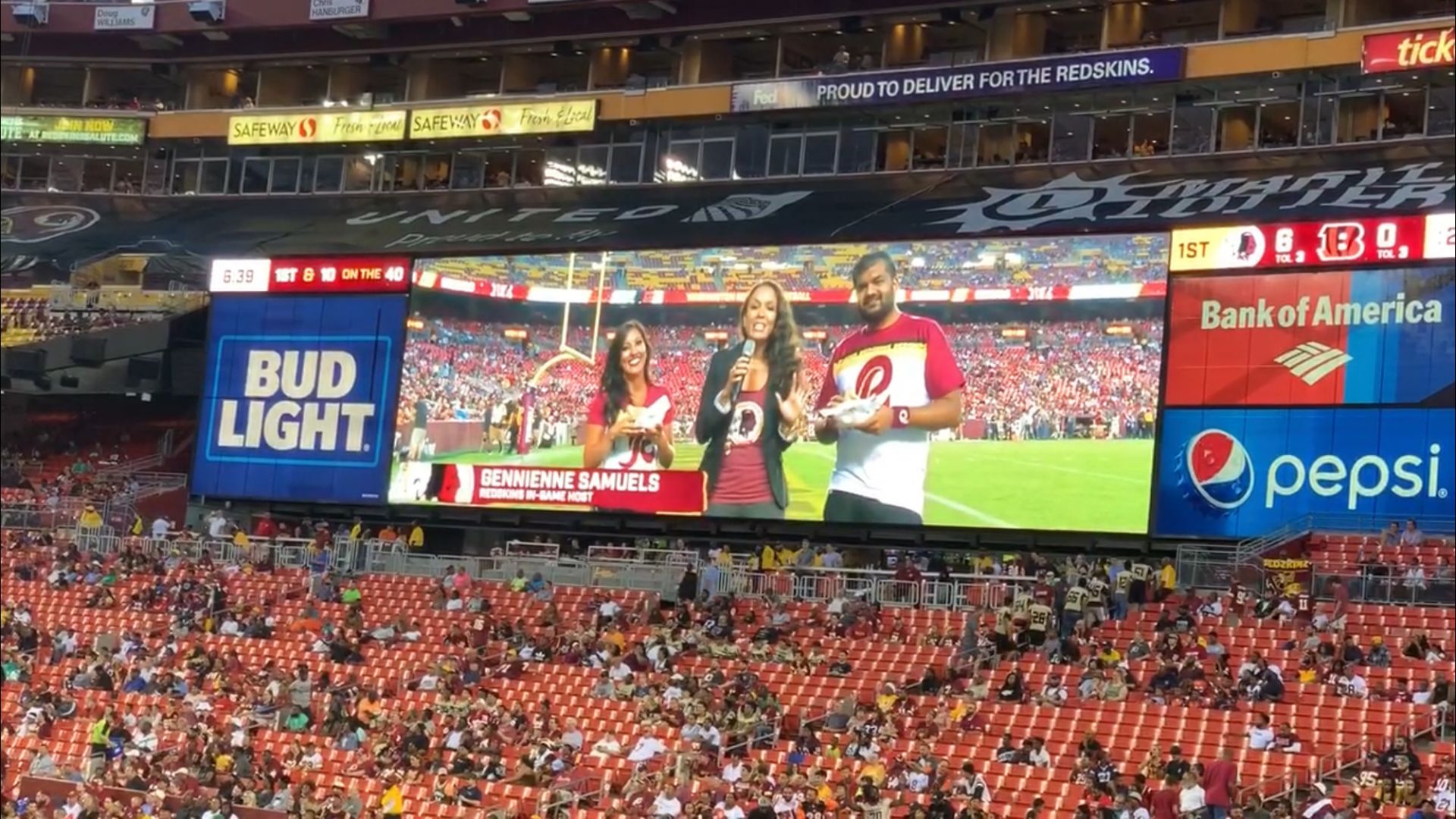 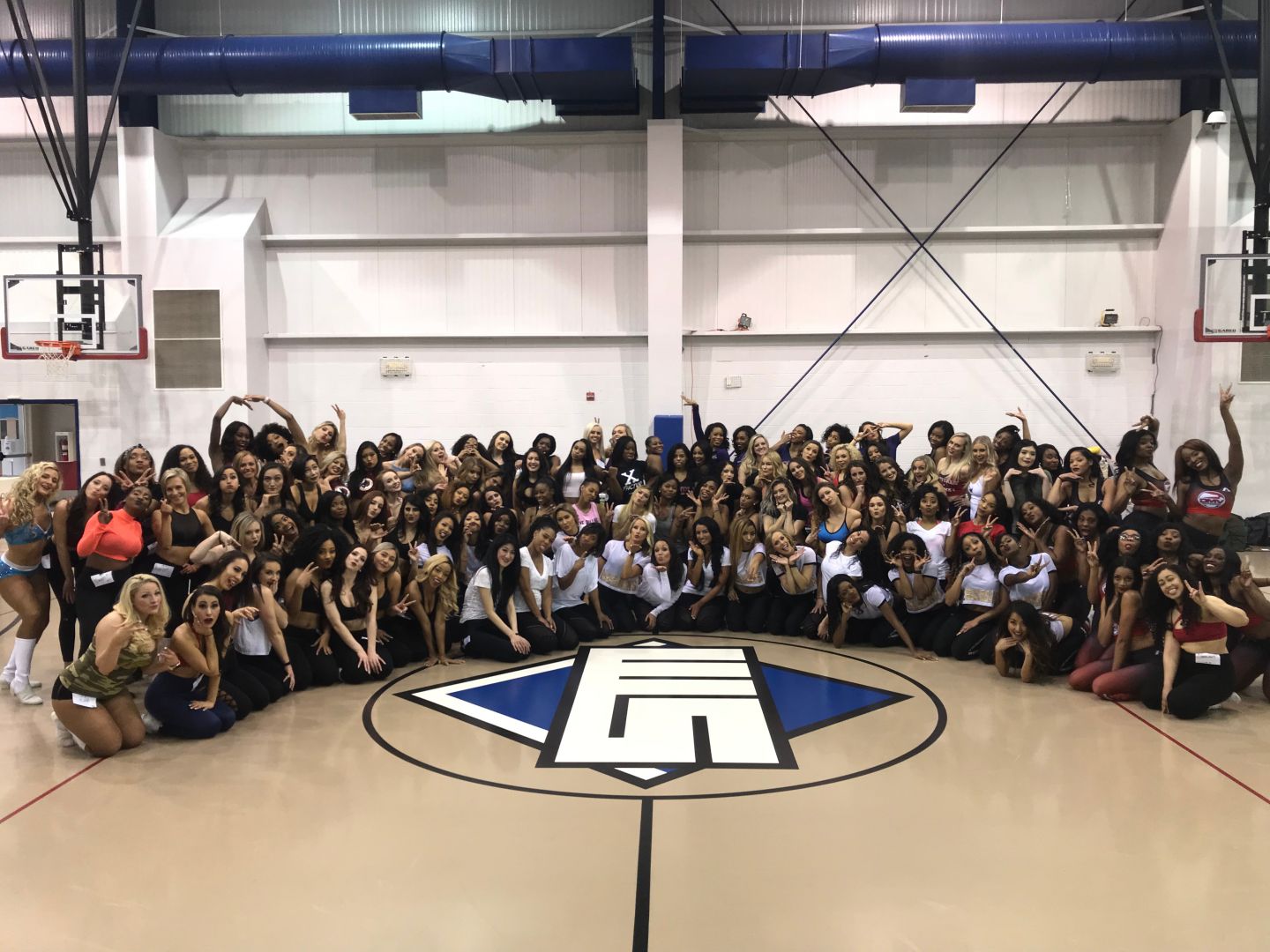 Any places to eat or things to do that you can share with our readers? If they have a friend visiting town, what are some spots they could take them to?
Since I’m living in both West Virginia and Maryland now… I’ll share my favorite spots for both. First, West Virginia is the most underrated state EVER!! It definitely doesn’t get the props it deserves. The scenary is breathtaking, the people are the nicest, and the weather is breezy and peaceful. There’s tons to do here, especially during the spring and summer. The first stop would be the New River Gorge National Park & Reserve. We’d hit Adventures on the Gorge so we can hike, go white water rafting, rock climbing and ziplining. We’d also take tons of pictures at the New River Gorge Bridge, which is the fifth longest and third highest bridge in the United States. I live less than 15 minutes from this beauty!! As for resturants, we’d hit Smokies, Pies and Pints for pizza, El Bandidos for mexican and Tudors for the best the best biscuits on the planet.
As for Maryland/DC, there’s obviously endless options here. We could spend days at various musems in Washington DC. Some of my favorites are the National Museum of African American History and Culture, the Smithsonian, and the National Gallery of Art.
We could also picnic, lay arond, workout or walk at the National Mall. We could also head to the Waterfront for eats, people watching and relaxing. DC has some of the best resturants as well… some of my favorites Joe’s Seafood, Prime Steak & Stone Crab, Oceanaire, Founding Farmers, Zaytinya, St. Anselm (amazing biscuits), Del Friscos and
And since I’m in Maryland, we’d also head to the Annapolis waterfront for sightseeing, walking and crabs!! Another fav pasttime, getting crabs steamed at the waterfront in DC or Annapolis and then taking them to my house, having friends over and enjoying the company, good music, crabs and beer! 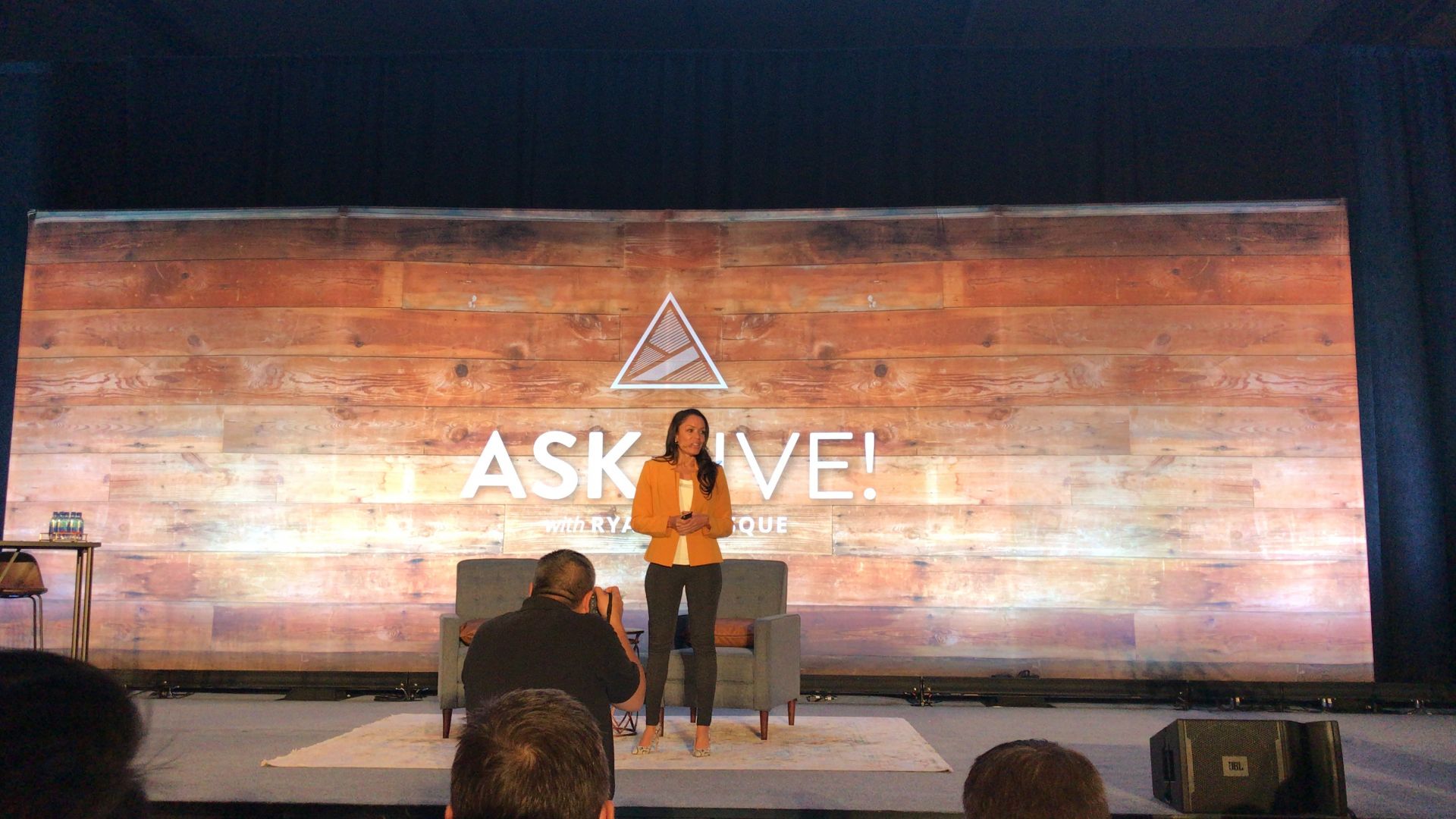 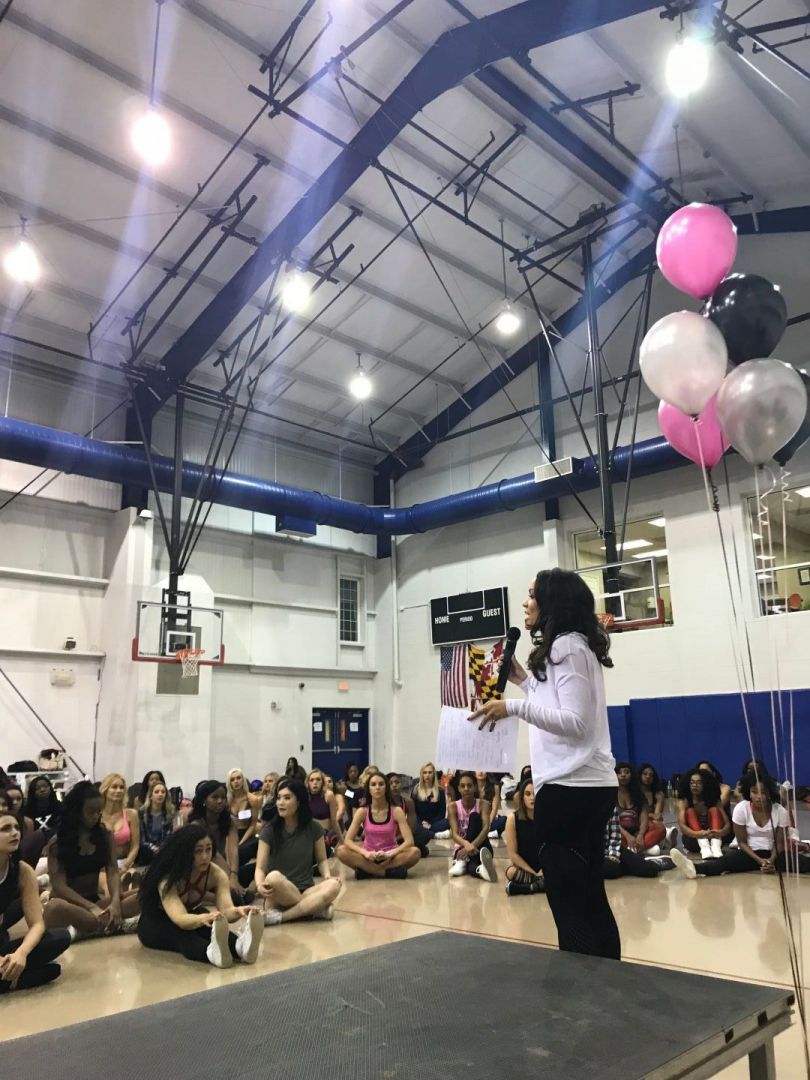 Shoutout is all about shouting out others who you feel deserve additional recognition and exposure. Who would you like to shoutout?
I’m definitely a believer in the quote by Edith Piaf… “When you’ve reached the top, send the elevator back down for the others.” My life is a series of ups and downs resulting in others sending the elevator down to me… and me in turn, sending it down for others. There are so many people/groups to shout out… but I’ll start first with the Man of upstairs. All glory to God who has given me the strength to push through the toughest of days and still come out on top I’m a firm believer that He won’t allow me to go through anything that I can’t handle. Next… my family. My Mom and Dad instilled the best qualities of strength, perseverance, care, kindness, humility, humbleness and power in my sisters and I. We are because they are. They taught us to keep “pumping our arms” when times got tough; smile and buckle down even when you’re struggling inside; fail and fail again but never stay down; don’t be too prideful when you need help…. ask for it; and support and love all people, regardless of their skin color, accent upbringing or attitude.
So many groups of people…. all the teams I was a part of (track and field, cross country, UR Cheer team; Washington Redskins Cheerleaders (now Commanders), Washington Wizards Dancers, CTV News team; Army’s Operations Rising Star crew, Alpha Kappa Alpha Sorors, SMC, Verizon, The ASK Coaching; Unstoppable Entreneuers; Jim Fortin; James Wedmore; etc…. The list goes on. You know who you are!!
The books that have had the BIGGEST impact on me making huge forward progress, espeically in the last decade… “The Miracle Morning” and “The Miracle Equation” by Hal Elrod and The Five Second Rule by Mel Robbins. 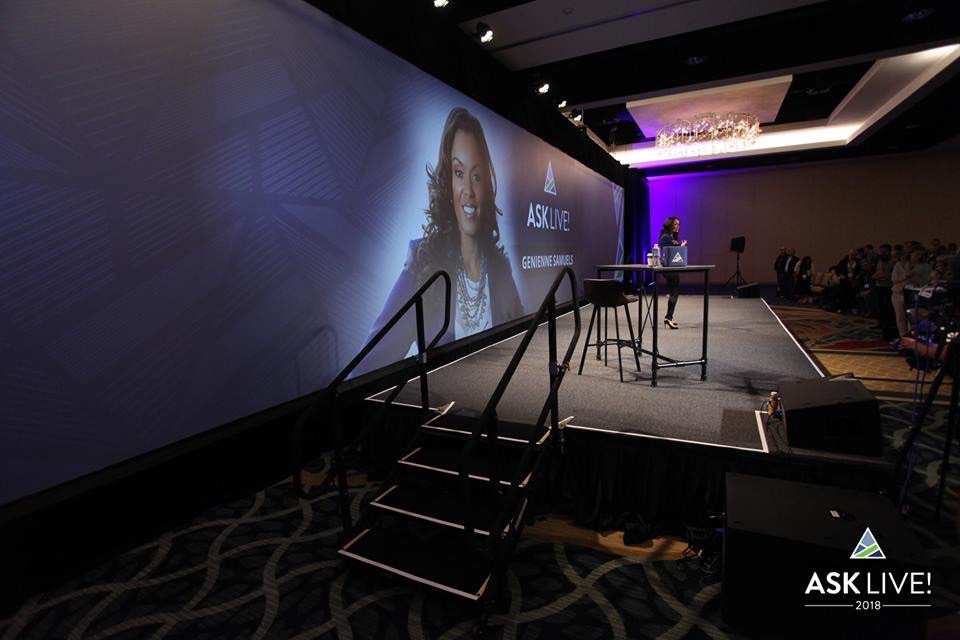 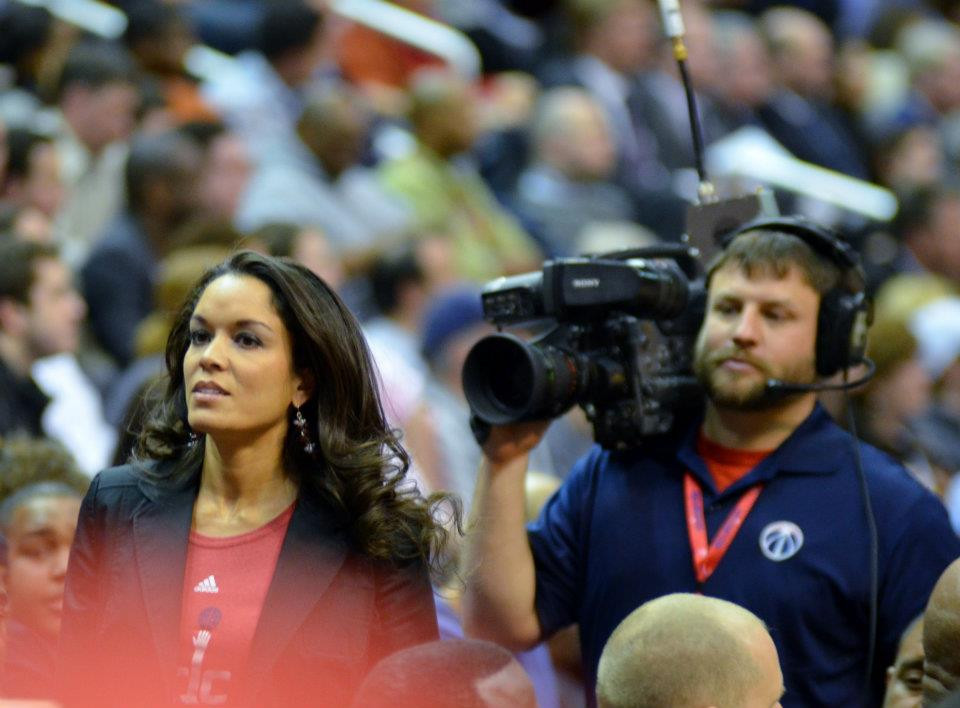